Jim Haislop was known as the successor to Steve Reeves with his incredible physique. He’s one of the greatest bodybuilders in the history of the sport to never turn professional.

Although Jim’s relatively unknown in the mainstream, he’s widely appreciated by bodybuilding and fitness enthusiasts for his work in the industry. 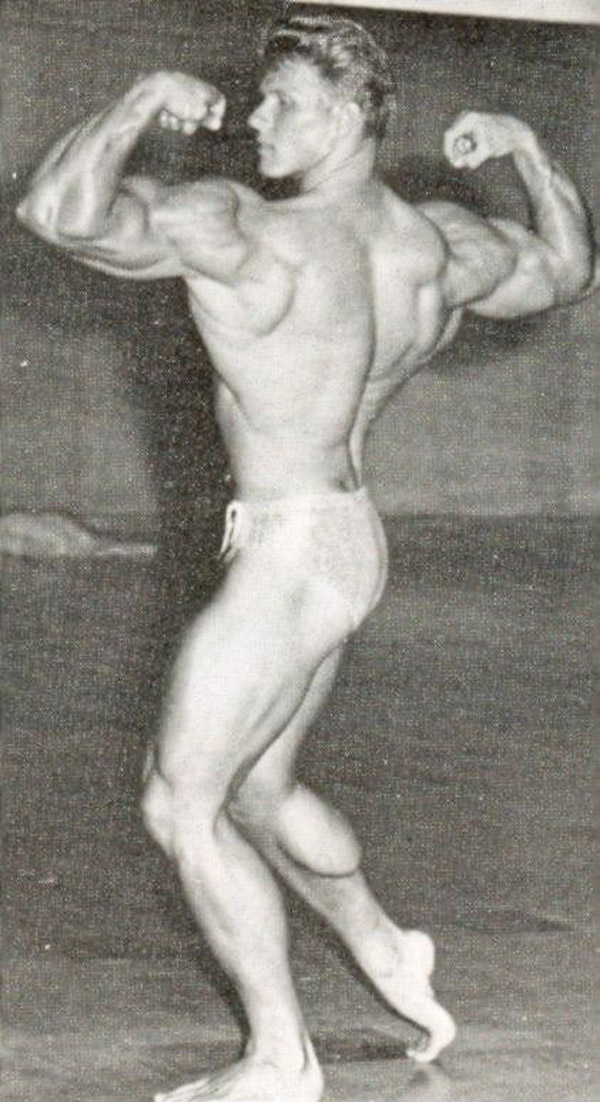 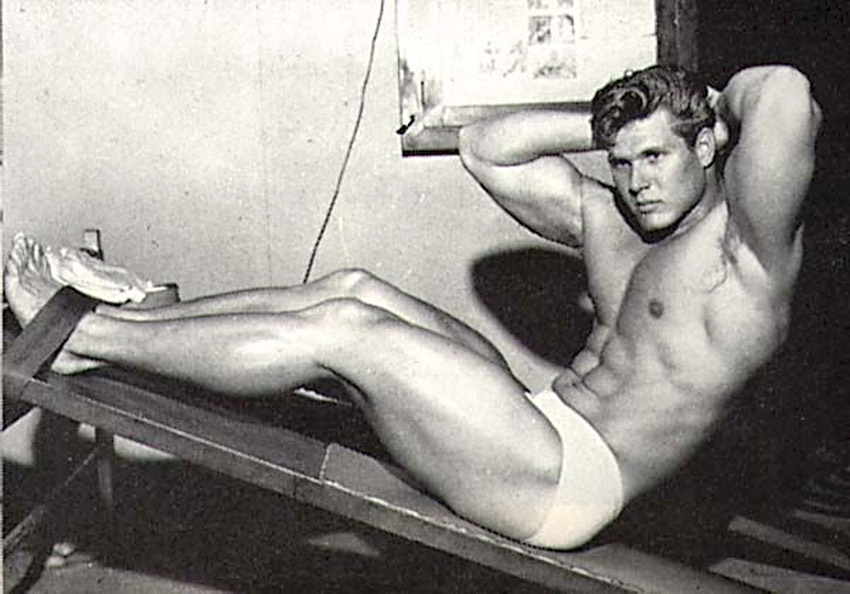 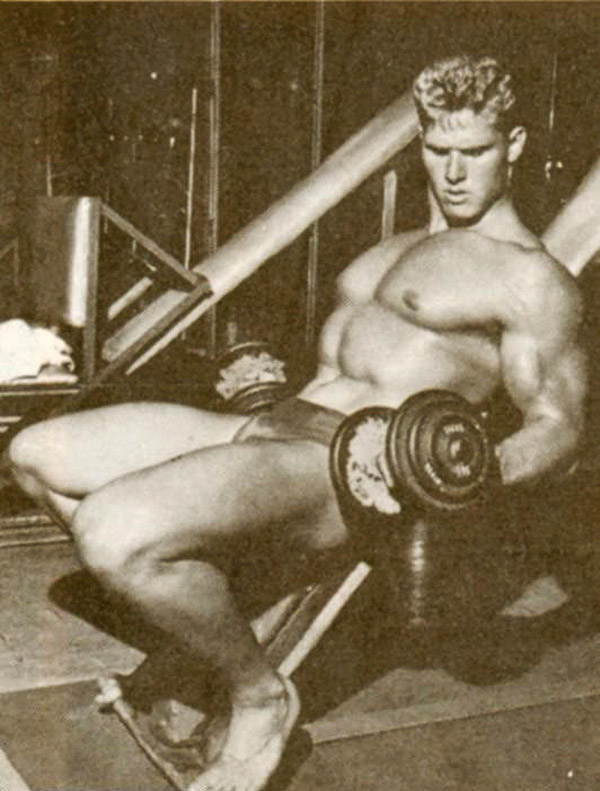 Born and raised in Florida, America, Jim always had a passion for fitness. He began working out at an early age and he made serious progress very quickly – his genetics allowed him to develop a unique figure resembling Steve Reeves.

By his early twenties, Jim had already sculpted a great physique.

In 1965, at the age of 23, Jim entered his first competition – the AAU Mr. Florida show. Impressively, he walked away as the champion, placing first in his debut contest.

That same year, he placed a very respectable 3rd in the nationals (AAU Mr. USA). At this point, he had committed his future to the sport, determined to make a name for himself. 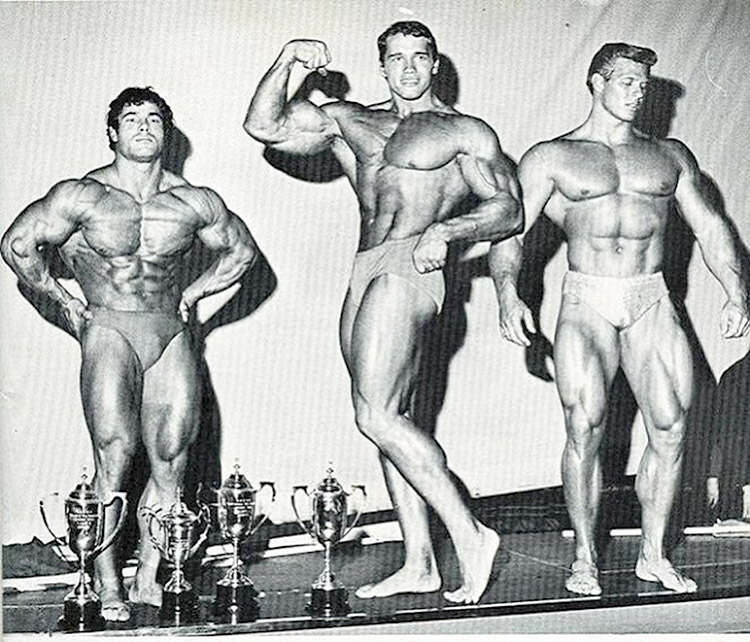 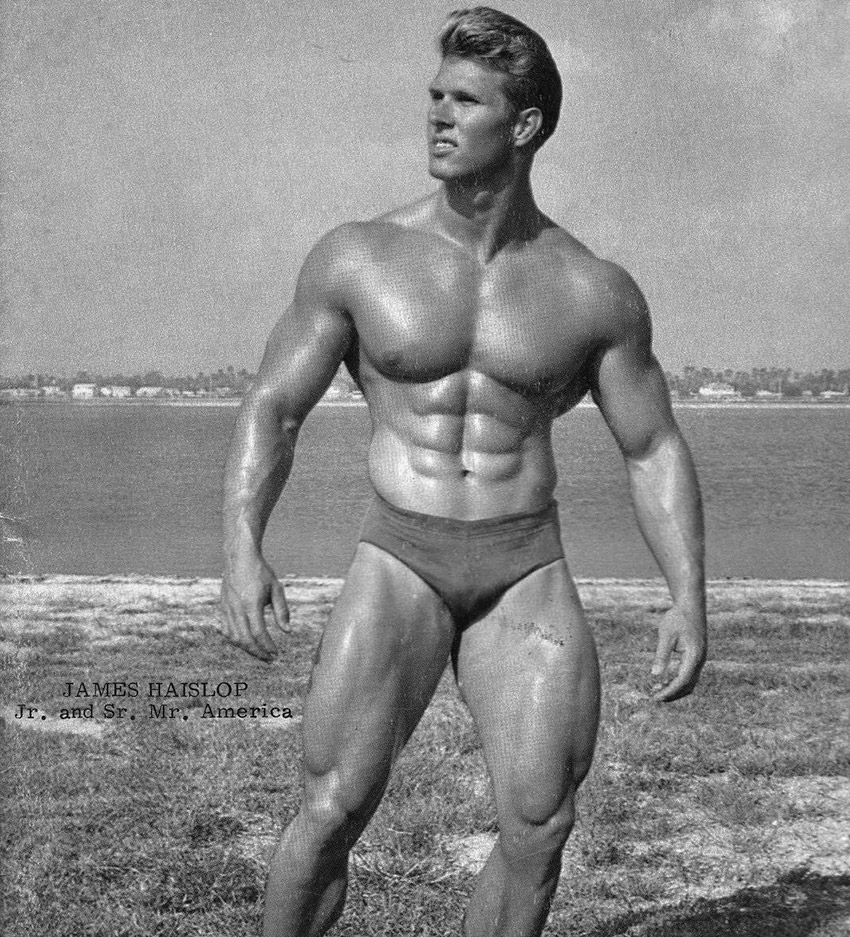 Over the next 3 years, Jim competed in a further 12 shows, taking home 5 trophies in the process. However, during the 1960’s, the only way to earn a Pro Card was to win the Mr. Universe overall title.

Although Jim placed 2nd in the 1968 Mr. Universe, he didn’t manage to become a professional bodybuilder.

After years of coming close to earning his Pro Card, Jim stepped on stage for the final time in 1969 at the NABBA Mr. Universe competition. He proved his ability to perform at the highest level by placing 1st, ending his short but memorable career on a high note.

However, Jim had always been regarded as one of the greatest bodybuilders in the world throughout his career (even by Arnold Schwarzenegger). After his retirement at 27-years-old, Jim was invited to use his experience as an athlete to judge countless NPC contests.

The fact that he never turned professional didn’t stop Jim from cementing his legacy into the sport’s history – he’s frequently compared to the great Steve Reeves and considered one of the most aesthetic bodybuilders the industry has ever seen. 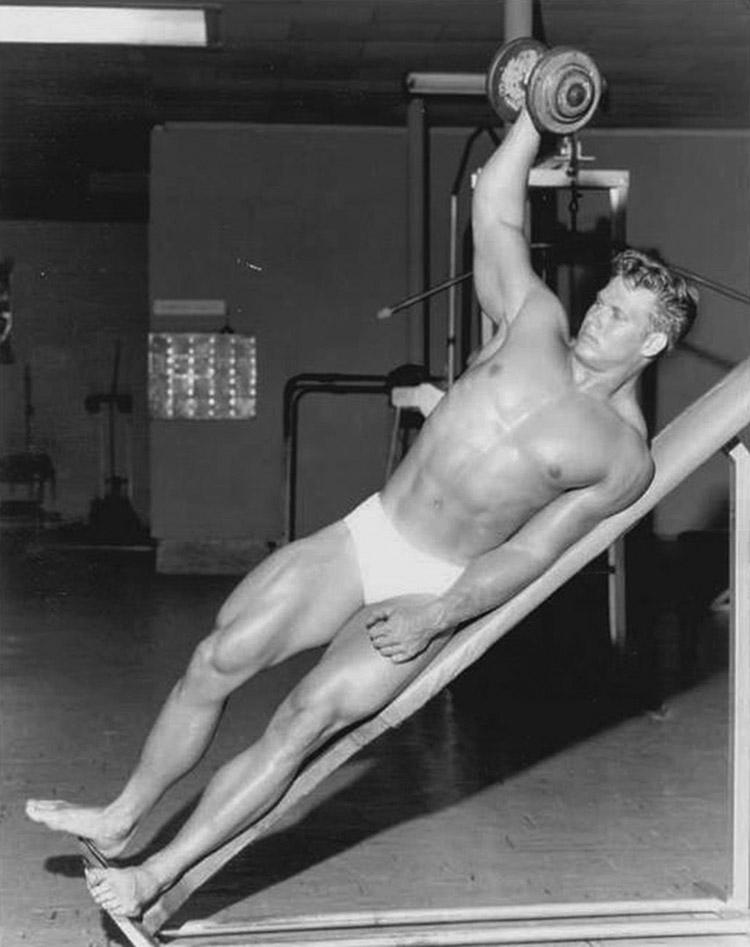 Jim was known to train 6 days a week using an upper body/lower body split routine. As well as this, he would train for up to 3 hours per session in the gym to sculpt his incredibly balanced physique. 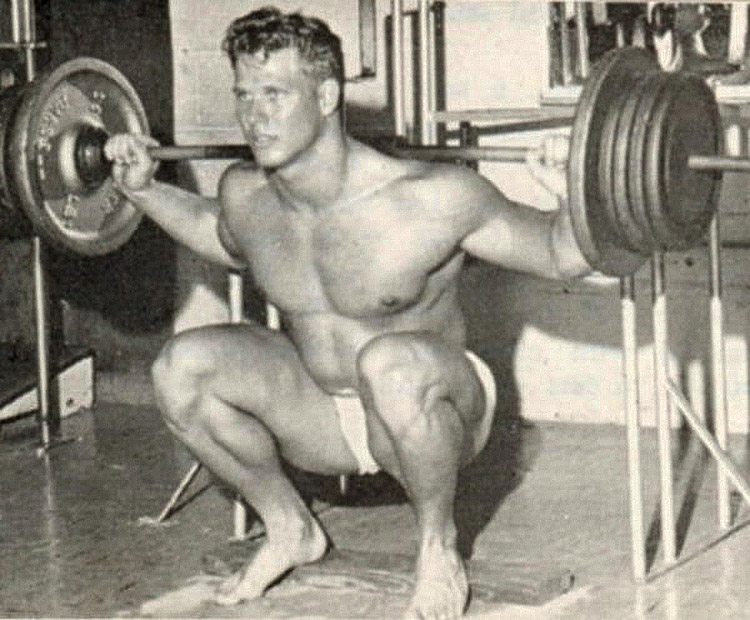 Jim gained a lot of attention during his short career for his aesthetic physique – he’s become the idol of many aspiring and champion bodybuilders.

He names his family and friends as his main influences, as they pushed him on to achieve success. 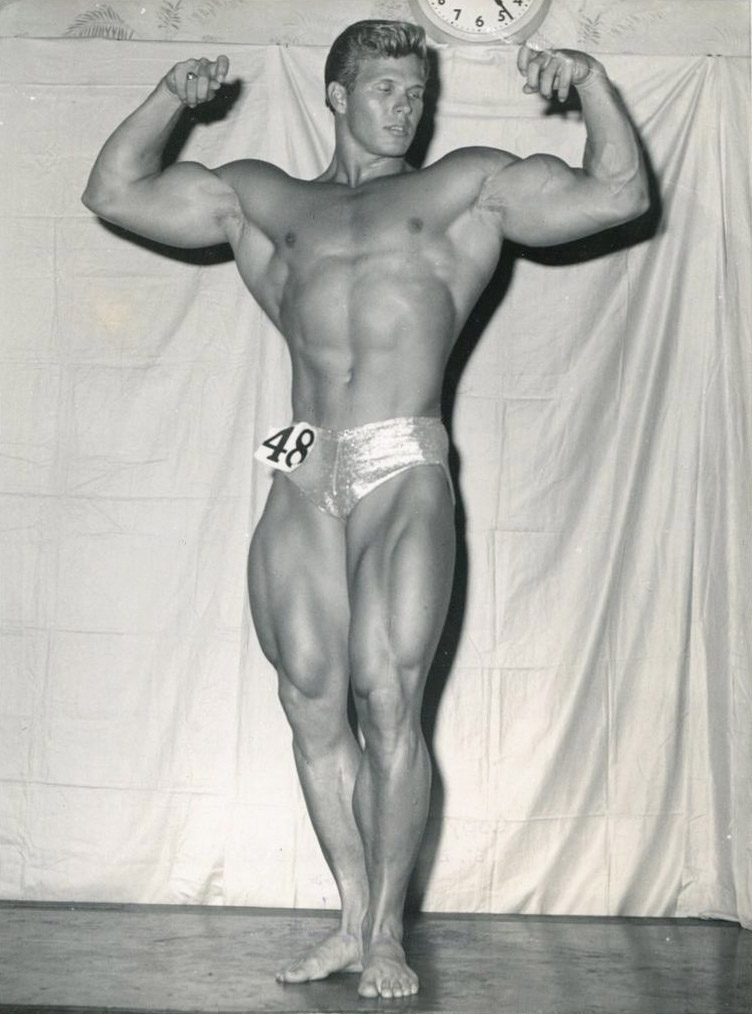 What we can learn from Jim Haislop

Jim has taught us that status isn’t important. He didn’t manage to earn a Pro Card, but he’s still secured his legacy in the sport.

One thing we can take away from Jim is that you should only focus on your personal goals – you shouldn’t compare yourself to others and their success. All that matters is realizing your own ambitions in life.

Jim haislop
Maybe better than Steve Reeves.
And Steve reeves was the one that
really inspired me to start bodybuilding.

His great symmetry and proportions made home appear much bigger. Maybe some of the best legs during his era.

Someone else mentioned it and it is was what I noticed, the legs. I don’t remember seeing anyone else’s legs from that era being that big and with great separation.

I find it to be funny when people say his best body part was his legs. When he came home on leave from the Navy he would wok out with some of his old friends and after an upper body work out they told him they would see him tomorrow to work legs and he told them he didn’t work legs. He showed up the next day and worked legs with them and a year later when discharged from the Navy he had the best legs ever seen in decade of body building.

Very little mention is ever seen for Dick Fudge owner of Tampa Health Gym where Jim trained. They often worked out together, Fudge pushed Jim go for it and he did. Good times I remember it well.

His waist/shoulder differential far better than even Arnold’s. His physique was striking and he was as good looking as anyone in Hollywood. If he would have kept going and increased the size of his arms, he would have gone to the top.

Totally agree!! I spotted and worked out with him when i
I was 16. We did the split schedule. After most workouts we would drive to the open air market and eat a whole chicken and a quart of milk each! I was already doing Steve Reeves routine, so it went well. The gym was in Norfolk, Va. He was in the Navy . Great fun!

It has been written, that when Arnold and Franco saw him for the first time at a Mr. Universe in the late 60’s they were shocked and concerned. Haislop was tall, big, ripped and freaky. His shoulders were wider than Arnold’s and his waist much smaller. His thighs and calves were the best in the business and he had Steve Reeve’s looks and charisma.

Arnold turned to Franco and said, “lets get the hell out of here.” Lol!

Yes. He was a underrated bodybuilder one of the best.i remember he did commercials for lestoil cleaner if I remember correctly.hope his doing well…..

The closest a man has got to overall physical perfection. Incomparable physique and handsomeness.

Agree with Neville. Jim is a legend. He is much more striking than Arnold. Just perfect in every way.

Excellant motivator. Trained with him in Norfolk, Va. I was 17.