Jeremy Buendia was always a competitive individual growing up, he would would find inspiration from his successful older brother, and his father who lifted weights throughout his life, which set an example for Jeremy to follow early on in his childhood.

Buendia showed an interest in competitive bodybuilding, when he got injured during a high school football match, which forced him into the weights room to strengthen his body, and since then, he never looked back.

He later went on to become a 3 time Men’s Physique Mr. Olympia champion, among winning other illustrious titles throughout his career. 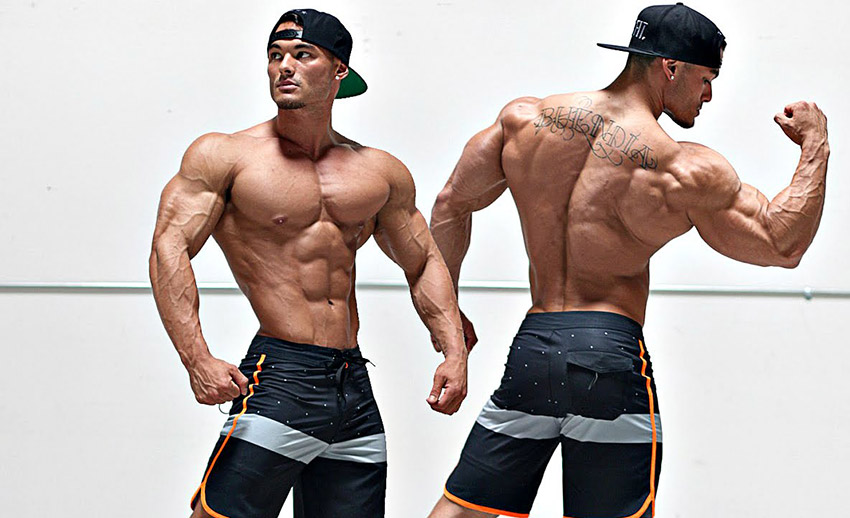 “Being a champion is not an action, it is a state of mind.” 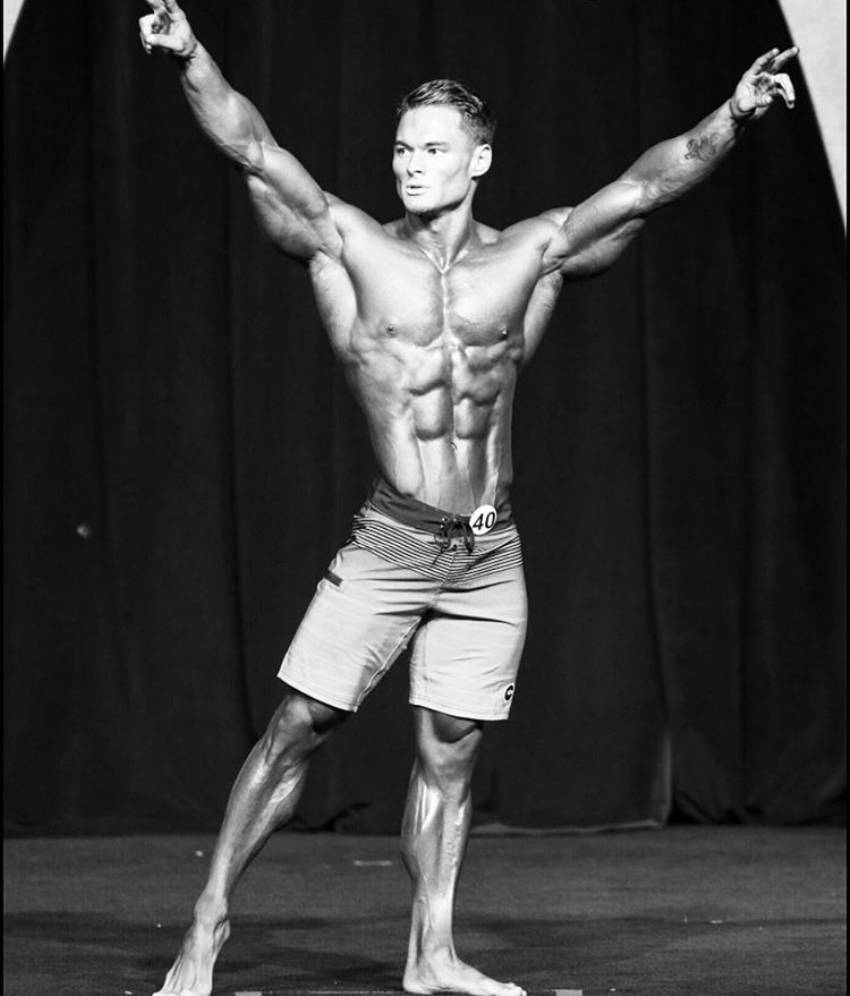 “You have one question you gotta ask yourself each morning, either today you will do, or today you won’t do. Today’s outcome starts with this single question to your self.” 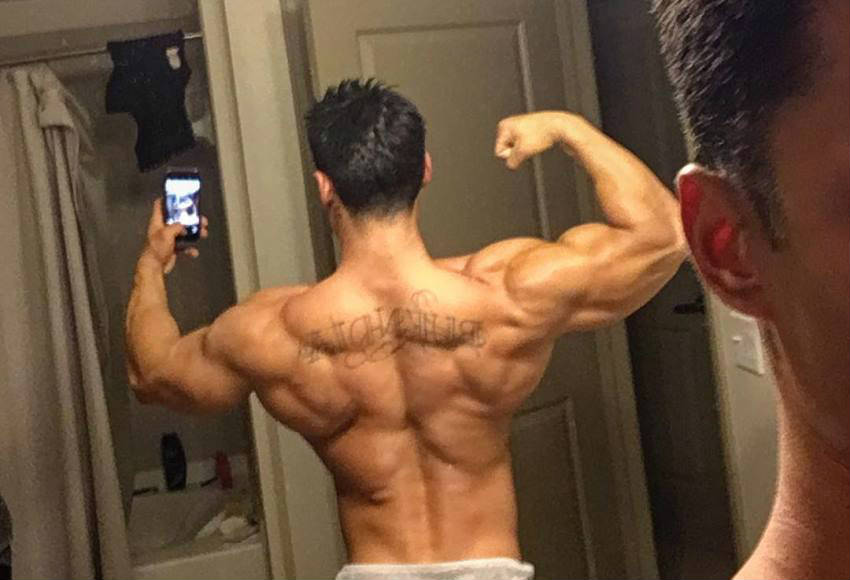 “Wake up with a purpose to achieve something greater than yesterday.”

Jeremy Buendia was born on October 26, 1990, in Roseville, California. As a child, he was inspired by his father who was a non-competitive bodybuilder, setting high standards for Jeremy early on in his life.

As he was growing up, Jeremy was always very competitive by nature, and that’s one of the main reasons for his success.

He first started off with sports, mainly football, and throughout high school, he excelled as a linerback, earning an all-league honor despite the fact he played his senior season with an injury.

During his last season, Jeremy decided to quit football due to injuries and college commitments. However, his competitiveness continued to last, and it was just a matter of time before Jeremy started focusing exclusively on bodybuilding.

Buendia already had a lot of experience with weightlifting, and by the time he graduated from high school, the youngster was already determined to compete.

He started his preparations and trained harder than he ever did before and stepped on stage several months later. It was the 2008 INBF Capital City Natural Bodybuilding & Figure Championships where Buendia came in 6th.

Jeremy admitted he wasn’t used to losing, so he decided he would take some time away from the stage, learn from the experience, and return in a better shape next time around. 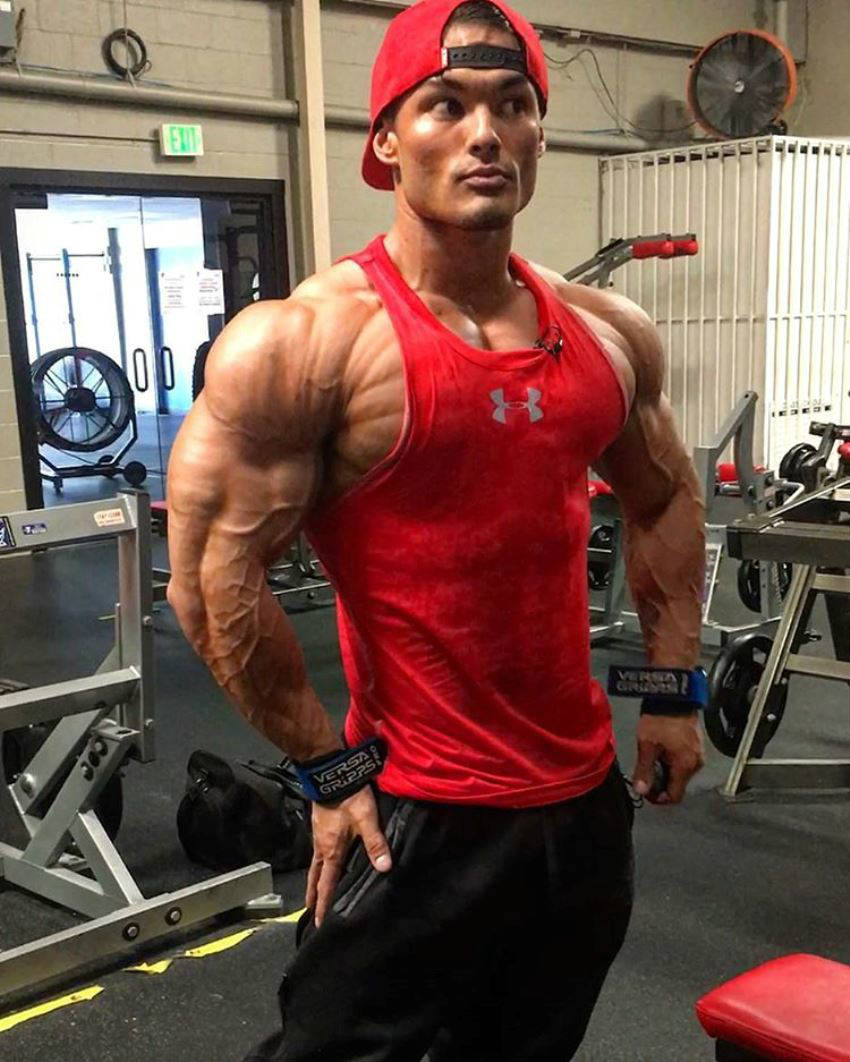 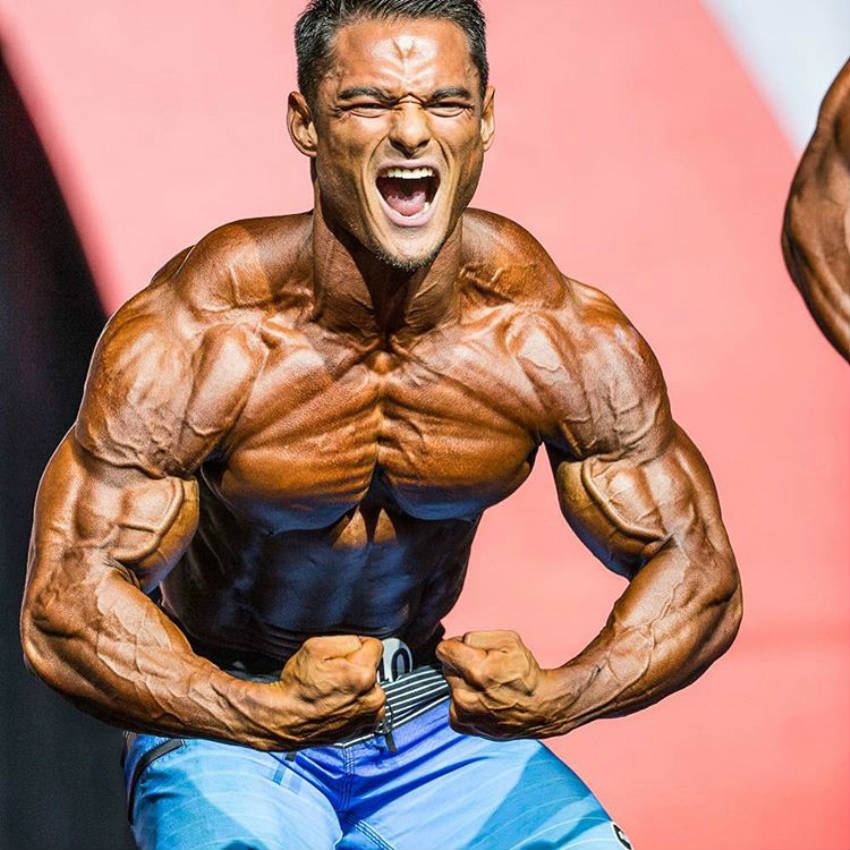 After almost 2 years of hard work and dedication, Jeremy came back and brought an awesome physique to the show.

At the age of 17, Buendia stepped on the stage once again, and didn’t disappoint. He defeated the competition and won his first show – the 2010 Contra Costa Championships.

At that point, Jeremy had no doubts in his mind that bodybuilding was his passion, and his path, as he said himself; “That’s when I realized this was my calling”.

He ended the year by taking home an impressive 3rd place at the 2010 NPC California State Bodybuilding Championships, and continued his preparations for more prestigious competitions.

Buendia took a year off once again, before winning a series of respectable results.

First, he was a runner-up at the 2012 NPC California Governors Cup Championships, and later that same year he managed to win the NPC Excalibur. After that, he started preparing for one of the toughest challenges he was to face – the 2013 NPC Amateur Grand Prix in Los Angeles.

Needless to say, he won the show, and also managed to take home 1st place at the NPC Excalibur Championships. It was at this point after winning some of his toughest shows that he set his sights on the Pro card.

Jeremy started preparing for one of the biggest competitions – the 2013 NPC Junior USA Championships, and it didn’t take him long to prove his full potential once again.

After spending several months dieting and training hard in the gym, Buendia brought an incredible ripped and muscular physique to the stage and won the show, and won his pro card and qualified for competitions in the IFBB Professional League.

Jeremy said he knew he would one day be among the best physiques in the world at the Mr. Olympia, and once he got his Pro card, he was officially able to achieve his dream.

During 2013, Jeremy managed to acomplish extraordinary results – winning both the IFBB Greater Gulf States Pro and the IFBB Sacramento Pro, before stepping on the stage at the 2013 Men’s Physique Mr. Olympia, where he came in 2nd place.

Buendia said that the loss made him frustrated, and after coming in 2nd, he was certain it would not happen again.

Unsurprisingly, he started off 2014 with a 1st place win at the IFBB San Jose Pro, before winning the 2014 Men’s Physique Mr. Olympia, proving his determination and hard work to the world.

Jeremy continued with 2 more Mr. Olympia wins in a row, defeating other competitors in both the 2015 and 2016 versions of the show, and cementing his place as the best Men’s Physique Mr. Olympia throughout 2015.

When he’s not competing, Jeremy offers personal training programs to his clients, helping people to transform their bodies and lifestyles.

He’s also been featured in numerous magazines and is also a popular internet fitness icon, where he has a large following on his social media. People everywhere are inspired by his physique and motivational quotes. 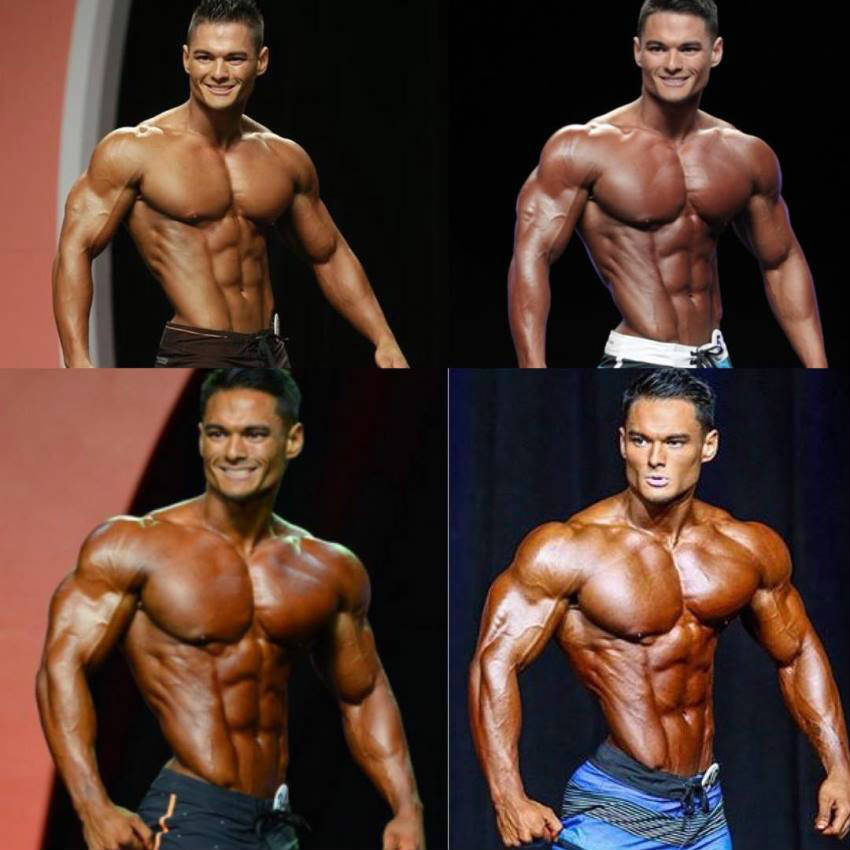 “You step foot into the gym with one goal; to kill your workout. Worry about that. Leave everything else at the door.”

When it comes to cardio, Jeremy isn’t an advocate of sitting on a bike for longer than 30 minutes, as he prefers to do intense, but short sessions.

High Intensity Interval Training is his personal favourite – he switches it up with sprinting or cycling. 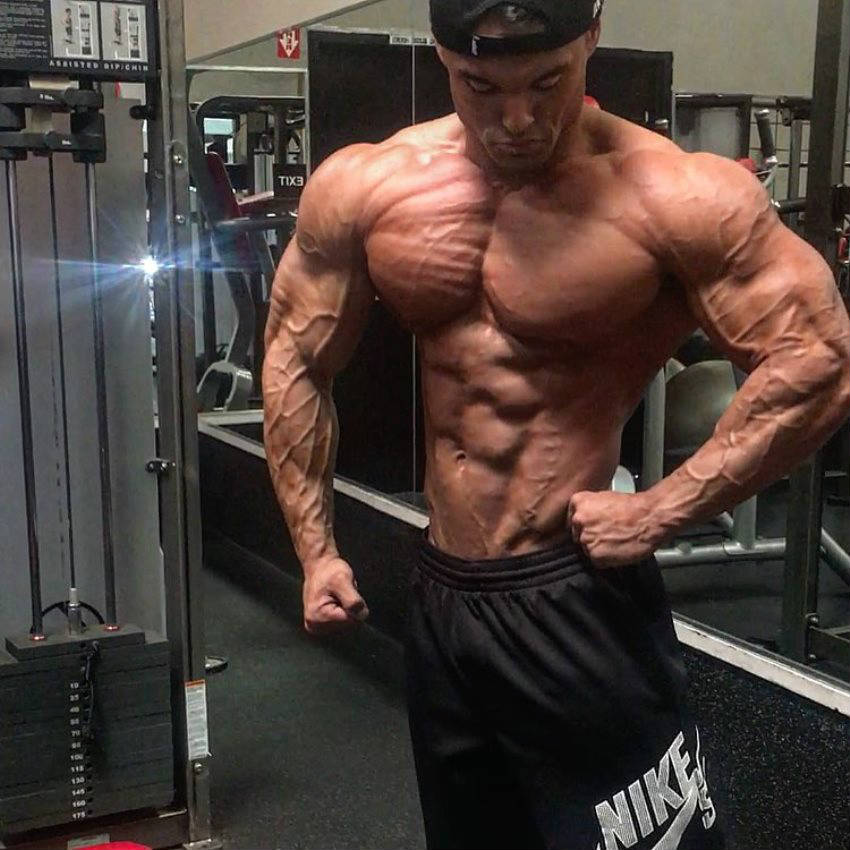 “Gotta keep you’re head above the water and grind. Day in & day out we work. Keep giving them reasons to hate you.”

Large green salad made with cucumber, lettuce and tomato

Buendia isn’t an advocate of using a variety of different supplements – he prefers to stick to the basics, whey isolate being the staple of his supplementation. During his cutting phase, he would occasionally use a fat burner. 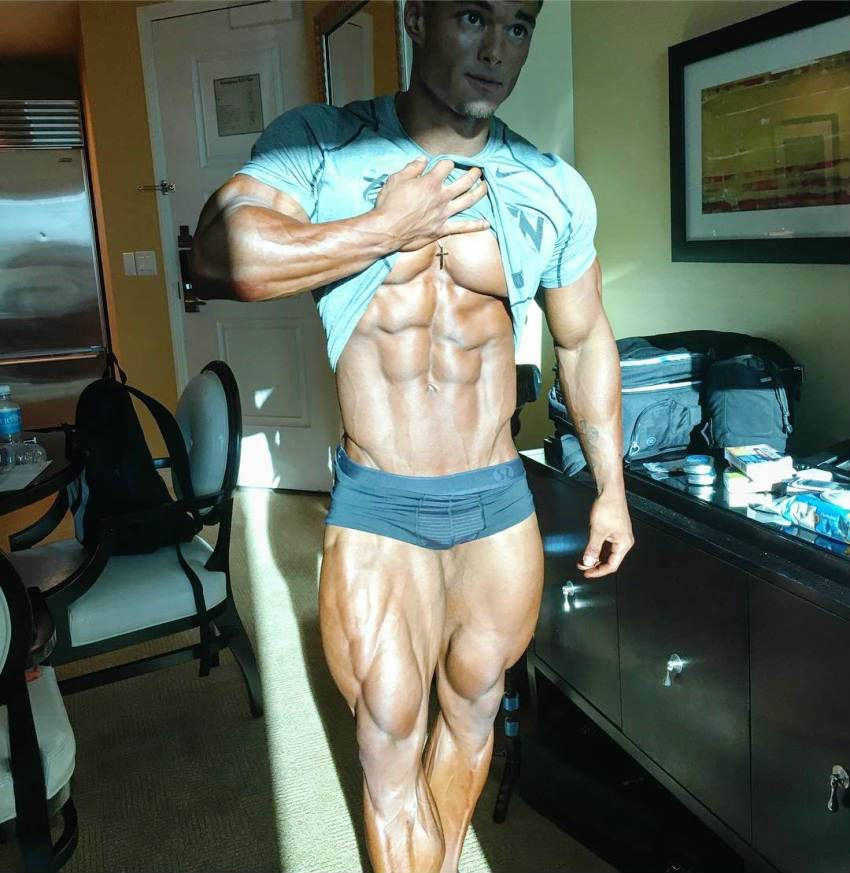 Jeremy’s father and older brother were both successful individuals, who inspired him to be competitive and never settle for anything less than a triumph.

However, his main inspiration in bodybuilding was his father, whom he watched lift weights on a daily basis when he was just a child. 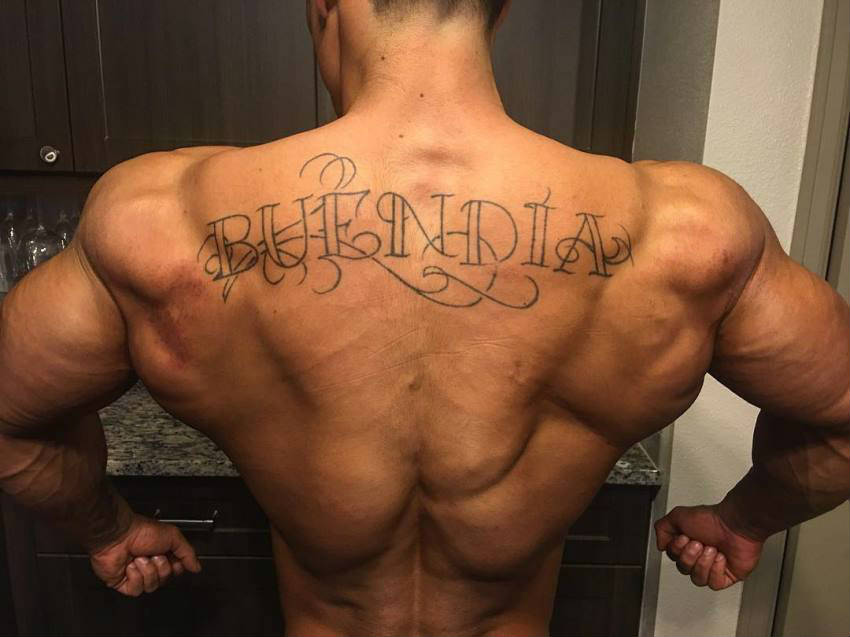 What we can learn from Jeremy Buendia

If there is one thing we can take out from Jeremy’s story, it’s that we should never settle for second place.

He won many shows, and was satisfied every time he was victorious, but whenever he came in 2nd or 3rd place, he would do everything he could to reclaim his title.

Being so passionate about something, and never allowing yourself to fall into a trap of being mediocre, just like Jeremy, is one of the ways you too could achieve your own greatness.

When will you compete again ?

Oh bro you are such an inspiration I’m a big fan I Just started body building my 1st show is in 6/6/20. After I saw you winning all of those shows I really got into it even more. Which made me wanna fo men’s physique. AND YOU NEED TO GET BACK DOING SHOWN MAN WTF HAPPENED??

But please you can find my Instagram @Oz.Fit_Big tell me what I’m missing to work on… ?