James Hollingshead is a professional bodybuilder from London, United Kingdom. He’s been training in the gym since the age of 14, and has achieved numerous feats in the process.

Throughout his career, James has graced bodybuilding stages across the world. His first major title was that of the UKBFF Junior Champion.

By 2018, he’d won another UKBFF Championships, only this time as a Heavyweight contestant. He’s also earned the prestigious Pro Card along the way – claiming his place in the elite IFBB Circuit. 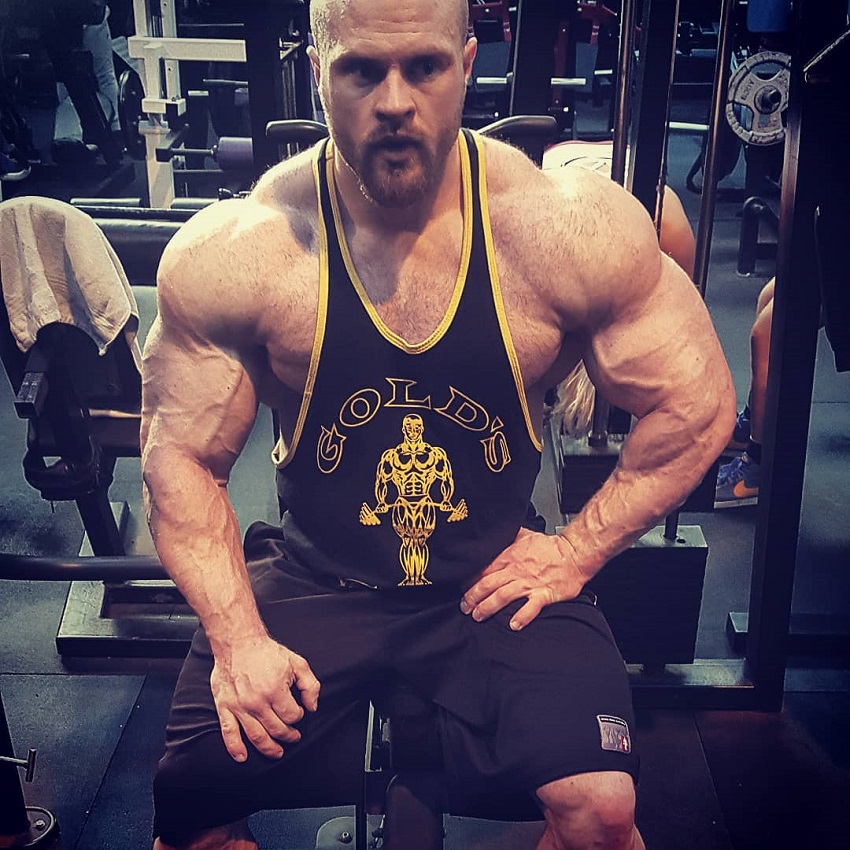 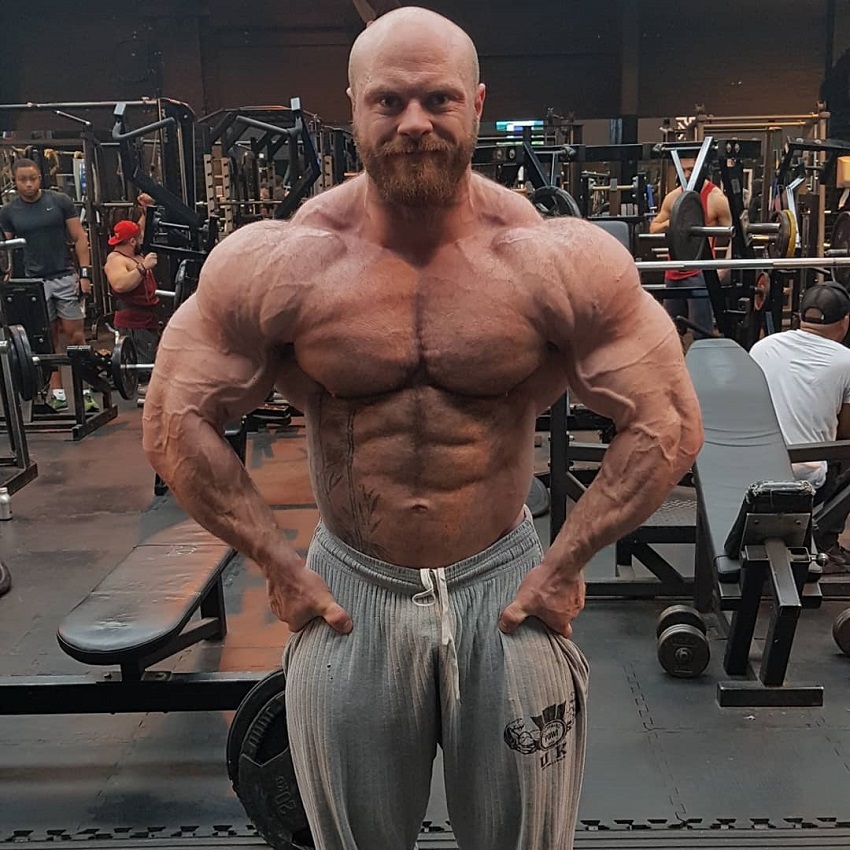 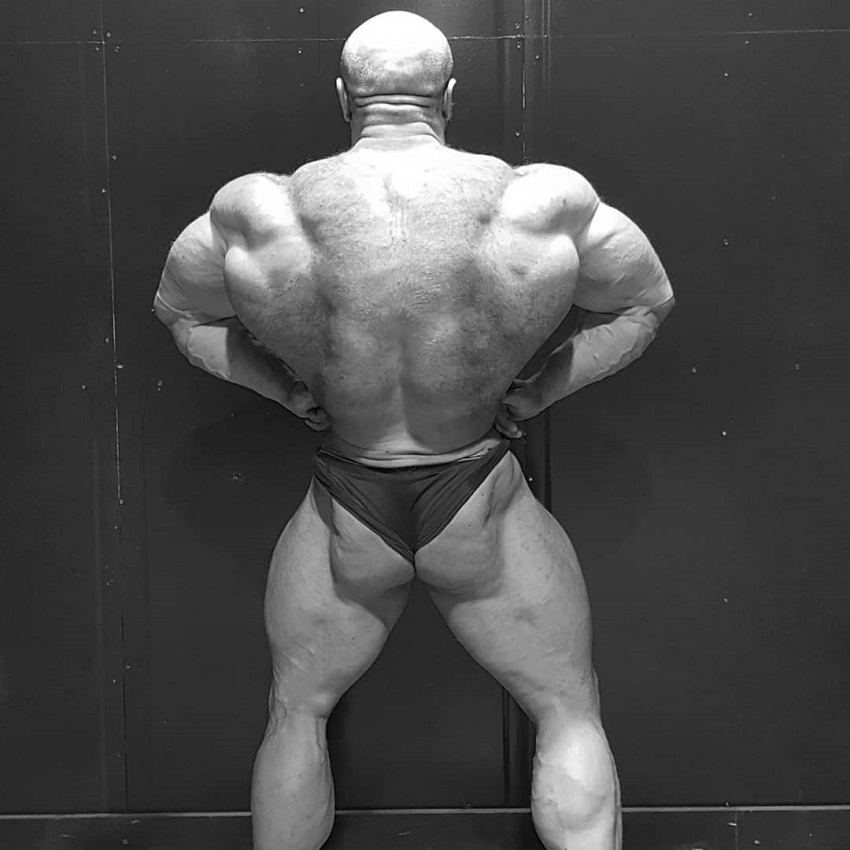 Starting Off in Bodybuilding

When James Hollingshead entered the gym for the first time, he was fascinated with the possibilities that were laid out in front of him. Aged 14 at the time, his goal was to build a swole and ripped physique.

Here’s James talking about his early days in sports and bodybuilding; “I originally used to box and my idol was Mike Tyson. I loved his build so I decided that I’d like to be bigger, typically boxers at my gym were competing in the knighted divisions. So, of course, the answer in my mind was to hit the gym!” – James Hollingshead

Since his goal was to gain size, James believed that the best way to achieve this would be by eating as many calories as possible. He’d sometimes eat to the point of almost getting “sick.”

However, it didn’t take James long to realize that it’s not just about the quantity of the calories, but the quality too. In his words;  “I used to be awful and eat until I was almost sick. Thinking this was the key to growing. Later I realized that it’s not how much you eat.. It’s how much you absorb.” 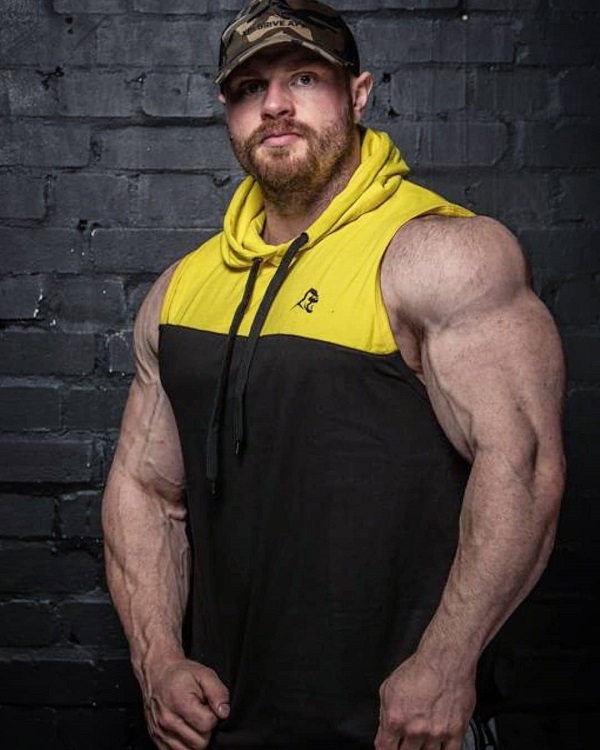 After months of trial and error, James started to see some serious progress in his muscles. This motivated him to keep training hard so he could achieve an even better physique.

As time went on, James’ fascination with bodybuilding grew stronger and stronger. Eventually, he decided to start a career in the sport – becoming a men’s bodybuilding contestant.

James took inspiration from his close friend and bodybuilding expert, who helped him to start off his competitive career.

It didn’t take long for James to become fully immersed in his bodybuilding career. He started competing on a regular basis, coming in better and better condition with each new show.

His first major title came at the UKBFF Jr. British Championships, where he took 1st place. Not long after that, James outdid himself by winning the UKBFF Heavyweight Championships.

With these victories, James has established himself as a formidable athlete and rising icon in British bodybuilding circuits. 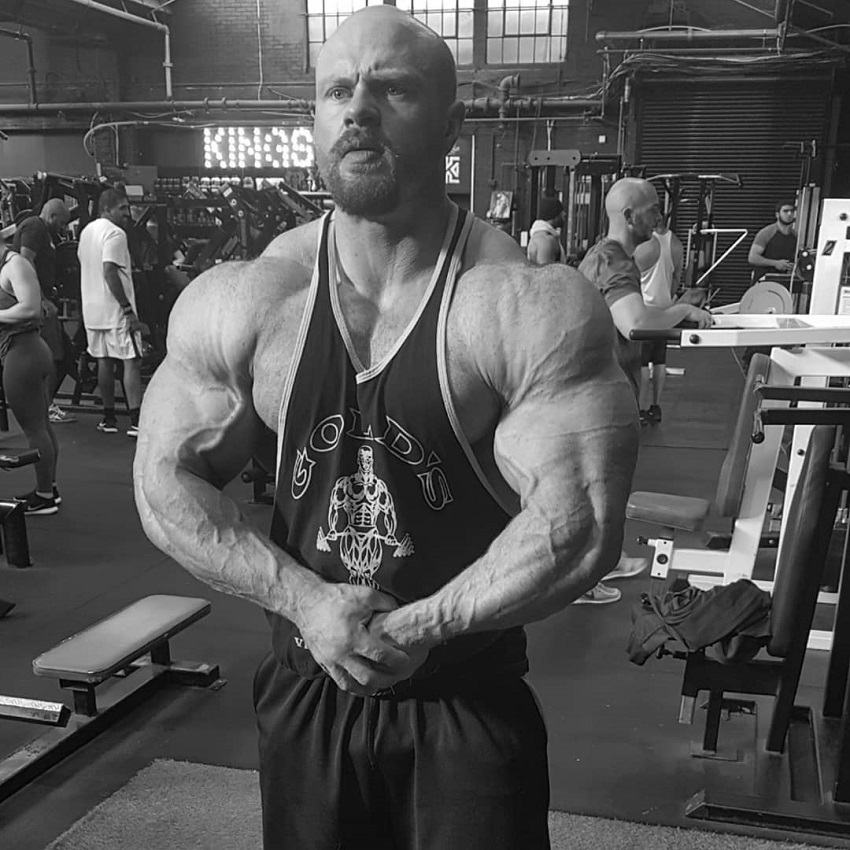 James trains six days per week, focusing on a separate muscle group each day. He often splits his training into two daily sessions, having one workout in the morning and one in the evening.

After his evening workouts, James likes to head out for a long walk. This helps him de-stress, along with improving blood flow and fat loss.

James’ three go-to exercises are dips, T-bar rows, and squats. Here’s how a typical week of training looks for him; 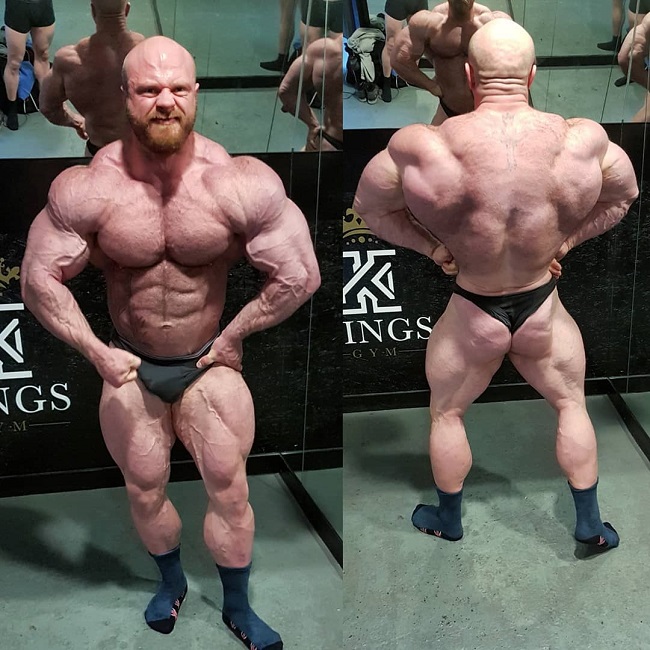 While he eats a varied and colorful diet in the ‘off-season,’ James’ pre-contest diet is extremely strict. He said, his main protein sources during contest prep are fish and chicken.

For carbs, he might throw in some brown rice and sweet potatoes, along with minimal fats. However, while he restricts some carbs, James never cuts back on vegetables, which he eats in big amounts even during the contest prep.

According to James, vegetables that are rich in fiber help keep him satiated, along with providing him with the vital nutrients. 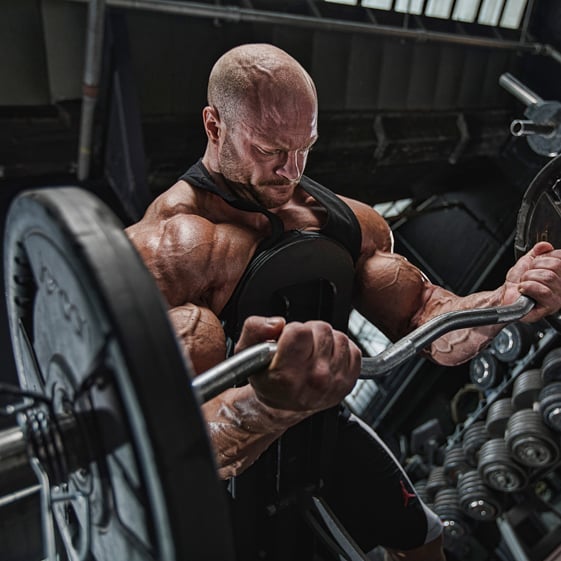 James’ biggest influence was his friend and bodybuilder from the mid-2000s, who introduced him to the competitive lifestyle. Here’s James talking about his friend; “I idolized him and can honestly say I wanted to be just like him.

I was young. Fatherless and easily impressed by other males.. Especially ones I looked to for advice. I saw him compete several times and eventually thought to myself let’s give it a crack.” – James Hollingshead

Another athlete who inspires James is Evan Centopani. James says Evan is “truly three-dimensional. [He] takes in to account health and longevity while still playing high at massive shows such as [the] Arnold Classic.” 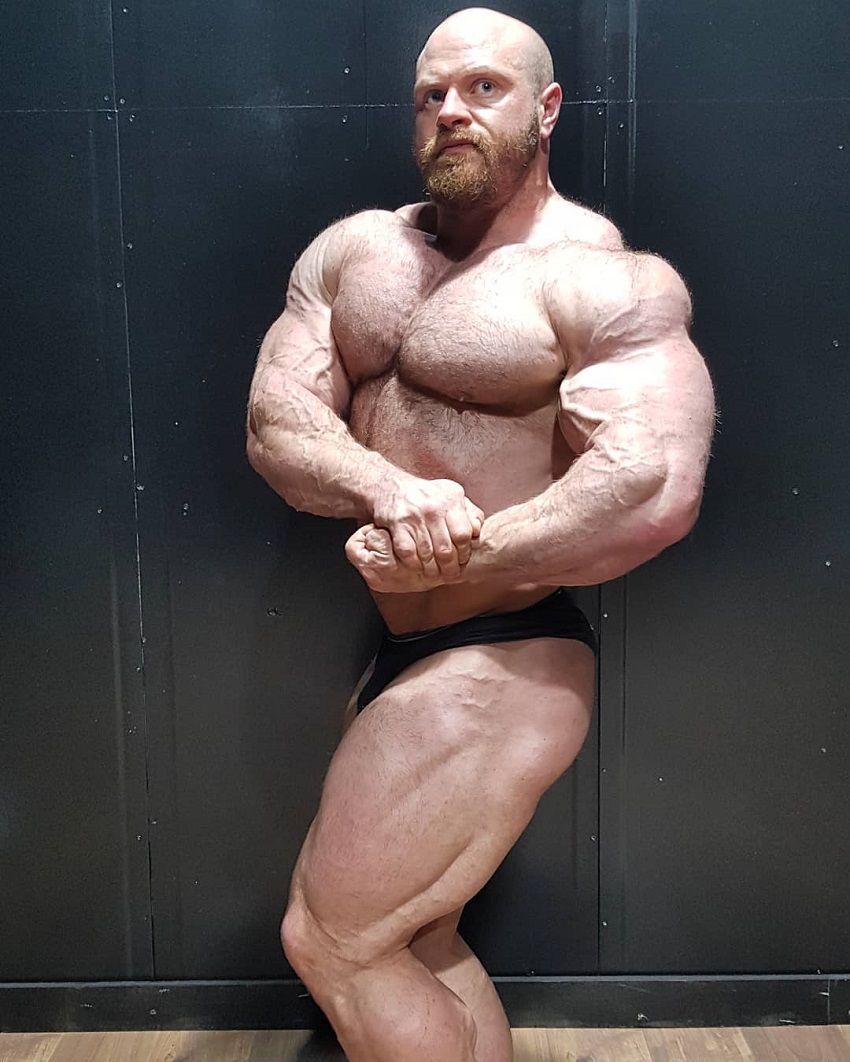 What we can learn from James Hollingshead

What we can learn from James Hollingshead, is that good old saying that “hard work pays off.”

James has been training in the gym since he was 14. It took him many years of dedication before he could call himself an IFBB Pro. He’s shown true grit and willingness to make it to the top.

With the same attitude and mindset, there’s no obstacle that can stop you from reaching your own goals. Keep dreaming big and remember that perseverance is the key – as long as you keep pushing, you’ll get closer and closer to your ultimate goal.