Born and raised in California, USA. Jack Delinger was a bodybuilder who dominated the ‘lifting sport’ throughout the 1940s and 1950s.

Compared to other bodybuilders of his era, Jack’s competitive career didn’t last very long. He only competed in three major bodybuilding contests. However, this was enough for Jack to make a lasting impact on the iron sport – cementing his place as one of the greats of his era.

With his victories at Mr. Northen California, Mr. America, and Mr. Universe, he had shown a true grit and dedication to make it to the top. He’s one of the rare competitors who were able to beat the great Bill Pearl during his prime.

From winning historic bodybuilding contests, owning his own gym in Oakland, to inspiring up and coming bodybuilders of his era. Jack showed the world what made him a true champion, both inside and outside of the weight room – and this, is his story: 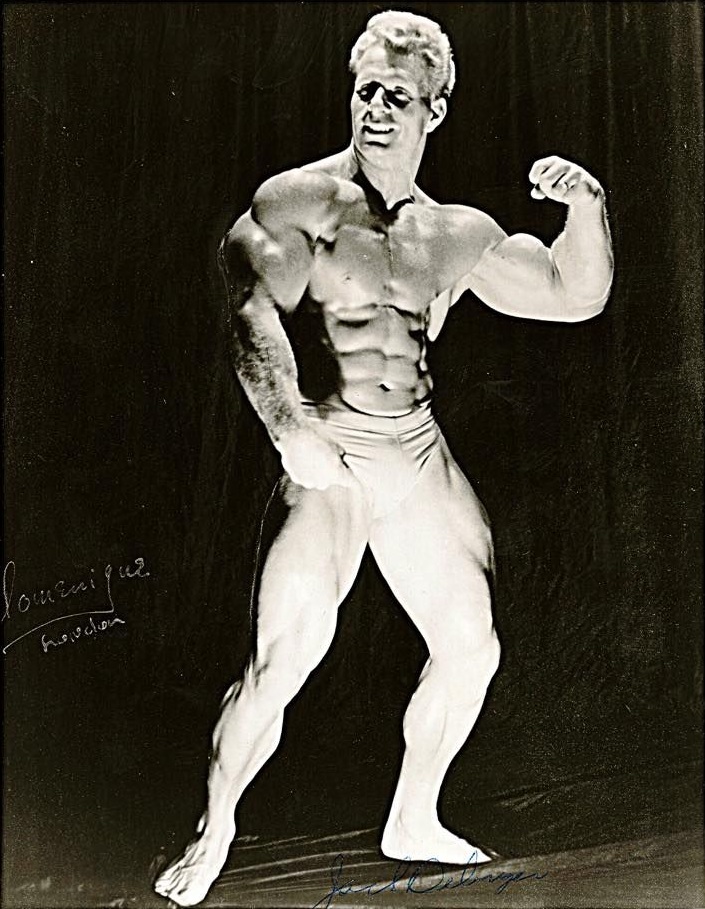 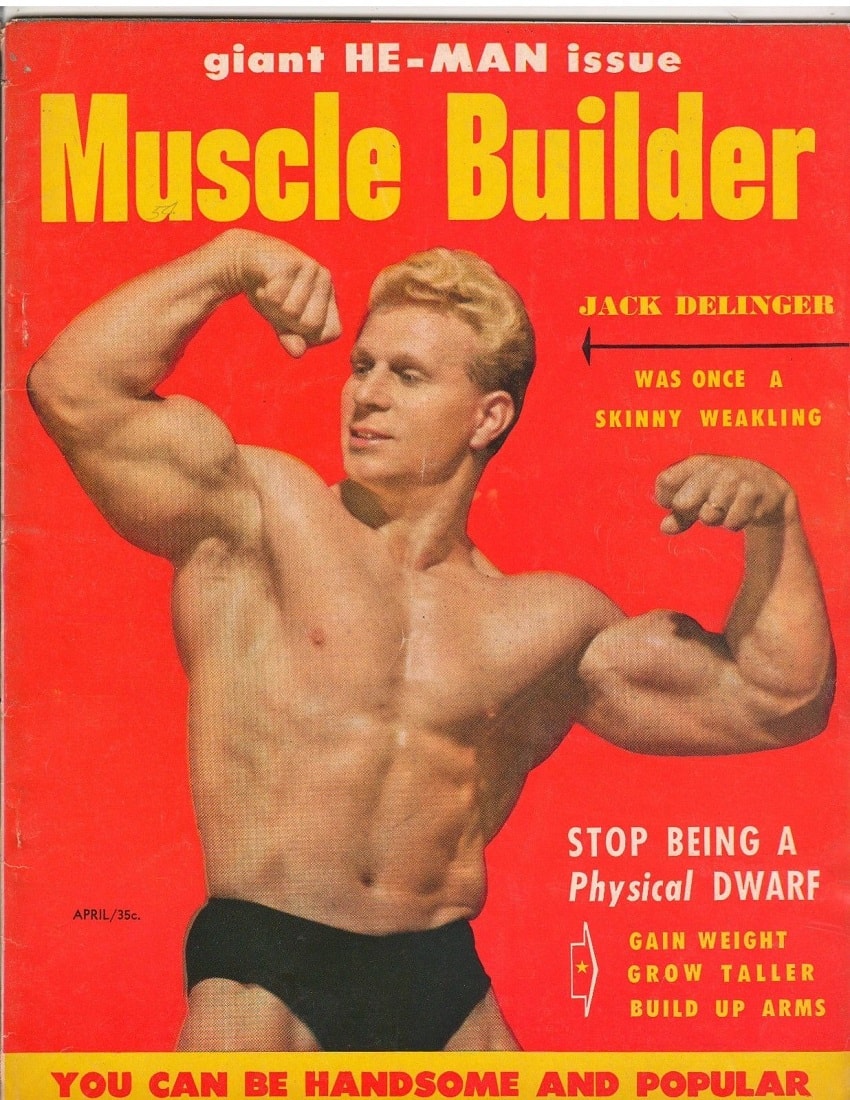 Jack Delinger on the cover of a bodybuilding magazine. 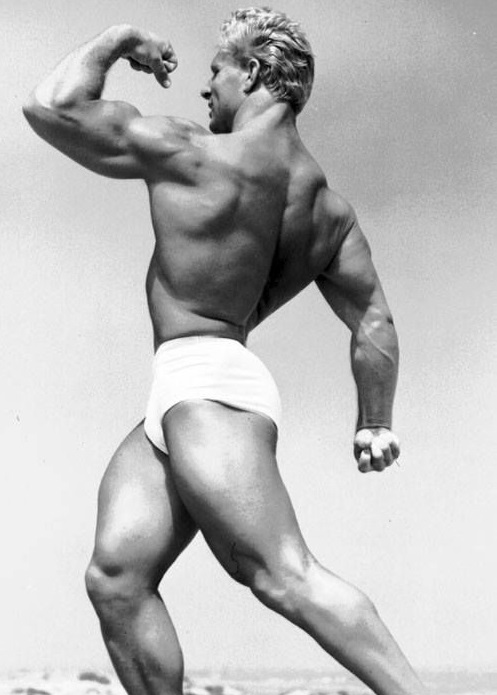 Jack Delinger was born on the 22nd of June, 1926. He grew up in Oakland California, a place known for its warm weather and people who loved bodybuilding.

Such was the case with Jack, who took on weightlifting at the age of 16. He began searching for the best gym in the area, determined to become an explosive athlete.

His inspiration came from none other than John Grimek. John was known as a champion bodybuilder and Olympic weightlifter during his prime. He didn’t only have a remarkable physique, but also a high level of athleticism and gymnastic abilities.

Jack Delinger wanted to emulate his idol. As a member of his high school gymnastics team, Jack was looking to build on his gymnastics prowess through weight training.

Building Foundations For His Bodybuilding Career

Shortly after, Jack signed up at Ed Yarick’s gym. Ed was a huge and strong man, standing at a towering 6’3” and weighing 230 lbs of rock-hard muscle.

He was an inspiration for many up and coming bodybuilders at the time, including Jack.

Knowing that he was in good hands, Jack started training hard in the gym every day. This led him to build strong foundations for his bodybuilding career which he’d soon embark upon. 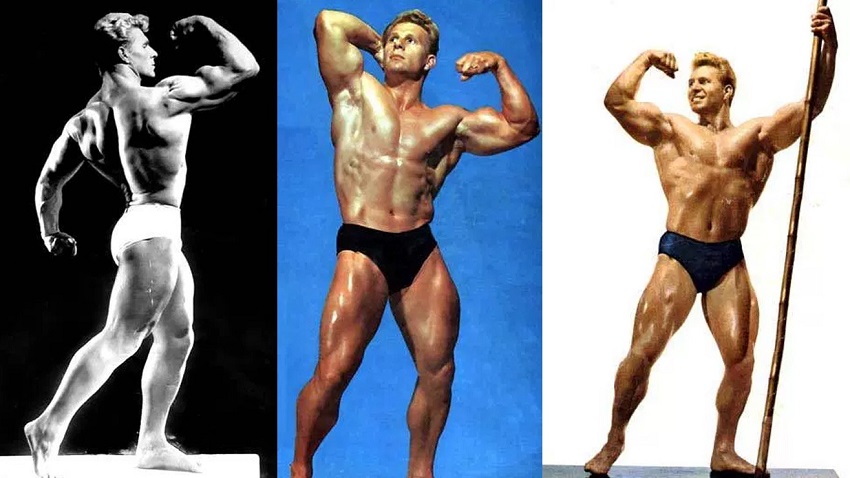 As Jack’s experience in bodybuilding grew, so did his physique.

When he brought it to the stage in his first bodybuilding contest, he wowed everyone with his aesthetic features and conditioning.

In his first competition, Jack was up against more experienced bodybuilders. But that didn’t matter. He still outshone each and every one of them to claim his 1946 Mr. Nothern California title.

This was the victory that kick-started his path towards greatness.

Working on His Weak Points

With an impressive start to his competitive career, Jack was encouraged to develop his physique even further. He knew he had what it takes to win even bigger contests. And that’s precisely what he set out to achieve.

For the next several months, Jack worked on his weak points. His biggest challenge at the time was developing his legs. When Steve Reeves first saw Jack, he was impressed by his huge arms and chest. However, he noticed that Jack’s legs were lacking behind.

Here’s what legendary Steve said about Jack when he first saw him; “If I had his upper body and my legs, or if he had my lower body with his incredible upper body, then we’d both be well built.”

This problem didn’t last for very long, though. In a matter of several months, Jack was able to bring his legs up to par with the rest of his body. Eventually, he became known for his great ‘wheels.’ 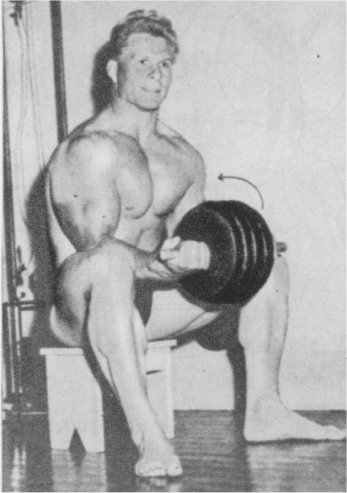 By 1949, Jack’s physique was looking better than ever. He hardly had any weak point.

With huge upper body and legs and calves to match, he was ready to step on the bodybuilding stage once more.

In 1949, Jack took part in his second bodybuilding contest.

It was the prestigious AAU Mr. America, which featured some of the world’s top bodybuilders at the time. To everyone’s shock, Jack won the show once again – cementing his place in the bodybuilding history books.

At only 23 years old, he was rubbing shoulders with the biggest names in bodybuilding. Including Steve Reeves, John Grimek, and Clarence Ross. He was at the top of his game with no signs of stopping. 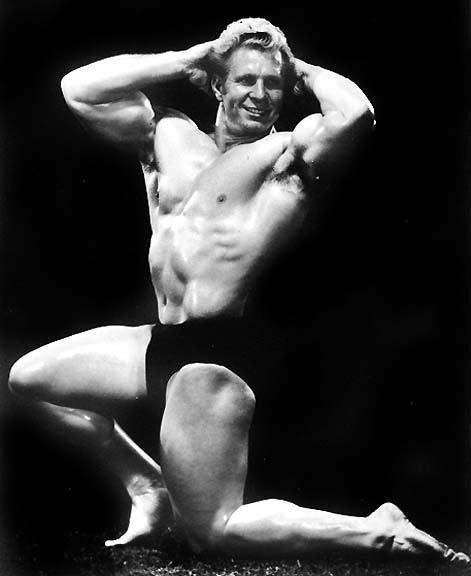 On December 18th of the same year, Jack married his spouse, Loretta Soper. Five months later they had a child.

They named him after one of Jack’s idols, the legend John Grimek.

Throughout the months, Jack kept working hard on improving his muscles. He continued to spot points in his physique which he wanted to refine – he was proud but never satisfied.

This attitude led him to develop a masterpiece of a physique which ultimately won him the title of the 1956 NABBA Pro Mr. Universe. The contest featured legendary Bill Pearl, who congratulated Jack on the victory.

With this feat, Jack established himself as one of the biggest bodybuilding icons of his era. At 30 years old, he was at the peak of his powers. There appeared to be no signs of stopping him.

However, in a turn of events, Jack made an unexpected decision. He decided that he was satisfied with his competitive lifestyle – proving to himself that he could excel at anything he set his mind to. Instead, Jack decided to settle down with his wife whilst still training hard behind the curtains. 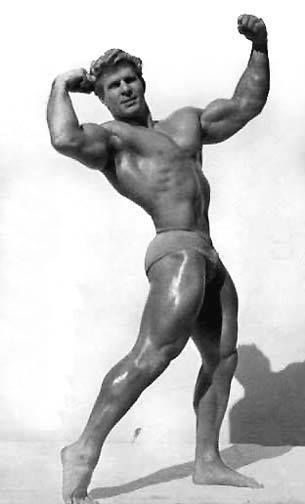 Jack eventually opened his own gym in Oakland, California.

He continued living a healthy and happy life with his son and wife for many years.

Throughout the process, he always kept a strong passion for the iron. He lifted hard and maintained his trademark physique.

Tragically, Jack’s only son died on November 23, 1992. The cause of death was a cerebral brain hemorrhage at only 42 years old.

Devastated by his loss, Jack went into a dark place mentally. Not long after, Jack succumbed to the pressure – dying from a heart attack on December 28, 1992.

Despite the tragedy, Jack left an immortal footprint on the iron sport and will always be remembered by people from all generations. 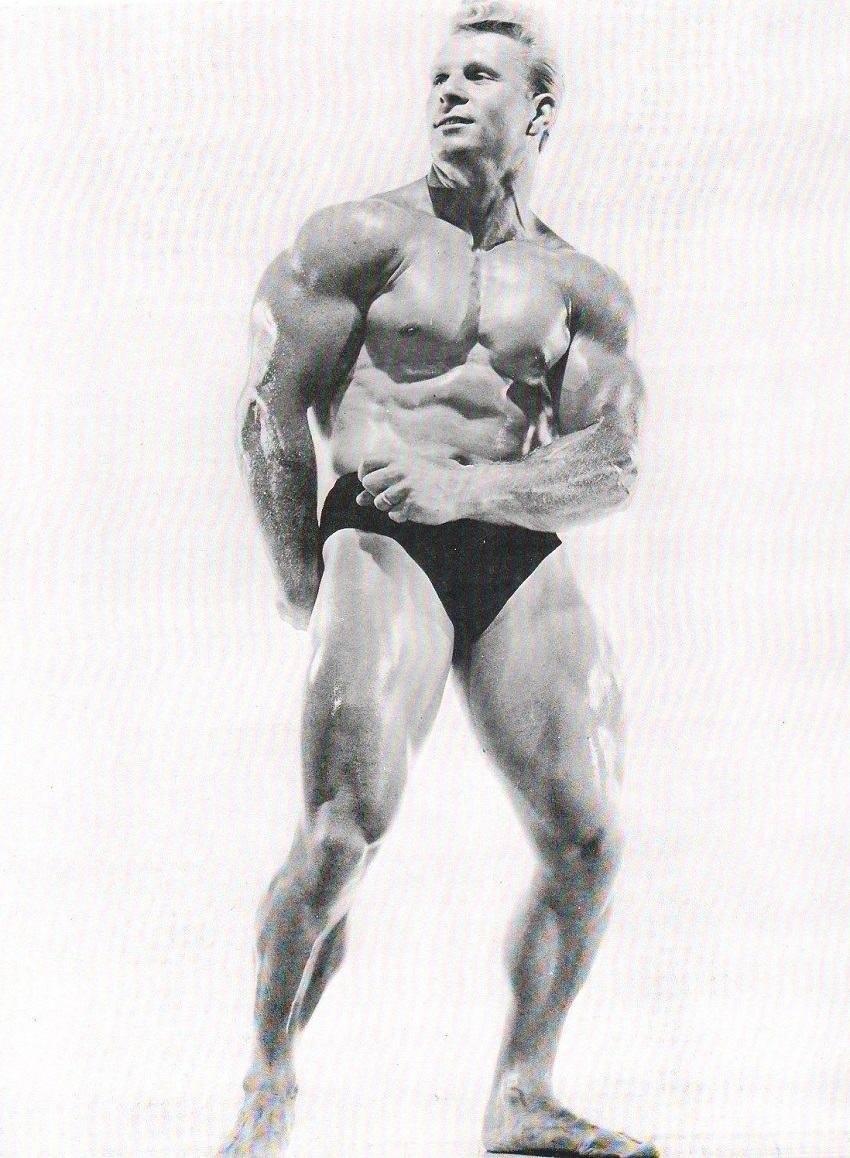 “Modern weight training has made it possible for anyone from 16 to 60 to gain weight. So long as a man enjoys good general health, no matter what his age or physical type, his body must and will respond.”

Jack was a big advocate of exercises which targeted multiple muscle groups at once. He believed that isolation exercises, which only targeted specific areas, were much less effective.

“It is useless for you to perform exercises which affect only local muscle groups. Increases in body weight come from overall increases. Obviously, you stand to gain more weight if every muscle group in the body is worked than if you exercise, say, only your back or arms.” – Jack Delinger

Jack typically trained three days per week. He utilized full-body routines which ensured he hit all of his muscle groups equally.

As he progressed on his bodybuilding journey, Jack reshaped and refined his workout routines to suit his specific needs for competitions. 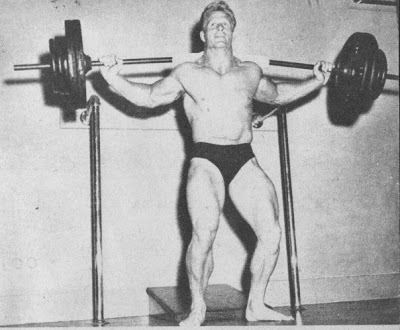 Here’s Jack’s ‘muscular bulk’ workout which is based on his training principles from above:

Jack always loved doing things his own way. His approach to weightlifting was no different.

When he wanted to gain muscular bulk and size, he trained with a high number of reps – up to 15 per set. This was completely the opposite of what other bodybuilders preached, which was to train with low rep range for mass.

Through his personal experience, Jack had found that higher reps worked better for him. Not only in terms of building muscle mass, but also in regards to achieving aesthetic proportions.

“There’s one other factor to take into consideration that some may disagree with. Contrary to popular opinion that low reps build bulk, it is my personal experience that a system of working up to 15 repetitions is best for bulk building.” – Jack Delinger 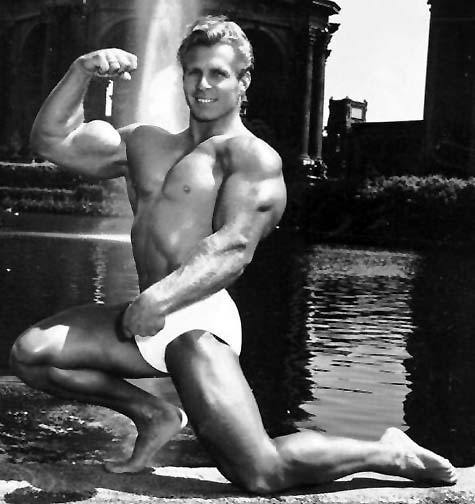 When it came to gaining muscle size, eating big was Jack’s motto. “Perhaps the best thing a bodybuilder can do if he wants to gain bulk is to see that his meals are big and hearty,” said Jack.

He recommended eating three big meals per day. In between these meals, he’d thrown in plenty of healthy snacks – such as protein shakes, milk, and also fruit and vegetable juices.

Jack’s diet was high in protein. This was his number one priority when it came to building lean muscle. Foods which he recommended for gaining muscle:

“A nourishing diet is the only way to add weight to your frame. There is no escaping this fact, so determine now that you will fuel your efforts with the proper quantity of healthful food.” 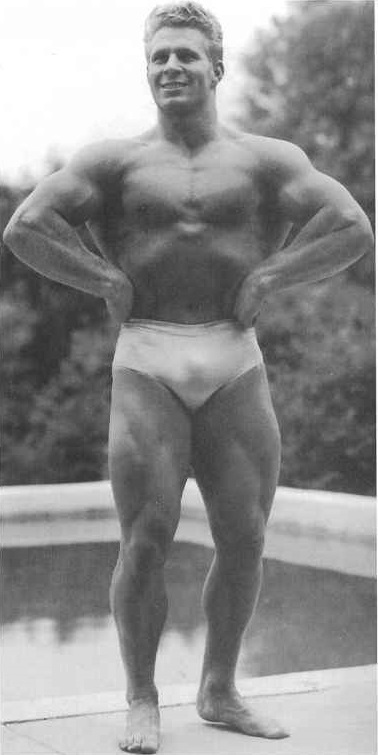 Clearly, the biggest influence for Jack Delinger was the great John Grimek. This had been proven by the fact that he named his son after John.

Other people that influenced Jack’s life, both in and out of bodybuilding, were Steve Reeves and Ed Yarick. 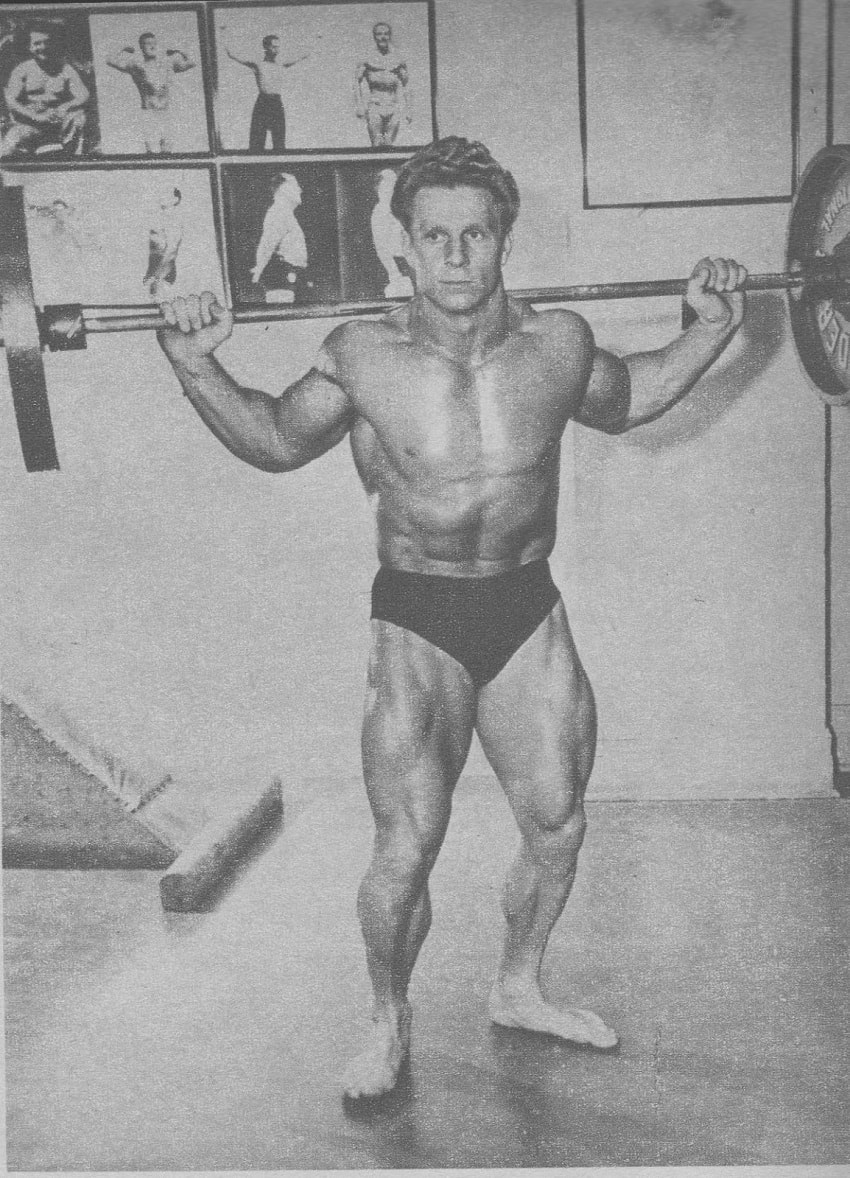 What we can learn from Jack Delinger

How Jack Stood Out

Looking through his gleaming bodybuilding career, it’s clear Jack Delinger was a man who truly stood out. Not only because of his achievements, but because of his incredible work ethic, determination, and the example he set that inspired generations of young bodybuilders.

Jack always had a passion for physical activity. From training gymnastics at a young age to progressing into bodybuilding at 16 years old, he was destined for greatness. He worked extremely hard for his dreams, and that’s what turned him into a champion he ultimately became.

What He Left Us With

There are many things to learn from Jack. In terms of bodybuilding, his advice was to train heavy and eat big.

If you want to build muscular bulk like Jack, then perhaps try doing a higher rep range, such as 15 reps per set. Looking at Jack’s aesthetic physique, it clearly worked well for him.

In terms of the diet, Jack recommended eating “big and hearty” meals. Three meals per day, along with snacks and tons of milk is the way you’ll build mass, according to Jack’s experience.

Outside of bodybuilding, Jack taught us to always keep your dreams and ambitions alive. Don’t give up and keep pushing forward, no matter what obstacle you encounter. That was the motto of Jack Delinger, a great bodybuilder and one of a kind individual.

Good article. But Jack Delinger went in some more bodybuilding contests than the three ones you speak of. He was runner-up at the 1948 Mr America, in 1948. He was 3rd at a Mr World, behind Jim Park and Roy Hilligen in 1952. For my money, Delinger was the biggest bodybuilder who never lived, without steroids. A fantastic guy…

A great person and bodybuilder