Hunter Labrada is a bodybuilder and entrepreneur from Texas, USA. He’s the son of Lee Labrada, a legendary athlete and IFBB Hall of Fame member.

Growing up, Hunter was on his way to become an American football star. However, his dreams came to a grinding halt after he suffered a serious injury – preventing him from playing the sport.

In order to speed up his recovery, Hunter began doing a bodybuilder’s workout split in the gym. He hoped that by strengthening his muscles, he’d recover quicker from the injury.

Little did Hunter know, it was during this process that he fell in love with the bodybuilding lifestyle. After seeing his progress in the gym, he decided to leave football behind and follow in the footsteps of his father – becoming a well-known bodybuilding athlete. 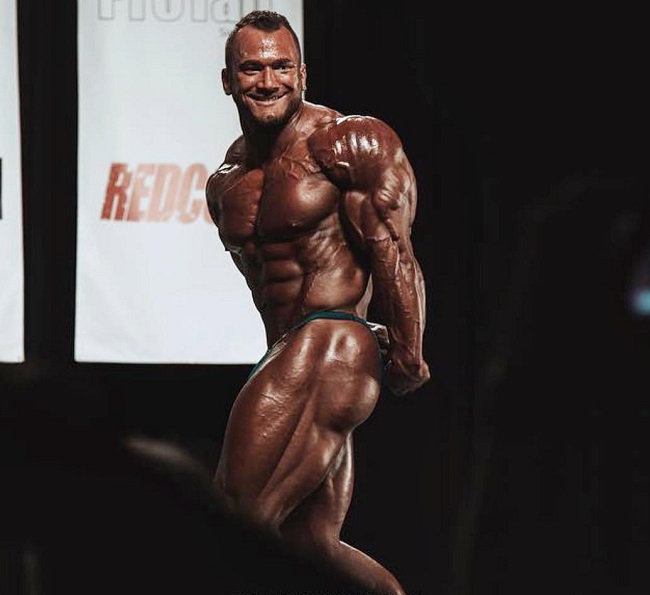 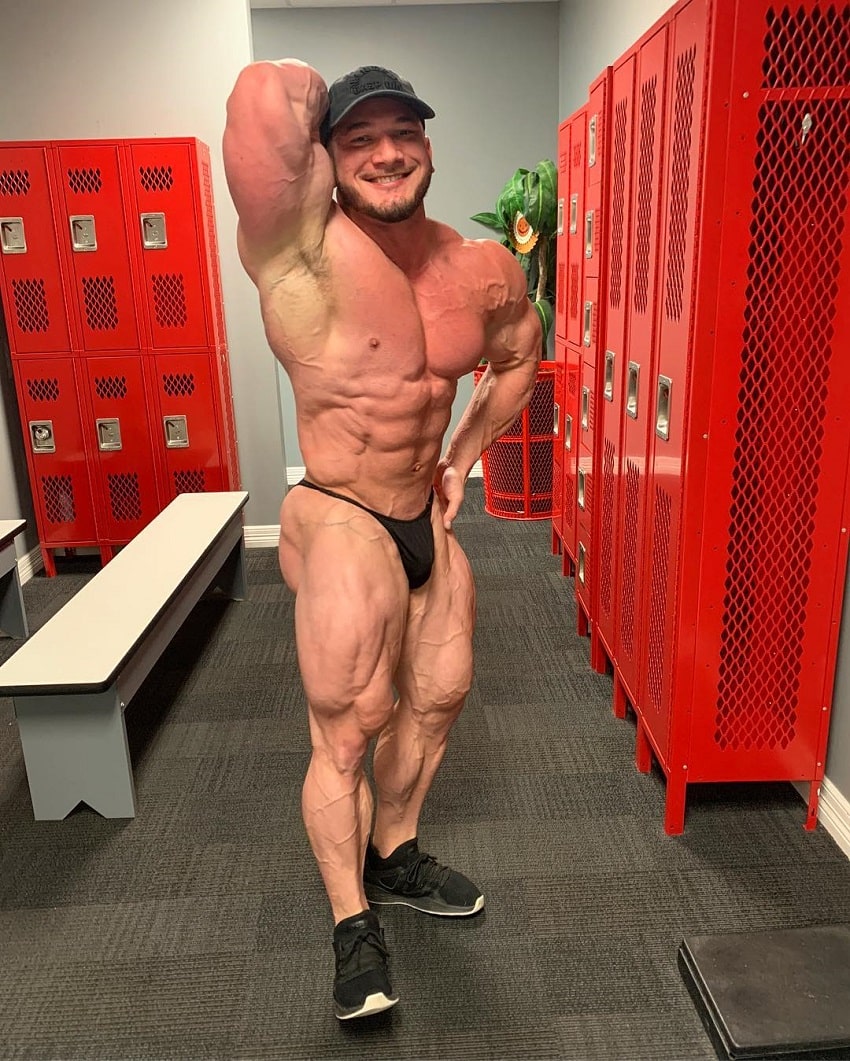 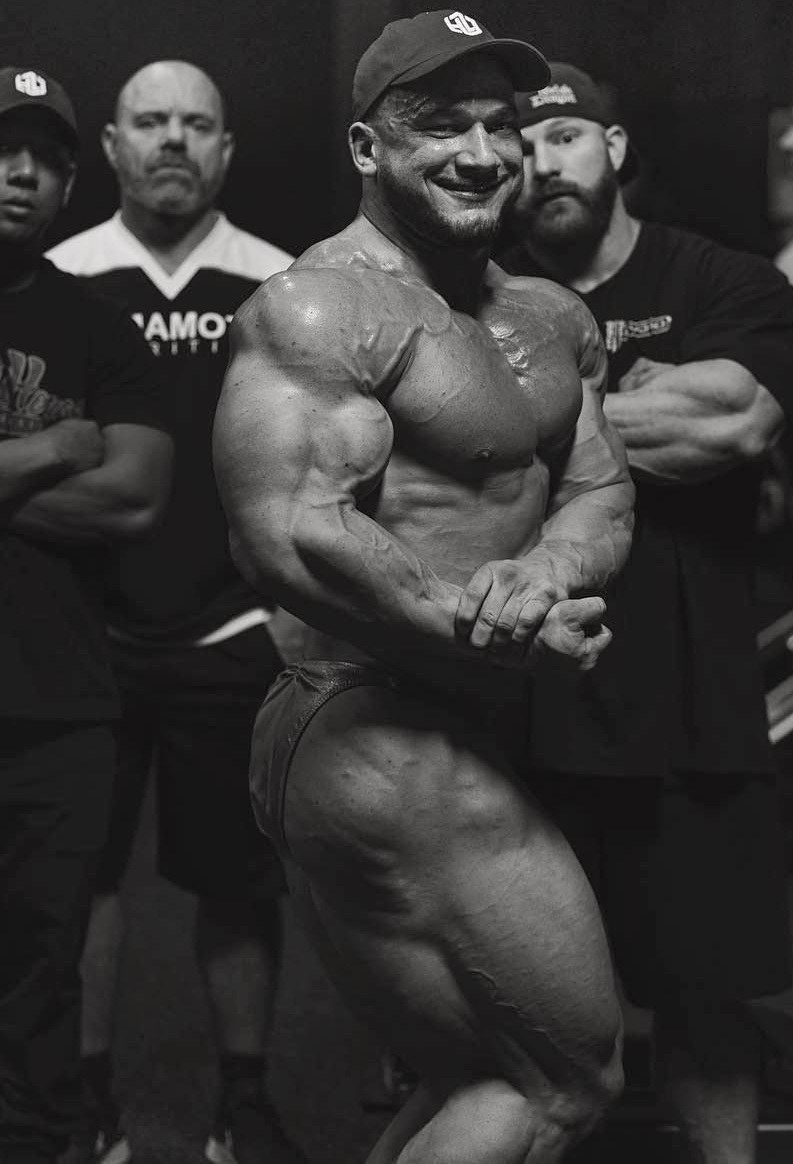 Hunter Labrada might be following the footsteps of his father today, but his early life looked completely different.

He grew up wanting to become an all-star American football player – playing the sport all the way through middle and high school.

At first, it seemed like Hunter was getting closer to achieving his goal. However, a serious injury during his senior year in college put his dreams in football to an end.

Due to the injury, Hunter had to move away from the football pitch for some time and work on his recovery. The recovery consisted of bodybuilding-split workouts designed to strengthen his muscles.

Hunter’s training program gave him the results he wanted; he became stronger, leaner, and ready to get back on the football pitch.

However, during this process, an unexpected thing happened. Hunter began to develop a strong passion for weightlifting.

In fact, he became so enthralled with the sport that he decided to give up on his footballing career and chase bodybuilding instead.

“It got to the point where I started loving lifting for football more than playing football. I did go my freshman yearwanting to go back to football but ended up not playing. It was a great experience, but it was a little too far from home—and a little too cold—for me.” 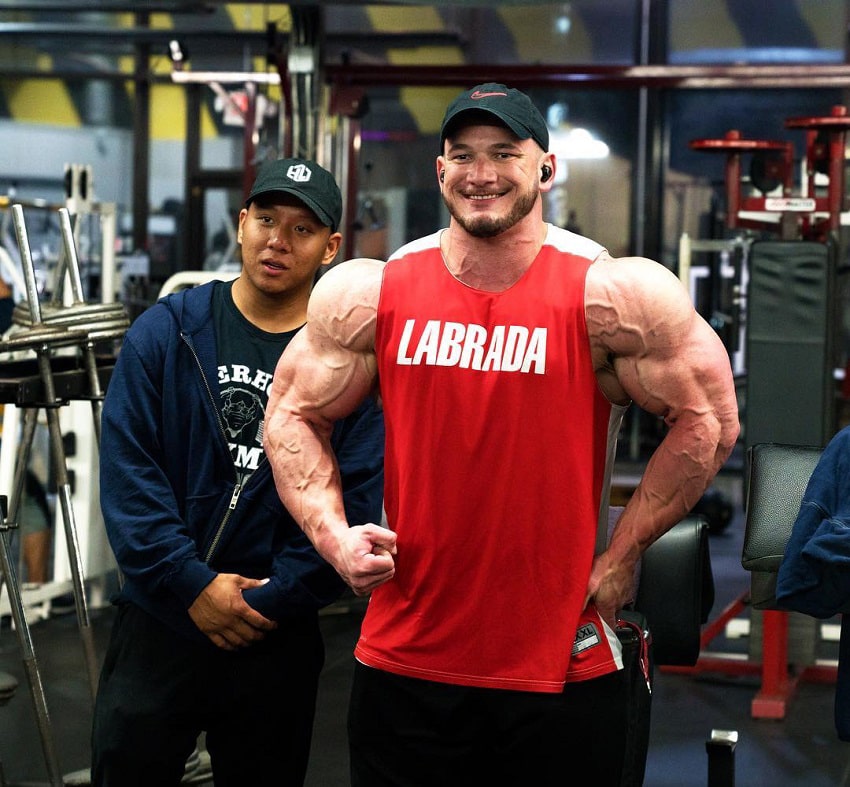 As the months passed, Hunter’s fascination with the bodybuilding lifestyle grew stronger. He eventually decided to enter the sport professionally – becoming a competitor.

Taking advice from his father, and training relentlessly in the gym, Hunter saw himself quickly rise among the ranks in the bodybuilding world.

He soon became a name to look out for, achieving victory after victory to his name. In 2016, he stepped on the NPC stages in San Antonio and Branch Warren Classic, winning both contests.

Alongside his stage success, Hunter has also become a renowned entrepreneur and social media name. With his father as his inspiration, Hunter Labrada keeps achieving new levels of success and looks set to become a bodybuilding icon in his own right. 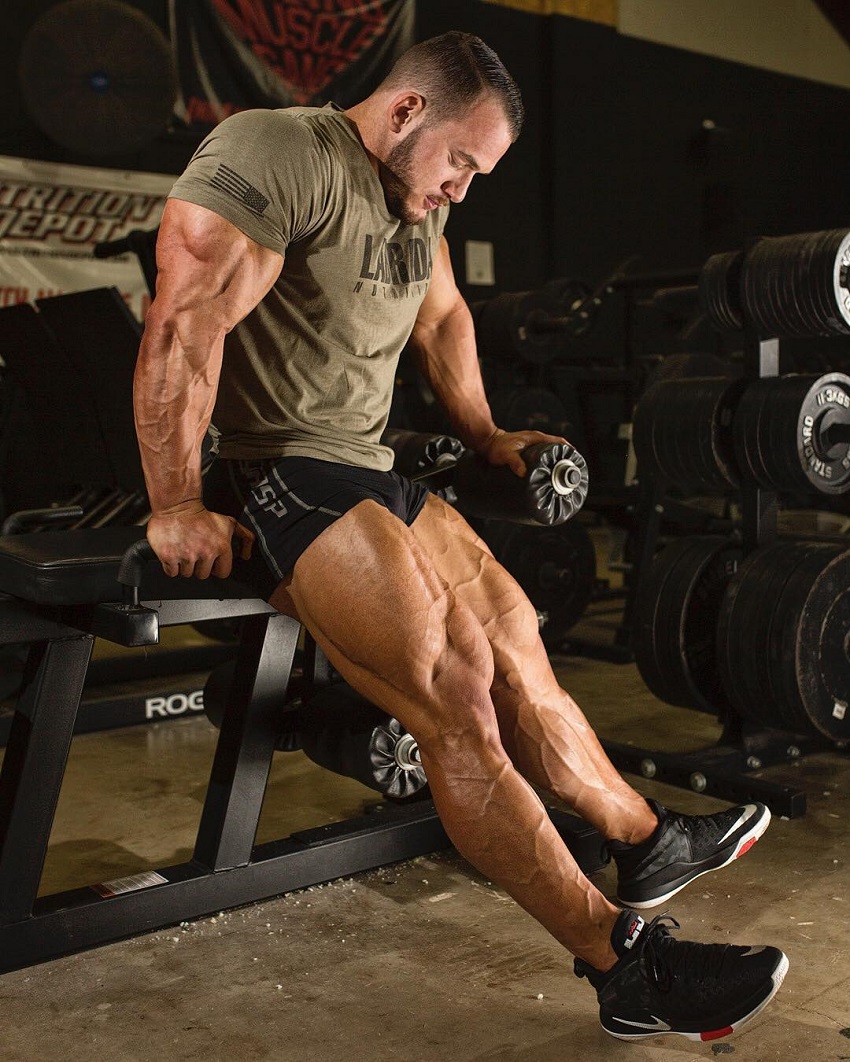 When he started out in bodybuilding, Hunter would train day in and day out. His motto was “the more, the better.” He’d do up to 25 sets per body part per workout. While this initially worked well for him – giving him “great gains” as he says – the progress eventually slowed down.

After he saw he didn’t grow as much anymore, Hunter became frustrated. He had perfect nutrition and supplementation, and was getting enough recovery time. What he didn’t realize at first, was that he was causing too much damage to his muscles with so much training.

As he learned more about training, Hunter realized he needed to reduce his volume and allow his body to catch up with the intense training. Instead of doing 25+ sets per body part, he was now doing 12-15 sets at max. Before long, this began to pay off, as Hunter’s ‘gains’ returned once again. 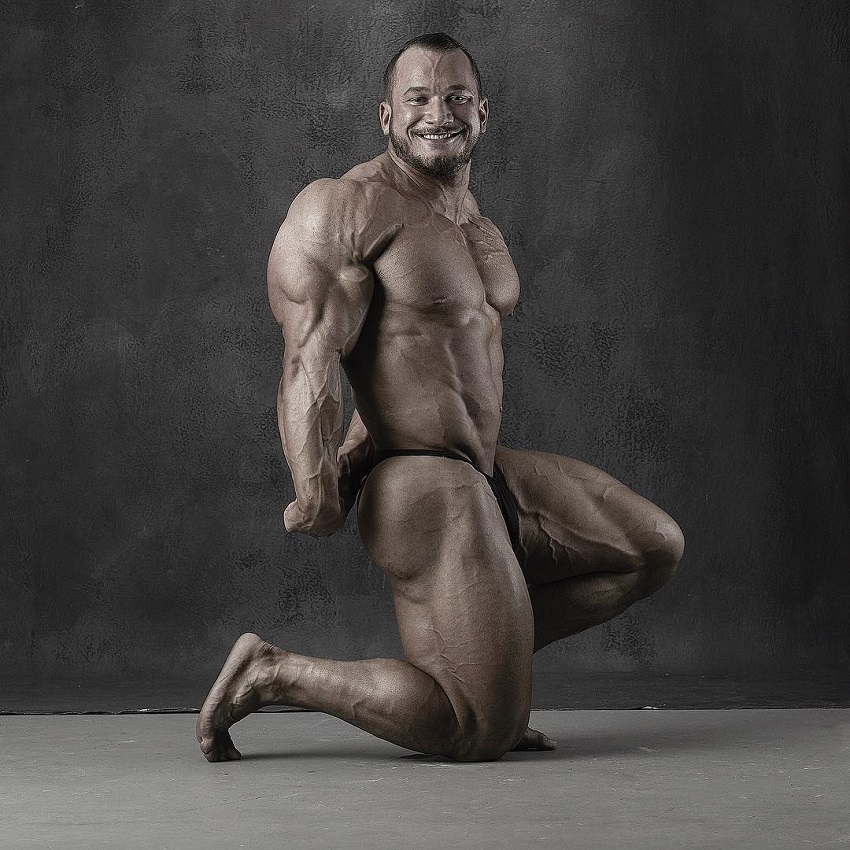 Hunter uses a moderate rep range when training – anywhere between 8-12 reps. His main focus lies on keeping the intensity high. He achieves this by doing lots of drop sets, forced reps, and super-sets, which reduce his rest between exercises.

Here’s how his training plan looks: 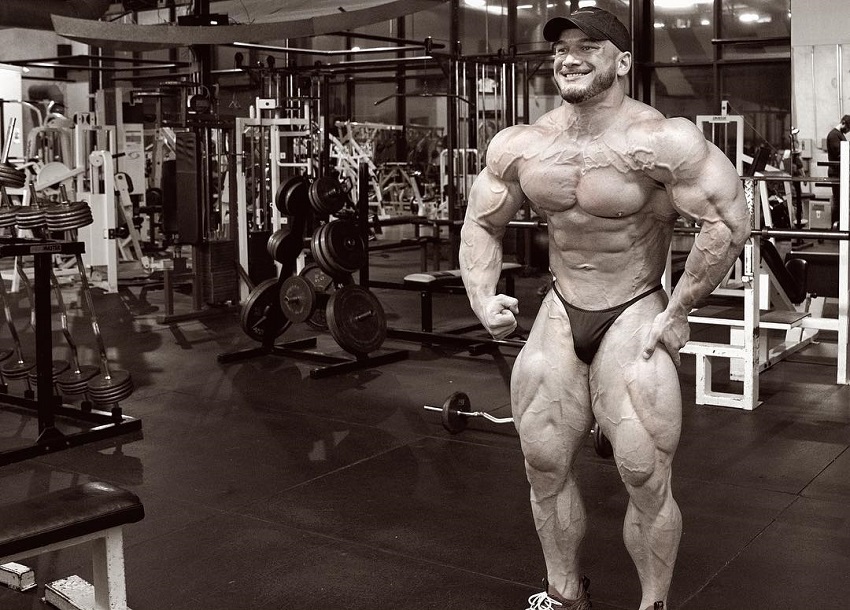 Hunter has never been a fan of eating “pizza and ice cream bulking diet.” According to him, while it’s easy to gain mass on this diet, it will mostly be fat – not muscle.

“Remember that bodybuilding is a marathon, not a sprint! So why put on large amounts of unnecessary body fat when you can achieve the same end goal, while looking and feeling much healthier?” – Hunter Labrada

Hunter’s diet is based exclusively on whole foods. These include chicken breast, white fish, and low-fat ground beef. He also eats some complex carbs, but avoids refined ones such as sugars and starch.

In terms of fats, Hunter eats plenty of omega-3 fatty acids. He gets these from fish such as salmon, but also from high-quality krill oil supplements.

Meal 5 (one hour after shake) 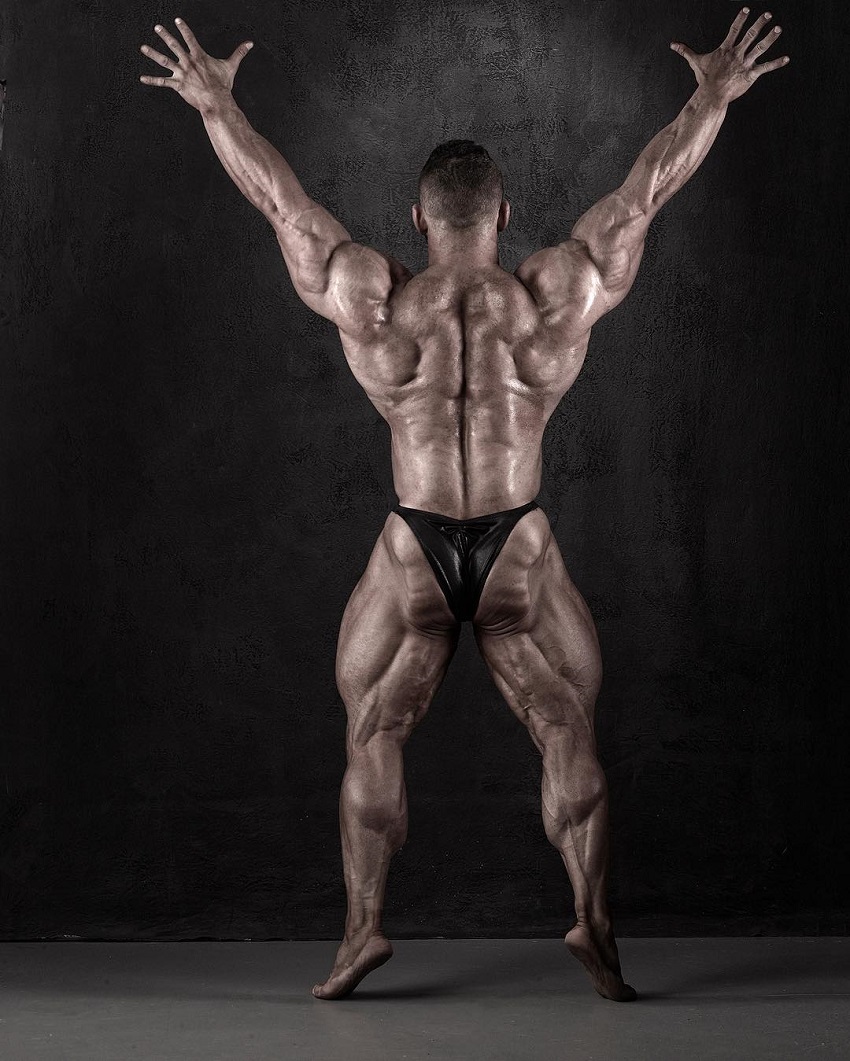 For Hunter, his biggest idol and influence is his father, Lee Labrada. Hunter doesn’t only look up to his father for his awe-worthy bodybuilding accomplishments but also the hard work and lessons about life he’s instilled in him from an early age. And for that, Hunter says, he’ll always be thankful. 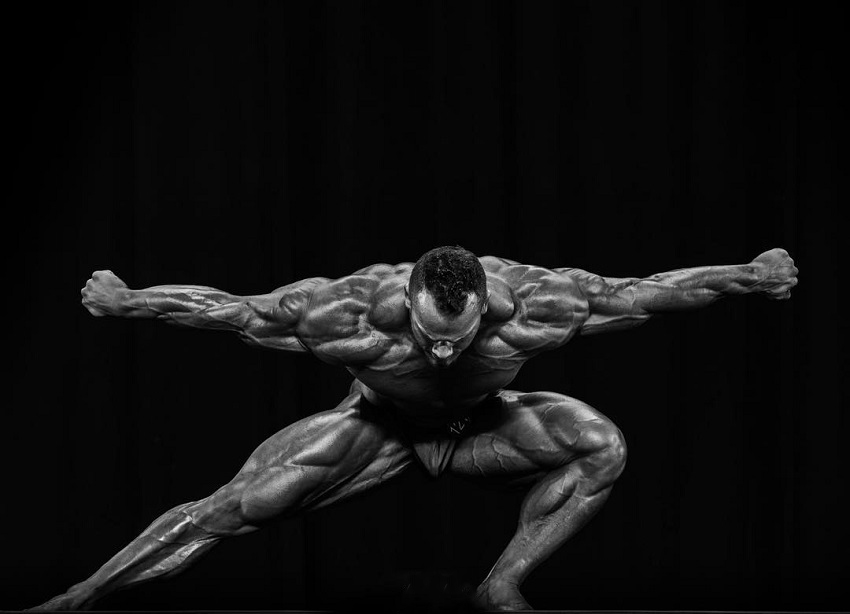 What we can learn from Hunter Labrada

Hunter Labrada is a prime example of what success in bodybuilding looks like. It might appear glamorous on the outside, but there are countless hours of hard work and sacrifice going on behind the curtains.

By having a similar mindset as Hunter, you too can reach high levels of success in your own craft – whether that’s bodybuilding or something else.