Harold Poole was a legendary American bodybuilder known for being on the most formidable competitors throughout the 60s and 70s. Harold was born on Christmas Day in Louisville Kentucky. From an early age, he displayed a great skill in physical activities, excelling in American football, track, and wrestling.

Later down the road, after he began weightlifting, Harold graced the bodybuilding world with a physique that was never seen before. At his very best, Harold boasted a perfect balance of muscle size, proportion, and definition. He was ahead of the curve.

He was later voted the Greatest Teen Bodybuilder of All Time, among many accolades he’d gathered throughout his gleaming career. This is his story: 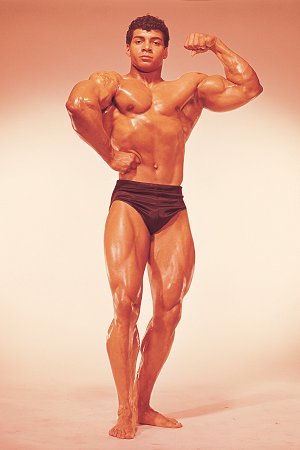 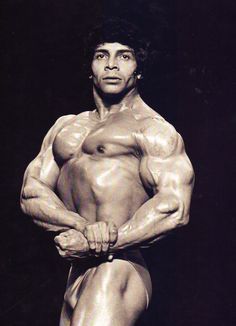 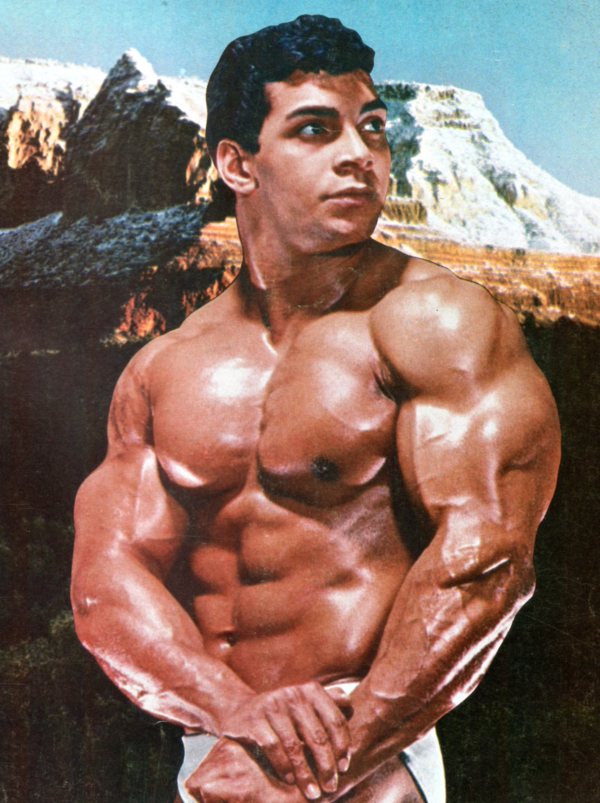 Born and raised in Kentucky, Harold Poole was an athletic child since his early youth. At the age of 12, his pursuit of sporting activities began – including wrestling, boxing, track, and American football.

In his first year of training, Harold grew by leaps and bounds in his power and speed, which was evident by his results in sports.

He was able to run a quarter mile in just 54 seconds, in addition to placing second in his high school wrestling tournament at 175 lbs of solid muscle.

Harold’s track coach, Roy, suggested to Harold to try weight training to improve his results in sports even further.

At the time, weightlifting practice was looked down upon – it was still somewhat a taboo topic in the mainstream. But this didn’t hold Harold back, who soon took on weight training and started his journey towards a bigger and stronger body.

By the time he was 18, Harold carved out a muscular and lean physique, weighing 200lbs. With his improved physicality, he soon became the heavy-weight wrestling champion in his school.

He also took 2nd place at the Indiana State Heavyweight competition. Along with throwing a 12lbs shot, 55-inches, displaying his sheer explosive power.

Seeing the benefits of strength training, Harold soon became infatuated with his new lifestyle. One thing led to another, and he soon turned all of his focus to bodybuilding. He excelled quickly at it.

Even though Harold first discovered weight training thanks to his coach, his further developments came when he took mentorship from his close friends and training partners, Dossie and Loren.

Harold and his two friends trained together for many years, following a three-day-per-week workout plan. According to Harold, they trained religiously and never missed a single workout. 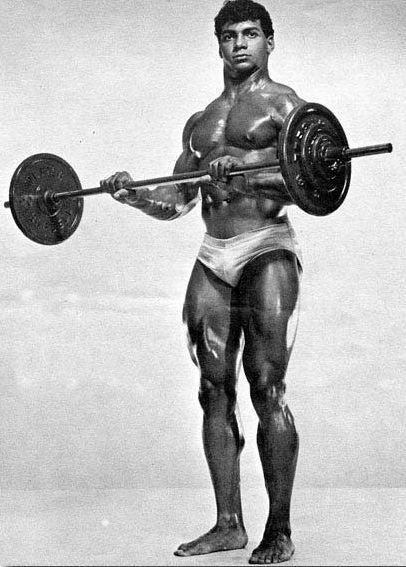 Harold’s hard work in the gym paid off in 1960. It was then that he took part in his first bodybuilding show and subsequently claimed his 1st place title. With this victory, he was now known as Junior Mr. Indianapolis.

But this wasn’t all. Harold also qualified for his first ever AAU Mr. America contest, which he would later win on multiple occasions – in 1964, 1967, and 1968.

Although he was still in his early 20s, Harold possessed a physique that was ahead of his time. He usually competed against more experienced and mature bodybuilders, yet was still able to take home titles on a regular basis.

If his first year of competing was anything to go by, it was clear Harold would eventually become one of the world’s best bodybuilders.

By 1961, Harold was achieving success on multiple ‘fronts.’ He not only competed and won regularly in athletics, but also added to his trophy room in bodybuilding.

He went on to win two shows, the Mr. Junior America and Mr. Indianapolis, along with placing amongst the top five at the AAU Mr. America.

A year later, Harold stepped it up to claim his AAU Mr. North America title, which was one of his biggest victories up to this point.

However, it wasn’t until 1963, after transitioning to the IFBB league, that Harold would reach the peak of his career.

Having entered the elite IFBB league for the first time, Harold was ready for new challenges.

He quickly made a name for himself by winning both the Mr. America and IFBB Mr. Universe titles. The former saw him become the first ever African-American bodybuilder to win such a prize. 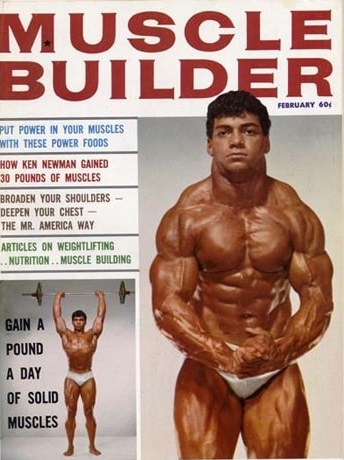 In 1965, a new type of show was introduced to bodybuilding, something that would eventually become the biggest event in the sport. It’s name – Mr. Olympia.

Harold, with his previous success and a spectacular physique, was one of the favorites to win the show. In the eyes of many, he was the man to claim the prize.

However, this never happened. In the first ever Mr. Olympia, Harold took second place to Larry Scott, whom the judges saw as the champion.

The following year brought the same result – with Harold finishing 2nd behind Larry. This time, however, the results sparked controversy, as some people, including Harold, believed the victory was set up and that the true champion was Harold Poole.

In 1967, Larry retired from bodybuilding, leaving Harold as the main favorite for winning the show.

Again, Harold was very close to claiming the ultimate prize, but this time he lost to the legendary Sergio Oliva, also known as “The Myth.”

Although he never won Mr. Olympia, Harold still set some impressive feats in the contest. He was the first bodybuilder to compete at Mr. Olympia three times in a row.

He was also the youngest man ever to stand at the world’s biggest bodybuilding stage, being only 21 years old at the time.

With these feats, along with numerous other titles he’d previously won, Harold established himself as one of the best of his era, and beyond.

He also became known for popularizing the famous most muscular pose. In fact, Harold’s posing in general was thought to be one of the most dynamic and elegant in the history of bodybuilding.

Harold retired from competing in the IFBB after his participation at the 1982 Night of Champions. He finished outside of the contests top 10.

Over the years, he replaced the limelight of the bodybuilding stage with a new career and athletic pursuits. These included personal training, Taekwondo instructing, and professional wrestling, just to name a few.

Harold later moved to Florida where he continued with his active lifestyle consisting of weight training, coaching others, and playing sports.

In 2004, Harold was introduced to the IFBB Hall of Fame. Three years later, he also earned his place at the WBBG Hall of Fame. The ultimate stamp on his bodybuilding career came in 2008, when Harold won the vote for the Greatest Teenage Bodybuilder of All Time. 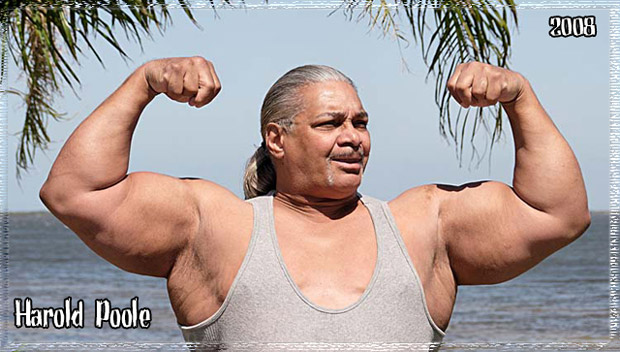 Harold Poole in his 60s.

During his early days, Harold Poole worked out three times per week. It was extremely rare for him to miss a workout.

He would do 5 sets of 15 reps on each exercise. Harold said his favorite exercise used to be squats. His reason was: “I used to do many squats because at that time most of the bodybuilders had no legs. And that is because they did not like squats. It’s hard work.” – Harold Poole

When he prepared for a competition, Harold spent a lot of time running. On top of this, his high-rep sets served him as both strength training and cardio.

Exercising in His 60s and Beyond

As Harold entered his 60s, he changed his training for the purpose of health and longevity.

He stopped doing heavy exercises. Instead, he replaced them with light isolation movements which he would perform with many reps – more than 30 per set.

With this approach, Harold was able to maintain a healthy and ripped physique well into his late 60s.

During his prime, Harold trained with basic compound exercises. He didn’t follow any secret or special regimen, it all boiled down to his hard work and consistency in the gym.

Here are some of the basic exercises and routines Harold used to do: 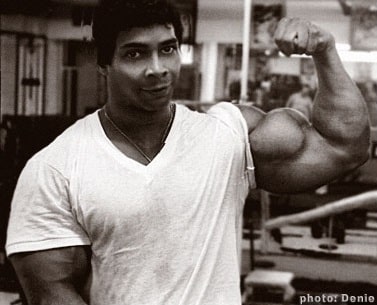 Back when Harold Poole competed, he didn’t have a lot of knowledge of nutrition as modern bodybuilders have today. He based his diet on high amounts of protein and complex carbs “to get huge.”

In Harold’s own words: “Then you would eat meat and potatoes and you would eat your eggs and drink your milk – anything that would help you to put on weight. It was all about trying to get huge.” 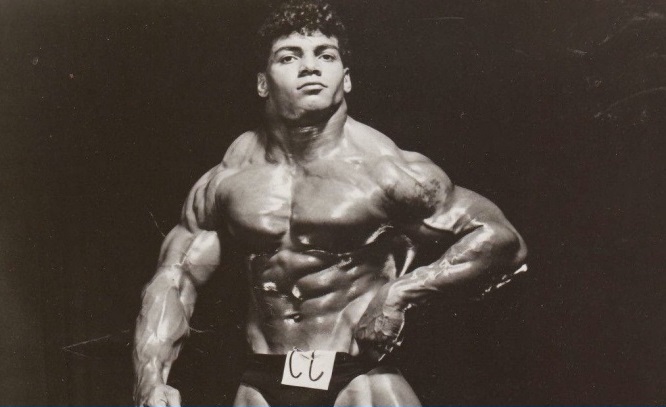 People who had the biggest impact on Harold’s early bodybuilding career were two of his friends and training partners, Loren and Dossie.

Here’s Harold talking about them; “When I was a teenager in Indiana I had two friends, Loren Comstock and Dossie San Sing, who were older than I and who were also bodybuilders. They took the time to teach me how to pose. They were competitors themselves. “ 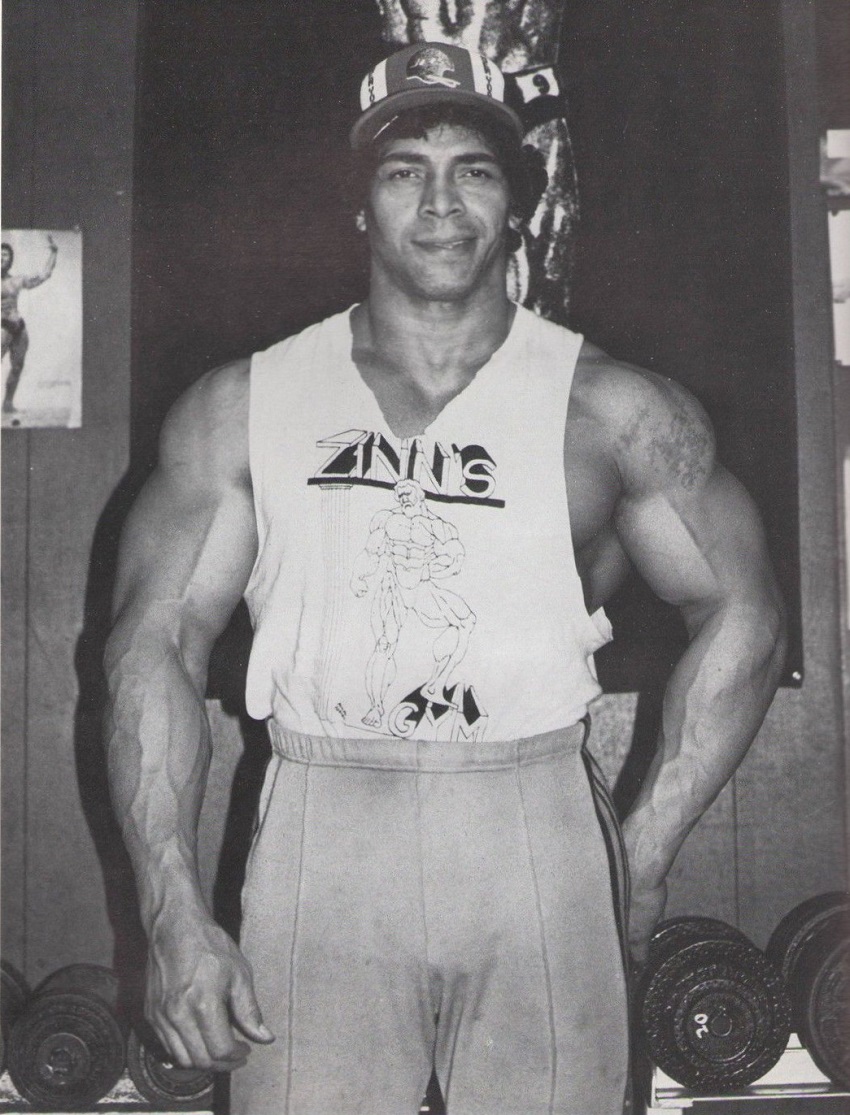 What we can learn from Harold Poole

Harold Poole has shown us that even the greatest bodybuilding icons start somewhere.

Harold was initially an avid sportsman during high school, but was later introduced to weightlifting by his track coach.

Through his own dedication and help of his friends Loren and Dossie, Harold sculpted a physique that would see him win numerous bodybuilding trophies.

If anything, Harold’s story shows us the importance of learning from more experienced people. They will help steer you on the right path and provide you with the knowledge necessary for reaching success -just like we’ve seen with Harold Poole.

I am South African. 72 years old. By my account and rigorous judgement, Harold Poole had the most beautiful, proportionate physique without any blemish whatsoever. He was my hero and inspiration throughout my weight training/body building history, actually even to this day. What a great man! May his soul ever be at peace and his family and all who loved and admired him cherish this man for the rest of their lives. Temba A Nolutshungu