Hany Saeed is a professional Egyptian WBFF Pro Muscle Model and Fitness athlete. Hany is known for his unorthodox dieting methods, some of which include drastically increasing his carbohydrate intake before a contest.

It’s thanks to his unique methods that Hany was able to sculpt an immaculate physique – one which brought him titles such as the 2014 Fitness Arab Champion, and WBFF Pro Fitness Model title.

Because of his unique approach to fitness, Hany has gained a large number of followers over the years. These very followers now listen to Hany’s advice on social media, in order to build a chiseled physique of their own.

With his ever-growing list of achievements, along with his unique style of training and dieting, Hany has cemented his status as the greatest WBFF fitness athlete from Egypt. 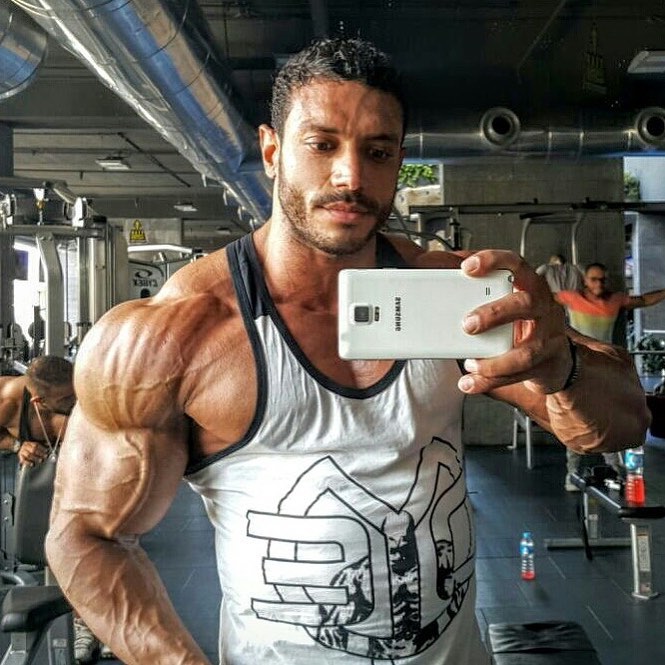 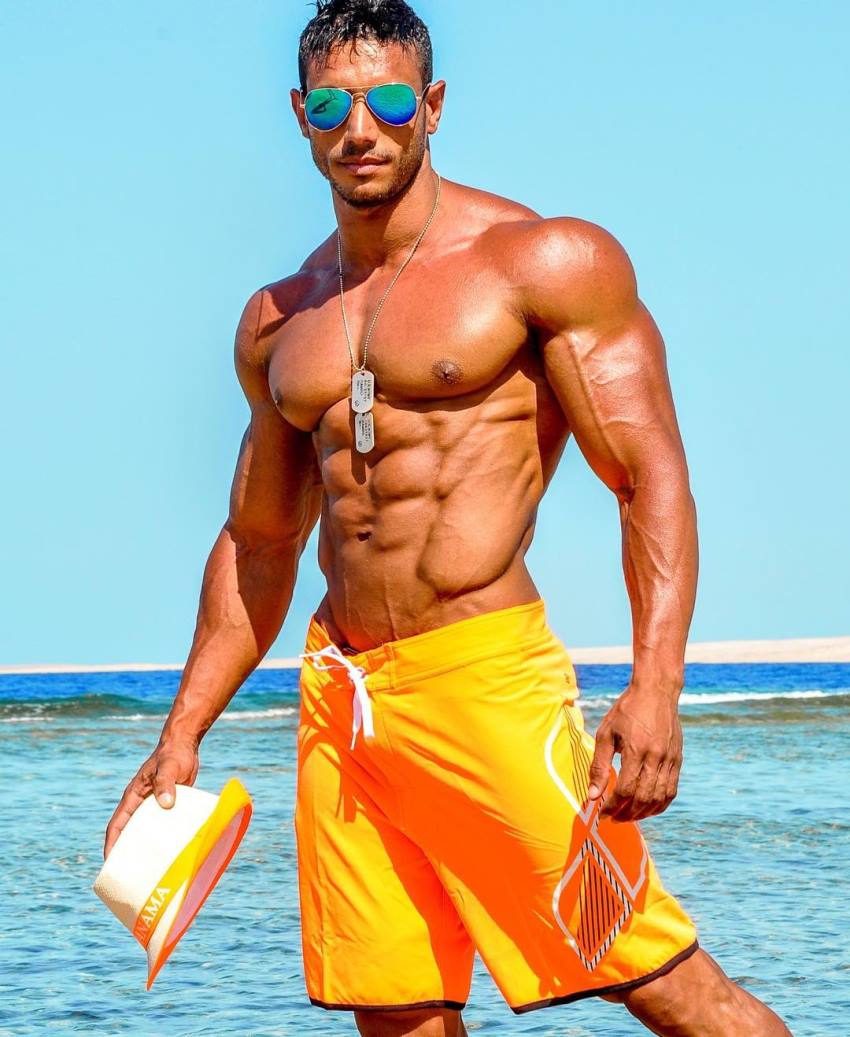 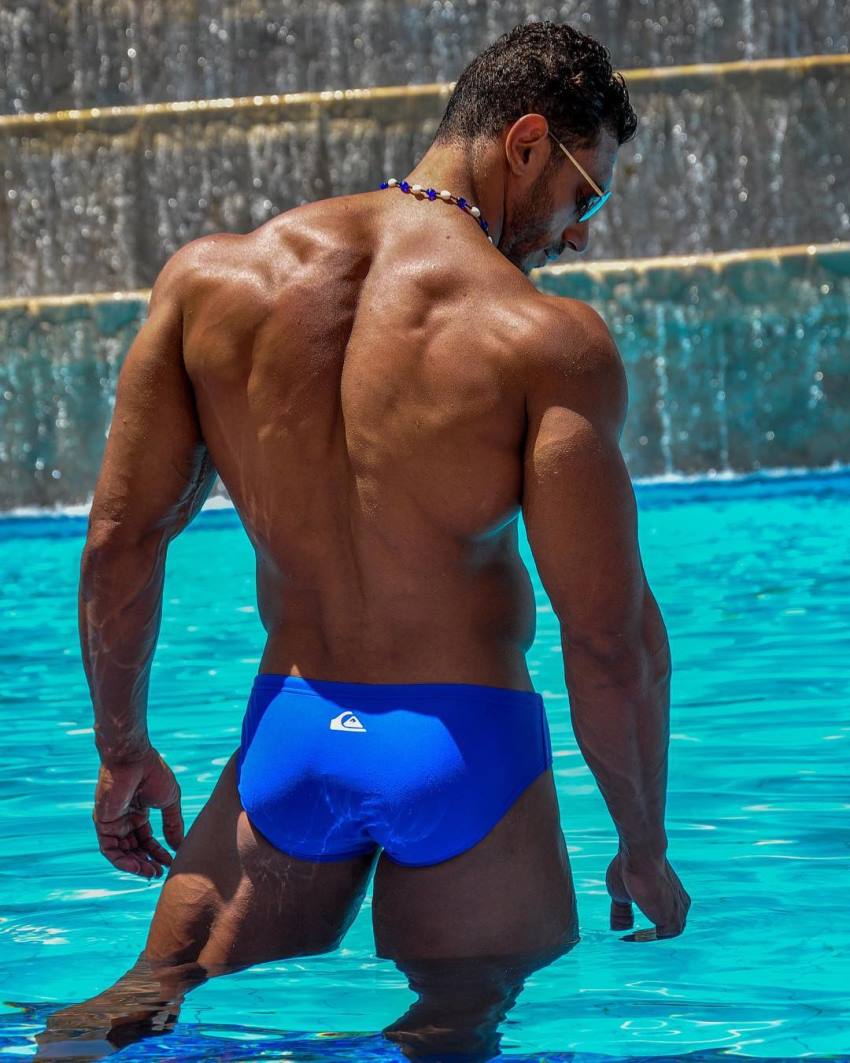 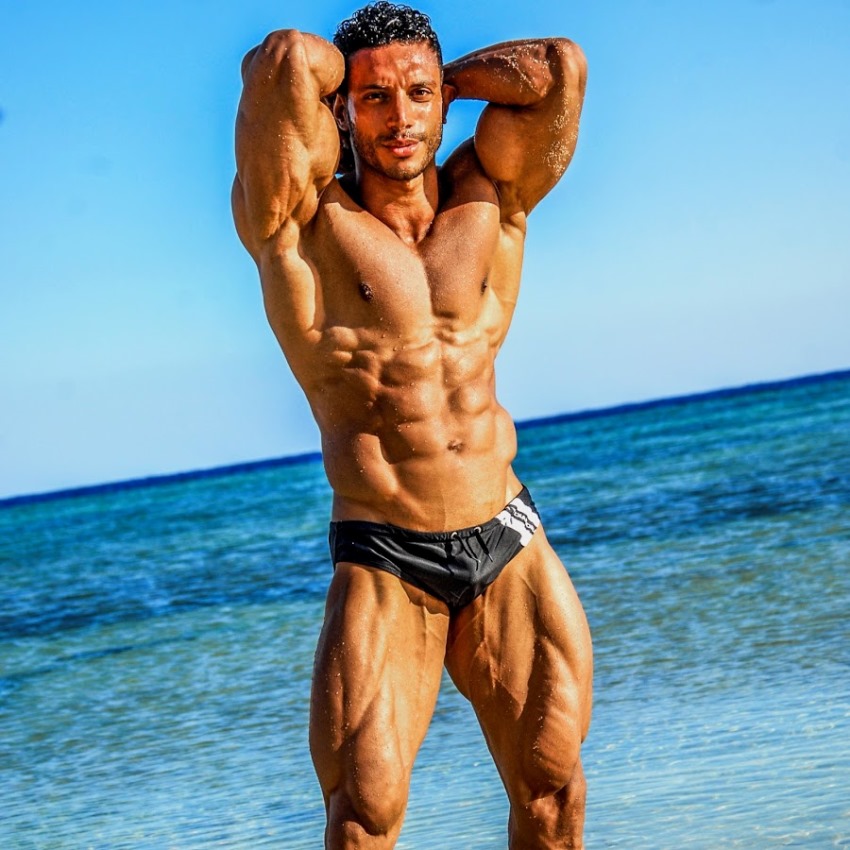 Hany works out with weights for roughly two hours every day. He doesn’t usually do cardio, unless he’s close to a competition – in which case, Hany would add three to four cardio sessions per week.

Despite not doing cardio in the off-season, Hany is able to maintain impressively low levels of body fat. He does this by accompanying his strict diet with a rigorous training routine which allows him to burn more calories.

More specifically, Hany adds supersets, drop sets, and extremely short rest periods to his training. This way, he gets his heart pumping while working his muscles at the same time. In other words, Hany’s workouts serve him as both strength training and cardio. 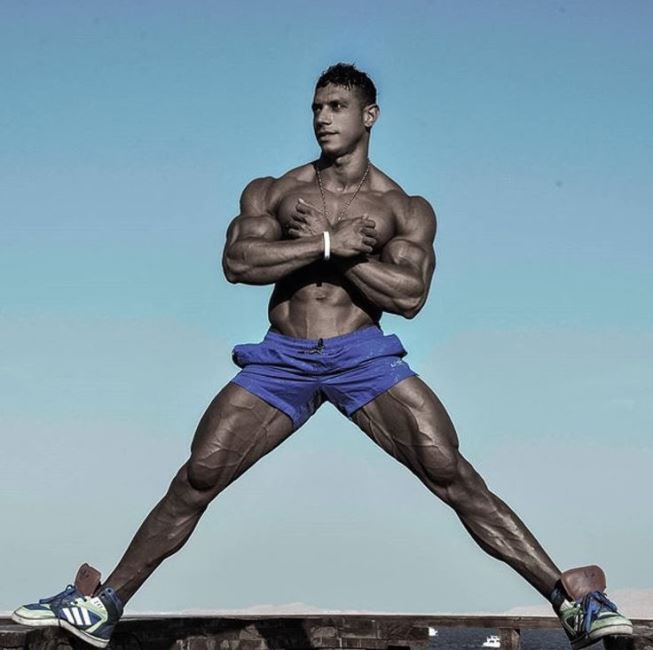 According to Hany, to stay lean all year long, he has to have both his diet and training ‘on point.’ Six out of seven days per week, Hany will eat only the cleanest of foods. These include skinless chicken breasts, zero-fat cheese or yogurt, salmon, egg whites, and a lot of vegetables.

On the seventh day, however, Hany will treat himself with anything he desires. He considers this day as his ‘re-feed’ day, which allows him to recharge both his muscles, and ‘mind‘ for the week ahead. In Hany’s words;

“I keep my diet strict all week, then I can make one day for my cheat meal. You know, it’s like my re-feed day, where I have a burger or a pizza, or chocolate spread – I really like sweet foods.” – Hany Saeed 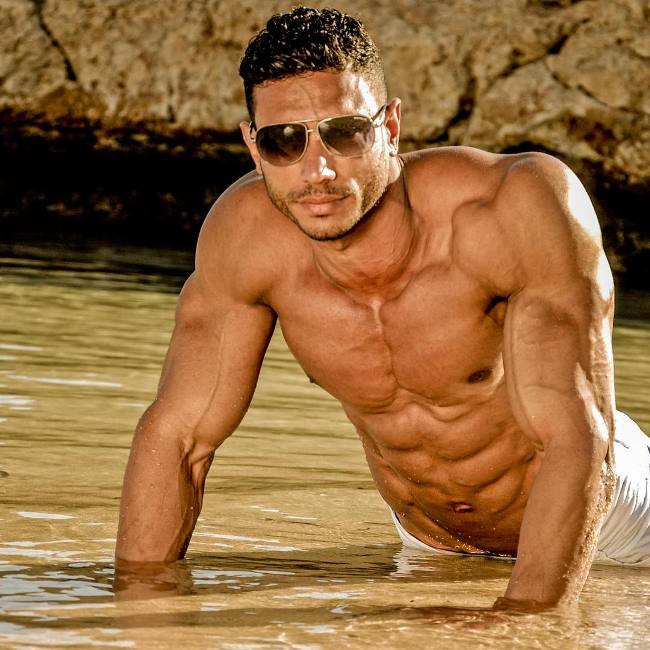 A Different Approach to Pre-Contest Dieting

In the build-up to a competition, Hany will add a lot of carbohydrates to his diet. For example, if Hany has six meals per day during the contest-prep period, five of those meals will be packed with carbohydrates. By the end of the day, Hany will have consumed around 700 grams of carbs.

This type of dieting is much different than what other athletes typically do. While most competitors drastically reduce their carbs before a contest, in Hany’s case, it’s the complete opposite.

As Hany’s says, everybody’s ‘body‘ is different, and this method has worked very well for him. For this reason, he advises everyone not to copy others, but to listen to their own body and experiment to see what brings them the best results. 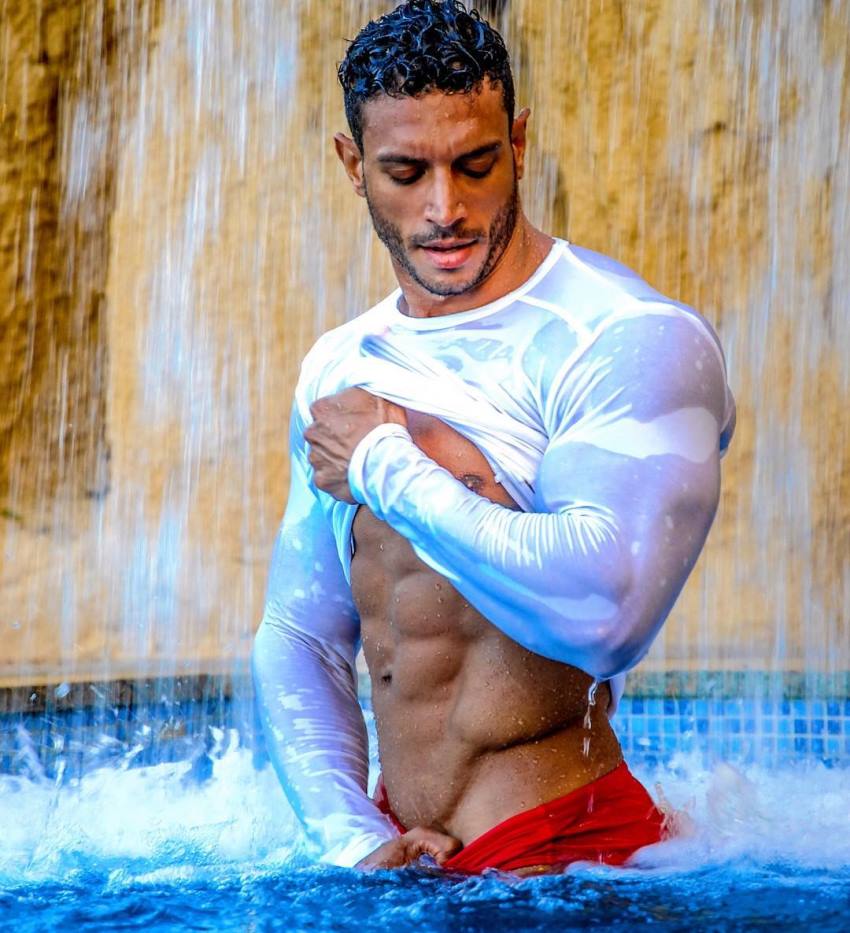 These are Hany’s favorite foods with healthy fats; 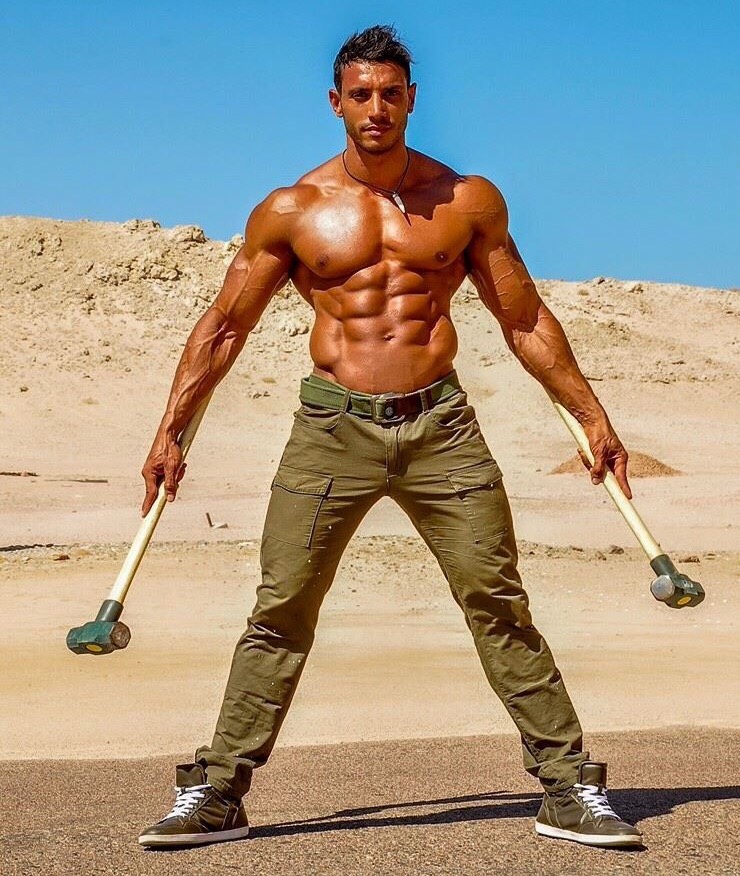 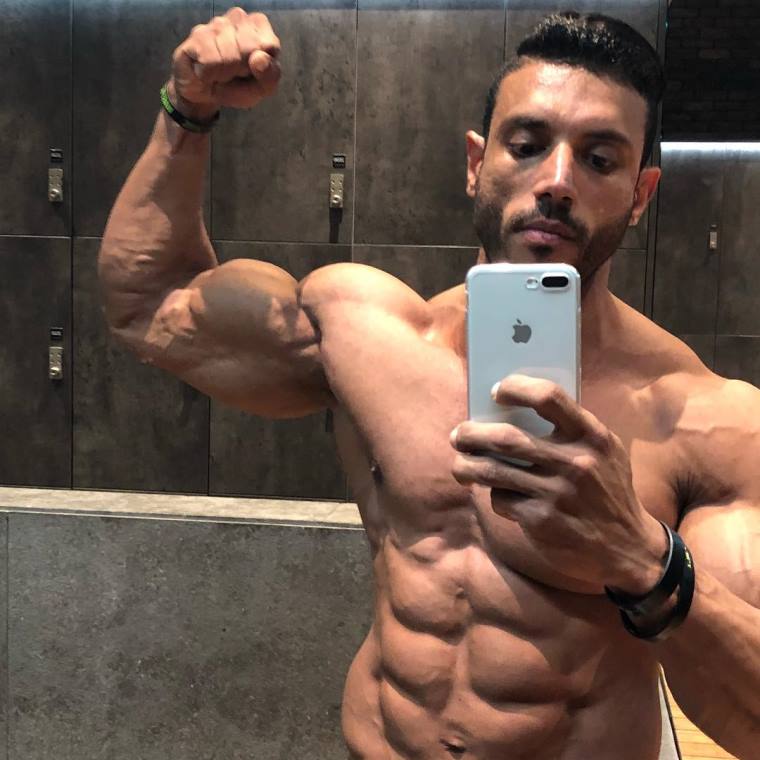 What we can learn from Hany Saeed

Hany Saeed’s example has shown us that you don’t have to follow what everyone else is doing in order to become successful. Hany adopted a rather unorthodox approach to pre-contest dieting, one that includes eating over 700 grams of carbs per day. But, it was this method that has allowed him to rise to the top of the fitness scene in Egypt.

Therefore, in regards to fitness, this is what we can learn from Hany Saeed; Everybody is different. Some things that work well for others may not be the best solution for you.

For this reason, remember to experiment with your training and dieting. Do this until you find your own unique plan, that gets the best results for you – just like Hany Saeed did.

I wonder what is his waist to should ratio