Born in Bridgewater, New Jersey, Guy Cisternino was a sports enthusiast since his childhood. When Guy was growing up, he would take part in different activities such as football and boxing

Guy first became inspired with bodybuilding from his father, who was a footballer and a boxer with an amazing physique, and Cisternino wanted to be just like him.

As Cisternino was growing up, his love for football started to diminish and soon he found himself training in the gym day in and day out.

After many years of sacrifice and dedication in bodybuilding, Guy started competing and eventually became an IFBB Pro and a fitness icon in the fitness community, inspiring fans everywhere to lead a healthy lifestyle and improve their bodies. 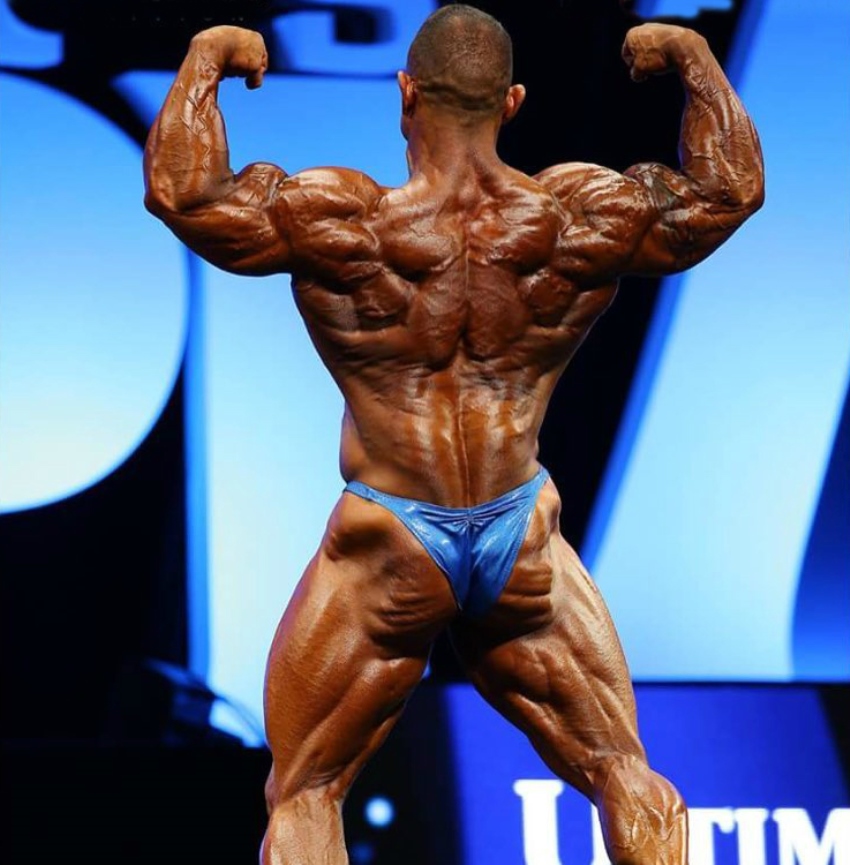 ”There’s always going to be people in your life that try to put you down, belittle you and to make your dreams seem unaccomplishable. You can’t let others in life write your book for you.. You’re the one that has the blank pages and you hold the pen to that.” 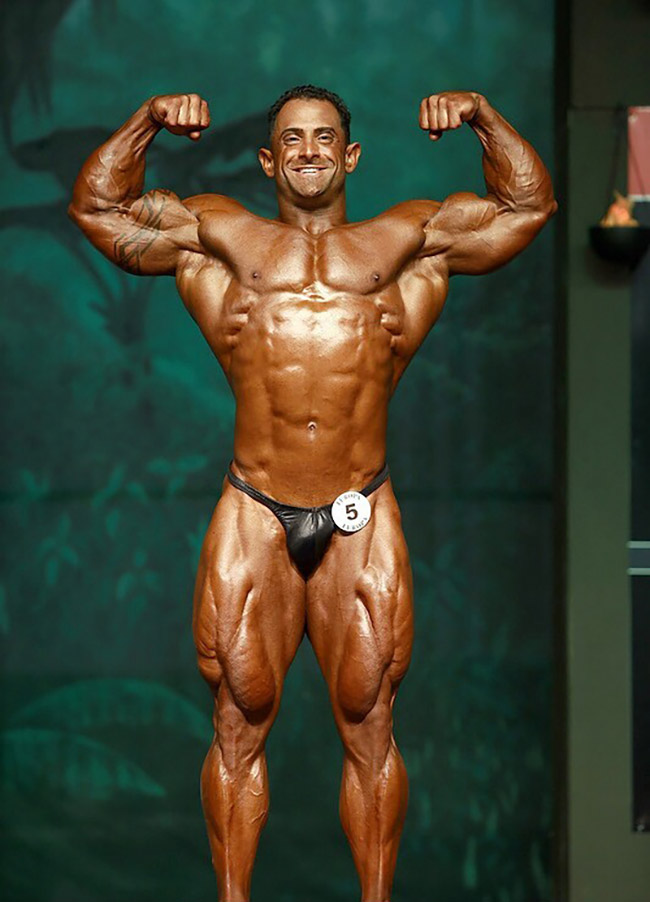 “You can either live a life full of memories you made doing what you love and living out your dreams, or you can die with regrets of having dreams you never tried to pursue. Live every day like it’s your last and make every day count!” 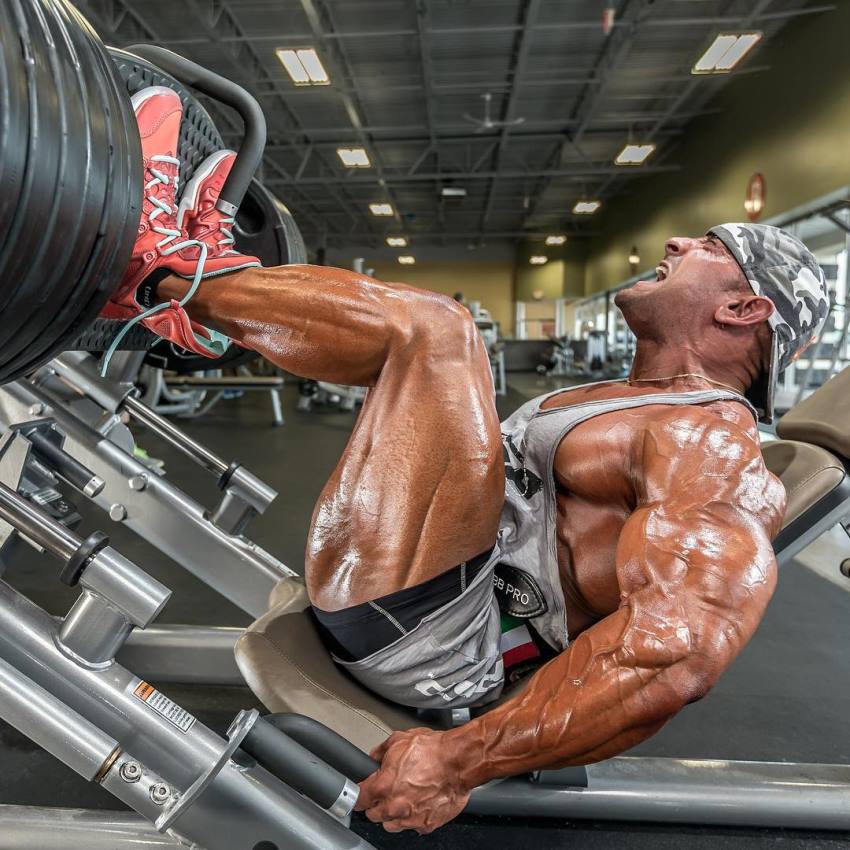 “The only person in life you owe anything to is yourself.”

Guy Cisternino was born on 21 of March 1982 and raised by Italian parents. He was always fascinated in sports and training – Guy said that his father was his main inspiration for bodybuilding as he was a boxer and footballer with a great physique.

As he was growing up, Cisternino slowly became more involved in boxing and football. He started playing Pop Warner football in the 3rd grade but said he wasn’t happy during that time as he was the smallest child on the team.

When he was in 7th grade, his father bought him a set of weights. At first, he had a few dumbbells and a triceps pulldown machine at home, but when he entered high school, he started training in the school’s gym.

When he entered college, he still had a passion for football but started spending more hours in the gym. Cisternino later found out about bodybuilding competitions, and soon, weight training became his main priority.

After building a strong physique, he played with the idea of entering bodybuilding competitions. Eventually, he decided to step on the stage for the first time in 2003. However, 7 days before the show, he received an e-mail saying the show was canceled.

Guy then immediately started searching for other competitions. He later managed to find another show in West Virginia on the same date.

“I paid 1300 dollars to get my Bronco II fixed up and my cousin and I drove nine hours there to compete in my first ever bodybuilding show.”

Guy arrived at the show, stepped on the stage for the first time, and took home 1st place in the novice class overall, and open class, but lost to another competitor in the open division overall.

According to Cisternino, it was at this point he realized bodybuilding and competing were his passions in life, and said it was something he wanted to continue for as long as possible. 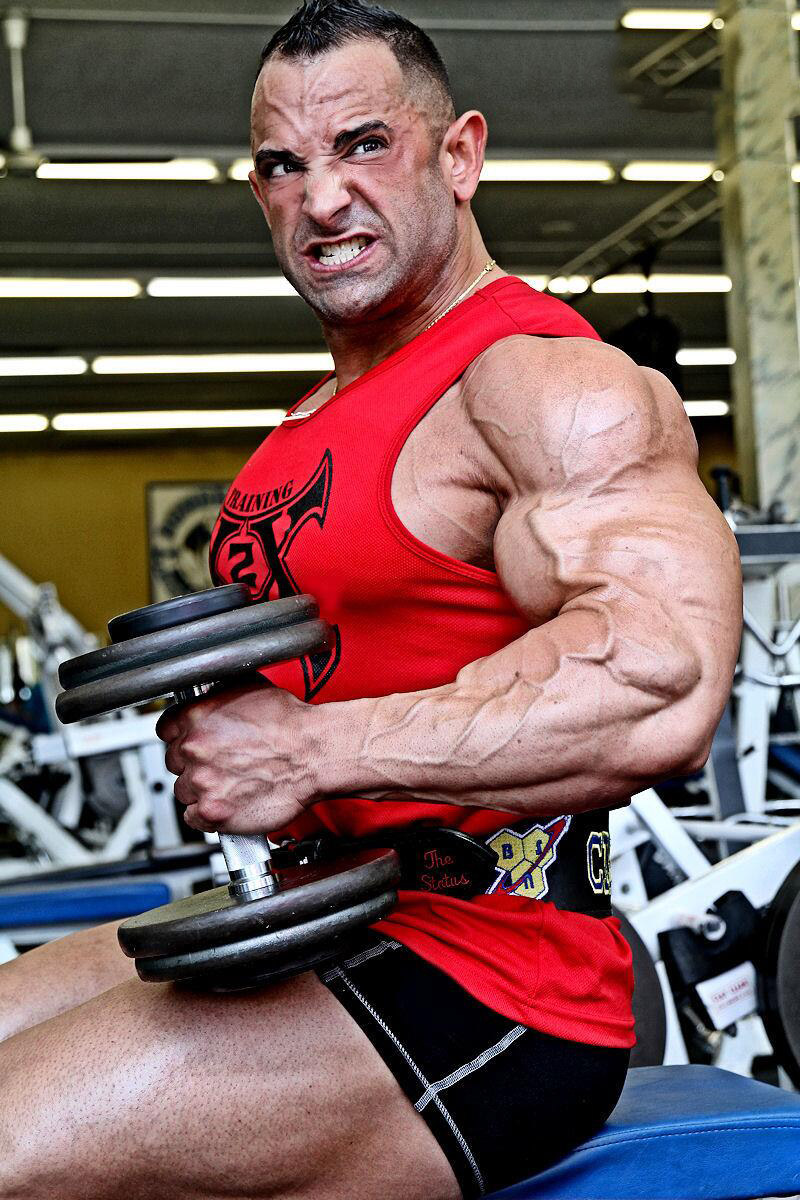 After his first competition, Cisternino was hooked to the lifestyle and continued preparing for other shows. During the 2003-2007 period, he competed in several local and regional shows, winning some, and placing in others.

In 2007, he took part in the IFBB New York Metro Championships, where he won the middleweight class -After the show, he continued training and dieting with even more determination than before.

Guy then competed in the 2007 NPC Nationals, where he became a runner-up in the middleweight class. His second show was the NPC Junior USA the same year, where he took home 1st place. After winning the NPC Junior USA, he knew he had more potential to go one step further.

He stepped on the stage at the 2008 NPC Nationals and “smoked” the competition, taking home 1st place with a perfect score and won his Pro card.

After winning his Pro card, Guy took 1 year off from competing and came back with a series of respectable results, but it wasn’t until the 2011 IFBB Europa Supershow that he started to improve his winning streak.

Over the next few years, Cisternino participated in numerous shows, such as the 2013 IFBB Wings of Strength Chicago Pro-Am Extravaganza, where he placed 2nd and 1st in the 2014 IFBB Europa Dallas competition.

Ever since the beginning of his journey into bodybuilding, Cisternino has become an IFBB Professional bodybuilder with a huge following on social media where he continues to share his pictures and motivational quotes, inspiring others to take on life’s challenges and become the best versions of themselves. 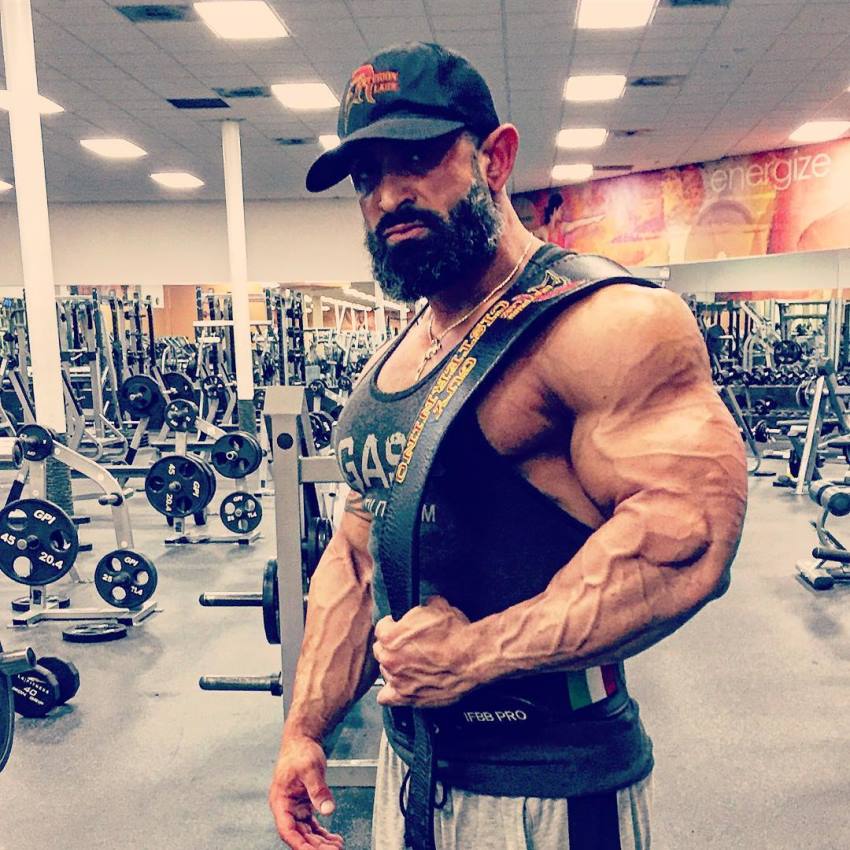 “I have had many cracks in my life many more recently than ever before, doesn’t matter how many cracks my life endures one thing is for sure, you can crack me as much as you want, but there’s one thing for sure, I refuse to ever be broken. Remember that!”

When he trains, Cisterino likes to keep it simple. His form is strict, and the weights are heavy. Guy prefers using higher volume, short rest periods between sets, and a higher number of repetitions. 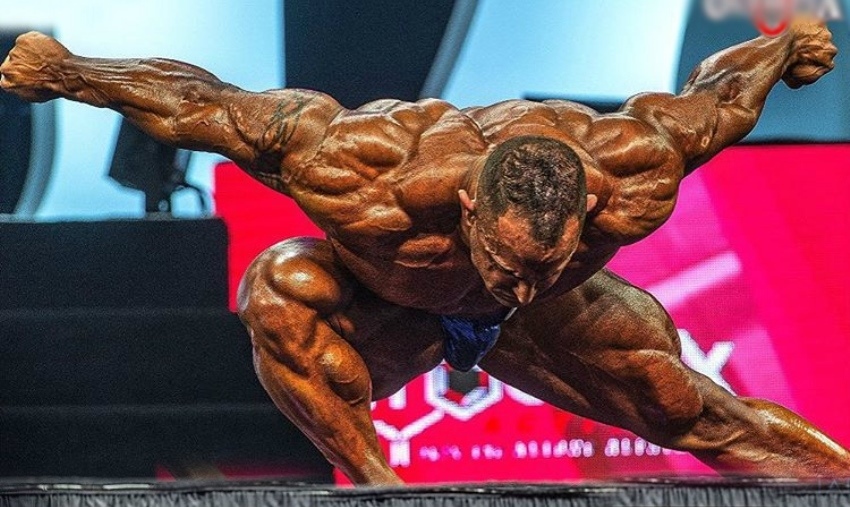 “Strength doesn’t come from training, dieting, doing cardio, or even bodybuilding. Strength comes within ones self.”

When it comes to his diet, he prefers to stay lean all year round and almost never “bulks-up” to a point where he has “a gut”.

Guy says that if people bulk hard to gain an extra pound of muscle during the off-season, then they’ll have more difficulties when they need to cut down excess body fat.

Guy is a fan of using a variety of supplements as a way to boost his performance in the gym and gain additional muscle mass while shortening recovery time. 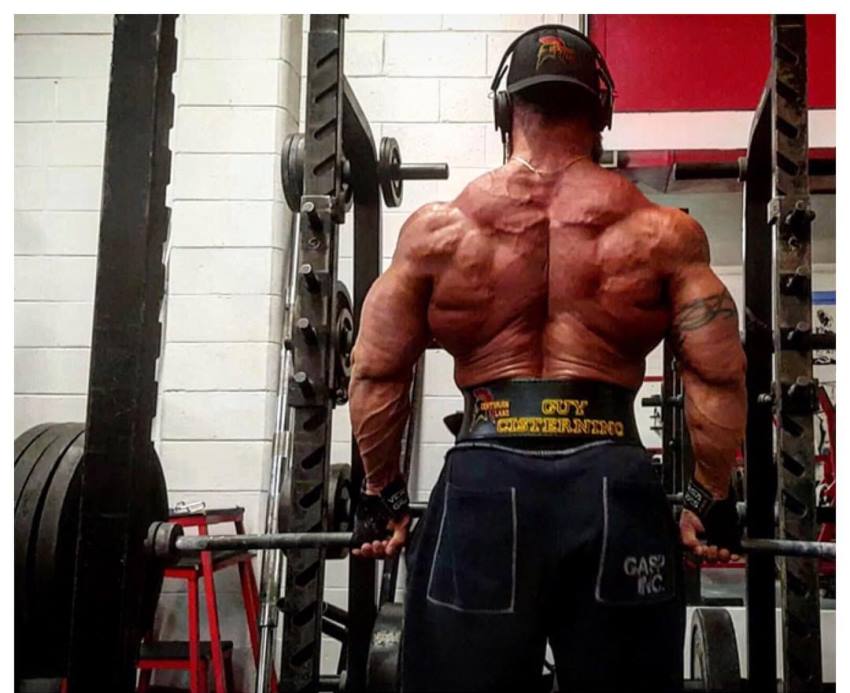 Guy often mentioned his father as someone he always looked up to. He said that when he was a child, he would always admire his father’s arms and always tried to emulate his hero.

Guy said; “I remember as a child admiring my father’s arms. So many times he would put both his hands on his head and make his biceps move one at a time and I thought it was the coolest thing in the word.” – Guy Cisternino 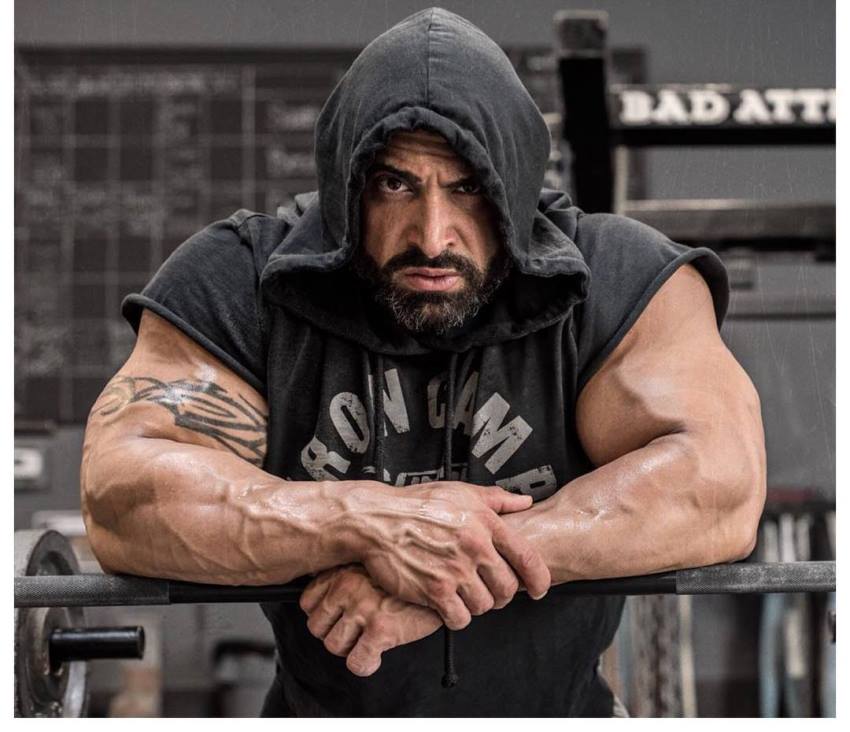 “Sometimes you just have to put your head down, headphones on, and block out all the negative bull shit in your life and focus on yourself and what’s important to you! Surround yourself with positive people who believe in you and want the best for you. Anyone else, block them out and cut them out of your life!”

What we can learn from Guy Cisternino

Cisternino has taught us the importance of having a vision and a set goal. As Guy says, “Without a goal, there is no possibility of achieving anything, because how can we know what we want?”

By having a goal, something you really want to achieve, and doing whatever it takes to reach that goal, is one of the ways you too could achieve your own greatness.

Guy I love your hard arse Italian work ethic. Keep it up brother.