Growing up, Gustavo was very active and played a number of contact sports. He loved boxing in particular, but was too skinny to make his mark. He began weightlifting to build his body mass and gained size and strength very quickly.

After a number of years of weightlifting and learning the ropes, Gustavo won his first competition. It was a junior show, but he won the 1st and overall which allowed him to join the adult category the following year.

In this 1997 adult show, he impressed all the judges and took a 1st – claiming his Pro Card in the process. Following this win, Gustavo built an extremely successful international career. He landed 2 3rd place trophies at the Mr Olympia and won the Ironman Pro Invitational in 2005. 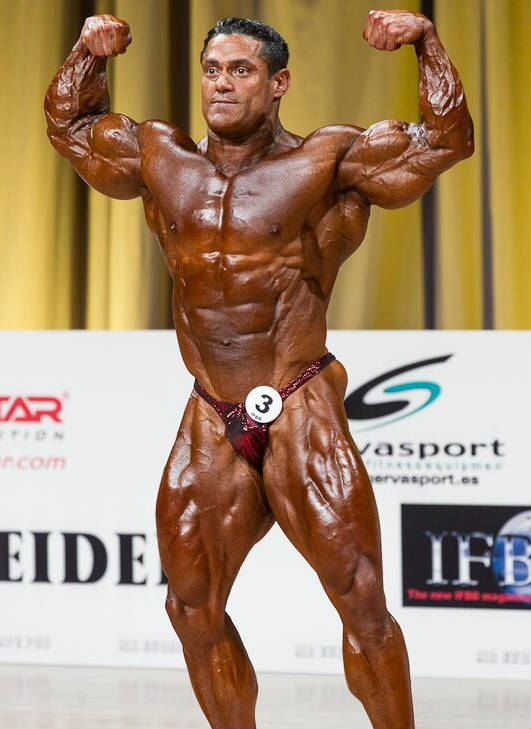 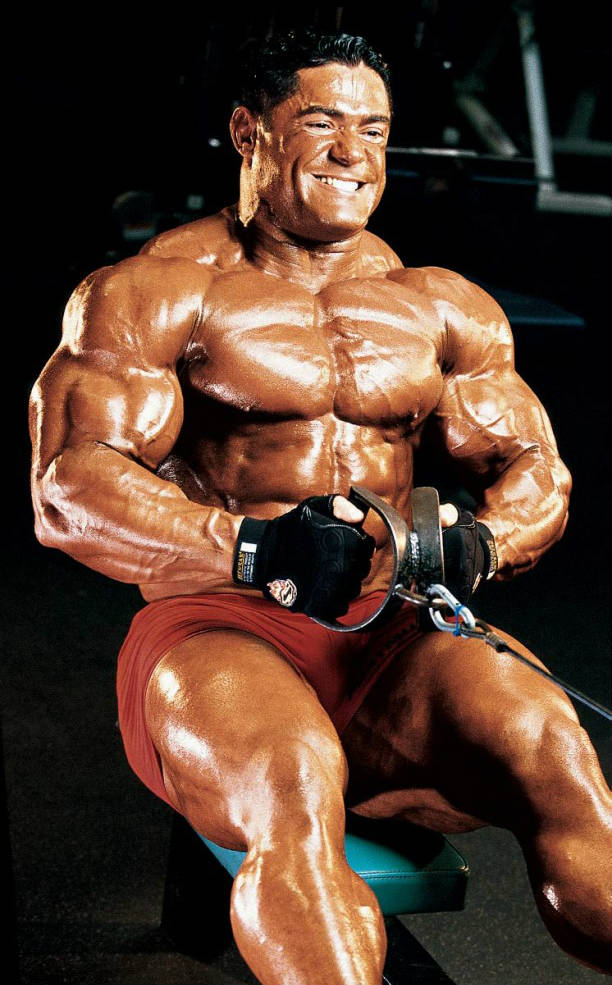 “Bodybuilding is harder than baseball. Baseball is about having a talent and playing a game. With bodybuilding, you have to train and diet and get enough sleep and take supplements and do cardio. Bodybuilding is not just a sport, it’s a lifestyle. You have to live it all the time.” 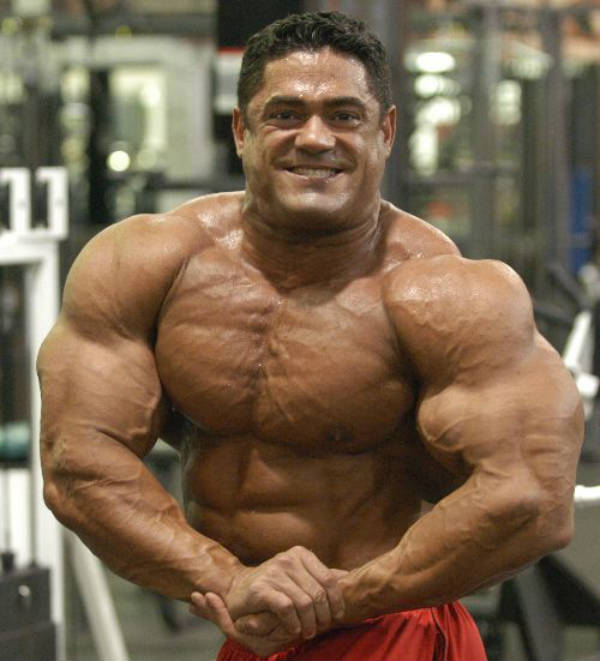 Gustavo was born in Venezuela, but his family moved to Puerto Rico when he was 5 years old. He was always passionate about contact sports growing up and trained in boxing and kickboxing to a high level.

While he was good at boxing, he and his coach knew he was too skinny. His coach introduced him to weightlifting and aimed to make Gustavo’s arms more muscular, because they get hit a lot in bouts.

At 15 years old, he began lifting weights with the assistance of his peers. To his surprise, he began putting on a lot of weight quickly, saying “as it turned out, I had great genetics for bodybuilding.”

As he saw the progress he was making and started to read books about weightlifting and nutrition, people around him thought he was a bodybuilder. He liked the attention and loved the process of building muscle, so decided to enter a junior competition.

Gustavo’s first bodybuilding competition was the 1991 Junior Caribbean Bodybuilding Championships. He prepared well for the show and managed to take the 1st and overall with ease – beating his young rivals.

This victory gave him a massive boost of confidence, so he decided to make bodybuilding a major part of his life. He would stop boxing and chase this new dream with all his effort.

For the next 6 years of his life, Gustavo would train hard, eat right and build the best physique of his life. At the 1997 senior Caribbean Championships, he stood on stage against the best in the region and tried to make his mark again.

To his delight, he managed to win this competition outright. He came in first place and received his winners trophy – but this wasn’t all. He also managed to take his Pro Card at this event, meaning that he now could compete with the best in the world at IFBB events.

Gustavo’s first IFBB appearance was in 1998. He competed at the IFBB Grand Prix of Germany and took a respectable 9th for his first show. Following this, he was invited to compete at the 1999 ‘Night Of Champions’ contest – the predecessor to today’s New York Pro.

At this show, he placed 14th, and his results were quite lacklustre until 2002. He took a number of ‘Did Not Place’ results and only managed a 24th at his first Mr Olympia. 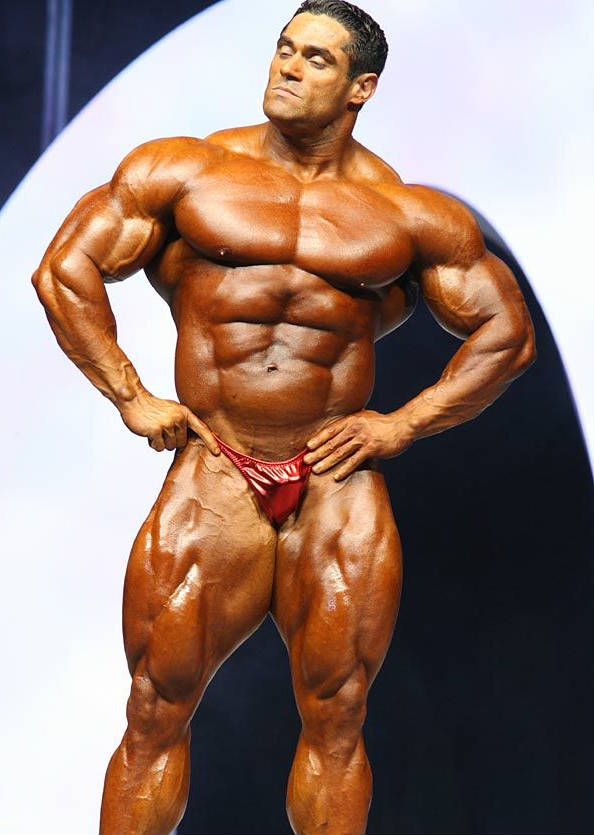 In 2002, Gustavo began to receive assistance from a pro bodybuilder friend named Milos Sarcev. They worked together on his training routine, nutrition and posing and he started to place much better. In the 2002 Southwest Pro Cup, he came 6th, which gave him a new self-confidence.

This was an incredible run for Gustavo. He had finished it with a top 3 at the most prestigious show on earth – taking a $50,000 prize and an Olympia medal to boot.

2005 was another extremely successful year for Gustavo. He came 3rd in his first show of the year – the Arnold classic. He then followed this successful performance with the best win of his career.

After a long and arduous competition cut, he came 1st at the 2005 Ironman Pro Invitational, which is an extremely prestigious show. He beat the likes of Lee Priest and made a name for himself as a professional champion and major Mr Olympia contender.

He proved himself at the 2005 Olympia too. He took another spectacular 3rd place; bagging the $55,000 check and coming a close third to Jay Cutler and Ronnie Coleman.

Around this time, Gustavo began to attract the media. He was dubbed as a future Olympia champion and one of the best bodybuilders of all time. While he didn’t win an Olympia, he has made a name for himself as an excellent IFBB champion.

Gustavo has been featured in many fitness and magazine articles. He appeared on the ever-popular magazine FLEX and has remained a go-to figure for supplement companies due to his powerful and masculine aesthetic. 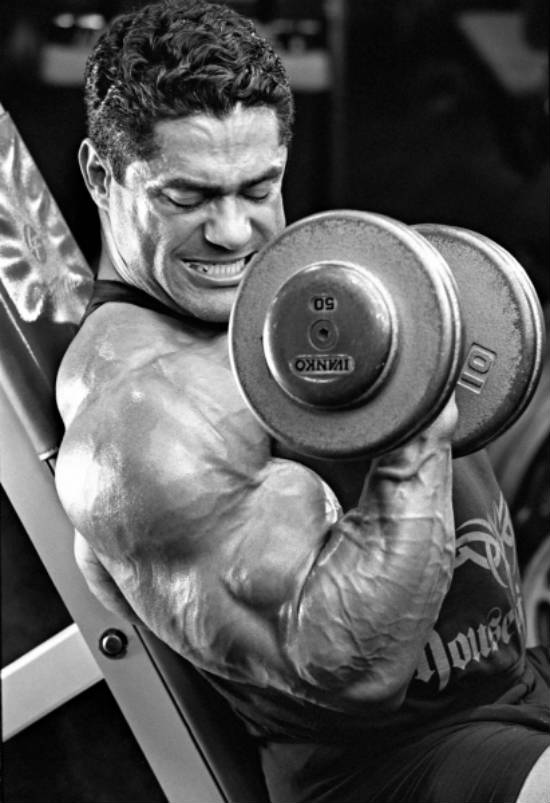 Gustavo likes to train each bodypart one time a week. He trains the same way all year round – seeing no need to switch it up. For most of his exercises, he completes 4 sets and he likes to keep the rep-range at around 12-15 reps per set with heavy weights.

Tuesday: Back, triceps and abs

Hits abs four times a week and supersets with these exercises: 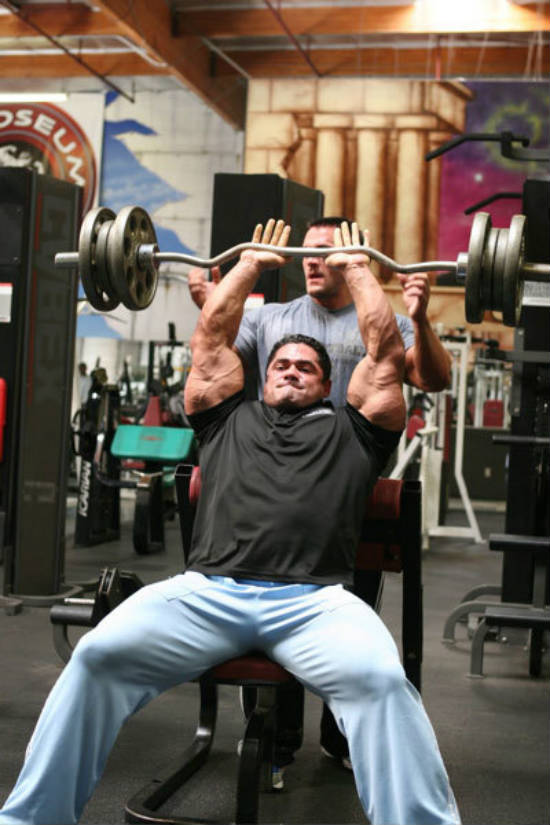 When he was younger, Gustavo didn’t really know anything about proper bodybuilding nutrition. He would eat the wrong foods and have too many carbs before competing. Because of this, he could never get the perfect cut which he was known for as his career progressed.

Luckily, he had great people around him. He gradually read a lot of bodybuilding literature and created a diet which would allow him to build the body of his dreams.

“I’ve always been very disciplined with my diet because I want to do well. I’m very motivated’very motivated! I never complain about my diet.”

In the off-season, Gustavo eats more complex carbohydrates like potatoes, rice and oatmeal. He also includes a lot more red meat alongside the staple lean options of chicken, turkey and fish.

Before a contest I restrict carbohydrates and eat more chicken and fish. It’s all part of the plan to improve every time I compete. 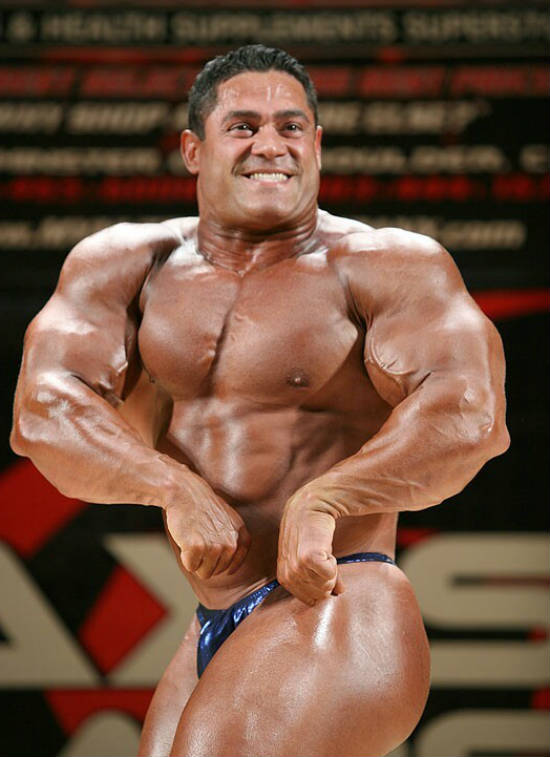 What we can learn from Gustavo Badell

Gustavo never gave up. He didn’t place well in a professional show until the early 2000’s. This didn’t faze him though, and through his own sheer determination to succeed, he ended up placing 3rd at the Mr Olympia.

All this success came from a simple dream he had as a teenager. He read the books, learned the techniques and tried his hardest. His story illustrates how important dreaming big and working hard is in bodybuilding.

He was born in Venezuela, and so was I. I wanna be like him someday. I do not have the genetics but I´m not giving up. I´ve got a lot of time. I´m gonna hit abs four times a week too.