Gabe Moen is a veteran bodybuilder and gym owner from the USA. He’s been training in the gym since the age of 15. His initial reason for lifting weights was “pure boredom,” according to Gabe.

However, as the progress on his physique showed, Gabe’s motivation to train became much stronger. This led him to build a long-lasting career as a competitor and personal trainer.

Despite weighing an intimidating 330lbs of muscle, Gabe’s known as a friendly and outgoing guy who helps others take their physique to the next level. 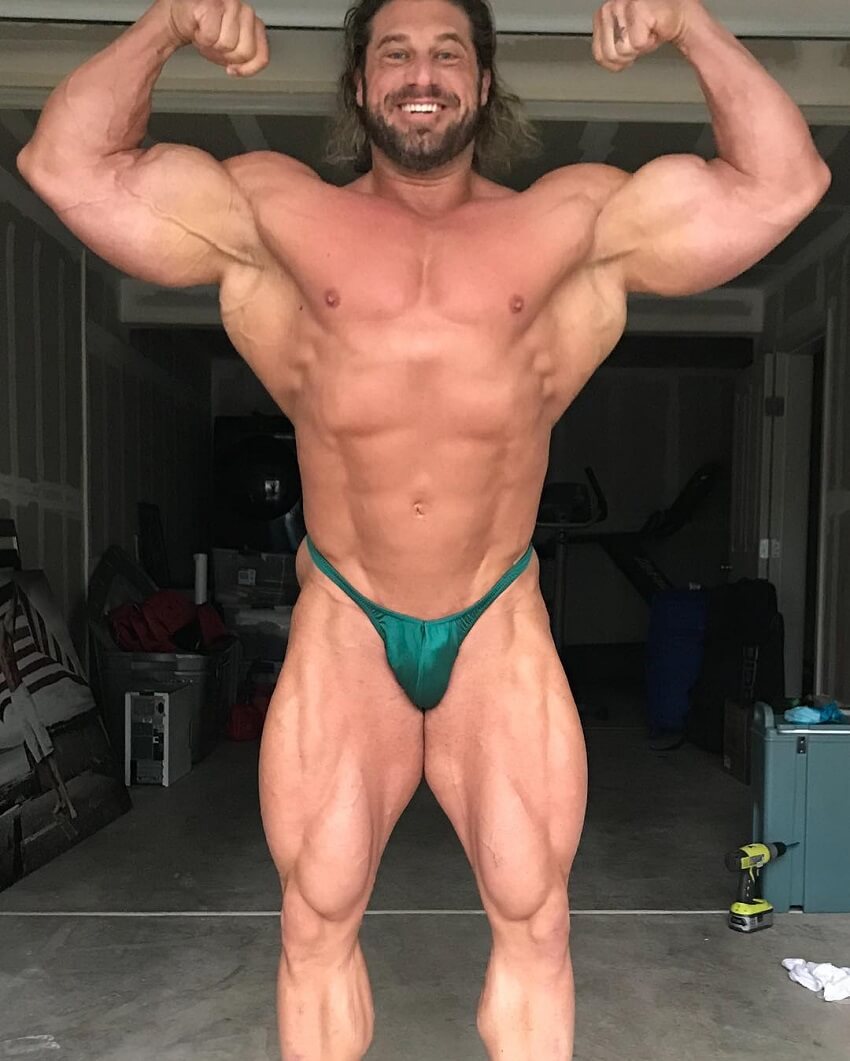 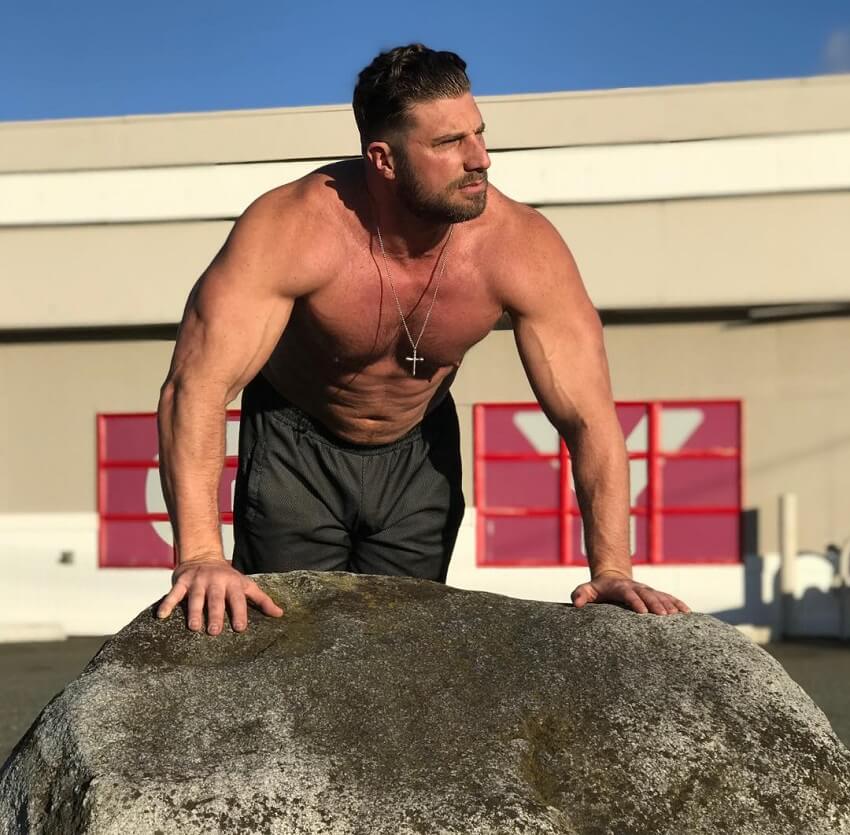 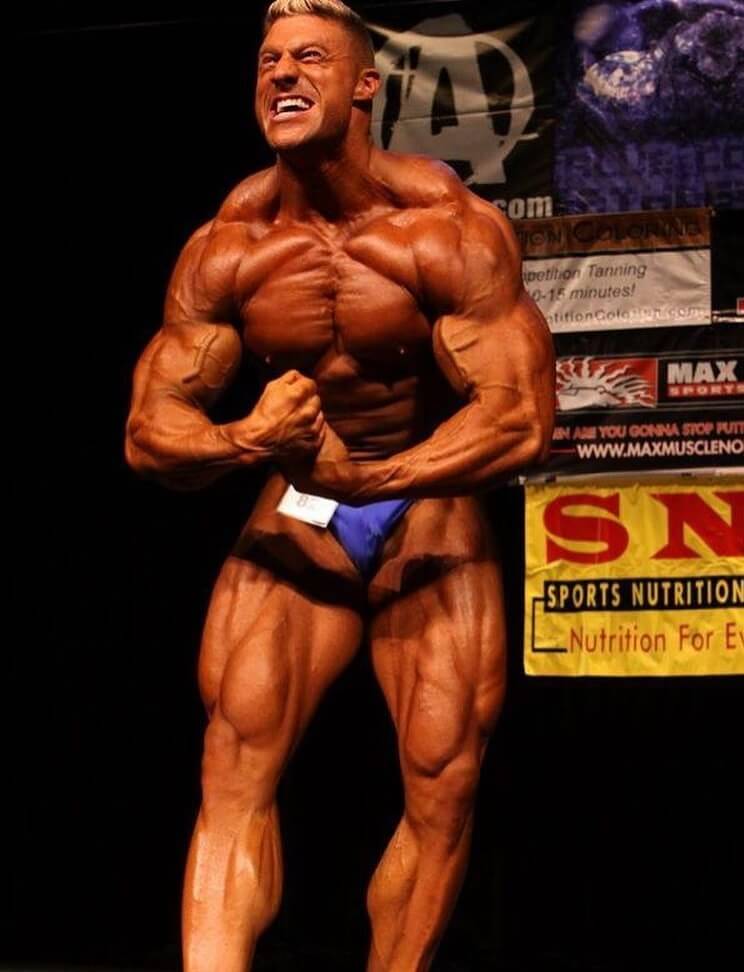 “For some reason, if I don’t puke I sneeze after a crazy leg session.”

Training Out of Boredom

Gabriel “Gabe Moen” got into weight training at the age of 15. His initial reason for picking up the dumbbells was, as he says, boredom.

After his classes were over, Gabe would head straight into his high school gym to train. However, he didn’t know anything about lifting weights, so he learned from more experienced football players he saw in the gym.

As he said; “Highschool gym, 9th grade, no idea what to do, so I copied the football players and became addicted immediately to training with weights.” 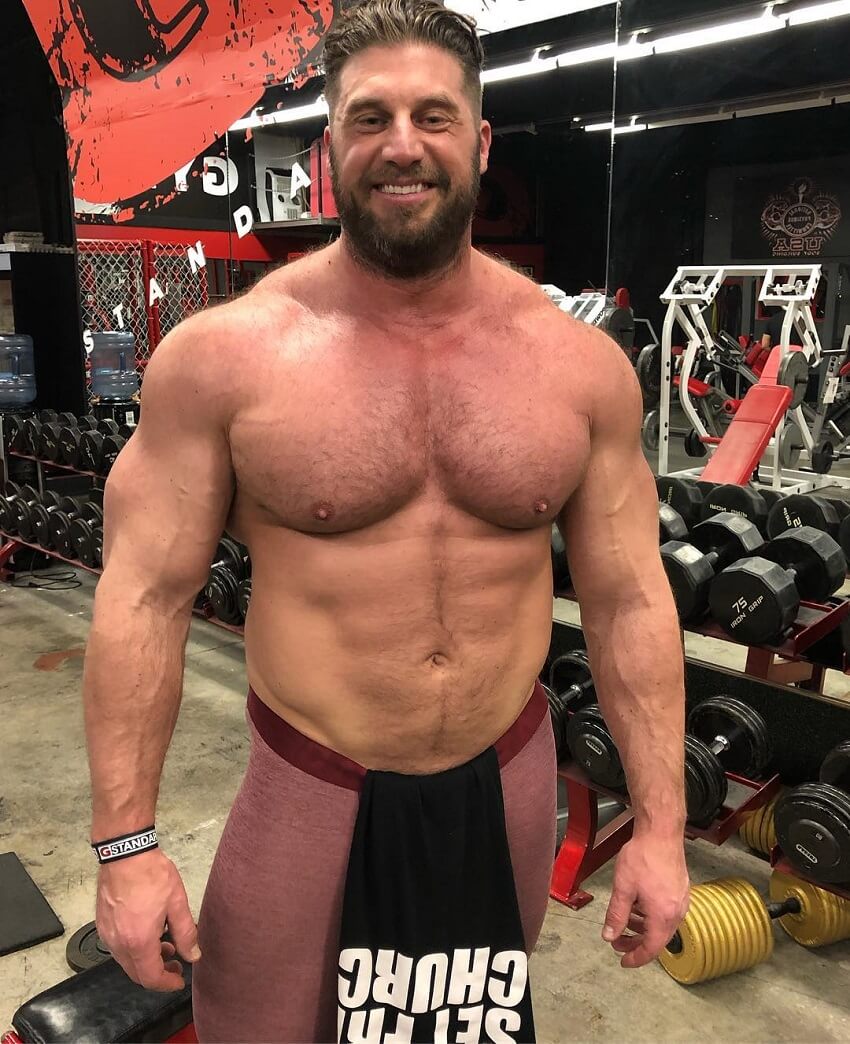 As Gabe fell in love with lifting weights, he began entertaining the idea of becoming a powerlifter. And, it wasn’t long before he acted on this thought.

He went on to join the local powerlifting team in Nebraska where he enjoyed the camaraderie and hard work that his friends showed.

After two years of training, Gabe made his way through the ranks to become a top powerlifter in his team. 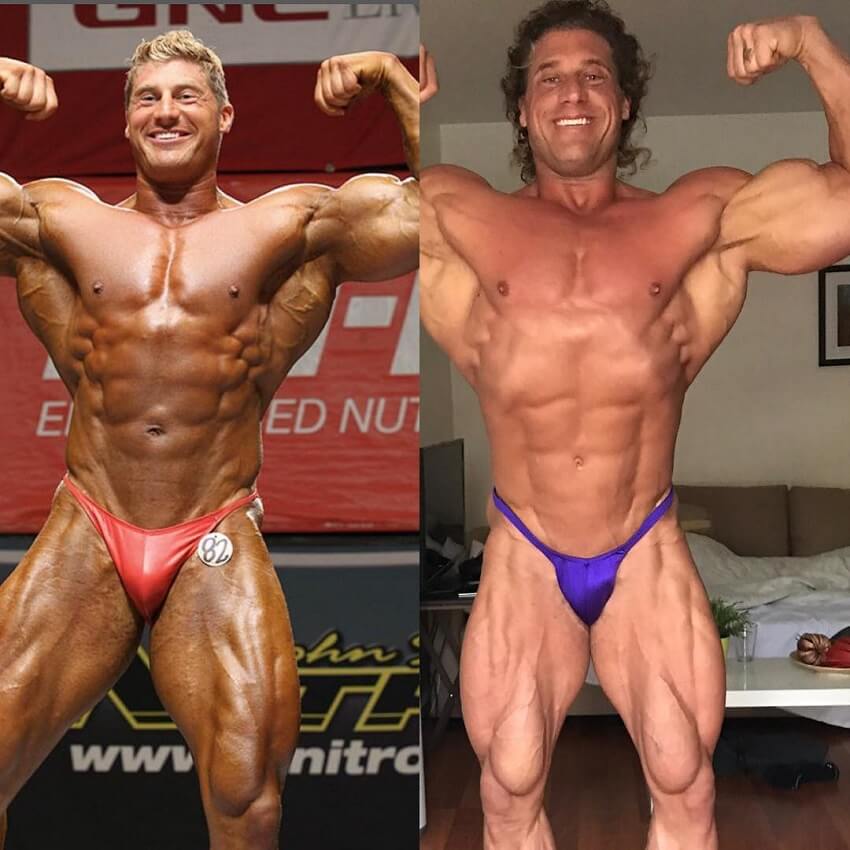 A Transition to Bodybuilding

Gabe continued to powerlift for another two years after high school. After this, he decided to try something new. It was at this point he dove head first into bodybuilding.

It didn’t take long for Gabe to become obsessed with his new lifestyle. In fact, he went on to become a bodybuilding competitor, winning his first two competitions.

Gabe says, “I was hooked from there and decided to make bodybuilding my career.”

Ever since the early stages of his bodybuilding journey, Gabe has grown in both his physique and experience as an athlete.

With around 2 decades of experience under his belt, he now instills his knowledge onto other aspiring athletes and bodybuilders alike.

He still trains hard and competes occasionally. But, nowadays, Gabe’s top priority lies in helping others and running his gym in Nebraska.

“I have used my years of nutrition and weight training knowledge to build a fantastic clientele whom I enjoy training every day at my gym. To any of you out there who are doubting your abilities, I encourage you to give fitness competition a try.” 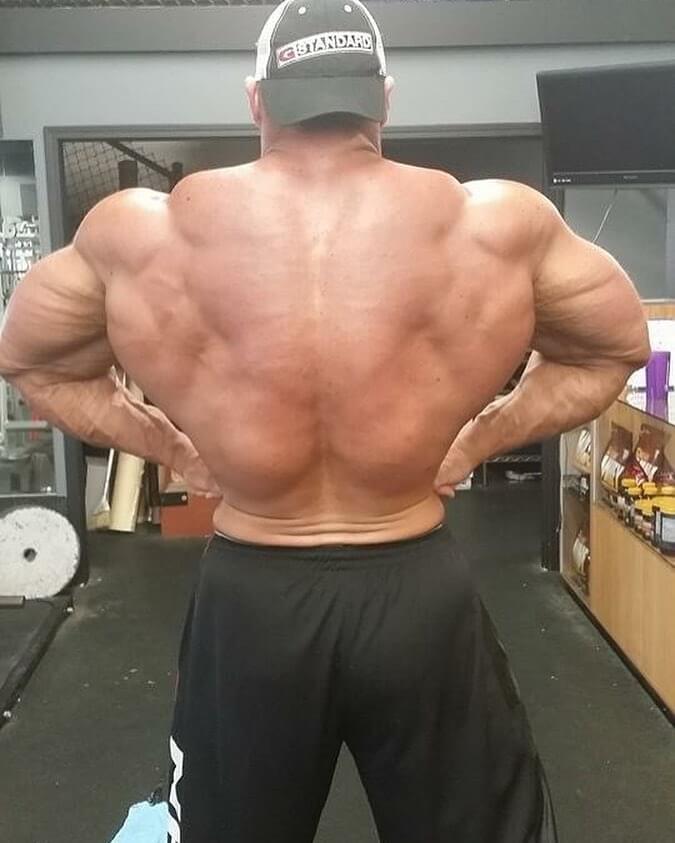 Gabe Moen didn’t reveal much about details of his training, he only says it’s “instinctive and unpredictable but most of the time I never train more than 3 days in a row“.

Looking at his online videos, it’s clear Gabe’s still a powerlifter in his heart. He loves to go hard and lift heavy, making the most out of every gym session. But, as he says, he’ll change this from time to time, lifting lighter weights at higher reps to ‘shock’ his body and induce further progress in the muscles. 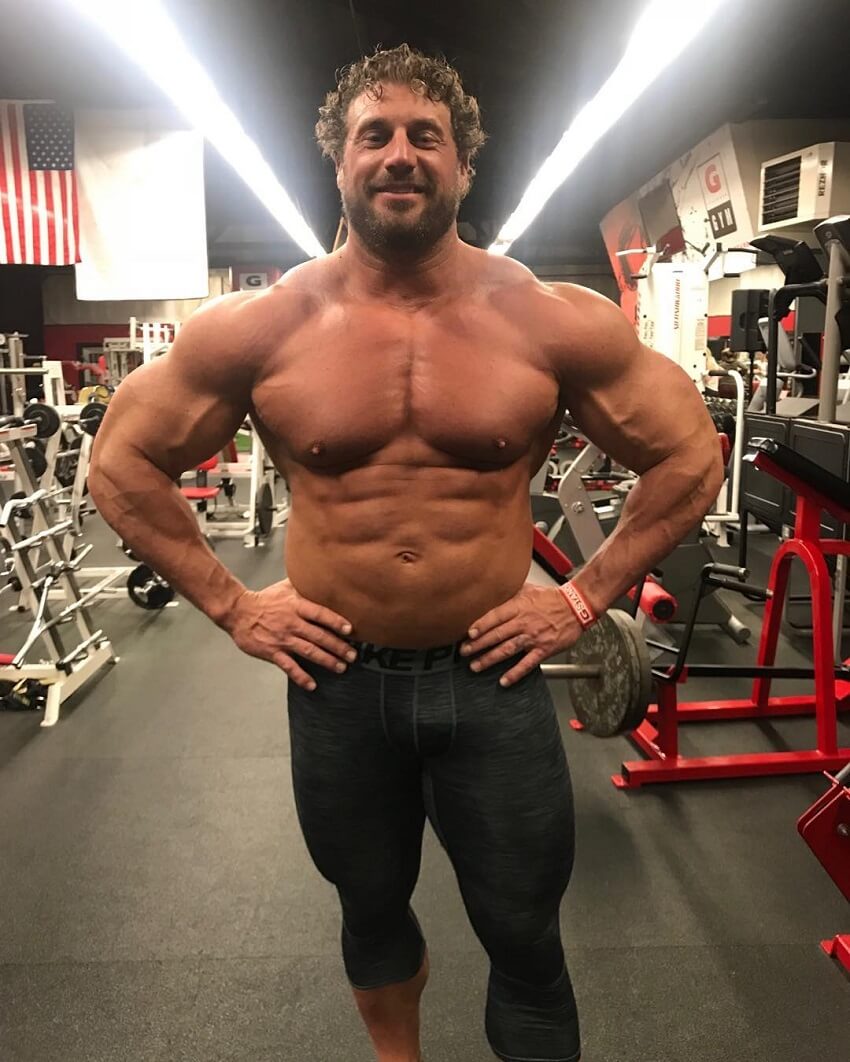 As for Gabe’s nutrition, it’s similar to what any competitive bodybuilder would eat. Consisting of chicken, rice, broccoli, and other essential foods for a competitive athlete like Gabe Moen.

If there’s one thing that’s different in Gabe’s diet, it’s his supplementation regimen. Gabe likes to use many supplements to stay in perfect condition. These include whey protein, casein protein, BCAAs, pre-workouts, and sometimes a fat burner.

However, much like with his training, Gabe will not stick to the same routine every day. He’ll sometimes cut back on supplements and instead introduce new foods into his meal plan. By experimenting like this, Gabe always finds something new that his body responds well to. 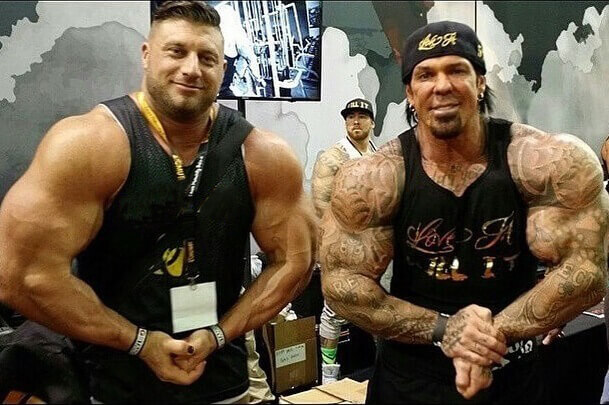 Gabe Moen flexing with his friend, the late Rich Piana.

Gabe Moen says he didn’t have a specific person or role model whom he looked up to growing up. That’s because he was his own biggest motivator. As Gabe says; “I pretty much raised myself. So, to say I had a role model growing up would be a lie.”

However, he credits “Stan Efferding for his business genius and generosity, and Tony Robbins for flipping the light switch.” 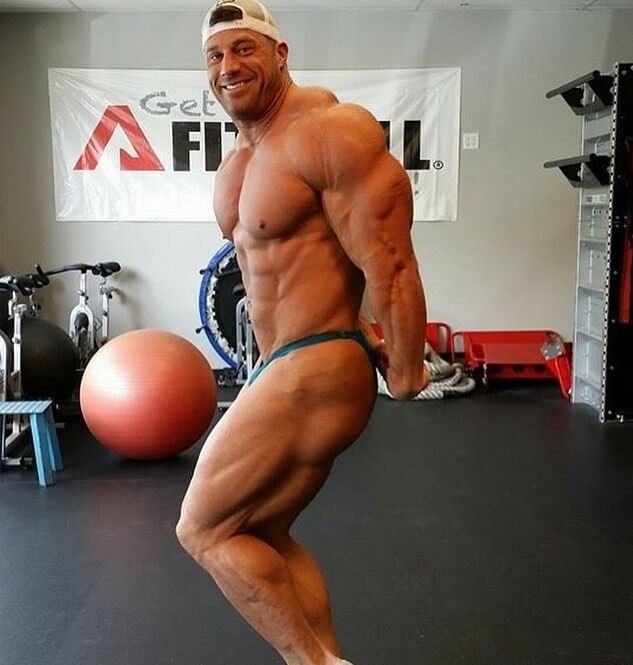 What we can learn from Gabe Moen

As we can see from Gabe’s story, he’s shown a great commitment to bodybuilding. Through decades of hard work in the gym, he sculpted not only a remarkable physique but also a true champion’s mindset.

While you might not have the same goals as Gabe, reading his story can inspire you to take action on your own goals, whatever those might be.