Pete Czerwinski (AKA Furious Pete) is a competitive eater and bodybuilder from Mississauga, Canada. He’s made a name for himself on YouTube through his regular eating posts, which have entertained millions of people.

Growing up, Pete was never into competitive eating and, in fact, suffered from anorexia after recovering from cancer. Pete addressed this awful start in life, by beginning a competitive eating YouTube channel to fight back against his condition.

A few years after starting this page, Pete managed to develop a serious following. He competed in eating tournaments and broke records in restaurants. Which made him the go-to man for YouTube professional eating.

By 2017, Pete had managed to gather over 4 million subscribers. He eats 9 meals a day, and lifts heavy weights to sculpt his physique. His motto is “eat big or go home,” and his fan base increases by the day. This is Furious Pete’s story: 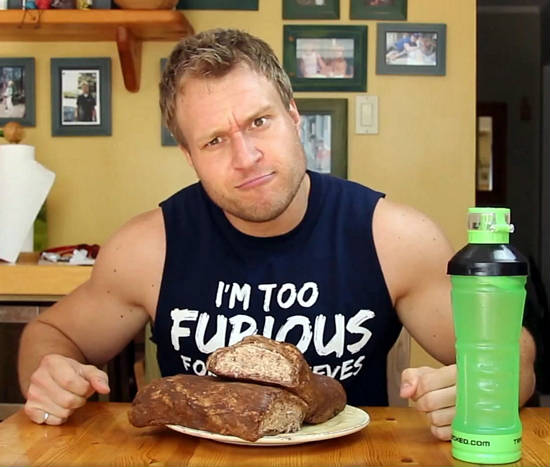 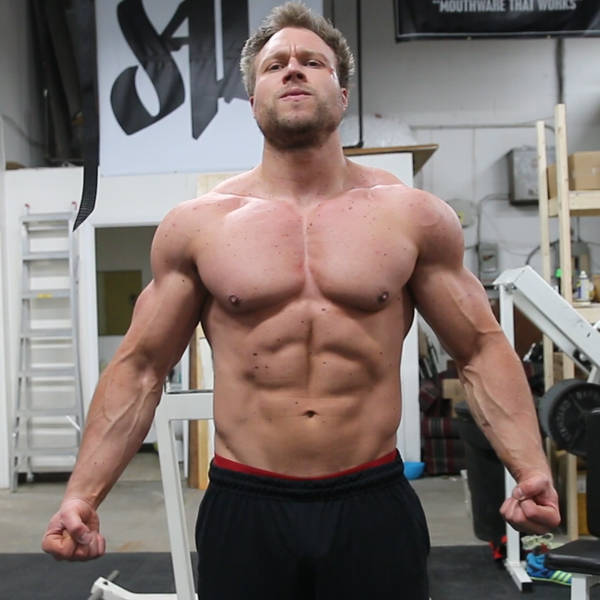 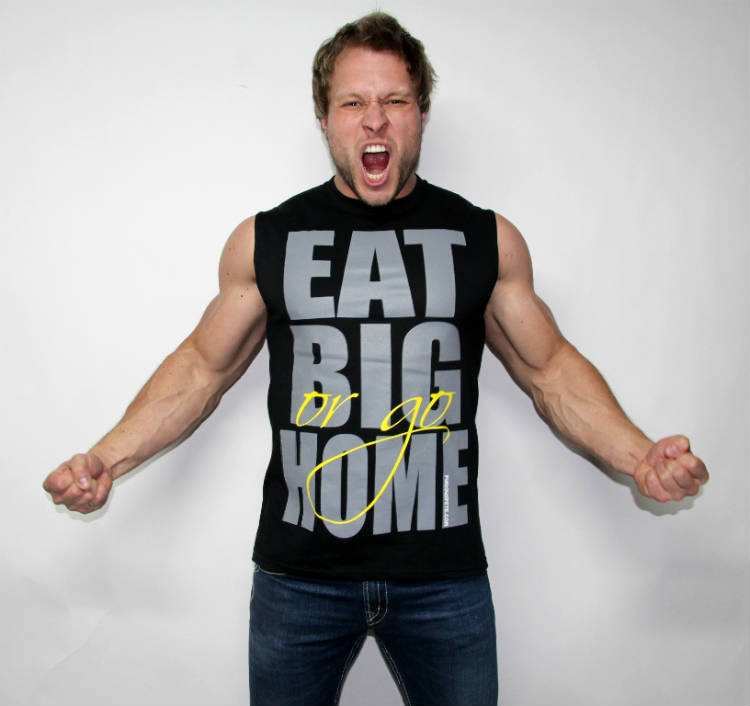 Pete grew up in Mississauga in Canada, and was never into competitive eating or bodybuilding growing up. In fact, after suffering from testicular cancer, he developed anorexia and dropped to 120 pounds – ending up in hospital.

As he gradually recovered from the disease and learned to love food again, he noticed that he had a talent of eating a lot of food easily, without feeling full. He says that after a night out in the UK, his friends pushed him to complete an eating challenge -he managed to double the restaurants record.

After receiving positive attention online through his eating videos, Pete set up a YouTube channel called Furious Pete. He then began to post videos of his competitive eating challenges, as well as fan requests.

As he began to travel to more and more eating tournaments, he says he “broke some big record.” He managed to eat a full 72-ounce steak in less than seven minutes, and immediately began to gather attention on YouTube after he posted the video.

In fact, the video of him devouring the steak attracted him high-profile attention. He was contacted by a team in the Collegiate Nationals (a college competitive eating tournament,) and asked if he wanted to compete. He said yes, and in 2008 he went on to win the show. 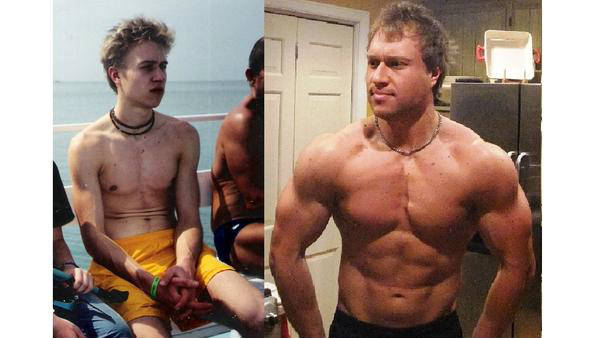 As Pete began to win more shows, his YouTube career began to take off. He gathered thousands of fans in a very short period, and began to post content based on requests, as well as his own ideas.

He was also invited to compete at more competitions, and gradually allowed these competitions to take over his life. He competed for charitable causes, and made sure to update new videos regularly. As a consequence, his YouTube fan base increased dramatically.

As new fans came on board, he was shocked by how many people subscribed. By 2017, he had gathered over 4 million subscribers – he loved the opportunity to reach so many people.

The support he was receiving online, spurred Pete on to travel internationally to see what competitions were achievable. This international competing also allowed Pete to find television work.

He was scouted by a German television network who had seen his YouTube channel. They asked him to present their extreme eating program – he accepted. He says that he loved every minute of filming and eating for the show. 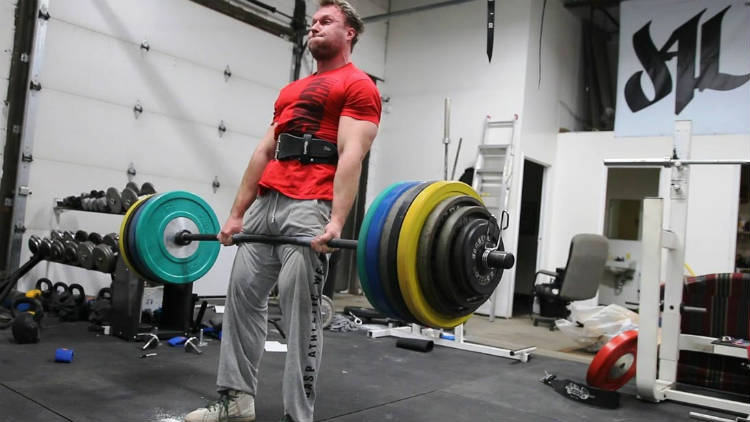 Pete eats a lot and lifts heavy. He aims to bulk for large parts of the year, using the massive quantities of food he eats as fuel to build a large and impressive physique.

Pete says that after completing this workout, you will definitely need a day off in order for your Central Nervous System to recover.

Pete’s arm workouts are just as intense as his chest sessions. He loves to use the barbell, as well as a number of machines to push himself as far as possible. He enjoys barbell curls along with cable pull downs for his triceps.

His workouts are particularly intense, he keeps doing reps until he reaches failure and lifts as heavy as possible. 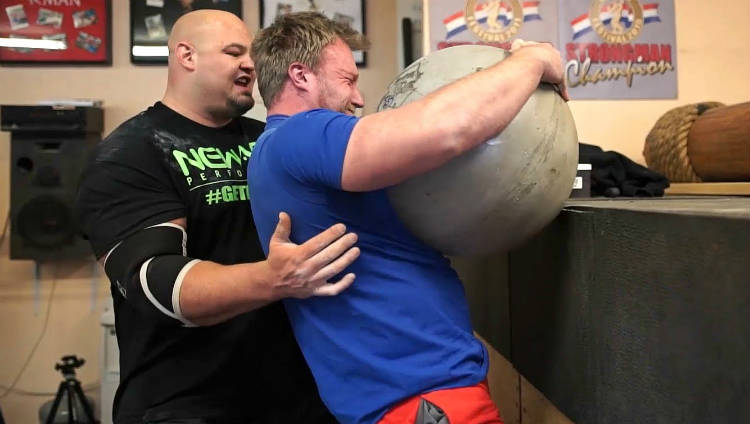 Pete’s nutritional philosophy, predictably, is that every bodybuilder should “eat big or go home.” He loves to combine his professional eating career with bodybuilding, and eats large amounts of protein following workouts.

On one particular occasion, he ate two full roasted chickens following a workout and filmed it for his fans. This kind of meal isn’t the most common choice, but he does love to eat huge meals, and easily manages to eat 9 meals a day.

After doing this, the burger was named after him, and the restaurant had to throw out their old menu to add in Pete’s name. 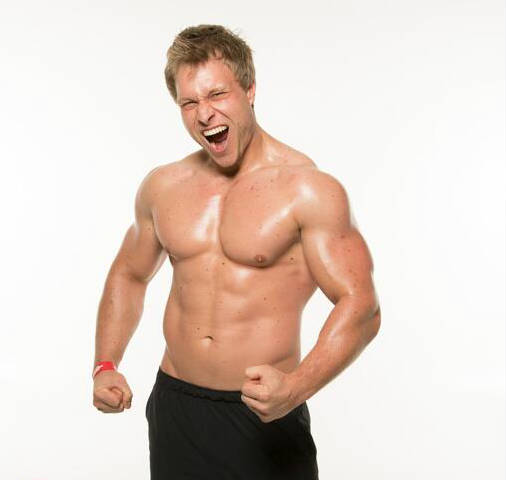 What we can learn from Furious Pete

Furious Pete managed to beat anorexia in the most positive way. He found a new love for eating as much food as possible, and used it to create a career for himself, while staying healthy and lean.

His mission was to use his fitness and bodybuilding lifestyle, as a way to fight back against anorexia. It may be very useful for your own fitness journey, to find a way to fight through setbacks – just like Furious Pete.