Freddy Ortiz is a bodybuilding legend and fitness model who appeared in numerous muscle magazines during the 1960’s. Originally from Puerto Rico, he moved to the USA at the age of 18 and became inspired by Reg Park.

Only a year later, Freddy appeared in his first competition and placed 2nd. By the time he was 28, Freddy had entered a total of 8 contests – boasting 4 first place trophies and cementing his place among bodybuilding icons. 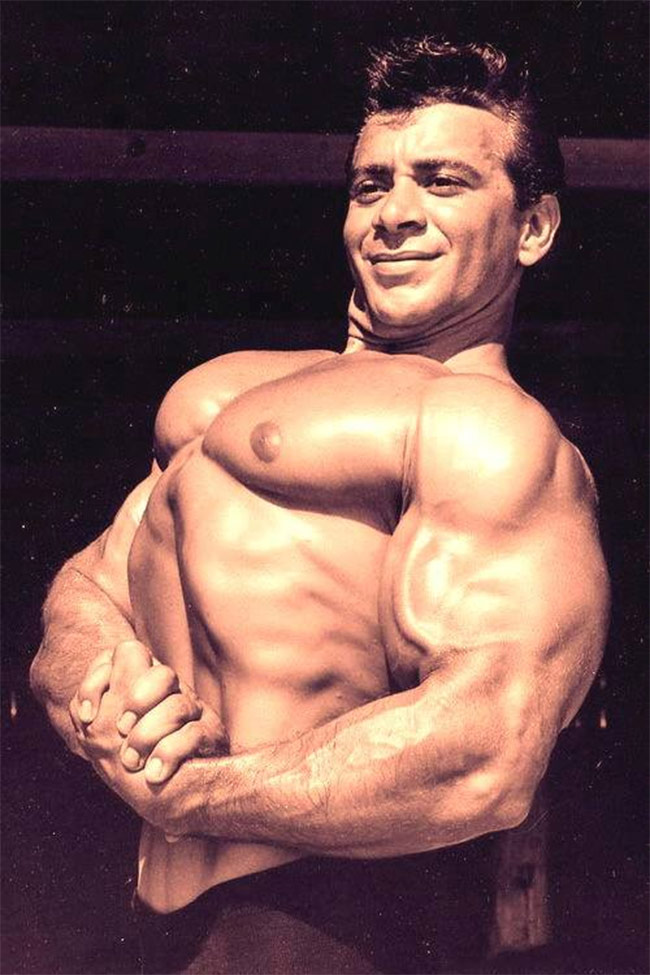 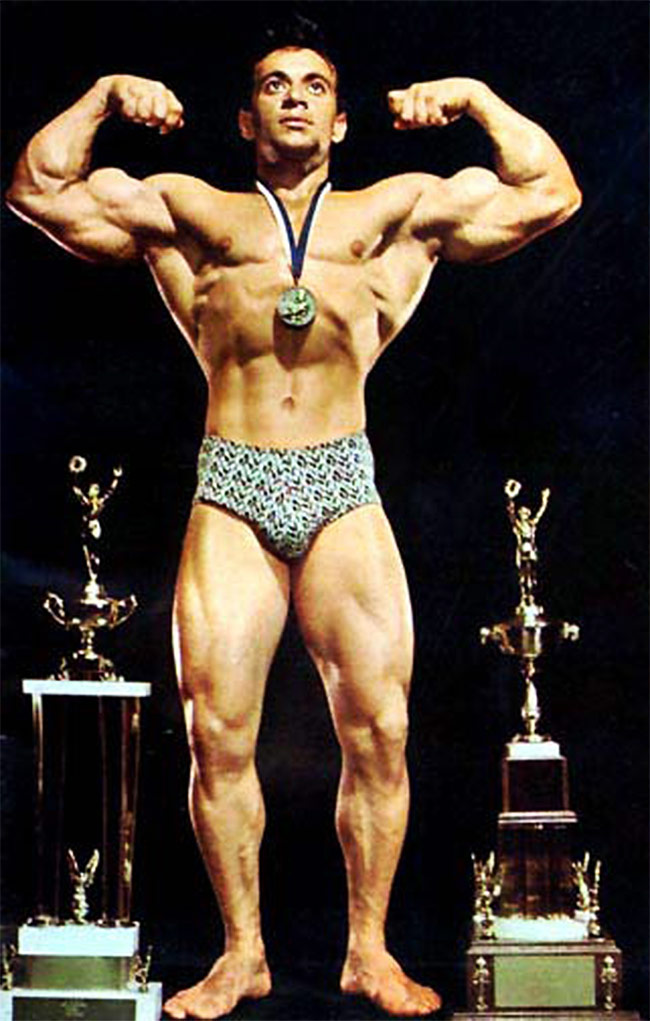 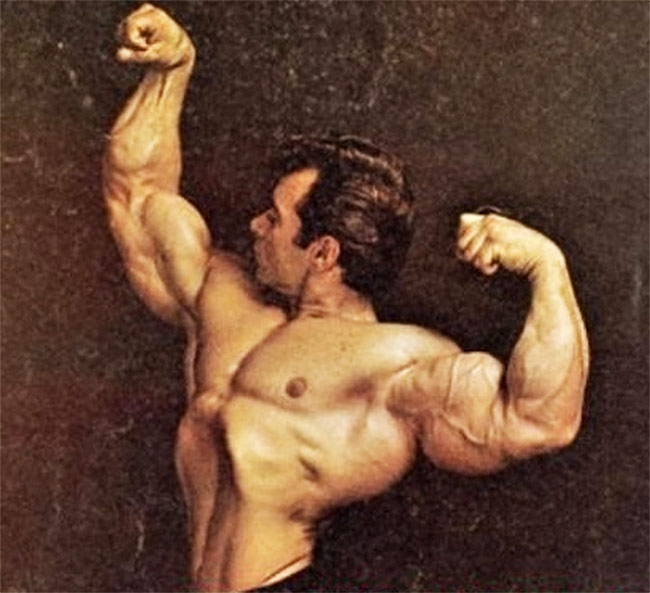 Born in Puerto Rico in 1941, Freddy Ortiz hadn’t been born with an athletic physique. During most of his teenage years, the youngster didn’t stand out as an sportsman and possessed very ordinary measurements.

However, he moved to the big apple, New York (USA) at the age of 18 in 1959 with his family – a country where bodybuilding was beginning to hit the spotlight. It was at this point when Freddy saw a muscle magazine with Reg Park posing on the cover; the Puerto Rican became inspired by the legend, and set his sights on achieving a muscular physique.

That same year, Freddy signed a membership at his local gym – embarking on his fitness journey.

For the next year, Freddy trained rigorously in the gym, almost everyday of the week – determined to achieve his dream figure. By 1960, he’d attained a shredded physique, and began receiving encouragements from his friends and family.

As a result, Freddy made the decision to enter his first fitness show – the 1960 Mr. New York City (in the short division). Although he didn’t secure his dream start to his career as a competitive bodybuilder, Freddy placed a very respectable 2nd against more experienced athletes.

This gave the youngster the motivation he needed to pursue his first trophy. 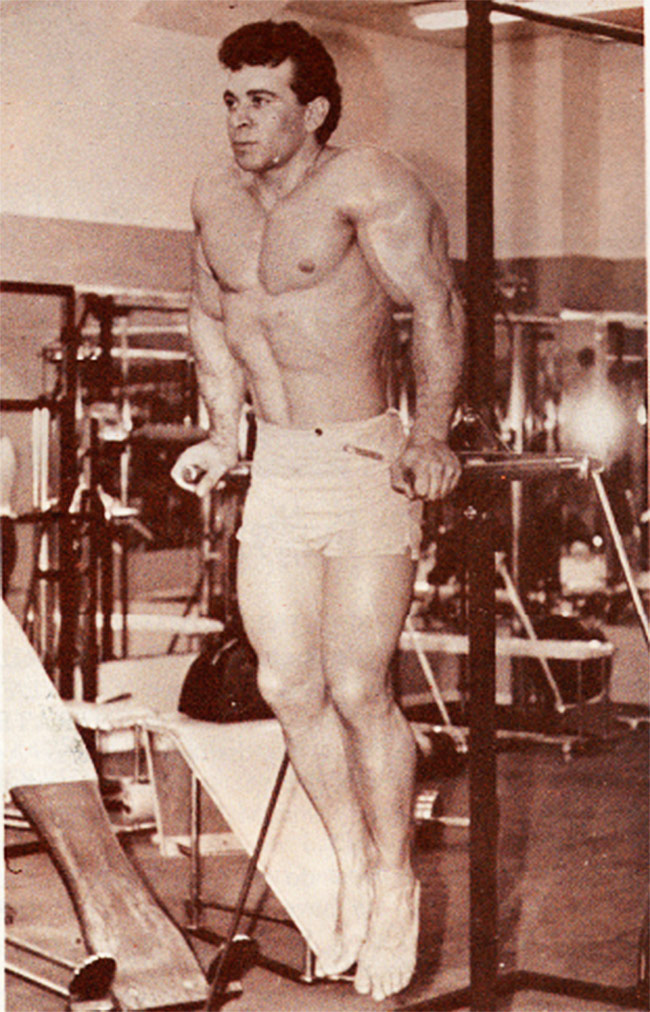 The Puerto Rican didn’t enter any competitions over the next 2 years; instead, he set his sights on developing his physique further. At this point, Freddy didn’t have much knowledge of weight-lifting, but he copied the movements he saw in magazines by his favorite bodybuilders.

He trusted his magazines, and initially refused to accept the help of personal trainers – becoming known as a ‘loner’ in the gym, as he preferred to workout by himself.

However, Freddy’s own technique paid off. By 1962, the youngster had made incredible progress on his physique – after being complimented by the staff at his gym, the future legend knew it was time to enter his second competition. 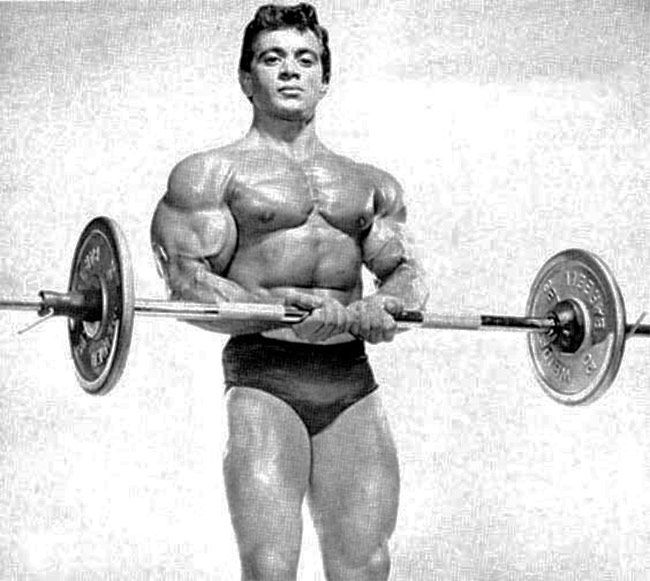 In 1962, Freddy appeared on-stage at the IFBB Mr. Universe show, determined to earn his first trophy – and that’s exactly what he achieved.

The Puerto Rican impressed the judges with his shredded physique, placing 1st in his second contest. As a result, he quickly gained recognition as a rising star in the industry.

This early success inspired him to step up his game in the gym and make a name for himself as a bodybuilder.

Over the next 7 years, Freddy entered a further 6 competitions; rubbing shoulders with icons such as Larry Scott, Franco Columbu, and Danny Padilla managing to earn three more 1st place trophies

These impressive victories led to the Puerto Rican cementing his place among the legends of the sport – being considered alongside the likes of Larry Scott, John Grimek and Steve Reeves.

Freddy decided to retire after placing 3rd at the WBBG Pro Mr. America contest. Through his career spanning almost 10 years, the athlete left the sport as a legend, remembered for his strong work ethic in the gym and a pioneer of bodybuilding. 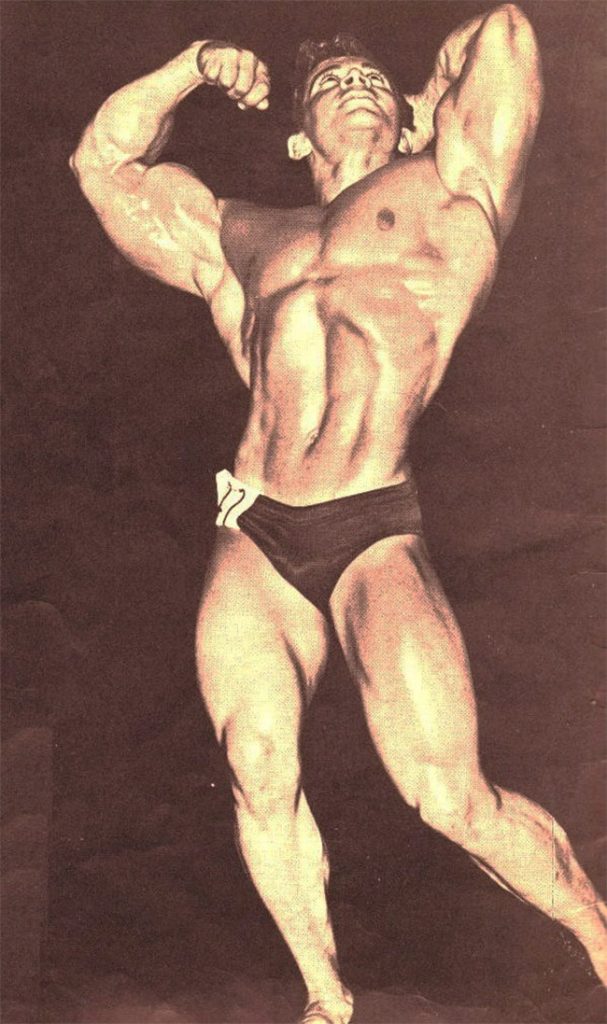 Freddy is remembered for his intense workouts in the gym; as he wasn’t born with the best genetics, he relied on hard work to get results.

The Puerto Rican was particularily known for his muscular arms – which were a ground breaking 19.5-20″ at the time. As a result, he enjoyed training his biceps and triceps multiple times per week.

Freddy always placed an emphasis on the mind-muscle-connection; he made sure to concentrate on his lifts and perform exercises slower, in order to achieve full activation of his muscles. This also meant that he performed more reps and lifted less weights than other bodybuilders in his era. 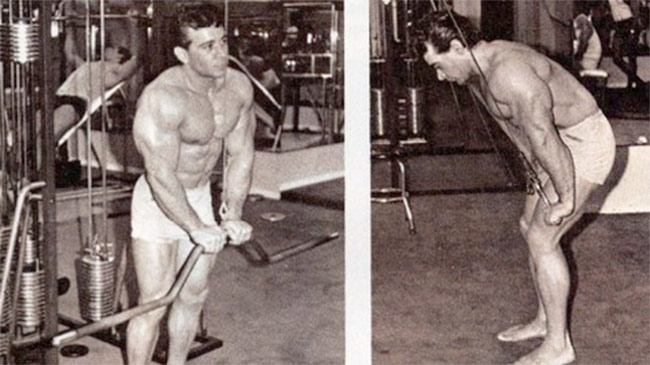 Although Freddy knew the importance of nutrition, he didn’t follow any unique eating plans. He would constantly eat the same meals, sticking to what worked for his body – enjoying rice, beans, meat and salads frequently.

Freddy believes it’s important that athletes know food is fuel, and that what you eat must be used for energy to sculpt your physique – unlike bodybuilders in the modern era, the Puerto Rican didn’t indulge in any junk food or cheat meals.

Here’s a typical day of eating for Freddy: 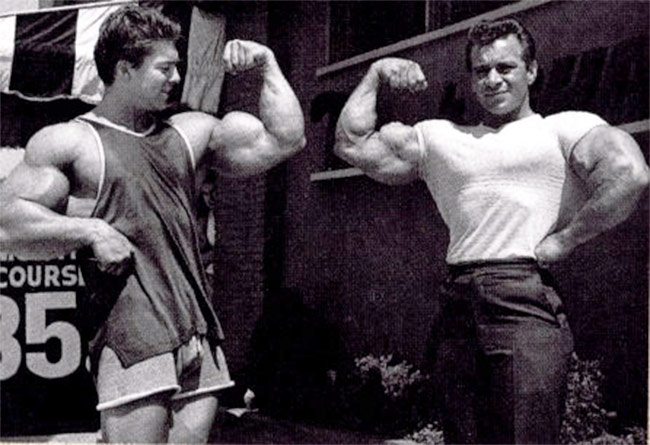 Freddy was first inspired by Reg Park. who he saw on the cover of a muscle magazine; it was Reg’s incredible physique that motivated him to sculpt his own muscular figure and eventually become a competitive bodybuilder.

However, the Puerto Rican also names Harold Poole, Chuck Snipes, and Larry Scott as other big influences in his career. 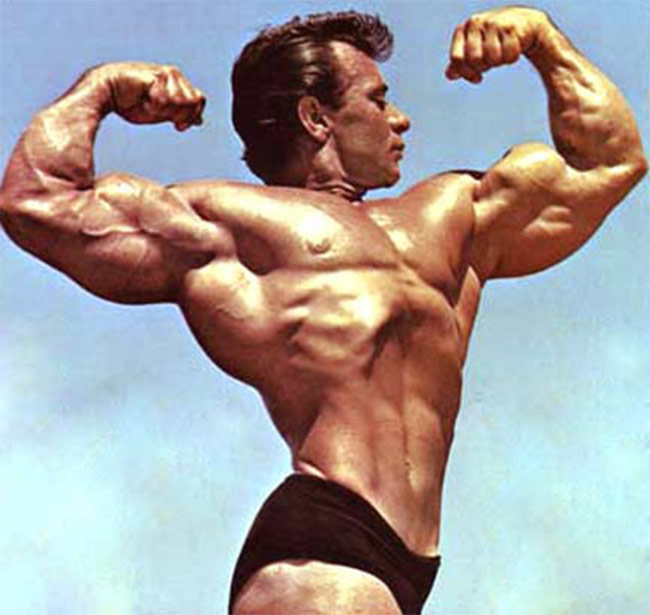 What We Can Learn From Freddy Ortiz

One thing we can take away from Freddy’s story, is to always chase your dreams – the youngster didn’t waste time in pursuing his ambition of sculpting a muscular physique after being inspired by Reg Park. A year later, he placed 2nd in his debut show, and earned a trophy 2 years afterwards.

Freddy has taught us that there is no substitution for hard work; the Puerto Rican wasn’t born with great genetics – but through intense training and following a disciplined diet, he managed to cement his legacy in the sport.

Thanks for all the info on Freddy and for the great photos. I didn’t know there were so many photos of his astoundingly developed and impressive physique!

I once trained with Freddy at the mid city gym we shared a bench ah ha , we later actually met and attended community college together. He was always down to earth . even after his competitive days his physique impressed everyone. and yes he did eat rice and beans and salad all of the time. he would cut down on the rice before a competition ( so much for dieting he had a perfect diet for his metabolism and knew it. ) would be nice to contact him after all of these years.. anyone know an e mail? I have also recently met Anibal Lopez after all of these years and he sends his best to Freddy also..

This is a great story John and thanks for sharing it with us. We don’t have an email, but we are sure you’ll be able to find one online!

One of my favourite bodybuilders. Breath-taking arms, chest lats.

Standing at less than five and one-half feet myself, I drew huge inspiration from Freddy Ortiz. He is truly one of the greats.

Why was 1963 IFBB Mr New York left out. I know it happened because I finished second to Freddie.

Hello! I’m sitting here with his son Freddy Ortiz Jr and are admiring are the great photos!! Most of the information is accurate 🙂 his date of birth 12/16/1941 not January 1st though. This is great!

In 1968/69, Freddy arrived at my mom’s apartment in the Bronx from Mayaguez, Puerto Rico and he dropped off all of his trophies for us to hold until he found his own place. Freddy was touring and competing in various competitions. I believe Freddy was the son of Domingo Echevarria my mom’s cousin from Mayaguez. I remembered helping him unload those trophies and all of my friends were in awe of his physique. Freddy always was a hard worker and he took his bodybuilding skills very seriously. Freddy had a short stint as a professional wrestler. As for his nutrition, he always loved his Puerto Rican rice and beans.