Elton Pinto Mota is a professional bodybuilder and fitness model from London, England. Elton started his fitness journey playing sports in his youth such as soccer, but, Elton longed for a bigger challenge. That’s when he discovered bodybuilding.

Through many years of dedication and hard work in the gym, he managed to sculpt an impressive and chiseled physique. However, Elton is the first to admit that his road to success wasn’t a smooth one.

His early years of weight training and exercise were a tough learning experience, where he made numerous mistakes. As Elton’s career progressed, he learned from these mistakes and dedicated himself becoming the best.

As a result of his hard work, and willingness to learn, he won the UKBFF Top Fitness Model competition in 2016. This is his story: 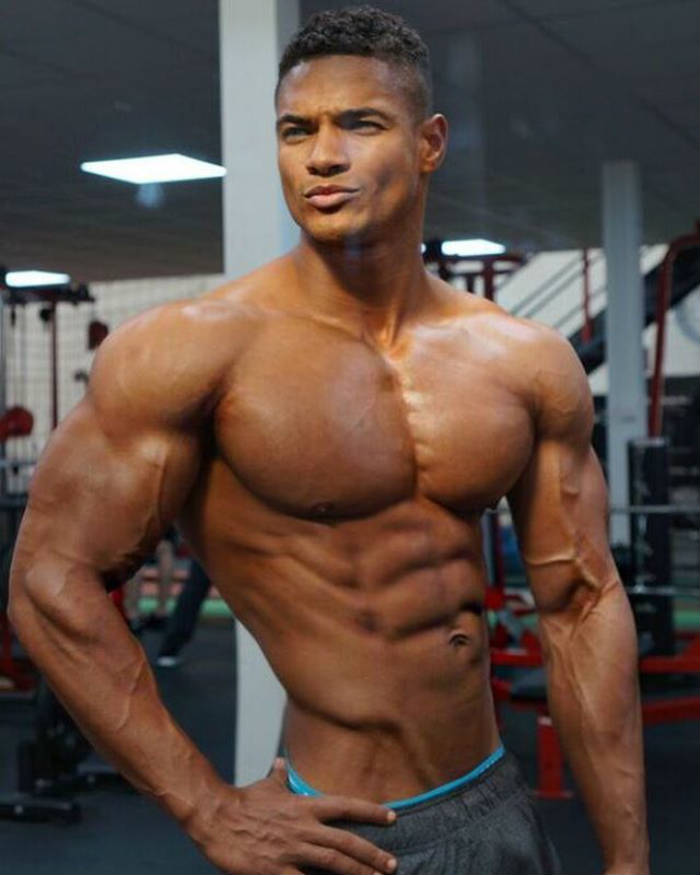 “Be unstoppable when it comes to chasing your goals.” 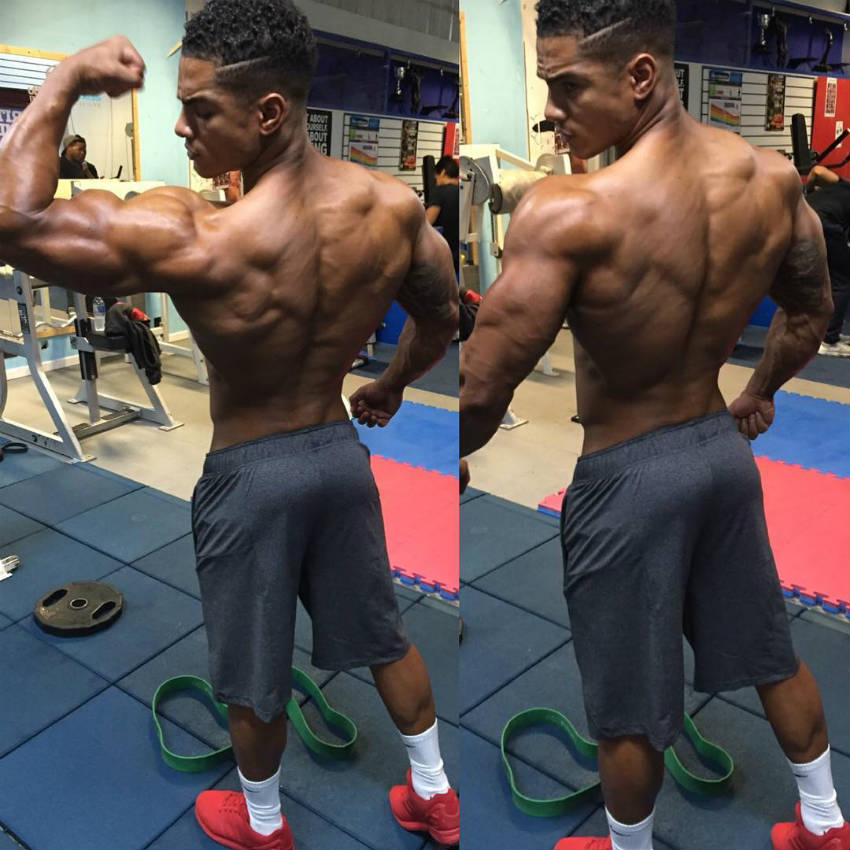 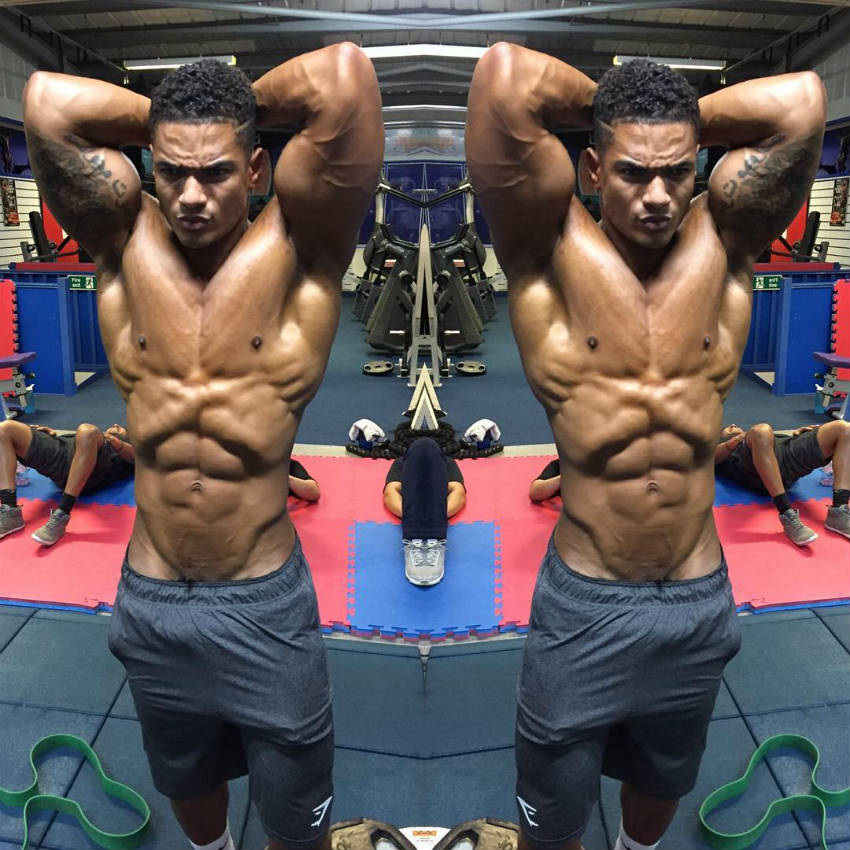 “One mistake I made was training chest and biceps everyday hoping to look like a superhero.”

Growing up in London, Elton was a keen sportsman spending his childhood playing soccer and keeping fit with friends. However, Elton wanted a bigger challenge than just high-school soccer, that’s when he turned to bodybuilding.

As he progressed naturally in bodybuilding, Elton’s physique grew, and so did his popularity. Elton started to attract the attention of numerous modelling agencies throughout he UK, especially in London – one of the world’s hubs for fitness models.

As time passed, his recognition grew further, that’s when Elton decided to push himself to see what he could achieve. That’s when he began to find work from a number of sponsors – cementing his place among some of UK’s top fitness models.

Using social media as a tool to show his daily lifestyle to the world, and to chart his bodybuilding progress, Elton started to gain even more popularity as the years passed.

As he became more respected in the modelling world, he decided to use his talent and dedication for a whole new purpose. This is when he started competing in bodybuilding shows.

His first competitions were small amateur events in the UK which only attracted limited media attention. While these events provided just enough space for a small crowd, Elton used them to gain his much needed experience in posing technique and choreography.

As he continued to compete and build upon his experiences, he started to gain confidence, and eventually, won several competitions. These victories inspired him to follow this path further. This is when he realized he could achieve the Pro card.

After many months of hard work in the gym, Elton stepped onto the stage at the 2016 UKBFF Top Fitness Model competition. This was his first professional competition, and, using everything that he’d learnt, Elton performed perfectly and took home 1st place. 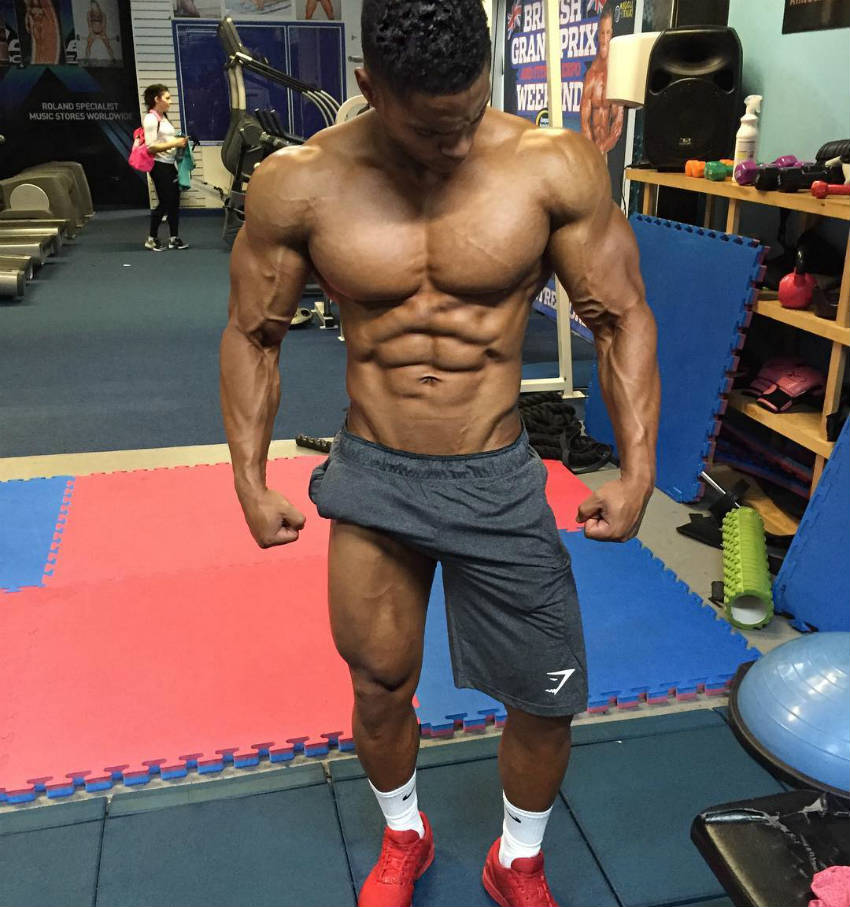 “Train hard, eat clean, rest well and the results will start to appear slowly, but remember to enjoy the journey.”

Weight training was not something that came easily to Elton. He admits that made many mistakes in his early years of lifting. The biggest mistake was to over train his chest and biceps.

He said, that after doing this for a while, he looked out of proportion, as if someone had stuck ‘”big biceps and a huge chest on a stick man.”

Eventually, Elton mastered every technique required to create a well-balanced physique. Throughout the years of trial and error, he created his own training program which includes six sessions per week, and one rest day on Sunday.

“Be persistent with your weak body parts, make sure you’re always working on different body parts and try to look for areas that can be improved upon e.g. Looking at your shoulders and increasing rear deltoid exercises”. 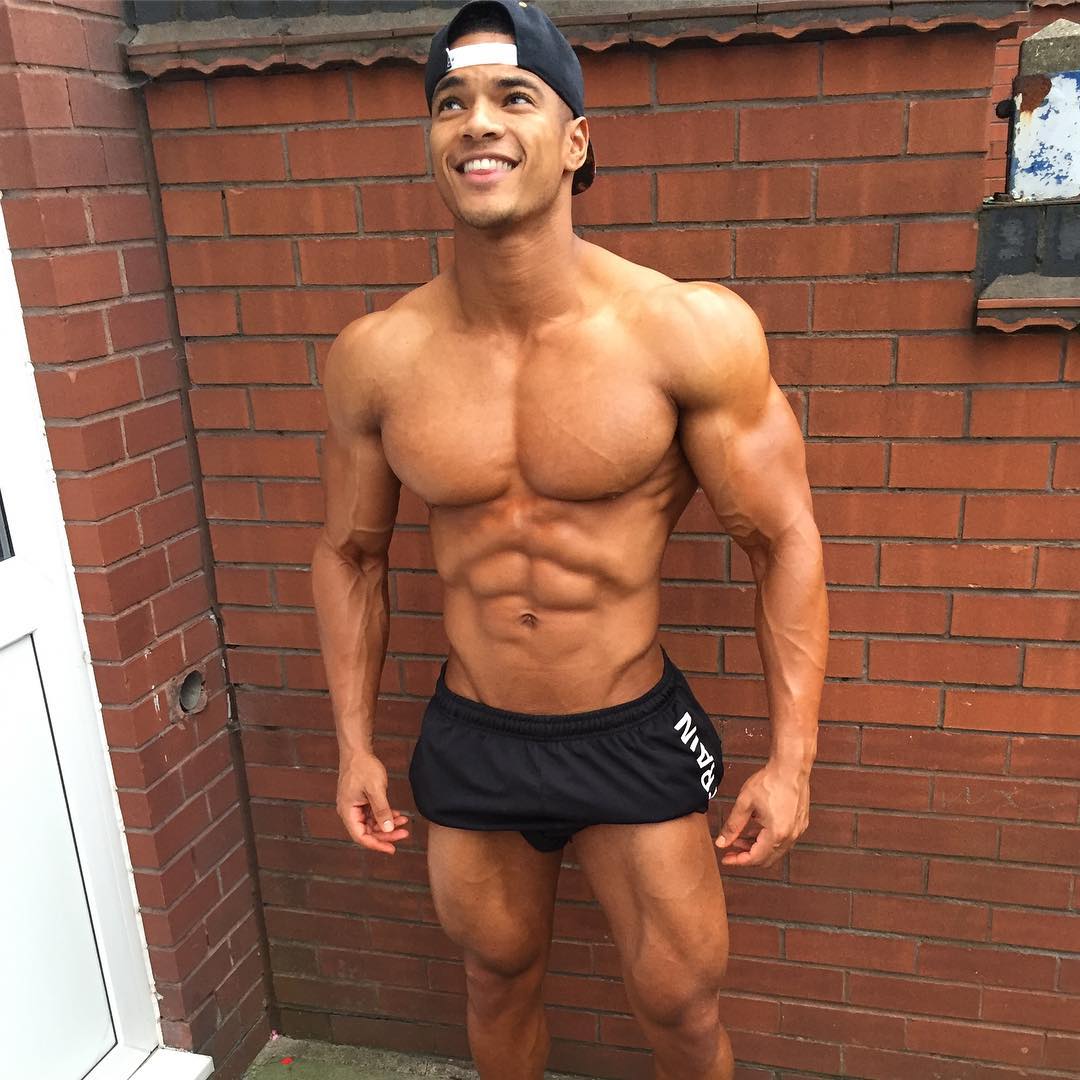 “Staying positive is such a powerful thing.”

Elton has built his diet around the three macro-nutrients; carbohydrates, proteins and fats. He only eats high quality lean meat and fish such as tuna and turkey. His carbs are obtained from healthy sources such as sweet potato.

When he’s not competing, his diet is more relaxed where”cheat meals”  such as pizza, and chocolate, are introduced. Prior to competitions, he avoids unhealthy saturated fats and sugary treats. Here is one of Elton’s daily meal plans prior to competing:

“When I do crave something I am still very happy to eat it, I just try to keep my protein high and be conscious of what I eat”

Elton also makes use of a wide range of supplements to ensure he is performing at his best. He says that “finding a balance” in his diet is key. He believes his meal plan works so well because he makes sure to add variety to his diet. 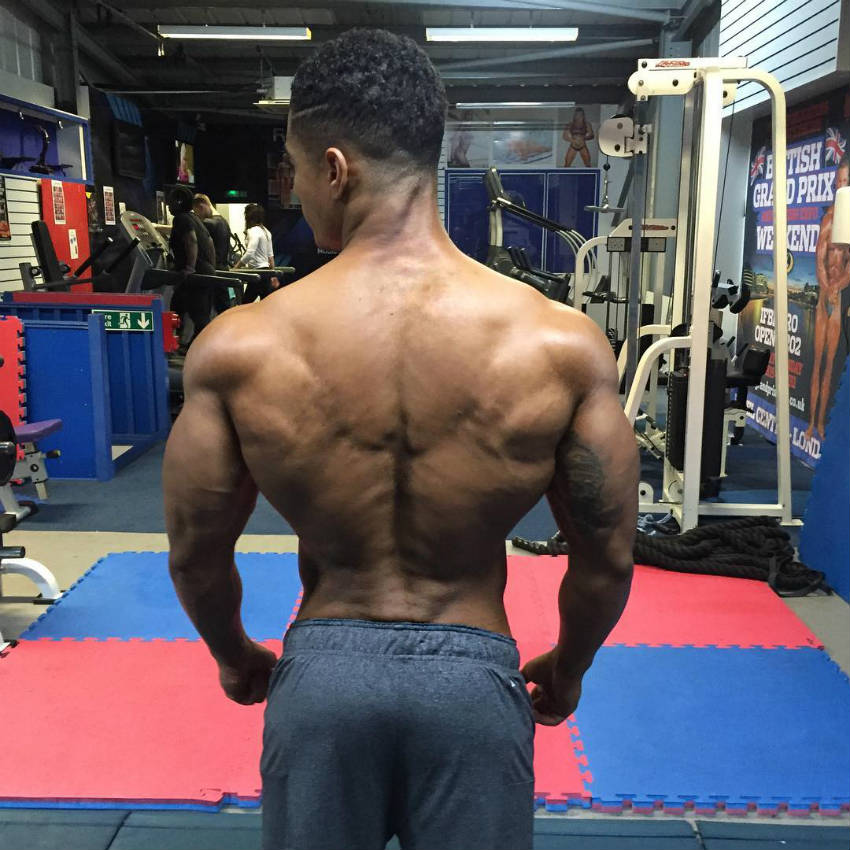 “You won’t always get the recognition you’re after, that’s a fact! Do it for yourself and do it for that feeling of satisfaction.”

Elton is inspired by the bodybuilding greats of the 1970’s and 80’s, such as Arnold Schwarzenegger and Frank Zane. He believes that modern day bodybuilders can learn a lot from the “artists of aesthetics” of that era. 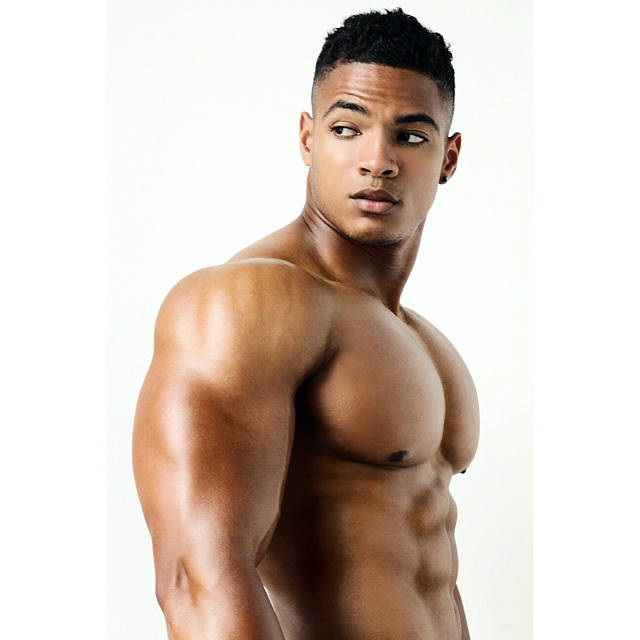 “Ambition is the new sexy.”

What we can learn from Elton Pinto Mota

Elton Pinto Mota has taught us the importance of hard work, dedication, and learning from your mistakes. While Elton is a high level athlete with a professional training regime, his dedication to overcome mistakes with a positive attitude, and determination, is a lesson to us all.

In his own words, the aspiring bodybuilder should “be patient… a lot of people are looking for results too fast in order to feel good about themselves. Train hard, eat clean, rest well and the results will start to appear slowly, but remember to enjoy the journey”.

This athlete has put on more than 30lbs of lean muscle over the last 3 years. Super Impressive! And Well Done on the updated “look/feel” of the Greatest Physiques site.