Eddie Hall is an English professional strongman, known for his incredible feats in the weightlifting sport.

Eddie is the winner of the 2017 World’s Strongest Man competition, alongside being the only man to ever deadlift 500 kilograms (1,102 lbs).

He’s also won the England and UK’s Strongest Man events on multiple occasions, which makes him one of the greatest strongman athletes ever.

However, Eddie’s life wasn’t always full of success and joy. Throughout his childhood, he battled with anxiety and depression, along with facing some terrible, life-altering events. 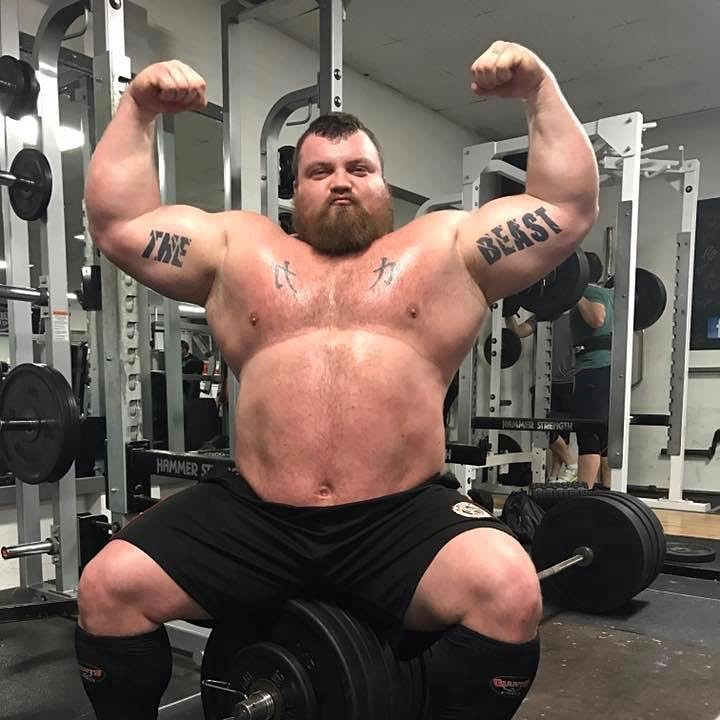 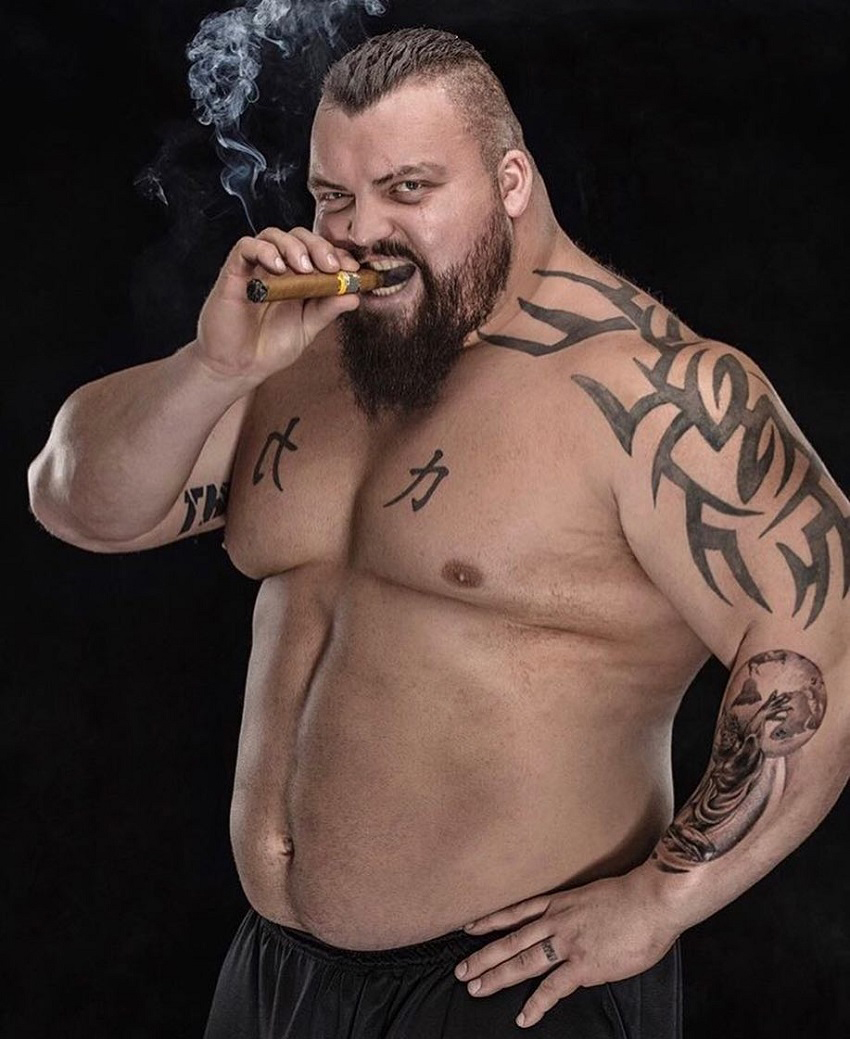 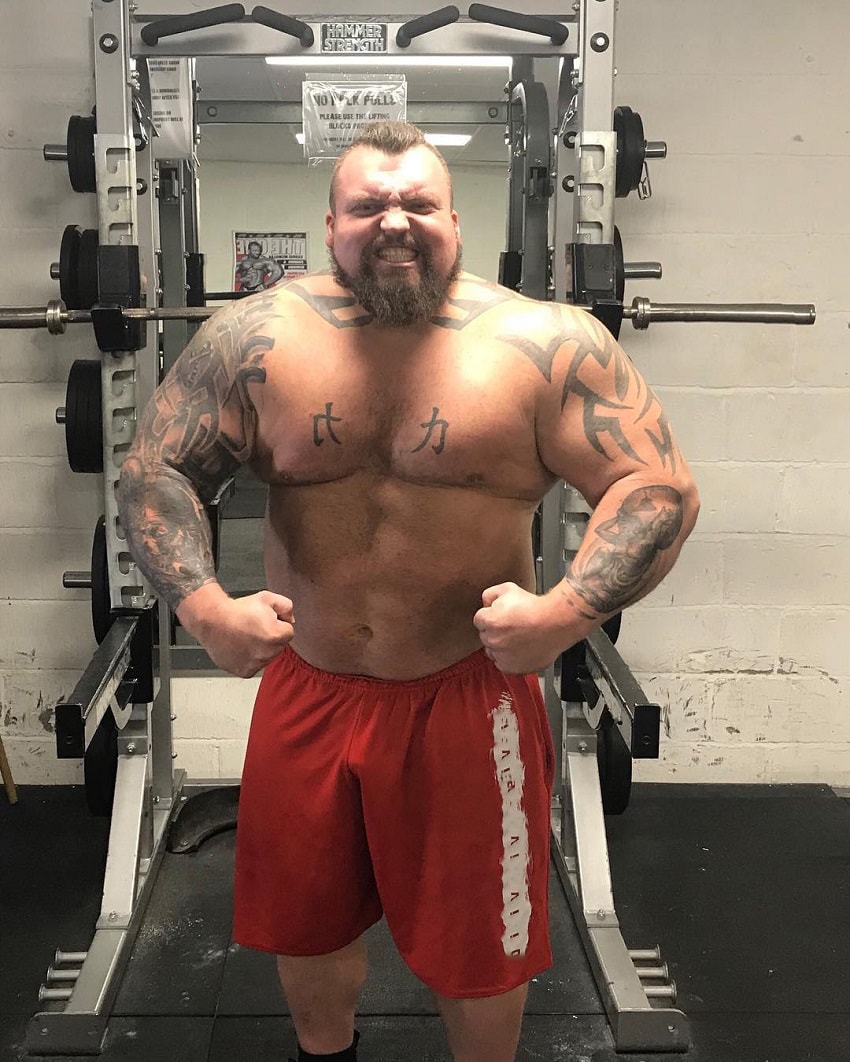 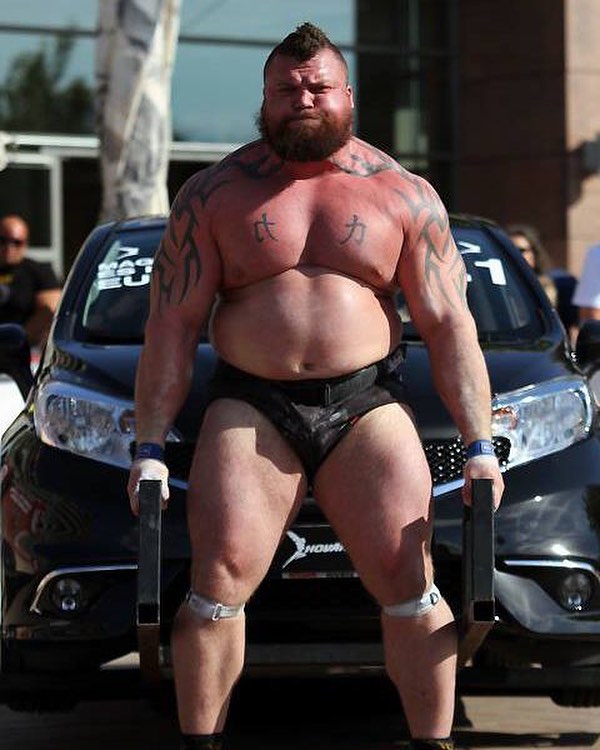 Eddie Hall was born in January 1988, in Staffordshire England. While he’s successful today, his early life was all but easy. When he was 12, Eddie’s nan was diagnosed with cancer. This shocked Eddie so much, that he started having anxiety attacks.

Eddie’s anxiety problems seriously affected his school and career. So much so, that he had to abandon his dreams of becoming a competitive swimming star. Unfortunately, Eddie’s health problems became so severe over time, that he got expelled from his school.

In Eddie’s words; “When I was 12 or 13 my nan was diagnosed with cancer. I was having a really hard time at school, I was thrown out of the swimming club – which was going to be my career.

Soon I started getting in trouble with the police, in trouble with my parents, my family, always getting into fights and, I don’t know, it just hit me hard. I got huge anxiety attacks where I couldn’t leave the house.” 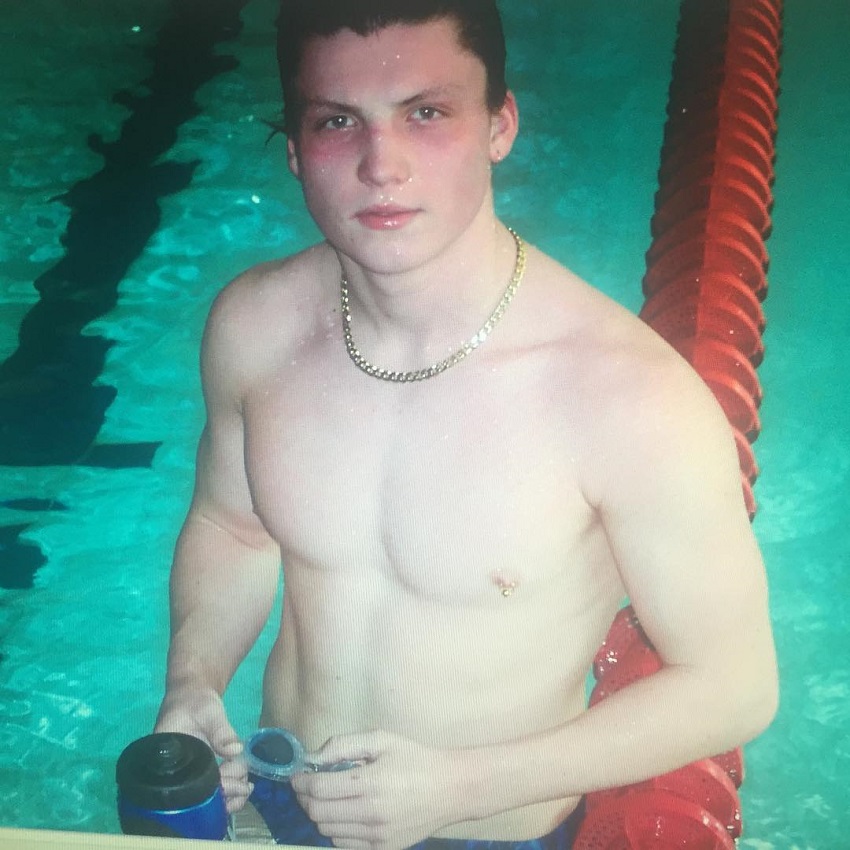 Eddie Hall in his youth.

After several years of battling anxiety, Eddie decided to turn his life around. His first step was to start counseling therapy. During the course of the therapy, Eddie was put on a medication to ease his anxiety.

This was a long and difficult process which lasted for over four years. Remembering some moments from this difficult period, Eddie said; “I’d always be wanting to go to the toilet to sit on my own and just rock back and forth and just calm down and get the anxiety out.”

“If I had to go out for a family meal or go out with mates, I’d be throwing up before I went out, I’d be that anxious. Doctors put me straight on medication and straight into counseling. I was on them for about four years and it did help.”

As soon as he started lifting heavy weights, Eddie felt better than ever. The ‘iron’ was his outlet for the negative emotions he was experiencing at the time.

But Eddie didn’t just strengthen his mentality. His physical strength also grew, and with it, his passion for strongman and bodybuilding. 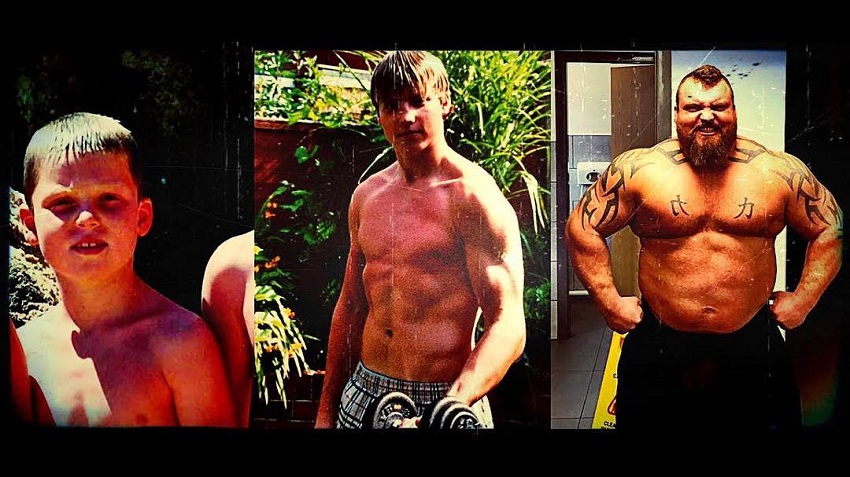 Eddie Hall’s transformation over the years.

Eddie’s passion kept on growing, as he began to fantasize about competing in strongman events. Then, in 2010, his dreams became a reality.

After Dave Meer of Staffordshire dropped out of England’s Strongman Championships due to an injury, a place opened up for Eddie.

He went on to take Dave’s spot and compete at the 2010 English Strongman Championships. Impressively, Eddie won the competition on his first attempt by only half a point.

It was after this victory, when Eddie realized he could make a name for himself as a strongman. 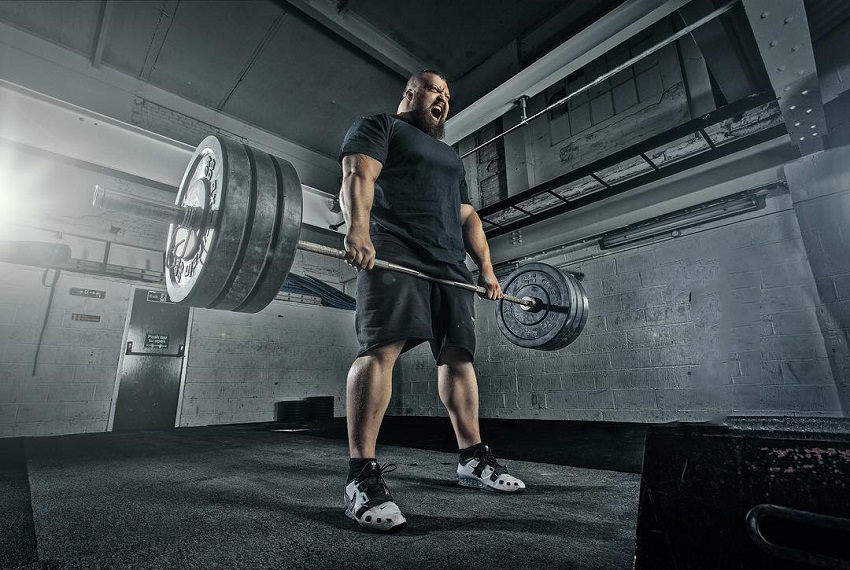 A year after his first competition, Eddie went on to win the UK’s Strongest Man show, which was held in Belfast.

Shortly after the victory, Eddie set a new national record by hanging on to 40kg axes for one minute and 18 seconds – becoming the record holder in the “Viking Hold.”

Unfortunately, Eddie tore his forearm tendons during the contest. This prevented him from competing at the World’s Strongest Man 2011, but he was still set to compete at the contest in 2012.

Eddie’s first contest of 2012 came in February. He took part at the Giants Live Melbourne show, where he placed fourth.

Two months later, Eddie was invited to partake in Europe’s Strongest Man. He didn’t have a lot of time to prepare, but was still able to take the top 8 place at the contest.

Eddie’s biggest challenge came a couple of months later, when he took part in his first World’s Strongest Man event. He finished in 18th place that day. 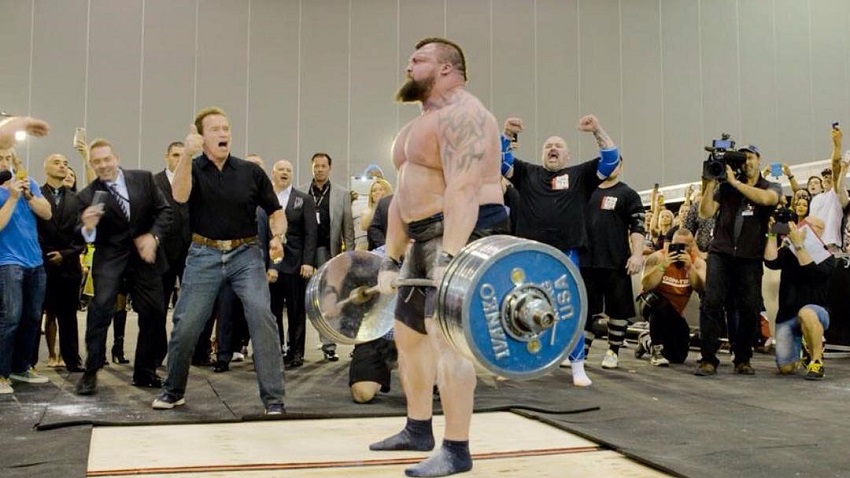 In Spring of 2013, Eddie qualified for Europe’s Strongest Man, after Ervin Kanton was forced to quit due to an injury. He came in eighth place at the event.

One year later, Eddie reached the finals of the World’s Strongest Man for the first time. He came in second place in the Squat Lift category, and sixth place overall.

In March 2015, Eddie set a world record for the first time in his career – achieving a 462 kg, or 1,019 lbs deadlift. He accomplished this feat at the Arnold Classic Australia, where he was cheered by Arnold Schwarzenegger himself.

Not long after, Eddie broke his own record by lifting a 463kg in the deadlift at the 2015 World Deadlift Championships. Eddie also finished 4th at the 2015 World’s Strongest Man, bettering his previous result by four places.

After placing 4th at the 2015 WSM, Eddie’s results only got better and better. In March 2016, he set a new world record in deadlift, before breaking it again four months later – achieving a 500 kilogram (1,100lbs) deadlift. During the event, Eddie passed out from lifting such heavy weight.

The pinnacle of Eddie’s career came in 2017, when he claimed the long-awaited 2017 World’s Strongest Man title. With this victory, he cemented his place as one of the greatest strongman athletes the world has ever seen. 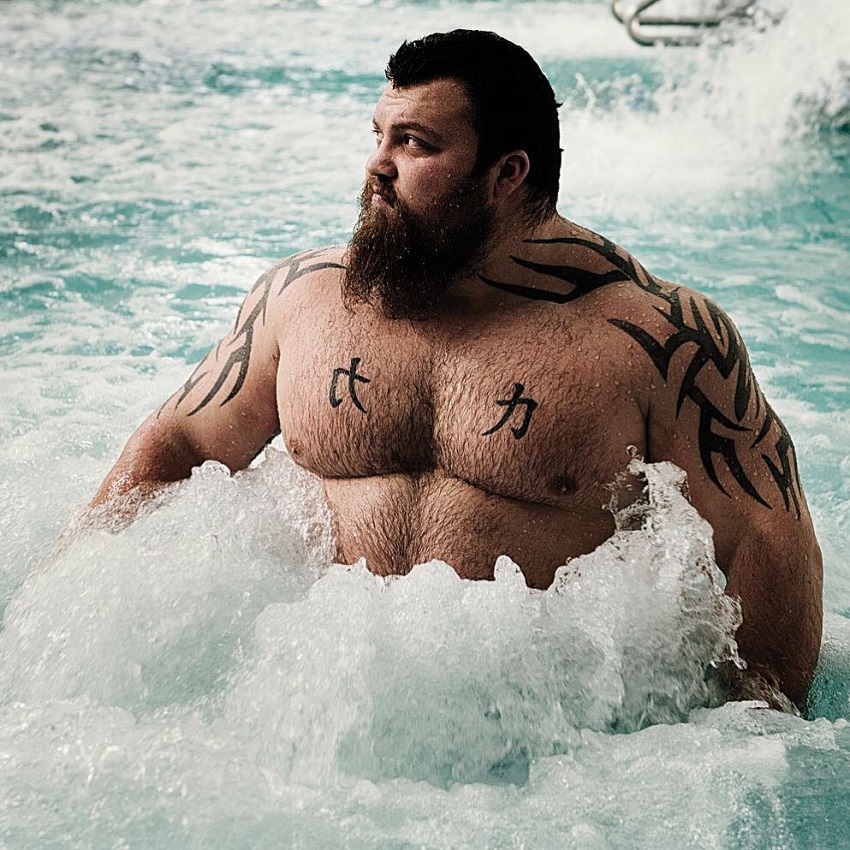 During his peak, Eddie trained six times per week, up to four hours per day. This included weight training, stretching, hot-cold baths, physiotherapy, and other recovery treatments to help his muscles grow.

“Honestly, no joke, I would see my wife and kids for an hour or two a week at most. And that put so much strain on me mentally because, if I failed, all that f****** sacrifice would have been for nothing.”

In terms of his training specifics, Eddie has always tried to be explosive in his exercises. This has allowed him to build fast-twitch muscle fibers, which help him the most with his overall strength. 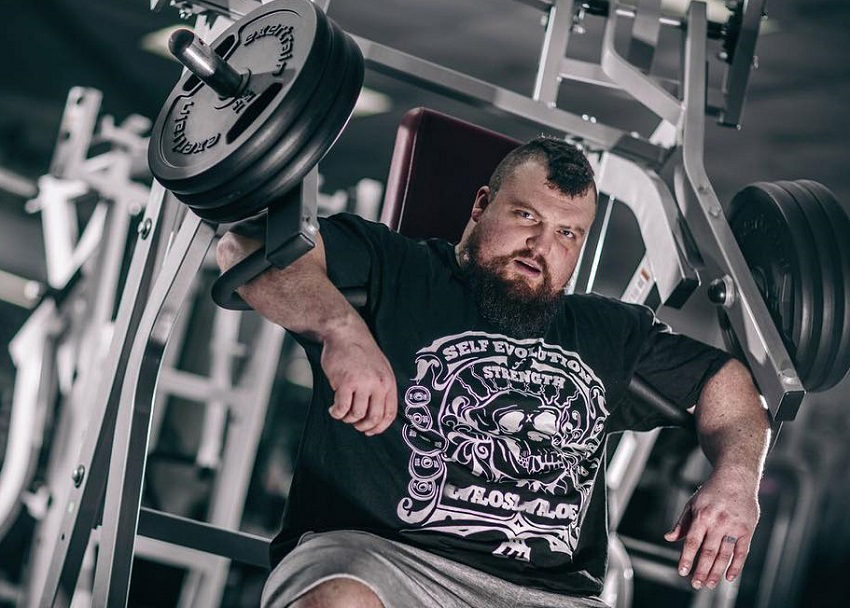 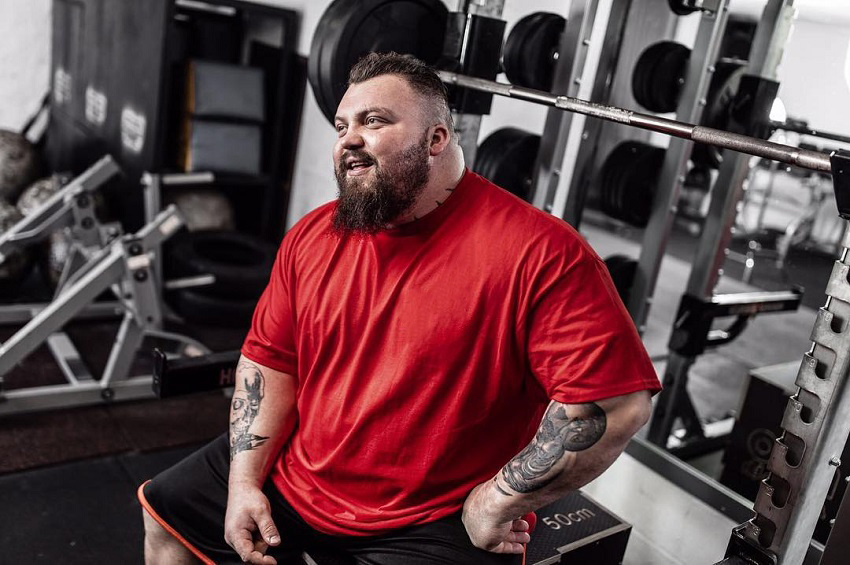 When he wants to ‘bulk up,’ Eddie will consume up to 12,000 calories per day. Needless to say, this number isn’t easy to achieve, but it’s crucial for Eddie to fuel his huge muscles.

As Eddie said; “It’s actually like a normal diet, I eat porridge with fruits for breakfast. But when everyone else is having a bowl, I’ll have a bucket. I just multiply the proportions, so these are huge amounts of food.” – Eddie Hall

Here’s how it all looks on a plate; 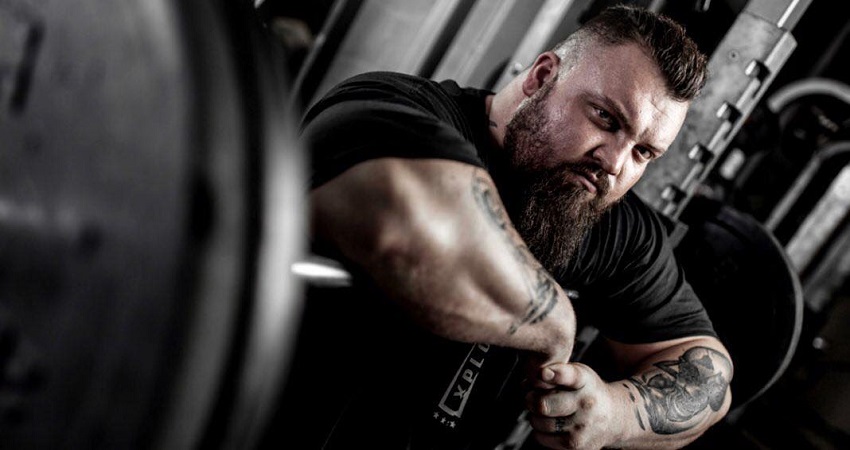 It was Eddie’s own will to improve his situation during the times of depression and anxiety that have influenced his life the most.

Thanks to his strong mindset, he was able to completely turn his life around and create a better future for himself and his family. 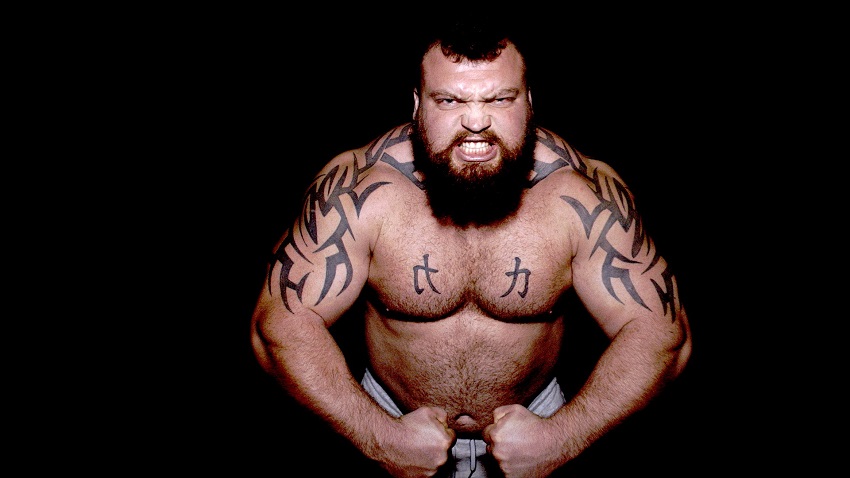 What we can learn from Eddie Hall

Eddie Hall has taught us to never give up, no matter how challenging life gets. After being expelled from school and his swimming team, Eddie became depressed about his situation.

However, he didn’t let these events destroy his life. Instead, he came back strong to become the strongest man in the world – winning the prestigious title in 2017, after years of dedication and hard work.

The main lesson we can learn from Eddie’s story is that there’s always a way out. Keep pursuing your passions in life, and use the obstacles that you face as a way to grow stronger  – just like Eddie Hall did.