Ed Corney was one of the greatest lightweight athletes in the history of the sport. He’s become an icon in the industry, even going on to win the Masters Olympia twice.

Ed also had a reputation as one of the best posers that bodybuilding has ever seen. His legacy was cemented when he was inducted into the IFBB Hall of Fame in 2004.

However, he almost died during a shoulder replacement surgery. This is his story: 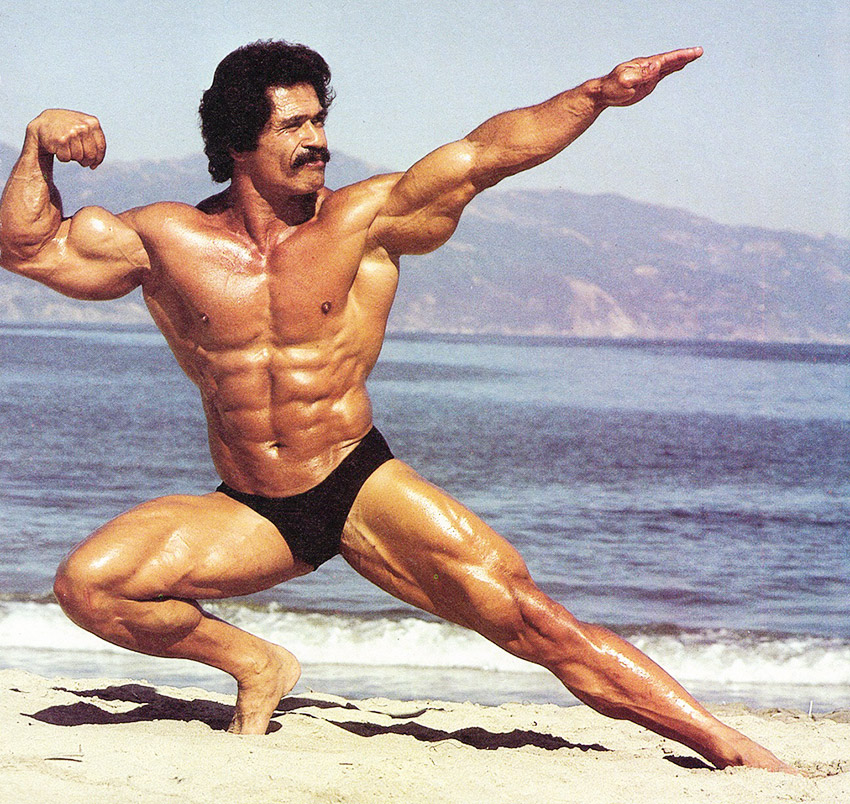 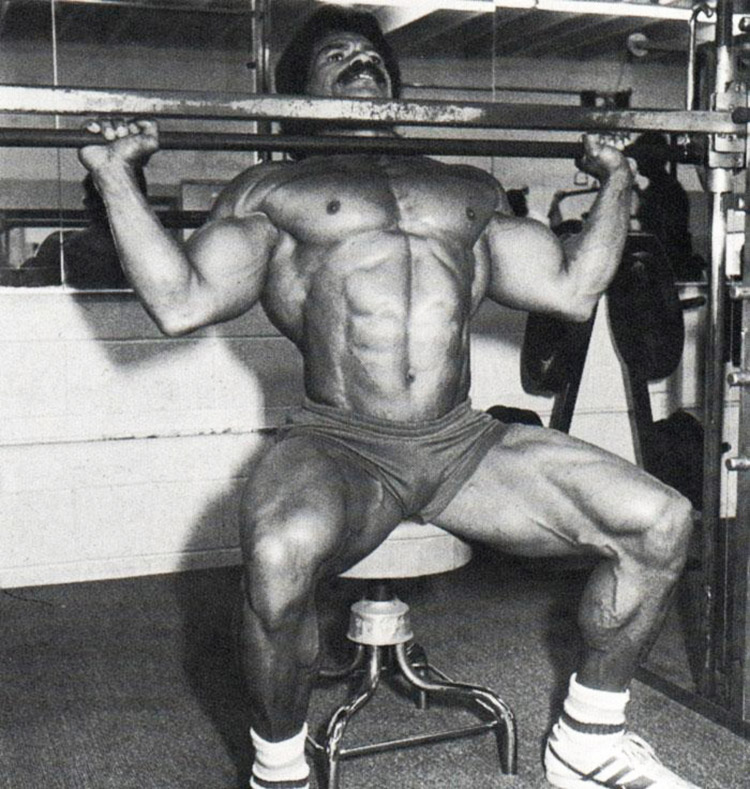 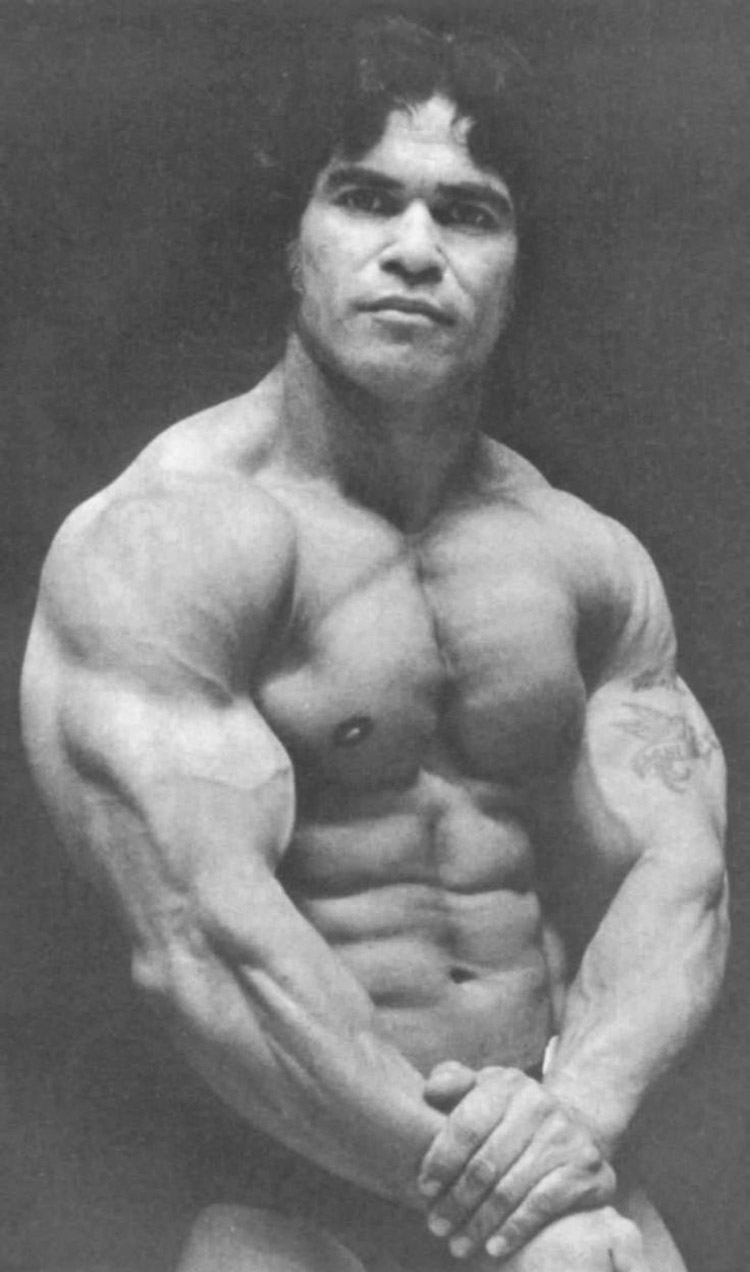 Born in Hawaii, America, Ed had always been into fitness growing up. He took part in volleyball, body and board surfing and canoe paddling. However, he never considered competing as a teenager.

At the age of 17, in 1950, Ed began working at the airport. It was here that he met bodybuilder, Millard Williamson after he challenged his friends to a volleyball game.

He was encouraged to begin working out in the gym when admiring Millard’s physique.

Ed started lifting weights under the guidance of Millard, and it wasn’t long until he’d made serious progress. His great genetics helped him to sculpt a great physique.

However, at this point, Ed still had no ambition to compete as a bodybuilder for the next 17 years. 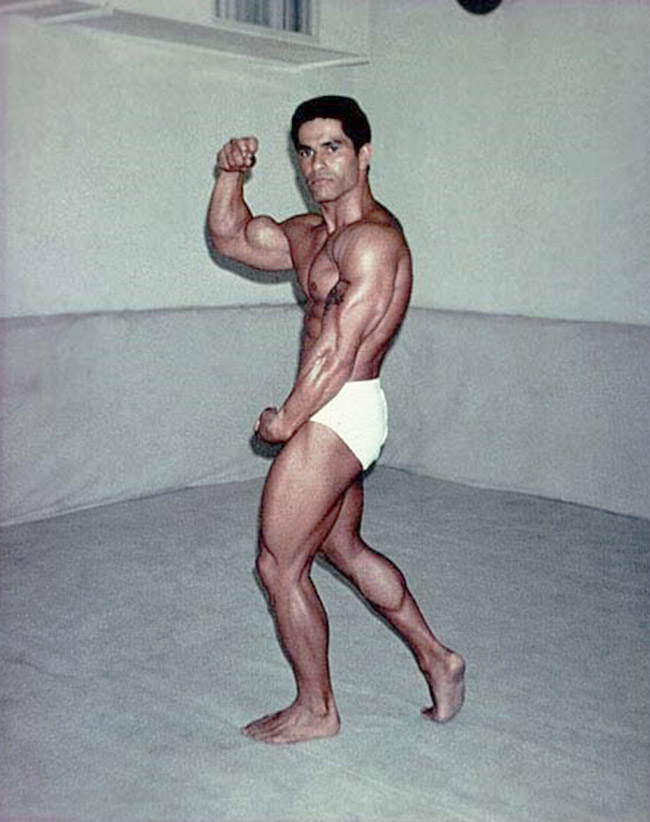 By the age of 33, Ed had developed an incredible physique. His friend organized a fitness contest, the 1967 Mr. Fremont show.

Without any preparation, Ed was persuaded to compete. As a result of his 17-years of training, he managed to take home the trophy.

It was at this point that he began to pursue a career in bodybuilding – after experiencing life on stage, he believed the sport to be a “perfect combination of physical, spiritual and mental” skills.

Through his hugely successful journey, Ed had secured his place among the legends of the golden era. He’d become one of the greatest lightweight athletes in the sport’s history.

However, after the Super Bowl of Bodybuilding in 1989, at 56-years-old, Ed decided to take time away from the stage. 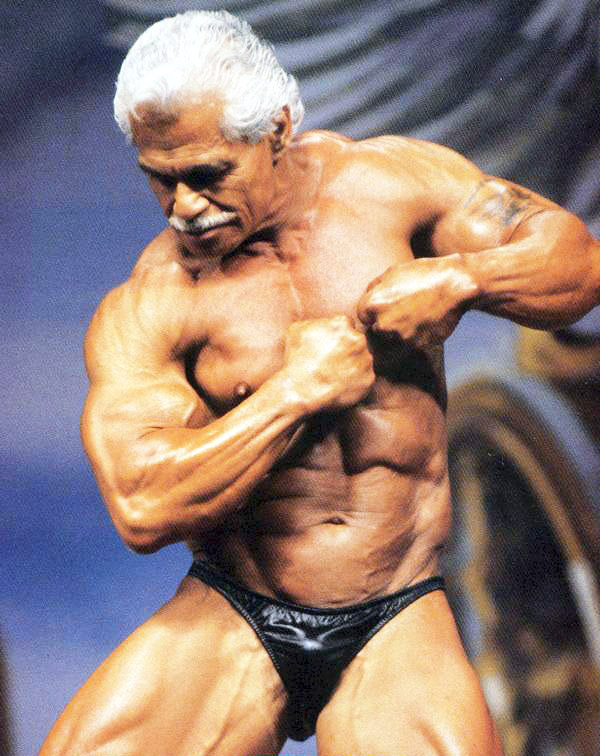 Ed posing on stage at 63-years-old.

After a 5 year break from competing, at the age of 61, Ed stepped on the stage at the 1994 Olympia Masters show. Proving that he hadn’t lost his posing ability, he walked away as the champion of the 60+ division.

For the next 4 years, he entered the Olympia Masters annually, taking home another 1st place trophy. But in 1998, at 65-years-old, Ed finally hung up his boots up and walked off stage for the last time.

Ed’s legacy had already been cemented in the minds of numerous icons of the sport – Arnold Schwarzenegger, among others, believes Ed to be the finest poser on stage in bodybuilding history.

However, his achievements in the industry were officially recognized 6 years after Ed’s retirement. In 2004, the IFBB inducted him into the prestigious Hall of Fame.

During his peak, Ed trained 6 days per week in the gym. He split his workouts between upper and lower body.

Ed never counted his reps, but relied on his instincts to know when to change exercise. 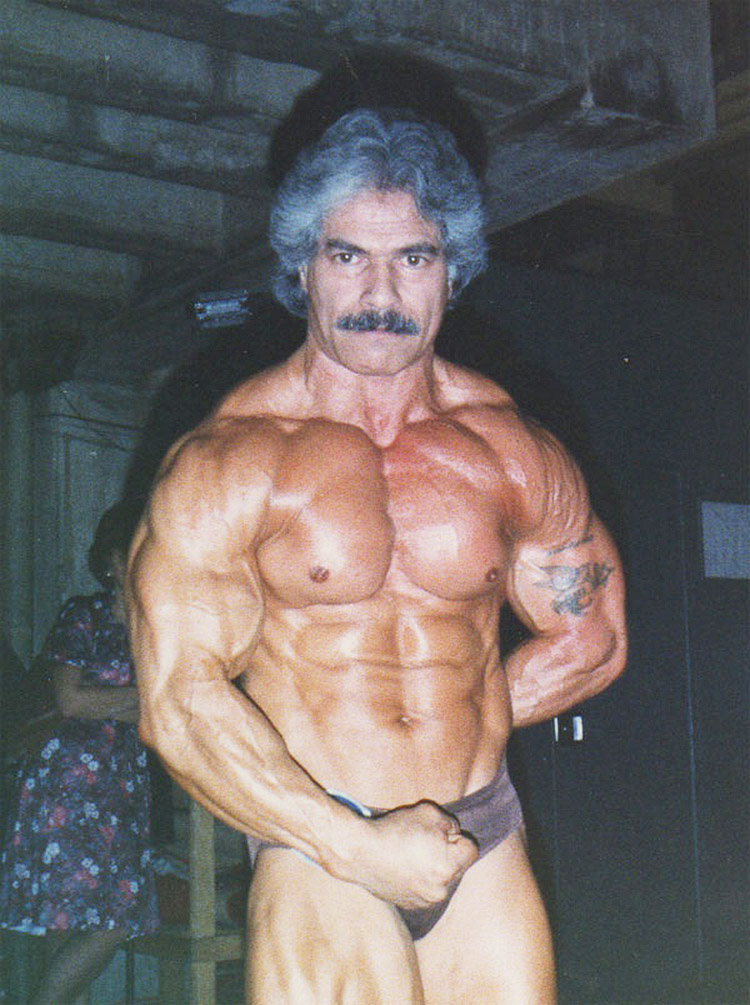 When competing, Ed tried to consume 200 grams of protein and 150 grams of carbs daily. He planned his diet around lean proteins, complex carbs, and green vegetables.

However, in the build-up to a show, he’d cut out carbs completely from his diet to ensure he was in top condition. 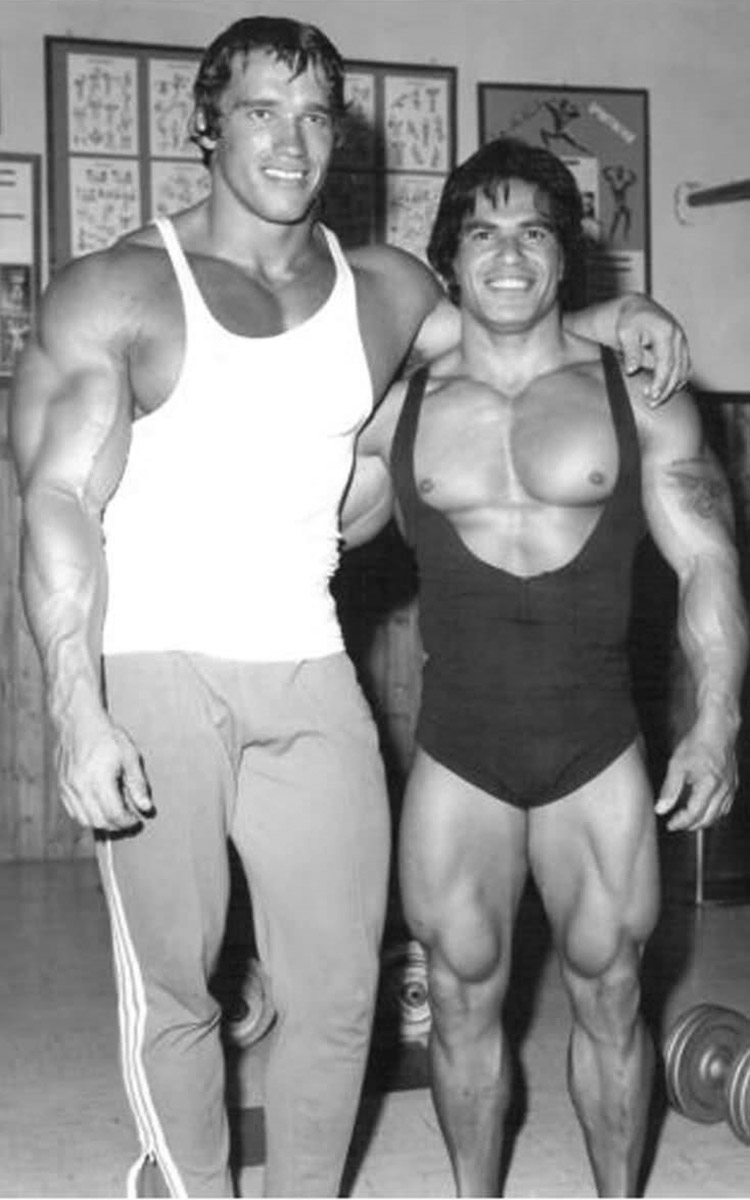 Ed became the inspiration for many aspiring bodybuilders in the modern era. But he named Arnold Schwarzenegger, Franco Columbu and Danny Padilla as his main influences during his career.

They helped push him to achieve success throughout his journey. 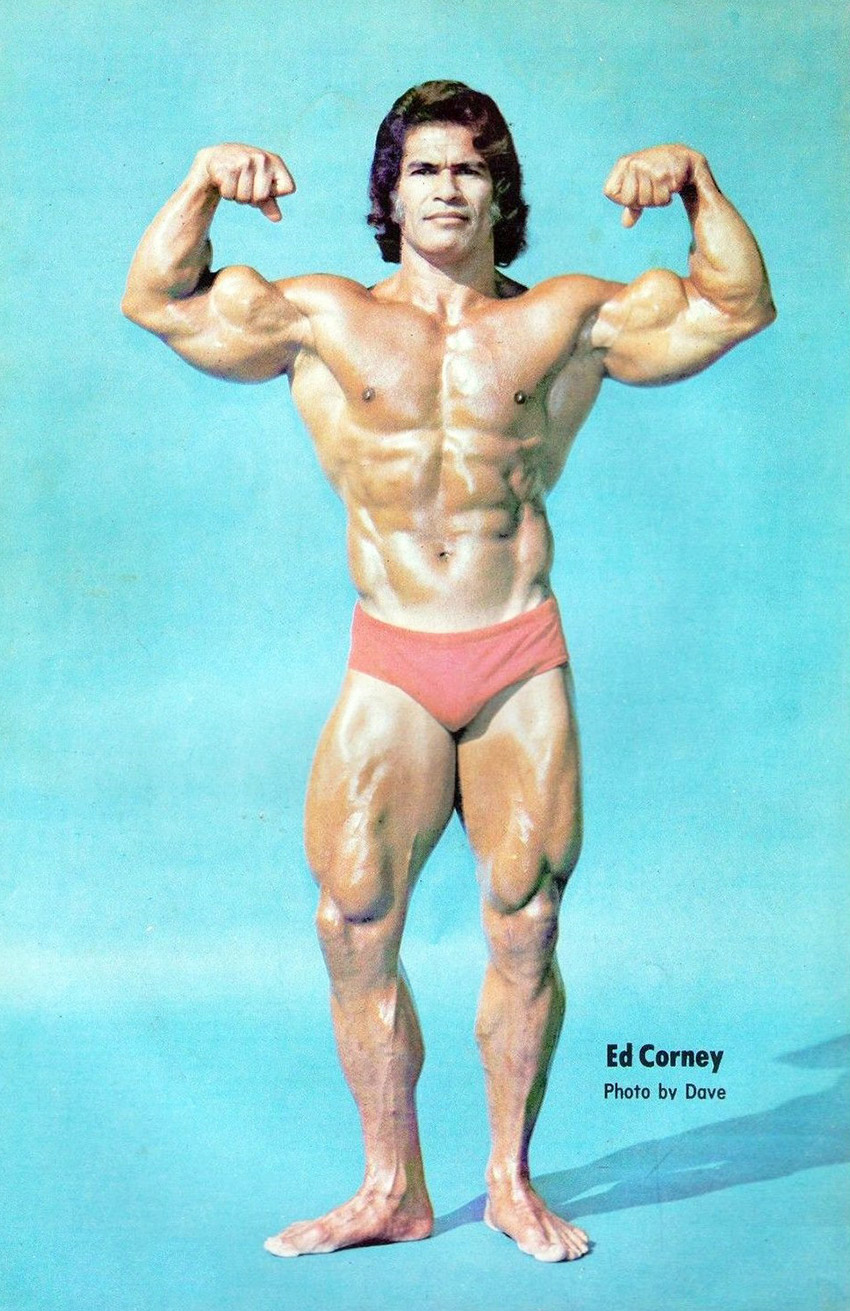 What we can learn from Ed Corney

Ed has taught us that it’s never too late to start chasing your dreams. He began competing at the age of 33, and still managed to cement his place as a legend of the sport.

One thing we can take away from Ed’s story is that you should always try different thing – he was persuaded to compete as a bodybuilder, and ended up falling in love with the industry.

If some one wants expert view regarding blogging then i suggest him/her to pay a visit this webpage, Keep up the fastidious work.

How come none of these bodybuilders mention their Steroid Cycles?