Doug’s been a professional bodybuilder for 30+ years, and it shows. His detailed approach and dedicated attitude kept Doug at the top of his game for over three decades.

With a deep knowledge of biomechanics and training principles, Doug’s been certified and awarded with numerous training certificates that enabled him to pass on his knowledge to other trainers around the globe.

He was a quick riser, at only 16 he took part in his first bodybuilding competition, and by the age of 24 he owned his own gym that became a huge success in Pasadena California. Rising up through tough times and being supported by only his mother, he’s managed to become one of the longest serving professional bodybuilders we’ve seen, and this is his story: 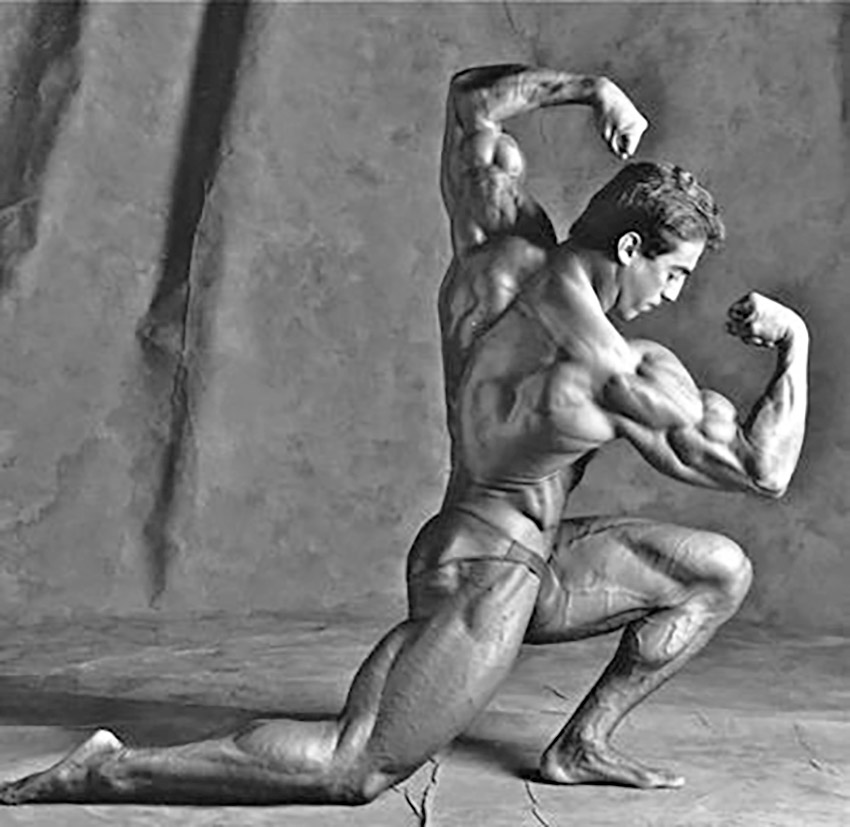 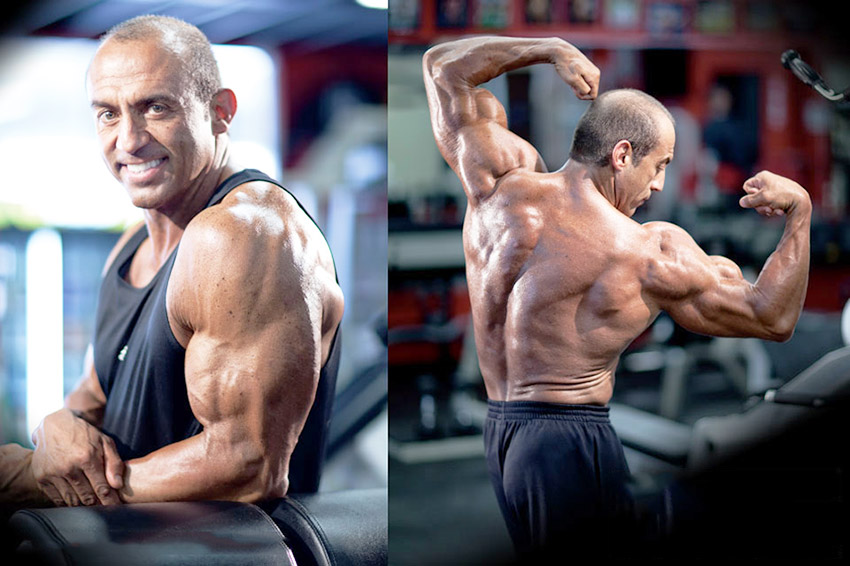 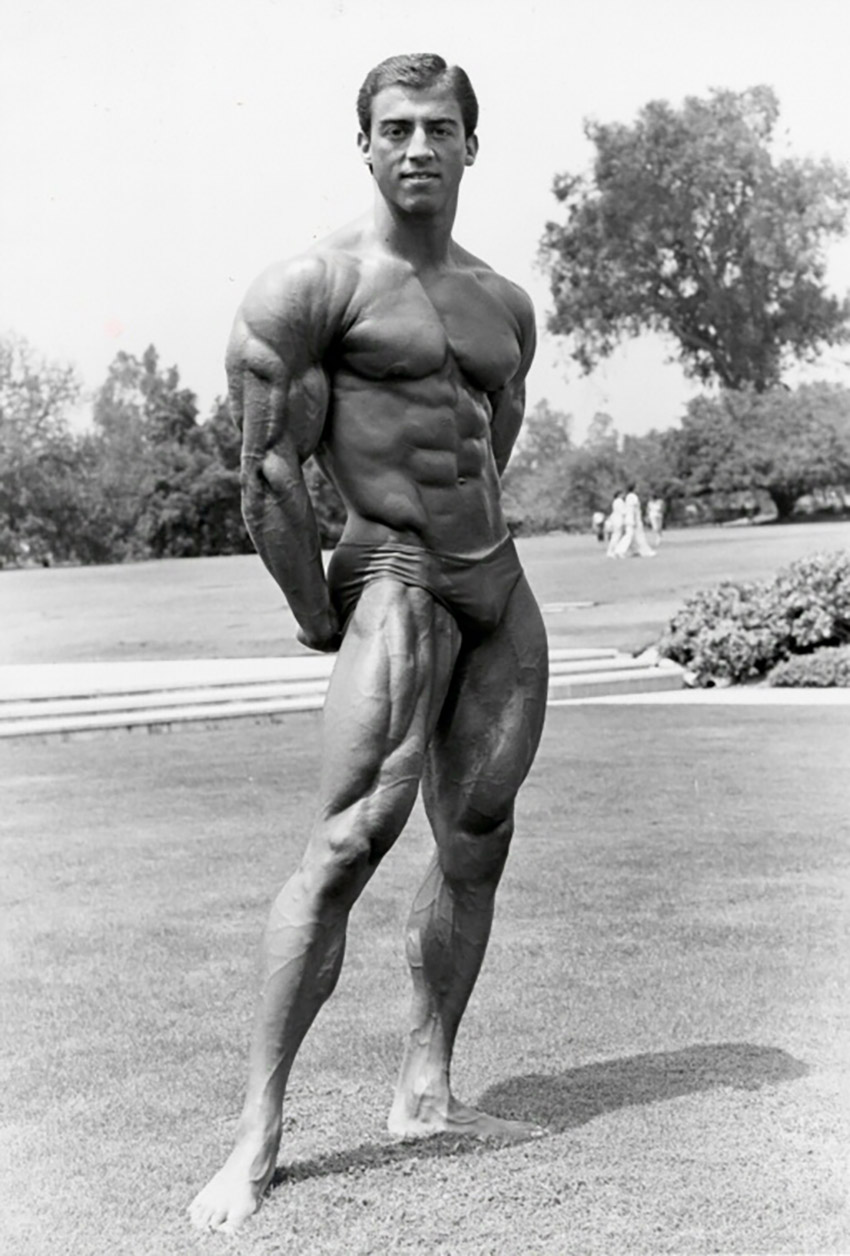 “Be fit, but genuine. Be motivated, but for a reasonable goal. Be accomplished, but – in the words of “Polonius” to his son “Laertes” – to thine own self, be true.”

Doug Brignole started life with a rough childhood when his father abandoned the family and left his mother to raise both Doug and his brother. Her lack of the English language meant she struggled to provide food, clothing, and education to the boys. For at the time she was working as a housekeeper on a low wage income.

But through the tough times, Doug grew into a very successful and articulate young man. He started weight training at 14, won the national championships by the time he was 19 and opened his own gym at the age of 24 of age (Doug founded Brignole Fitness Training Club) which was located in Pasadena California.

Doug’s thirst for training kept on growing from his first encounters with weight training, he would read and study any magazine he could get his hands on to learn new techniques. He’d then compare his findings with fellow gym members from Bill Pearl’s gym to see if he could learn anything new.

Experimenting In The Early Days

His experiments started to pay off as his results were quickly showing, but Doug admits that a lot of his training was trial and error in the early days. “Looking back at those early days, I can see clearly that I did some things wrong, and I did some things right – if only by accident. Over the years I came to have a much better understanding, not only of what works but also why it works.”

As Doug’s professional career started to take off, he started to understand the mechanisms of bodybuilding much more, which lead him into researching biomechanics, which he now studies and gives lectures on the subject.

Through his vast 30+ years of bodybuilding, Doug has also personally trained hundreds of men and women of all ages. He’s helped people to achieve their goals and improve their quality of life. He’s trained movie stars, government officials, competitive athletes and also people with handicaps. 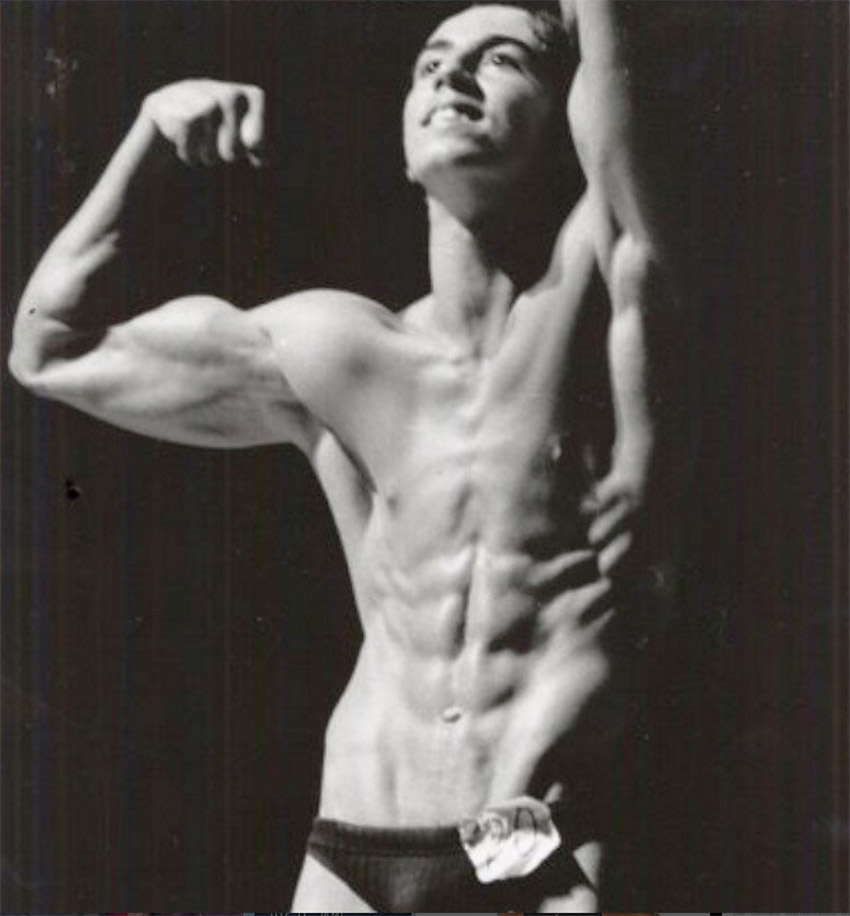 With Doug’s vast knowledge of training, he’s successfully co-authored an academic book for students in sociology called the Million Dollar Muscle. The book looks at the fitness industry from a historical and sociological standpoint. Doug is also constantly working on other articles and publications regarding biomechanics, which is designed to give students, trainers, coaches and bodybuilders a ton of knowledge on the mechanisms of the body in a training environment.

Doug has dedicated his life to fitness and studying the way in which the body operates under the stress of exercises and the different results exercise can give. It’s clear to see that Doug loves what he does, and that’s including helping others. 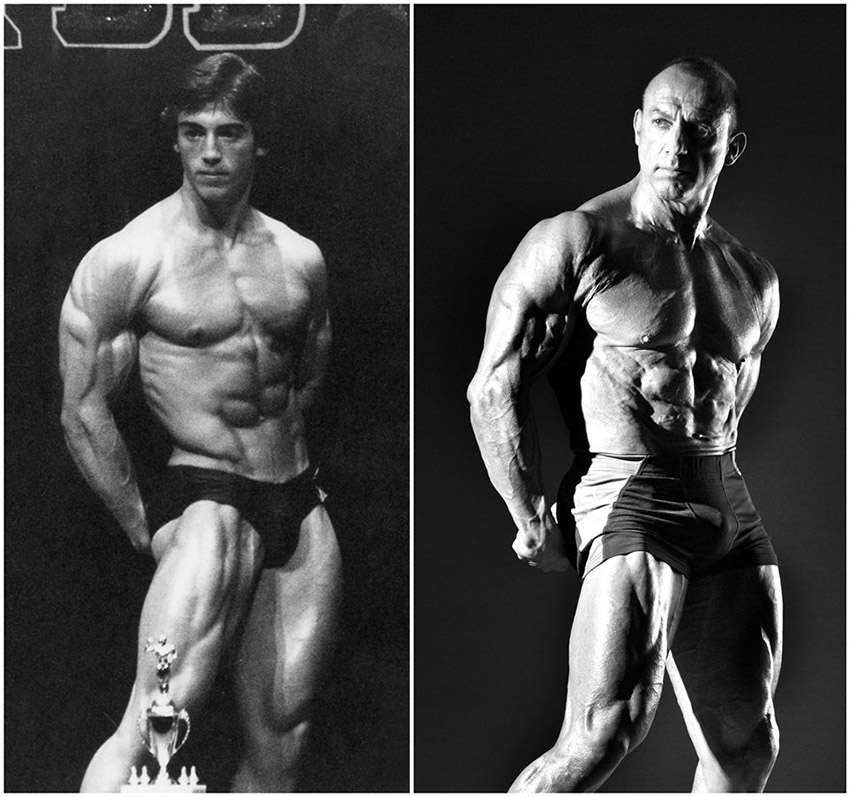 With over 30+ years in the industry of bodybuilding, Doug certainly knows what he’s talking about when it comes to training, including biomechanics and progressive overload.

He’s tried and tested many different types of training principles, that including heavy weight low reps vs lightweight with high reps. He explains that for 10 years he was using heavy weights vs lighter weights but he was beginning to get frustrated as he didn’t see te results he wanted.

Switching up his training style and working with lighter weights, Dough noticed a considerable difference in his results. He read an article by Steve Holman (U.S. IronMan’s editor in chief) where he explains the sarcoplasmic benefits of high-rep training.

Doug contacted Steve and he explained to him the difference between myofibril muscle growth and the sarcoplasmic muscle growth (i.e. the bodies fuel that surrounds the muscle fibers, which has a greater growth potential). When Steve explained to Dough the sarcoplasmic part of the muscle does not get stimulated until you get past the 15 rep range. This got Doug thinking.

He began experimenting, and as Doug put it, “My first mistake was that I kept using the same number of sets and only increased the reps, with lower weight, naturally. That resulted in drastic overworking. So I took a big step back and decided to do only one exercise per body part, per workout, but with very high reps.”

“Specifically, I do 50 reps on the first set, 40 on the second, 30 on the third, 20 on the fourth and 10 on the final set, usually with a breakdown, or drop sets. Of course, the weight is proportionate to the reps. So for the first set I select a weight that barely allows me to get 50 reps. I increase that for the second set, but only enough to allow me 40 reps, and so on. Sometimes I do a sixth set, but that’s it.”

Doug’s results were what he expected, he experienced better growth with the combination of high reps and low sets. This just goes to show that even after a professional 10 year period, there’s always room to learn new techniques.

“And, as I said, I get much better growth now, with this combination of high reps and low sets, than I ever did using more weight, more sets and lower reps. This has been one of my primary discoveries. Than you, Steve!”

Is Variety Worth It?

Over Doug’s many years of training, he came to the conclusion that variety in each training session is not always the best answer, at least not for Doug. He says that “virtually every article I’ve ever read involving exercise selection has recommended ‘changing it up’ frequently – meaning that we should always do different exercises to ‘shock’ the muscle and keep it from adapting. In my experimentation, however, I’ve found that to be entirely untrue.”

Doug states the best results for him are those with lighter weights and more reps, rather than many exercises for the same muscle group in each workout.

“I’ve tried it both ways – using different exercises at every workout and using the same exercises at every workout – and, frankly, I’ve gotten better results using the same exercise. First off, assuming the exercise you’re using is ‘really good’, why trade that for one that is not as good but different? Further, no study has ever shown the need for variety. It’s simply a hypothesis – conjecture. It sounds reasonable. On the other hand, I make more progress doing an exercise with which I am extremely familiar and hammering the hell out of it.” 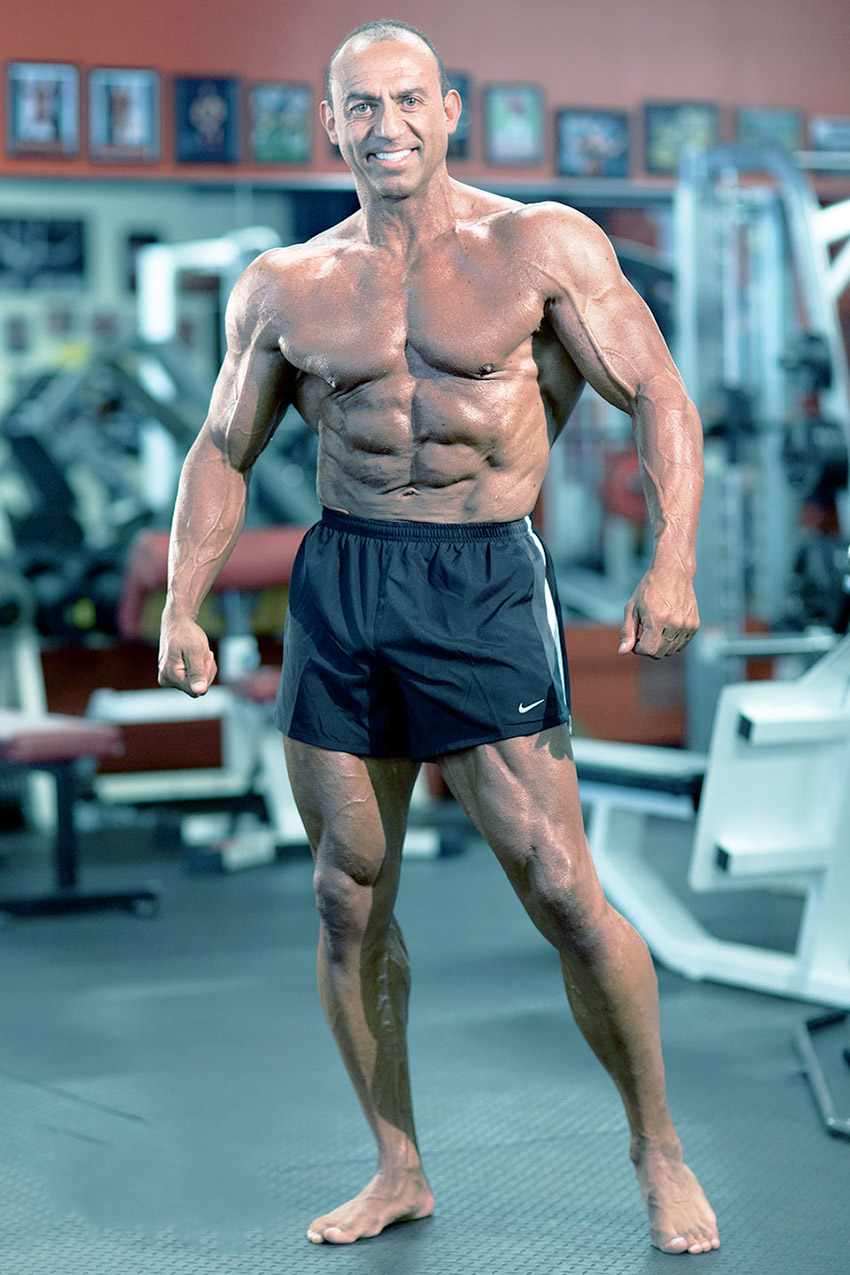 “I believe these lessons are truly transformative. I wish I had know them when I first began training – I think I would have made significantly better gains, especially when I was in my prime years, my 20’s and 30’s.”

Doug has not only experimented with the different types of training procedures for strength gains and size but also with his diets. He says “After I read The Zone Diet and books on the Atkins Diet, I fell into the somewhat misguided belief that carbs are bad. I say somewhat because if we’re not training hard in the gym, carbs do tend to make us fat. That’s because carbs – sugars and starches – tend to increase our production of insulin, and insulin can facilitate fat storage.”

For carbohydrates, Doug knows the importance of the right amount of fuel for the body to see the best results. Studying for many years the need for carbs and muscle growth, he explains that the muscle is made up of glycogen, meaning that if we limit our carbohydrates, we will halt the process to build and repair muscle. Below, Doug talks in more detail regarding his findings.

“When we train hard, however, we need insulin to help push protein into the muscle – and that ‘need’ overrides the fat-storing effect of insulin. Essentially, it negates it. Plus, our muscles are largely composed of glycogen, which is stored carbohydrate. So if you limit your carbs when you’re training hard, especially in the off-season, you will seriously compromise your ability to build muscle.” 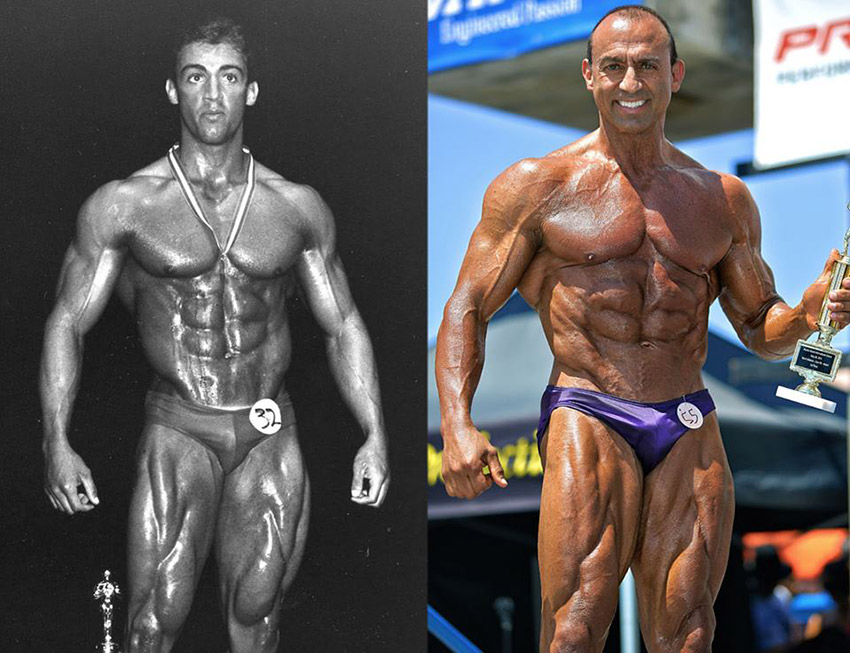 Doug’s influenced thousands of people and personally trained hundreds in helping them to achieve their goals. From owning and running his own gym at 24 where 7,000 received the benefits of his facilities and personal training. Doug has clearly inspired an army of fitness lovers young and old.

He now continues to lead and inspire others in his seminars and motivational talks, where he will tell people his personal stories, which include detailed information and backed up science facts on his training over the years. With his diverse training abilities, Doug also trains people with handicaps and helps them to transform their lives. 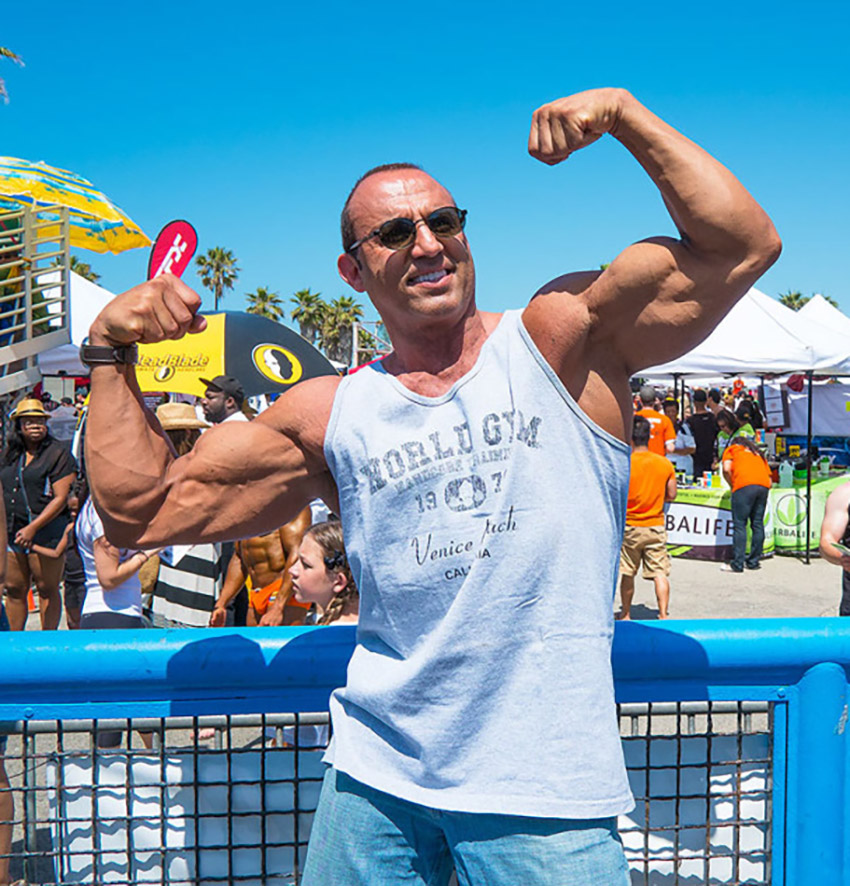 What we can learn from Doug Brignole

It just goes to show that even if you’re like Doug and was brought up with very little money, with the right amount of ambition and drive, you too can make your dreams come true. He started training at an early age, studied hard, compared notes with fellow bodybuilders and went from strength to strength as the years went on.

Owning his own gym at the early age of 24 and turning it into a successful business for over 11 years, Doug’s a prime example of the American dream. With the same drive and thirst for knowledge, you too could have your very own physique of greatness.

I wish there were years and/or ages given for the side-by-side younger-older comparison photos,

Do you have a book titled “HEALTHY LEARNING”?
I seem to have heard about this somewhere.
How can I buy a copy if this book exists?
BTW, I love your philosophy for weightlifting! !!

I am a 60 year old Englishman who has weight trained on and off for 45 years without making any noticeable improvements in my physique. My lack of knowledge, hard work, genetics and spasmodic motivation has accounted for most of my lack of progress. I was a walking encyclopedia on Arnold, Boyer, Franco, Mike Mentzer etc but still had twenty inch quadriceps and a thirty six inch chest.
However, since watching your You Tube posts I am actually making progress! I will buy your book ” The physics of fitness” when it is in print as I am somewhat old school.
Thank you so much for your body of work which even a hopeless cause such as me can actually make gains.
My only criticism is where were you when I needed you forty five years ago?
Kind regards
Mike