Born and raised in Jacksonville, Florida, Dexter Jackson AKA The Blade is an IFBB professional bodybuilder and the winner of the 2008. Mr. Olympia.

Famous for his impressive conditioning which he took to the stage every year, Dexter dominated the sport for over 3 decades, winning 9 Arnold Classic titles, as well as being the bodybuilder who’s won the most titles in professional history.

“When my teachers said I would never amount to anything, I knew I would prove them wrong. I wanted nothing more than to work hard to prove that I could be not just something good, but great!”

Dexter Jackson was born on November 25th, 1969, in Jacksonville, Florida. His enthusiasm for physical activity showed early on in his life, and would always take part in various sports, as he was the most energetic of 6 children in the family.

By the time Dexter entered high school, he started playing football, where he excelled as a running back. At one point, he managed to run a 4.20 in the forty meter dash, which was one of the fastest times in the country.

Jackson participated in other activities alongside football at the time, some of them being gymnastics and break dancing. Dexter was also a 4th-degree black belt in karate.

When he finished high school, Jackson planned on going to college, but his girlfriend became pregnant and he decided to take care of his family. According to Dexter, he then moved to an apartment with his girlfriend and started working as a cook.

Due to his sporting background and genetics, Dexter developed an impressive physique as he grew up, which some of his friends quickly noticed and suggested he should consider competing in a local show.

Jackson thought it over and agreed. He started dieting and going to the gym to prepare for the competition.

After only 3 weeks of preparations, at the age of 20, Dexter stepped on the stage for the first time in his life, and easily won the show.

It was at that point Dexter realized his potential in the industry, and also realized the amount of success he could achieve with more time spent training and dieting. 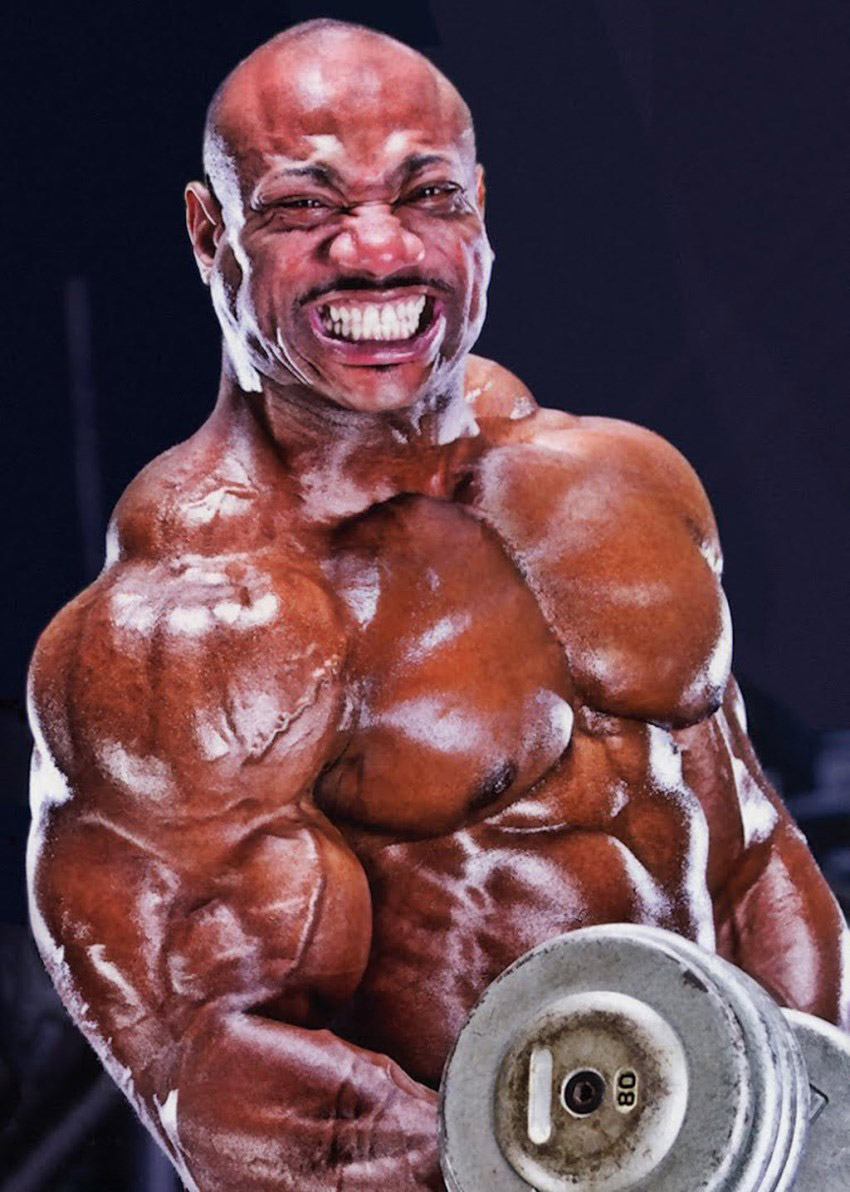 After winning his first local show, Jackson said he fell in love with bodybuilding, as he started working out harder than before, preparing for other competitions in hopes of becoming a professional bodybuilder.

It wasn’t long before he started accumulating great results in different local shows, and soon after, he competed in his first National Physique show, the 1992 NPC Southern States Championship, where he came in 3rd place.

After the competition, Jackson took 3 years away from the stage to fully dedicate himself to training and dieting, so he could eventually bring the best version of himself and earn the Pro card.

Dexter came back in 1995, and after 3 years of hard work and discipline, he stepped on the stage once again, taking home 1st place at the 1995 NPC USA Championships in the Light-Heavyweight category.

At that point he already set his sights on winning a Pro card, and becoming a part of the elite IFBB Pro league.

He started off by placing 6th at the 1996 NPC Nationals, Light-Heavyweight, and surprised everyone 2 years later by winning the 1998 North American Championships, both the Light-Heavyweight and overall category, where he eventually earned his Pro card.

Dexter said that everything became easier after winning the Pro card. He could finally enter the most prestigious competitions.

Over the course of several months after the 1998 competitions, he worked hard and dieted for his first professional show – the 1999 Arnold Classic, where he took home a respectable 7th place.

Jackson took part in 4 other competitions that same year, the first being the Grand Prix England, where he came in 4th place.

He continued his streak by placing 3rd, 9th, and 4th, at the 1999 Night of Champions, Mr. Olympia, and the World Pro Championships.

From 1999-2002, Dexter competed in 18 shows, and saw impressive results, being a runner-up in many, but hadn’t been lucky when it came to lifting the trophy for the winning positions.

After the win, Dexter continued to pile up impressive results, placing 3rd at the 2003 Mr. Olympia, and winning the 2003 Show – Strength Pro Championship. 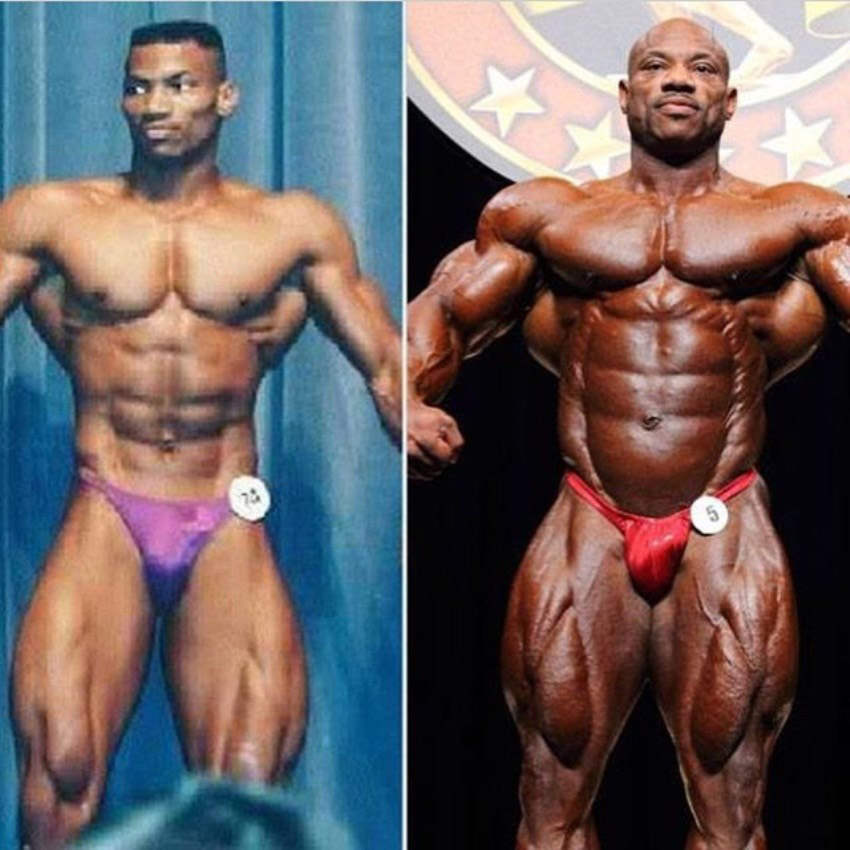 Dexter before and after.

For the next several years, Jackson dominated the bodybuilding scene by winning several editions of one of the most prestigious competitions, the Arnold Classic.

It wasn’t long before competition time came around to take part in the Olympia, and after 8 attempts, Dexter defeated the defending champion, Jay Cutler, and won his first ever Mr. Olympia title in 2008.

Needless to say, this was the highlight of Dexter’s career. This gave him additional motivation to push harder and defend the title in the following year.

Not being able win 1st place in the following competition, he started off the 2009 by taking home 3rd place at the Mr. Olympia. Jay Cutler made an impressive comeback that year and was arguably, in the best shape of his life, overshadowing Jackson’s efforts to defend the title.

Despite his huge success, Dexter still wanted to win more titles, and continued to do so by winning the 2011 FIBO Pro, and immediately after, the 2011 Pro Masters World Champion.

By 2016, Dexter has won so many competitions that he became the bodybuilder with the most IFBB professional bodybuilding titles – 28 in total. Furthermore, he also holds the record for the most Mr. Olympia appearances, a total of 17, and for the most Arnold Classic wins of 5. Lastly, he is the 2nd oldest bodybuilder to ever win an open IFBB Pro show at the age of 46.

When asked about retirement plans, Jackson said how he no interest in retirement in the near future, and plans to continuing competing.

Throughout the years of competing and fighting for winning titles, Jackson has proved that he’s one of the greatest bodybuilders to ever step on the stage, not only in the IFBB and FIBO, but also the Olympia.

Jackson always tries to keep his workout philosophy simple, as he’s a firm believer in compound movements, especially for beginners.

He said that the most important thing when starting out is to focus on compound exercises such as barbell bench press, or squats, in order to properly develop the physique.

However, Dexter also said that incorporating isolation at the end of each workout is a great way to further shape the muscle. He often likes to perform squats and leg extensions one after the other.

Having a balanced, yet calorie-filled diet is something Dexter has whenever he’s in the off-season, or during competition phases. He also allows himself cheat meals as a way to replenish the body of vital nutrients and lost calories.

However, when he’s preparing for a competition, Jackson rarely cheats, as he believes that there is no substitution to a strict, clean diet.

He usually eats lean meats such as steak and chicken as a source of protein, and white or brown rice, and sweet potatoes as a source of carbohydrates, and nuts for healthy fats.

In between meals, Jackson would often consume a whey protein shake.

When it came to his supplementation, Dexter always preferred to keep it simple, but still stresses the importance of good nutrition combined with supplements. According to him, every detail matters, especially for competitors.

Some of the supplements he would use were whey protein, creatine, BCAAs, and a fat burner during contest prep. 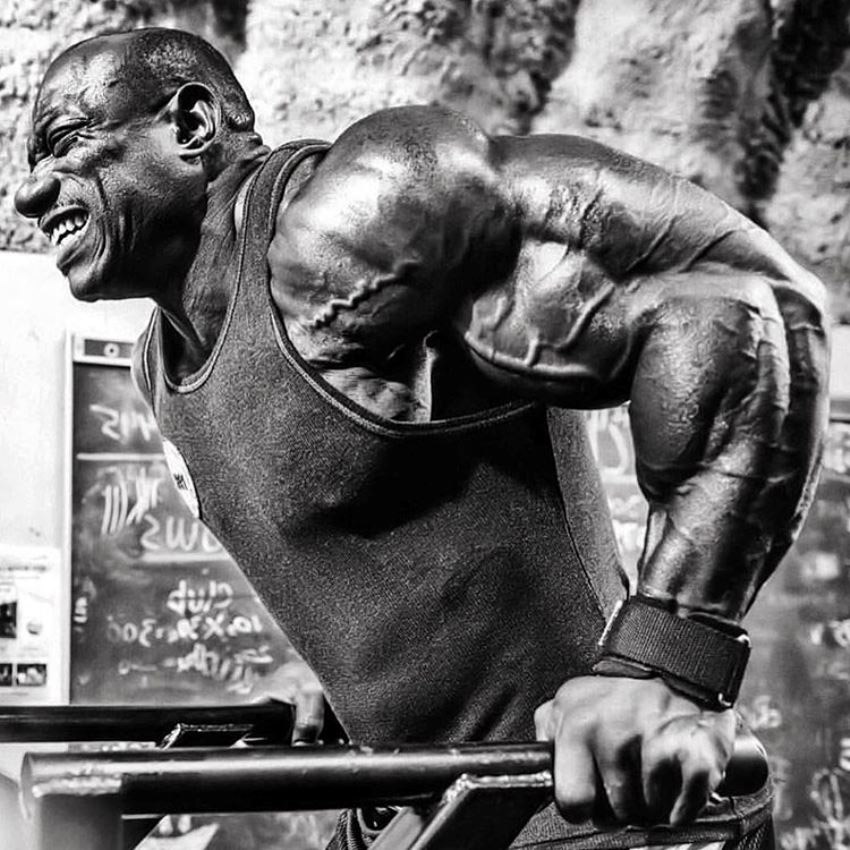 During his prime, Dexter often mentioned how he found inspiration and motivation in Flex Wheeler, a successful IFBB pro bodybuilder.

What we can learn from Dexter Jackson

During his 30-year long reign in the bodybuilding scene, Dexter proved that age is just a number and not an excuse to give up.

He is an example for everyone who wants to start achieving big goals, but thinks that age restricts them.

Therefore, keep pushing your limits, and one day, just like Dexter, you too could build your physique of greatness.

[…] his family influences, Quincy also takes inspiration from bodybuilding greats such as Dexter Jackson and Frank Zane. He sees their dedication and focus towards the sport as unrivaled – […]

“The Blade” is over 47yrs old, and still has a Top 7 Olympia physique each year…AMAZING.

[…] part of all workouts (barbell bench press, squats). He has shared his exact workout routine on the greatestphysiques.com […]