Devin Physique is a well-known fitness athlete who has an intriguing body transformation story. During his early years, Devin was extremely underweight, it was during this period Devin developed low self-esteem issues.

Coming into high school, Devin began using sports such as cross-country running as an outlet for his self-esteem problems. However, no matter how great his performances in these sports were, Devin still wasn’t happy with how he looked or felt.

The ‘tipping point’ in Devin’s life came one day when he was talking with his friend from high school. Devin asked the friend for her honest opinion about the way he looked. The friend responded to Devin that he looked ‘sickly and weak‘. Devin was absolutely shocked by the response, and from that point on, he set about improving his physique by lifting weights in the gym.

After three years of ups and downs on his journey, Devin was able to become strong, muscular, and ripped. Furthermore, he reached a large number of people on the web with pictures of his transformation, inspiring everyone with his story. By 2017, Devin established himself as one of the leading icons in the fitness industry. 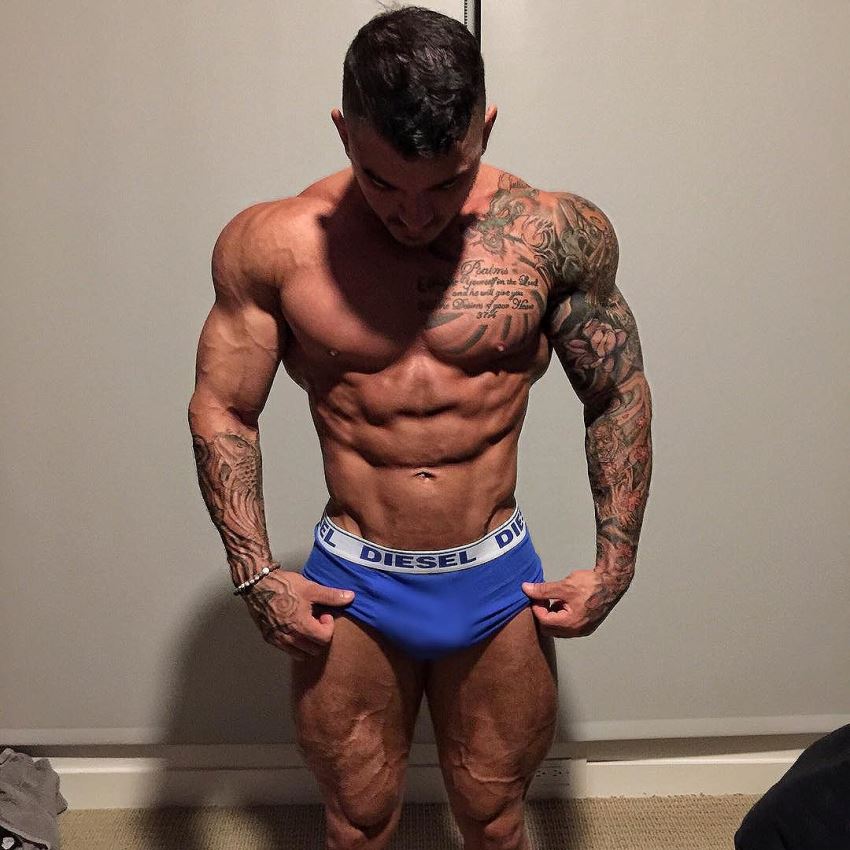 “The closer you get to your purpose, the more things that will come and try to throw you off…More nightmares come when you’re passionate about your dreams…Prepare to accept what you see.” 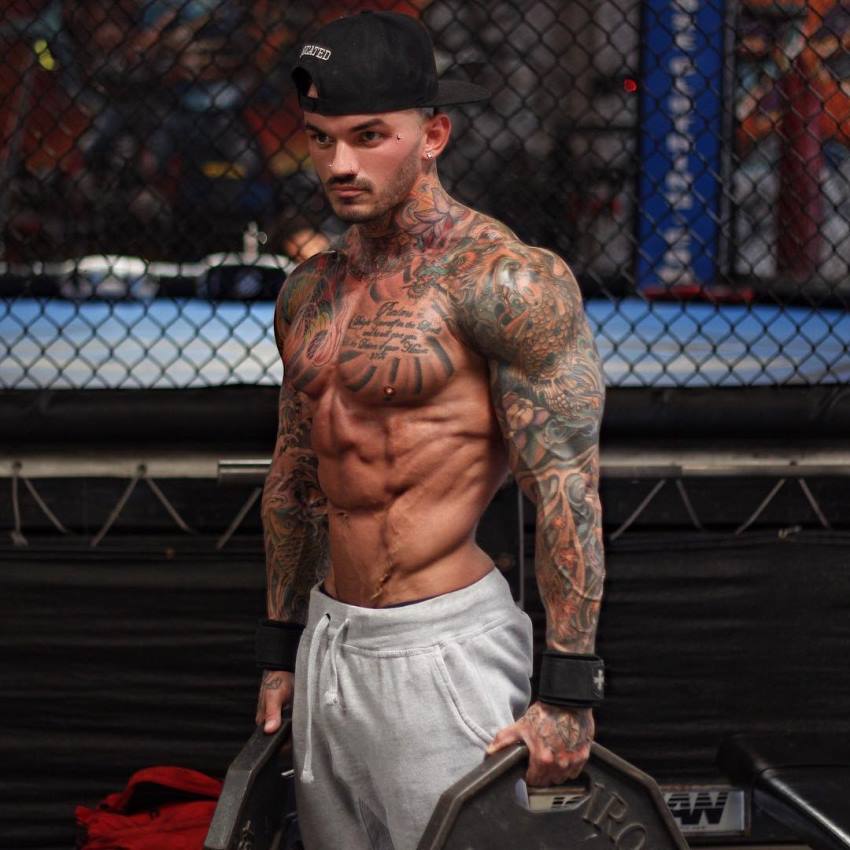 “You taking yourself seriously and committing to things at a higher level is going to piss people off. Not everyone will last the entire ride. Remember, people want to see you do well. They just don’t want you to do better than them.” 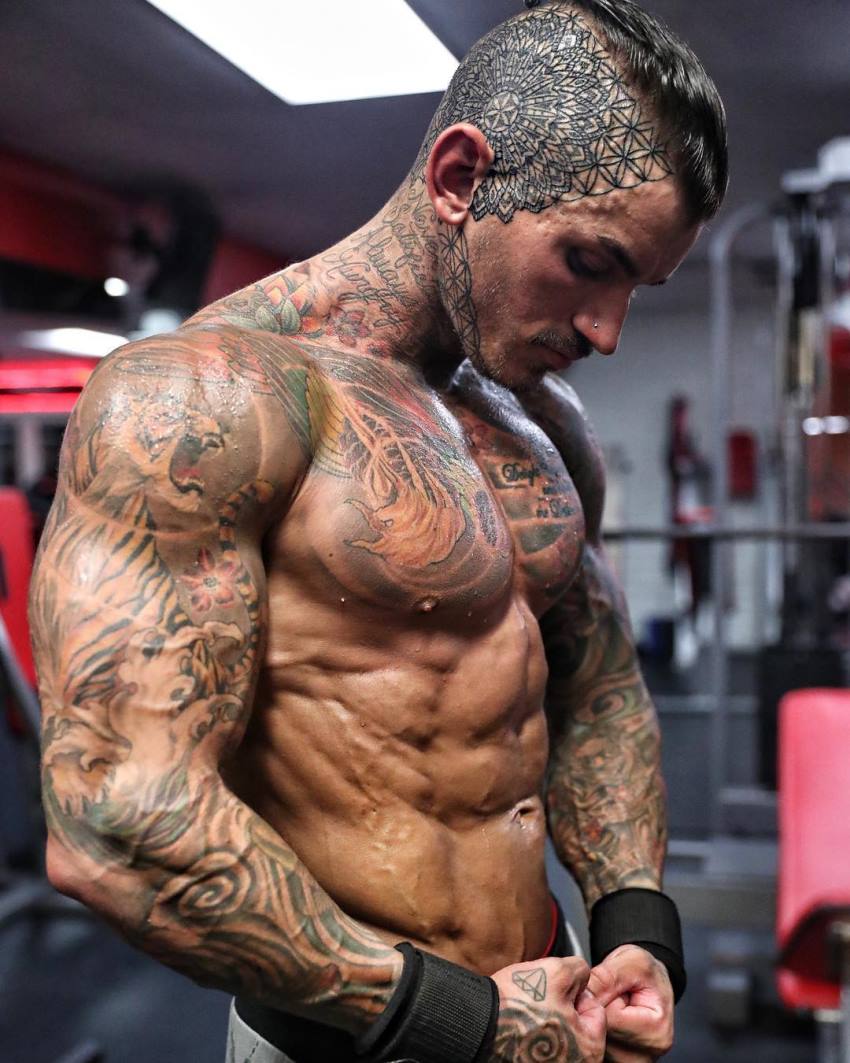 Devin Physique a.k.a Devin Zimmerman was born and raised in Chino Hills, California. In his youth, Devin was known as “the smallest kid in the class”, something that continued throughout high school. Because of this, Devin quickly developed self-esteem issues.

During high school, Devin ran track and cross country, using these sports as an outlet for his low self-confidence. Devin said; “People constantly questioned me. I was so little. I ran cross country and was about 115 pounds during high school. Entering the fitness center and lifting weights was the last thing on my mind, the gym daunted me.”

Then, one day, Devin was given a ‘wake-up call’ by his female friend. Devin asked his friend for an honest opinion about the way he looked. His friend responded with ‘brutal’ honesty – saying to Devin that he looked ‘sickly and skinny’.

Devin took the words of his friend extremely seriously, deciding that from that moment on to improve his physique. As Devin said; “Her brutally honest opinion of my appearance really changed my direction and basically forced me to get to the gym.” At the age of 19, weighing 118 lbs, Devin started his fitness transformation.

Changing His Life For the Better

During his time in college, Devin quit cross country running to focus on bodybuilding. After graduation, he moved back to Chino Hills where he began working two jobs.

Needless to say, working two jobs alongside other responsibilities made Devin’s bodybuilding journey difficult. However, Devin made no excuses. He said: “I always made time for working out no matter the number of responsibilities on my plate.” 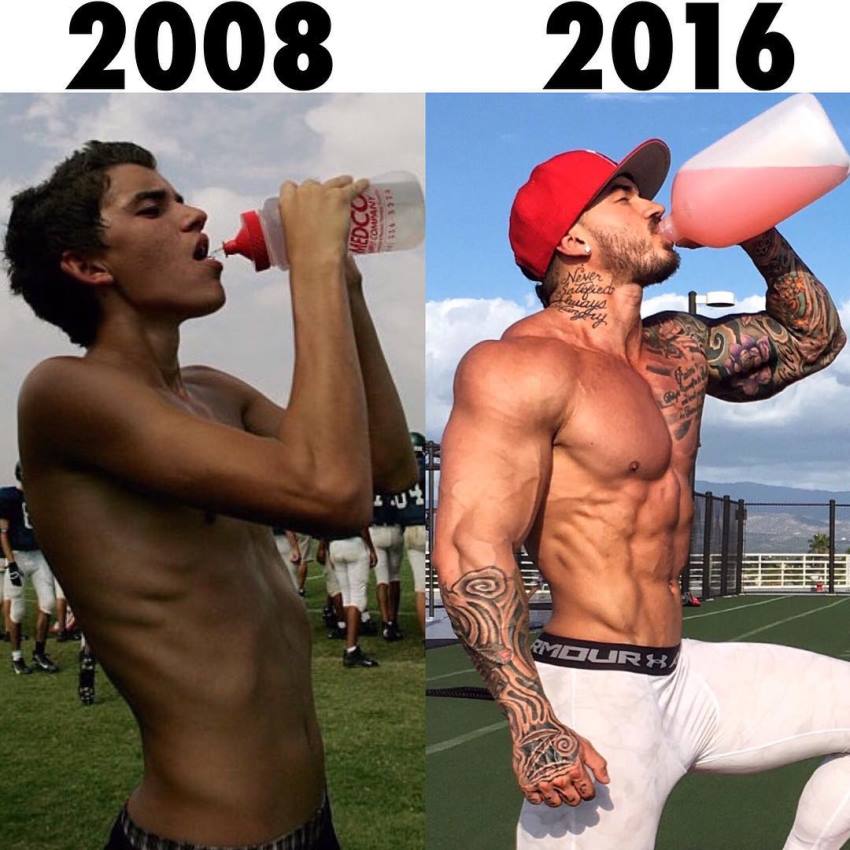 Devin Physique’s transformation: when he was a track athlete, and now.

Thanks to his perseverance, Devin quickly progressed in both his strength and size. However, there were more obstacles on his journey that he had to overcome.

During his time in Chino Hills, Devin lived around people who didn’t support his fitness goals. These very people often made negative comments against Devin, trying to bring him down. However, Devin brushed off every negative comment he received.

“It was tough to discover people who were genuinely supportive of my lifestyle change, but I remained concentrated nevertheless.”

Devin’s strong mindset, along with his determination to reach his fitness goals, eventually helped him to achieve his physique transformation, and much more.

By 2012, Devin opened his social media pages. He began uploading pictures of his progress on the internet, hoping to inspire people along the way.

What happened next was something that Devin didn’t expect – large amounts of people began commenting on his pictures, praising his progress. Moreover, Devin started gaining followers who sent him inspirational messages. Many people started thanking Devin for motivating them to start their own fitness transformation.

As a result, Devin soon established himself as a social media influence. By 2017, he reached an army of people with his fitness advice. He’s since continued to grow in success, recognition, and fame. 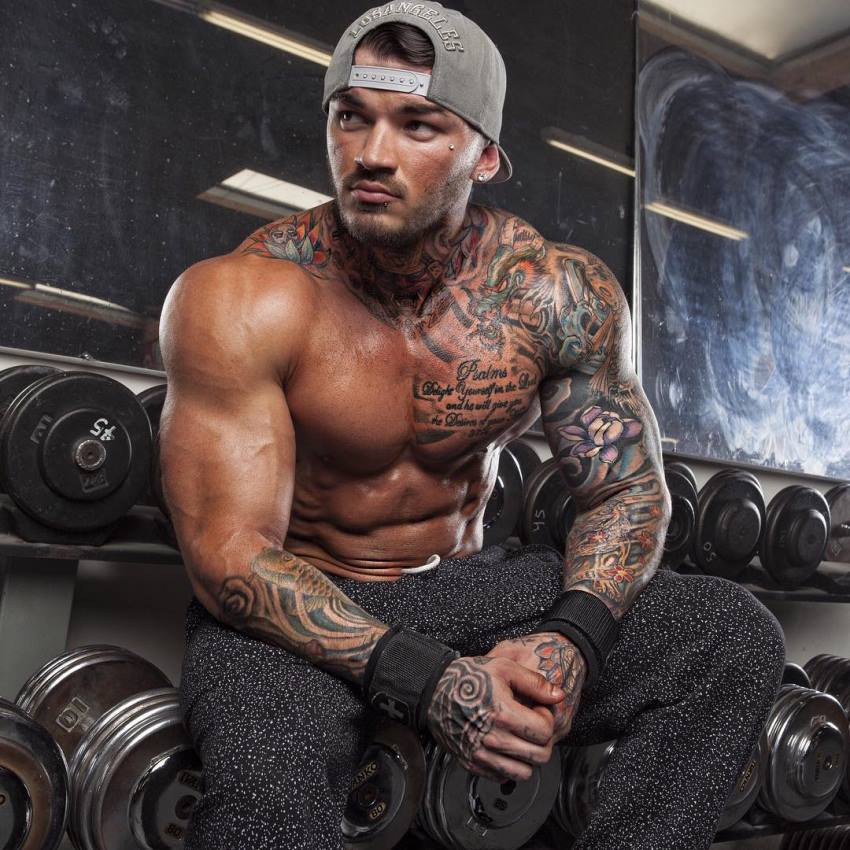 “We live in a world where the masses are so consumed by the life of mediocrity that they have lowered their expectations and belief in themselves. – Don’t let other people’s standards, beliefs, and limits become your own.

If the people around you do not want to step up their game then they have to go. Never lower your standards for those who don’t want to raise theirs.”

Devin’s workouts are long and intense. When he’s in the gym, there’s only one thing he’s concerned about – getting the most out of his workouts. As Devin says; “I zone out, I blast my music and just crush my workouts. I let my results speak for themselves.”

Thanks to his focus in the gym, Devin is able to maintain an aesthetic physique all year long. 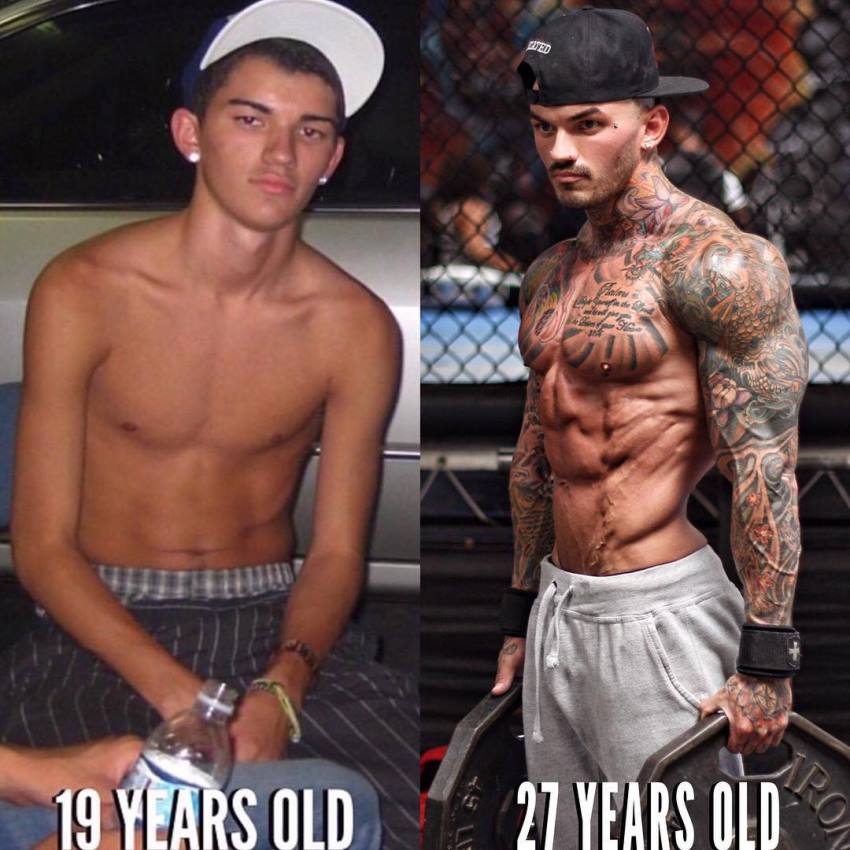 Devin eats clean foods consistently throughout the year. No matter how busy his life gets, he’ll always cook his own meals.

Even though Devin loves eating pizza, sushi, and other ‘cheat meals’, he becomes ill if he doesn’t eat healthily. Because of this, he choose his ‘treats‘ in moderation.

Ultimately, Devin says it all comes down to how hard he’s willing to work in the kitchen. In his words; “Bodies are built in the gym, but they are run on what goes on in your kitchen.” 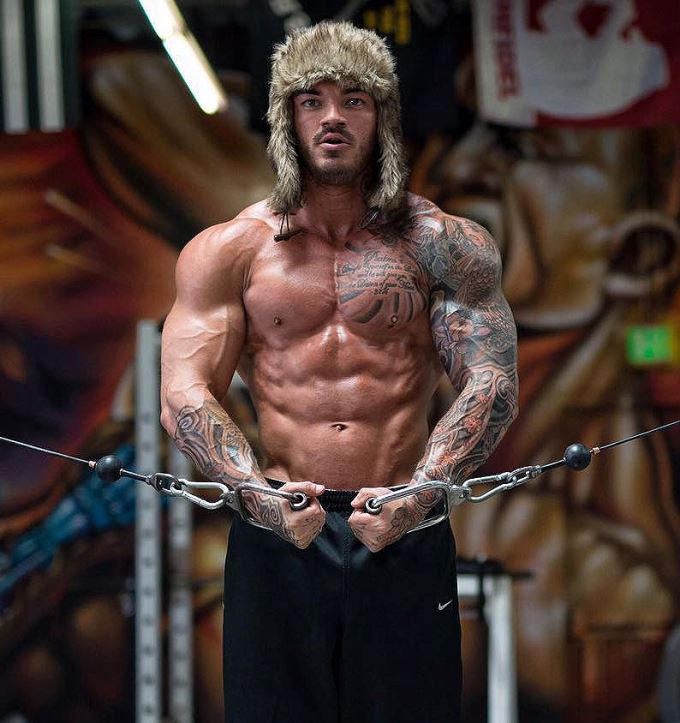 Devin’s favorite cheat meals are pizza with a lot of cheese, ketchup, and sushi. He’ll have two or three ‘cheat meals’ per week in total. As Devin says, he never ‘cheats’ an entire day.

If he feels up for it, Devin will sometimes eat an entire pizza. He says, while this isn’t the healthiest thing to do, it can help him ‘mentally,’ as Devin said; “I need that pizza mentally so I don’t go crazy on all this ground chicken and turkey I eat 24/7.”

Devin’s best advice for avoiding overeating on cheat meals is to never put unhealthy foods in the kitchen. In Devin’s words; “A big thing is what you have in your kitchen, if you have cookies, candy, and pizza in your kitchen you’re gonna eat it, so I just don’t buy it.” 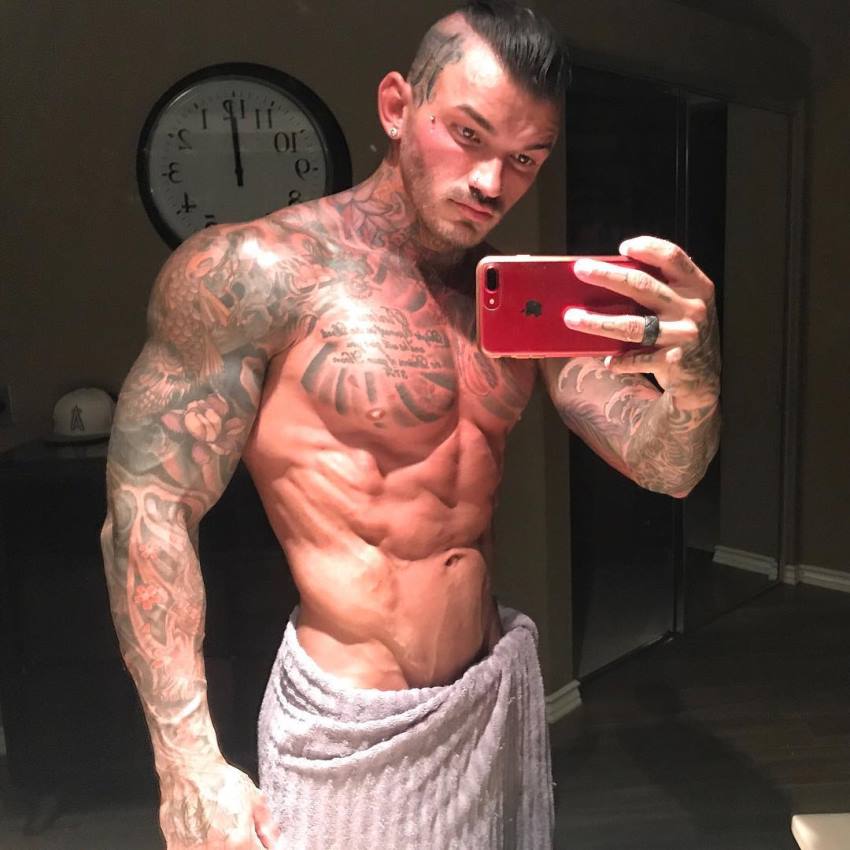 If Devin could only choose one supplement, it would be a multivitamin. He believes that multivitamin helps maintain a strong immune system by covering his daily micronutrient requirements.

Devin said; “It’s so easy to get sick these days with so many germs and stuff, it’s important to stay healthy and take the necessary precautions when building the body you want.

The last thing you need is to get extremely sick and be out of the gym for 2-3 weeks and lose all of your progress. Health is the single most important thing on my priority list.” – Devin Physique 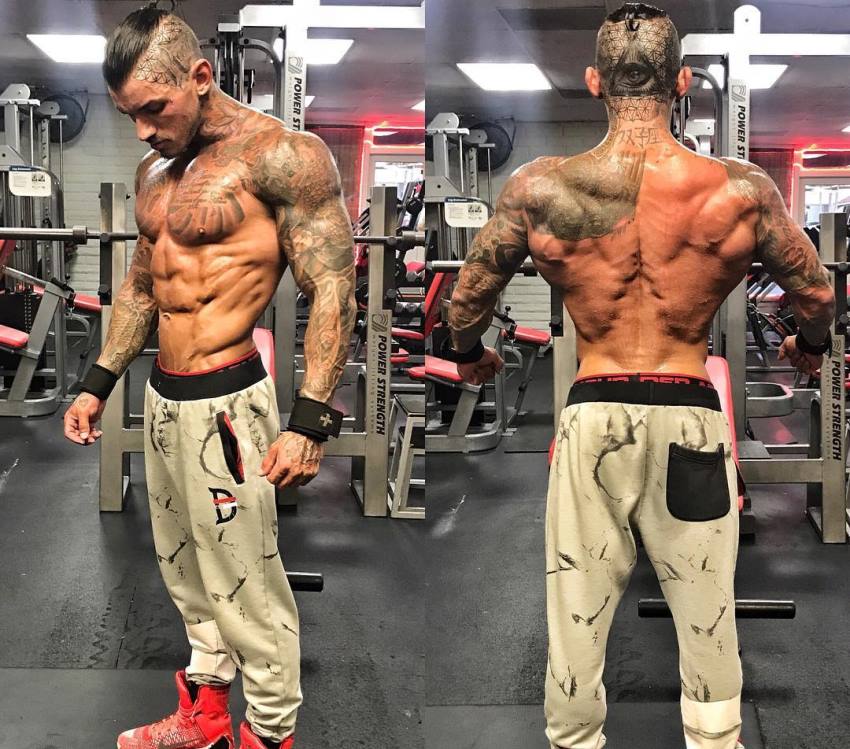 Devin has met many people who inspired him on his fitness journey. That said, his mother is the one person that stands out from the rest.

As Devin said, his mother raised him and his two sisters on her own. Seeing his mother put in so much work and effort to keep a family together inspired Devin to become the best person he can.

Moreover, Devin’s mother came to every single fitness event Devin attended – fully supporting his decisions, be it in fitness or anything else.

Here’s Devin talking more about his mother;“Seeing her put in the work just to put food on the table and a roof over our heads was inspiring. She’s just a tremendous woman and I get a lot of my inspiration and motivation from her because I want to give back to her for all of the work she put in raising me over the years.” – Devin Physique 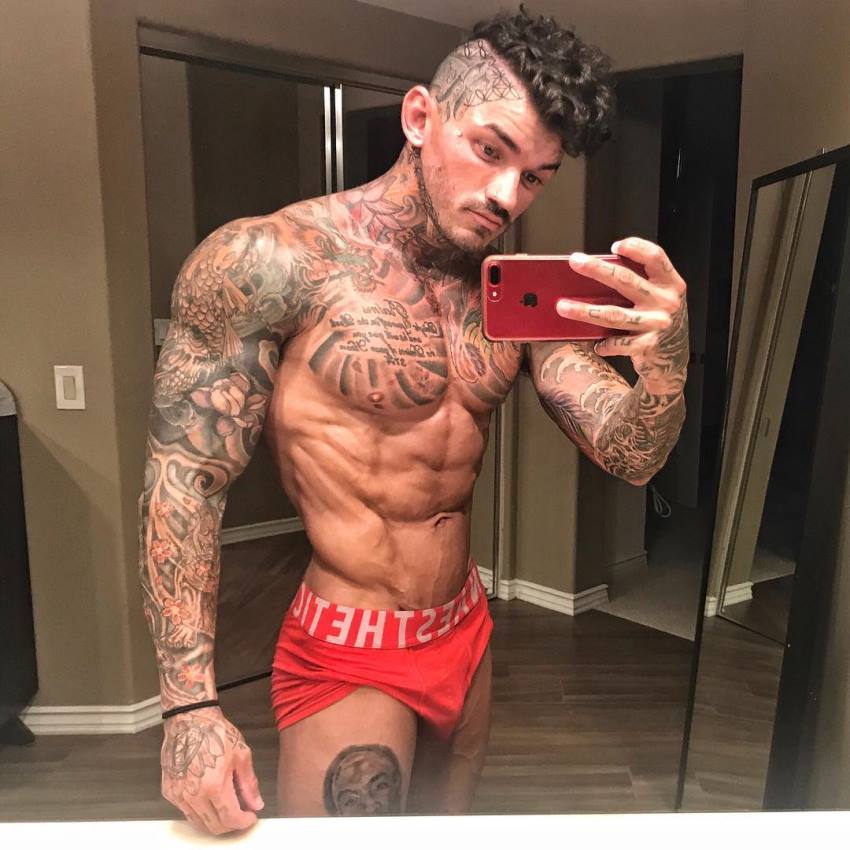 “There’s a story behind every single person. There’s a reason why they’re the way they are. Before you judge another person, think about the unknown, and think about how much others have struggled just like you.”

What we can learn from Devin Physique

Devin Physique was a slim child growing up. Because of his ‘skinny’ looks, he didn’t get the respect he wanted as a youngster. But one day, this all changed.

Beginning his fitness journey at the age of 19, Devin’s skinny physique soon became only a ‘distant memory.’ After years of weightlifting, Devin built a ripped physique, establishing himself as a household name in the fitness industry along the path.

What his story tells us, is that with the right mindset, anything is possible. You only need to believe in yourself and take the right course of action. If you can do this, then there’s nothing stopping you from reaching your ultimate destination in life – just like Devin Physique did.

Lol..this guy may train & good on him but at least tell the truth, he’s 5’3″ at best & pumped himself full of steroids….oh yeah USA, USA USA!

Lol..this guy may train & good on him but at least tell the truth, he’s 5’3″ at best & pumped himself full of steroids….oh yeah USA, USA USA!