Derek Lunsford, a.k.a. MrUsa2017, established a passion for fitness at an early age. Ever since he was a young boy, he thrived in a competitive environment – making a name for himself as a formidable wrestler and soccer player throughout his time in high school.

However, Derek’s fitness journey took a different direction upon leaving high school. During his time at college, wrestling wasn’t a sport that was on the agenda where Derek studied. Despite this, Derek was determined to continue his desire for an active lifestyle. It was at this point, he discovered weight training.

At first, Derek failed to make progress, but that all changed when he met his personal trainer James Brown, who began to guide Derek on the right path. Shortly after this, Derek came across bodybuilding icons such as Jay Cutler and Phil Heath. Inspired by their incredible physiques, Derek was determined to build one of his own – just like his idols.

Due to his strength and determination, he’s earned success on the bodybuilding stage – building a phenomenal physique in the process. By 2017, he reached his peak – earning his IFBB Pro Card in the NPC USA Championships – offering him the chance to reach new heights in his bodybuilding career.

This is Derek’s story. 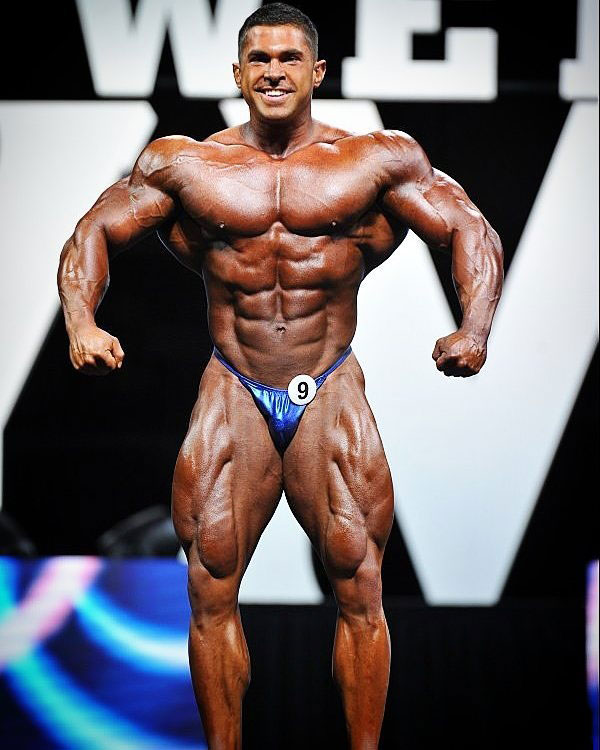 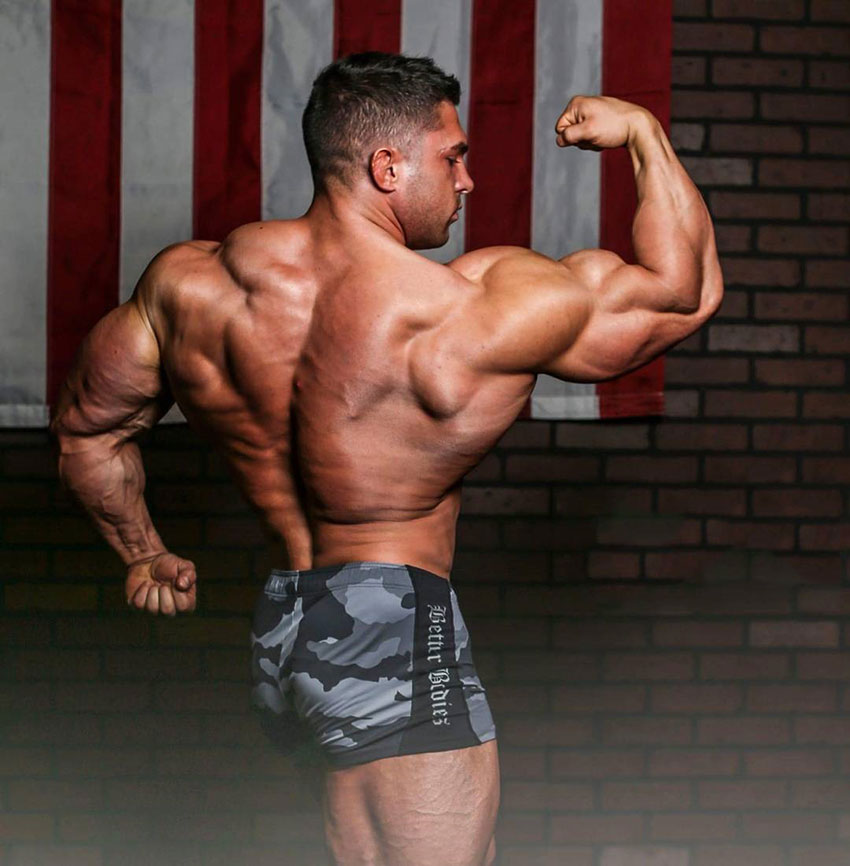 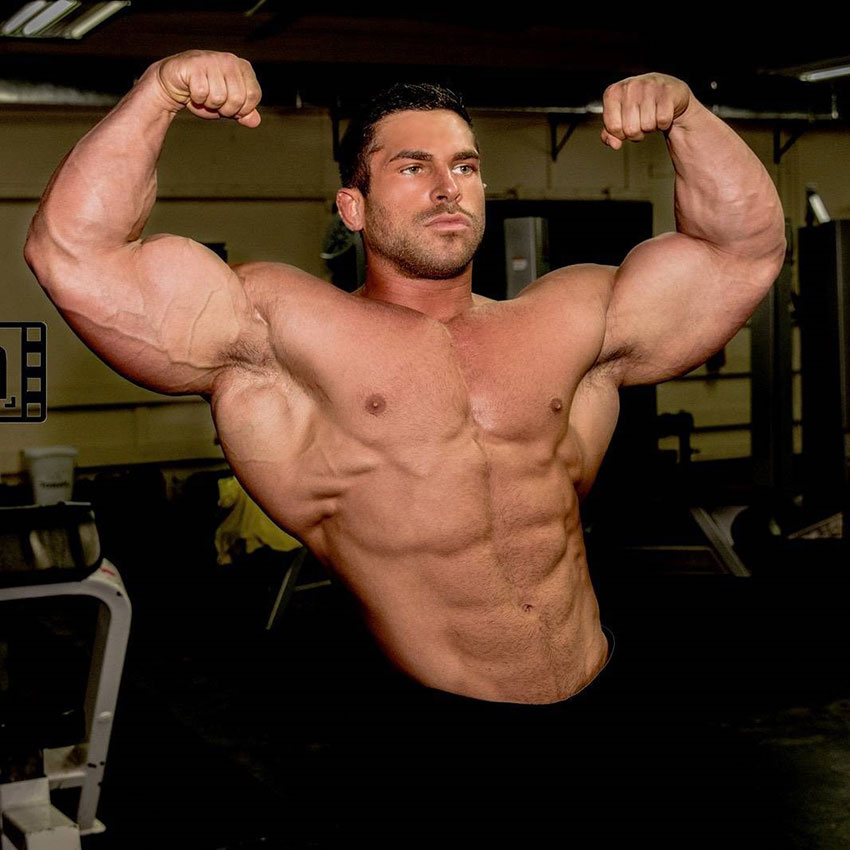 Born and raised in Petersburg, Indiana, Derek Lunsford formed the foundation for an active lifestyle throughout his youth. As a child, Derek had an athletic background, where he regularly took part in competitive sports such as wrestling and soccer during his days in high school.

However, Derek waved goodbye to his days taking part in wrestling, as the college he chose to attend didn’t offer the sport. As a result of this, his journey in fitness began to take a different direction. It was at this point, Derek turned his attention to the weights room instead.

Throughout his days in college, Derek began training in the gym on a regular basis, aiming to build upon the strength and endurance he earned as a wrestler. However, he initially failed to make progress in his quest to build lean muscle. This was all down to a lack of guidance with his training, along with a poor knowledge of nutrition.

But then one day, that all began to change. This is when Derek met his personal trainer James Brown, who taught Derek everything he needed to know in order to reach his fitness goals. From then on, Derek’s new found fitness knowledge saw him make progress at a fast pace.

Derek’s hard work and consistency when training in the gym allowed him to make considerable progress in a matter of months. In the process, Derek started to build upon the athletic physique he earned by taking part in wrestling.

However, Derek’s passion for bodybuilding was taken a step further when he watched a motivational YouTube video about bodybuilders. Inspired by the incredible physiques of big-name bodybuilders such as Phil Heath and Jay Cutler, Derek set out to earn a great physique – just like his bodybuilding idols.

After quickly progressing in the weights room, Derek came to the realization that he wanted to follow in the footsteps of his fitness icons. From then on, Derek set his sights on reaching the bodybuilding stage. 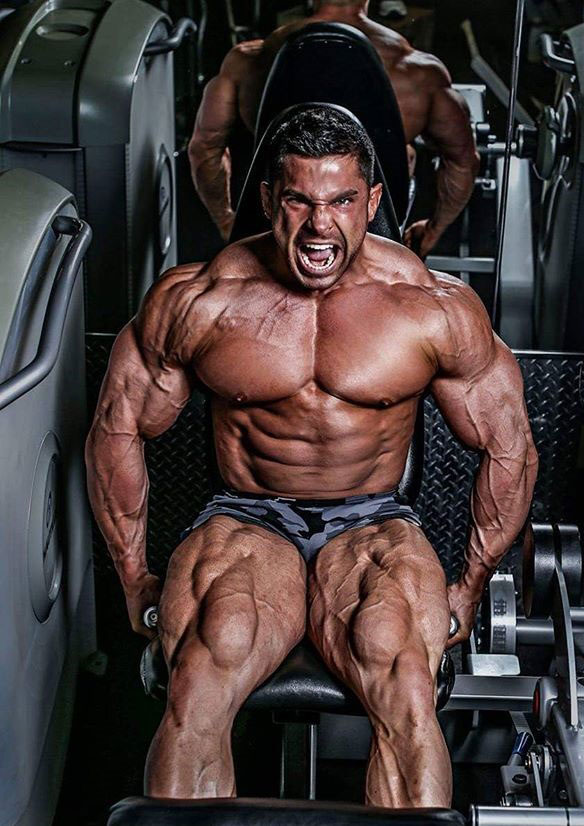 Competing as a Bodybuilder

Appearing in the 2015 NPC Junior Nationals in the Men’s Welterweight category, Derek stormed to 1st place – proving that he had enormous potential on the bodybuilding stage.

Derek was amazed by just how far his fitness journey was able to come in such a short space of time. After earning his IFBB Pro Card, Derek truly made a name for himself as a bodybuilder.

As a result of his success in his competitive bodybuilding career, fitness companies began to take notice. Soon enough, Derek became a sponsored athlete. This offered him the platform to excel further in his fitness career.

Furthermore, Derek ensures that his motivation remains high in order to build upon his excellent performances in his bodybuilding career. At the same time, he aims to positively influence others to achieve the same level of success as him, stating the following:

“My long term goal is to be at the top of the bodybuilding industry! I am striving to be the same kind of role model for other young competitors as those I had”. 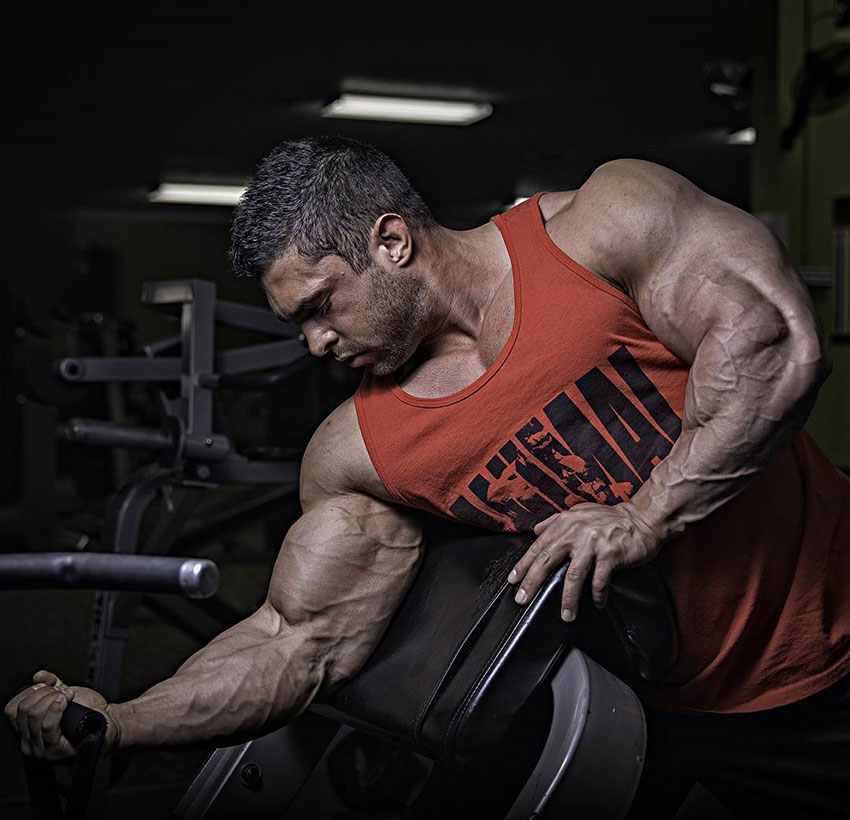 Derek begins all of his workouts by performing isolation movements such as bicep curls or chest flyes. He performs a high amount of repetitions using a low weight, typically 2-4 sets of at least 15 reps. This allows his muscles to warm up in preparation for heavy lifts.

Because of his approach to warming up, Derek is able to avoid injuries that happen often in the weights room due to failing to warm the muscles up properly.

After Derek has completed his isolation sets, he performs compound lifts such as squats, deadlifts, along with the bench press. When performing these exercises, he uses a heavy weight with a low repetition range, allowing him to feel maximum muscle contraction with every repetition.

However, Derek emphasizes the importance of correct form, as opposed to lifting weights that are too heavy for him. He states the following in regard to this:

“Never sacrifice form for weight. That’s the difference between the bodybuilder who keeps going for years, and the one who bounces from injury to injury”.

Derek utilizes supersets and dropsets often during his workouts. By performing exercises close together, Derek is able to continually build lean muscle mass. In addition, performing dropsets allows Derek to perform his lifts until his muscles are completely fatigued. 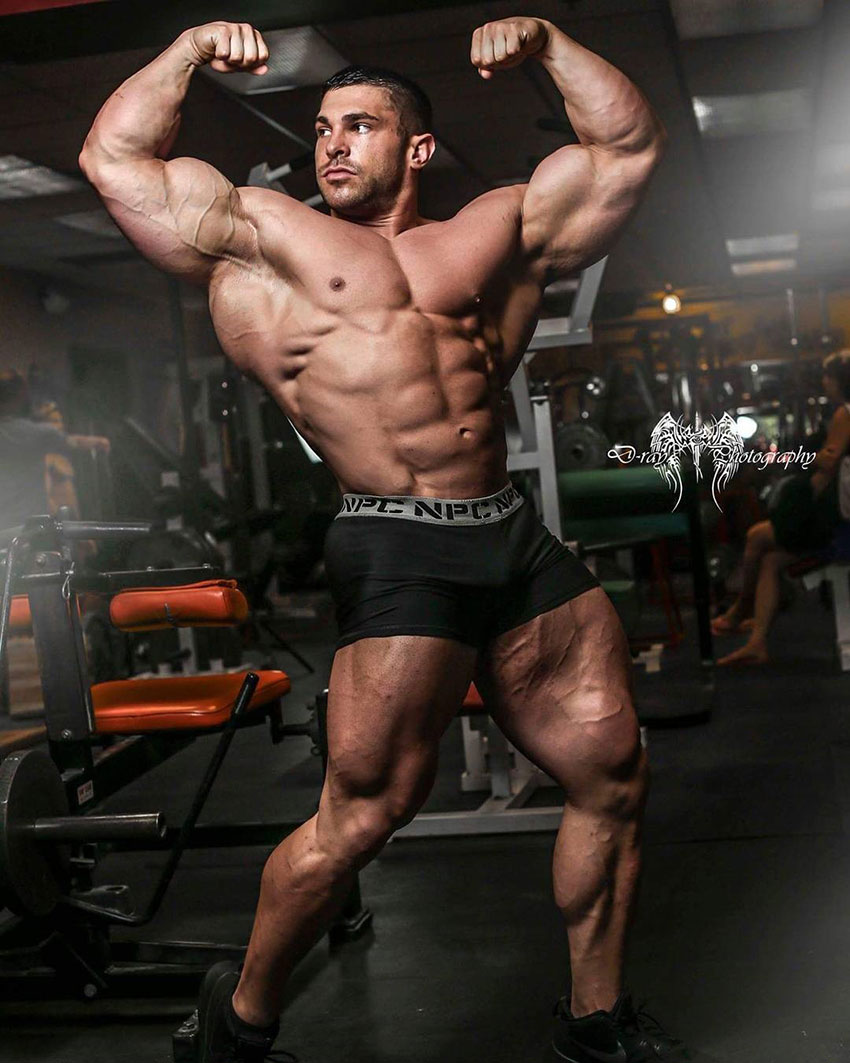 Derek follows an eating plan in which he eats every 2-3 hours, aiming to get 50-60 g of protein in every meal. After switching up his diet plan numerous times, Derek found this as the method of nutrition that worked best for him as he aimed to reach all of his fitness goals.

Additionally, Derek ensures that his daily macronutrient needs are met. This allows him to recover quickly from his intense workouts, alongside aiding the muscle building process. Some of the foods that Derek eats regularly as part of his diet are listed below: 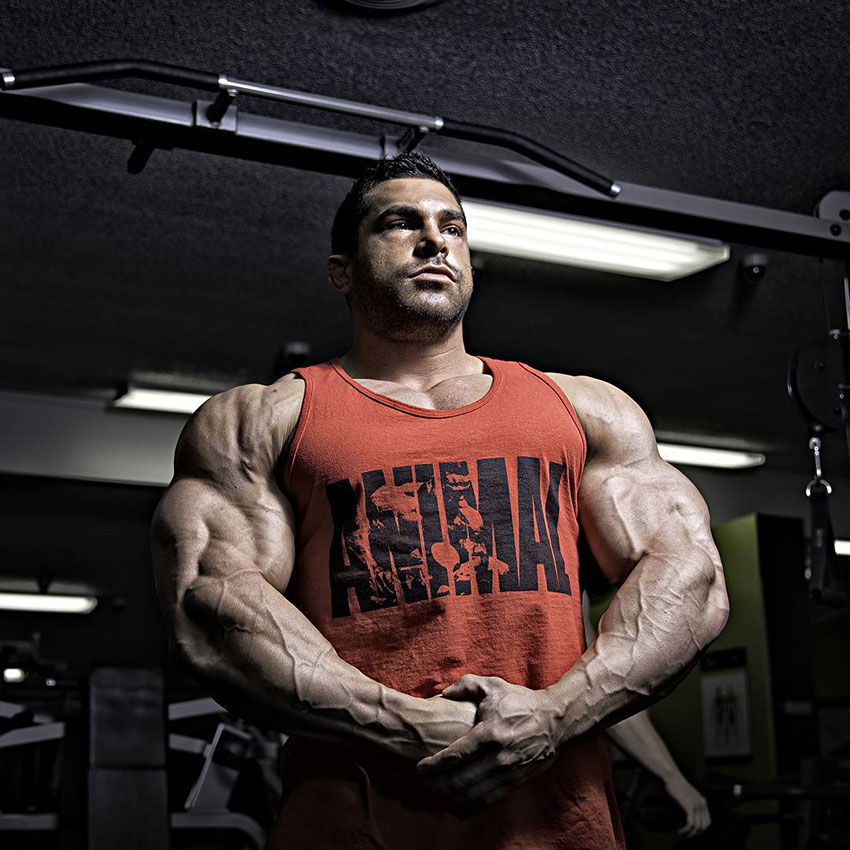 Derek’s early progression in his bodybuilding career is down to the influence from his personal trainer James Brown. With James’ guidance and advice, Derek began to make substantial progress in the weights room, building a great physique in the process.

In addition, Jay Cutler, Phil Heath and Jose Raymond are the bodybuilding icons that Derek admires greatly. Because of their incredible physiques and achievements on the bodybuilding stage, Derek aims to reach the same level of success in his own career.

However, Derek is also inspired by those who have achieved success in their careers outside of bodybuilding. In regard to this, Derek stated:

“I’ve always just looked up to successful people in general from all walks of life, not just bodybuilding. People who have worked hard to get their names in the spotlight inspire me to do the same”. 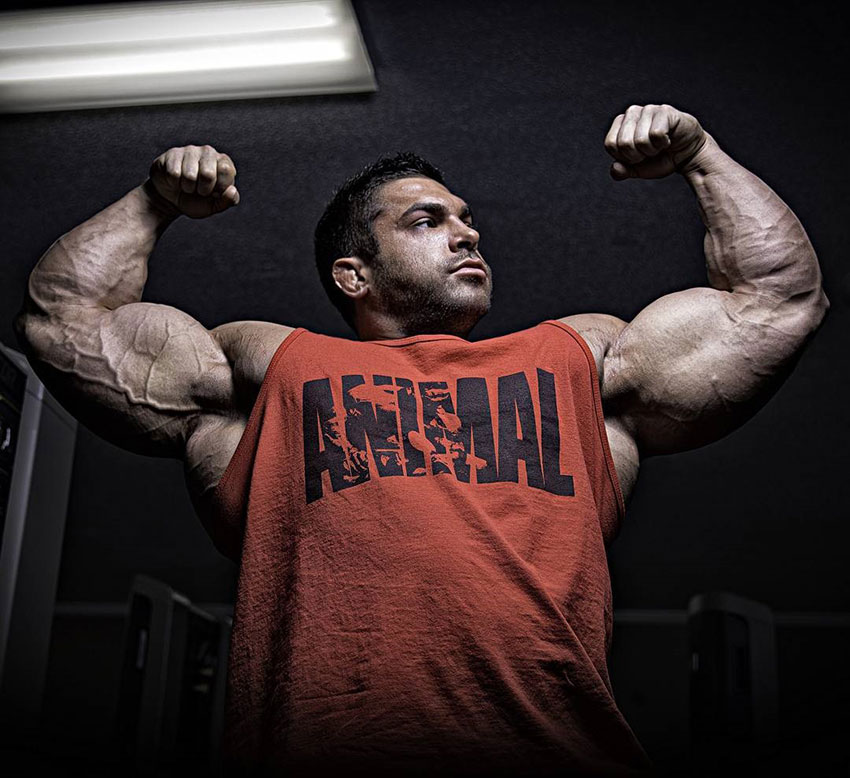 What we can learn from Derek Lunsford

Derek Lunsford started off his fitness journey by taking part in wrestling and playing soccer throughout high school. However, when he started college, he came to the realization that bodybuilding was his true calling.

Ever since then, he’s gone from strength to strength in his fitness journey to make a name for himself on the bodybuilding stage. In the process, he’s built an incredible physique by working hard when training in the gym.

If there’s one thing that Derek has taught us, it’s that consistency is key when aiming to build a great physique. By following an approach to fitness similar to Derek, you too have the potential to reach all of your fitness goals – just like him.

Gotta say, Derek, you epitomize size, symmetry, definition, and overall muscularity. Amazing body, with unbelievable V-shape, shoulder width, and all the good genes to make it all stand out.