From skinny high school student to staff Sargent in the military, Colin has been through a lot. He was hit by a rocket blast and honorably discharged from his service in Afghanistan.

But he didn’t let that stop him. After recovering from his injuries, Colin became an international fitness model and has inspired millions of fans to lead a healthy lifestyle. 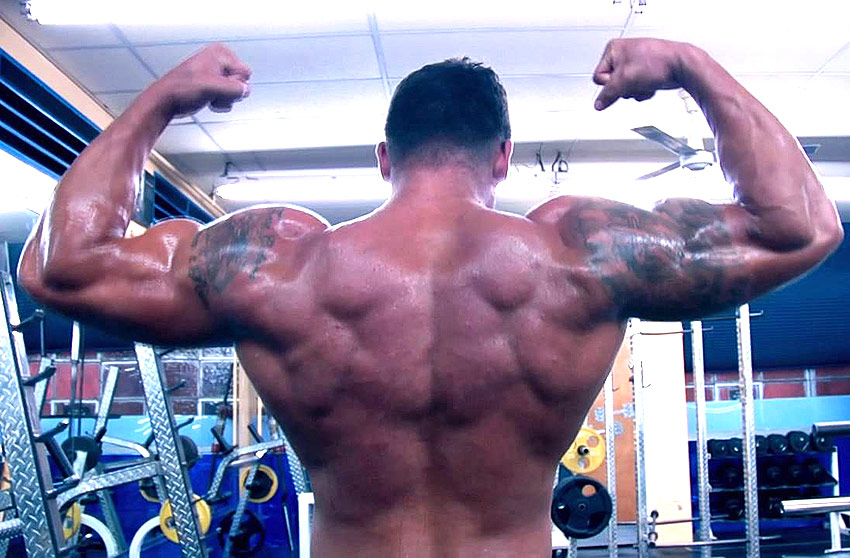 “It’s motivating to see your body constantly getting better.” 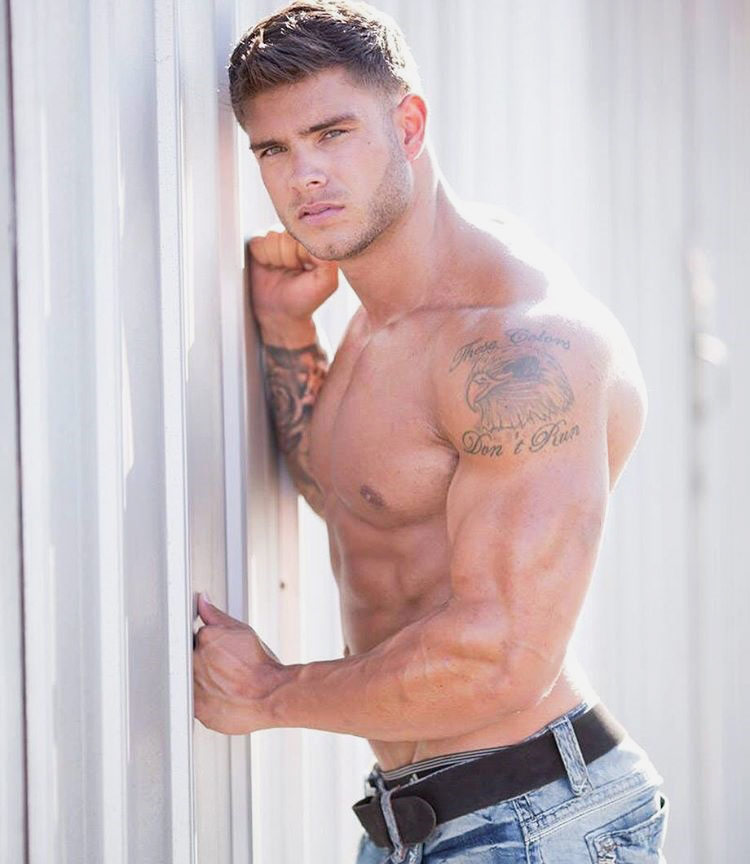 “To me fitness isn’t just a trend, fad, or just a thing for the summer; it’s a one hundred percent of every single day lifestyle.” 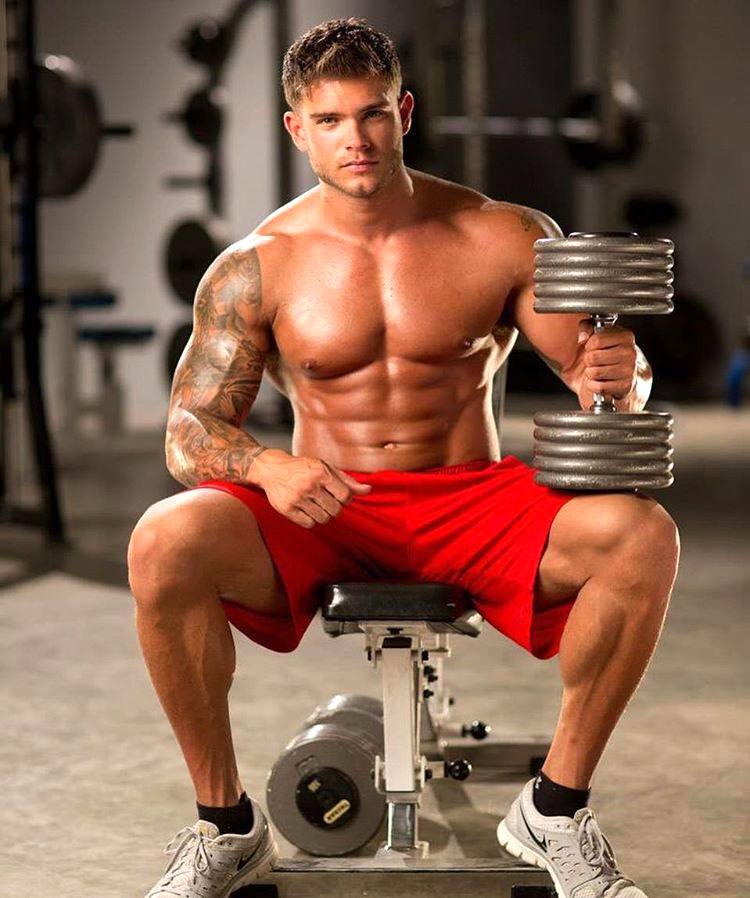 “I was always small framed growing up, I joined the military 2006 and was 145 lbs soaking wet.”

However, although he was athletic, Colin was a small child – this was what motivated him to get fitter and stronger in the gym.

After graduating from high school in 2006, at the age of 17, Colin decided to enlist in the Alabama Army National Guard. It wasn’t long until he began his military training.

He spent the next 22 weeks completing his basic training, successfully becoming a solider in the U.S army. At the age of 19, in 2008, he was deployed to Cairo (Egypt) to participate in military activity.

After seeing his fitness levels rise in the army, Colin decided to begin lifting weights in the gym in 2009. At the age of 20, he’d embarked on his fitness journey. 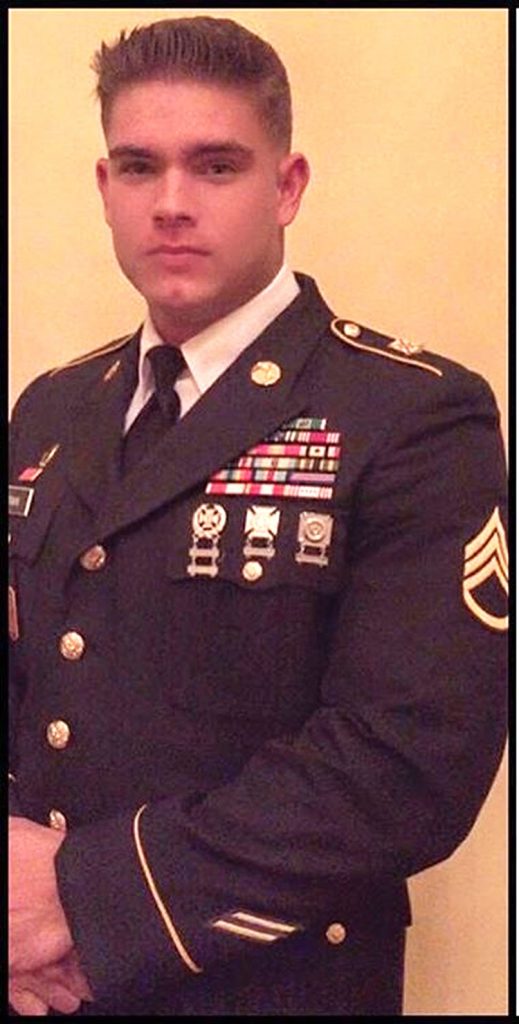 Colin in his military uniform.

Honourable Discharge From the Military

That same year (2009), Colin was deployed to Iraq where he spent 3 years fighting for his country. In 2012, at 23-years-old, he was sent to Afghanistan and promoted to the rank of Staff Sergeant.

However, he was hit by shrapnel from a rocket blast during his time in Afghanistan, and was rushed to hospital. A week later, Colin received news that he would be sent back to America, and was honorably discharged from military service. 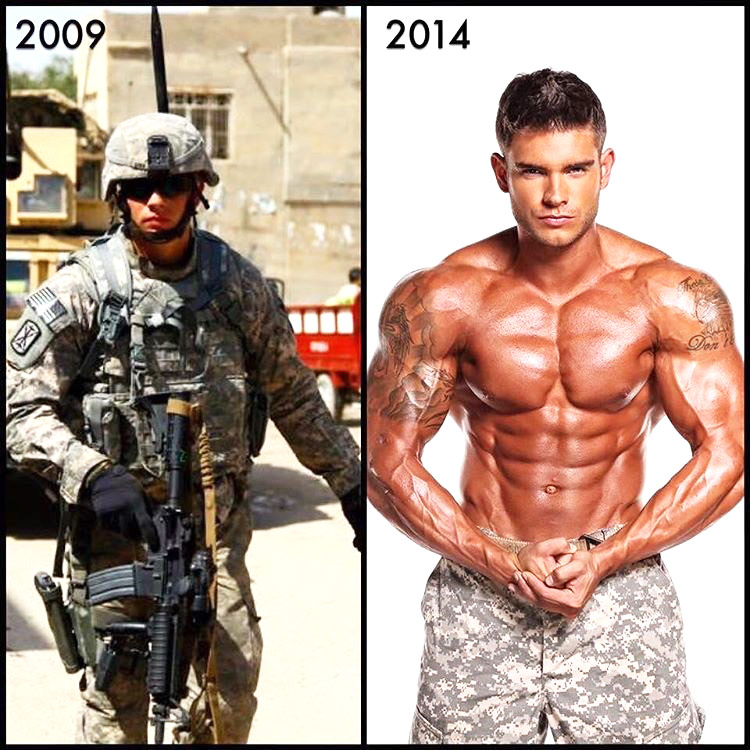 “It’s not easy to make Staff Sergeant PERIOD, much less in 6 years at 23 years old.”

During his 6 years in the army, Colin had fallen in love with fitness. He’d lifted weights in his spare time, aiming to reach the same size as the bigger soldiers in Afghanistan.

It was this passion that led him to pursue a career as a fitness model in 2012. Colin didn’t waste any time – he approached numerous magazines, launching various social media profiles after recovering from his injuries and returning to the gym.

Over the next 4 years, he worked rigorously to develop his physique and find success as a model. Eventually, his hard work paid off. 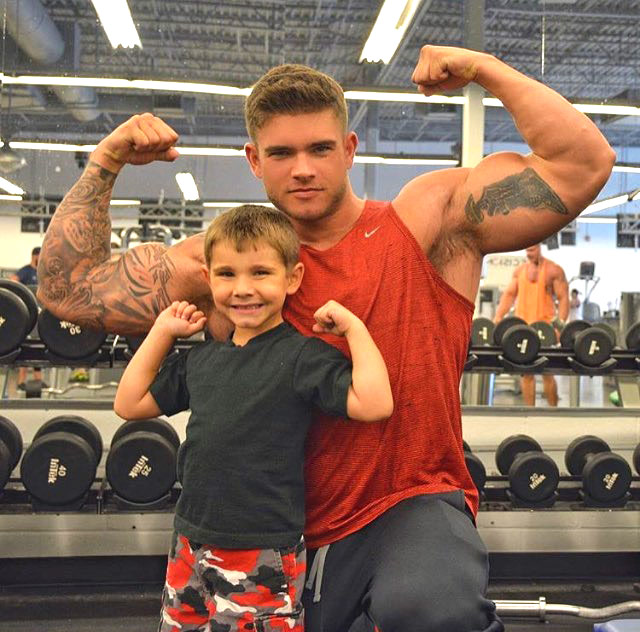 Colin posing with his son, in the gym.

By 2016, Colin had become recognized for his shredded figure, after featuring on the covers of international fitness magazines.

It was this exposure that resulted in gaining millions of fans online – he began inspiring fans around the world to lead a healthy lifestyle and realize their dreams.

By 27-years-old, Colin had become a social media sensation and fitness icon. 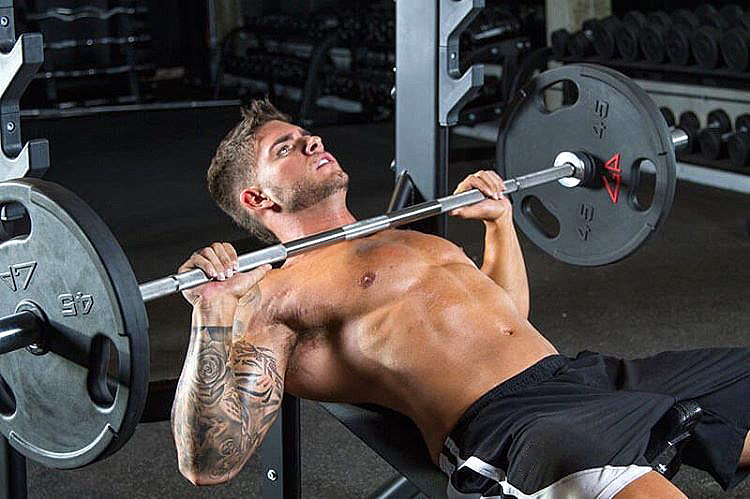 “I go in the gym with a game plan. I try to move the most amount of weight as possible – but that’s based on specific rep ranges and which training styles I intend on using that day.”

Colin enjoys training in the gym, 6 days per week and taking one day off – to allow his body to rest and develop on Sundays.

He works multiple muscle groups every session – apart from when he trains chest and back.

Here are the three exercises that Colin believes is vital to muscular development: 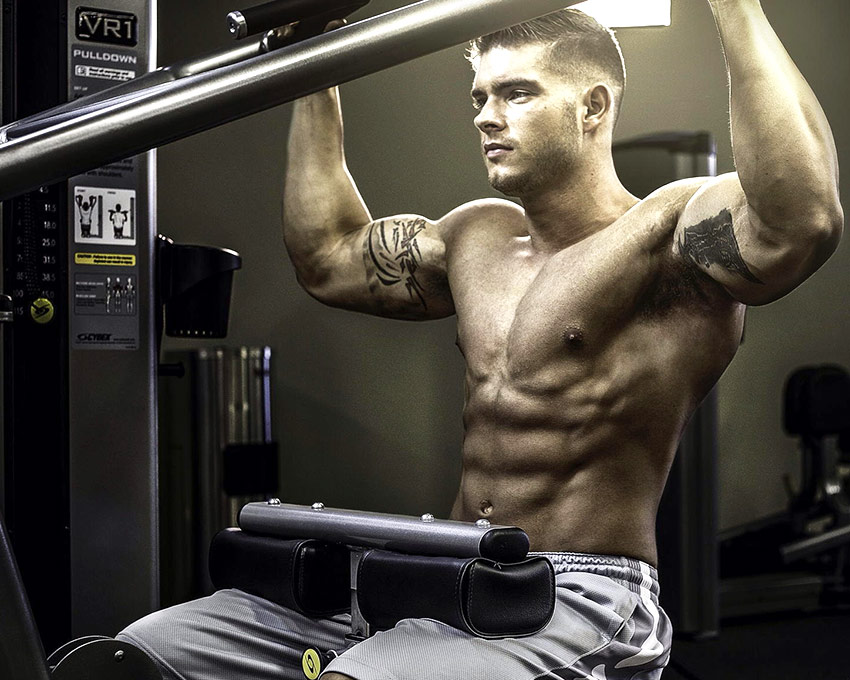 “Diet is so much more than just less than appealing food. It is the fuel that gets you through your day and powers you through your workouts to be in the most efficient mode for whatever goal one may be trying to achieve.”

Colin knows the importance of nutrition and follows a strict diet all-year-round. He doesn’t believe in cheat meals, stating that they make him feel sluggish and sick, especially after eating healthy for a long time.

His favorite meal is chicken with asparagus and almonds – he feels that his body responds the best, to low-carb diets. 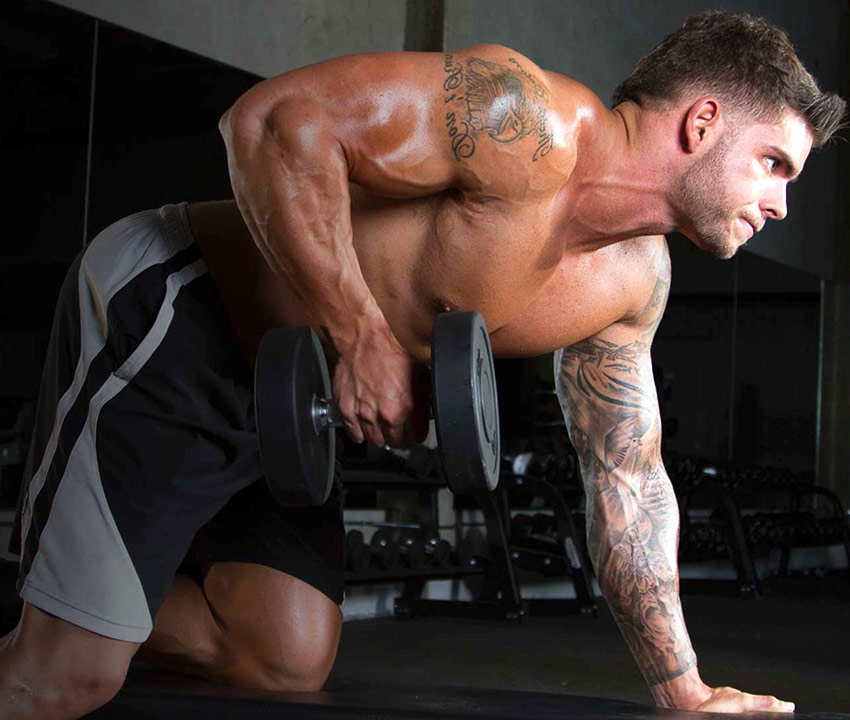 “When I was deployed in Iraq we had a bodybuilding competition that I competed in. Sgt. Mark King was a bodybuilder who won Mr. NY and he was very influential.”

Ultimately, it was Colin that decided to make a change and lead a healthy lifestyle – but he credits a Sargent during his time in the army, as a key influence.

He also appreciates the support from his fans, getting his motivation and desire to succeed through them. 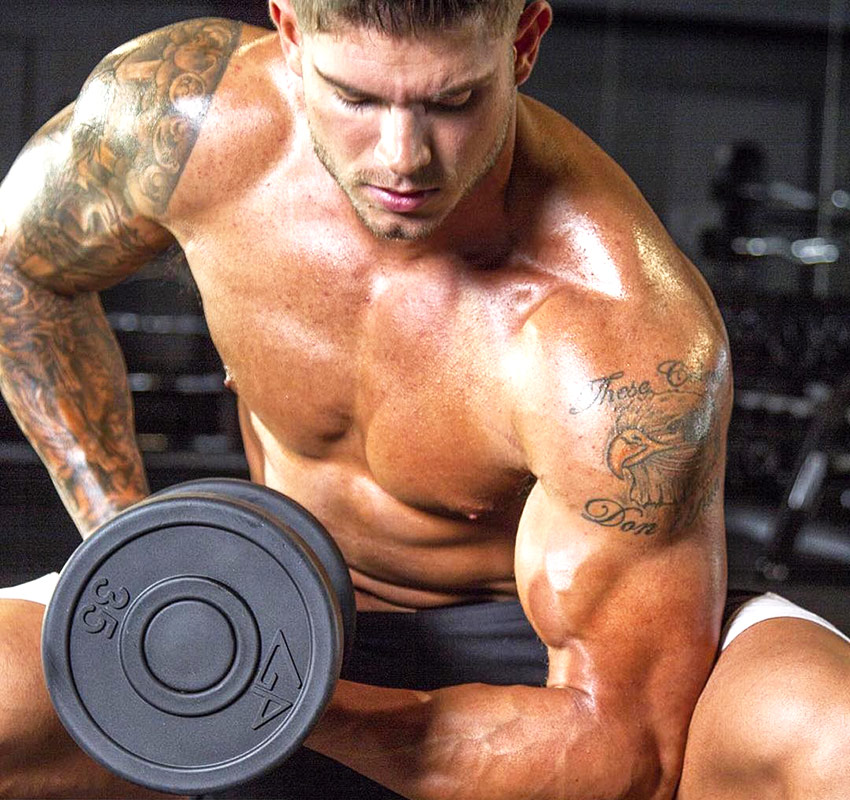 “If you are open and kind to others you will go much further than you probably expected. I have picked up some invaluable tips and advice along the way.”

What we can learn from Colin Wayne

Colin doesn’t waste time – instead, he actively pursues his goals, which led to him becoming a staff Sargent at 26-years-old, and eventually an international fitness model.

You should always keep your ambitions high, and do your best to realize your dreams.

In spite of all the haters who speak ill of Colin, he is still one of the hottest men on this planet! I would like to believe he did not give up on fitness to run Redline.
By the way, yes sometimes it takes a while to get your order–but it will come if you follow up with the company

Although he’s very hot and I fancied the pants off him when he was ‘supposedly’ messaging me on Instagram, either he or someone else posing as him is committing fraud in order to meet and fool women, me being one of them! I would like him to know that if it is him doing this terrible thing, then he should stop this as it will eventually come back on him and all that he has accomplished in life will be his downfall. Plus, if his wife finds out I don’t think she will be very happy! If, however, he hasn’t been doing this then he needs to be vigilant as there is someone out there using his pictures, video’s (his son being in some of these) and information in order to chat to women and fool them into thinking they are talking to him! This person is also giving a sob story that his son’s name is Jeff, he is 6 years old and his teacher looks after him while he is serving out in Afghanistan!