Branden Ray is an IFBB professional bodybuilder from Brooklyn, New York. He’s a well-respected athlete, who aims to help as many up-and-coming bodybuilders as he can.

Growing up, Branden was always very active; knowing from an early age that he had the foundations for a great physique. After years of training and experimenting with different lifts, he decided that he would try and carve out a career in the fitness world.

He won his first NPC show, the 2006 Tournament of Champions, as a Middle-weight. After a few near-misses, he turned Pro as a Light Heavy-weight at the 2010 NPC nationals – starting what would be a successful professional career.

While Branden has always aimed to be the best, he says that his underlying motivation has been to help others. He says that he wants to be the pro who has motivated or inspired everyone who crosses his path. 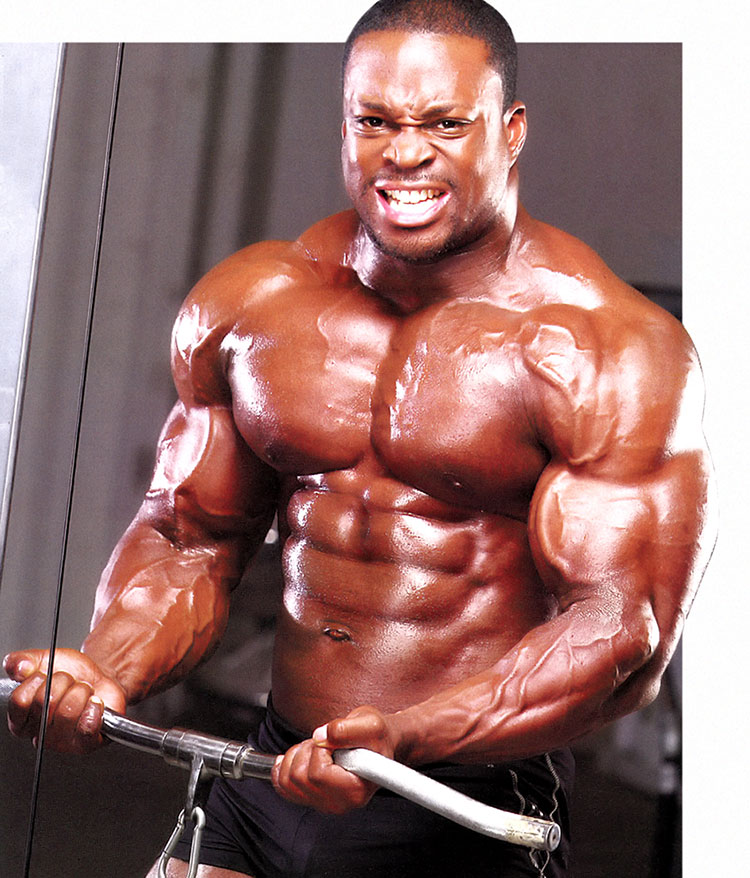 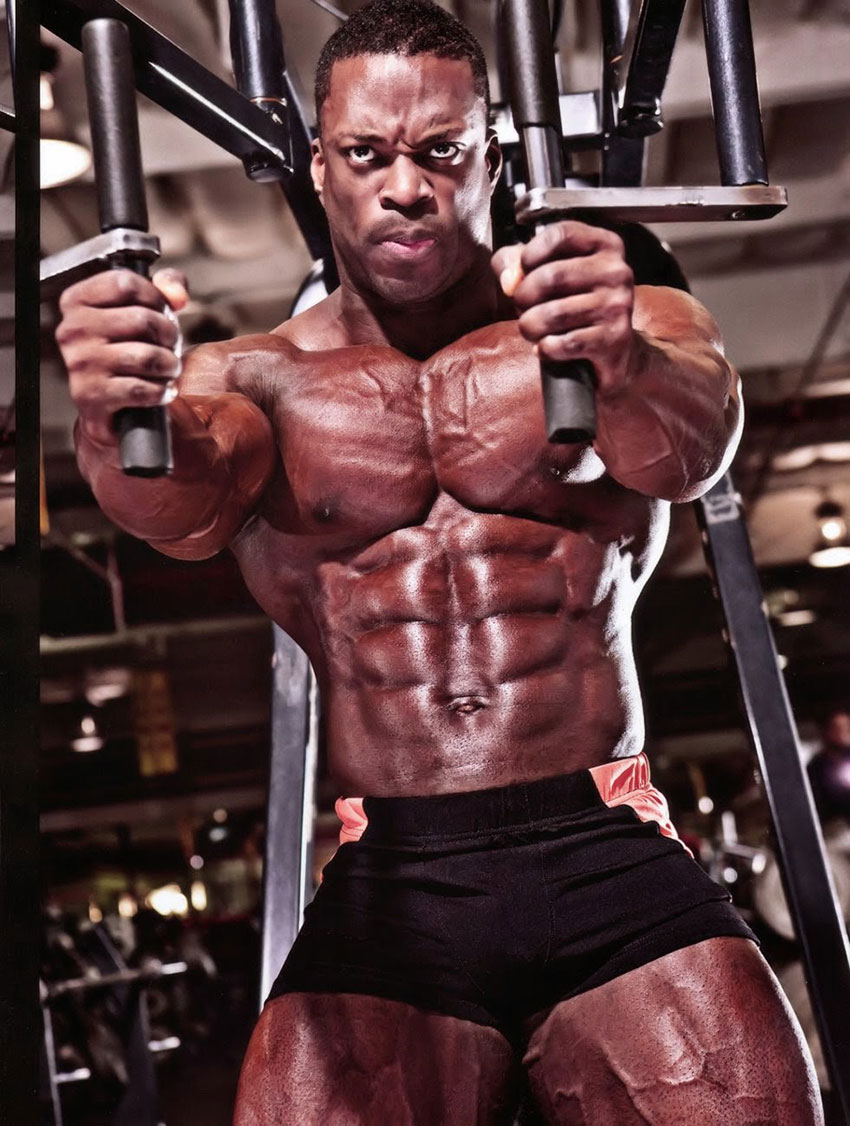 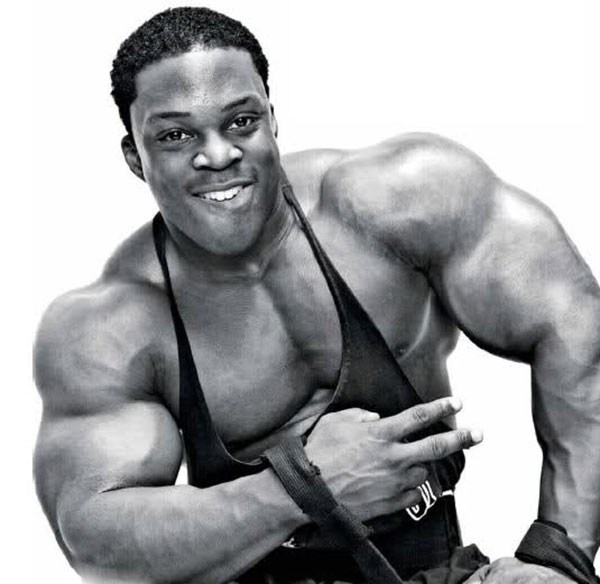 Growing up in Brooklyn, New York, Branden was always active and played as many sports as he could. One of his favorite sports was basketball, where he became a skilled player during high school.

He says that his basketball coach made the team lift weights to build their upper-body strength. While he was already big, he says that the extra lifting gave him a physique which resembled a football running back.

Staying Away From Trouble

While he stayed fit and positive at school, his home life was often quite troubled. He says that he lived in a bad area of Brooklyn, which was plagued by gun crime and violence.

One night, he was walking his girlfriend home after school, and a drug addict grabbed her and put a gun to her head. The were both robbed, and Branden says that he was full of rage when he returned home.

After this event, one of Branden’s acquaintances tried to offer him a gun to go and kill the man, but he refused. He says that the person is in jail for life now, and he could have ended up walking down the same path.

In 1998, Branden went to college at the University of Maryland. He was quite large at the time, but his friends kept encouraging him to hit the gym and become bigger.

At first, he says that he held his ground and refused. But one day, he saw a bodybuilding magazine by chance with Kevin Levrone on the cover. This sparked his interest.

His first reaction at seeing the bodybuilders physiques in the mag, was “Damn! This is kind of cool.” But after a while, he said to himself “why cant I look like this?” This was the spark which set him off on his bodybuilding path. 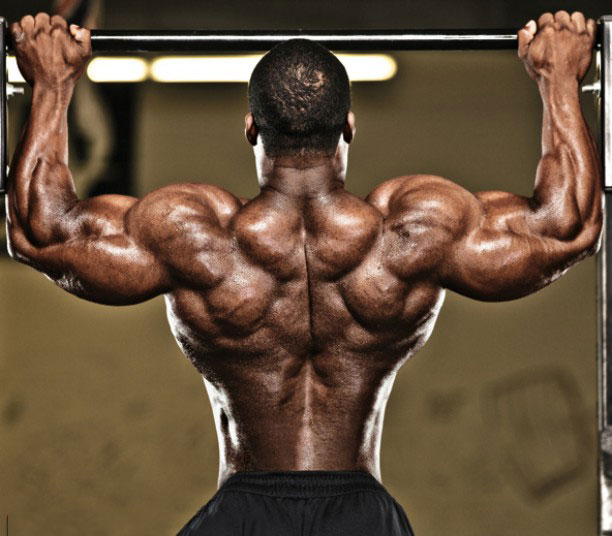 Shortly after, Branden started hitting the gym. He made a lot of friends while working out, but he says that one particular man helped him the most.

He mentions that an experienced lifter said to him one day, “your arms won’t grow until you can leg press 1,000 pounds.” At the time, Branden believed him, which was exactly what he wanted.

After Branden had reached the 1000lb mark, he went back to the man as his arms were still small. The man said that he had to team up the leg press with the squat to really work the arms, and it went on from there.

After some time spent training with the man, he told Branden that he had just learned the foundations for bodybuilding.

While Branden was making huge gains in the gym, he was also doing extremely well at school. He says that he was a mathematical whizz who learned calculus early on.

One he had made it to his sophomore year, his main goal was to get into journalism. He completed an internship at C-SPAN and worked for the National Geographic channel.

He would go on to continue journalism at college where he picked up bodybuilding as an elective. He managed to graduate with top marks, and land a job at CNN.

Dedicating Himself To Competing

While his career was going as planned, he knew that he always wanted to get into competing.

He says that he studied competing and dieting like he was back in college – obsessing over the details and developing all the skills he needed.

He dieted for months for his first completion – 2006 NPC Eastern USA – and landed an incredible 1st place.

This would be the start of an excellent career which included a number of major wins and top ten finishes at IFBB show such as the New York Pro. 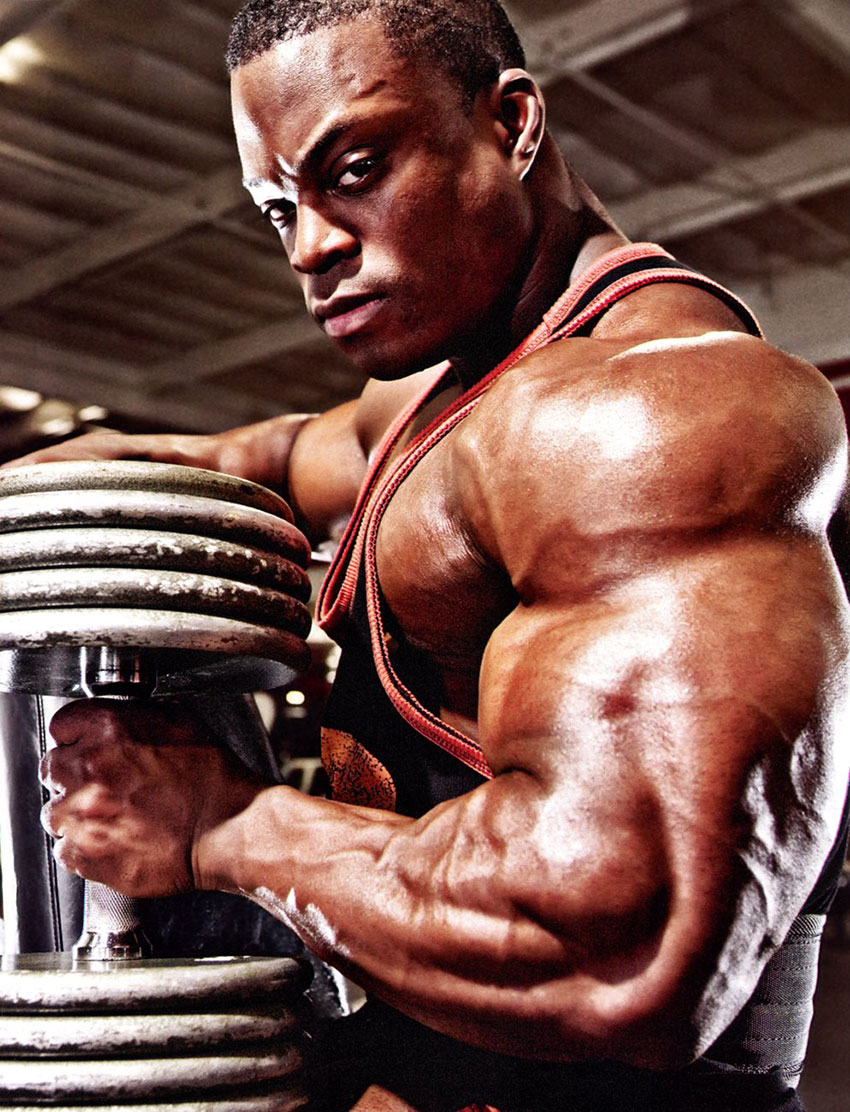 Branden places a lot of value on his post-competition training. He sees that it’s a crucial period, where muscle can be lost if the individual slacks off.

He also sees it as a time to begin adding size and strength after a hard cutting period. Because of this, Branden hits the weights hard and stimulates his entire body. His post-competition routine is below:

Day 1 after the show:

Day 2 after the show: 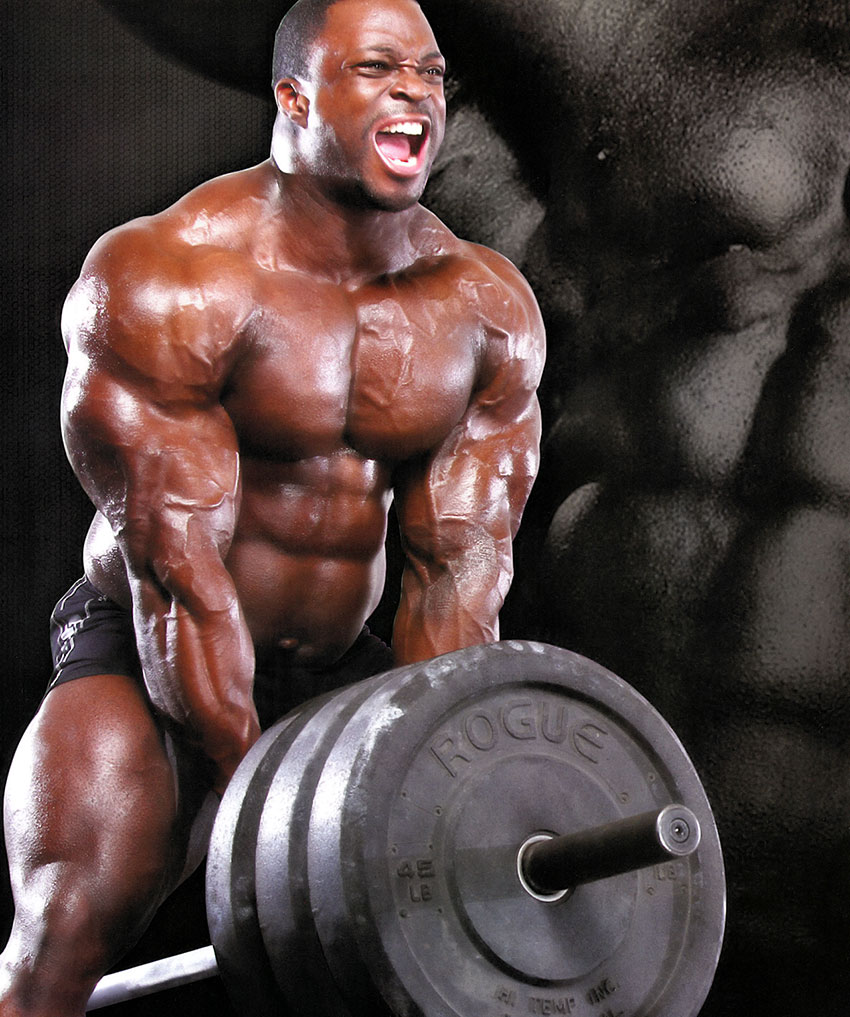 Branden’s training split is geared towards bringing up key areas. He aims for balance and proportionality, so focuses on areas that need improvement more intensely than other areas.

One particular area which Branden always focuses on is his back. He says “at the pro level, you need a pro-level back.” He has always struggled to keep his back proportional with the rest of his physique.

Branden’s arms have always been excellent, and he trains them with intensity – focusing on stimulation rather than weight lifted.

One of his favorite lifts for arms is the barbell spider curl. He lays forward on an incline bench, and lifts a light barbell for high reps. With this movement, he can hit the outer head of his bicep hard.

He follows this up with a wide grip barbell curl to stimulate the inner head of the muscle. The combination of these two exercises, and Branden’s intimate muscle knowledge, have allowed him to build huge arms.

Cardio becomes important to Branden when he has a competition on the horizon. He trains with regular cardio for the whole year before competitions, as he says he has thick skin so needs to thin it out properly.

Before a show, Branden will then amp up his cardio massively. He completes HIIT (High Intensity Interval Training) sessions and jogs on the treadmill. 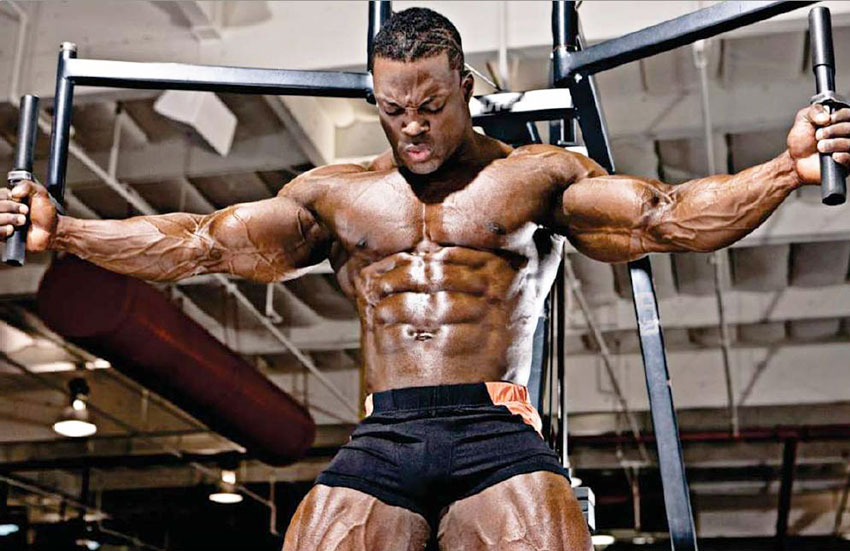 While cardio is important to help Branden lose weight, his diet is crucial. He says that he has never been that fond of junk food, where he avoids it completely now.

He says that the body has to work much harder to digest all the fats, sugars, and simple carbs you’re loading it with when you eat bad food. Consequently, he doesn’t see the point of indulging.

While many bodybuilder choose to indulge massively after a show with huge meals and desserts, for the reasons above Branden says ‘no‘ to it all.

He says that if he gets back to his regular diet and increases his carb intake gradually, he’ll have more than enough energy for great workouts.

The only time he will ever eat a chat meal (and it’s not even a cheat meal really,) is when he’s at his mothers house. He says that he can’t resist her delicious lasagna recipe, so always has some.

Before a show though, no such meals are even contemplated. Branden will start to diet 16 weeks out, and will work with his coach to develop a particular diet plan to suit his needs.

He usually cuts out his carbs massively too and increases the lean meats and whey protein shakes he consumes to add lean muscle and healthy fats. 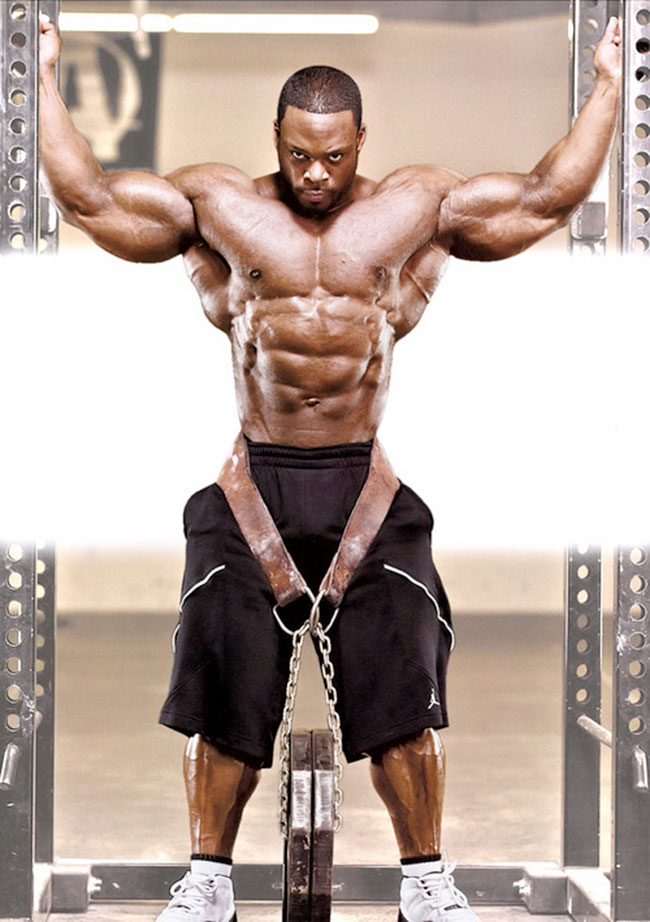 Branden’s first bodybuilding hero was Flex Wheeler. Flex appeared in the first magazine he saw alongside Kevin Levrone, and the two physiques grabbed his attention immediately.

Flex has actually written articles on Branden and has interviewed him for Muscular Development magazine, so Branden has met his hero and got to know him well over the years. 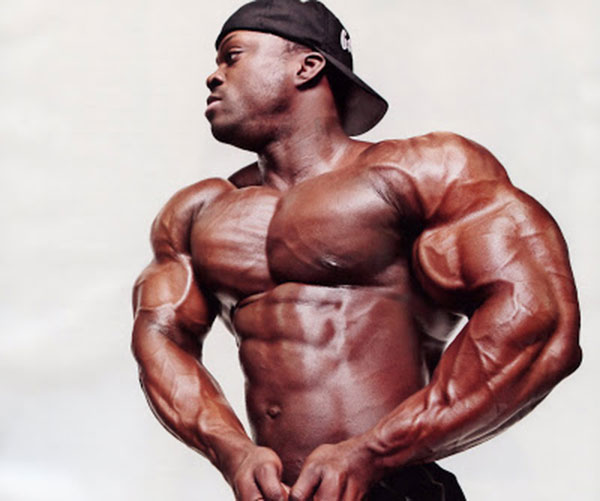 What we can learn from Branden Ray

Branden has always tried to be the best at whatever he is doing. He became an excellent journalist after deciding on a career in this area, and has clearly become a well-respected bodybuilder.

Perhaps the most admirable aspect of Branden’s approach, though, is his dedication to the craft.

He is a true student of bodybuilding, and loves to spend time learning new techniques and improving on areas where he believes he lacks.

If you want to be a professional athlete like Branden, it will be useful to show the same dedication he has shown. He would advise that you learn the basics first, and go from there.

Branden is a great guy; I had the chance to workout with him about 9yrs ago. His advice was critical in helping me FINALLY achieve some real gains with my own physique.

He is the most unprofessional trainer in the industry. He takes on the clients and drops them in the middle of the prep depending if the client’s lifestyle fits his criteria. He gets very personal with most of the people he trains. The most disturbing part is that he doesn’t have the boundaries with female clients. Often times he shares explicit pictures and has no problem of showing those pictures to others.