Boyer Coe is a former professional bodybuilder who’s best known for his dominance in the sport throughout the 70s and 80s. During this period, he competed with some of the biggest bodybuilding names, including Arnold Schwarzenegger, Sergio Oliva, Mike Mentzer, and Frank Zane.

Boyer started his bodybuilding journey modestly; training with a pair of dumbbells and a barbell in his garage, later, joining his local gym in Lake Charles. There, he met one of the trainers who helped him develop a formidable physique. This physique earned him a number of major titles, such as the 1965 Mr. Texas, 1969 Junior Mr. America, 1970 Mr. World, and the 1973 Mr. Universe.

Having competed for four decades (60s,70s,80s, and 90s), and winning numerous titles along the way, Boyer has cemented his place among the greats of bodybuilding – here’s his story: 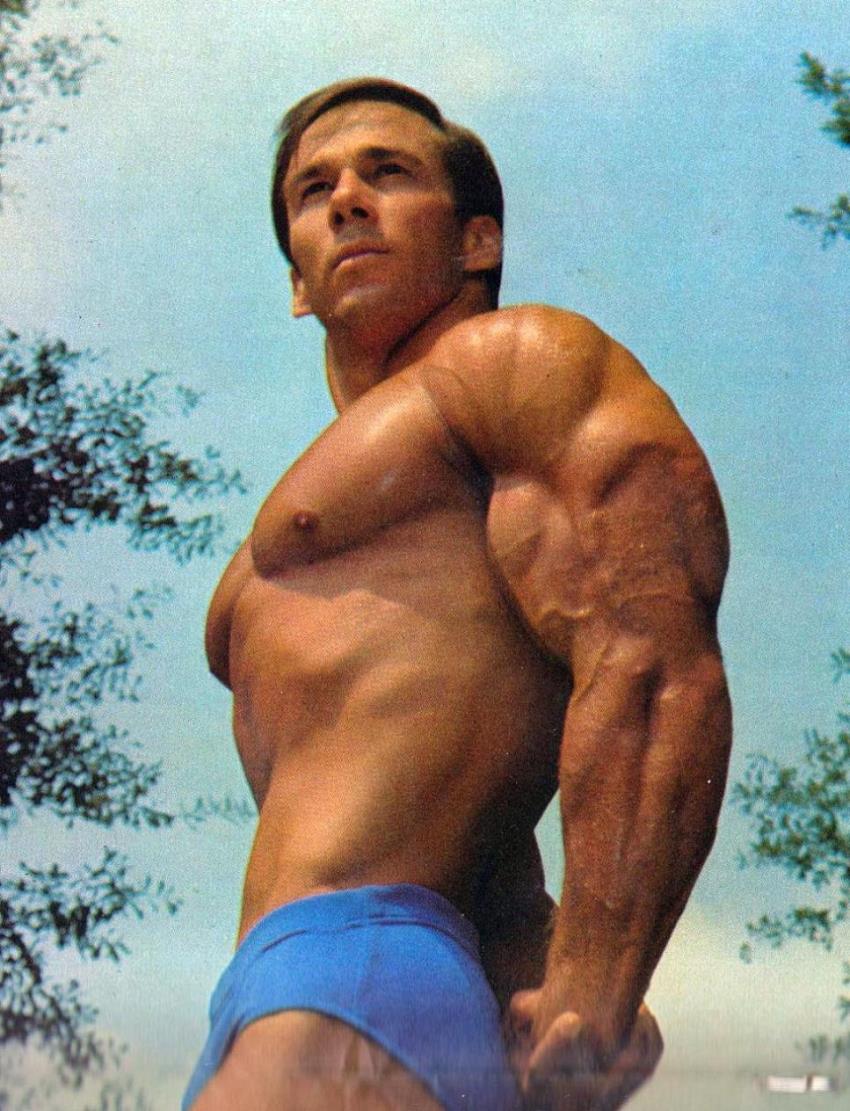 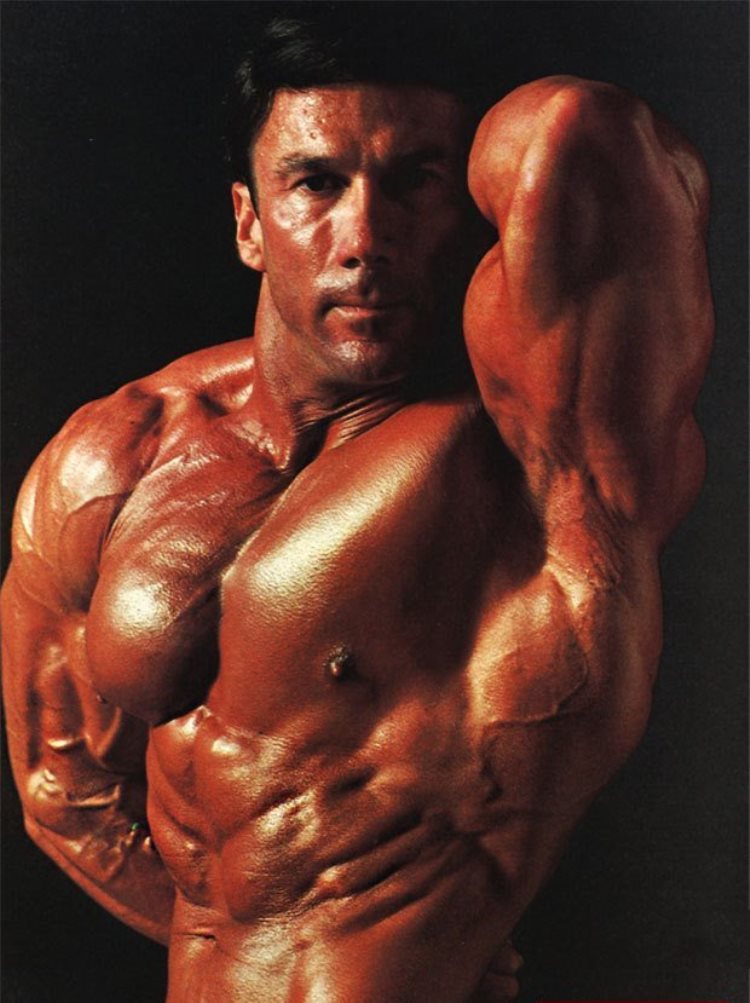 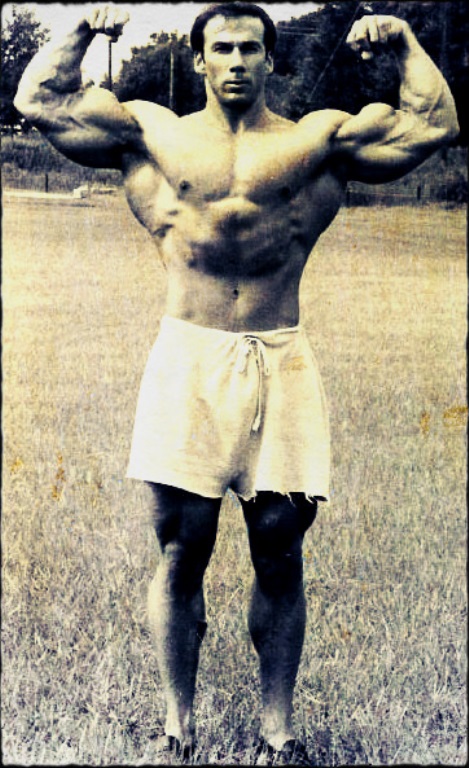 From Calisthenics to Bodybuilding

Boyer Coe was born and raised in Lake Charles, together with his younger sister Cindy. His fascination with bodybuilding began at an early age, when he was 5; however, his understanding of the process of building muscle came some time later.

At first, Boyer practiced calisthenics, thinking this would give him the size he always wanted. But, after he went through his first bodybuilding magazine, he began to realize that calisthenics he wasn’t sufficient for a massive muscular development – understanding that weight training was required.

Soon after, Boyer acquired his first pair of dumbbells and a barbell, and began training in his garage. The results from replacing calisthenics with weight training quickly manifested on Boyer’s physique. By the age of 15, he’d sculpted a physique that made him popular among his peers; giving him even more motivation to train with weights.

It wasn’t long before Boyer outgrew his weights at home, and started aiming at a bigger “challenge”; deciding to buy himself a membership in a local gym in Lake Charles.

In the summer of 1962, Boyer decided to take part in his first ever bodybuilding contest, the Teen Mr. South in Alabama. Having had no previous experience being on stage, Boyer was pleasantly surprised to hear his name called out among the top 5 contestants.

Riding high from his first show, Boyer continued to compete in local contests throughout the summer, before turning to bigger competitions.

His first major victory on stage came in 1964, at the AAU Mr. New Orleans. He won the title just three days before he graduated from high school. Six months later, he won another title, this time in a regional competition – Mr. Hercules, Southwest.

After he graduated from high school, Boyer met his trainer Lloyd Lerille, who helped him further develop his physique; bringing him closer to the elite leagues of the IFBB and NABBA. Meanwhile, he also worked on his degrees in psychology and management at the University of Southwestern Louisiana.

Dominance Throughout the 70s and 80s

In a span of three years, Boyer won two major titles, including his first national title at the 1966 Teen Mr. America, and the 1968 Junior Mr. USA title, which he won on his 22nd birthday.

His recognition in the bodybuilding world “blew up” during the 70s and 80s period, during which he won 18 titles, including the 1970 NABBA Mr. Universe, 1971 Mr. America, 1975 WBBG World Championships, 1981 IFBB Grand Prix Massachusets, and the IFBB. 1981 Grand Prix World Cup.

Boyer also placed highly in a number of Mr. Olympia competitions during this period; finishing Overall in the top 4 during 1977, 1978, and 1980.

It’s because of these impressive feats, Boyer established himself as one of the most accomplished bodybuilders of the 70s and 80s. 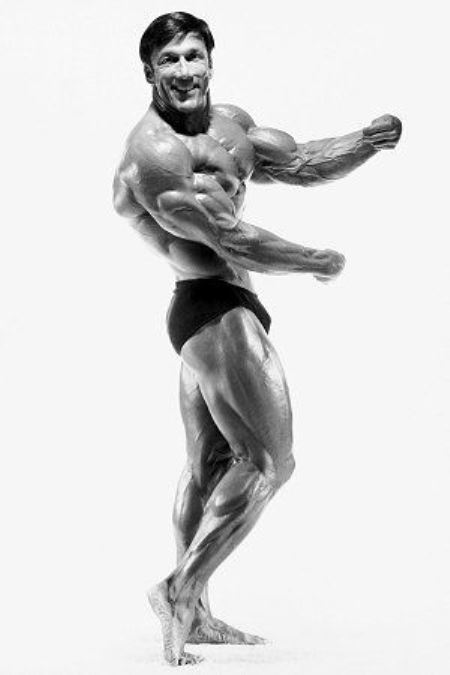 Following his dominance in the 70s and 80s, Boyer stopped competing for several years. He came back in 1994, participating in his last two professional competitions – the 1994 and 1995 Masters Olympia, finishing in 3rd, and 10th place consecutively.

After his professional competition days were over, Boyer stayed in the bodybuilding world as the co-host of a fitness and bodybuilding TV show which was broadcasted during the 1990s. He also opened his own health food store, and later, a gym in New Orleans. 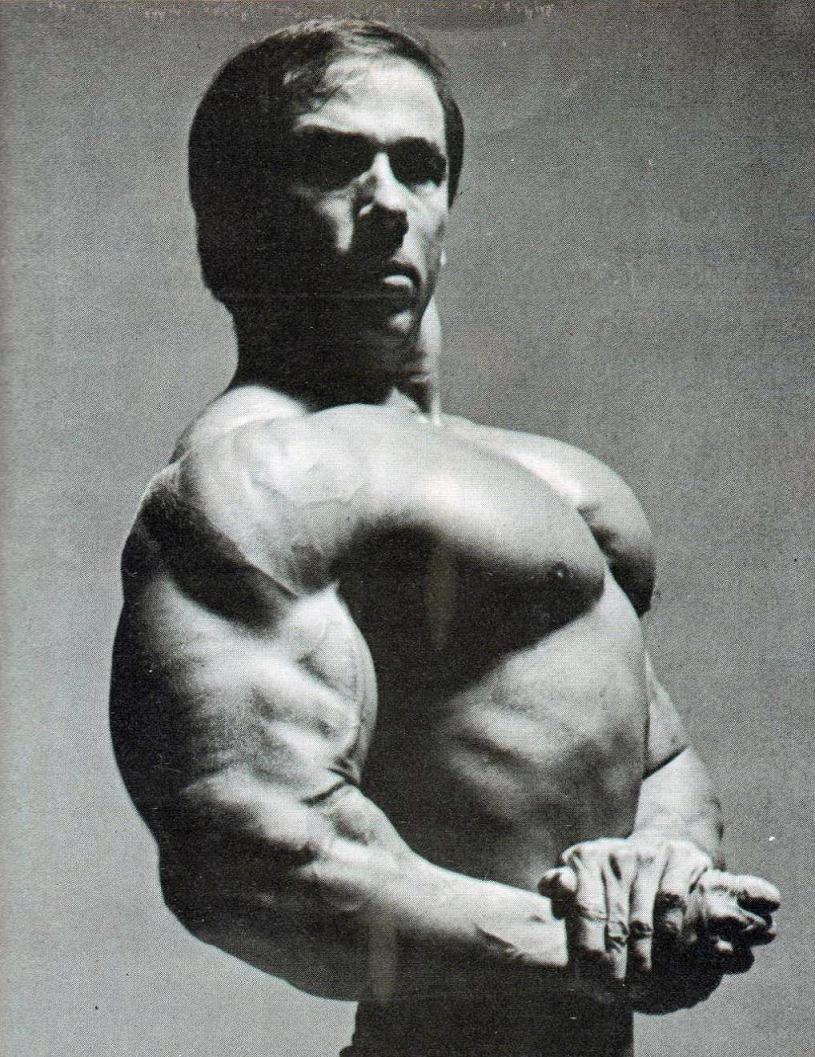 “I have always believed in a complete range of motion in all exercises, full contraction and full extension. That is the best way to prevent an injury. I see a lot of guys doing partial reps and really using a lot of momentum in their exercises – their joints just won’t last doing it this way.”

Throughout his competitive years, Boyer would wake up at 5 a.m. to go to the gym, and train extremely hard. Even now, long after his retirement from professional bodybuilding, little has changed. Boyer still wakes up early in the morning and trains in the gym, up to five times a week.

Even though he doesn’t train with the same intensity as before, he says he still has “that burning desire” within him; always pushing his physical, and mental limits in the gym. As Boyer says; “I always simply trained hard and put forth the effort.”

Boyer’s training plan was always designed in a way so he could achieve the “old-school”, classic 70s look; featuring small waist, wide back, defined abs, big shoulders and arms, and massive pecs.

He called this training plan WCT, aka, work capacity training. A modified version of the High-Intensity Training, WCT was based on pyramid sets and relatively short rest periods.

Boyer would start his WCT workouts by warming up on the exercise he did that day, increasing the weight each set until he reached a weight that he could barely get 12 reps with.

He would focus on strict form, moving slowly on the negative part of the movement, rest for 60 seconds, and then progress on to the next set, which was lighter by 5-10 pounds. 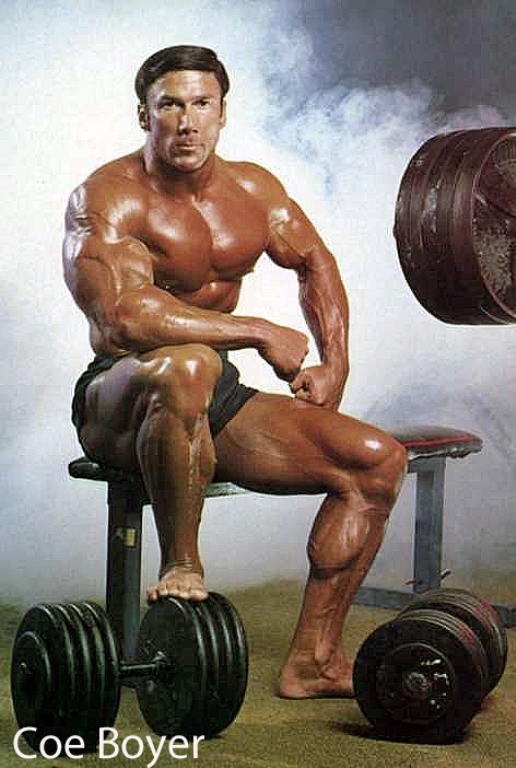 Bodybuilding icons from the Golden Era based their diets on a lot of calories from protein, and saturated fats, and Boyer was no exception.

He would consume many raw eggs as the main source of protein and fats. Alongside this, he would also eat a lot of chicken, fish, beef, and pork for additional protein. In the off-season, Boyer would consume a lot of carbohydrates, which were gradually reduced as he would approach his “cutting” phases.

On top of this, he would also make his own protein shakes which consisted of milk powder, raw eggs, oats, and other nutrient-dense foods. 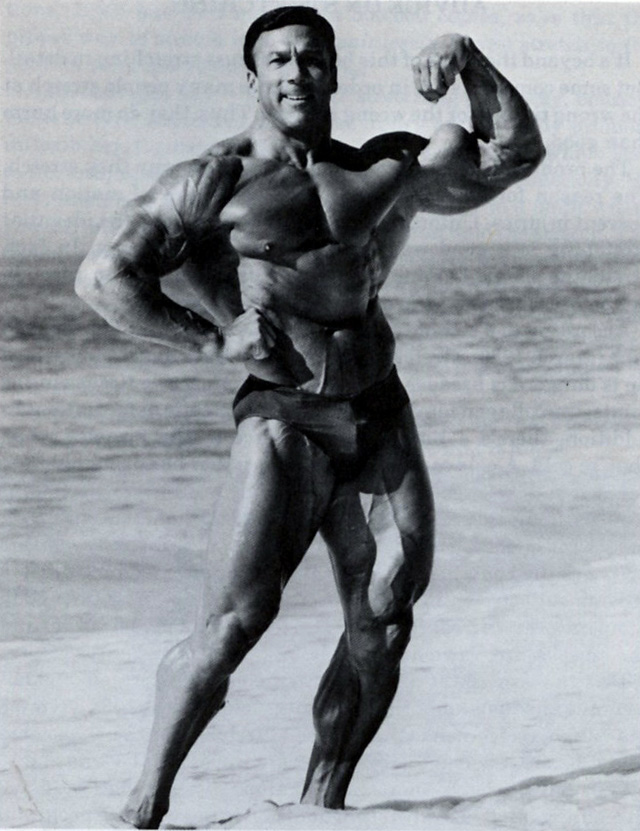 Boyer’s main inspirations in bodybuilding were Bill Pearl and Sergio Oliva. He also commended his friend Red Lerille who helped him tremendously with posing and training. Talking about Red Lerille, Boyer said; “A man I am truly proud to call a friend.” 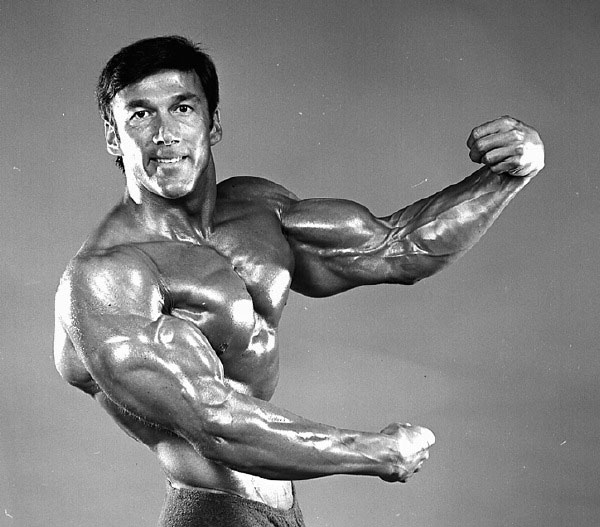 What we can learn from Boyer Coe

Boyer Coe began his bodybuilding journey in his garage; training with simple weights at home. From there on, he progressed into more serious weight training, and later, competing on a bodybuilding stage.

What we can learn from his story is, that everyone starts somewhere – even the greats like Boyer. Therefore, don’t be afraid to start small and fail here and there on your journey; make small steps, and eventually, you may able to accomplish your biggest desires in life.

I have been a keen fan of Boyer Coe since the late 1960’s. His huge biceps & great pecs always astounded me. Excellent legs, too, and a fabulously flat stomach.
(I did not know that he wore a wig – until very recently, when others made remarks about it. I never gave it a thought; and there are plenty of bodybuilders then & now with worse hairstyles for whom a wig would have been a great improvement.)

I’ve been around the iron for 45yrs and always a fan of Boyer Coe. Still love to see old mags like Strength & Health. I’m still a little old school when it comes to training. I miss hearing the plates clanging together and the grunting of the lifting. It’s just music to my ears.
I have grown old and appreciate the wonderful articles these Guys wrote . It always kelp me interested and hitting the gym with more determination.
So many guys have passed on, but I just want to say “Thanks for the Contribution “ I’m very fortunate to have come along in this era.
Just “Sid Hodges “

What a class act he got robbed from the mr. Olympia !!! The bodybuilder that was in the shaped more often and more prepared for a contest than anybody bodybuilder ever !!! No they don’t make them like this anymore. Those biceps peak and the splits in his biceps unbelievable that he never got an Mr.Olympia title…..

Boyer you and I had the same footprint. Born in lake Charles moved to New Orleans and very very athletic. I went to Boyers athletic club called the Riviera. When he trained me I was in the best shape of my life. He taught me a lot about diet and exercise. I was so pleased to know that he went on to Win numerous competitions. I haven’t spoke to him in years but I am really proud. He represents well.

Is there a way to come in contact with Boyer Coe? Because I want to ask him something about the Mister Olympia 1982 preparation. Although placed 11th and more smaller then ever before, I really enjoyed his physique and I want to know how different his preparation was for this contest. Please if you have his e-mail adress then send it to [email protected]

I grew up in Lake Charles in the Oak Park subdivision a few houses west of where Boyer’s parents, Preston and Audrey lived. Good to see that somebody from the old neighborhood like Boyer Coe was so successful.

Abs and Hamstrings are missing. Other elements need Symmetry.