Ben Smith is known as The Fittest Man on the Earth. He earned this title in 2015, after winning CrossFit Games – one of many awards he’s earned during his accomplished career in CrossFit.

Growing up, Ben wanted to become a professional baseball player. While at first, this seemed like a high possibility, an odd turn of events during college prevented Ben from realizing his dreams. However, this didn’t matter for Ben, as he soon found a new competitive outlet  – CrossFit Games.

Across his career in CrossFit Games, Ben has appeared on the stage four times, placing third in 2011 and 2013, second in 2016, and first in 2015. With the exception of his first CrossFit Games, he’s never placed outside of top 10. 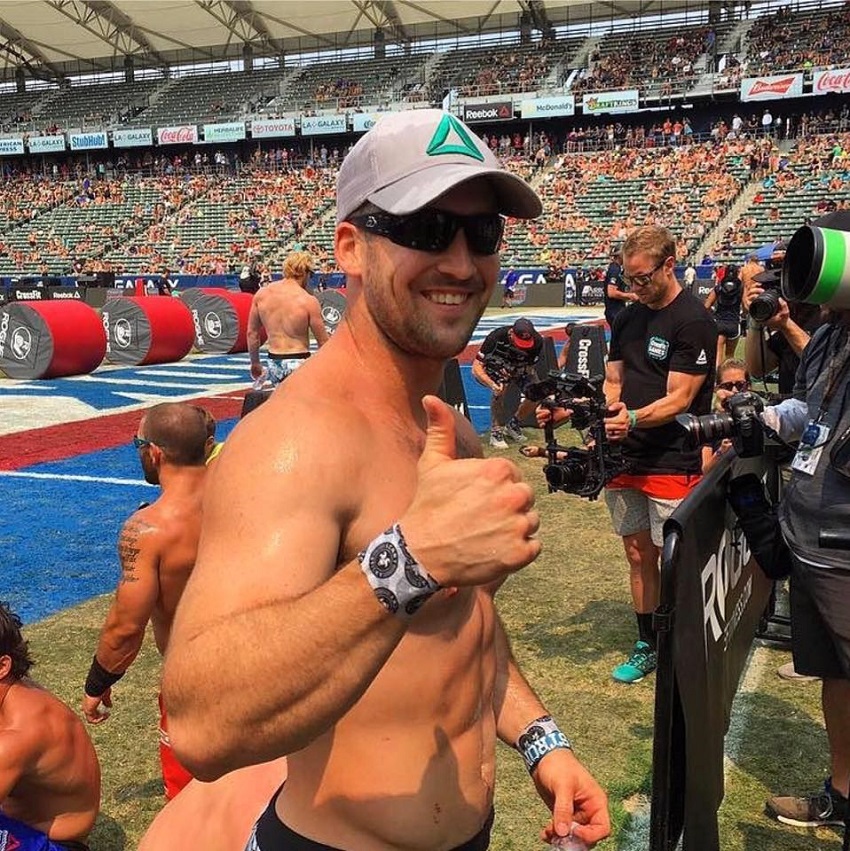 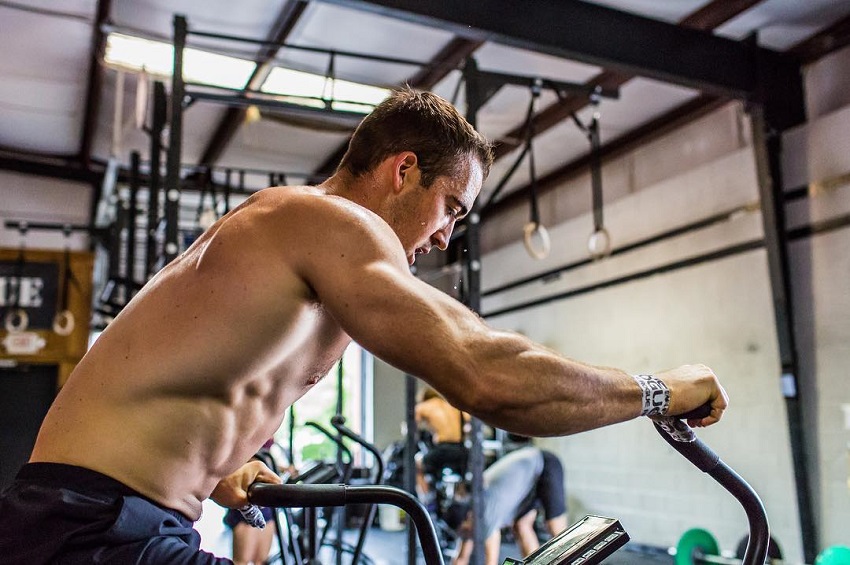 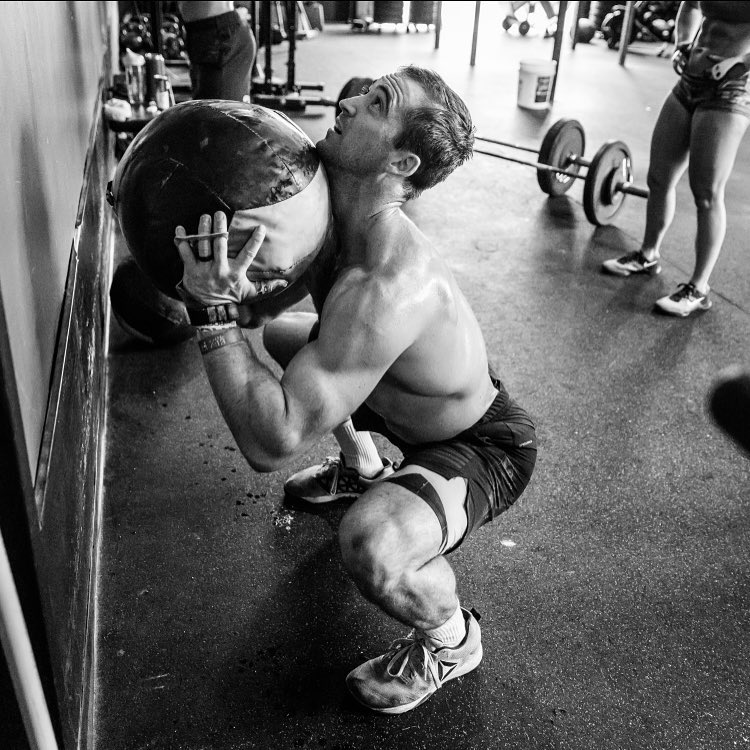 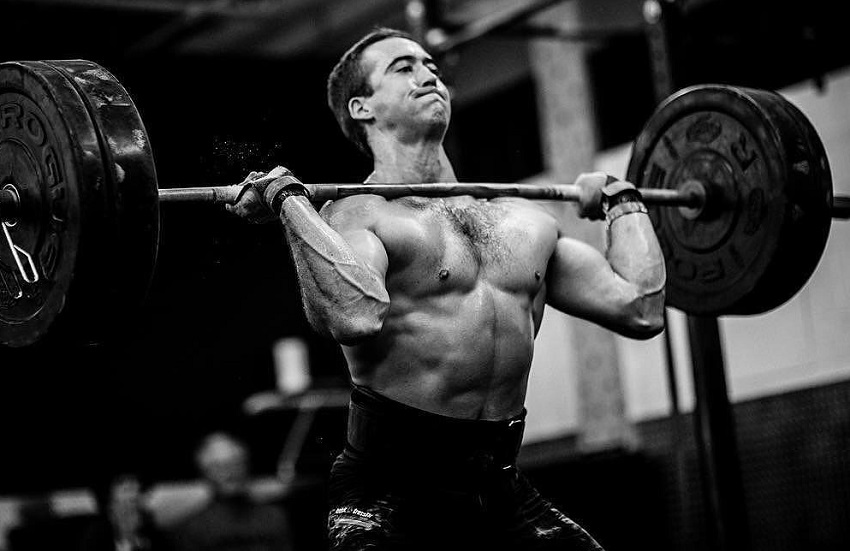 During his childhood, Ben Smith was an avid baseball player. He was introduced to CrossFit by his father, who believed that Ben could improve his performances in baseball through CrossFit training.

“I played baseball growing up, and my dream was to be a Major League Baseball player. CrossFit fit the training I needed to be strong, fast, and have endurance on the field. My dad was in the military and introduced me to it.”

One night, Ben did a ‘Cindy’ CrossFit workout in his room. After 20 minutes, he was lying completely exhausted on the floor. From that moment on, his fascination with CrossFit began to grow.

“At the end of the 20 minutes, I was lying on the floor, breathing really heavily and I thought, ‘This is awesome!’ After that I read and read, following the website and researched whatever I could online about the sport.” 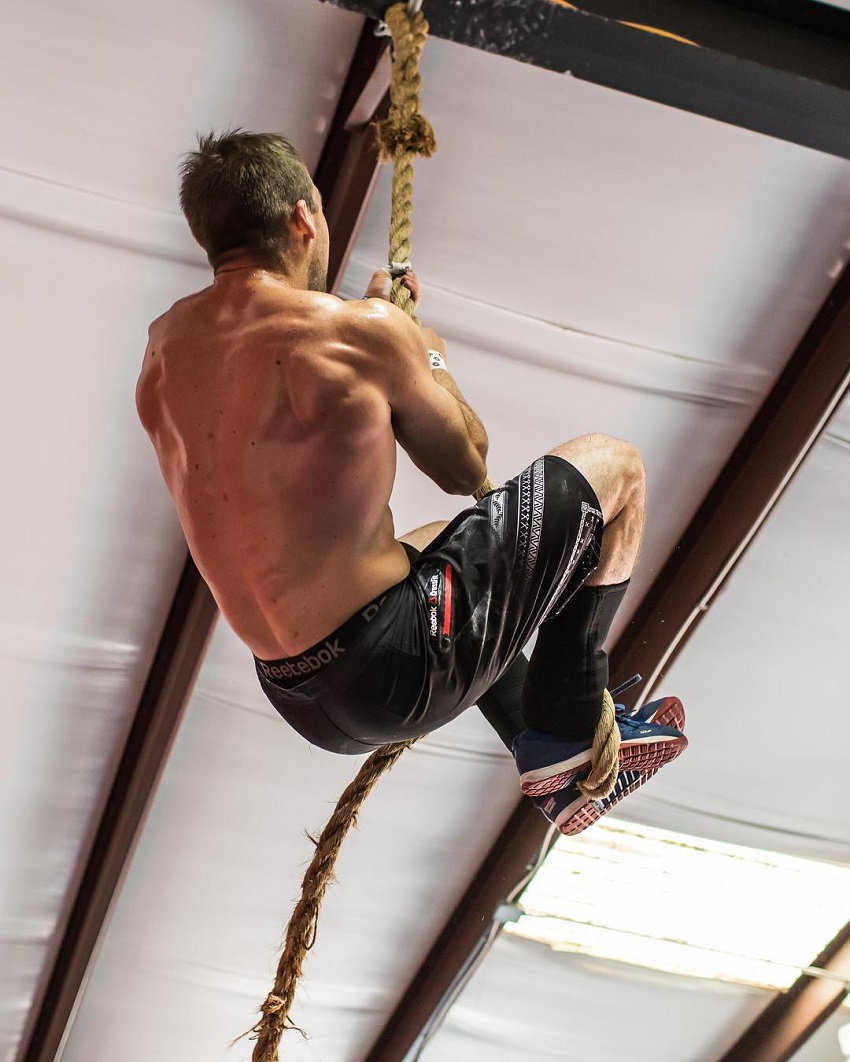 Transitioning From Baseball to CrossFit

After a few years of training in CrossFit, Ben’s physique improved significantly. He became stronger, leaner, and more explosive.

He then joined LaFayette College, hoping to enter a professional baseball team and begin his career there. Unfortunately, his plans didn’t come to fruition.

After just one semester, Ben had to transfer schools, preventing him from entering the baseball team he wanted. It was at this point, he decided to pursue CrossFit instead.

“I transferred schools after one semester to Old Dominion University in Virginia, right near home. Turns out by that time I couldn’t try out for the baseball team, so I started getting into CrossFit.” 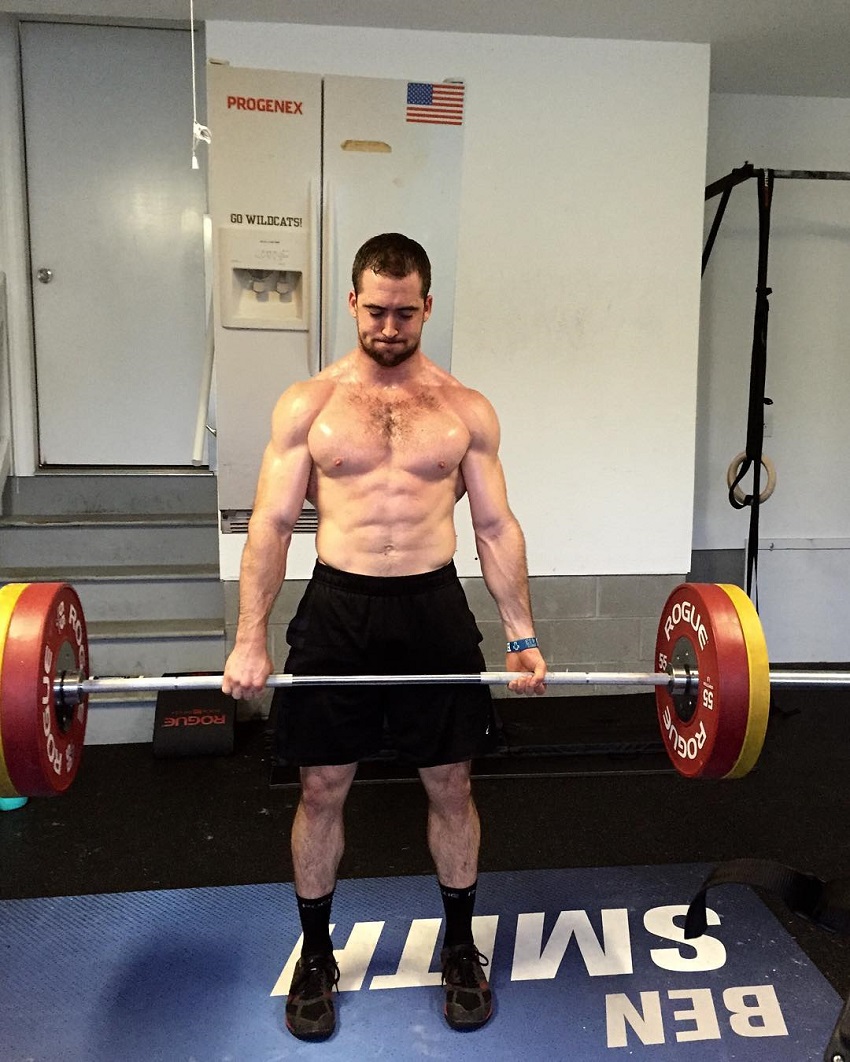 Ben first thought of competing in CrossFit back in 2007, when he read about the Games. Two years later, his thoughts became reality.

He took part in his first CrossFit contest at the 2009 Mid-Atlantic Regional in Virginia Beach, which was held right next to the street where Ben lived.

“I figured why not go for it, give it a shot and try to compete with these guys at the Games. Going into the last Regional event, I was in 9th place.” 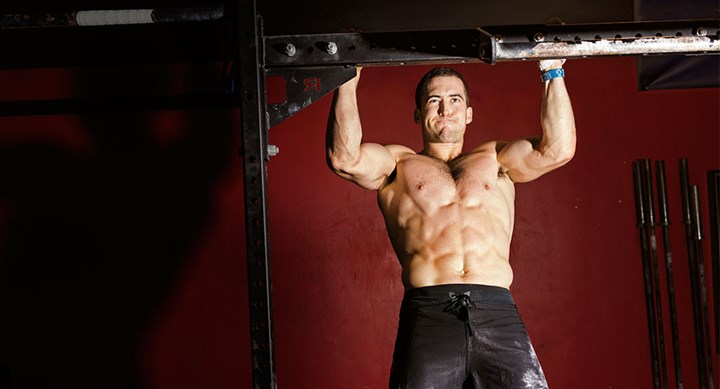 Becoming the Fittest Man on the Earth

Ben made his CrossFit Games debut in 2009. He entered the contest as the youngest competitor, at only 19 years of age. Ben said; “The first year, I competed just for fun.”

To this day, Ben’s records in CrossFit have been matched by only a small number of people. He’s the only person to make nine consecutive appearances at the CrossFit Games Individual category – a feat matched only by Rebecca Voigt.

Ben Smith has between 3-5 workouts per day. These include strength training, conditioning, mobility work, high-intensity cardio, and other forms of exercises which help Ben stay in top condition for CrossFit Games.

Ben’s typical day of training looks like this; He wakes up early to coach the CrossFit classes. Depending on how he feels, he’ll do some endurance work to get him going. After coaching, he’ll train with his friends, doing MetCon and some strength work.

After lunch and a quick mid-day nap, Ben heads back to the gym to coach another CrossFit class. He’ll train in between classes, doing lifting and MetCon.

In the evening, he’ll have his last workout of the day. Which is usually something quick and intense, such as sprints or burpees. 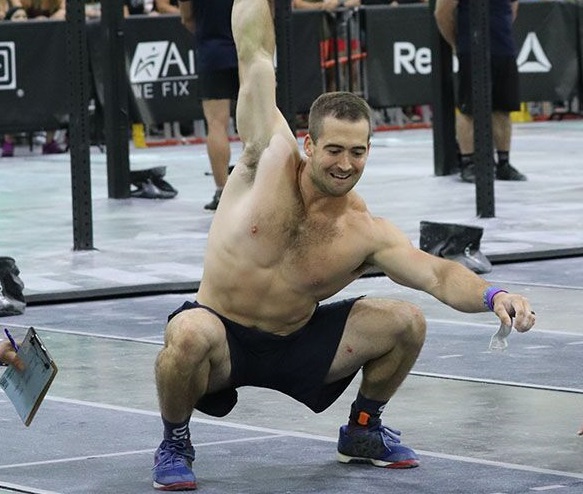 Ben eats mostly clean foods, but his evening meal is usually less restrictive. As he says; “I eat clean during the day, but come dinner after a long day, anything goes…even pizza.”

He typically has bananas, eggs, and bacon for breakfast, along with a whey protein shake.

This is an ideal pre-workout meal in Ben’s eyes, as it gives him the energy and nutrients for his intense workouts. His lunch meal consists of chicken, guacamole, and sweet potatoes. 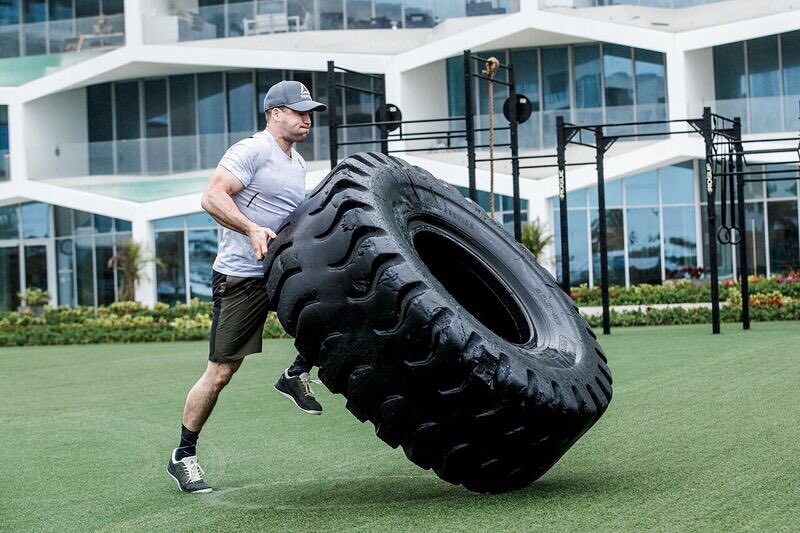 Early in his life, Ben was influenced by his father who encouraged him to try CrossFit to improve his performances in baseball.

Other influences in Ben’s life are his friends, training partners, and other members of his family who all support him on his journey in CrossFit. 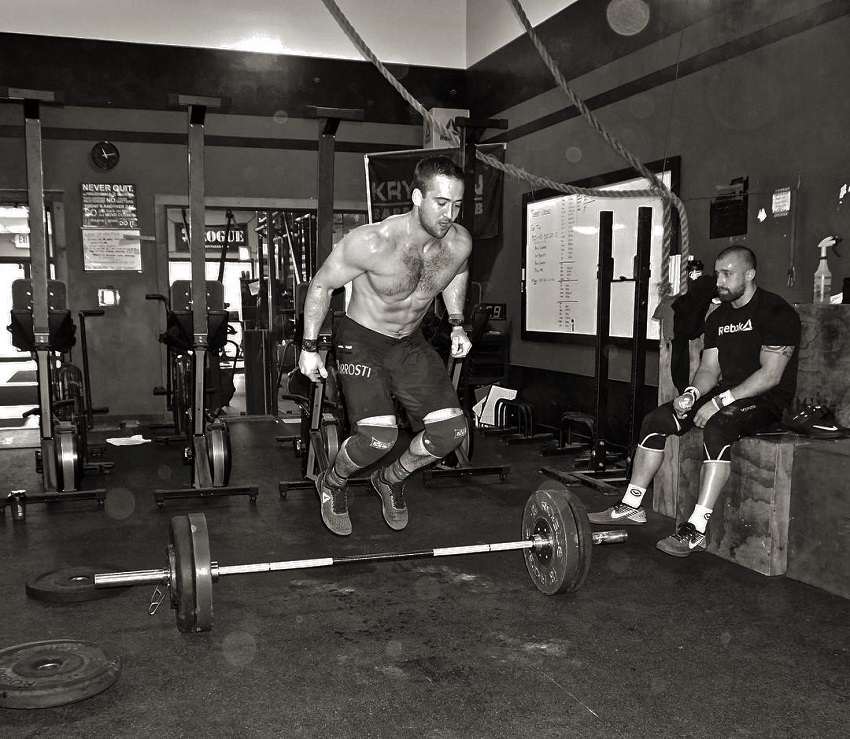 What we can learn from Ben Smith

Ben Smith is an accomplished CrossFit athlete. Ever since he started competing in 2009, he’s become one of the household names in the sport.

Like all successful athletes, he’s taught us that hard work is an integral part of achieving greatness. With the same discipline and work ethic as Ben, you too can realize your any goal you set for yourself.

Ben is indeed an exceptional athlete, but I’m surprised that Rich Froning’s profile is not yet posted on this site.