Anton Antipov is an IFBB professional physique champion and fitness model from Belarus. He is an accomplished competitor and New York based model, who has made a name for himself on social media.

Growing up in Belarus, Anton says that he didn’t have access to a gym, so only played sports such as Sambo to stay fit. After his family decided to move to the USA in the 1990’s, Anton had his first experience of lifting weights and was hooked instantly.

He applied to become a model and was offered a 3 year contract at a top New York agency. As he improved his physique for this job, he became obsessed with the idea of competing and winning shows. He found a coach and got to work immediately.

Fast forward to today, and Anton’s fitness industry career has flourished. He’s won a number of major IFBB shows and has modeled for some of the most famous brands and magazines on earth. He credits this success to his sheer dedication and consistency. 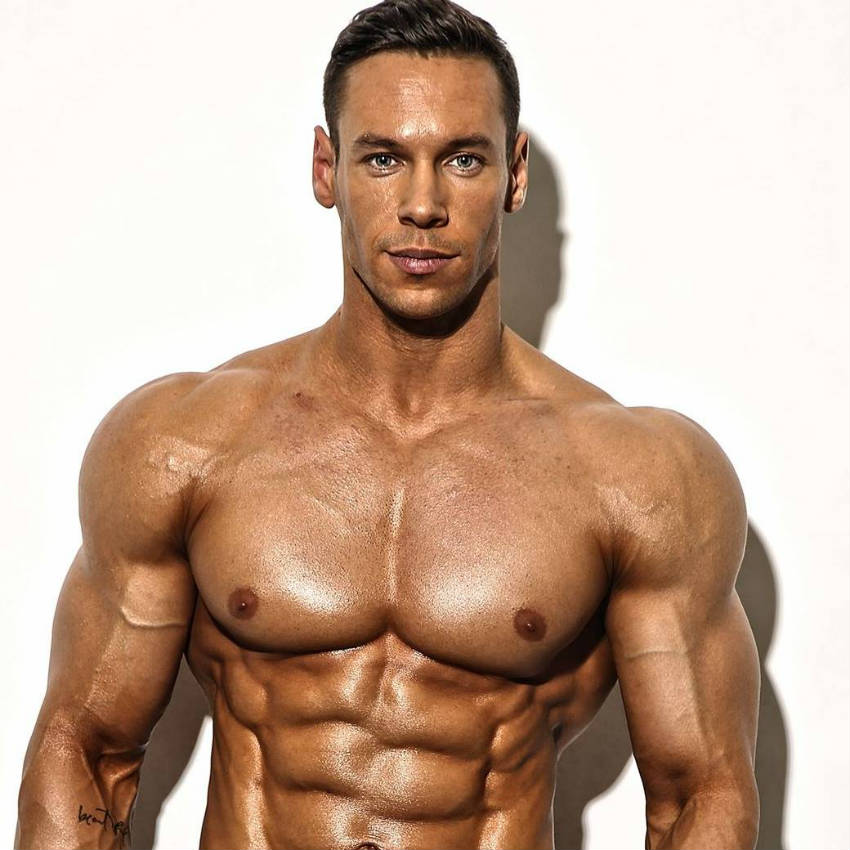 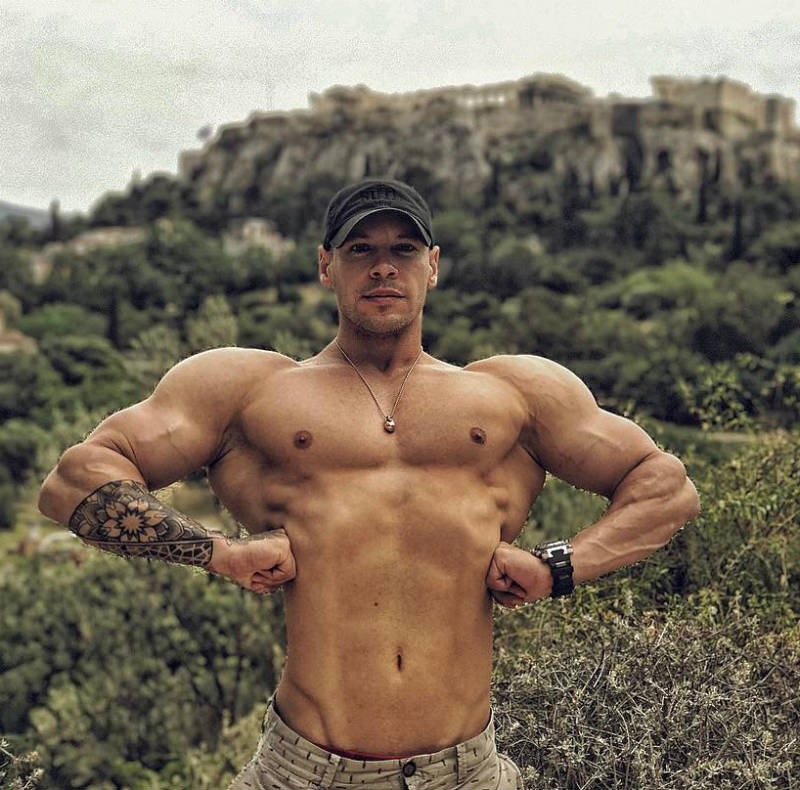 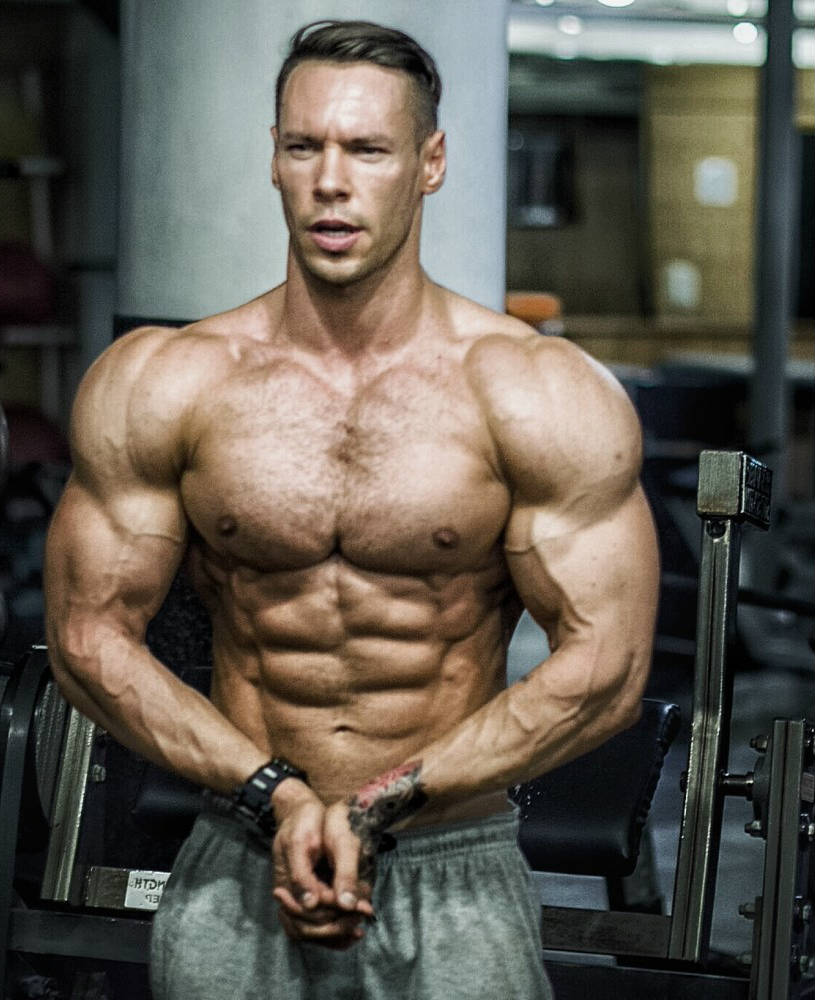 Anton was born and raised in Bobruisk, Belarus in 1983. He was always extremely atheistic as a child and participated in a number of sports, from swimming, sambo (a Russian martial art) and gymnastics, to track and hockey.

His father was also passionate about staying fit and active. He encouraged the young Anton to complete pull-ups, push-ups and sit-ups from the age of 8, in order to build a strong body for later in life.

In terms of nutrition, Anton says he always had a poor appetite, so didn’t really gain any size or muscle. He enjoyed the chance to drain his energy reserves though, developing a talent for most of the sports he played.

Moving To The US And Discovering Bodybuilding

When Anton looks back at his childhood, he says “calisthenics was as close to bodybuilding as I could have gotten growing up in Belarus; we didn’t have gyms.” Luckily, in the 1990’s his parents decided to move to New York for a better life.

In 1997, Anton began to learn more about training gradually. He worked out a lot at home, joining his first gym in his local neighborhood aged 18. As soon as he started lifting weights, he knew that this is what he wanted to do for a living.

At first, he dove head first into his workouts without any research. He also copied other people in the gym and his peers – developing bad habits as a result.

He had poor form, and only trained the regularly visible parts of his body; spending a lot of time on chest and arm workouts. Luckily, he gradually began to learn from these mistakes and read about proper form, nutrition weight lifting movement.

As Anton improved his technique, he also improved his physique. He approached a major New York modelling agency in the late 1990’s called Boss Models and landed a 3 year contract.

He managed to find a coach who could show him how to cut properly and display his physique properly. Through this experience, he also decided that he would give physique competitions a shot. 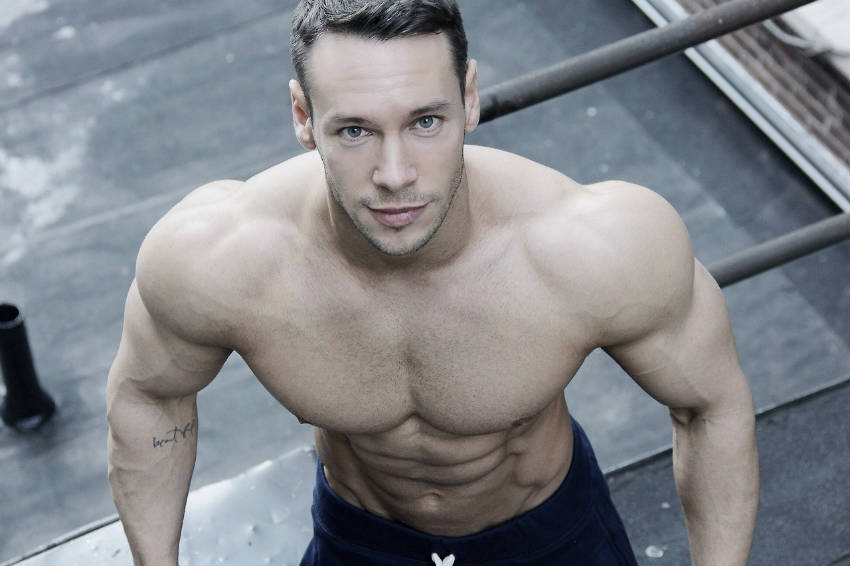 Anton had an ideal aesthetic for the physique competitions. His legs weren’t as big as he would have liked them to be, but as they weren’t on show on the competition stage (all candidates wear board shorts) he looked proportionate.

He won a series of competitions in 2012, culminating in an important victory at the IFBB North Americans. This was one of the most memorable days in his life and, through this win, he claimed his pro card.

Anton’s first professional win was at the 2013 IFBB Powerhouse Pro. This was an excellent achievement, as he stood alongside some of the best physique competitors in the world.

It also landed him a sport at the prestigious Mr Olympia weekend which was unbelievable for Anton at the time. He prepared for this contest with a 2nd place at the famous New York Pro and took a respectable 12th. 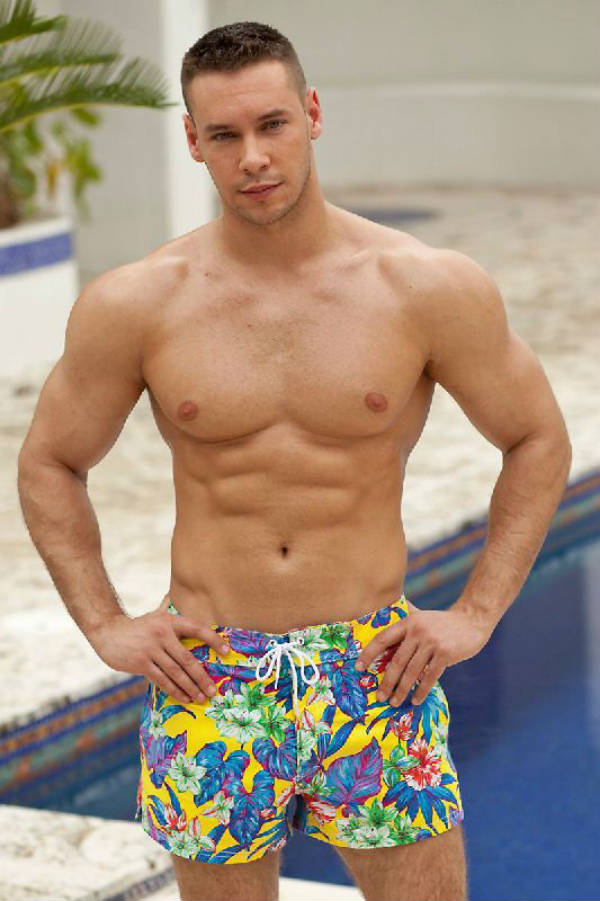 “Leave your ego at the door, if you’re training for aesthetics – select your weight accordingly, don’t go heavier than you need to.”

Anton likes to train instinctively, which means that he works out a particular area of his body when he feels like it needs hitting. Some days, he may leave a workout feeling that he didn’t train the area hard enough, so he will return to the same body part a few days later.

When it comes to shoulder workouts, Anton doesn’t give the area its own day at all. He believes that his shoulders get adequate stimulation from his bench press, so when he isolated his delts in the past, they got too big – affecting his proportions.

His weekly split is below:

In the past, Anton used to complete sprints and long runs to burn calories and cut. He injured his back in the 2010’s, which herniated 2 disks and prevented him from completing strenuous cardio for good.

He says that his favorite exercise changes week-to- week. One week he likes seated rows due to the enjoyable pulling movement, then the next he likes squats due to the quad-building power they offer.

Walking lunges became a staple in his routine because his gym has an outdoor area where he has a lot of space to move around. In this space, he drags the barbell and the plates outside and walks around, hitting his legs hard. 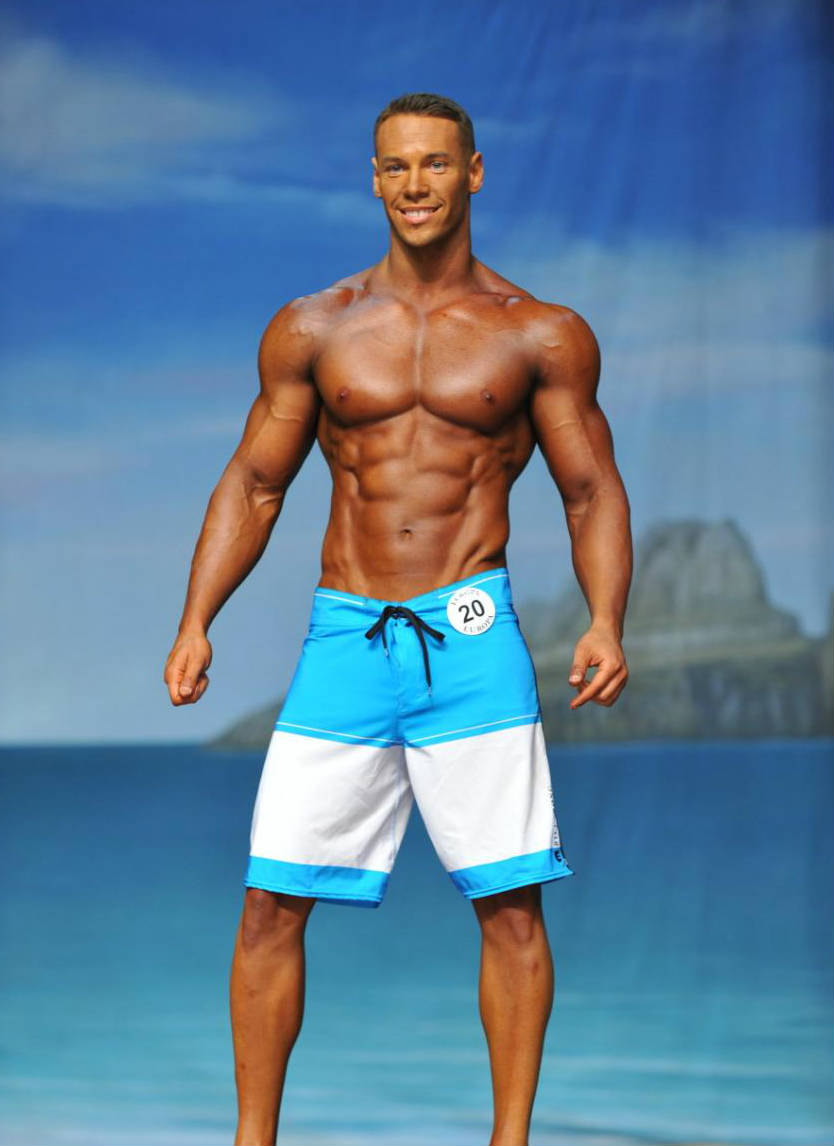 “To sculpt, we must first have concrete.”

Anton tries to keep his nutrition as simple as he possibly can. When he doesn’t have a show on the horizon he eats occasional “unordinary foods” such as pancakes with syrup and fruit.

He always writes down his nutritional goals before starting the off or in season, retaining the vision of where he wants to be aesthetically. He also stays as consistent as he can, saying that sporadic eating habits will confuse the body.

Staying lean is Anton’s goal year- round. He avoids excess carbs and fats and chooses to eat as much lean meat as possible. Steak appears on the menu a few times a week and he grills fish, chicken ostrich and elk.

When it comes to breakfast, Anton blends oats with skimmed milk, fruit and a scoop of whey powder. With this meal, he can set up his body well for the day ahead with carbs and protein.

Before a show, he will usually eat lean meats and vegetables. He will cut out the sweet potato and brown rice with the intention of cutting down as much as he can.

Supplements are extremely important in Anton’s diet. He says that, without them, it would be much harder for him to look like he does.

His supplements of choice are whey protein, multi-vitamins, fish oil, green tea extract, chlorella, spirullina and BCAA’s. He needs these supplements for general immune system function, as well as muscle and tissue reparation.

After an off-season workout, Anton likes eat a quick meal and flood his body with nutrients. He’s kept the same post-workout meal for many years; eating a large sweet potato blended with blueberries, oats, protein powder and egg whites.

After he has drank/ate this mixture, he will cook a solid food meal. This will usually include lean meat and some high quality carbs such as brown rice. 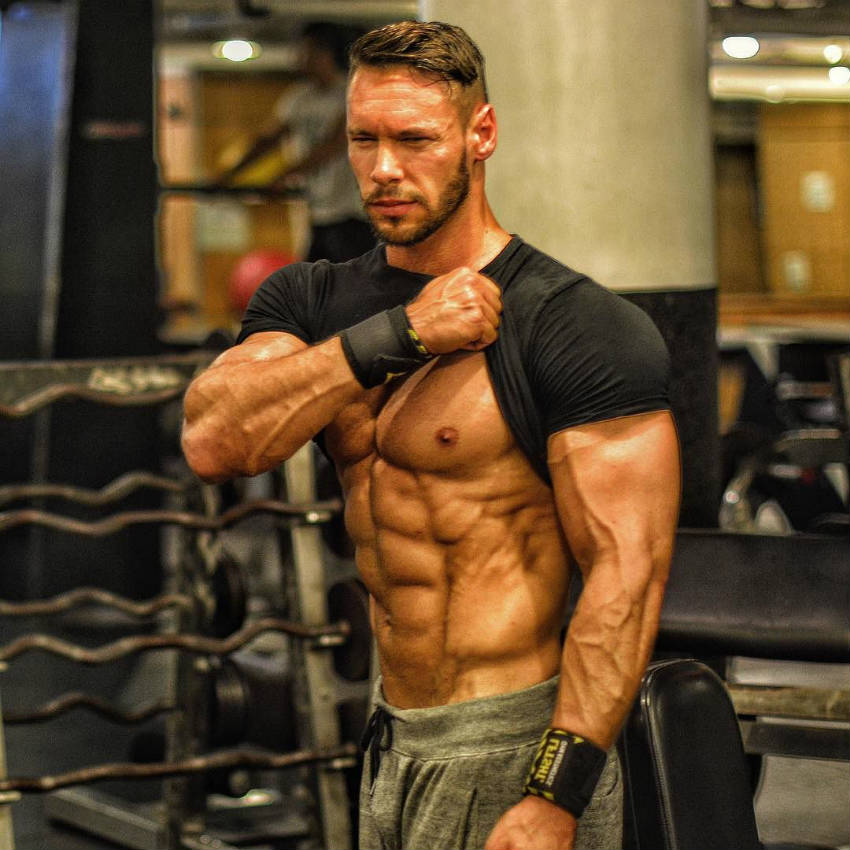 Anton stays very consistent with his dieting. He also respects people who follow a similar path. One of his idols in the sporting world is the MMA fighter Vitor Belfort – due to his consistent and hard-hitting approach to life and training.

The IFBB professional bodybuilder Ben Pakulski is another one of Anton’s influences. Ben is a legend in the sport, and his humbleness in success is something Anton admires. 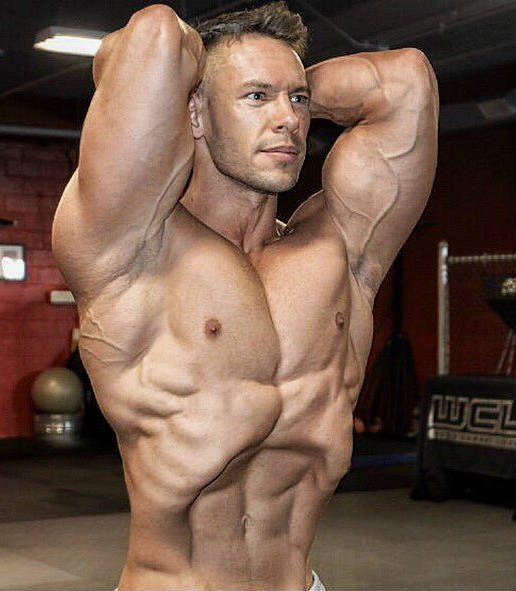 What we can learn from Anton Antipov

Anton’s story shows how important consistency can be. His consistency in his nutrition and training has allowed him to make continual gains and improve everyday.

One of his favorite sayings is “to sculpt, we must first have concrete.” It may be useful remember this piece of advice when you are struggling to reach your goals. Consistency is very important, but a positive mindset is key.

I have long been a very keen an of Anton. He has the consummate looks & physique for a fitness model, always looking flawless.
I wish him the very best of health, success & happiness in the future.