Anthony Perez, otherwise known as ‘A Train’ is an American bodybuilder who went from sporting beginnings to become a success on the bodybuilding stage – earning his IFBB Pro Card in 2013. However, he had to overcome injury setbacks and insecurities about his body in order to get there.

Throughout his time in high school, he took part in competitive sports such as soccer and basketball. But his sporting passions were cut short when he suffered a serious knee injury. Anthony was left devastated, with his dreams of becoming a professional soccer player no longer a possibility.

But one day, he bounced back to find a love for water sports including swimming and water polo, breaking a 30 year school swimming record along the way. But soon enough, he became unhappy with the way he looked, leaving him with low self-esteem.

However, he then found bodybuilding. It offered him the chance of a fresh challenge in his life – something he realized that he craved. After achieving success on the bodybuilding stage, he propelled to fame, offering him the chance to help others when he became a personal trainer. 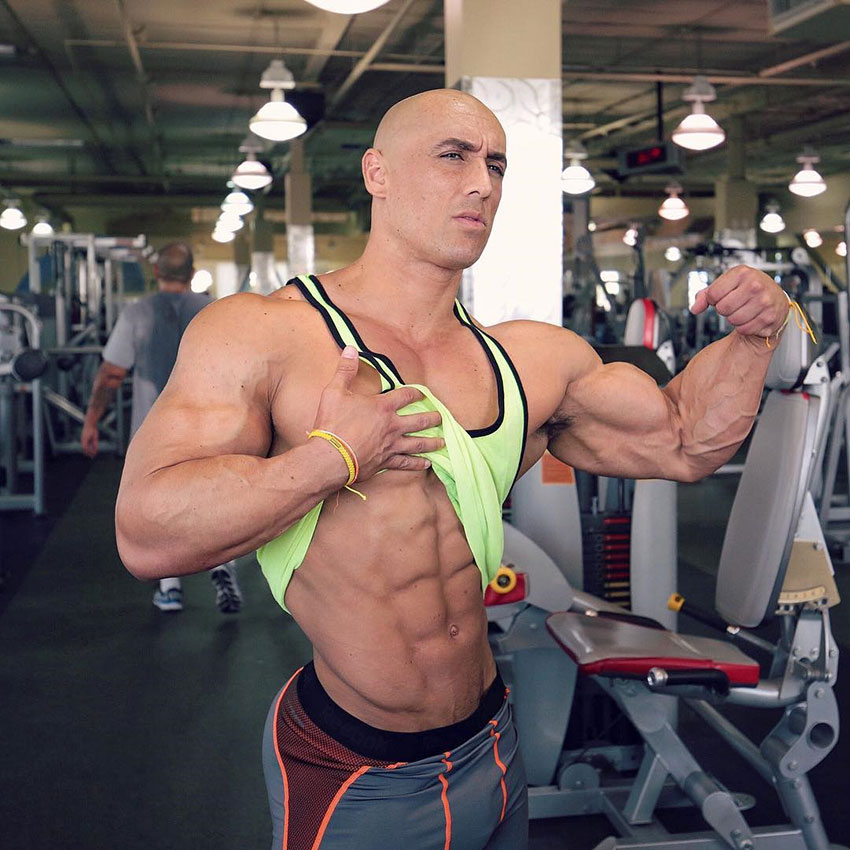 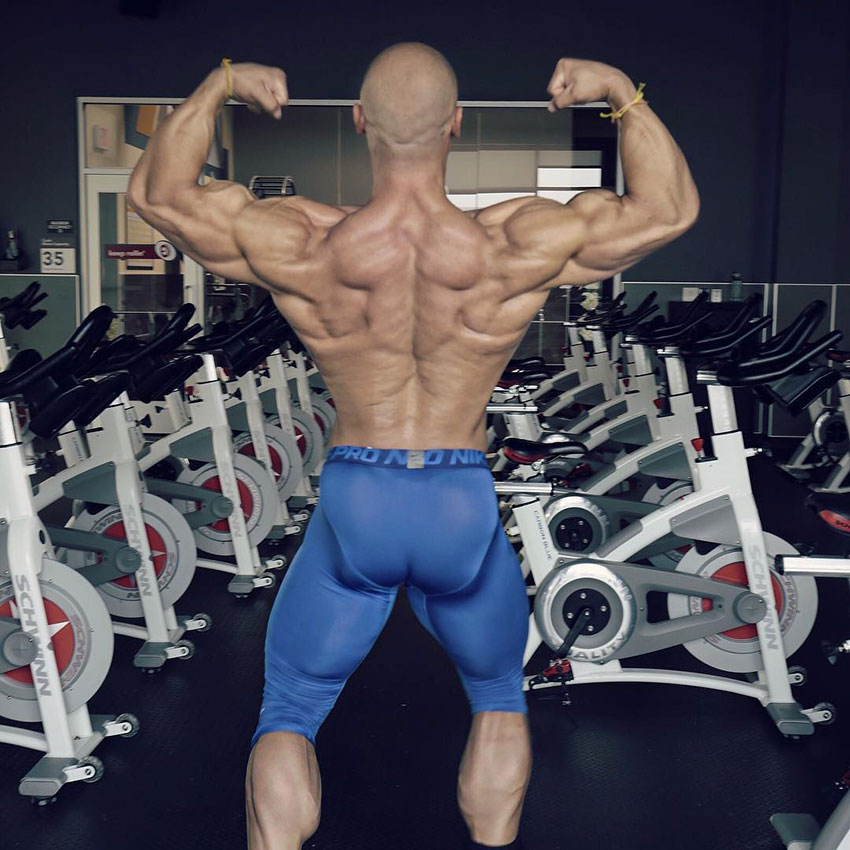 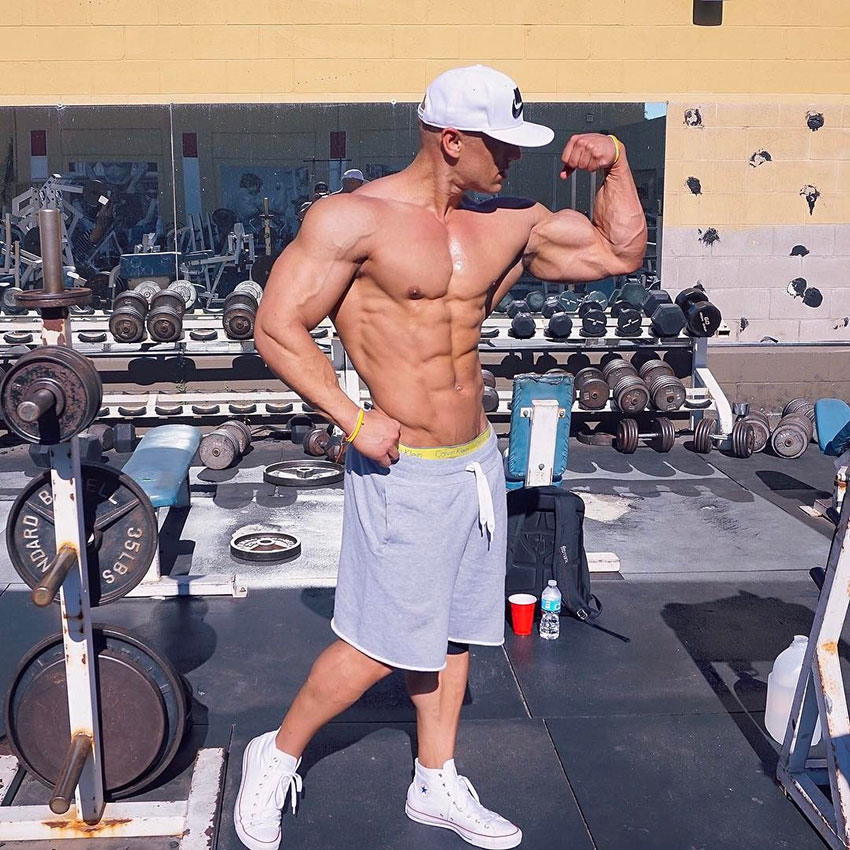 Getting Started In Fitness

Anthony Perez was born in America in 1985. Sport became a huge part of his life from an early age, taking part in many competitive sports ranging from soccer to basketball.

Soccer was his main focus, being the sport he was most passionate about. But one day, his love for the sport came to a grinding halt. He suffered a serious knee injury that left him sidelined – his dreams of becoming a soccer player were all but over.

Anthony was left devastated, not knowing where to turn. But, soon enough, he found his calling. Upon starting high school, Anthony started taking part in water sports instead. This was soon one of his greatest passions, taking part in swimming and water polo regularly.

Performing these water sports meant that Anthony had to get up at 6 a.m., teaching him important life lessons including discipline and hard work – something that he continued throughout his life.

Anthony’s heavily active lifestyle meant that he had a skinny frame due to burning more calories than he was consuming. As a result, Anthony was self-conscious about the way he looked – he was uncomfortable in his own skin.

During this period, Anthony was working with his father in the family business, which was something that he enjoyed. However, he wanted to make something more of his life. It was at this point, Anthony realized that he needed to make a change.

He began training at Gold’s Gym, where he was taken under the wing of a veteran weightlifter. He taught Anthony everything he needed to know about building muscle – from then on, bodybuilding began to be a huge part of his life.

Anthony gave it his all in the gym. Soon enough, he quickly began to reap the benefits from his workouts. Anthony soon realized he now craved a personal challenge. This is when he decided it was his wish to become a competitive bodybuilder. 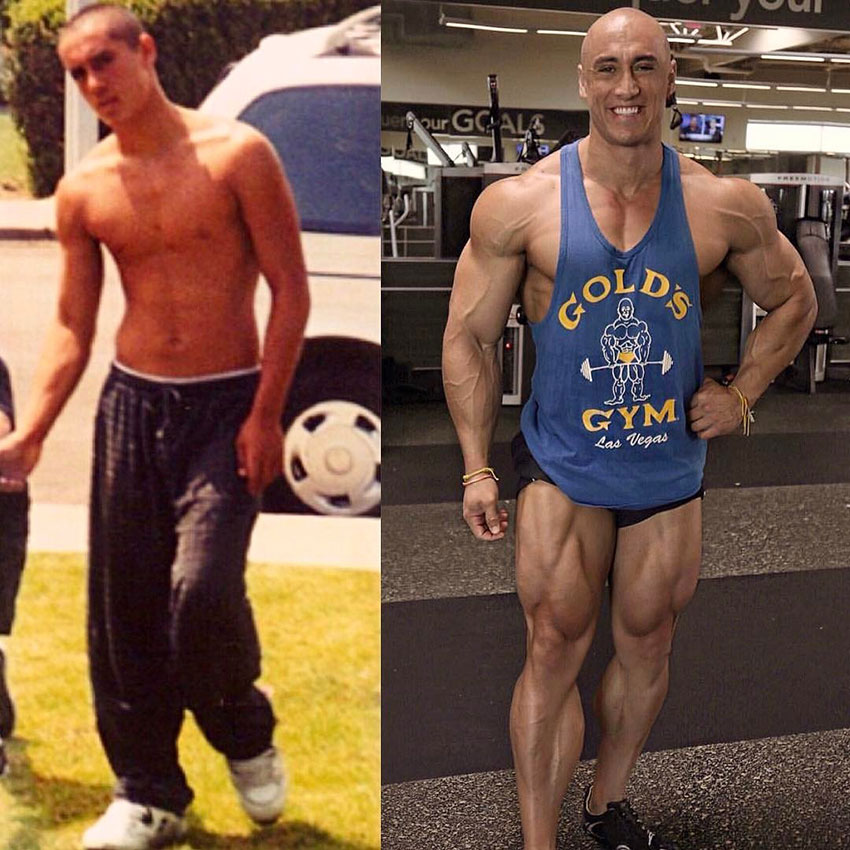 Anthony took the steps to start competing on stage in 2012. After undergoing preparations for his first competition, he entered the NPC USA Championships, where Anthony finished in 12th place in his weight class.

This wasn’t the result he was hoping for, but Anthony didn’t let this drive him away from the bodybuilding stage. By the time 2013 came along, Anthony began preparing for the biggest competition in his career so far.

He entered the IFBB North American Championships, where he stormed to a first place finish. This was the highlight of his career, as this was the competition where he earned his Pro Card. Anthony was immensely proud of his achievement – enabling him to keep pushing forward to achieve more.

However, Anthony then realized that he wanted to take a step back from competing. It was at this point, it was his wish to help others achieve their fitness goals. To achieve this, he turned to a career as a personal trainer.

Anthony continually set himself new goals to achieve great things in his fitness career, such as winning his IFBB Pro Card. Anthony cites this as one of the biggest reasons for his high levels of motivation.

But now, it is his passion to help others follow in his footsteps. Becoming a personal trainer allowed Anthony to achieve just that, with his business quickly taking off. He stated the following in regard to his desire for helping others:

“Competing has given me back my own personal drive, but there is nothing like helping others”. 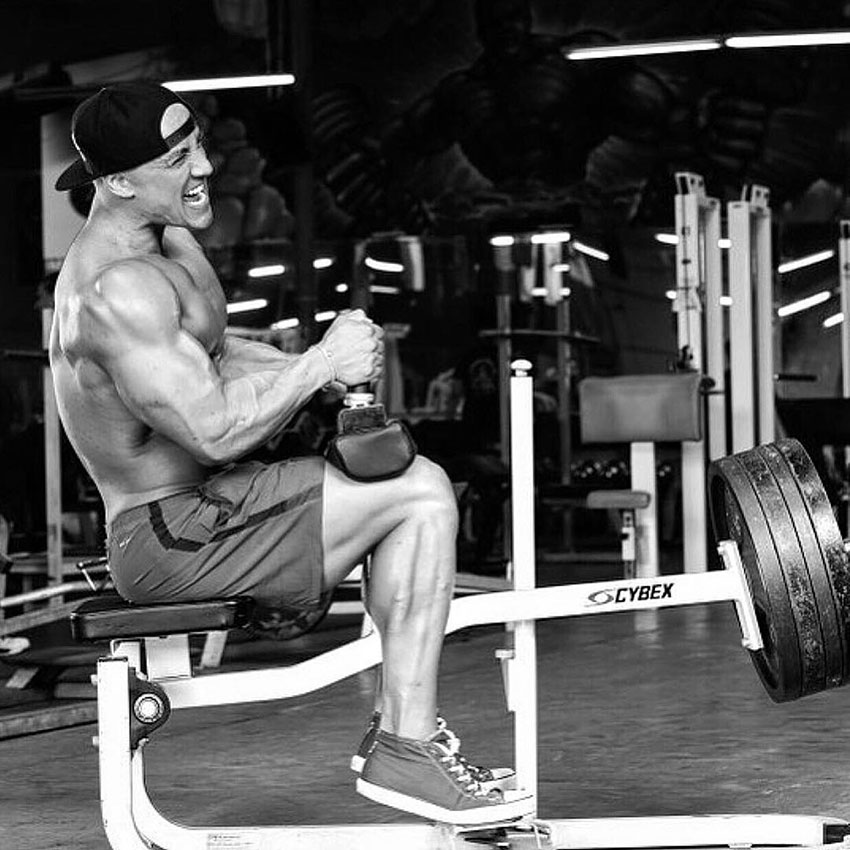 Anthony trains hard in the gym, ensuring that he can grow at a fast pace. He has tried various methods of training in the past, taking a while to find the one that works best for him. Eventually, he settled on heavy lifting, citing this as his favorite training method:

“I train every muscle group once a week, heavy as I can all the time. I do this because it’s what I find fun. I’ve done dozens of different routines from hypertrophy, to push pulls but what I enjoy most is lifting heavy”.

Furthermore, Anthony lists his most frequent exercises as deadlifts and squats. By using these compound lifts in his workouts, Anthony can progress onto heavier weights on a regular basis.

In addition, Anthony enjoys working on his calves. This is Anthony’s favorite body part, so he places a lot of focus on training this muscle group. 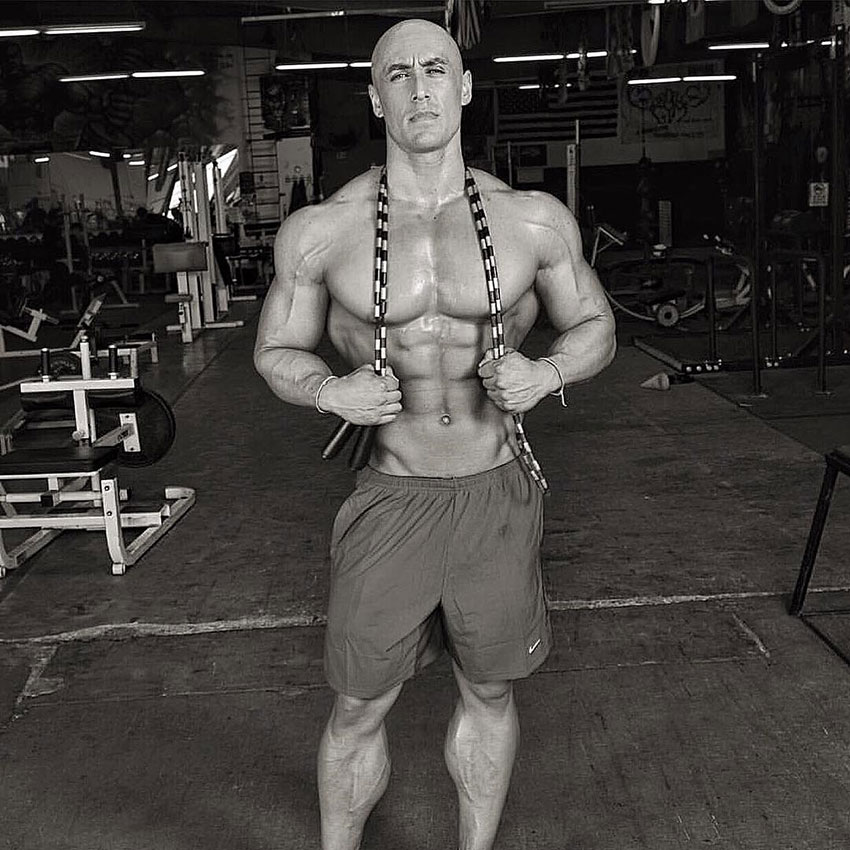 Anthony follows a flexible diet (IIFYM) so that he can maintain his shredded physique. This way of eating allows him to eat whichever foods he likes as long as it’s within his macronutrient goals.

Anthony’s overall diet contains healthy fats, lean proteins and complex carbohydrates, along with a variety of fresh fruit and vegetables. However, he allows himself to eat cheat foods for an extra incentive to reach his fitness goals.

In addition, Anthony uses the following supplements in his diet: 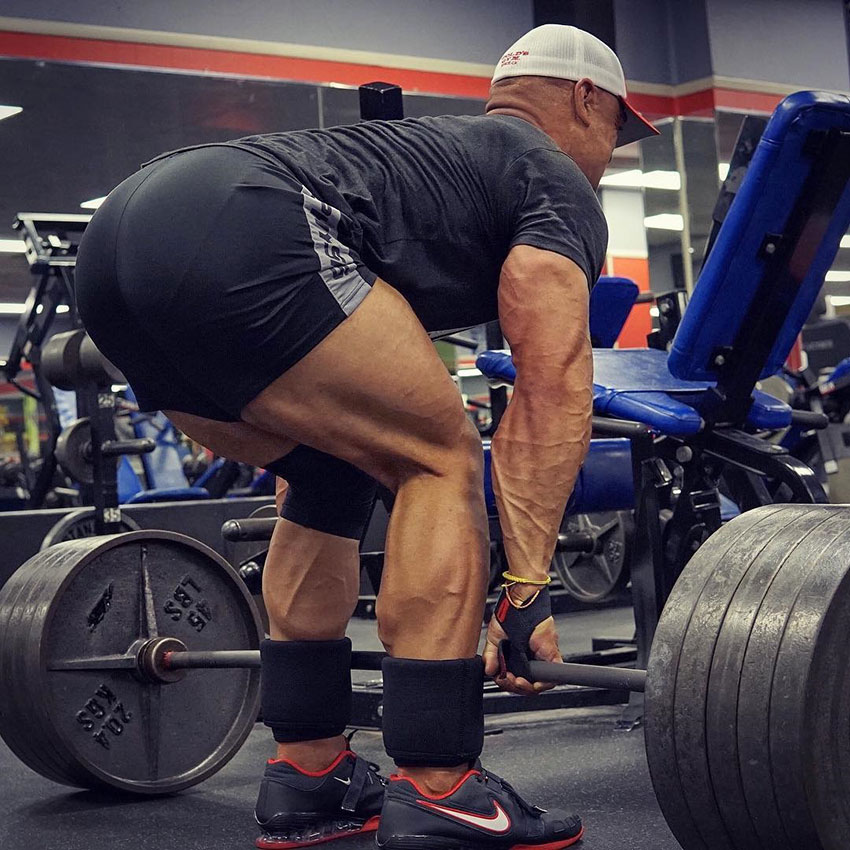 Anthony stays motivated by seeing the progress his clients make. When he soared to fame across social media, he began receiving messages commending him on his achievements, as well as thanking him for his inspiration.

As a result, this gave Anthony all the motivation he needed to keep pushing forward in his life. Here’s Anthony talking about his inspirations: 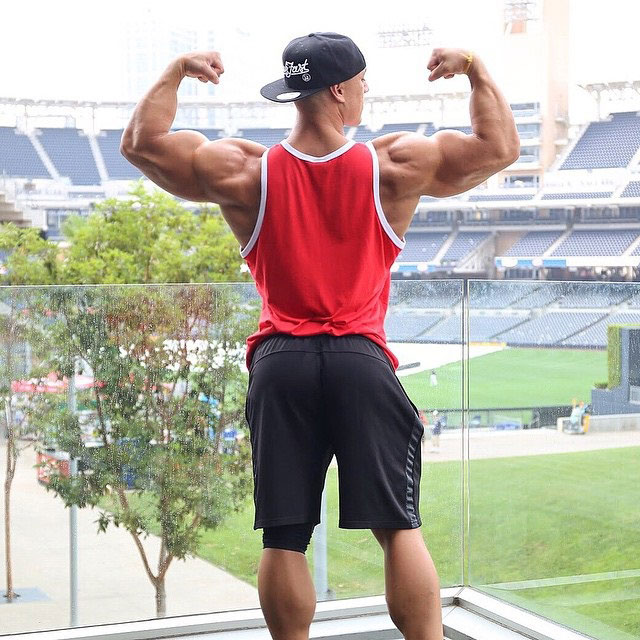 What we can learn from Anthony Perez

Anthony Perez was able to overcome insecurities about his body, to build upon the passion for competitive sports he established from an early age. As a result, he developed into a successful bodybuilder, earning his Pro Card in 2013.

From then on, Anthony realized that he wanted to help others achieve things they never thought they could. It was at this point, he started personal training – offering Anthony the chance to fulfill his desire for helping others.

What we can learn from Anthony Perez is; when you form a foundation for your fitness journey from an early age, this can give you the platform to achieve many great things in your life – just like Anthony.

you are a wonderful specimen of clean well figured man and very much pleasing to the eyes . I wish you much success to your career and your endeavors filled in fortunes…