Andre Smith is an IFBB professional Men’s Physique competitor from the USA. He had won almost every amateur show he participated in while he was on his way to becoming a Pro.

Growing up, Andre was a very competitive individual. He took part in every sport his schools had to offer, excelling in all of them.

However, after finishing high school, Andre’s life took a different turn – he enlisted in the U.S. Army and went on to serve on three different continents as a Military Policeman.

After his days in the Army were over, Andre started a new career in fitness to become a bodybuilding competitor. During the 2014-2016 period, he participated in over 10 shows, winning the esteemed Pro Card in the process. 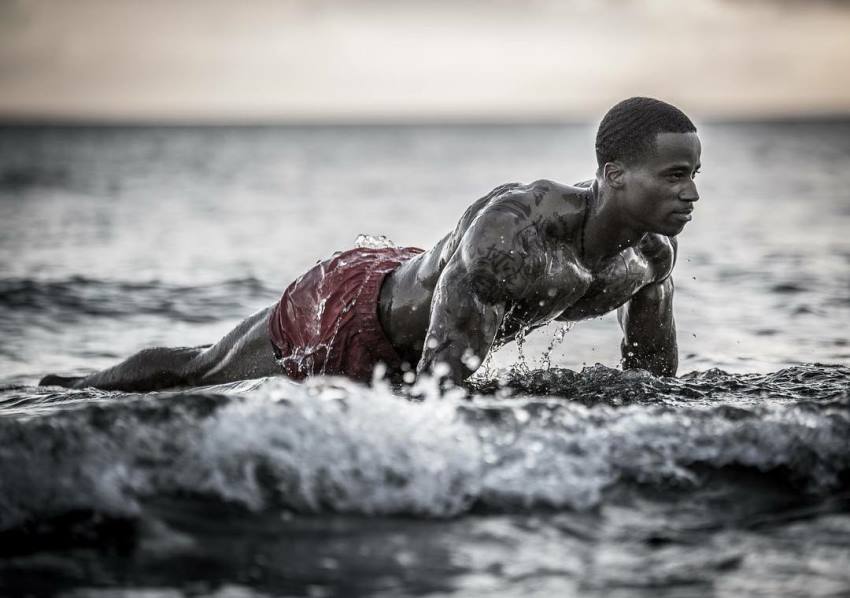 “Remarks of others never changed my view.” 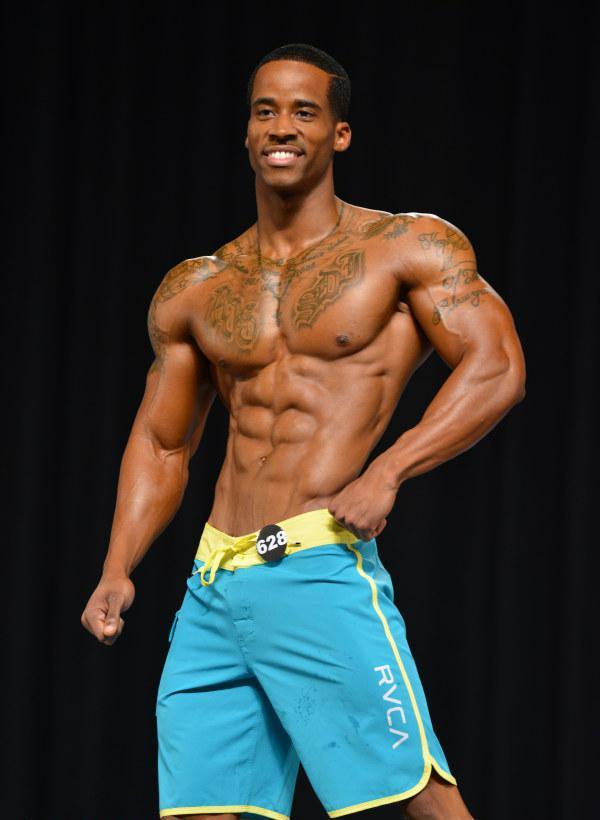 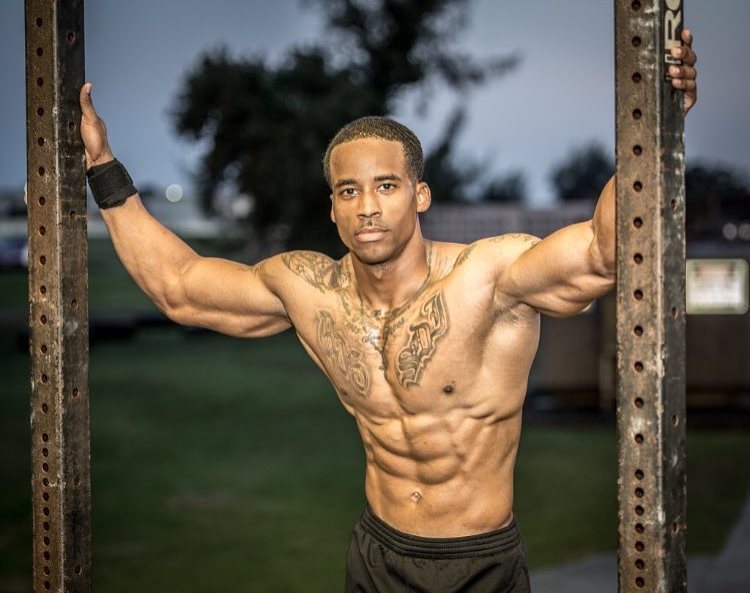 From Playing Sports to Serving in the Army

Born in the United States, Andre Smith spent most of his time playing competitive sports growing up. In Andre’s own words; “I spent most of my life as a student athlete that loved to compete.”

However, after finishing high school, Andre left sports behind in order to serve in the Army.

During his service, Andre traveled all around the world, including Europe, Asia, and Africa. Throughout the process he served in three different Military Operations as a Military Policeman.

Andre faced many challenges throughout this process, and one of them was that he was far away from his family. However, he was awarded a Bronze Star after his last deployment, as a token for his excellent service. 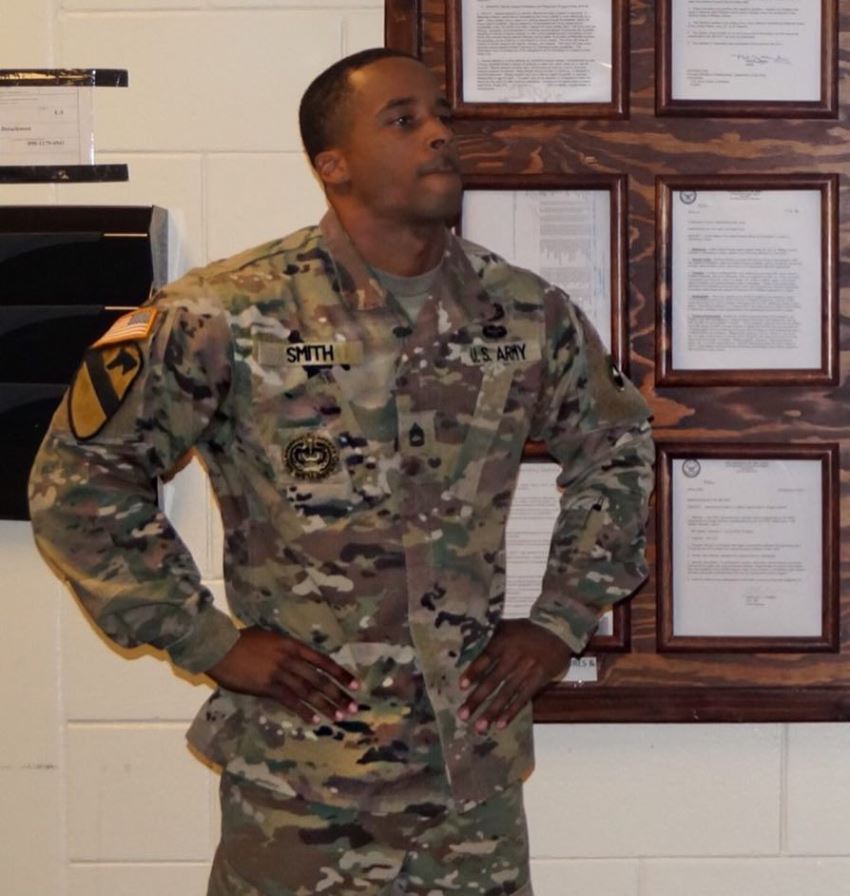 Upon his return home, Andre realized his competitive nature was still very much alive, and as a result he decided to enter the world of bodybuilding.

He started working out daily, curious to see how he would fare against other bodybuilding competitors.

After almost one year of ‘hardcore’ training and dieting, Andre built an impressive physique.

Shortly after, in the Spring of 2014, he made his debut on the bodybuilding stage; surprisingly, winning the contest.

However, winning his debut show was just the beginning of Andre’s impressive streak on the stage. For the next two years, he took part in five amateur shows; winning four of them.

Moreover, one of the shows Andre won was the 2015 NPC National Championships. It was here that he was handed his hard-fought Pro Card. 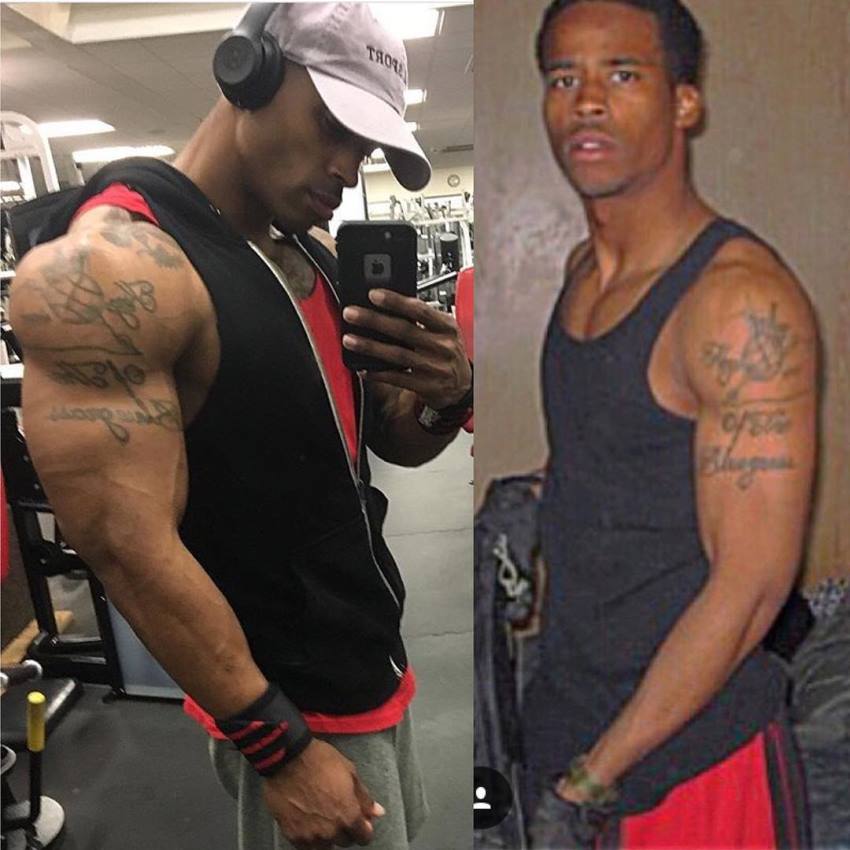 Following a standard 6-day workout program, Andre says there isn’t much to his training that separates him from other physique competitors.

It’s his work ethic, discipline, and commitment to his bodybuilding quest that make him outshine his opponents on the stage.

All in all, Andre’s workout sessions last anywhere from 60-90 minutes, with an additional 15-30 minutes of cardio every other day. He trains heavy, and with a lot of volume; taking as much rest between the sets as he needs.

With Andre being an IFBB Pro and highly experienced athlete, he knows his way around the weight room and how to make the body grow in the most efficient way possible.

If Andre notices that his muscle growth is slow, he might change things up in his training routine. Specifically, he’ll include Optimized Volume Training or OVT.

This involves focusing on one muscle group at a time with 10 sets of 10 reps split between two exercises. This makes it similar to a super-set. The reason bodybuilders like Andre might use these methods is that they put a lot of stress on his muscles – forcing them to grow.

As for cardio, Andre likes doing HIIT. This is an abbreviation for High-Intensity Interval Training, and it includes doing short bursts of extremely intense physical activity like sprints.

Although Andre loves lifting weights, adding cardio to his routine gets the blood pumping and increases fat burning, which helps him get ready for a show faster. 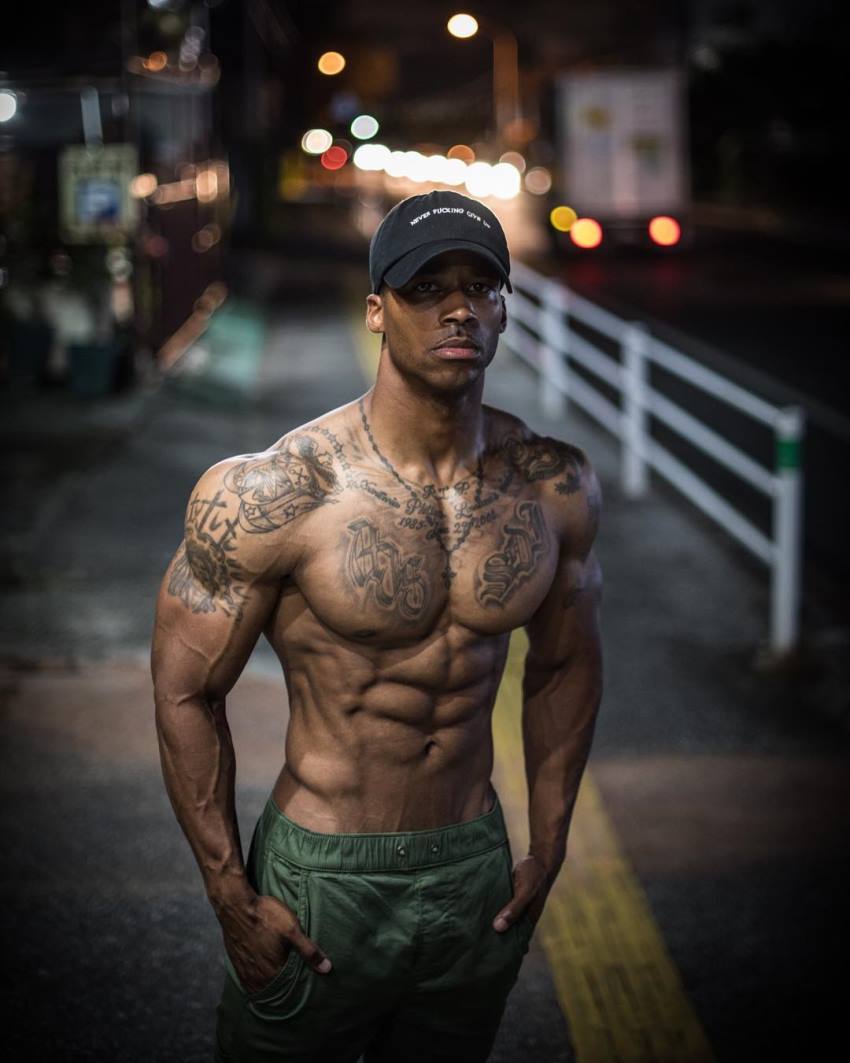 Andre Smith likes to change his diet up often; sometimes eating extremely clean and healthily, or sometimes, following an IIFYM (If It Fits Your Macros) approach. It all depends on which stage Andre is in, as well as what his goals in fitness are.

For example, if Andre is several weeks out of a competition, he’ll only eat lean foods and drink a lot of water to lose body fat and preserve as much lean muscle as possible.

However, if he doesn’t have any particular event coming up, Andre will give himself more freedom to include cheat meals and an occasional drink.

Although Andre’s exact daily meal plan isn’t known, bodybuilders like him often include the following foods into their diet:

Andre might supplement his diet with a whey protein shake, in case he requires more of the macronutrient to reach his daily intake. 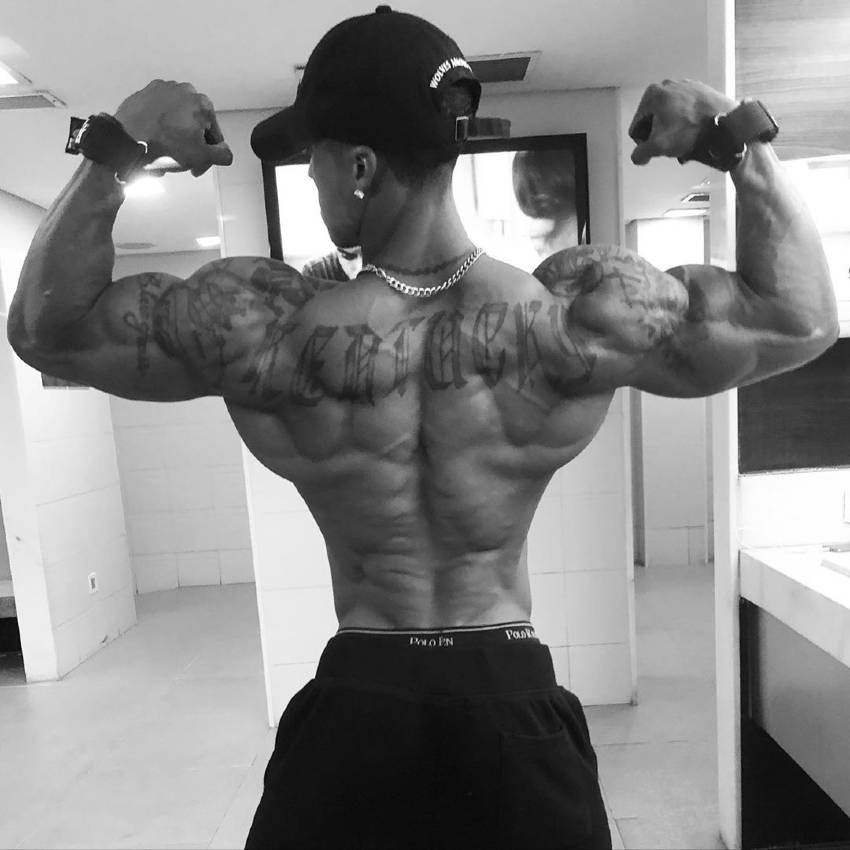 Andre’s early influences came from the period he spent serving in the U.S. Army. This later shifted towards bodybuilding when he came back home from his Military Operations. It’s clear to see his drive and passion are what shot Andre into the world of competitive bodybuilding. 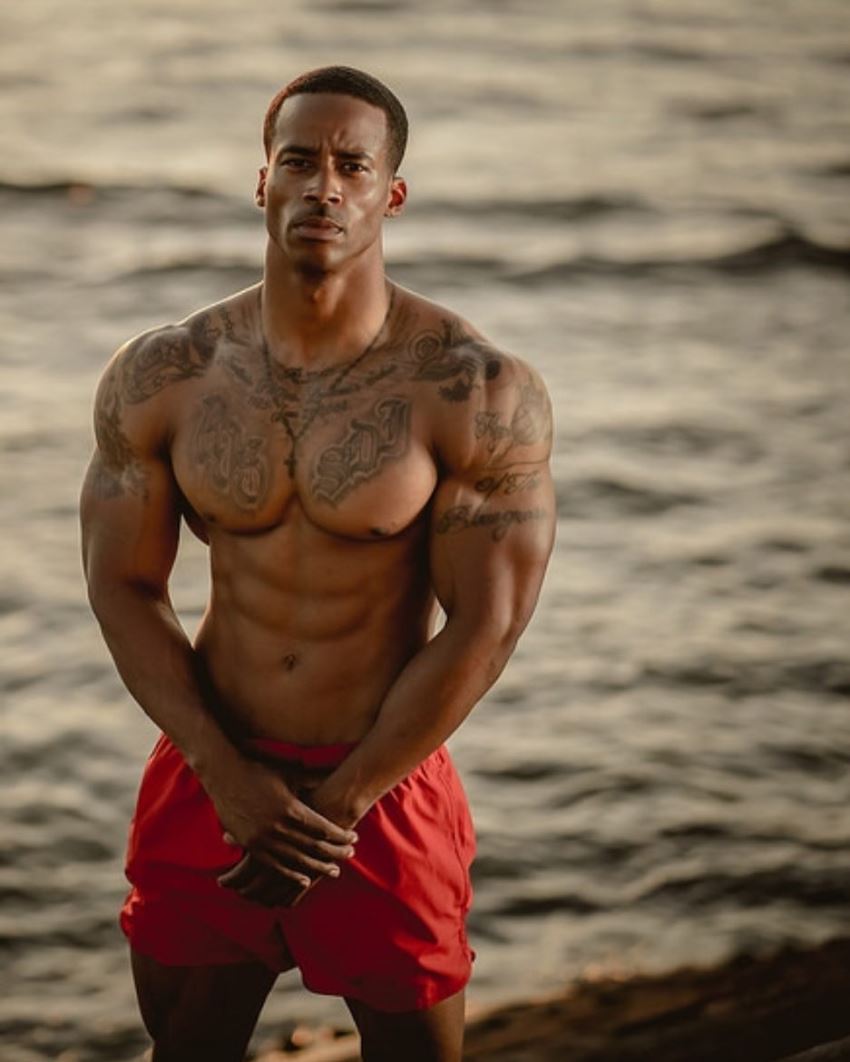 What we can learn from Andre Smith

Andre Smith spent his childhood and teenage years excelling in a number of sports. After high school, he decided to change the direction in which his life was going, and join the U.S. Army.

When he came back, he realized fitness and competitive lifestyle was something he couldn’t live without, so he started a career as a Men’s Physique athlete. It wasn’t an easy process, but with his dedication and hard work, Andre made it into the elite league of the IFBB.

Looking back at Andre’s story, it’s clear that road towards success is all but straightforward. It includes many moments of ups and downs, and also, turns away from the main goal.

However, if you can keep going despite the obstacles, then reaching your goals, be it in fitness or something else – is always possible.