Alon Gabbay is a bodybuilder who was born in Germany in 1987. He relocated to his parents’ native homeland Israel at the age of 3, growing up there throughout his childhood. But, it was during this period, his life took a turn for the worse.

He began suffering from ADHD (Attention Deficit Hyperactivity Disorder) which had a negative impact on his school life. He became a victim of bullying, which deeply affected his self-confidence. Because of this, he began to follow a dark path – becoming addicted to drugs.

However, he soon found that his lifestyle was doing him no good. At this point, he wished to transform his life for the better, so he moved back to Germany for a fresh start. Soon enough, he found fitness.

As a result, he was able to completely turn his life around – becoming the best possible version of himself. In the process, he became a sponsored athlete, fitness model and social media celebrity. 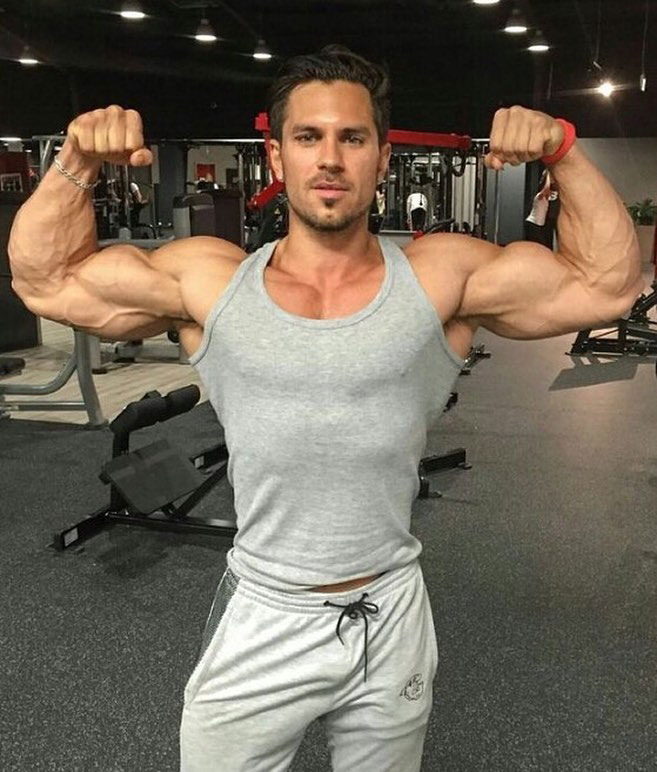 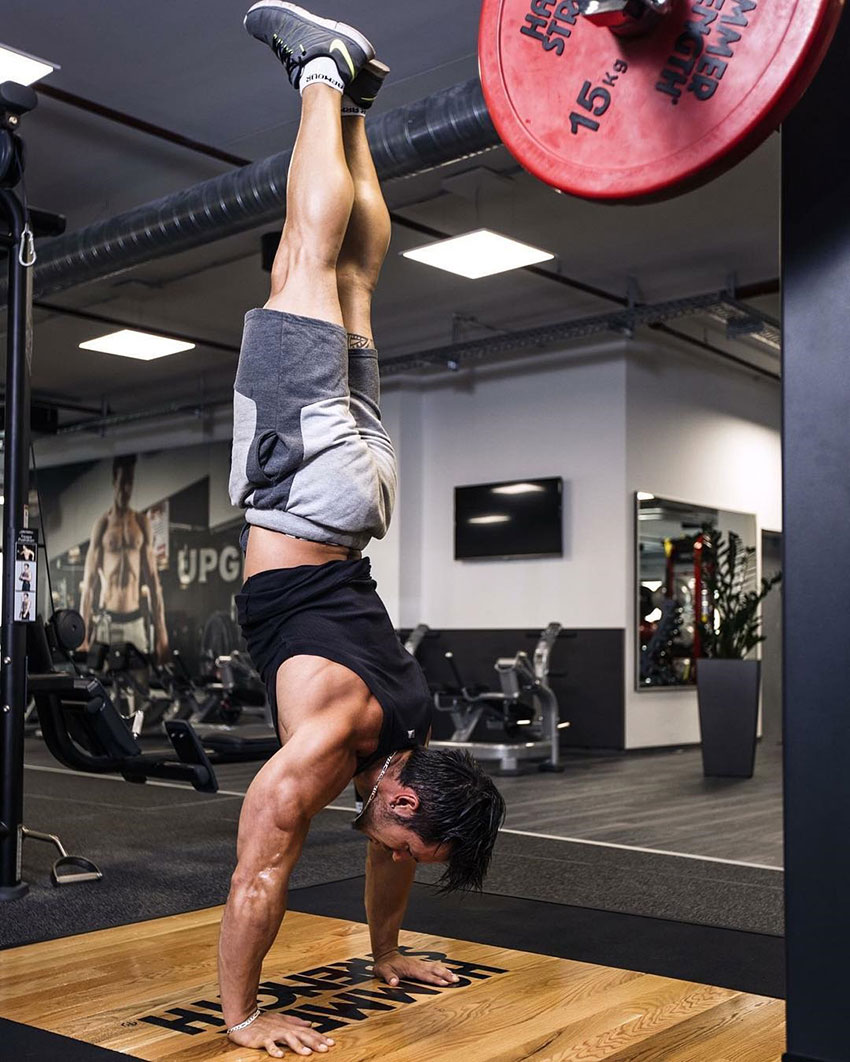 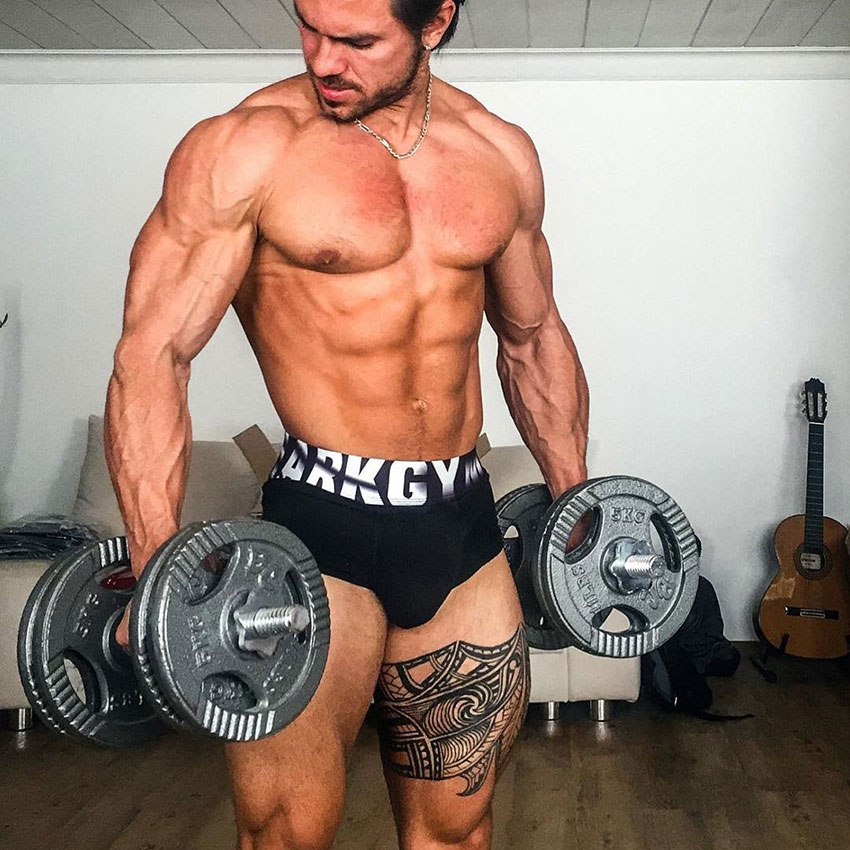 Alon was born in Germany in 1987. But, by the age of 3, his parents made the decision to return to their homeland – Israel. This is the place where Alon spent his childhood. However, his life soon went downhill.

Throughout his time in school, Alon began to suffer from ADHD. This was a difficult time for him as he became a victim of bullying due to his condition. This had a negative impact on Alon’s life, really taking its toll on him. Because of this, he had little self-confidence – if any at all.

At this point, Alon sought a way to cope with the negative aspects of his life – turning to a life of drug addiction at the age of 14. This continued to be a release for him right up until the age of 17.

However, Alon soon realized that he wasn’t doing himself any favors with his drug habits. It was at this point, Alon decided to move back to Germany. He wanted to reinvent himself as a better person, while at the same time, obtain a fresh start.

Finding Fitness and Working In His Uncle’s Factory

At the age of 17, Alon relocated to Germany to begin working as an apprentice locksmith at his uncle’s factory. This was a chance to earn a living for himself so that he could keep pushing forward in his life.

However, he had little knowledge of the German language due to growing up in Israel. This made life difficult for him, so his time spent working in the factory was short-lived. At this point, Alon was forced to start working at a fast food restaurant in order to make ends meet.

After a while, Alon realized that he needed to make a change in his life. He was working in a job that he hated, earning just enough money to get by. It was at this point, Alon began weightlifting.

Fitness quickly turned into something that Alon loved. It offered him the chance to restructure his life in a positive way, overcoming the negative aspects that previously got the better of him. 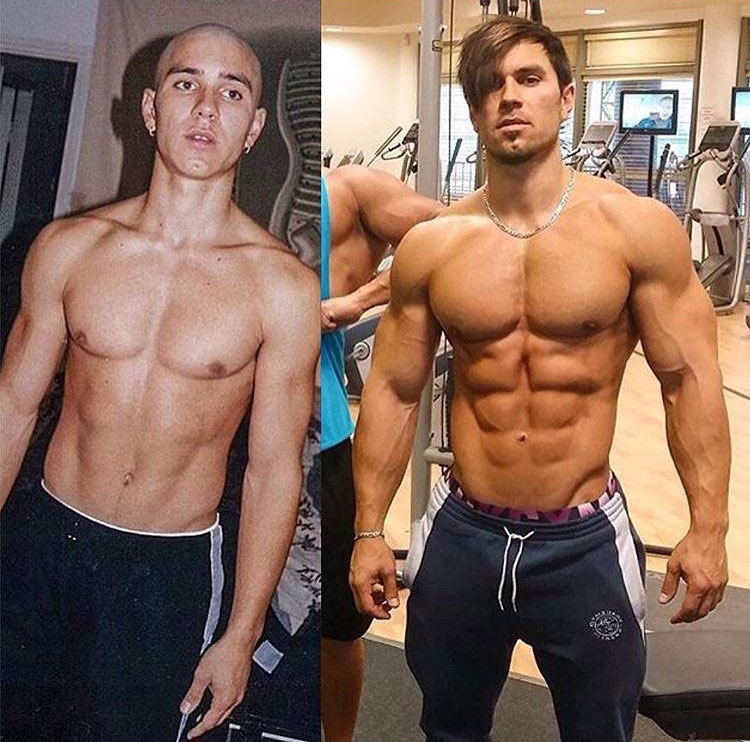 Alon in his earlier days compared to how he looks now

After a while living in Germany, Alon wanted to broaden his horizons so that he had other avenues to follow in his life. He wanted to build upon his other passions, so he began teaching himself web and graphic design.

This quickly became a huge area of interest for Alon. At this point, he set up his own website so that he could begin to offer his services as a graphic and web designer. Alongside this, he set up YouTube channels in both German and English – beginning to share his fitness journey with others.

After spreading the word of his life’s story online, his fitness career was kicked into overdrive. He rose to fame across social media – becoming an inspiration to many people across the world.

Soon enough, he began to receive fitness modelling jobs on a regular basis. This was something that he had worked extremely hard for. As a result of his new-found fame, Alon was able to quit his job working in the fast food restaurant – a reminder of his dedication to improve his life.

Alon’s life completely changed the moment he found fitness. From then on, his fitness career quickly took off. He began sharing his journey openly online, commended by his fans for being honest about his past.

At this point, he became a fitness model and sponsored athlete. This meant that his fitness career had excelled massively. As a result, he was able to make a living from something that he had a huge passion for – bodybuilding.

However, Alon’s focus is now on his other areas of interest in his life. He found success working as a web designer and photo editor, so he intends to keep pushing forward in the sector. Despite this, Alon ensures that he regularly trains in the gym to maintain his great physique.

Through sheer dedication and commitment, Alon put in the past his darkest days. Because of this, he’s able to live his life in a more positive way. 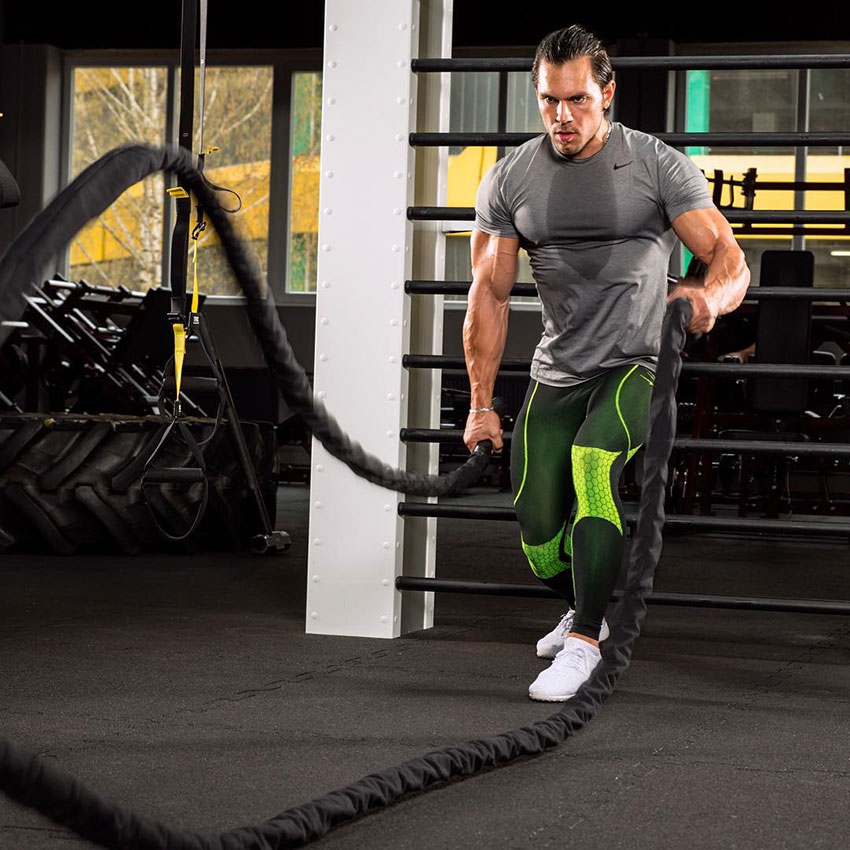 Alon works out in the gym on a regular basis, usually 6 days per week to remain on target to reach his fitness goals. Additionally, Alon’s workouts are of a high intensity, allowing him to continually gain lean muscle mass. Here’s Alon talking about his three favorite exercises:

“Deadlift, bench press, and squat. Those are the basic blocks of bodybuilding exercises and also the best. They cover 80% of my hard work in the gym”.

A training split that Alon has used in the past with well-known bodybuilder Sergi Constance looks something like this: 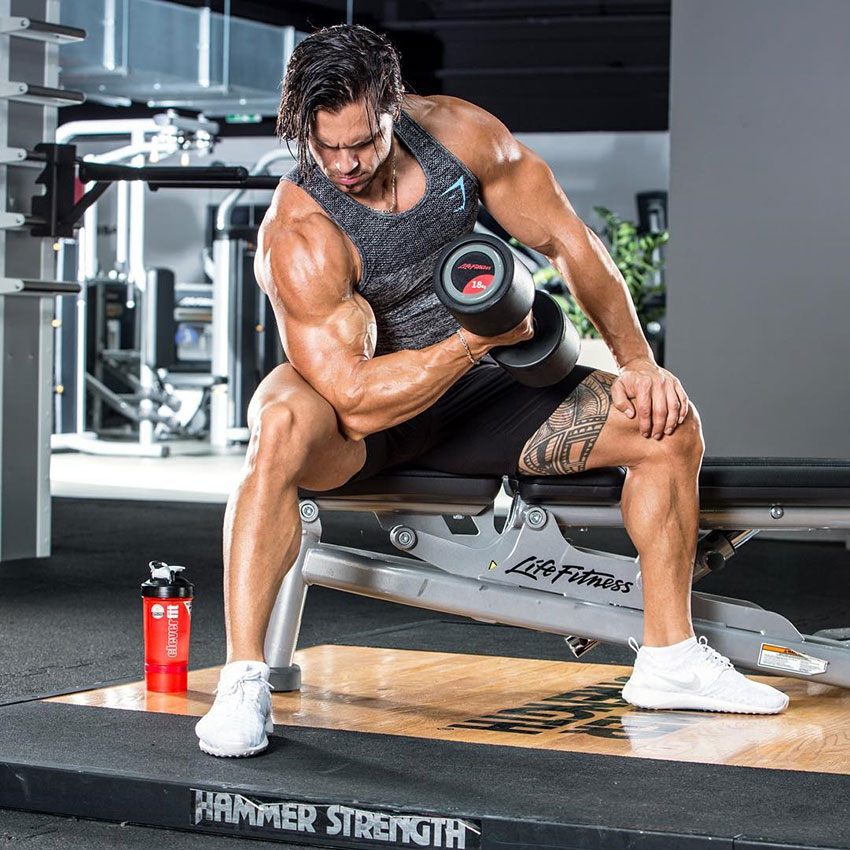 Alon follows a clean diet so that he’s able to stay in peak condition all year round. He highlights the importance of following a healthy diet in order to obtain maximum results:

“Nutrition is the hardest part about bodybuilding, and is a key when it comes to getting peak results. I pay attention to what I am eating at any time and this is the real power of transforming your body and getting it to the next level”.

Furthermore, Alon bases the majority of his diet around lean protein and healthy fats along with complex carbohydrates. Alon’s daily diet and a recipe that he makes to satisfy his sweet tooth is listed below: 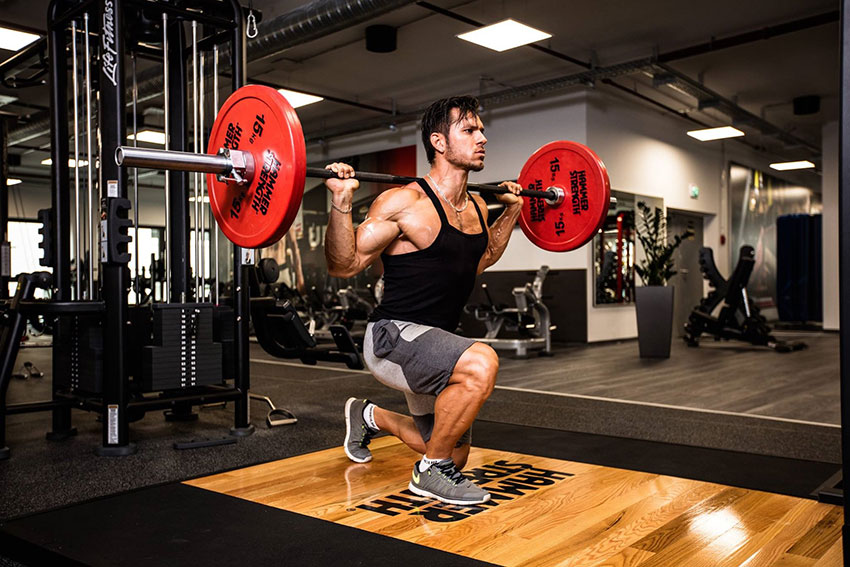 When fitness became a part of Alon’s life, it turned into one of his greatest passions. As a result, he built a physique that he has maintained ever since he began his fitness career.

Because of this, Alon has kept a self-motivated mindset so that he’s able to continually progress in his fitness lifestyle. The results he was able to achieve meant that he could keep pushing forward, reaching every goal he set for himself along the way.

Here’s Alon talking about how he maintains his self-motivation:

“I follow my own goals and ideas, I am not looking up to anyone, although I appreciate all bodybuilders and fitness models”. 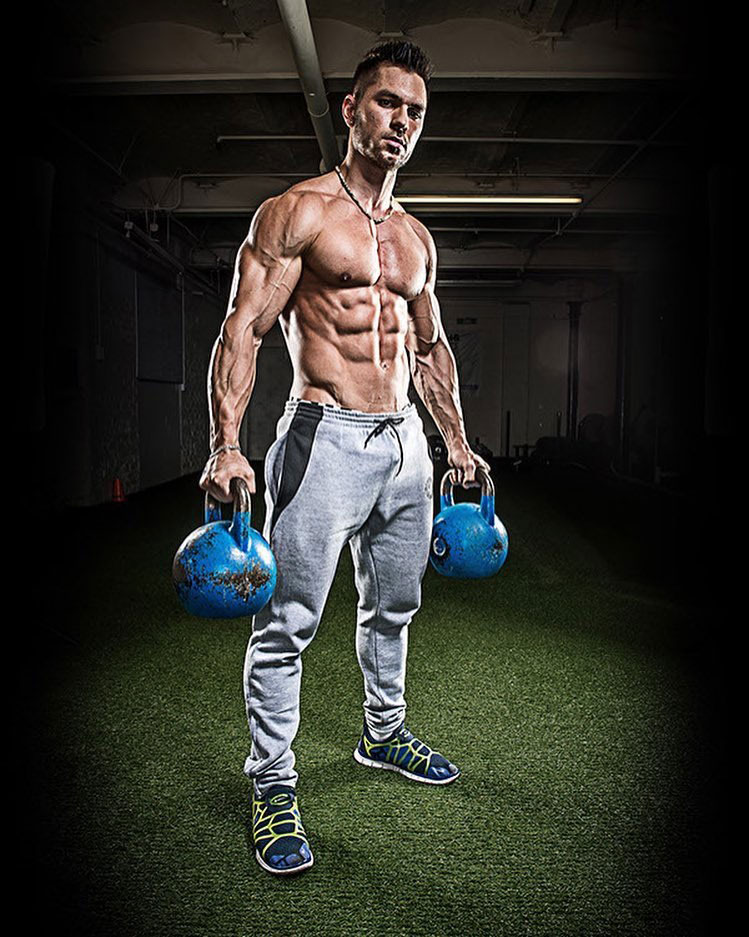 What we can learn from Alon Gabbay

Alon Gabbay soared to social media fame after he inspired his fans with the transformation that he’d made. His earlier life was filled with negativity, from suffering from ADHD and bullying to his lowest point of severe drug addiction.

However, he then found fitness. It offered him the chance to completely turn his life around for the better. As a result, he kept pushing forward to become a fitness model and sponsored athlete.

What we can learn from Alon Gabbay is; sometimes in life you might make a wrong turn, making poor life decisions along the way. But, fitness can offer you a route out of negativity. While in the process, allowing you to become the best possible version of yourself.

Hey Alon, I finally found you online. great pics and your story is quite impressive. Your thigh tatoo is pretty wild, does it have meaning? I’m so enjoying your pictures, I will search for some more. Thanx for sharing. Sincerely, Wicked Friend

Aloha Alon?? the more I am able to find and read about you online the more impressed I am! Great work @being the best you? See you in the Dragons Cavern ku’uipo ??