As a dedicated and passionate athlete from an early age, AJ Ellison made a name for himself as a formidable middle-distance runner during his high school years – becoming a champion in several events along the way. Ever since then, he took full advantage of his sporting beginnings to become a well-renowned fitness model in the WBFF.

Throughout his early life, he relocated several times with his parents. However, he didn’t let that stop him from following his passion for fitness. Later in his life, he turned to martial arts, taking part in Brazilian Jiu-Jitsu and MMA. But then one day, certain events started to affect his life.

He suffered from serious injuries including breaking his ankle and tearing his tricep, while taking part in martial arts. Just when he thought things couldn’t get any worse, his father tried to take his own life – deeply affecting AJ for a period of his life.

However, AJ learned to take any roadblocks within his stride to earn success on the fitness and modelling stage – winning his WBFF Pro Card in 2011. From then on, his fitness career excelled to the point he became a personal trainer and sponsored athlete. 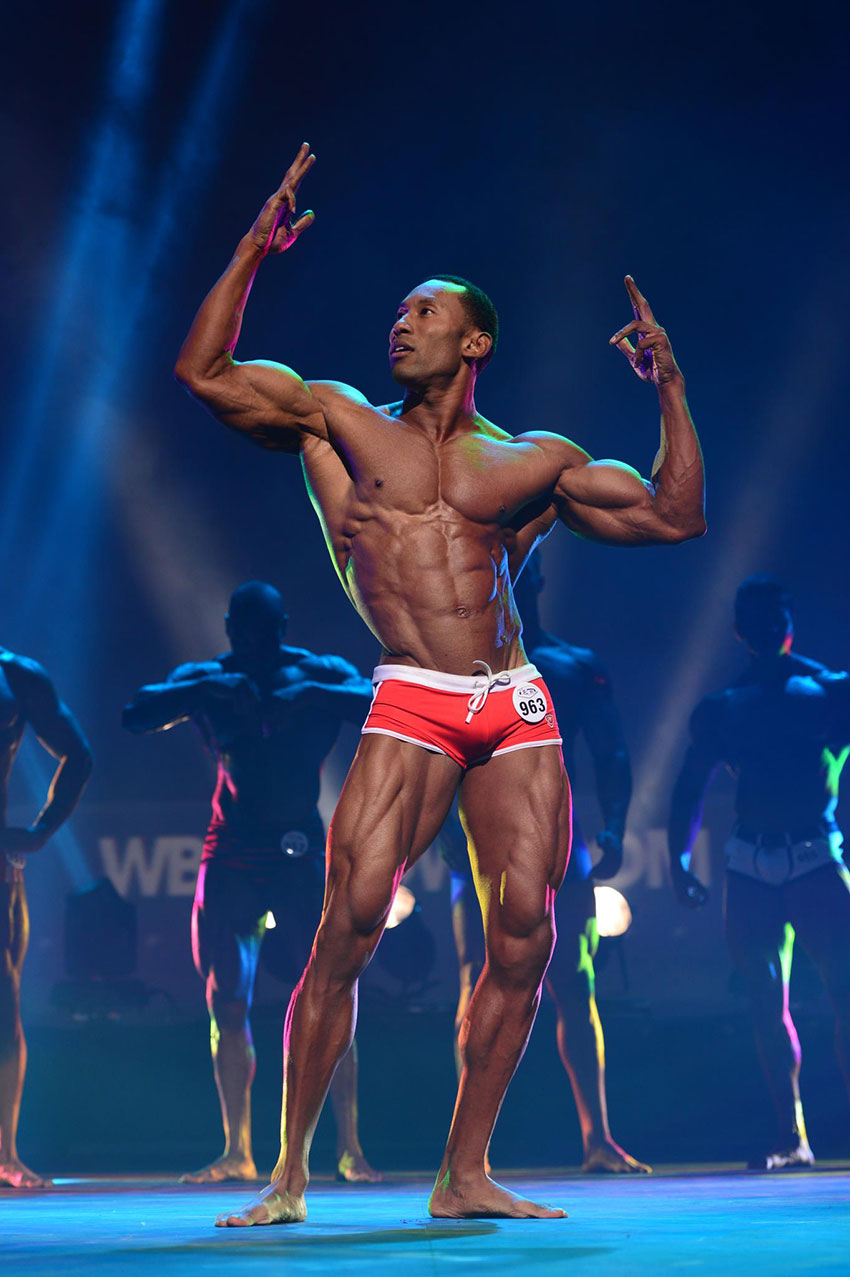 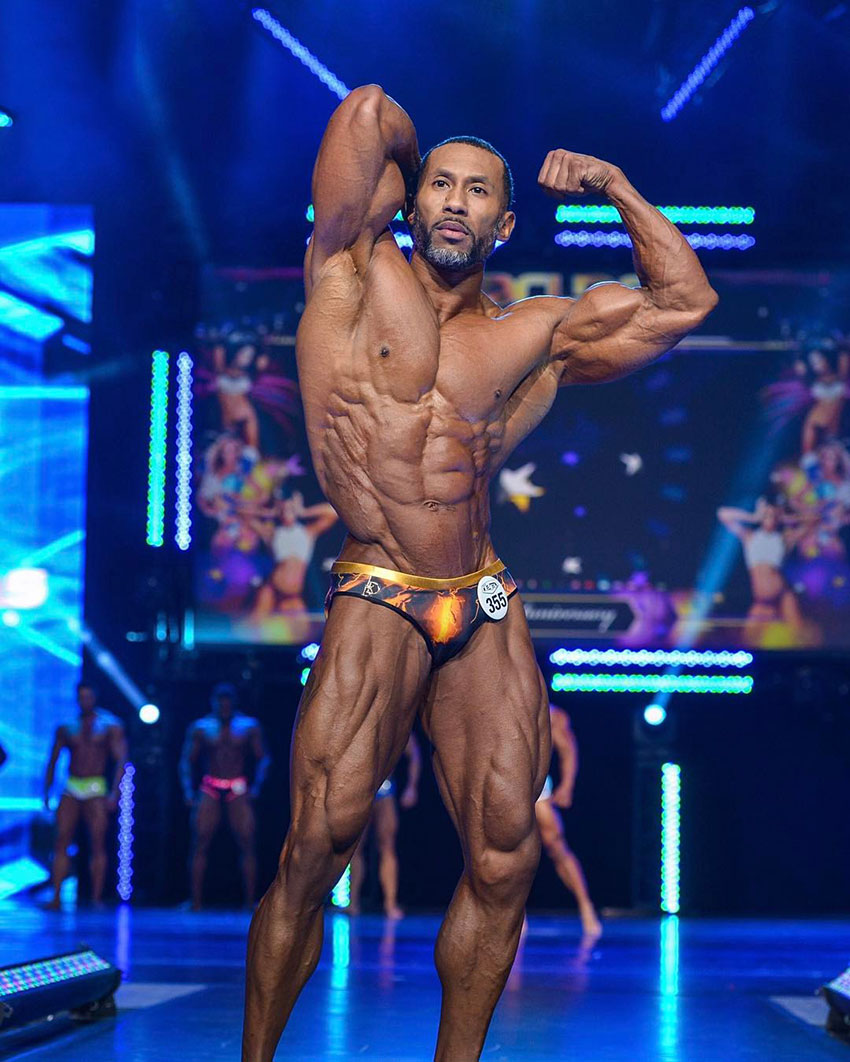 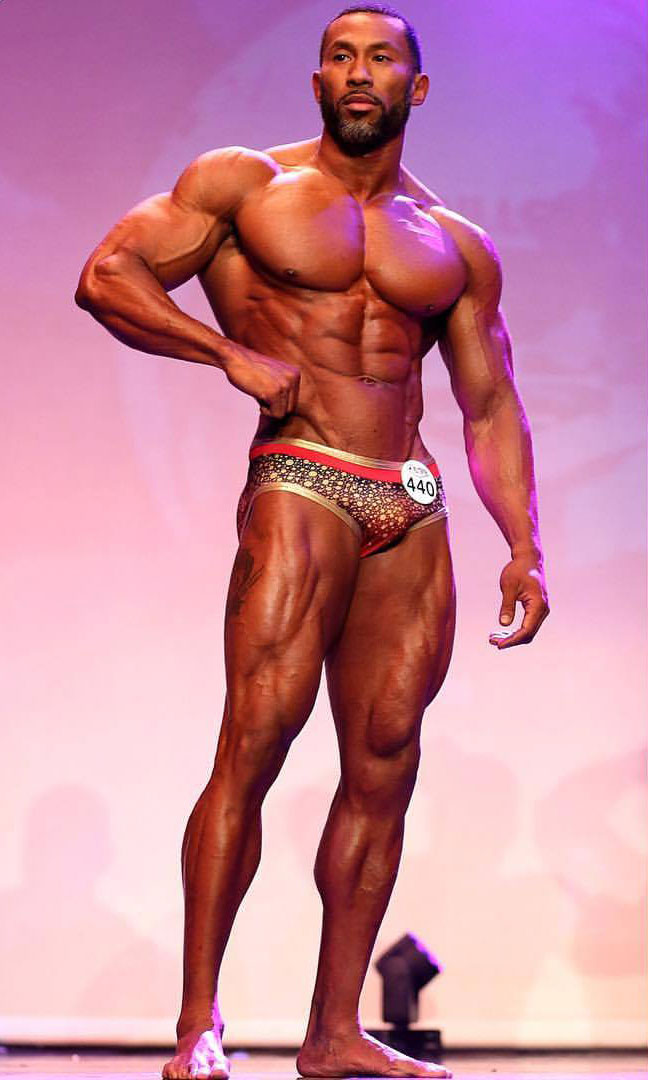 AJ Ellison was born in 1976 in Merced in the state of California, USA. From an early age, AJ grew a love for competitive sports – running track throughout his time in junior high.

However, AJ spent his childhood moving around frequently – living in different areas of America including California, North Carolina, and even moving to his mother’s homeland Japan for a few years. Despite this, AJ ensured that he stayed on track to reach his fitness goals.

From then on, AJ began to make a name for himself as a formidable athlete, winning several honors on the running track. This included the 1994 Kansas State in which AJ became champion – proving his immense potential as a runner.

As a result of his success, AJ went on to qualify for the 2000 Olympic Games trials. This was a huge achievement in his running career, and something that AJ will forever be proud of. However, he soon decided to take a different direction in his fitness career.

Difficult Period of his Life

After earning success on the running track, martial arts became his next passion – taking part in Brazilian Jiu-Jitsu and MMA. These competitive sports allowed AJ to follow his desire for an adventurous lifestyle. However, things soon started to take a turn for the worse.

After taking part in martial arts for a few years, AJ began to struggle with injuries. This included breaking his ankle and a severe tricep tear. It was at this point, AJ was forced to reconsider his priorities in fitness.

To make matters worse, his father tried to take his own life – almost succeeding in doing so. Because of this, AJ was deeply affected. For some time, this proved to be a major personal obstacle in his life.

However, AJ soon learned to keep pushing forward to overcome any hurdles that he came across in his life. From then on, AJ was determined to learn from his experiences live his live more positively. Talking about his ability to move on with his life, AJ stated:

“We all have our issues, obstacles, or demons. It’s how we chose to deal with them.  I chose to learn from my experiences and move forward. I chose to get up after being knocked down, and I couldn’t have done any of it alone as I’m blessed to have a very small group of friends and family who support me”. 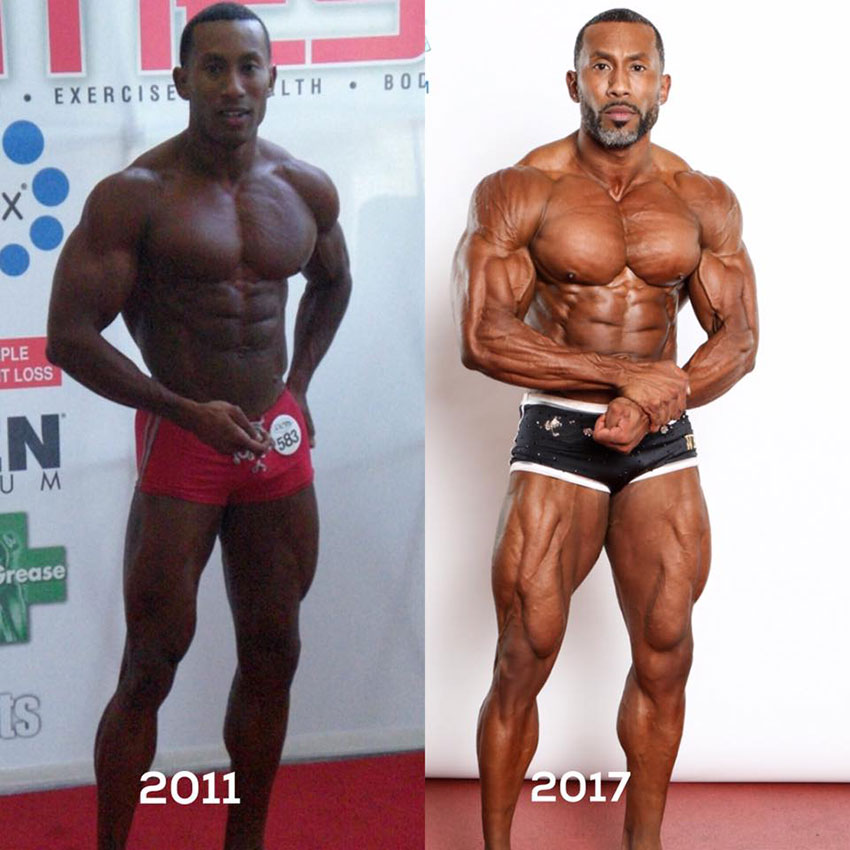 After taking the time out to reevaluate which direction to take in his life, AJ eventually decided that fitness modelling would be his next step. It was at this point, he began training hard in the gym to reach his goal of becoming a successful fitness model.

Soon enough, AJ entered his first competition – taking part in the WBFF World Championships in 2011. AJ placed 3rd in the competition, earning his WBFF Pro Card in the process – proving that fitness modelling was a suitable career option for him.

However, when he returned to the same competition in 2013, AJ was able to finish in first place – replicating this once more in 2016. This served as a reminder that he had made a name for himself on the fitness modelling stage, earning a great physique in the process.

AJ cites the fact his continual improvement on the fitness modelling stage is something that has allowed him to become a personal trainer. Ever since he became a fitness model, AJ learned more about nutrition and working out, and his hard work led to success.

Because he was able to make a name for himself in his fitness modelling career, AJ set his sights on helping others achieve the same level of success. He aims to inspire others to achieve things beyond their wildest dreams. Here’s AJ talking about his desire to help others and his passion for competing: 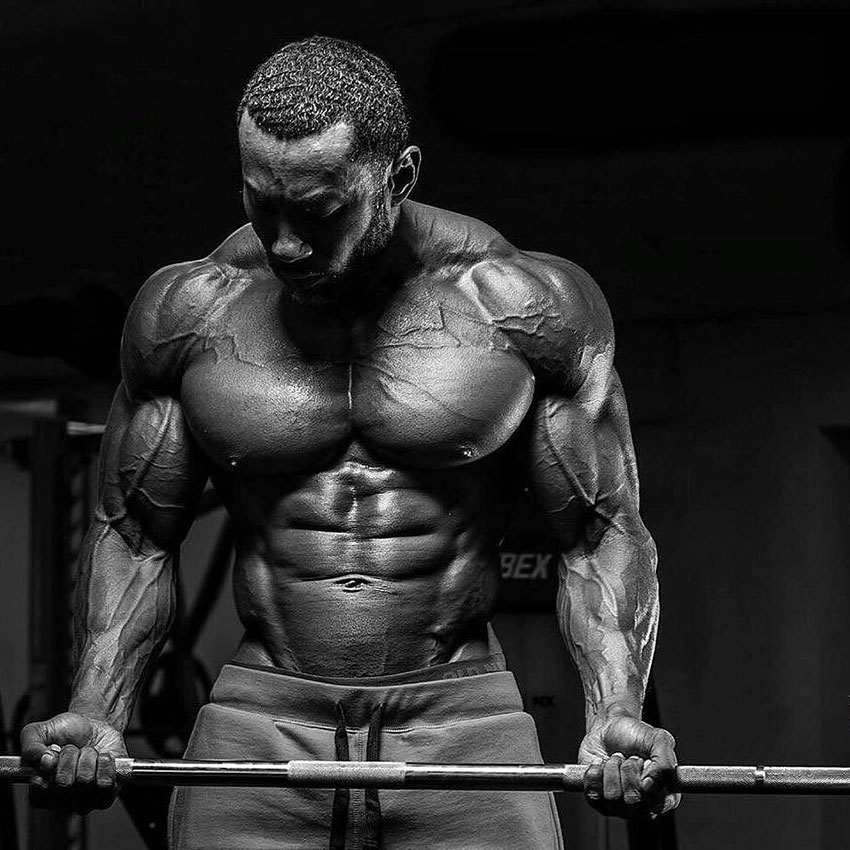 AJ’s training in the gym consists of a 5 day split. His main focus is on his abs and calves, allowing him to maintain his shredded physique. However, AJ ensures that his training sessions are always at a high intensity. As a result, he’s able to make optimal muscle gains. AJ states the following in regard to his training:

“I try and stay on abs and calves 2 times a week. I got to keep my core tight and I’d really like my calves to come up. Naturally I go hard on every muscle group but we all have strengths and weaknesses and I like to stay as proportionate as I can without sacrificing my performance in the gym”. 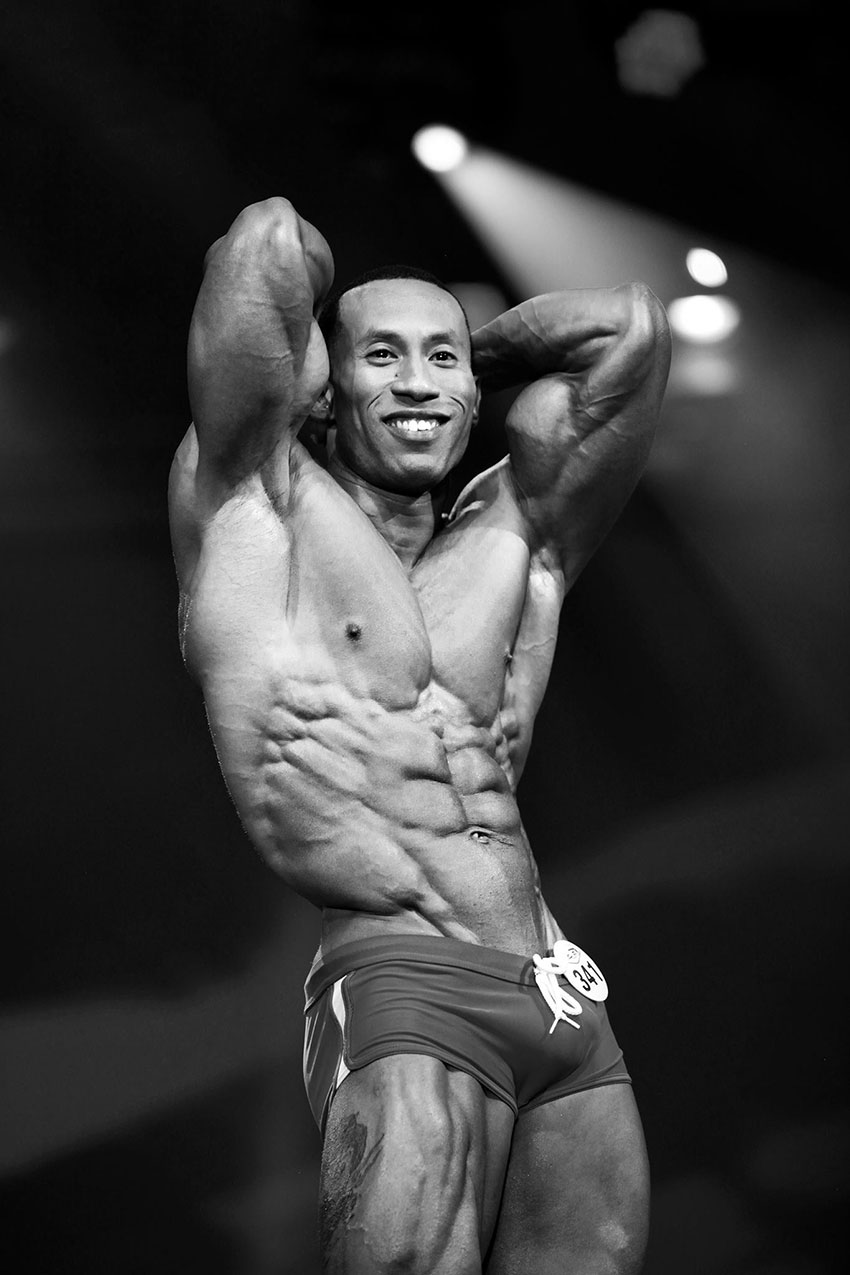 AJ likes to follow a ‘clean eating’ diet in order to keep his body in peak condition throughout the year. He pays attention to his macronutrients by tracking his calories and measuring his foods. As a result, he’s able to stay on track, particularly in the run up to his competition appearances.

AJ’s macronutrients and diet staples are listed below: 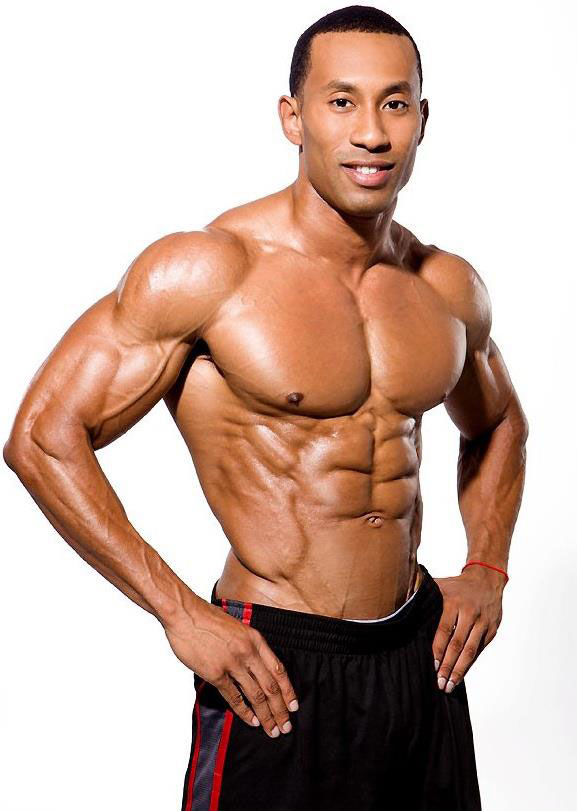 AJ took inspiration from fitness icons to earn the great physique he built through hard work training in the gym, along with this dedicated mindset. In regard to his bodybuilding idols, AJ stated:

“I did grow up idolizing the late Serge Nubret. I really appreciated his mass and proportions. Frank Zane was another guy I admired as he wasn’t a really big guy. He was shredded and his physique looked attainable”.

Furthermore, AJ’s mother was the one person that taught him many important lessons in his life – most importantly the benefits of living a healthy lifestyle. In addition, the support of his workout partners and friends allowed him to keep pushing himself further when training in the gym. 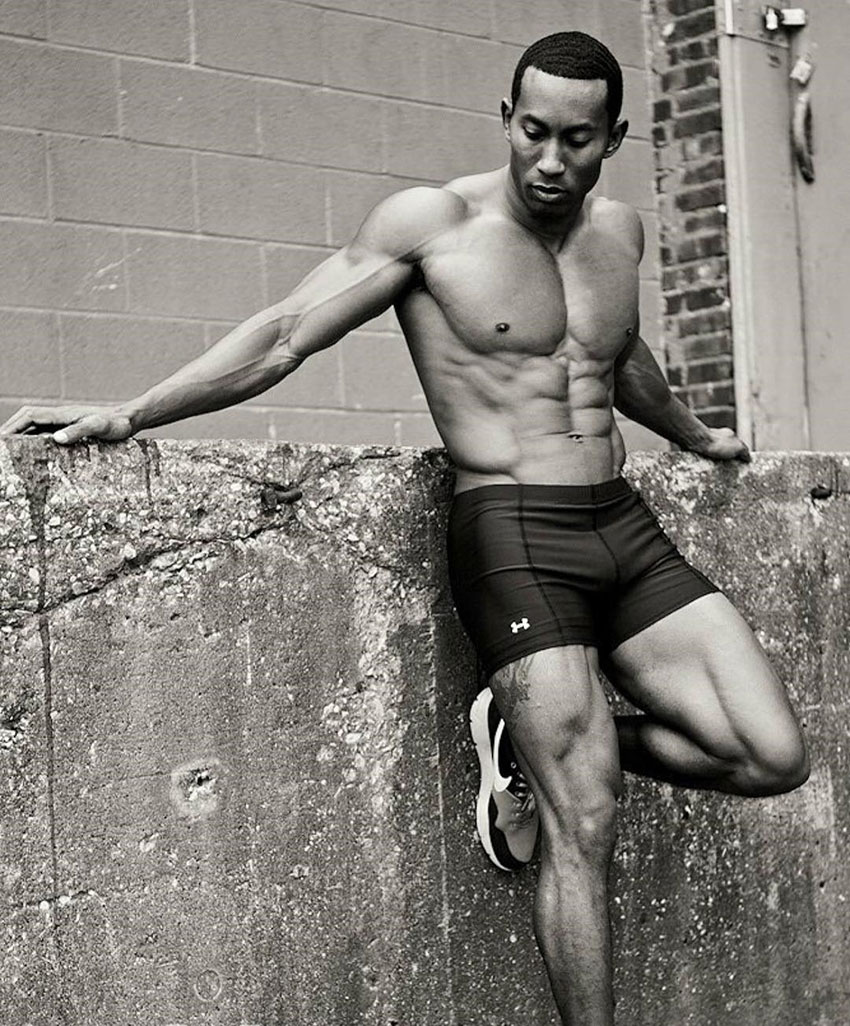 What we can learn from AJ Ellison

What we can learn from AJ Ellison is that his desire, drive, and determination to keep pushing forward meant that he was able to go far in his fitness journey.

His huge strength and character, and ability to take full advantage of the support of his loved ones, meant that he soon learned to overcome any obstacles in his life. By following his example, you too can find success in your life – whether in fitness or otherwise.

One of my favourite body.
Keep it up AJ Ellison. I get my motivation from you!