However, Aaron didn’t always have it easy. As a child, he was diagnosed with leukemia, and later in his WWE days, hepatitis. Fortunately, he was able to beat the illnesses, and live his life to its fullest. 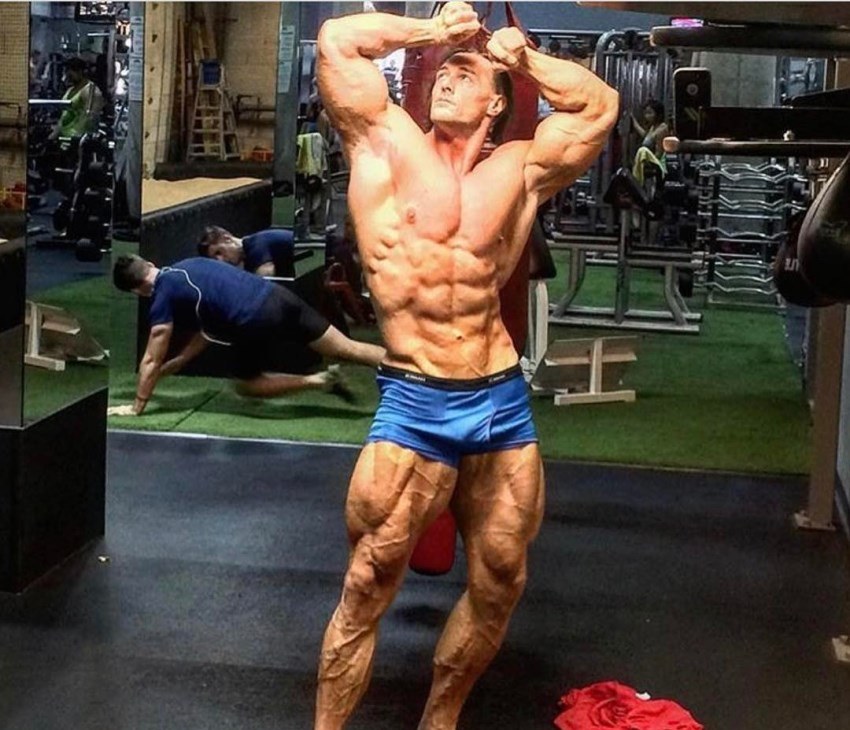 “You are stronger than your situation, your finances, your genetics and your pain! Your are powerful! You just have to believe.” 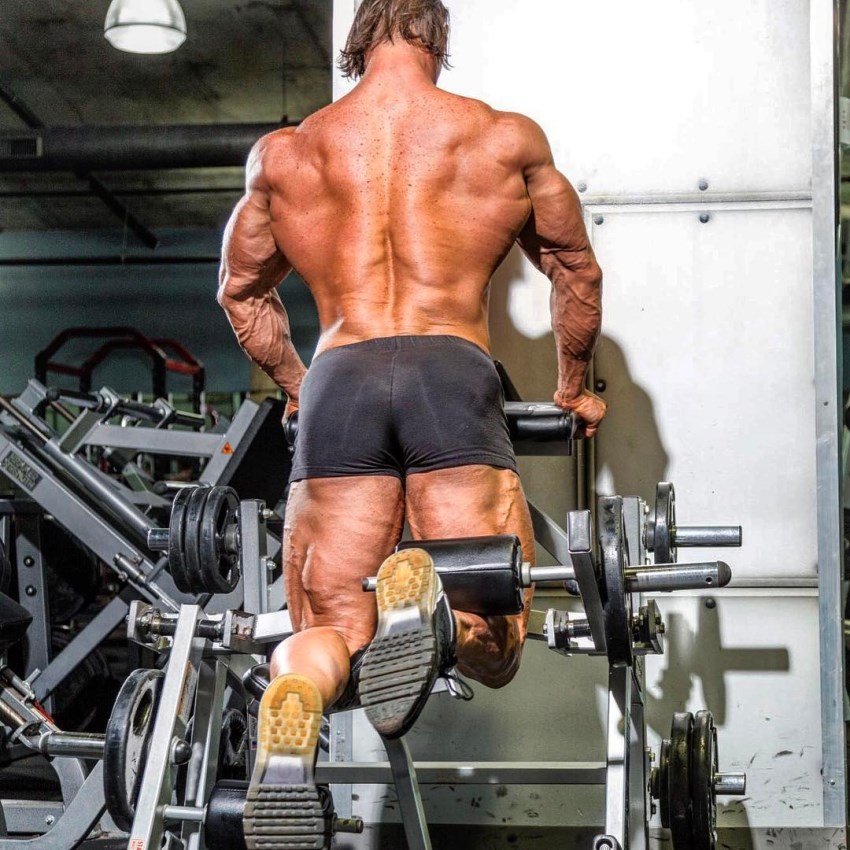 “As my reach gets bigger my circle gets smaller. Surround yourself with people that want to see you succeed and motivate you.” 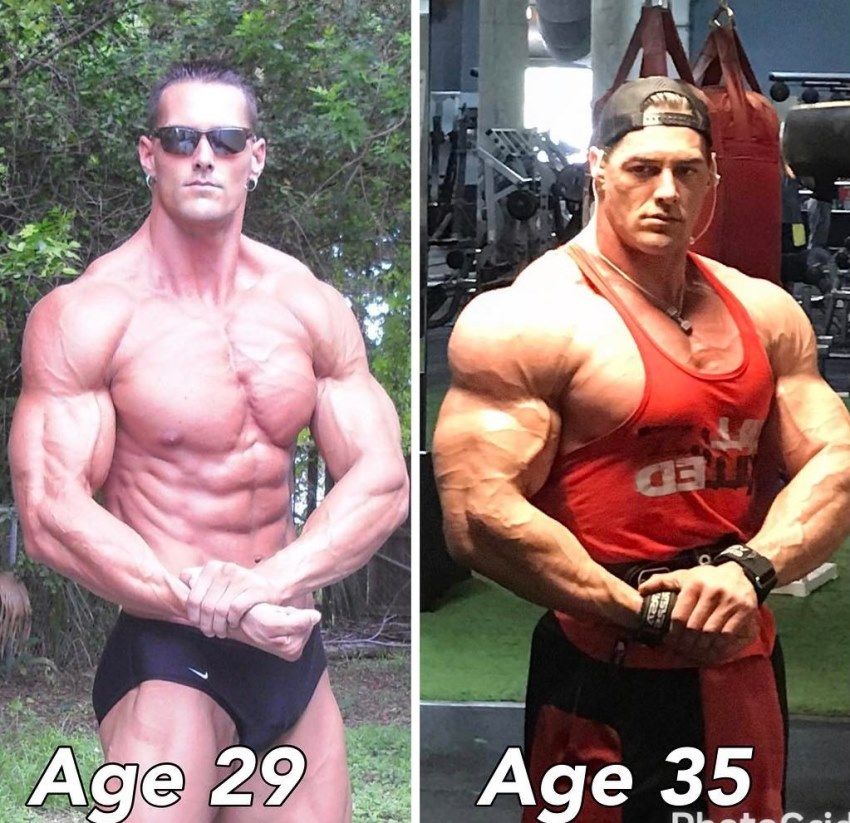 Aaron Reed was born and raised in the small city of Minco, Oklahoma. Coming from a family with an athletic background, Aaron began following in their footsteps from an early age.

However, he had a major setback – he was diagnosed with leukemia while he was still a little child. The terrifying illness required the youngster to undergo a chemotherapy treatment.

After years of struggle with the illness, Aaron fought the illness, and eventually he fully recovered. Moreover, he was finally able to live a normal and active life.

As he was always fascinated with fitness and weightlifting, it was no surprise that Aaron started training in the gym. Inspired by the one and only Arnold Schwarzenegger, Aaron embarked on his fitness journey at the age of 12.

He noticed progress in his strength and size fairly quickly, thanks to his fitness coach and a mentor. He said; “My childhood mentor, Gus Handke, taught me how to squat, bench, and deadlift. After two weeks of training, I was able to bench 115lbs and deadlift 300lbs. I was twelve years old, and hooked for life.”

In the beginning of his fitness journey, Aaron made a lot of mistakes which hindered his progress. He would lift weights six days per week, training two muscle groups a day. Despite his hard-working attitude and mentality, this type approach was yielding little results. However, this changed over time – he slowly began paying more attention to his nutrition, as well as his training frequency. 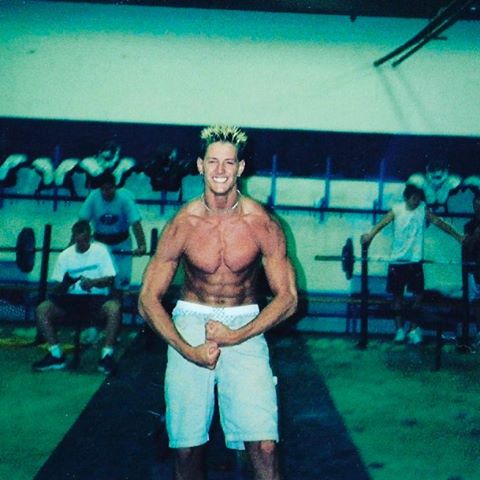 After graduating from Minco High School, Aaron enrolled in Messa State College to study business. It was during this time he developed an insatiable thirst for competitiveness, after witnessing his physique transform.

Motivated by his early success, Aaron continued getting respectable results at local and regional bodybuilding competitions.

At this point, Aaron decided to drop out of college and fully focus on his career in bodybuilding. He started studying nutrition and exercise to further improve his physique and ultimately win more competitions.

One year after his first victory on the stage, Aaron was successful once again. This time he won the 2002 NPC Rocky Mountain competition, in the super heavyweight category.

He then took two years to perfect his physique, to return in the best shape of his life. His return was nothing short of amazing – at 6’7”, and 310 pounds, Aaron demolished his competition at the 2005 NPC Steele City show, taking home the title of the Super Heavyweight Champion. 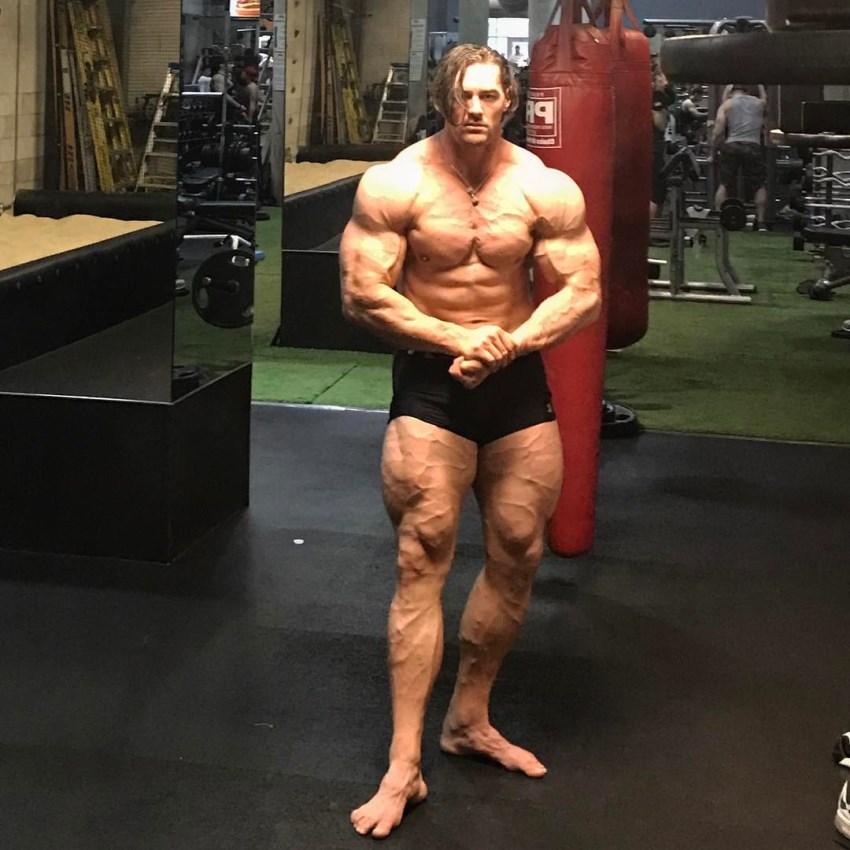 After winning the show, Aaron took a step back from competitive bodybuilding and turned his focus to wrestling. He was always fascinated by wrestling as a child, but it wasn’t until he contemplated his next moves, that he decided to try and make a career out of it.

In August 2009, he became a professional wrestler by signing a contract with WWE.

His professional wrestling career didn’t last long – after being injured during one of the matches, Aaron discovered he had hepatitis. This left him with only one choice – going back to chemotherapy treatments.

However, Aaron decided this time he would treat the illness with a healthy diet. As a result, Aaron was able to beat hepatitis in several months.

Back on the Stage

In 2010, Aaron came back to his old bodybuilding routine. He once again put the spray tan on, and stepped on the stage at the 2010 NPC Greater Gainesville.

Having just came back from a long period of abstinence from competing, Aaron surprised everyone when he took home 1st place that day.

Despite his early success upon returning to bodybuilding, 2011 started off badly for the American. He was only able to take home 10th place at the NPC USA Championships, missing his opportunity to win the Pro Card.

However, he didn’t let that influence his later results. In fact, he came back strong several months later, winning the 2011 NPC Orlando Metropolitan Championship (Men’s Physique, Overall category). This victory saw him become the tallest bodybuilder to ever win a Men’s Physique competition. 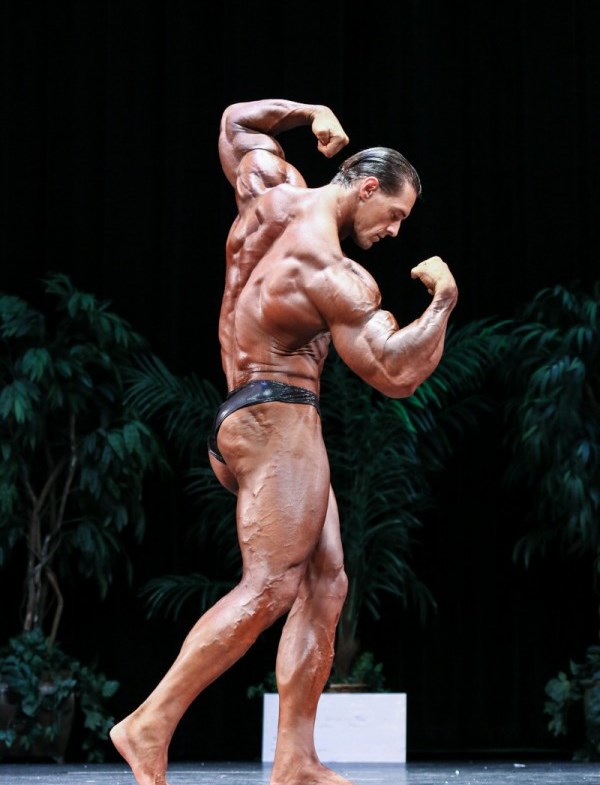 For the following three years, Aaron competed at a number of bodybuilding shows.

His last show of 2011 was the NPC Europa Show of Championships, where he took home 4th place. In 2012 and 2013, he was a runner-up at the Muscle Mania Universe.

Since his last competition of 2013, Aaron has become involved in writing and nutrition coaching. He’s published his own book on diet and lifestyle, and in the process, become a nutrition expert.

Nowadays, he shares his fitness-related advice with his fans, and motivates them to overcome obstacles in their lives – just like he did. 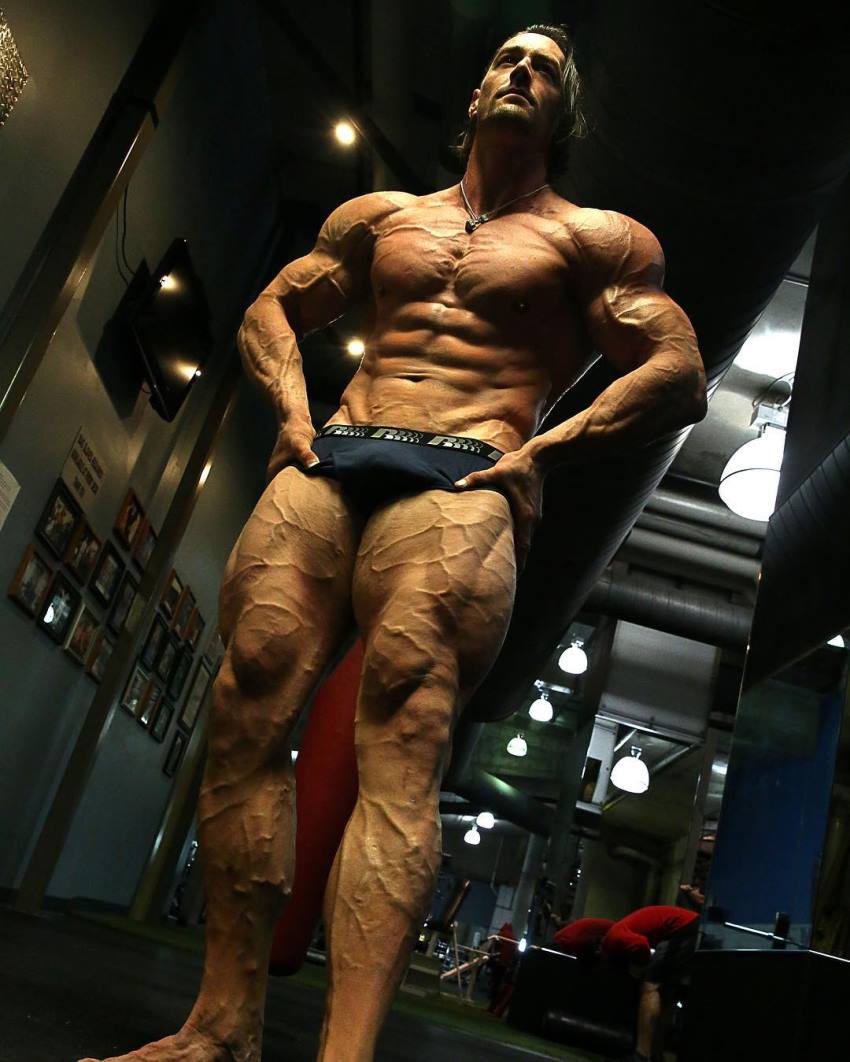 Aaron’s training sessions last between 1-2 hours. He believes that any more time spent in the gym is a waste. If he’s training hard, it doesn’t take him much longer than one or two hours to finish a workout.

When training legs, Aaron likes to aim for a high number of repetitions – somewhere around 20. However, he’ll change that every now and then with a couple of heavy sets and low reps to make his muscles “remember how to lift and push”. 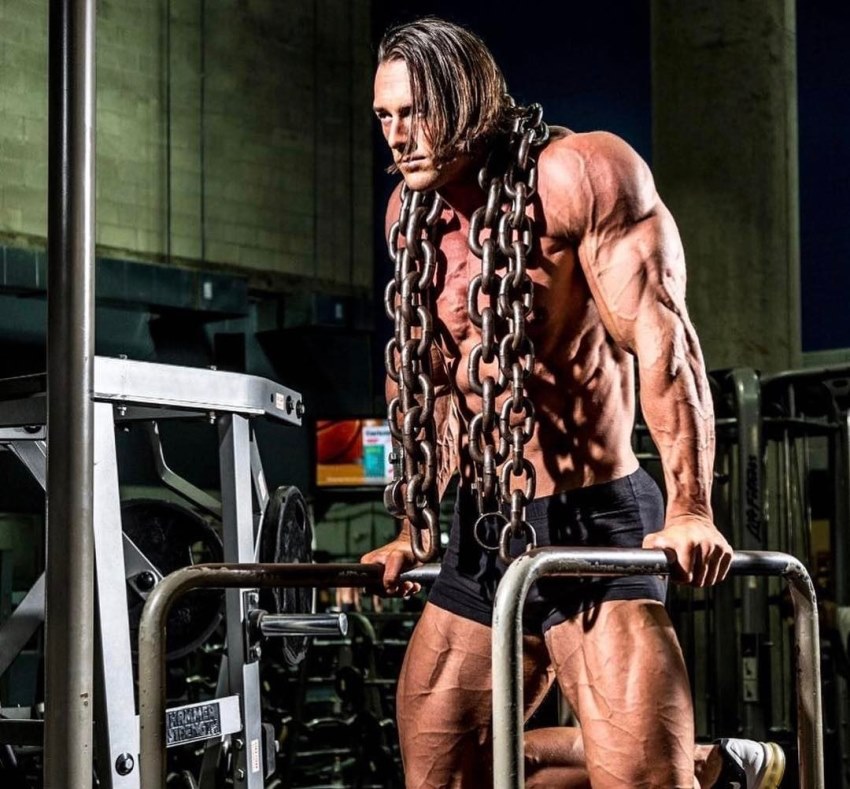 Aaron eats the same foods throughout the whole year, which means his weight changes only a couple of pounds from one year to the next.

His protein intake ranges between 350-400 grams per day. With his height at 6’7,” and weighing over 310 lbs of lean mass, it’s necessary for Aaron to consume this much protein in order to retain hi strength.

He also makes sure to time his meals to the exact minute. According to him, timing is crucial for natural athletes.

If he has sugar cravings, Aaron will usually consume some sort of fruit. 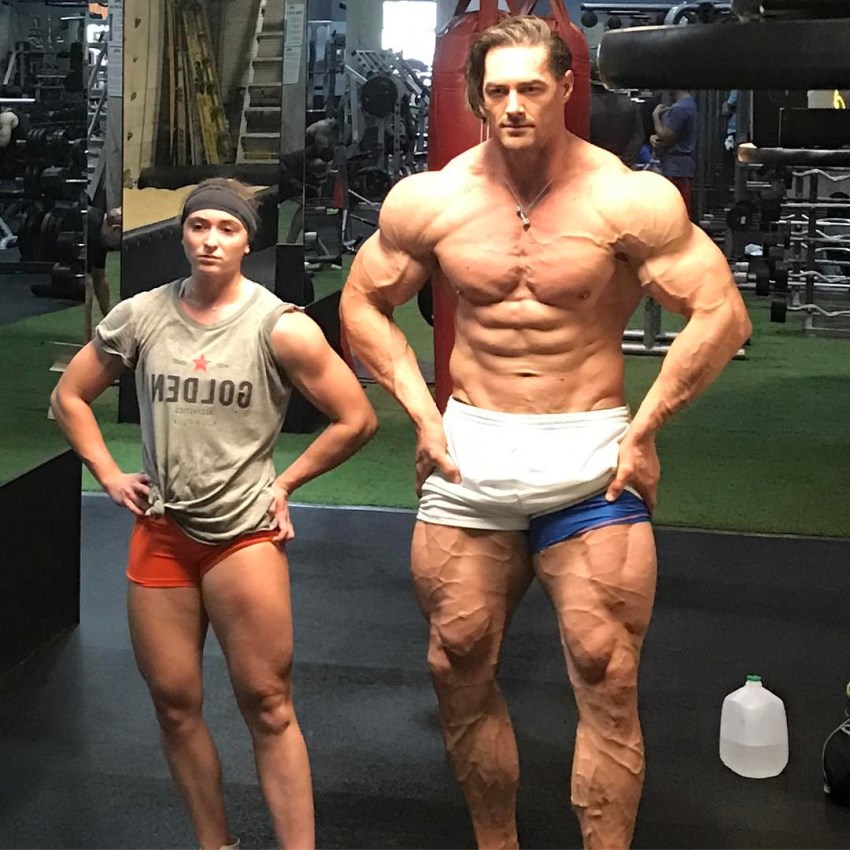 “Always believe in yourself. Everyone is capable of something great, yet sadly, most people will never know because they were either lazy, weak, or scared. At some point, I have been all three. Don’t hold yourself back.”

Throughout his entire bodybuilding journey, Aaron found inspiration in the likes of Arnold Schwarzenegger and Frank Zane.

These legendary bodybuilders inspired Aaron to sculpt a physique of his dreams, and later, to step on the bodybuilding stage. 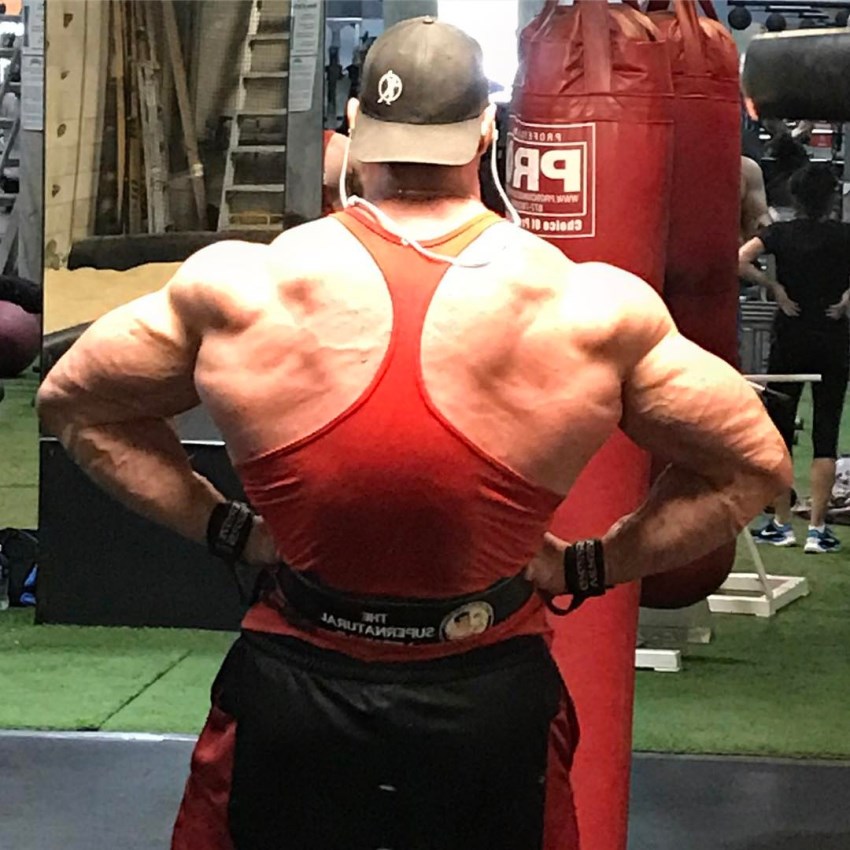 “When it’s fueled by passion, the will to succeed can be a super power, bending this reality to fit your desires.”

What we can learn from Aaron Reed

Aaron Reed went through some difficult moments in his life. First, he was faced with a horrible illness – leukemia. Later, in his wrestling days, he was diagnosed with hepatitis.

He not only he came out victorious through both illnesses, but he also became a successful bodybuilder and an author. Some would give up on life, and their dreams, if they were faced with this kind of situation, but Aaron Reed knew better.

His story is something we all can learn from – keep working on your goals, and don’t let obstacles stop you from achieving them. That’s something Aaron would tell you.

Huge man with diligence and a passion,which is inspirational. I commend him helping people.