Aaron Curtis is a fitness icon and bodybuilder from Australia. He’s won numerous competitions since first stepping-on-stage in 2008, such as the 2012 NABBA Class 2 State Champion and the 2013 INBA Class 3 State Champion.

But it hasn’t been easy for “Iron Curtis” – he tore his ligament twice and been banned from competing after an unfortunate event. 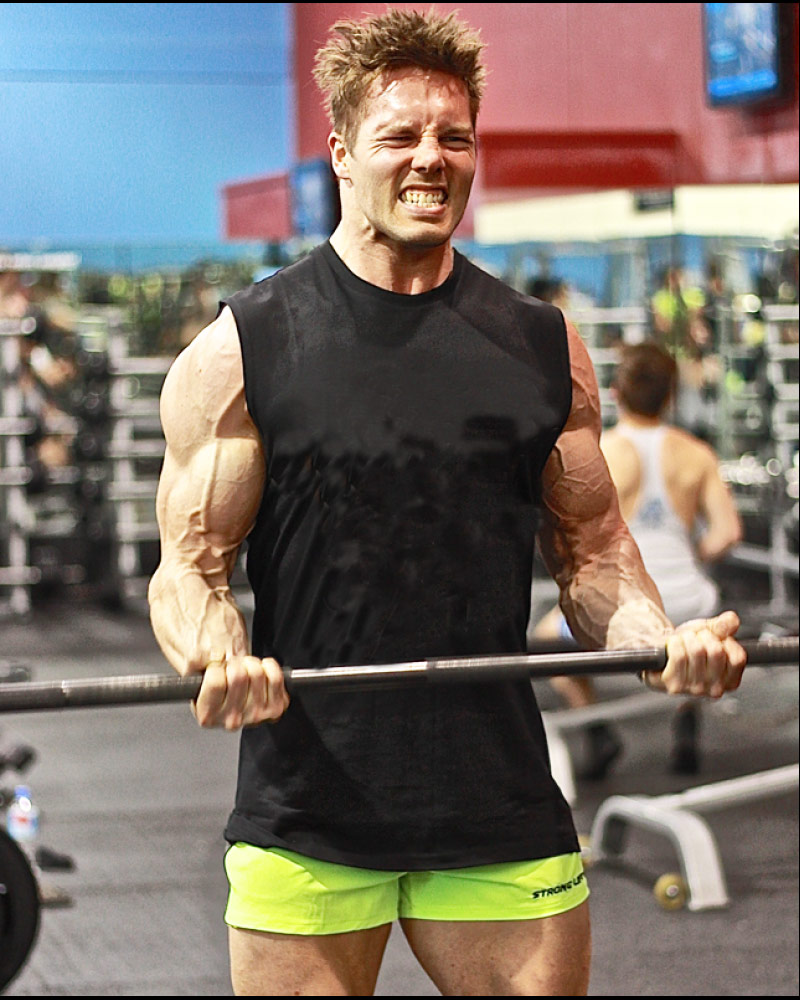 “I train because I love training hard and trying to better myself. If I didn’t compete, it would be offseason 365 days a year!” 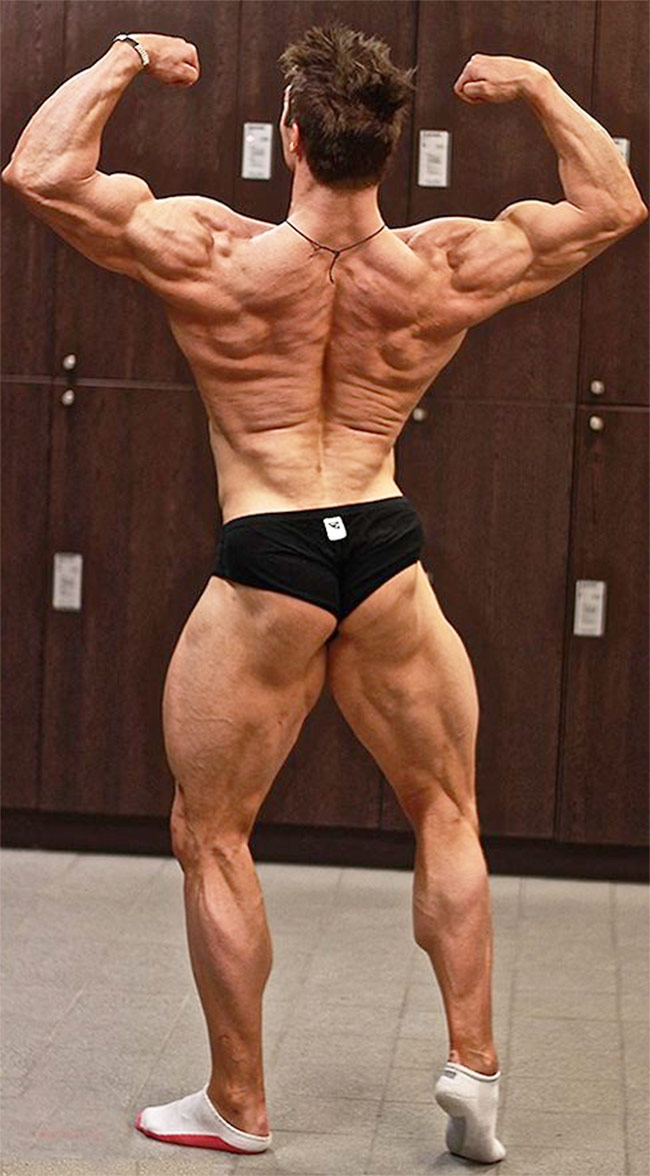 “I just want to get as big and strong as possible!” 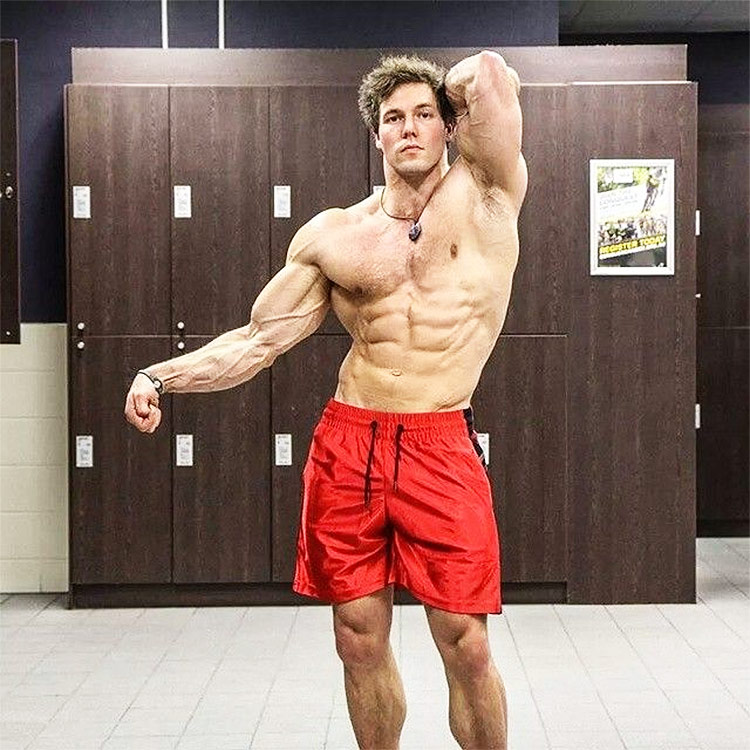 “I’ve been involved in competitive sport since I was 6 years old. I only got into competitive bodybuilding at the age of 24 though.

I’d been training with weights since the age of 14, but was never interested in competing – until I ceased football/athletics, due to various injuries.”

He grew up naturally developing a lean frame – becoming fascinated by fitness during his childhood.

As Aaron’s passion for fitness grew, he started to become unhappy with his figure. He’d began idolizing bodybuilders, such as Arnold Schwarzenegger and Frank Zane, aspiring to build a similar physique.

It was in 1998, when Aaron stepped into the gym and started lifting weights. At the age of 15, the Australian had embarked on his fitness journey. 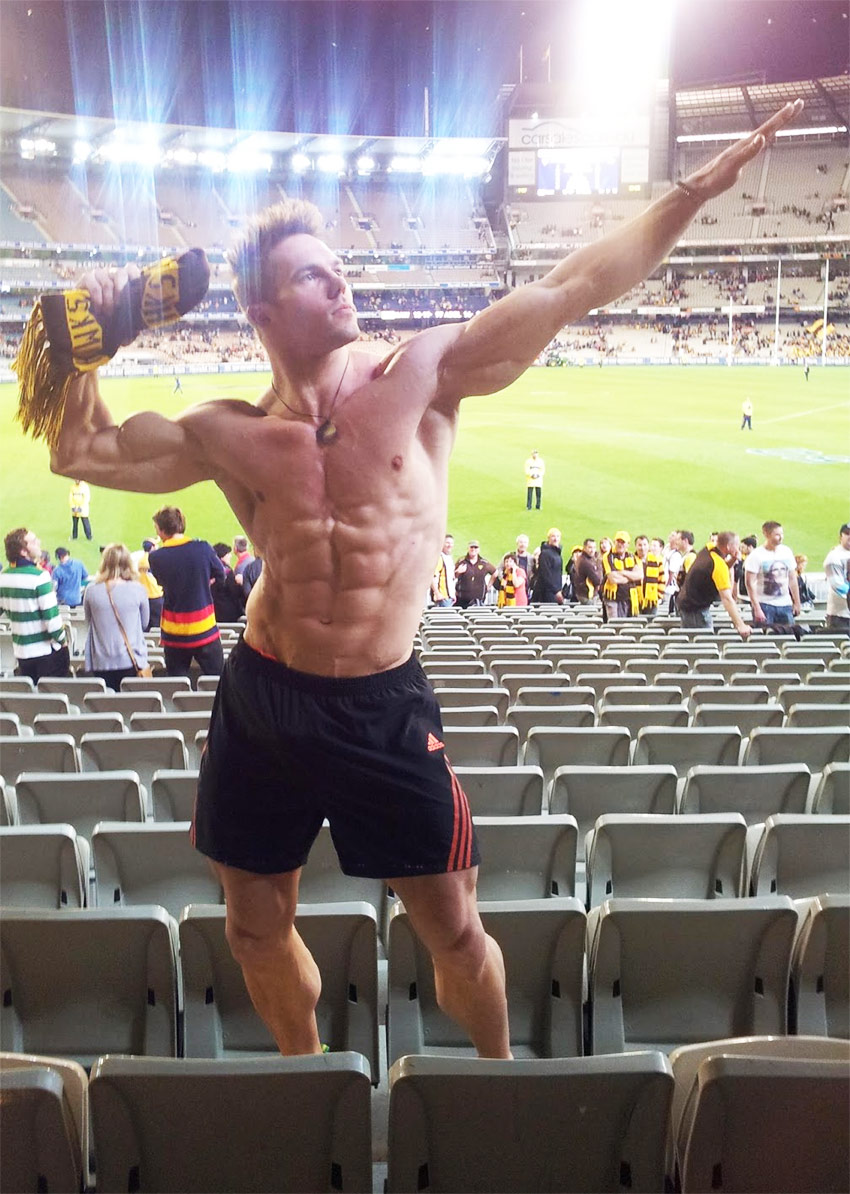 “When I was running my best times on track, I was 54kg (119lbs) and that was 12 months or so, after I started training with weights, but I was still only 15 years old at the time.”

Over the next 4 years, Aaron worked hard to add muscle mass and cut down his body fat. However, his participating in sport was holding back his progress in the gym – the youngster was injured numerous times playing Australian rules football.

But things only got worse.

In 2002, at 19-years-old, Aaron fell while climbing a tree and tore his ligament. This forced him to leave athletics and Australian rules football behind.

At this point, Aaron had to sit on the sidelines, becoming inactive for the first time in his life. 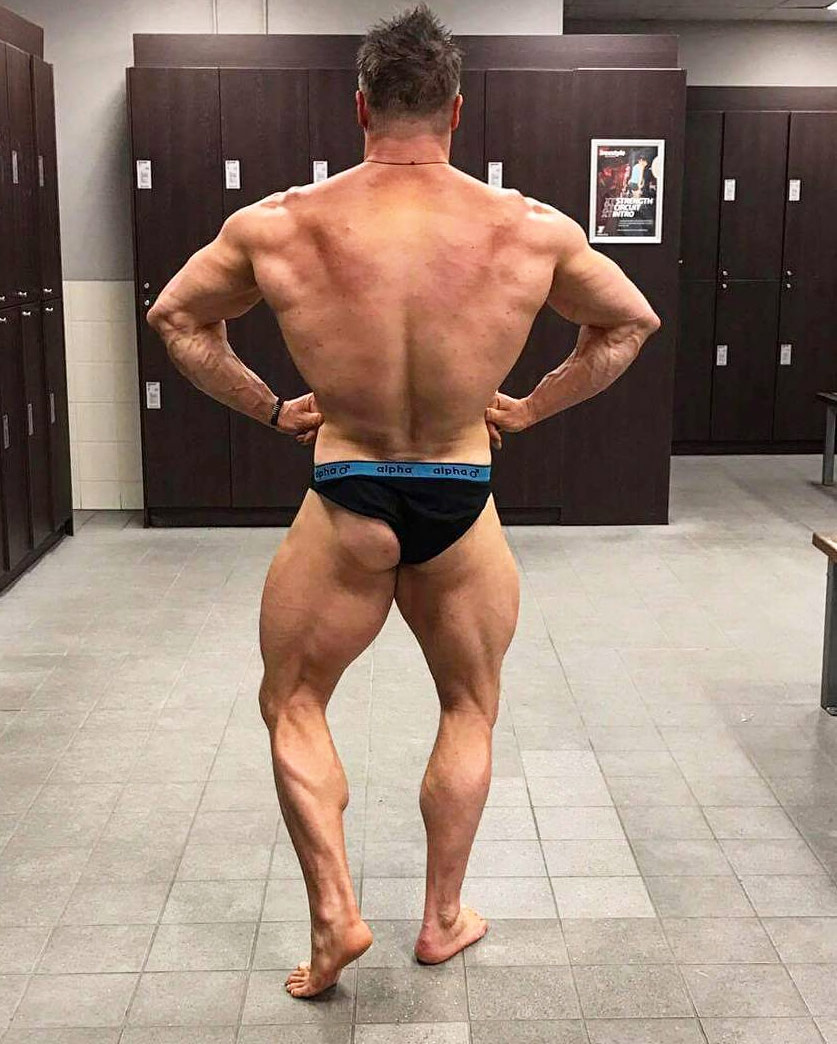 “After the injury occurred and I had a proper diagnosis, there was nothing I could change about it, other than to have it operated on and look forward to being 100% again after it was all healed and rehabbed. So I just focused on doing what I had to do, to get better.”

Although his leg was out of action, Aaron continued training his upper body in the gym from 2003. He refused to let his misfortune get him down.

The Australian trained rigorously for the next 5 years – and his efforts were rewarded. By the time Aaron was 25, he’d managed to sculpt an impressive physique.

After being encouraged by his friends, Aaron decided to enter his first competition – the INBA Mr. Novice Australia.

He walked away with the trophy, realizing that he had the potential to become successful as a bodybuilder. This motivated him to pish even harder in the gym, determined to add to his trophy cabinet.

Aaron had a great start to his competitive career, but he was further troubled with injuries. He tore his ligament again while enjoying a night out with his friends.

This ruled him out of competing in 2009, but Aaron made sure to stay in great condition during this period – he set his focus on returning stronger than ever in 2010. 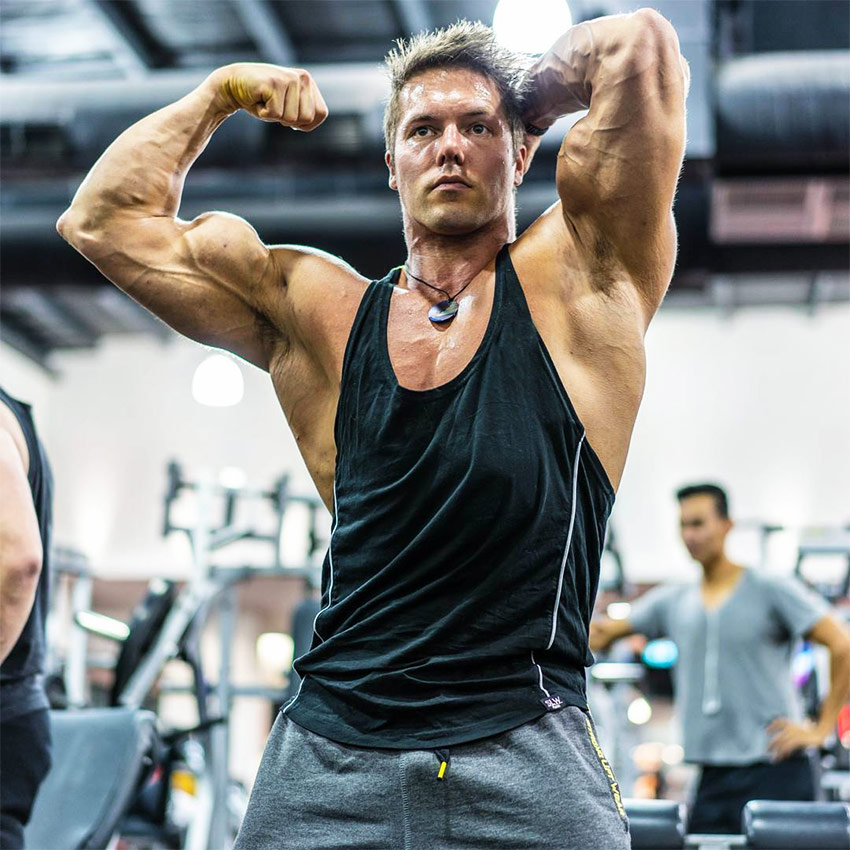 ” The longer I had trained, the more serious I got with my training/nutrition and the further my physique had developed because of this.”

The Australian returned to his normal training routine as soon as he could in 2010. Wasting no time, he began preparing for his comeback.

It wasn’t long until Aaron stepped on stage at the 2010 ANB Intermediate Mr. Victoria. His determination to succeed paid off, and he was rewarded with not only the 1st place trophy, but also the overall title.

Not long after, Aaron continued his winning streak by taking home the trophy at the 2010 ANB Australian Championships. This was a huge victory for the promising bodybuilder – he previously believed that would need 5 more years to win this show.

After each success, Aaron seemed to find himself in unfortunate situations –  and what happened after his win at the nationals was no exception.

Aaron’s inexperience let him down. He was banned from competing for 3 years and stripped of his two trophies, after testing positive for Methylhexaneamine – an ingredient that he later found out to be forbidden in competitive athletes. 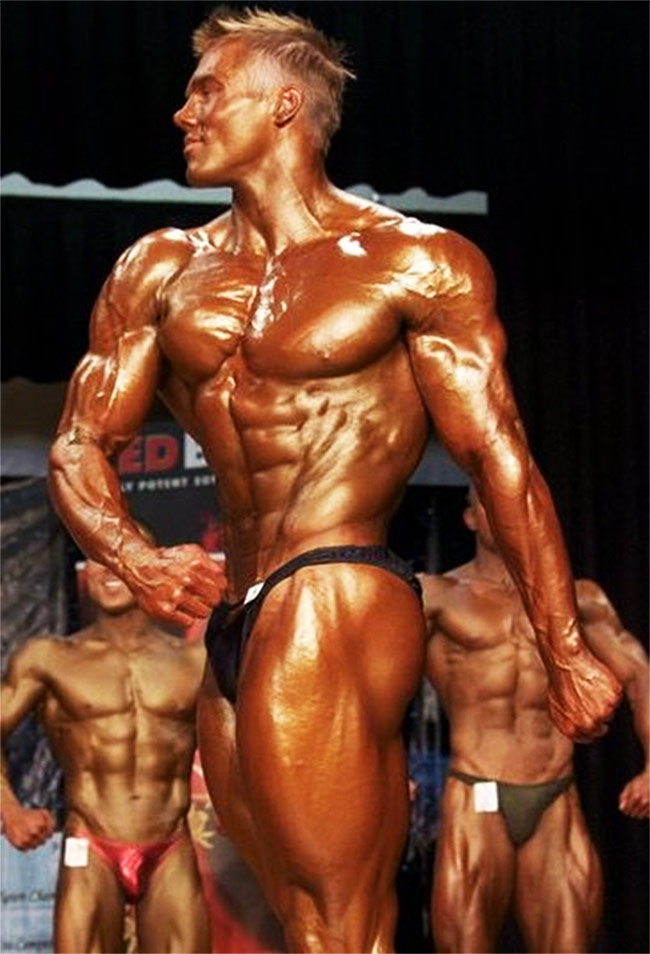 “I just really enjoy living the natural bodybuilding lifestyle. Focusing almost all my time and effort on my eating/training/sleeping and working too (I need money for food). The fact my lifestyle keeps me physically fit and healthy, is something I appreciate also.”

Although Aaron was banned from competing in ANB shows, he was still able to enter IFBB and NABBA contests. And this is exactly what he did.

He learned from his mistake, avoiding any banned substances and taking 2 years away to develop his physique. His hard work paid off.

Aaron came back stronger than ever, winning both the 2012 NABBA and IFBB State Championships.

With his ban from competing in ANB shows ended, Aaron entered 6 shows in 2013 – winning a further 2 championships.

Around this time, Aaron became recognized on Social Media for his incredible physique. He was given the nickname ‘Iron Curtis’ by his new followers, and continued gaining masses of fans on Instagram.

By 2016, Iron Curtis had become a fitness icon, successfully sharing his love for fitness and inspiring others to realize their dreams. 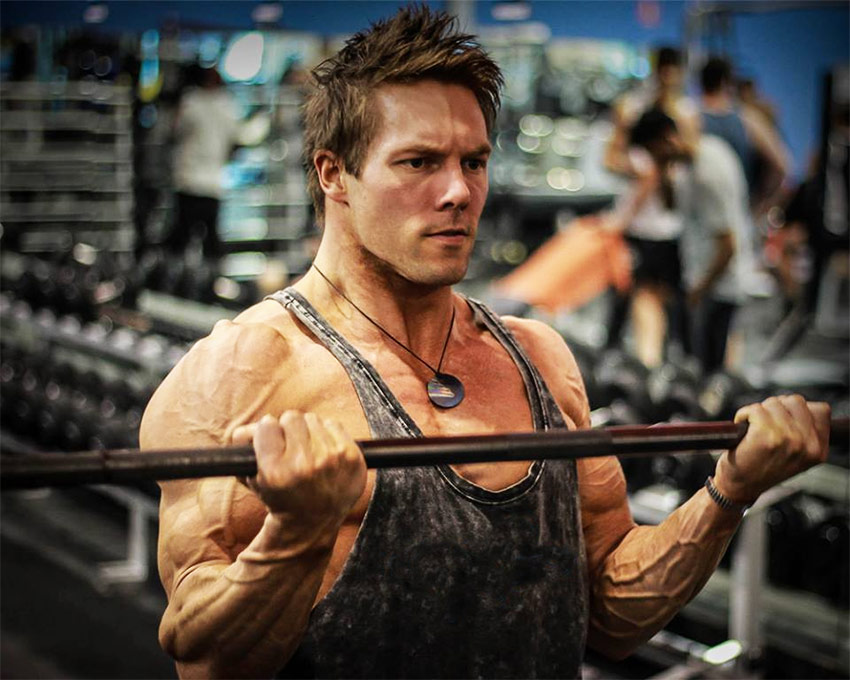 “I have generally always had 2-3 off days/week. My body responds better when training less frequently.”

Aaron is a strong believer in concentrating on form during his workouts. He aims to put his muscle under greater load than each previous training sessions – forcing his body to adapt, and grow.

Iron Curtis trains in the gym 5-6 times a week, depending on how his muscles are feeling or how busy he is. He performs 6-12 reps in sets of 1-3.

Saturday – Off or Weakpoint Training 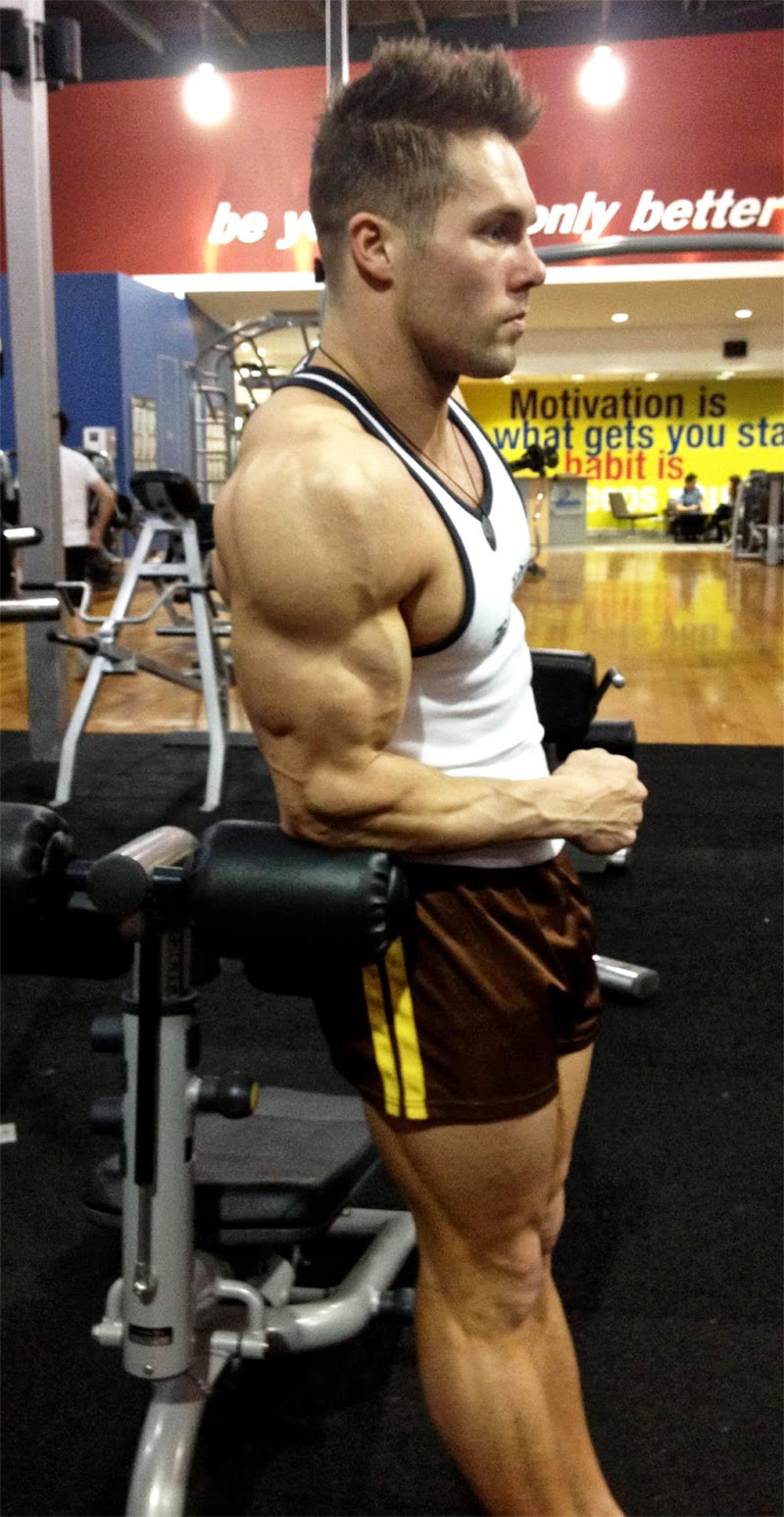 “Find a form of training you enjoy and do it well. Get your nutrition in check. Be consistent and give yourself time, nothing great happens over night.”

Aaron spends the majority of his time developing his muscle mass, adding to his already thick frame. But he takes the time to cut down body fat every 2 years – even during his bulk, Iron Curtis tries to stay as lean as possible, adding minimal body-fat.

The Australian consumed up to 7 meals per day, to keep his metabolism high and his body fuelled, ready to grow. 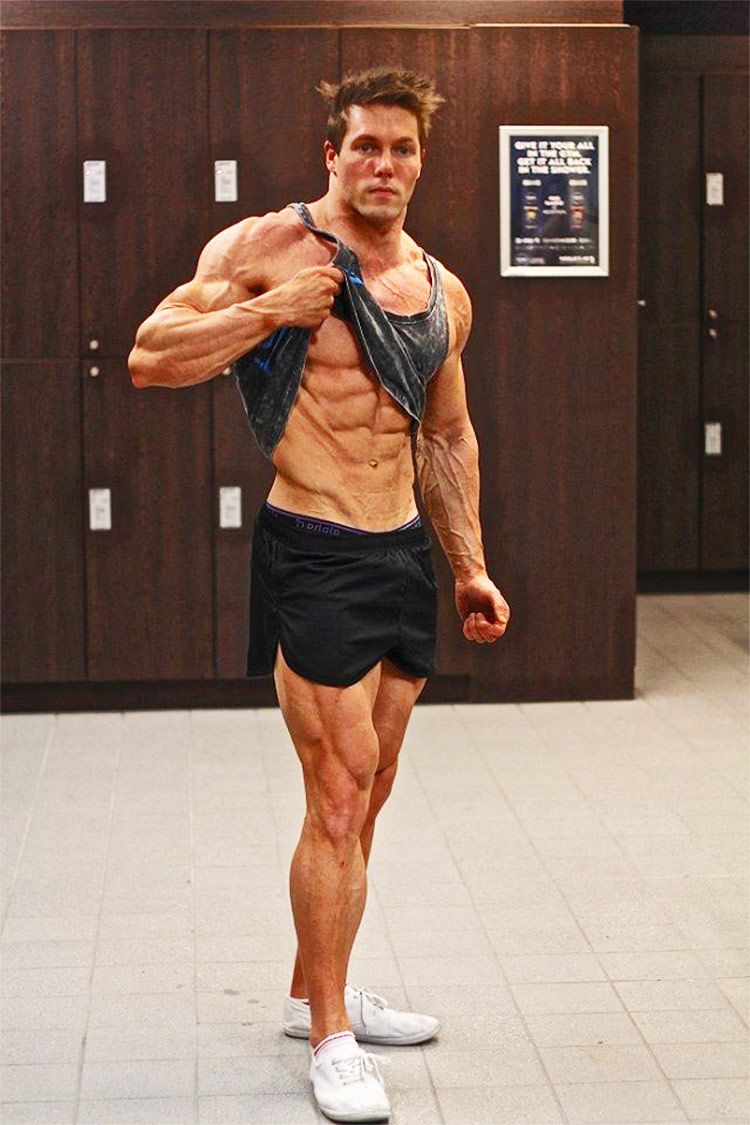 “I have a very supportive wife and my parents have always supported me in everything I have done.”

Aaron credits his wife and family as the people who’ve motivated him through “everything”.

“Lift weights. Eat as many calories as possible, whilst still at a deficit. Drop weight SLOWLY.”

What we can learn from Aaron Curtis

If we can take anything away from Aaron, it’s to never give up in unfortunate situations – he’s tore his ligament twice, and been banned from competing in competitions, but Iron Curtis has come back strong every time, to win trophies and add to his success.

We’re all faced with difficult times in our lives, but if we work hard enough on our dreams, we’ll get there eventually.