From being a professional dancer on a reality TV show to becoming a Bikini Athlete, Yarishna (AKA. The Puerto Rican Queen) has had a very interesting journey in the fitness industry.

She began weight lifting when she started to worry about what she wanted to do with her life, but by the age of 25, she’d sculpted an incredible physique and won numerous competitions. 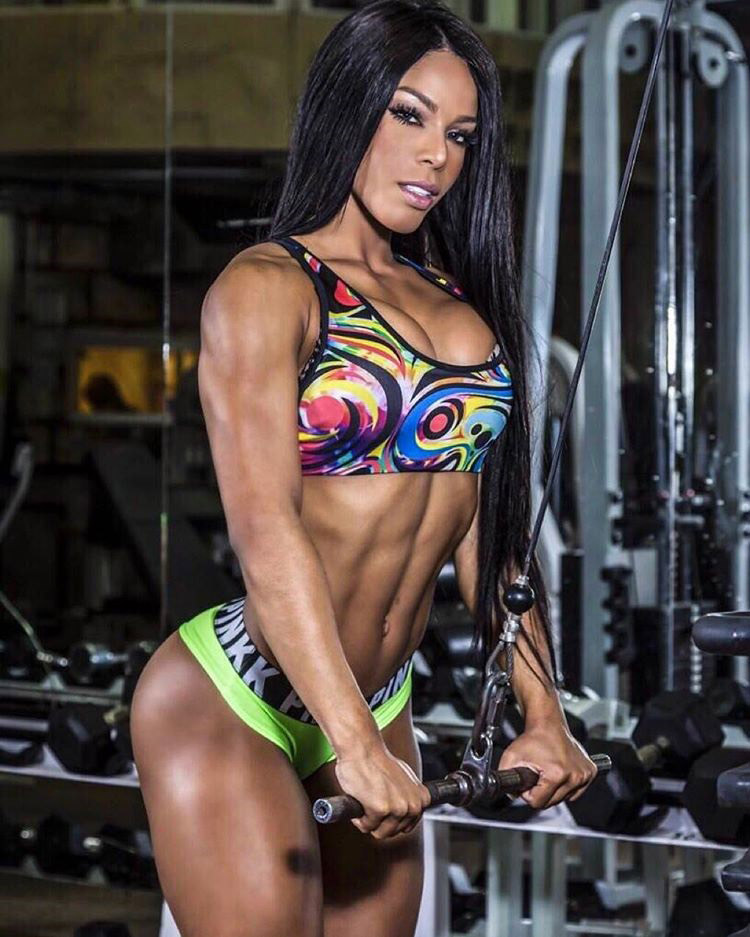 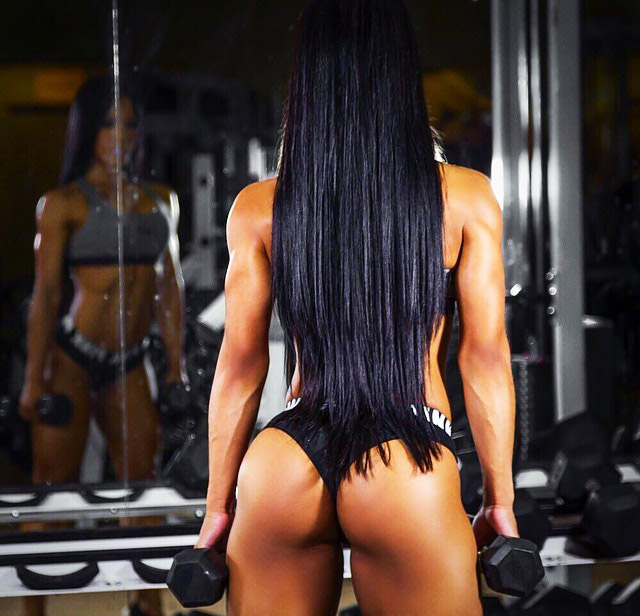 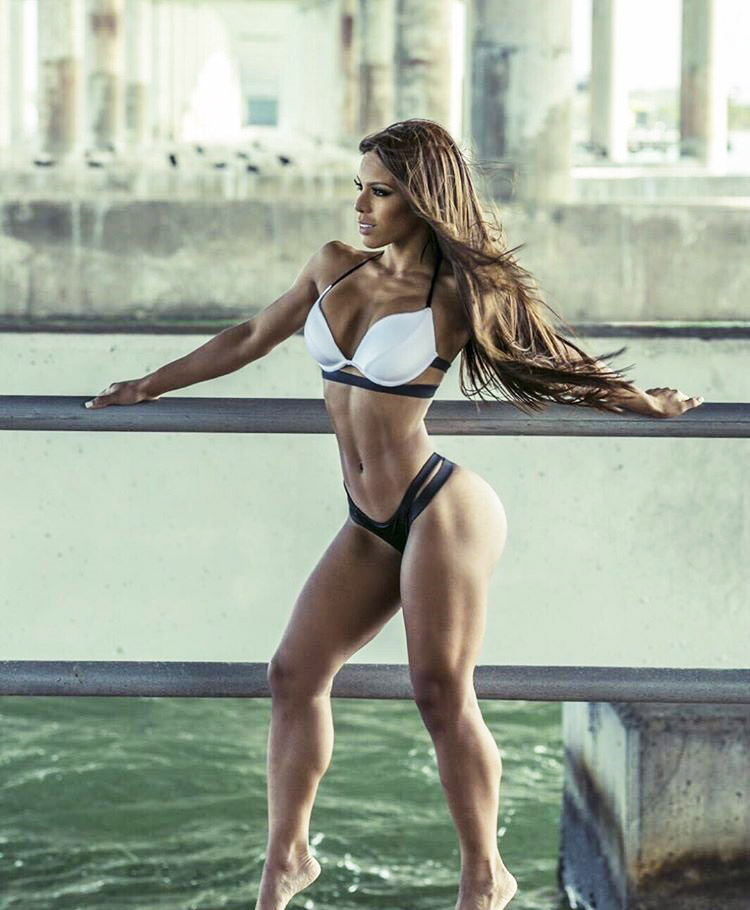 Born and raised in Puerto Rico, Yarishna Ayala began training after worrying about what she would accomplish in life – at the time her twin sister was heaving a baby, Yarishna felt there was no future.

Yarishna and her sister had just finished participating in the American reality TV show, “Q’Viva! The Chosen” in 2012, as professional dancers. It was at this point she didn’t know what direction she was headed.

Feeling the need to be active, it wasn’t long until Yarishna entered the gym and hired a personal trainer. Through rigorous training, Yarishna made serious progress and her coach encouraged her to compete in shows.

She set her sights on becoming a professional Bikini Athlete.

In 2013, Yarishna finally decided to enter her first competition – the 2013 Unique Fitness Classic. Impressively, she managed to walk away with a trophy, gaining valuable experience which has helped in her career as a Bikini Athlete.

But she was just getting started. 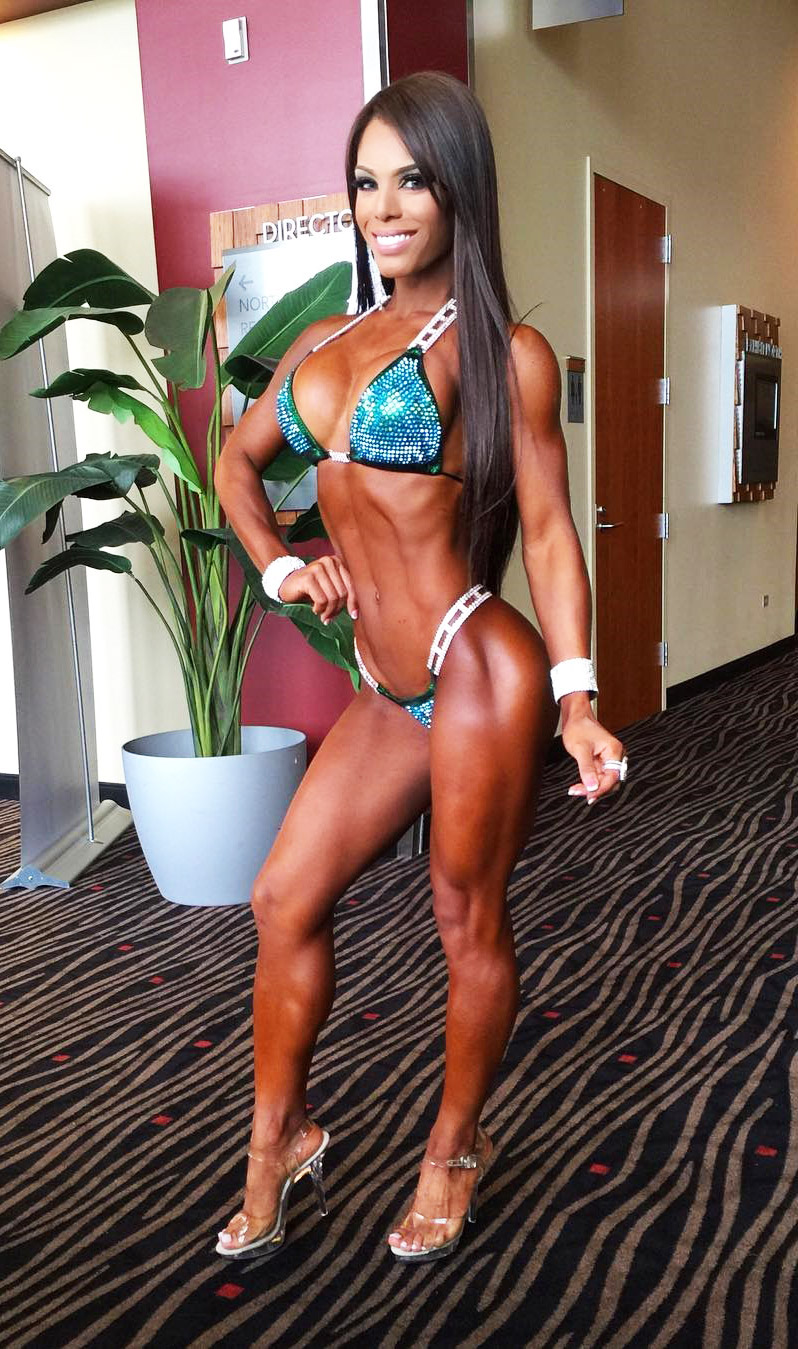 Yarishna ready to step on stage at a competition.

For the next few months, Yarishna entered a further 6 contests, winning 3 more in the process. However, trophies weren’t the only thing she was taking home – on her 7th show, the 2013 NPC Junior National Championships, Yarishna earned her Pro Card.

By the age of 22, she realized her ambition of becoming a professional Bikini Athlete.

Yarishna’s first appearance as a pro was the 2013 IFBB PBW Tampa Pro. Although she didn’t win, she placed 8th in a fiercely contested show with the likes of Courtney King fighting for first place.

Her last competition of 2013 was the IFBB Valenti Gold Cup Pro, where she placed 7th.

Life as a Professional Athlete

For the next two years, Yarishna competed in a further 10 shows, gaining more experience and exposure with each appearance. It wasn’t long until the Puerto Rican Queen was noticed on social media and gained millions of followers.

By 2016, at the age of 25, Yarishna had become a fitness icon and Instagram sensation. 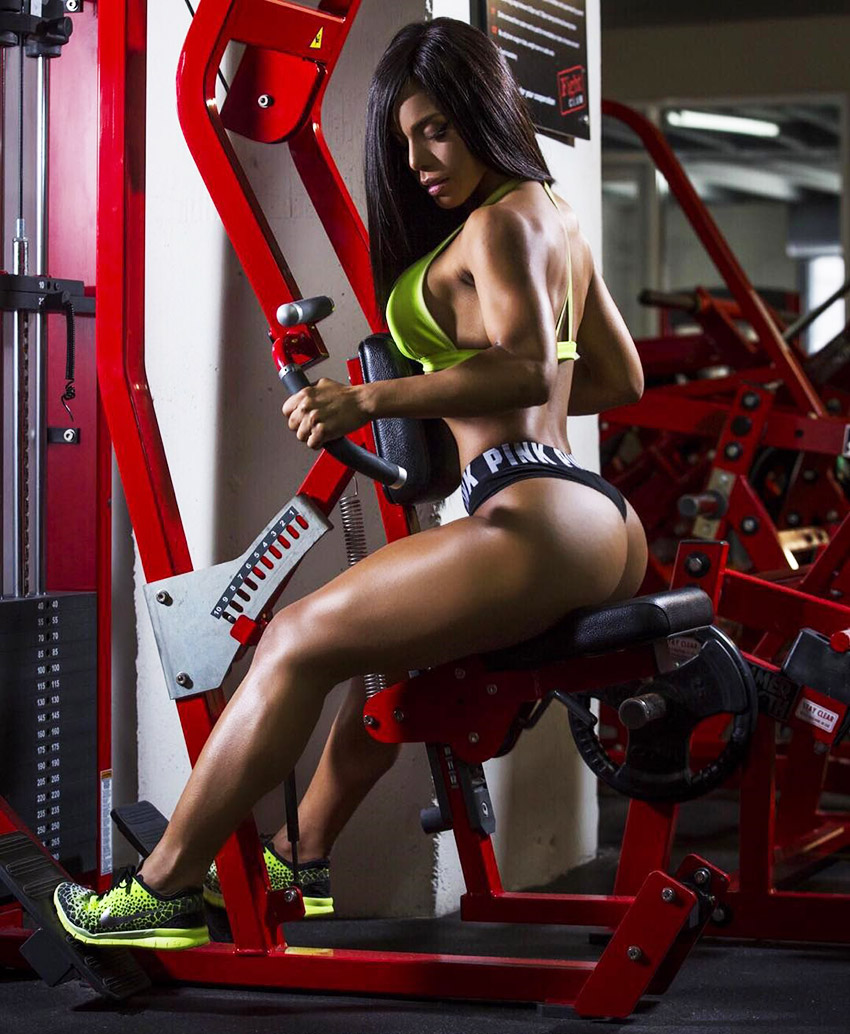 Yarishna trains 6 days per week to maintain her amazing physique. She lifts weights for three days and trains cardio for the rest. 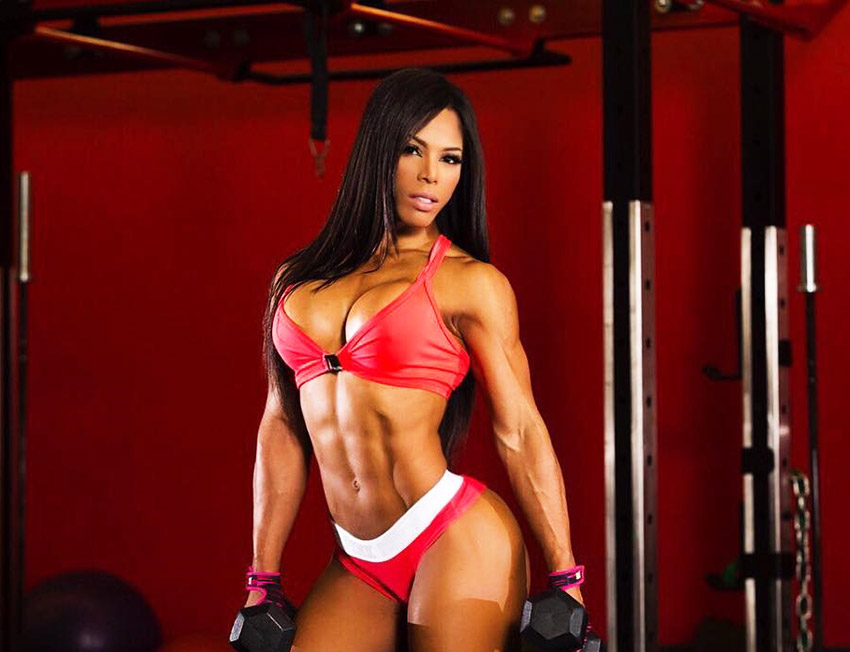 Yarishna keeps a clean diet all-year-round, and plans her meals around lean proteins, complex carbs and fruit. Her favorite meal is chicken breast with baked potato.

Yarishna’s diet would look similar to this:

Inspired to reach your maximum potential like Yarishna? Read our comprehensive guide on how fat burner supplements can really up your game! 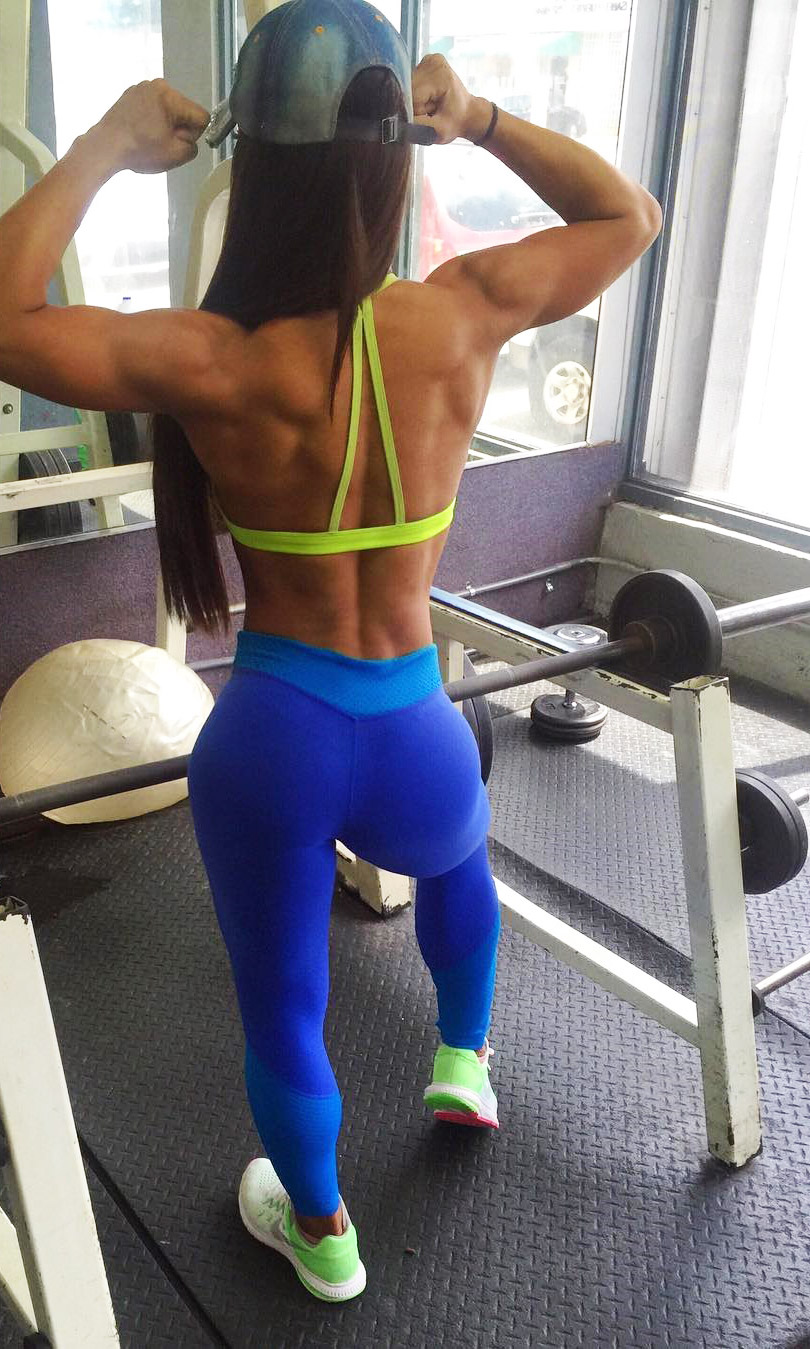 Yarishna is grateful to her mother, coach and fans for motivating her throughout her journey. However, she names Nicole Nagranni, Nathalia Melo, India Paulino and Amanda Latona as her main influences. 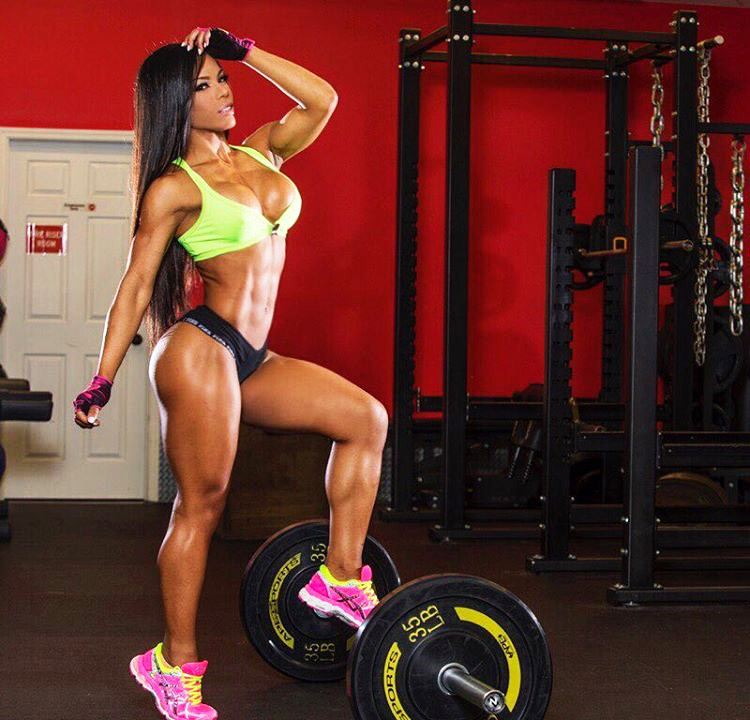 What we can learn from Yarishna Ayala

Yarishna has taught us that everyone should have a goal they have to work hard to achieve. She began training after successfully finding an exciting direction to take her life, and after intense training she became a professional Bikini Athlete.

With the same discipline and commitment, you too can achieve your goals.

Some women take your breath away. Some women impress you from the first glance. Some women can do everything you can do, only better. Yarishna Ayala is exactly that woman all in one. One look at this Puerto Rican Wonder Woman and if your breath isn’t blown away, we have to seriously question if you even have a pulse!

I can believe I haven’t seen her in competitions but from seeing her on Exatlon,, I’m certain she stood out. She would put alot of Marines to shame with that enter- determination and strength. Some of the events show how strong and focused she is ; others show how poised and confident she is. Being a former Marine and professional boxer, I know she can be anything she set’s her mind on.
Now I know what a BRONZE GODDESS looks like.
Much Success…….Yarishna

Hi,Yarishna i’m So proud of all the hard work you did in exalton you made it to the end.Good luck in the future.I was going for the blue team.I like to workout but I don’t have a personal trainer.

Very amazing! You are so very gorgeous!

Would you train me yarishna Ayala please, I do live in the Indy area and I am at castleton apartments and I do work out at the life time fitness gym, so I am really ready for you to train me during the summer time please.