Viktoria Kay is a fitness model and video blogger from Los Angeles, California. She was extremely athletic in her youth, where she played tennis throughout her early childhood.

Alongside her interest in sports, Viktoria also developed a strong passion for modeling growing up. As a teenager, she always dreamed of becoming a professional model. However, it wasn’t until the age of 21 when Viktoria acted on this dream for the first time – moving to America on her own to pursue her passion.

Facing a difficult task of perfecting the English language, alongside adapting to a whole new environment, and making new friends, Viktoria worked ‘day-in’ and ‘day-out’ on reaching her goals – driving home her determination to become a model.

Eventually, years down the road, Viktoria’s perseverance paid off. She not only became a successful model, but she also became a social media personality. Because of her hard work, Viktoria lives the life of her dreams, having fans from all over the world supporting her. She continues to set new goals for herself year after year, living by her motto; “Dreams don’t work unless you do.” 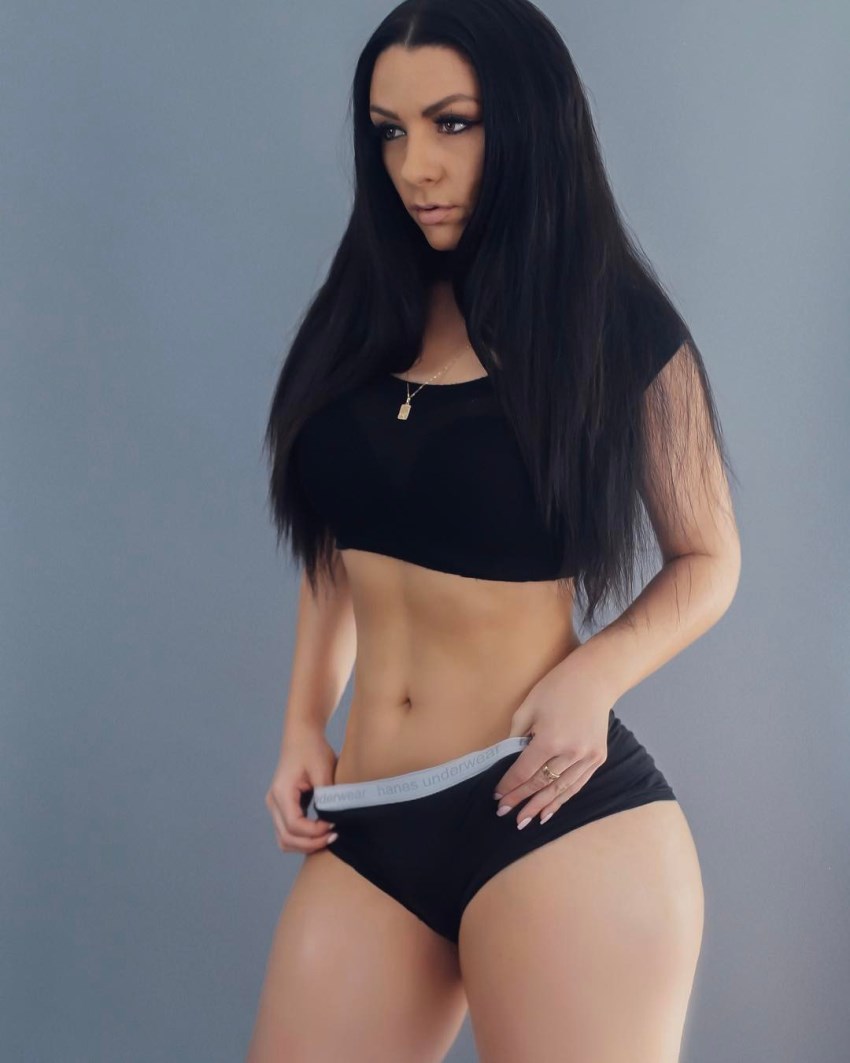 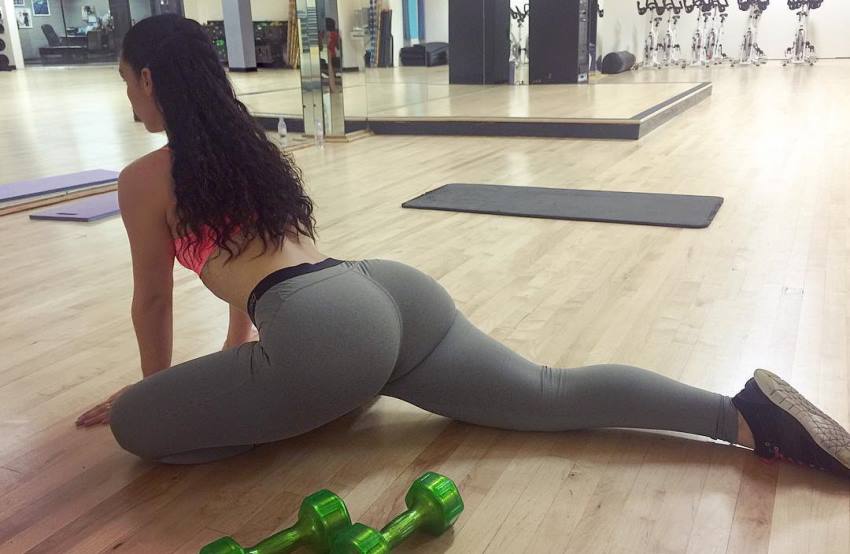 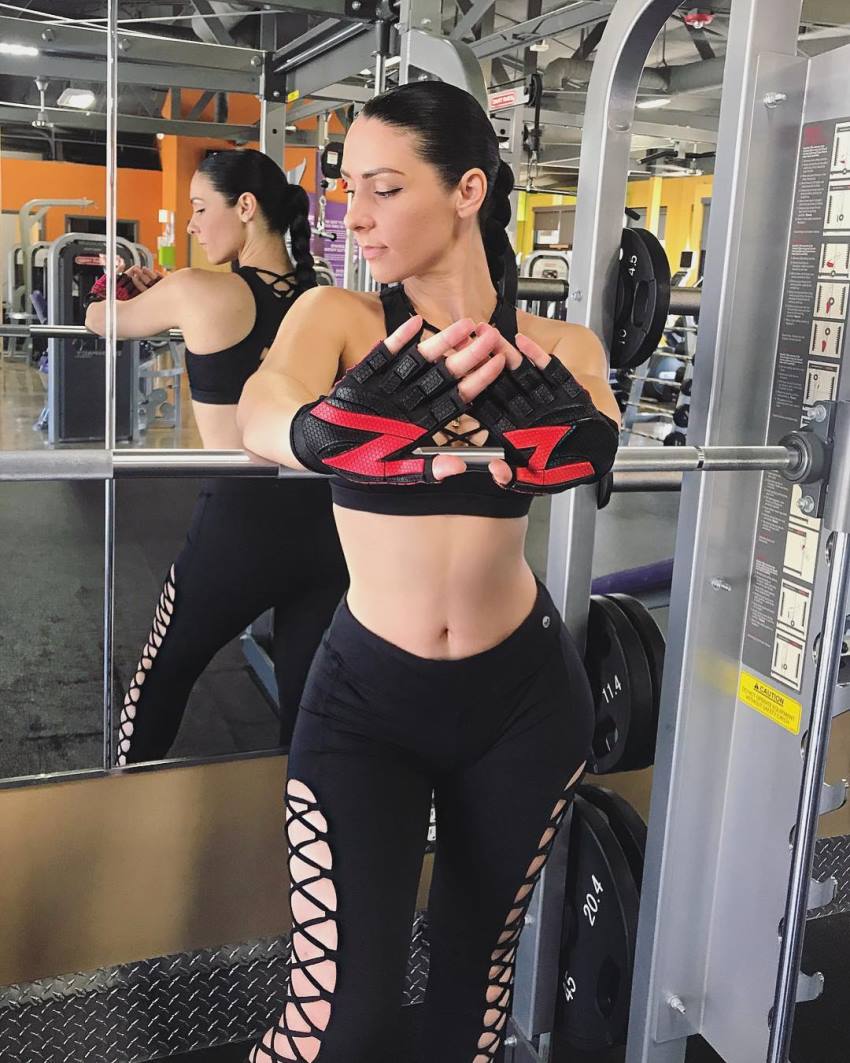 Viktoria Kay lives and works in Los Angeles, California, but she’s originally from Europe. She was born in Budapest, Hungary, and was raised in Germany.

In her youth and throughout her adolescence, Viktoria was an extremely athletic person. She played tennis for many years, up until mid-college. 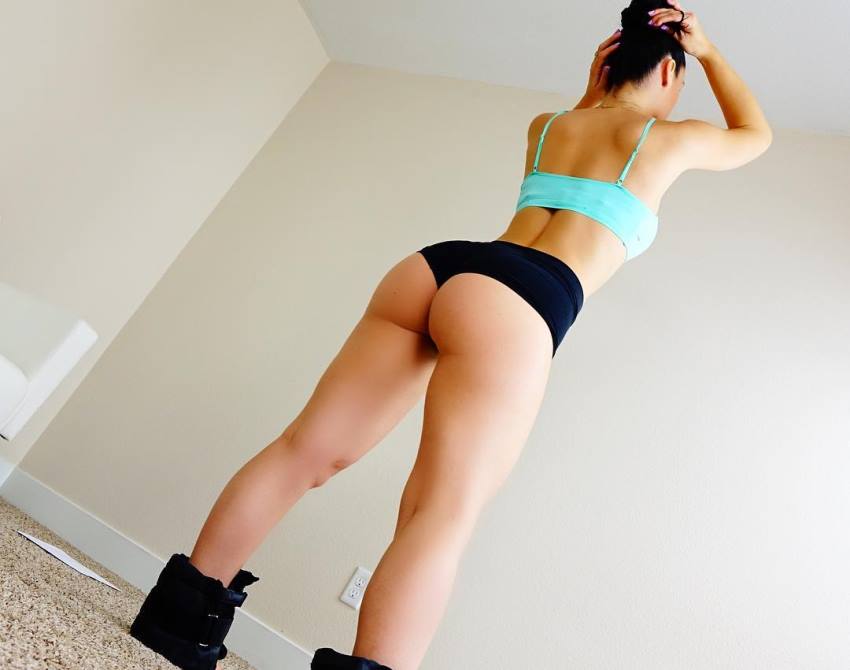 Alongside her interest in sports, Viktoria was also passionate about modeling. This became more apparent as she approached her early 20s.

Eventually, it came to a point where Viktoria realized modeling was her ‘true calling.’ Because of this, she decided to take the plunge and move to Los Angeles, US at the age of 21 in pursuit of bigger opportunities.

Viktoria was all alone in her decision, she did everything alone. Needless to say, it was one of the toughest decisions Viktoria had ever made, but one that paid off. 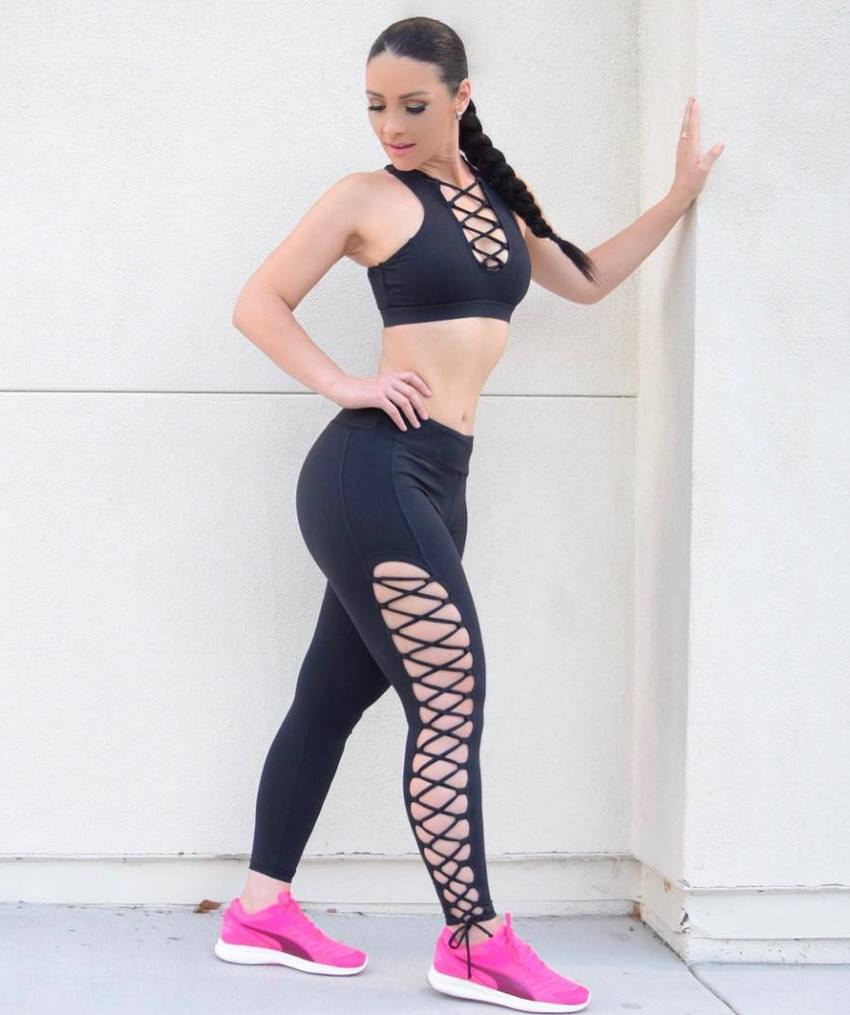 For the first few years in the United States, Viktoria didn’t have it easy. As a foreigner, she faced many hardships. Such as, not knowing the English language, making new friends, and living alone in a new environment.

However, Viktoria was perseverant. She had a goal of making it as a model and she didn’t want to give up until she reached her goals.

Eventually, after years of struggling, Viktoria caught a break when certain modeling agencies and companies started to offer her work.

As someone who was always dedicated to physical activity and modeling, Viktoria decided to combine working out in the gym, with modeling, to become a fitness model. As she said; “I pursue modeling full-time and I am very involved in the fitness world, which works together very well.” 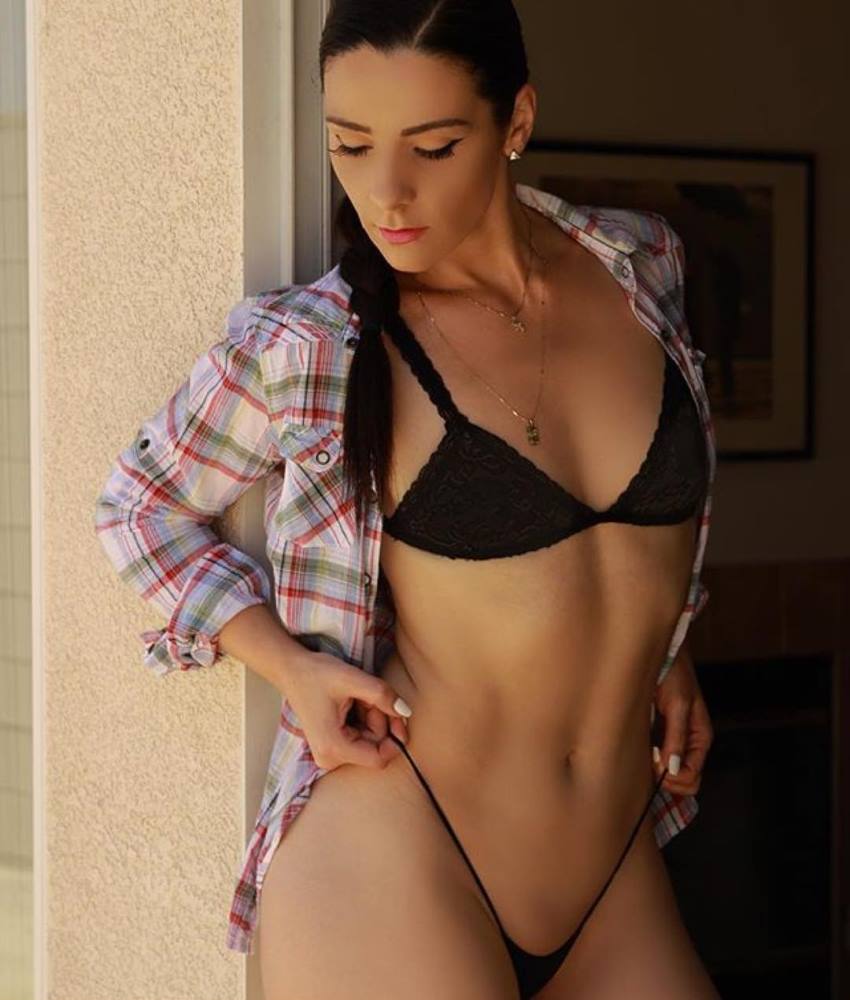 After several years, Viktoria successfully made a name for herself as a fitness model. But Viktoria didn’t stop there.

Viktoria went on to open her profiles on social media, and video blogging sites – sharing her fitness and modeling journey with people around the world.

Her awesome physique, warm personality, and incredible work ethic allowed her to attract a large amount of followers to her sites – establishing herself as a social media influence along the way.

Viktoria now continues to push her limits, both in her career and life. She strives to reach her ultimate potential, and also, inspire as many people as she can along – using her own story as an example. 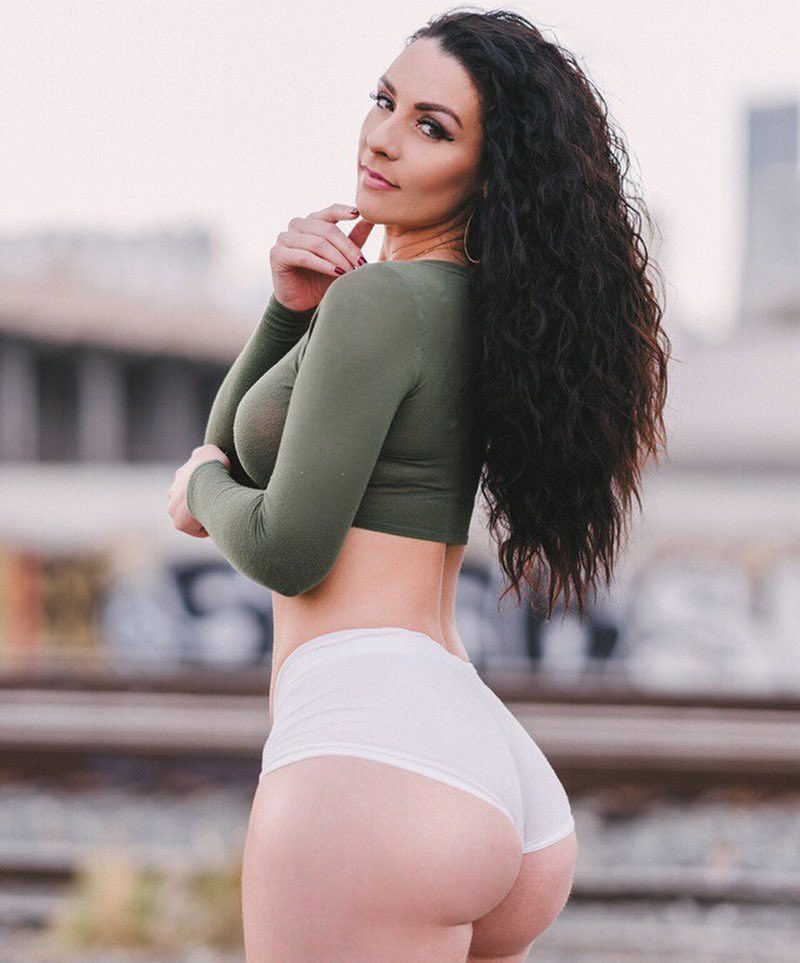 Viktoria considers her abs and glutes as her best body parts, saying; “My best physical attribute is my abs and butt. I work hard on those!”

In order to sculpt these body parts, Viktoria goes to the gym several times per week – dedicating up to four workouts per week to her abs and glutes.

By training hard and constantly experimenting with new exercises, Viktoria is able to maintain a toned physique all year-round. 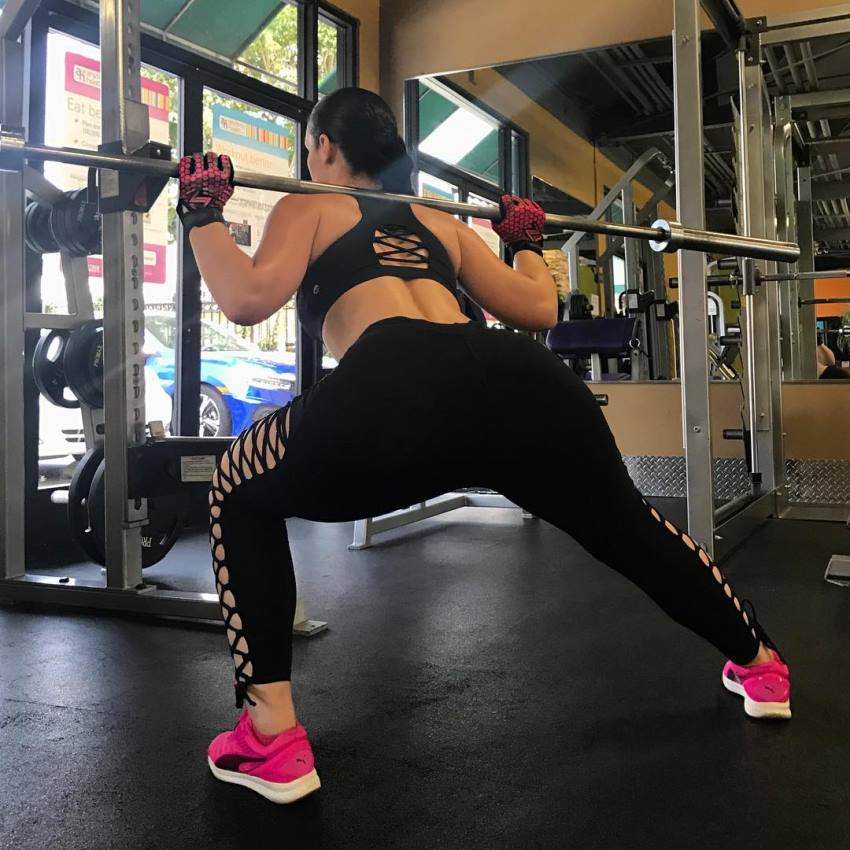 Diet Based on Whole Foods

Viktoria works just as hard with her diet as she does with training. She says, if she puts a lot of processed, high-glycemic foods in her body, there is no amount of training that will allow her to have a chiseled physique. For this reason, Viktoria eats mainly whole foods such as avocados, oats, quinoa, berries, etc.

For protein, Viktoria will eat a lot of chickpeas, lean poultry meat, and low-fat dairy. These foods give her the building blocks to rebuild her muscles following tough workouts in the gym.

On the other hand, there is also a place and time in Viktoria’s schedule for a cheat meal. As she says, cheat meals are something that serves her as a reward for her hard work in the gym.

According to Viktoria, maintaining a lean figure is all about the diet, exercise, and consistency. In her own words;

“Most importantly through diet and exercise and I also take a ton of vitamins! The key is to stay consistent!”

Inspired to reach your maximum potential like Viktoria? Read our complete guide on how fat burner supplements can really up your game! 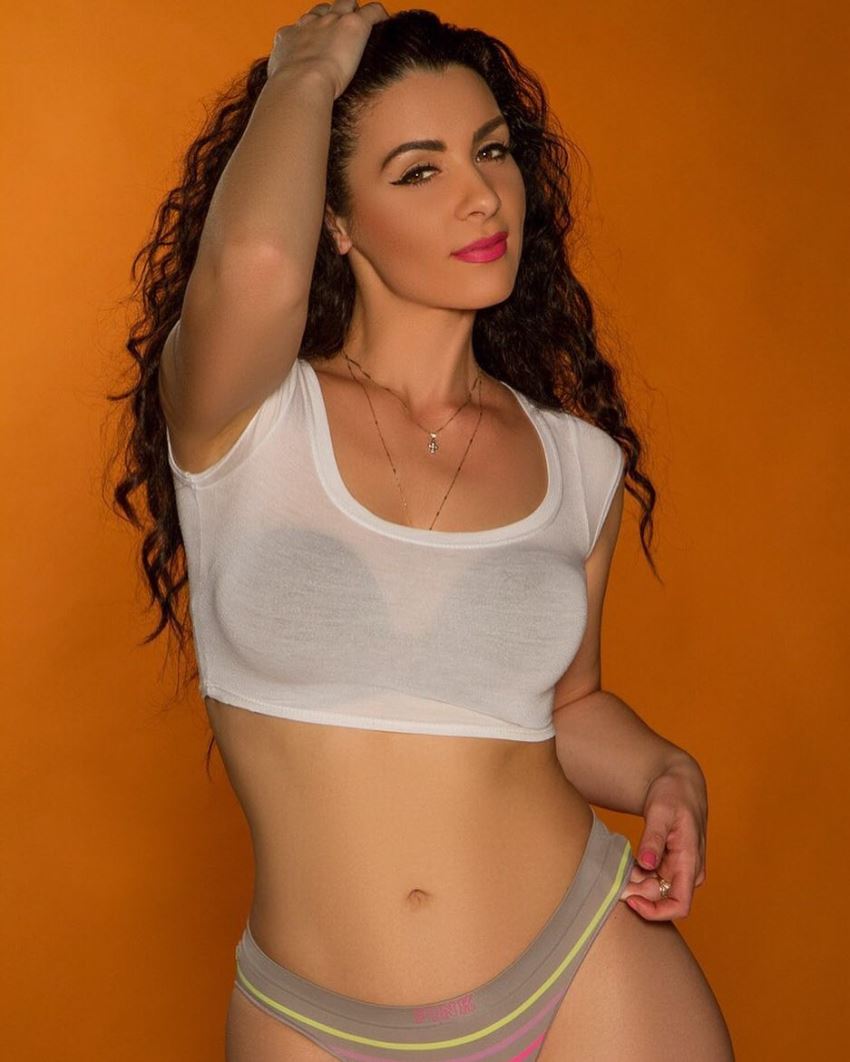 Viktoria’s inspiration comes from her fans who support her daily in her endeavors in fitness, blogging, and modeling. However, when she first moved to America, Viktoria had no one else but herself as a motivation.

During her first few years in Los Angeles, Viktoria didn’t see much progress in her goals. However, thanks to her perseverance, she eventually manifested all of her dreams into reality – becoming a renowned fitness model, social media star, and video blogger. 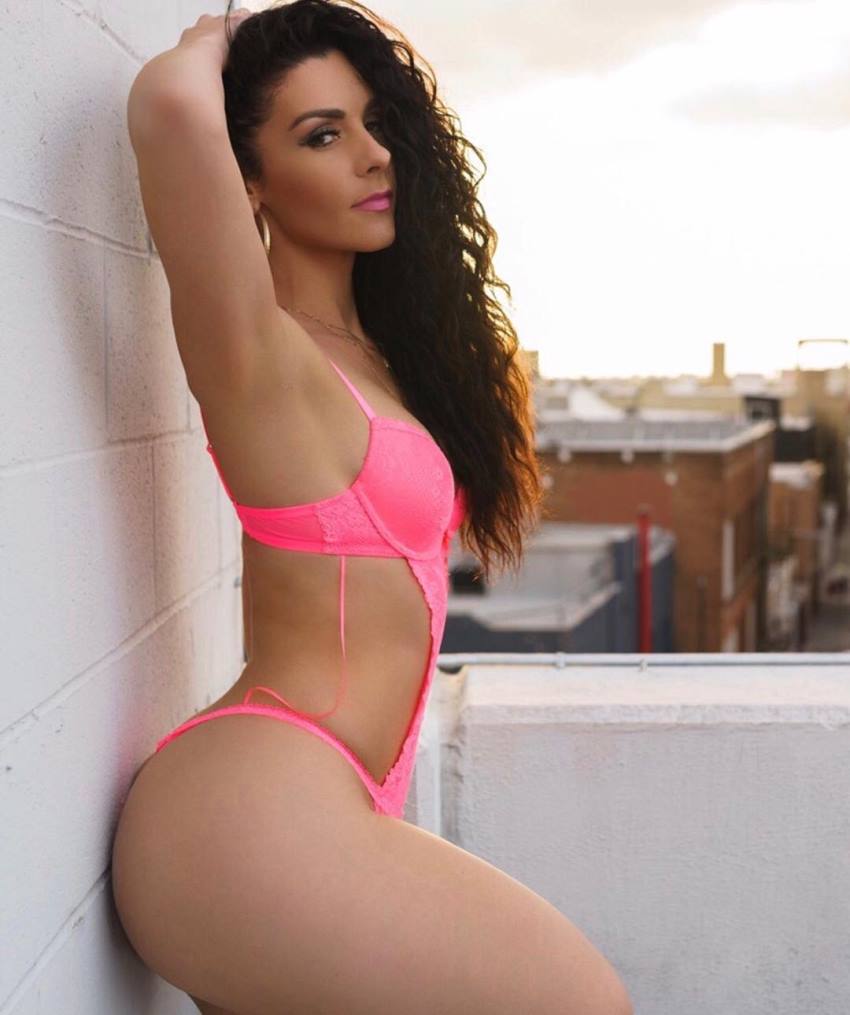 What we can learn from Viktoria Kay

What we can learn from Viktoria Kay is that results don’t always come fast. In Viktoria’s case, she had to spend several years in America, overcoming obstacle after obstacle, before reaching her goal of becoming a model.

It wasn’t an easy journey, Viktoria only had faith as her motivation, and also the belief that she would eventually make it. Thanks to her mindset, Viktoria not only made it as a model, she also became an online social media icon with an army of fans – proving to everyone that perseverance pays off.

Ultimately, Viktoria’s story leaves us with this; learn to accept difficulties and struggles as a part of the process of becoming successful. Also, learn that success doesn’t come fast. If you’re able to stay calm, and patient despite the obstacles you might face, then, there is no goal that you can’t accomplish.

Love her! she have a intense training and is a very attractive woman.

Most self-congratulatory piece of garbage I ever read. Yuck!

I love you so much Viktoria.you are a best woman i see that’s why i reached you everywhere in social media. You are very beautiful and attractive and sexy.you are my dream girl that’s why iam always and everyday look at your videos on youtube.be always the best.

Hey girl..we are same age mates i am one year older than you. But our month is same october. I like you way more than everything. I wish you were my gf.

Victoria is an amazingly beautiful and talented person, and I admire her story and beauty. I never really sought the limelight much, but to each her or his own. I hope she finds someone great to share her life with or keeps that person close if she already found him or her. Love you, babe! So hott! ??

Victoria are you in a relationship now?

You are a Bella woman. A warrior.
I really admire your work by showing women that you are powerful.
To me you are one of the most perfect women I have ever seen very beautiful.
God’s peace may God bless you always in your life Viktoria Kay.
Pedro Esteves.

Hi sweety !
I would love to Say some about YOU !
Well as a Girl YOU are so Elegant and attractive…
As a Model YOU look so adorable in your Beautiful silhouette ..!
As a LADY YOU ‘re completly breathtaking and so Lovely?
I do apreciate so much the way YOU manage your life , evenmore I like your great willingness to reach all success and i do apreciate your self-confident
I juste CONFESS , YOU are completly a wonderfull woman throughout each part of your Splendid Body and your soft Soul …Realy i can’t hide my feelings toward THE MAGIC-BEAUTY that YOU are AND so , I can’t resist to your Chame …I like YOU so much and wish you all best success ..SWEET girl !

Hi ! Viktoria Kay I am beg fan of yours . you are very perfact Lady in this earth . I saw your u tube channel in daily basis. And I add u in Facebook and other social net work like intragram . I want your Whatsaap no. I am from Pakistan . My name is Alifaraz.

hello how are you Viktoria. even if you don’t like me I will always love you I have a lot of affection for you. you are the woman Most beautiful I’ve ever seen. Like you don’t have it, you are very perfect iloveyou Viktoria ??♀️♂️?????? ♥ ️???

YOU IS NA CREATION OF GOD AND YOU LOOK WONDERFUL . WONDERFULLY MADE FOR YOUR HARD WORK.