Thais Eid is a Brazilian fitness “muse”, model, and social media icon. She first rose to prominence in 2015, after winning the Brazilian Fitness Muse title. Since winning the show, Thais has made waves in the fashion and fitness industry. Pictures of her lean and fit physique now inspire fans from everywhere.

To sculpt such a figure, Thais had to put in an enormous amount of effort into her fitness journey. She says she can’t go a day without training in the gym. It’s what fuels her, both physically and mentally.

“When I don’t work out because of some work or commitment, I get stressed out and sad. I feel like something is missing; I get bored and desperate to get back to the gym!”

However, Thais says fitness is not just about aesthetics, it’s also about inspiring others and helping them reach their own place of happiness. 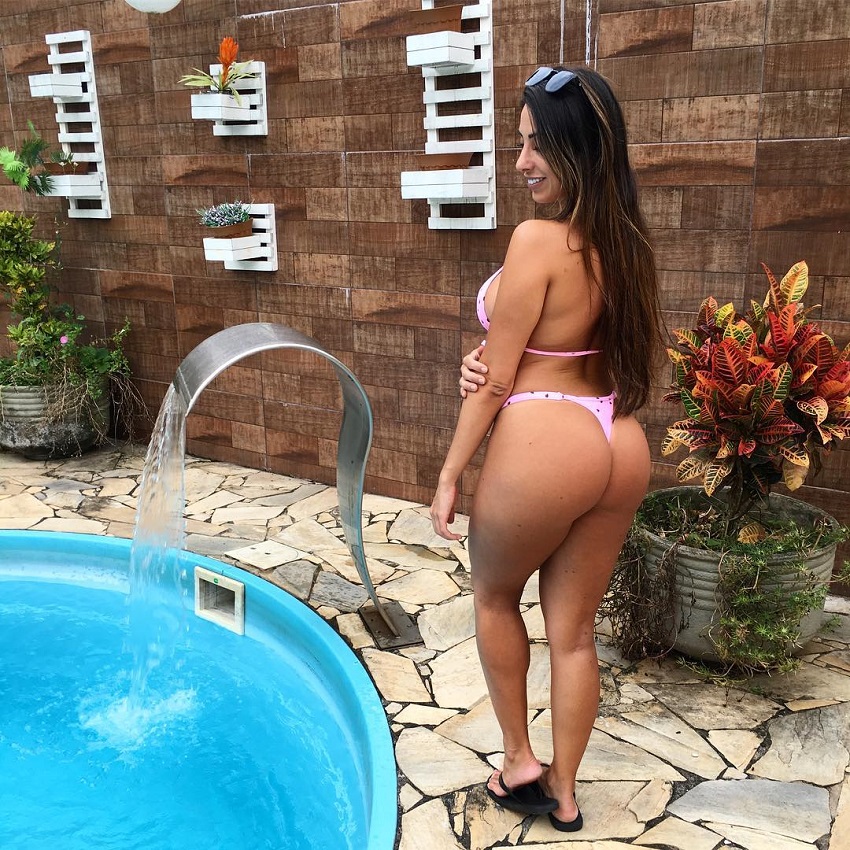 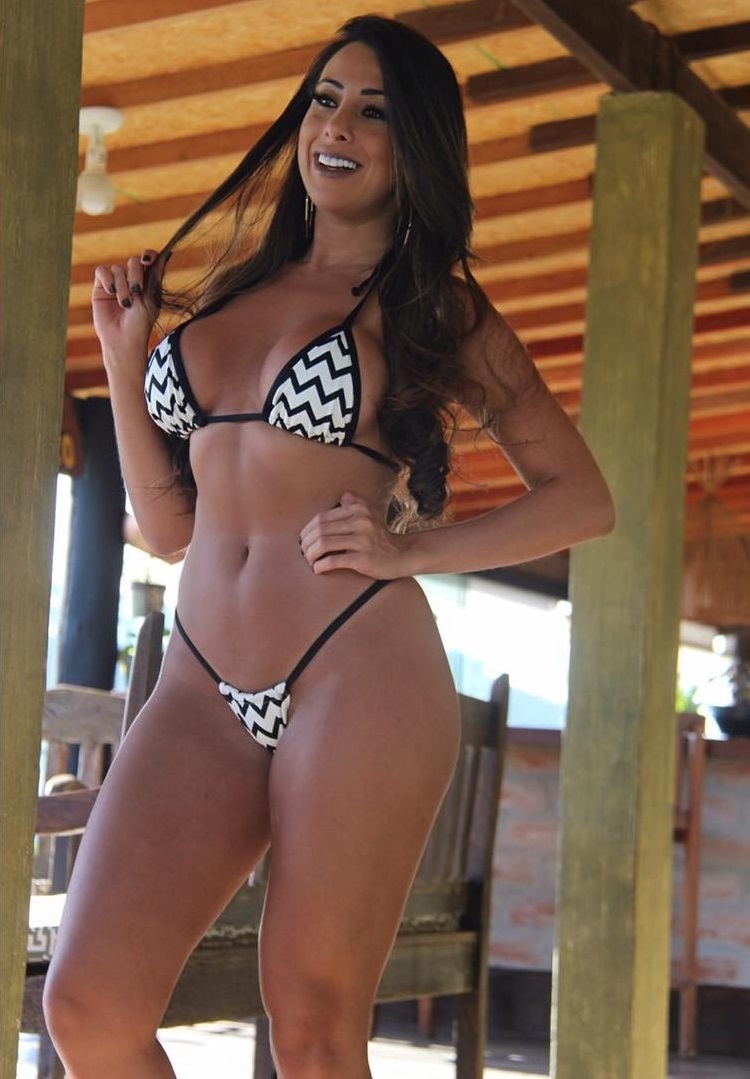 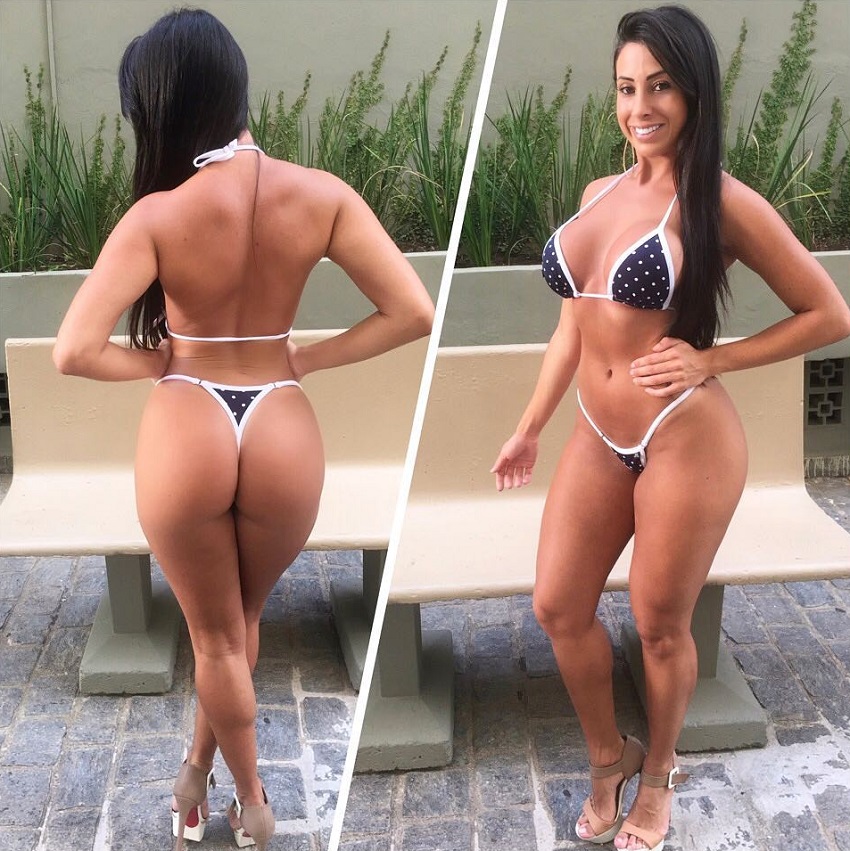 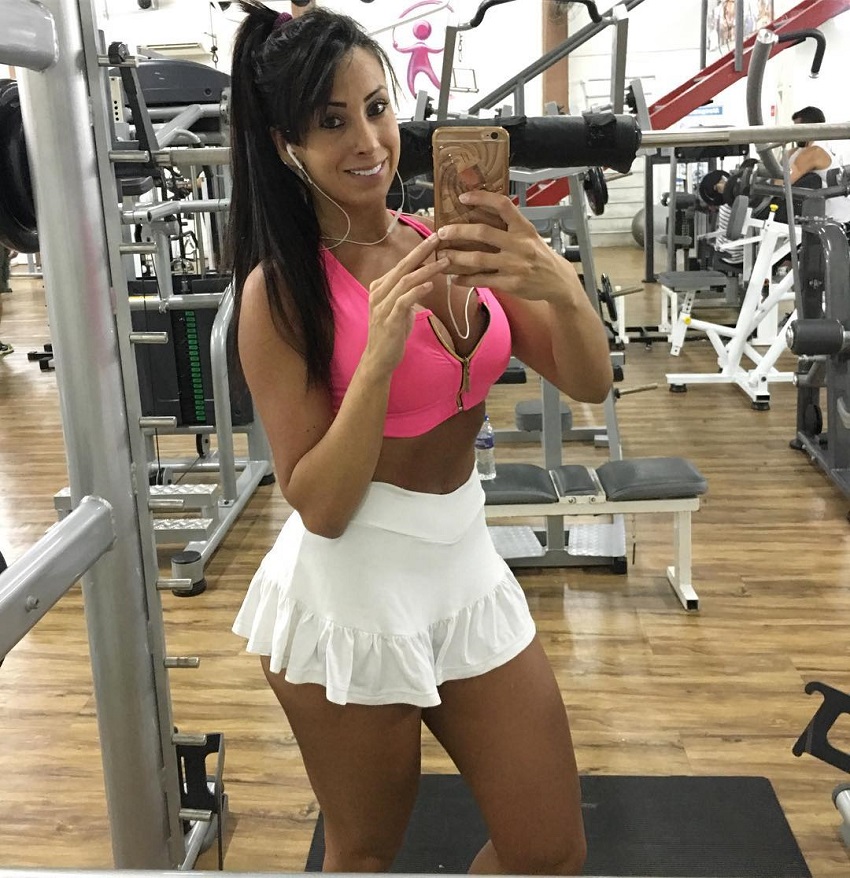 Despite having a busy schedule, Thais Eid tries to fit at least 6 workouts per week. However, no matter how often she trains, Thais puts her ‘heart and soul’ into every workout and gives her best.

This mentality has allowed Thais to become a little stronger, and a little better in her craft, year after year. Small, yet consistent results are what drives her forward. 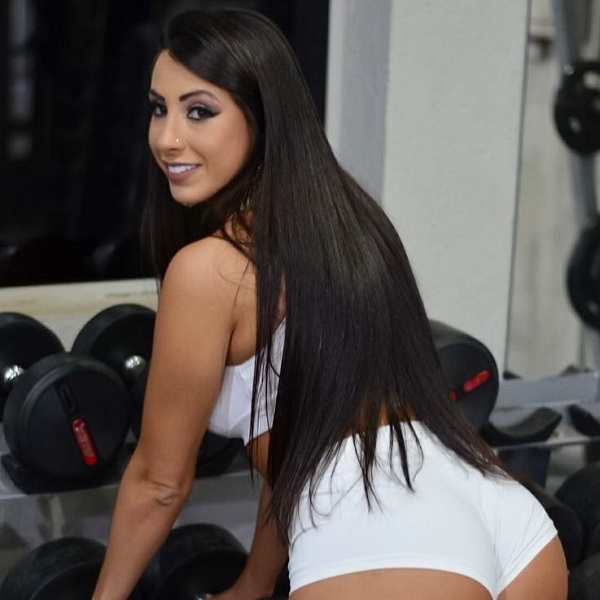 When she has a day off from work, Thais will use her free time to go on a hike or take a long walk. This not only helps her burn fat, it also relaxes her body and mind. 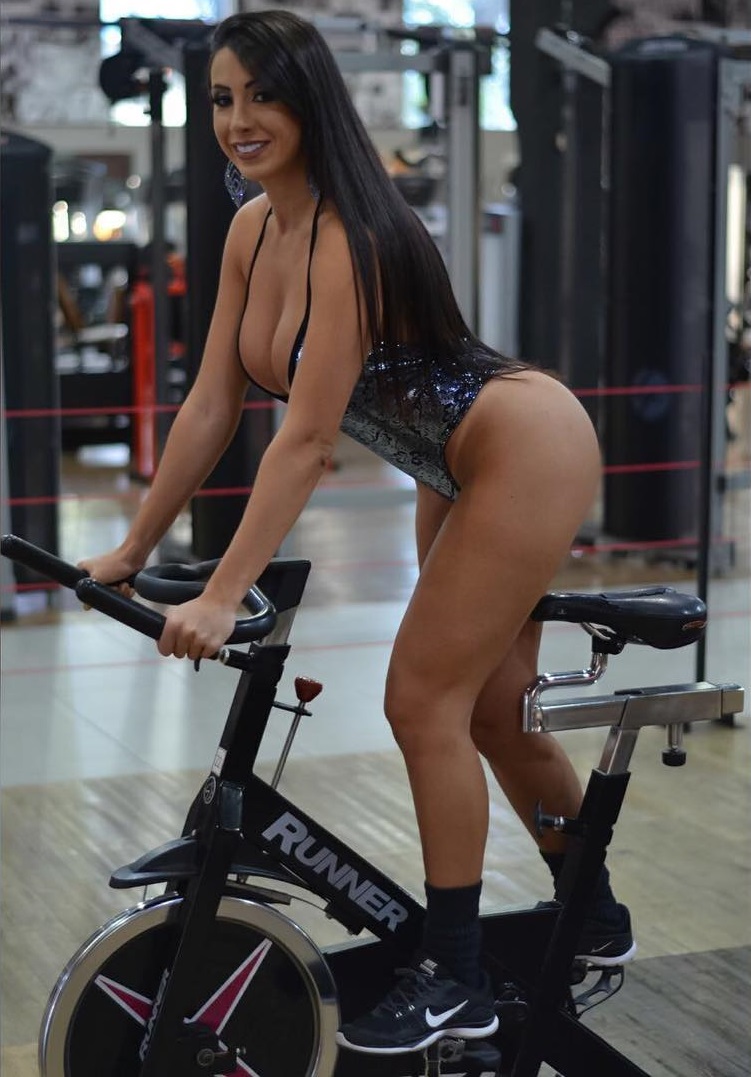 Initially, it was difficult for Thais to get used to constant traveling and preparing meals in advance. But over time, it’s become second nature to her.

Whenever she travels somewhere, Thais will lay out an entire meal plan the night before. She’ll cook the meat, boil the rice, and chop the vegetables.

Once the meal is done, she’ll put the foods together into a tupperware and then into a freezer. From there, Thais’ meals are ready to be eaten wherever she goes. 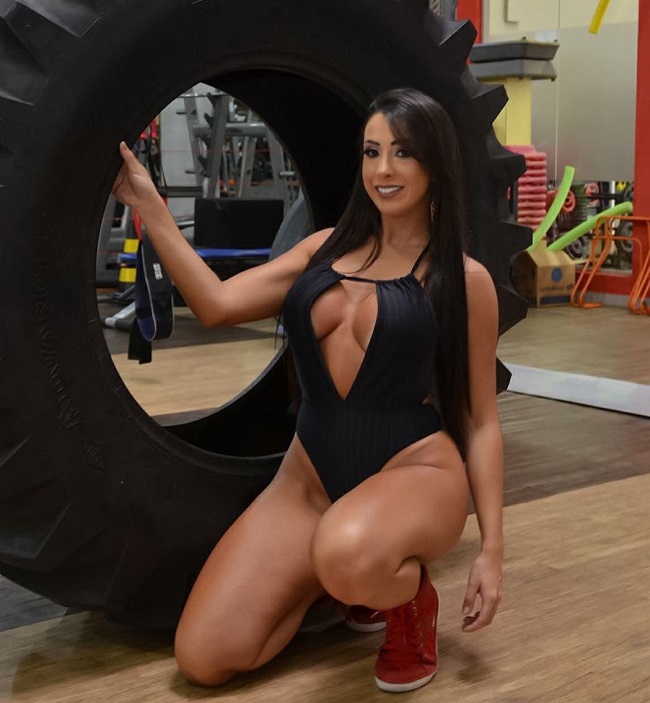 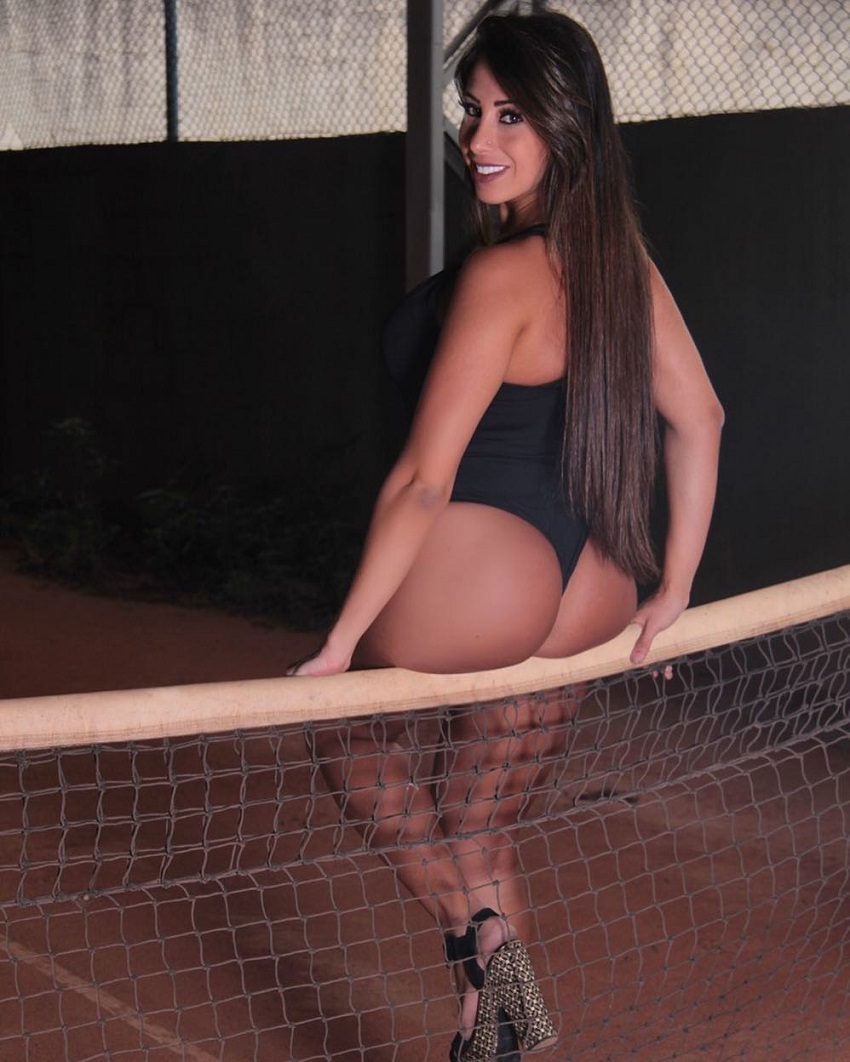 What we can learn from Thais Eid

There’s a common thread among athletes that are successful in fitness, including Thais Eid. They are absolutely dedicated to their craft. Individuals like Thais don’t give up until their goals are met.

She works hard both in, and outside the gym, and takes full advantage of each opportunity life gives her. According to Thais, this mindset is key to success.

What we can learn from her example, is that instead of making excuses when things don’t go your way, try to find a solution to the problem.

If your goal is to eat healthy, but you’re too busy to cook during the day, perhaps preparing meals in advance would solve this problem for you. Just like Thais does.

She’s shown us that no matter which problem you might face, there’s a solution out there – and it’s up to you to find it.

Thais Eid is a brilliant female professional bodybuilder and fitness model from Brazil. Her physique and her symmetry are quite amazing to the naked eye. May everything go well for you in 2021!! Happy Holidays To You In Brazil!!