Sumeet Sahni is an American fitness model, online training and dieting coach, and sponsored athlete. She’s known for helping her fans and clients lead a healthy and fit lifestyle; setting an example for them with her curvy and lean physique.

However, Sumeet wasn’t always an example of prime health. During college, she led a very unhealthy life; only eating foods such as pizzas, french fries, burgers, fried chickens, chocolate spreads, and so on. On top of this, she also partied every week, drinking copious amounts of alcohol.

Eventually, Sumeet woke up one day, seeing what she made out of her life, and decided enough was enough. She then hired a professional coach who put her on a strict weight training, and dieting program. This saw Sumeet completely transform her physique within months.

After she made her transformation to fit and healthy, Sumeet began competing in bikini shows, as well as starting her online personal training business. Over time, she gained a lot of recognition for her work, and became a fitness icon. 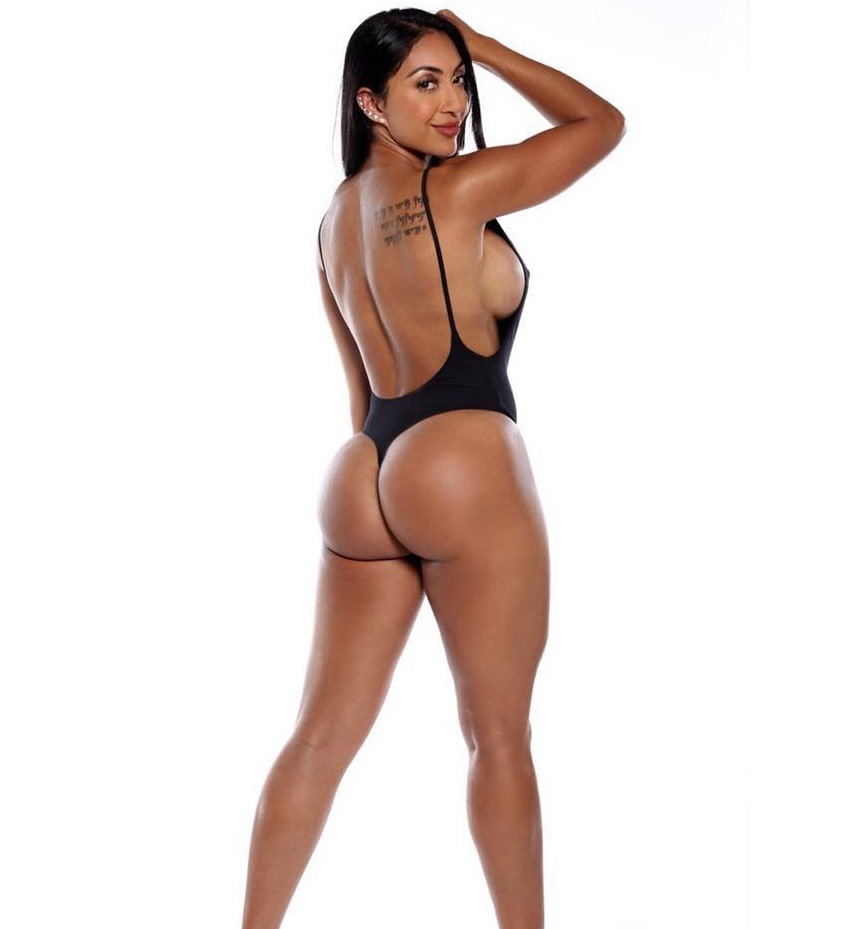 “The fit life ain’t always easy, but it’s always worth it! Be willing to make sacrifices and be putting in work when most aren’t.” 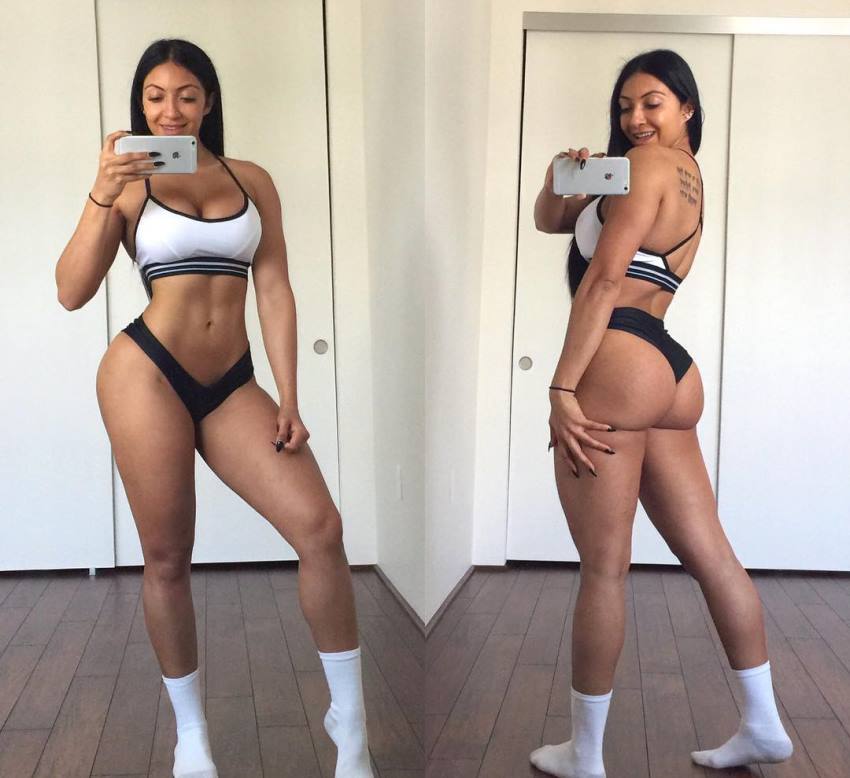 “One thing I try to do every Monday is workout. I like starting my week off with a strong, positive, and productive start. I feel like it sets the tone for the entire week.” 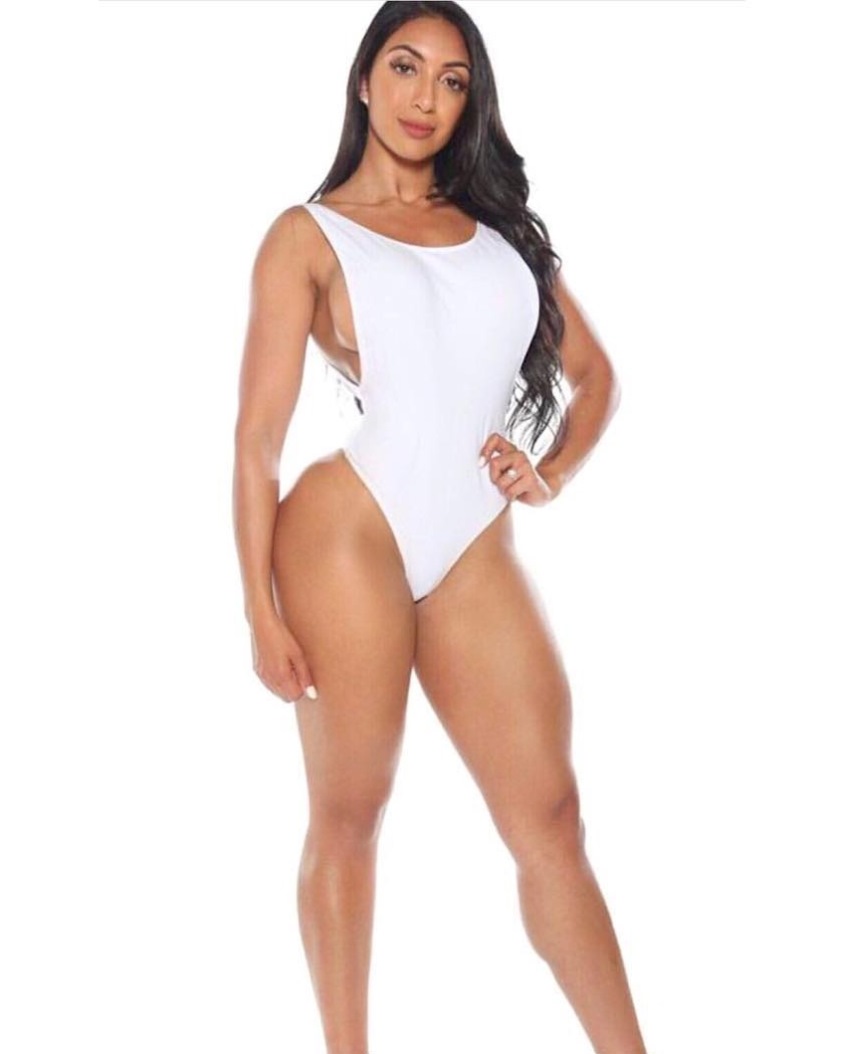 “Every week I take a few progress pics to make sure my diet and workouts are working well and more importantly, to help keep me accountable! I have done this weekly for years and it’s so motivating to go through old progress pics and see my transformation!”

Born to Indian parents, and growing up in the United States, Sumeet Sahni wasn’t very involved in sports as a child. Her family wanted her to focus on her academics; encouraging her to push herself mentally, but not so much physically.

However, this changed when Sumeet stepped into the gym for the first time at the age of 13. She says; “I fell in love. I had no idea what in the world I was doing, but I was intrigued by all of the equipment and endless possibilities.”

Sumeet soon started lifting weights daily, learning how to perform certain movements through trial and error, and through guidance from trainers who worked at her gym.

By the time Sumeet graduated from high school, she started learning more about nutrition as well; noticing her body gradually changing as a result.

After high school, Sumeet enrolled in college. And, with college also came things like partying, junk food, alcohol, and little sleep. As a result of this lifestyle, Sumeet lost all of her gained muscle; getting completely out of shape.

“I might have been getting my B.S. in Exercise and Sports Science, but let be honest, I spent the next 4 years living the college lifestyle. I was partying hard, eating everything and anything I wanted, and was going to the gym a total of maybe 1 time every 2 months.”

Later, after her graduation from college, Sumeet traveled to South Korea to work abroad. But, her unhealthy habits didn’t stop there. In fact, Sumeet’s lifestyle was so unhealthy at this point, that she says she became extremely unhappy with who she was – both from the inside, and outside.

Sumeet recalls waking up hung over one afternoon with an empty box of french fries on her left, and an empty jar of a chocolate spread on her right. After she saw this, Sumeet says something ‘clicked’ in her mind – she became grossed out by who she had become, and “the amount of disrespect I had for my health and body.”

Turning Her Life Around

From this point forward, Sumeet dedicated herself to changing her life for the better. She realized small changes wouldn’t do much for her, so she opted for a radical action – hiring a professional online coach who helped her get in shape for her first bikini contest.

In a matter of months, Sumeet went from unhealthy looking 125 lbs to ripped and contest-ready 107-lbs. After her debut competition, Sumeet went on to add a lot of lean muscle to her frame; getting into the best shape of her life.

“I’m currently at 140 lbs of lean muscle and still trying to improve every day.” 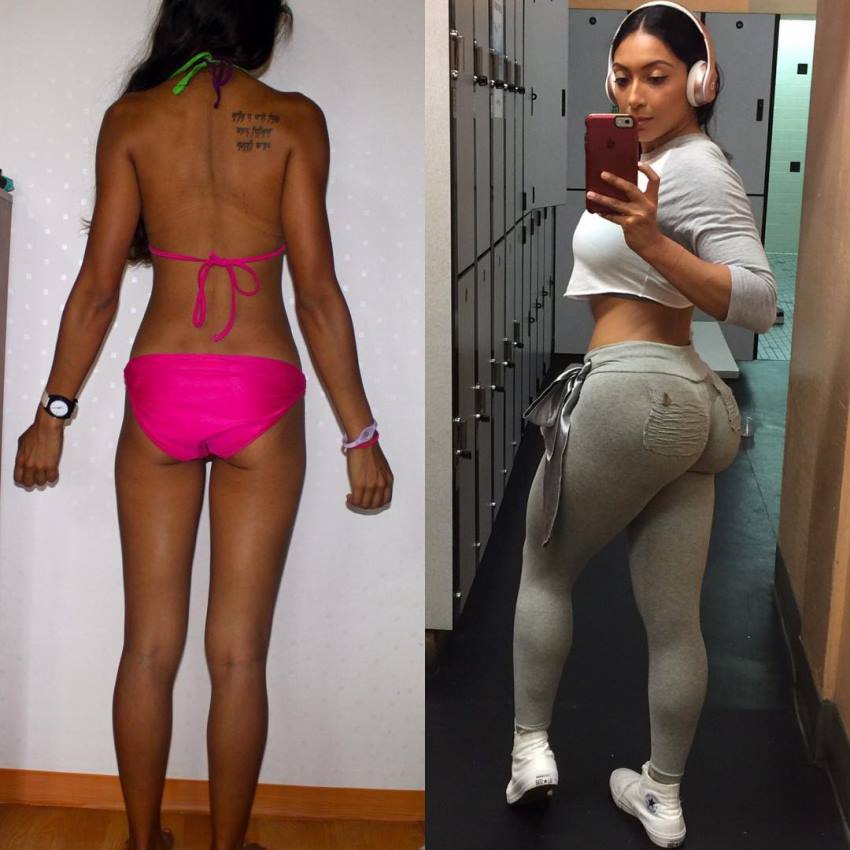 Following her transformation, Sumeet began working as a personal trainer in San Francisco; helping others achieve the same success.

In 2014, Sumeet went a step further by opening her online coaching business. With enough time and dedication, she became a well-known fitness icon with countless success stories from her clients, and fans. 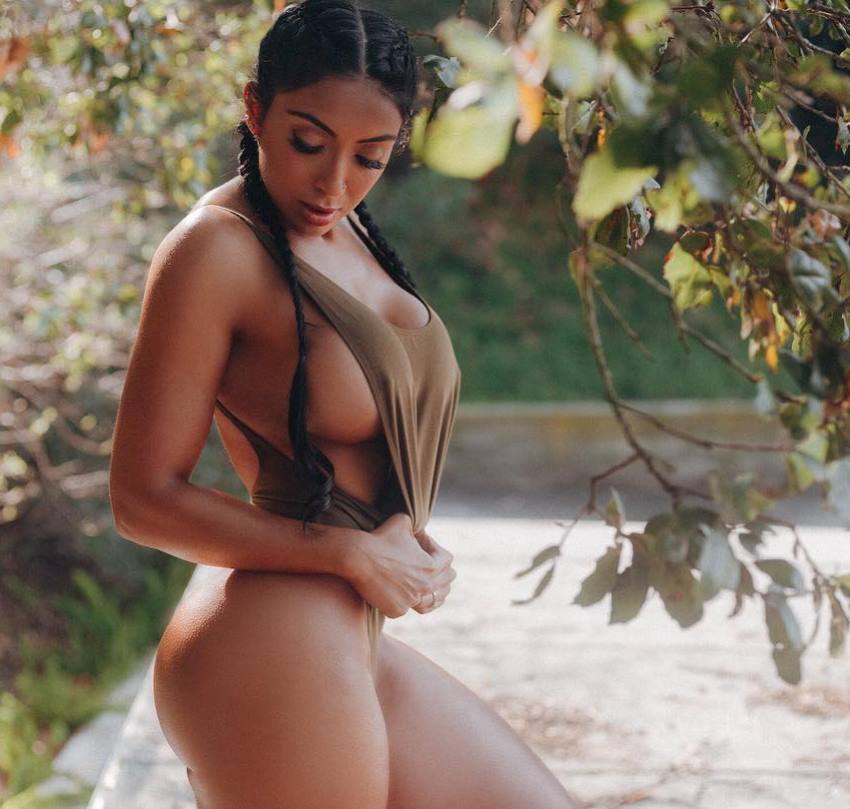 When Sumeet started preparing for her debut competition, she did a lot of squats, deadlifts, and leg presses. As a result, both her legs, and glutes grew tremendously.

However, there came a certain point where Sumeet realized she needed to stop growing her legs, and focus on her glutes. As a bikini competitor, it was necessary for Sumeet to make her glutes stand out.

The way she did this is by following a few rules, and they were; 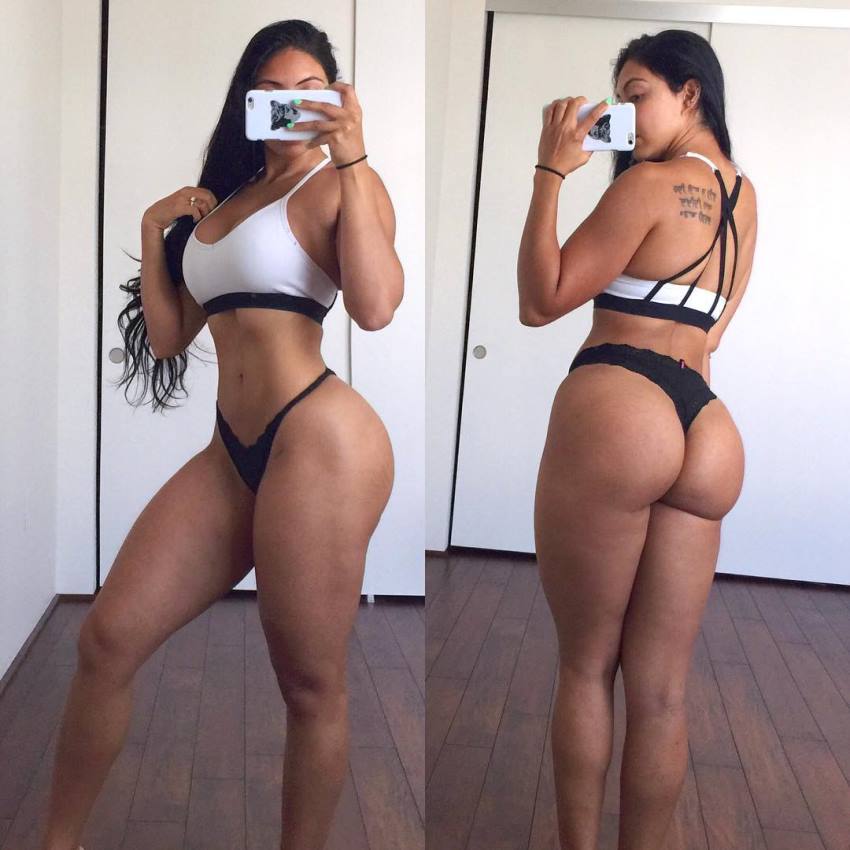 “The amazing thing is that you get to create whatever body you want, at any given time. I used to think that “fit” meant having cut arms and super lean abs, but over the years, I’ve realized that fit can be whatever you want it to be.”

Sumeet says, meal planning ahead, and preparing it will either make or break her diet. It’s one of the most important aspects of Sumeet’s nutrition – without it, she says wouldn’t be able to stay in top shape during her travels.

There are several key components when Sumeet prepares her meals ahead, and they are;

She usually does her major cooking on Wednesdays and Sundays, cooking around three to four days worth of foods. Including chicken, potatoes, brown rice, and vegetables.

In case her week ahead is extremely busy, Sumeet will cook a whole weeks worth of food – putting the first three to four days worth of food in the refrigerator, and the rest in the freezer, so it doesn’t spoil.

The best way Summet has found to deal with junk food cravings is, to allow herself one cheat meal twice per week; the only condition being eating healthy and clean for the rest of the week.

According to Summet, it would be irrational and unhealthy to completely cut out tasty foods from her diet. She says it’s important to let loose once in a while, as this gives her rest from sometimes mentally-draining dieting. 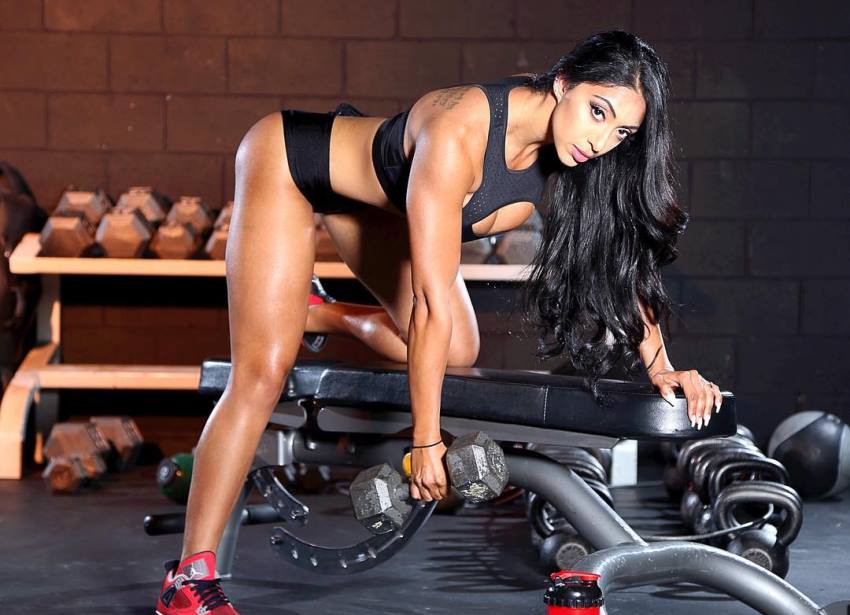 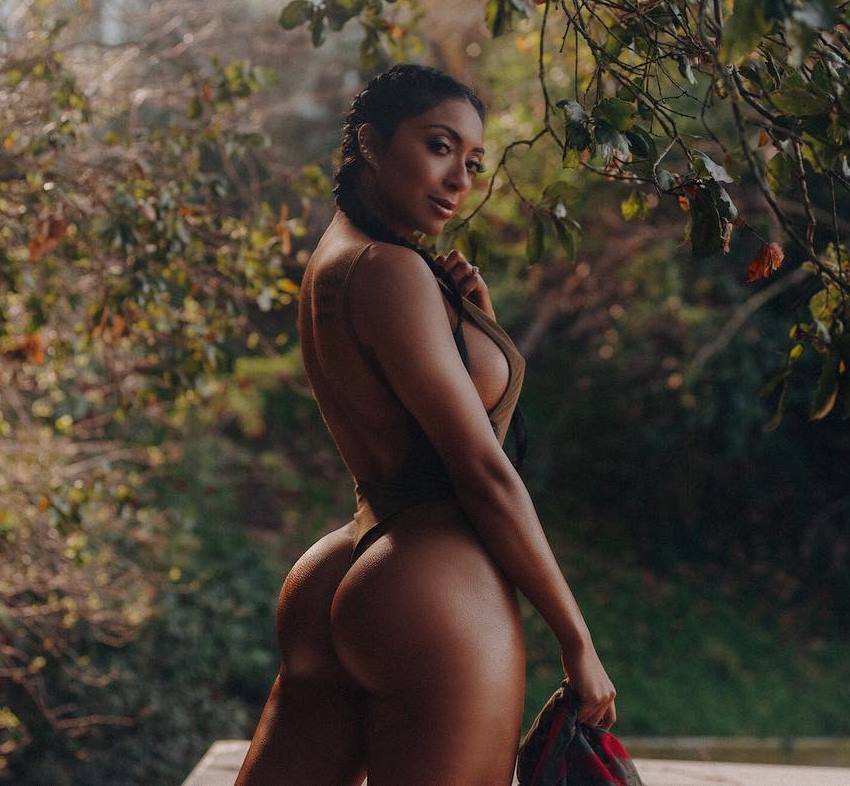 “I feel so grateful to be working with such amazing clients around the world. Every day I am inspired by how they push through their adversities, work so hard, and stay positive. They come to me for coaching and inspiration, but so often they are the ones that inspire me.”

What we can learn from Sumeet Sahni

One thing Sumeet Sahni taught us, is that if you want to have ripped and fit body, you’ll have to embrace both the training, and dieting part of the fitness lifestyle.

Many people get stuck on just one of those aspects, thinking if they’d train harder, or just eat better foods, they would get in an amazing shape.

While in reality, it’s important to have both training and nutrition covered, along with having enough rest.

It may not be easy, but if you can build a habit of working out regularly, and watching what you eat – you’ll eventually transform your physique, as well as life – just like Sumeet Sahni.

I WANT YOUR BODY AFTER PREGNANCY. WHEN CAN I START HITING THE GYM AFTER I GIVE BIRTH?

Ask your doctor 1st. I have 3 kids & expecting a 4th. If you worked out all pregnancy then it will be in just a few days. Start slow & listen to your body. My 3rd pregnancy was hard so I had to stop working out at 7 months but I started walking miles 2 days after she was born & lifting the weeks after. Hope this helps & congratulations!

Hey summet hope you are doing ok , I came across your page on instagram and I was stunned to see a beautiful lovely lady as you who is ripped and physically fit.
I kindly wanted to meet up with you and have you train me must admit since college I have been out of shape and I need to get back to shape.
Please do write me back.
Thanks.
Philip.