Su Farrell is the 2011 World Powerlifting Champion (Under 60kg) and a WBFF Pro Figure competitor.

Su first embarked on her fitness journey in 2010, when she started training in the gym. After noticing quick progress in her strength, Su realized she had great potential to become a successful powerlifter, and later, a bodybuilder.

She didn’t waste any time; she began competing in powerlifting shows, winning her world title just one year after she started her fitness journey.

Since then, she’s made a leap of success from powerlifting to the world of bodybuilding – becoming the UKBFF Bodyfitness British Finalist in 2012, earning her Pro Card in 2013. 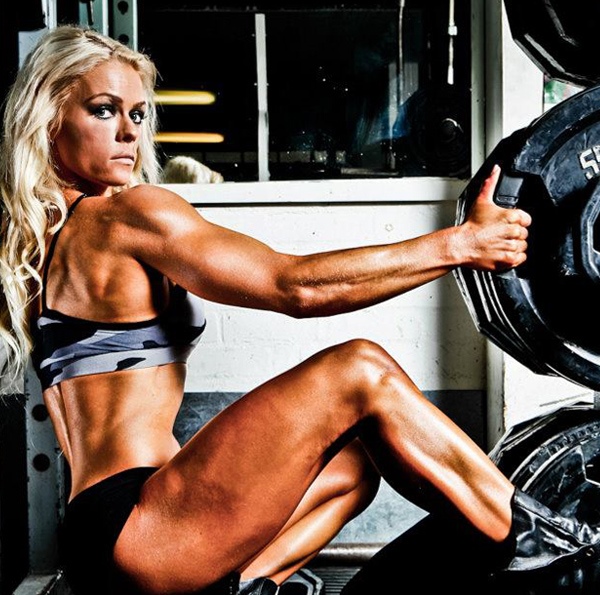 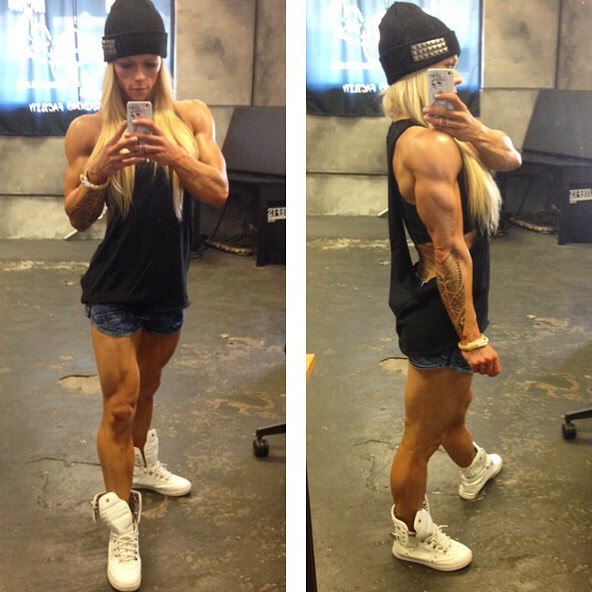 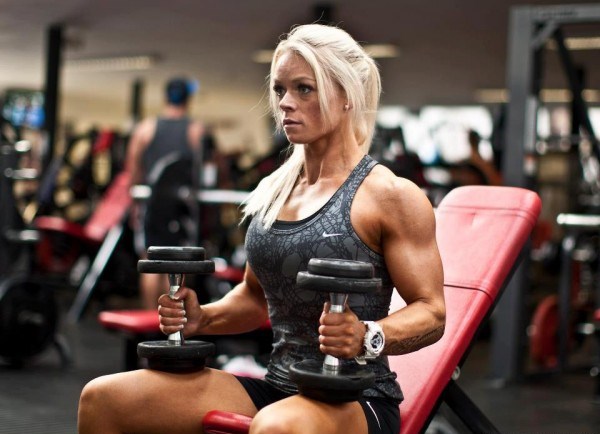 From Gymnastics to Fitness

Su Farrell was born in Devon, also known as Devonshire; a picturesque county in the southwest of the UK.

As a child, Su was fascinated by gymnastics – so much so, she spent her entire childhood attending her local gymnastics club. From there, she slowly transitioned to other disciplines and sports, participating in every activity her school had to offer.

“I always had an athletic body, straight up and down with narrow hips. I was a real tomboy as a child, I never wore dresses and preferred wearing my camouflage cap to nice shoes.”

When she was old enough, Su joined a gym and started weight training. Even though she already had an athletic build from the sports she played, Su wanted to look even leaner and stronger. As she said; “What better way to build muscle, than going to the gym.”

As Su noticed progress on her physique, her passion for fitness slowly grew. But it wasn’t until 2010 when she decided to go “all out”, and pursue her passion full-time. It was then when she moved to London, and decided to take up competitive bodybuilding, and powerlifting.

At first, she only began competing in powerlifting shows; winning her first title only one year after she moved to London. It wasn’t just any victory – Su won the 2011 World Champion Powerlifting title in her weight category. Needless to say, she was exhilarated.

After spending two years competing in powerlifting, Su transitioned to competitive bodybuilding. In 2012, she began competing for the UKBFF Federation, in the body fitness class.

Thanks to her awesome physique, she was able to take home 1st place in her second UKBFF competition; qualifying for the 2012 British Finals.

She took part in the Finals several months later, but didn’t get the result she was hoping for. Even though she came in the best shape of her life, her physique didn’t secure her place in the show.

At this point, Su had to rethink her competitive future, realizing body fitness class wasn’t the right choice for her. 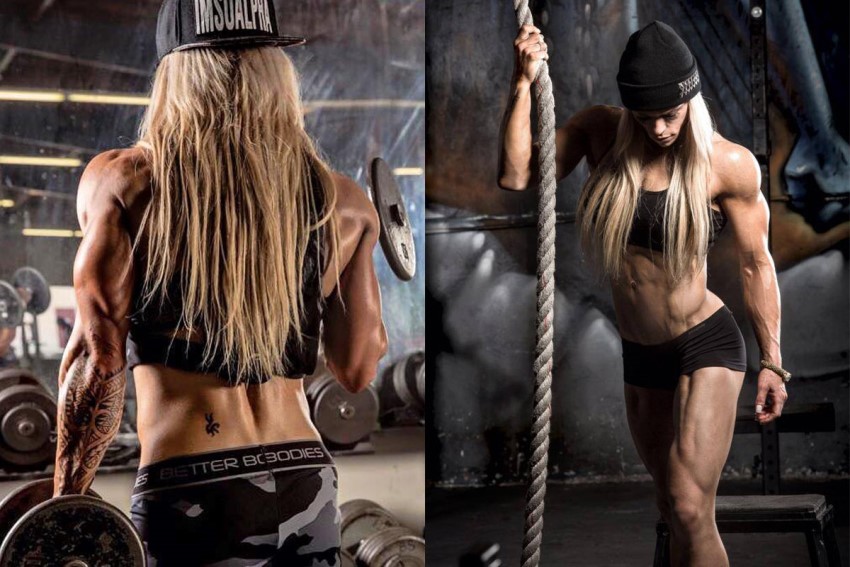 In the spring of 2013, Su began competing in the new UKBFF physique category, bringing a completely different physique to the stage; one that was more muscular and defined.

However, this new look didn’t quite match her goals. This is what she said; “I was not comfortable with the way I looked. I had put on a fair bit of muscle over the few months between competitions but preferred the slightly smaller look on my frame.”

Once again, Su was faced with a dilemma – ‘which class to compete in?’ After giving it much thought, she realized figure class was a perfect choice; representing a harder and leaner, yet proportionate look.

In July 2013, Su traveled to Sacramento California to compete in her first ever WBFF Figure show.

Having finally found her ideal category, Su saw her immaculate physique bring her the 1st place she was looking for, and in the process, the Pro Card. 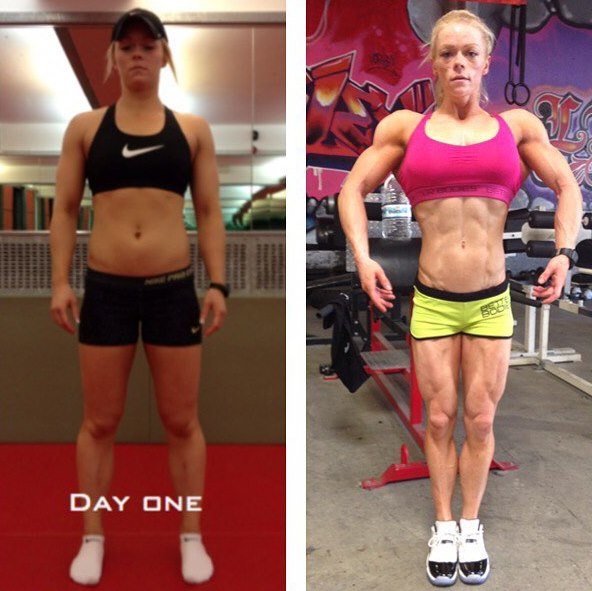 Traveling the World as a Pro

Four weeks after she entered the professional league of the WBFF, Su traveled to Vegas to compete at her first Pro show.

For the first time in her life, Su was among some of the best figure physiques in the world, including one of her idols, Monica Brant. As Su said; “I was on stage with one of my idols, Monica Brant, which in itself was an amazing achievement.”

Despite not placing in the show, Su was happy with how much she progressed over the three years of fitness competitions.

After the show, she took a longer break to recover her body, and mind. One year later, in 2014, she stepped on stage at the Vegas Pro once again, this time bringing an improved physique. Her hard work was rewarded – she placed sixth in the world.

Success on, and off the Stage

Since her placing at the 2014 Vegas Pro, Su went on to become a well-known figure athlete, and a certified personal trainer.

This is Su talking about what keeps her motivated to continue her fitness journey; “I love what I do, quite simply! I love to train and I love to see my body changing. Also, I want to do the best I can in whatever I choose to do, so that drives me on to be the best possible ‘me’.” 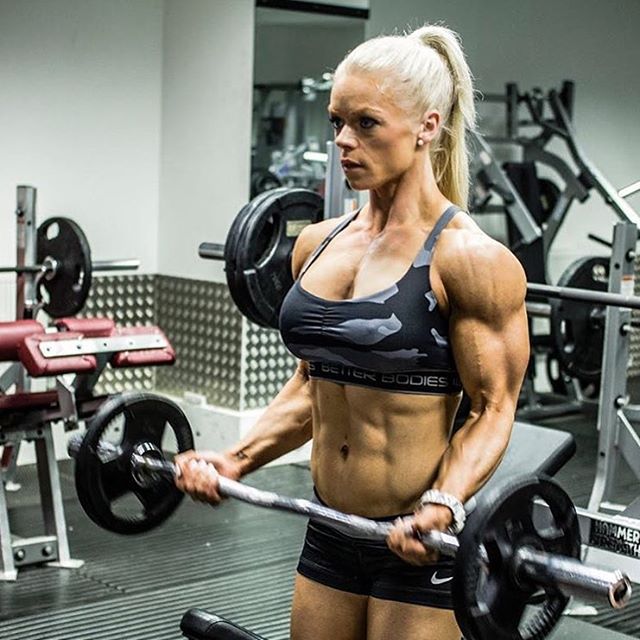 Su’s style of training changes every couple of weeks. When she’s four weeks out or less, she’ll usually do full-body splits; training five to seven times per week.

Her rep ranges vary with each exercise, but she usually sticks to around 10 repetitions per set.

Sue will do 20-45 minutes of low-intensity cardio several times per week in the run-up to a competition, she calls it “fuel work.”

However, she only does this in the last eight weeks before the competition; otherwise, she doesn’t do cardio at all. 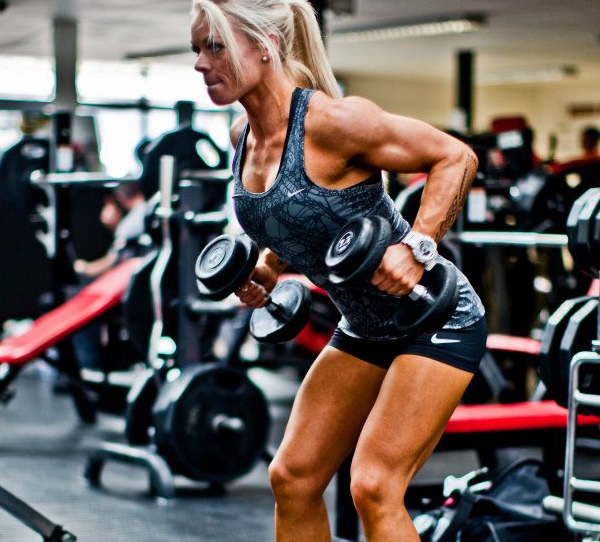 Monday – Back and Biceps 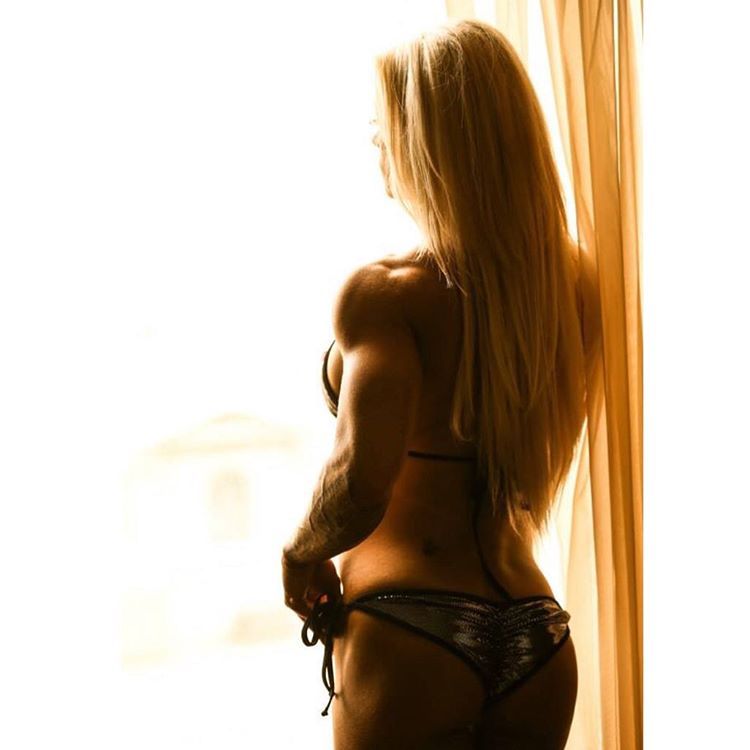 As a regular figure competitor, Su has a ‘typical’ bodybuilder’s diet which consists of all the essential micro and macronutrients.

However, she doesn’t consume a lot of carbs, even in the offseason. Instead, she has an increased fat intake– in a sense, it’s similar to a keto diet, but not as strict.

An example of her 12-week out meal plan, as well as supplementation, can be seen below. 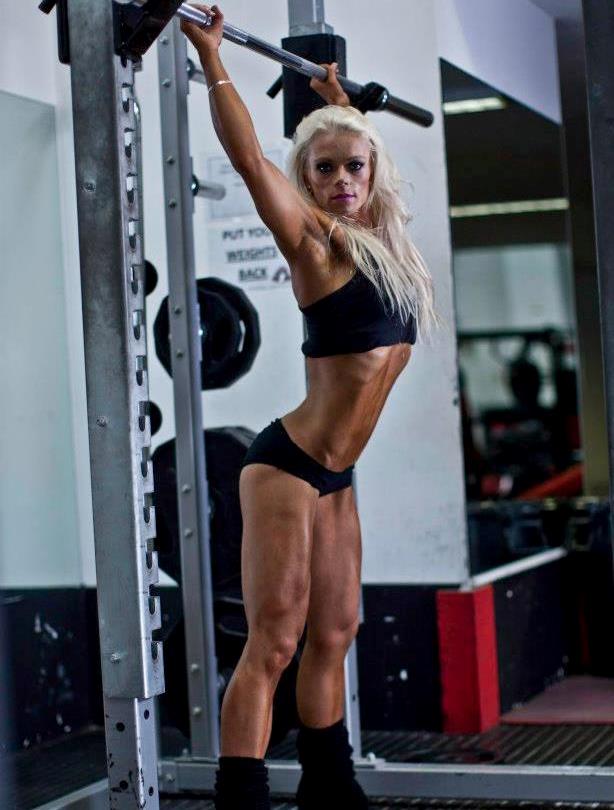 Su’s inspirations in bodybuilding are Larissa Reis, Erin Stern, and Nicole Wilkins. She said all of these athletes have amazing physiques, and are a source of inspiration for her.

Another athlete Su mentioned was Louise Rogers, who helped her with posing and presentation for her fitness competitions.

What we can learn from Su Farrell

All the things Su accomplished in her bodybuilding and powerlifting career, came as a result of her hard work inside, and outside of the gym.

She didn’t make excuses as to why she couldn’t do something, but instead, she always found a way to excel at whatever she was doing. Her beginnings as a body fitness competitor are the best example of this.

After she saw she couldn’t beat her competitors in that category, Su didn’t just give up and quit her dreams. Instead, she found another division where she shined and became victorious on multiple occasions.

Taking her example and working hard on whatever you want to accomplish in your life, even if there’s an obstacle in the way; try to think ‘outside of the box’. Find a solution to your problem, instead of giving up on your goal. That’s exactly what Su did, and that’s what made her successful.

Su Farrell is a strong woman and she will stay close to me.