Stefanie Cohen is known around the world as one of the strongest female powerlifters in history. Originally from Venezuela, but later emigrating to the USA. Stefanie holds the APA deadlift world record for 402lbs deadlift at 123 lbs of bodyweight.

However, this isn’t Stefanie’s only record in deadlift – her personal best is 501 lbs deadlift at 121 lbs of weight at 5 feet tall. Which is over four times her body weight – something that no woman before Stefanie has ever achieved.

Proud of her accomplishments, but always aiming higher, Stefanie keeps on setting records and making history in the sport of powerlifting. 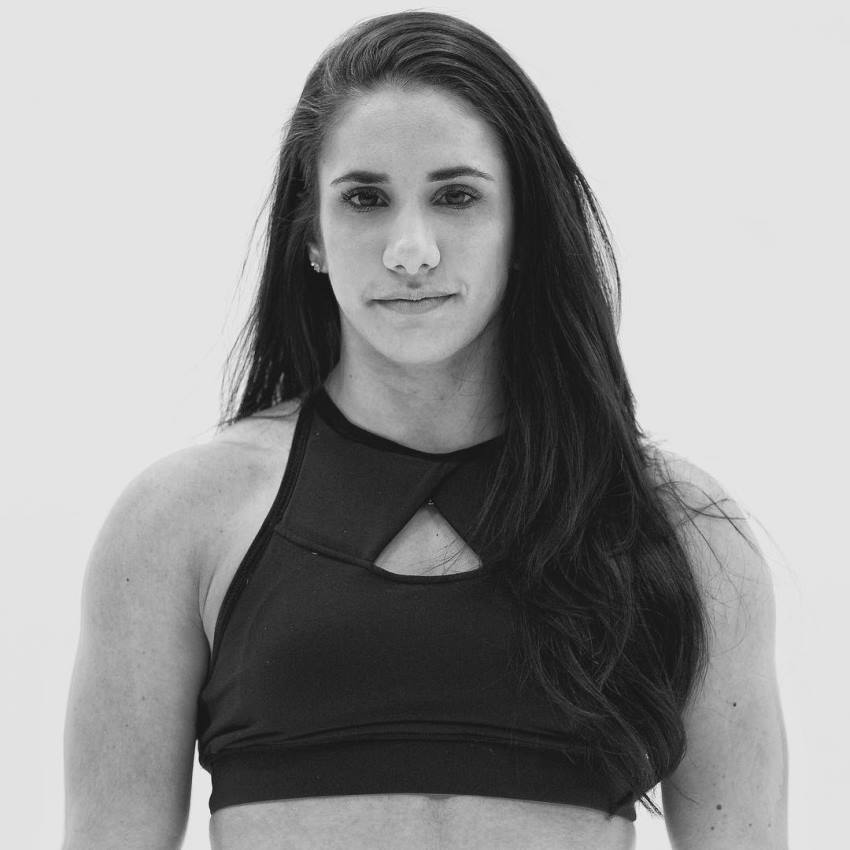 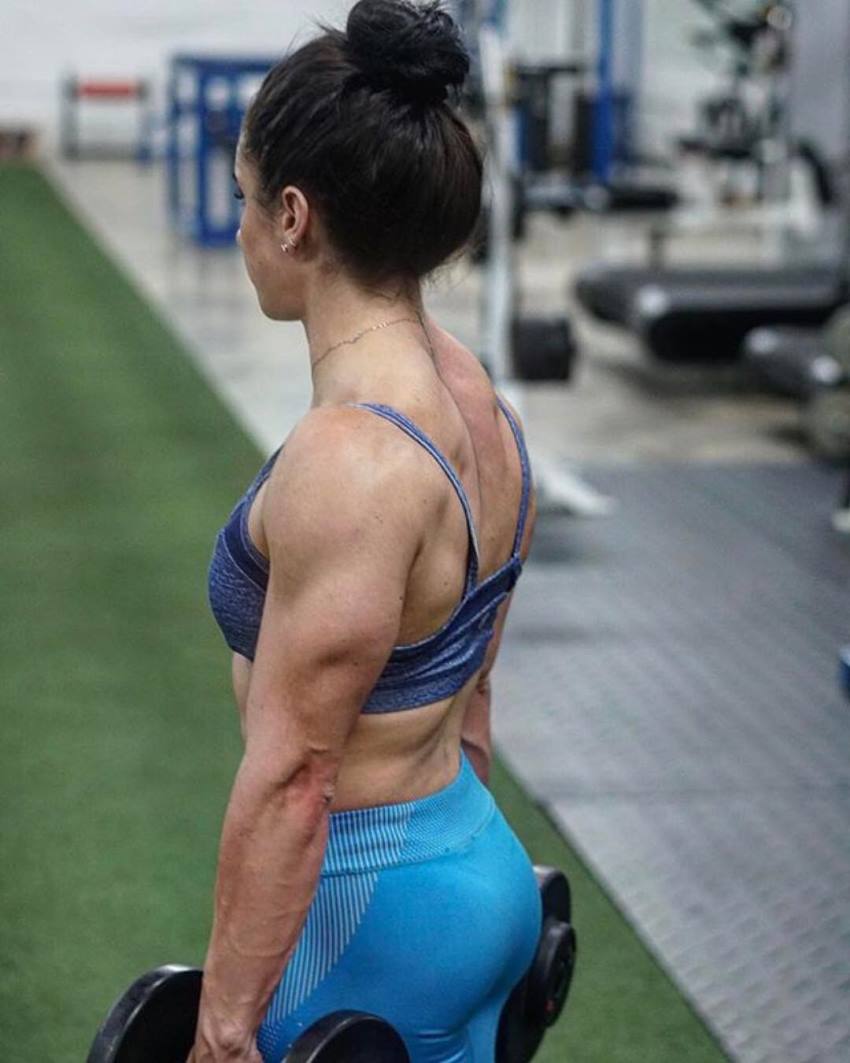 “Failure doesn’t define me. I chose to embrace all the things that feel threatening: challenge, struggle, criticism, setback. I used to think that unless you win, you lose. But I’ve learned that the journey is the reward even when things don’t go as planned.” 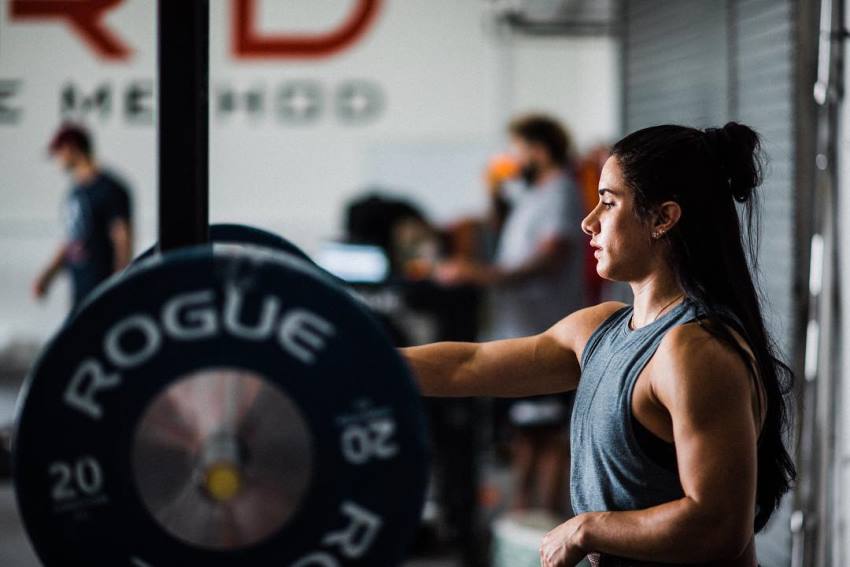 While Stefanie acknowledges the importance of having a coach, she also believes how it’s equally important to learn from her own mistakes and experience. This is how she learns what works the best for her body.

“I’m really big into autoregulation, and that’s basically getting to know your body and what works for you.”

Simply put, Stefanie’s training isn’t written ‘in stone.’ She’ll change and adapt her training routines as her goals change. This ensures that she stays on top of her game in powerlifting and competitions. 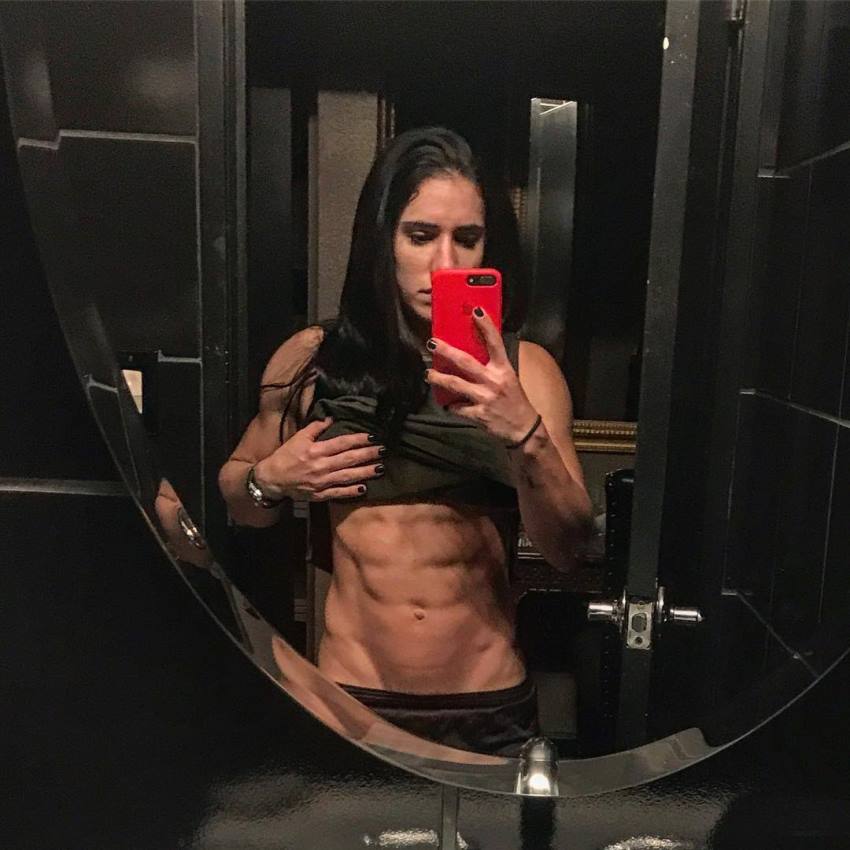 Looking back at some of her moments in powerlifting. Stefanie talks about one period, where even though she had a low back pain, she continued pushing her body with heavy sumo deadlifts.

However, eventually, neglecting the warning signs, her body eventually caught up with Stefanie. She came to a point where she could no longer walk normally without pain in her lower back. And as Stefanie says, this is where she realized she had “a problem.”

By using her own mistakes as an example, Stefanie wants to show everyone how progress isn’t all about working hard and training. It’s also about the recovery part just as much. 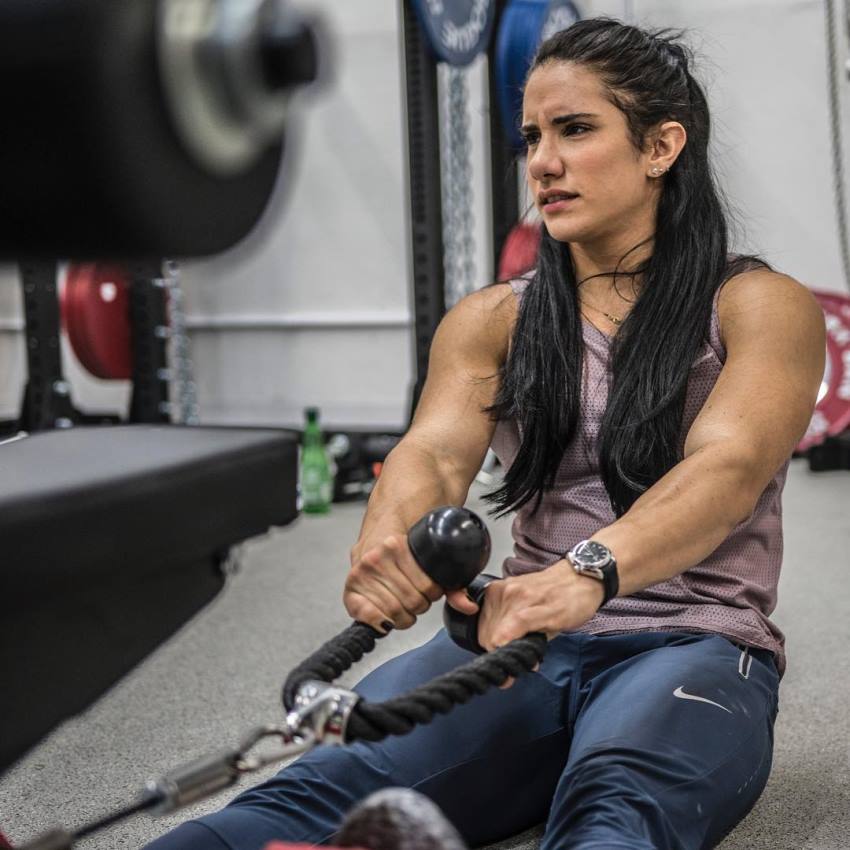 There came a point in Stefanie’s powerlifting career where she reached a plateau in her training. She couldn’t progress in her strength and endurance as she once did, so she realized she needed to change something about her training.

The first thing Stefanie did was to start incorporating slow distance training, alongside circuit training. Here’s Stefanie explaining how it all looked;

“So, let’s say I had four accessory movements that day, doing chest and triceps. I would incorporate that into it so that I’m doing a single-arm press and a tricep kickback and in between, I’d do something like a trap bar carry or a heavy kettlebell swing, something to get my heart rate up. And I’d do that in the form of a circuit.” – Stefanie Cohen

When Stefanie started training like this for the first time, she would often find herself out of breath. However, over time, doing high-intensity circuit training increased her work capacity, mental strength, as well as the numbers she lifted on deadlifts and squats – improving all aspects of her fitness. 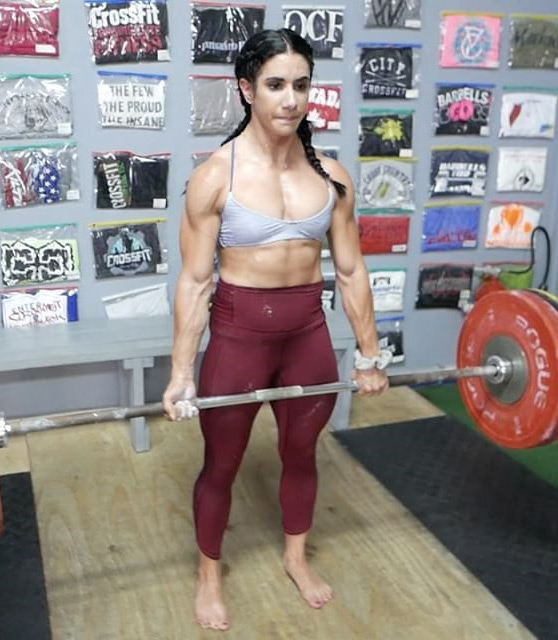 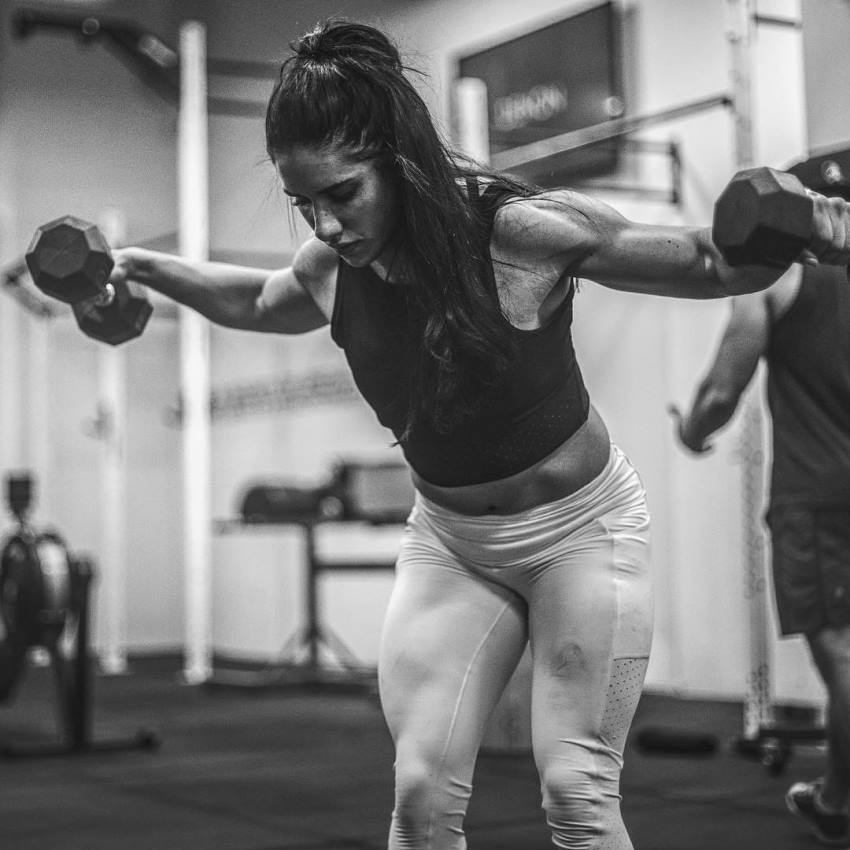 Stefanie believes how being able to last the duration is one of the most important things as a powerlifter. “The person who wins the race or the meet is the person who can last the longest. It’s impossible to make progress if you’re not healthy,” stated Stefanie.

For this reason, Stefanie incorporates cardio, circuit training, and accessory movements in her everyday workouts. Doing these exercises improves Stefanie’s overall health and her body’s ability to recover – helping her in the long run. 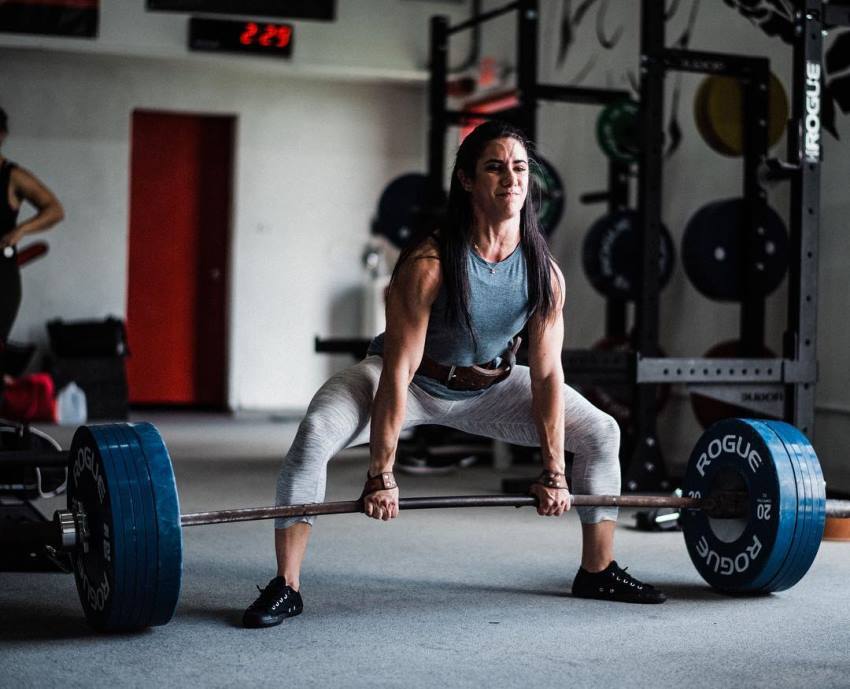 Although Stefanie competes mainly in powerlifting contests, she isn’t only a powerlifter. She’s also involved in bodybuilding and weightlifting.

Stefanie combined all the best aspects of powerlifting, bodybuilding, and weightlifting to create her own training style, which she calls “hybrid training.” The motto of this type of training, as Stefanie says, is “to move like a weightlifter, look like a bodybuilder, and lift like a powerlifter.” 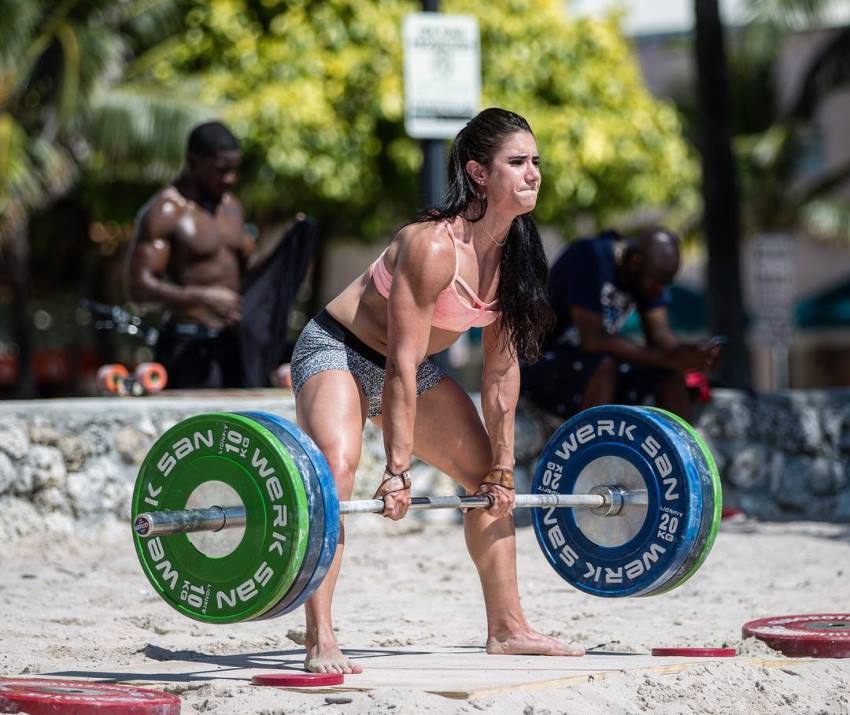 Stefanie’s take on dieting is simple and effective. She eats protein-packed foods for muscle recovery, a lot of complex carbohydrates to give her energy to lift heavy weights, and some healthy fats for overall health and hormonal balance.

As for micronutrients, Stefanie gets all of her vitamins and minerals from fruits, vegetables, and sparkling water.

If, at times, her busy schedule doesn’t allow her to eat as healthy as she would want to. in these moments, Stefanie will opt for a multivitamin, fish oil capsule, or some other supplement which will cover her daily nutrient needs.

Inspired to reach your maximum potential like Stefanie? Read our comprehensive guide on how fat burner supplements can really up your game! 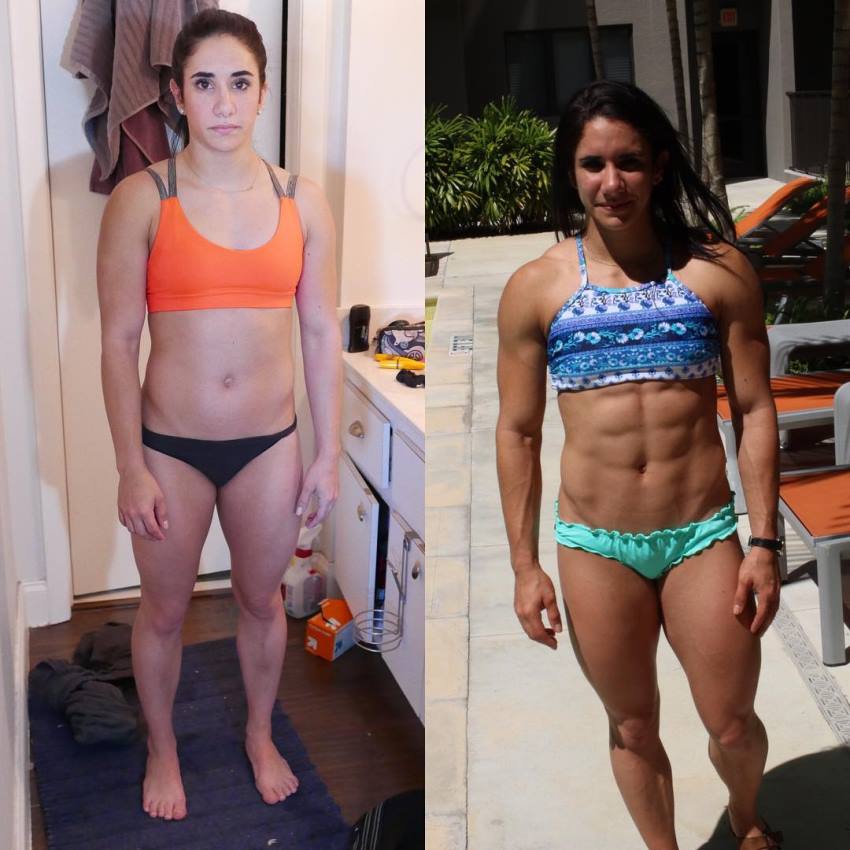 Stefanie Cohen before and after. 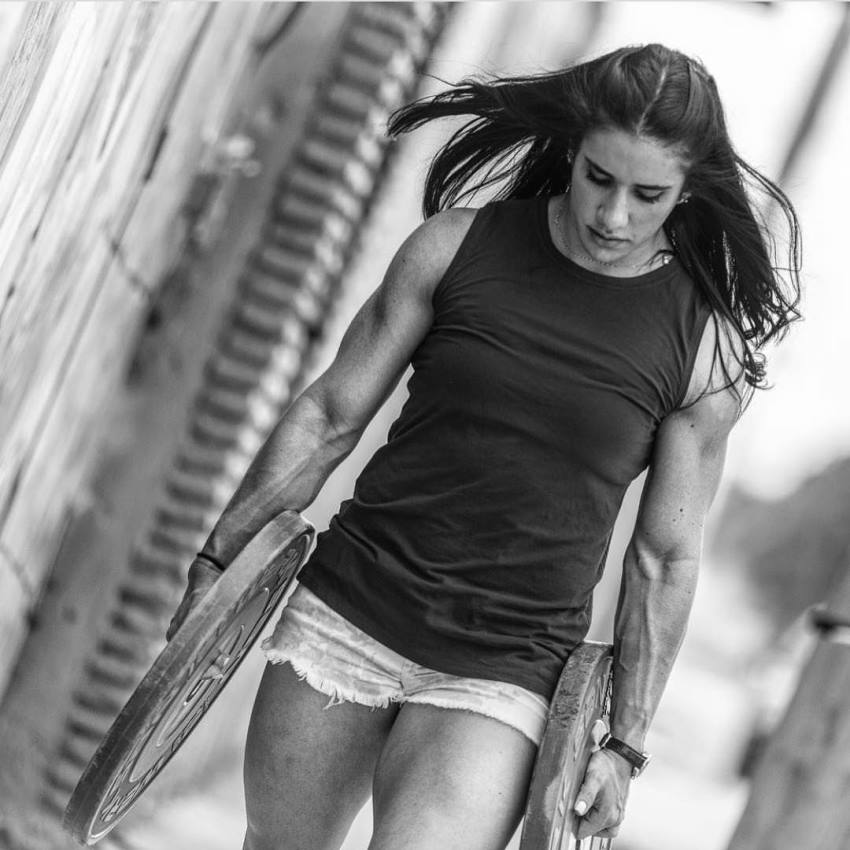 What we can learn from Stefanie Cohen

What we can learn from Stefanie Cohen is that you should never set limits on yourself. Stefanie is 5 ft tall and weighs around 120 lbs, yet she’s able to lift over 500lbs in deadlift – a feat which most people can only dream of.

Stefanie’s example shows us how the only limit you have is the one you make for yourself. Keep dreaming big, and stay consistent to your quest, whatever it is. By doing so, it’s possible to accomplish any goal you envision in your mind.

Here’s Stefanie talking about accomplishing goals; “The two common ways to set goals that people try are: realistic goals and big sky goals. I’ve always thought that setting realistic goals was the only way to go.

I thought that if I wasn’t realistic I would end up getting disappointed most of the time. Therefore, I tried to match my expectations with reality, and stick to safe, realistic goals.

But small goals lead to mediocre results. There’s nothing realistic about winning an Olympic Gold Medal, or deadlifting 600lbs as a 120lb girl, yet if champions didn’t set them as goals, it would be even harder for them to achieve them.

People will think you’re crazy or dumb when you tell them what you’re gonna do, that’s fine. That is a limiting belief to what other people are doing, they don’t think its possible for them to achieve those goals. Let those people be small and average. The more unrealistic of the goal, the more fulfilled your life becomes.” – Stefanie Cohen

How can I meet Stefanie?

I’m not on Instagram, so I guess I’m out of luck. Thanks anyway!

So….what his her age. Literally the first thing that’s said to be listed, and it’s not here at all. Great work.

Hi Stefanie! Thanks for letting us know, we’ve updated your profile! All the best from Greatest Physiques 🙂

Hi Stefanie! Is there any way to communicate with you that’s not social media? I don’t do all of that! Thanks!

Short length is good for powerlifting and all liftings

Hello Stephany!!
My son is training hard and is a big admirer of you and your great achievements. I was watching your great work on several you tube videos and was wondering where can we see you training or competing.

Hello, Stephanie just watched your lifting. Man that is a great achievement, 152 lbs. and can lift 500 pounds.
What is your training time cause I train two to three hours.

Training is a journey! When I was power lifting, I would change a routine to help increase my totals. I would do crazy weights with my bench and squat and deadlift! I did Superheavy shrugs, tricep curls, skull busters, All my benches were over 500lbs. Close grip, reverse grip, incline and decline benches, regular bench was 675 and on a good day I would do 3 sets of 605 with 3 reps each. Also, did a bottom up bench of 705, and did 1300 on lock out benches. Squatted 875, Dead lifted 765, all drug free at 255 body weight!

Very inspiring, Stefanie, and instructive. TY! I am a 65-year-old woman who has been dead lifting with a wonderful trainer (and nutritionist) for the last three years. He told me about you. My personal best is 195 lbs. I am now doing greater reps at a lower weight, but know I will be excited when I hit 200 lbs! My other personal goal is to be able to do one unassisted pull up by the time I turn 100! That is still very much a work in progress… LOL!

Wow, Chris Busco 609.25 wilks score one of the highest ever and never heard of you!