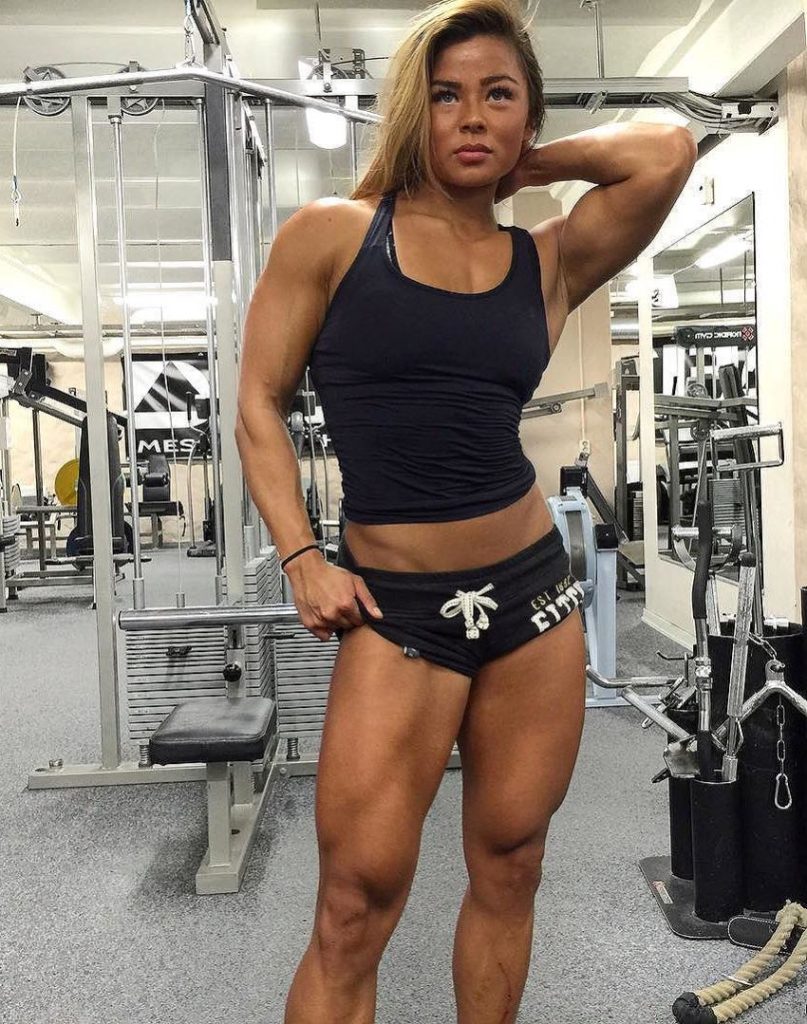 Half Thai – half Swedish, Sophie Arverbrink is a popular fitness icon, known for her incredible muscular development.

Her journey started when she was 18 years old – Sophie wasn’t satisfied with her skinny frame, so one day she decided to join a gym. Thanks to her intensity, focus, and passion for bodybuilding, she quickly developed. Sophie built a great body, gaining almost 30 pounds of quality mass in 2 years of training.

Because of her awesome progress, Sophie’s potential in the bodybuilding scene became noticed by onlookers and experienced weight-lifters. Over time, she became a recognized figure in the bodybuilding world and one of the most popular athletes from Sweden. 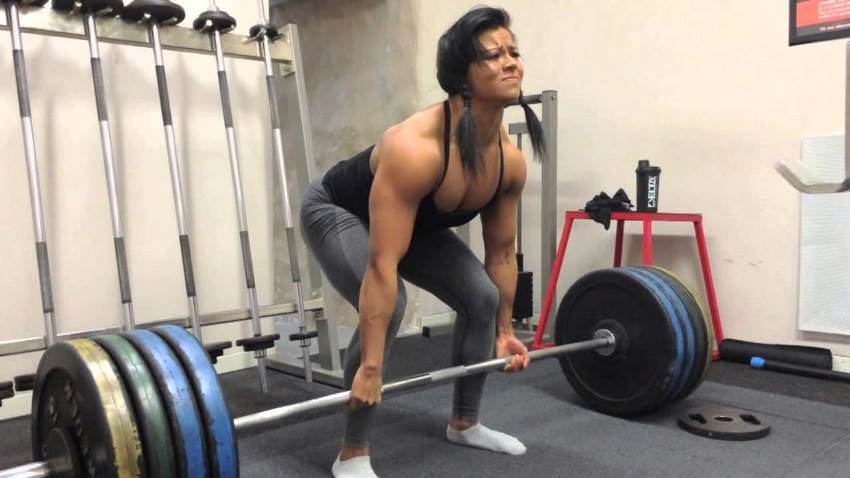 “Since I start my workout with heavy lifts, I need to make sure my body is ready for it. I love heavy lifting, and it’s an important thing for me to keep my strength, so I start every back workout with either weighted pull-ups or heavy deadlifts. “ 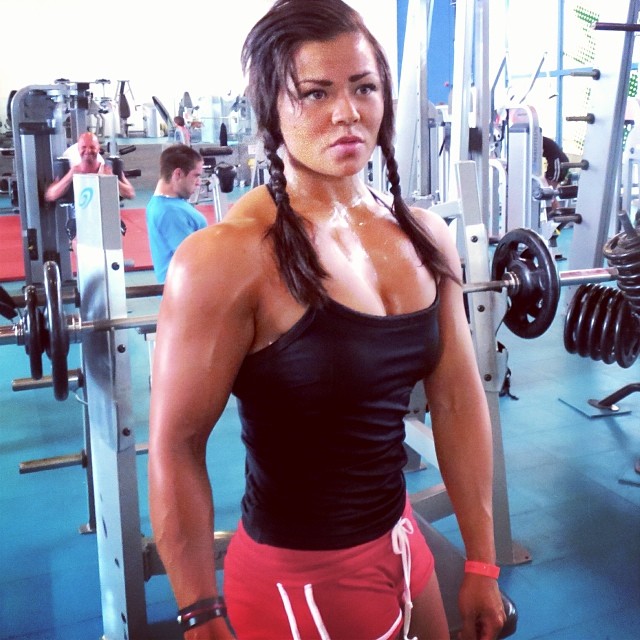 “I’m just an ordinary girl with an athletics background who loves the feeling of training in the gym, while becoming stronger and bigger. I train a lot but do other things as well.”

Sophie has managed to reach many fans in her homeland and throughout the whole world with her inspirational story.

She has a few social media profiles where she communicates with thousands of motivated individuals. Sophie is also a sponsored athlete, personal trainer, and a known fitness model. She was also featured in several minor Swedish fitness magazines. 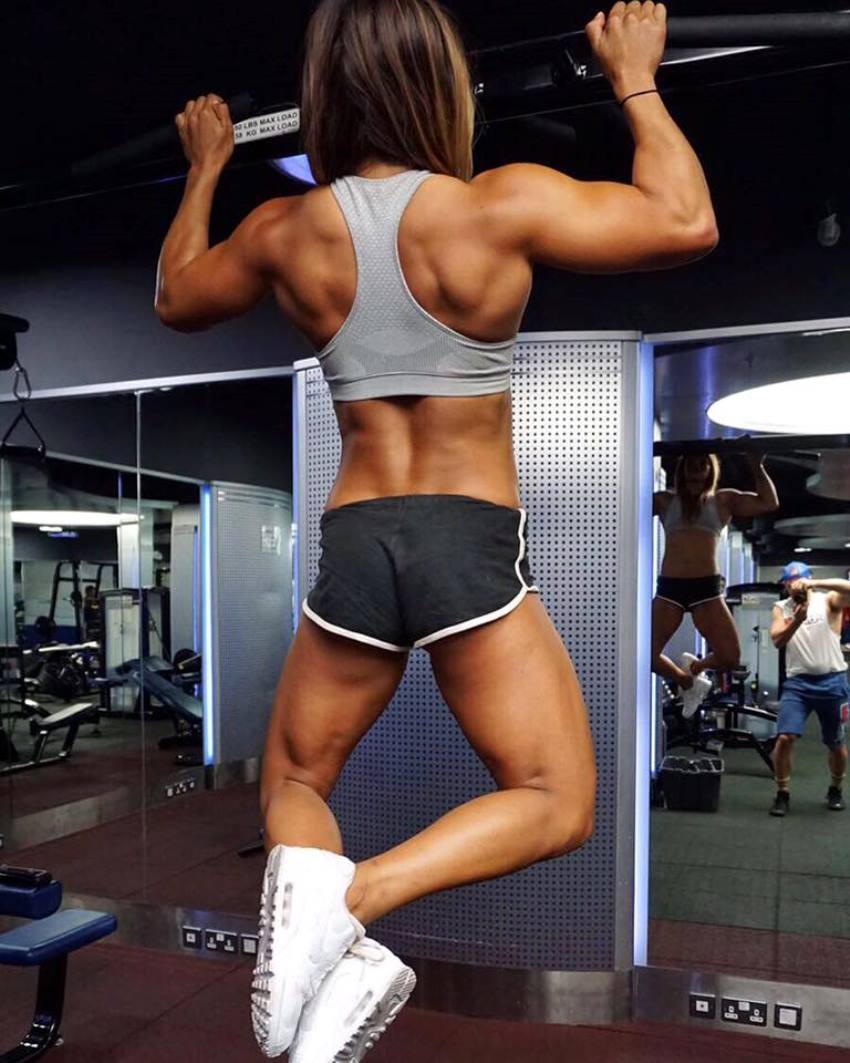 Initial Fear of the Gym

Born and raised in Sweden, Sophie Arvebrink grew up in a family with an athletic background. Her Thai-born father was a professional sportsman in his youth, and her mother was also a successful athlete when she was younger.

Growing up, Sophie was an exception in the family, as she didn’t show much interest when it came to sports or any kind of physical activity. Her parents were supportive and didn’t force anything on her, according to Sophie.

Her disinterest in sports came to an end after she graduated from high school. It was during that time that Sophie realized she was “too skinny” and that she needed to eat more and train in order to look better, and at that point, she decided to join a local gym.

Sophie is known among her fans for her relentless approach when it comes to weightlifting. According to her, it wasn’t always like that. When she first started going to the gym, Sophie was “intimidated” by all of the weights, and was “ashamed” by the way she looked. However, the drive and determination she had from the start gave her enough confidence to train every day. Sophie soon started noticing changes in her physique and became obsessed with training. 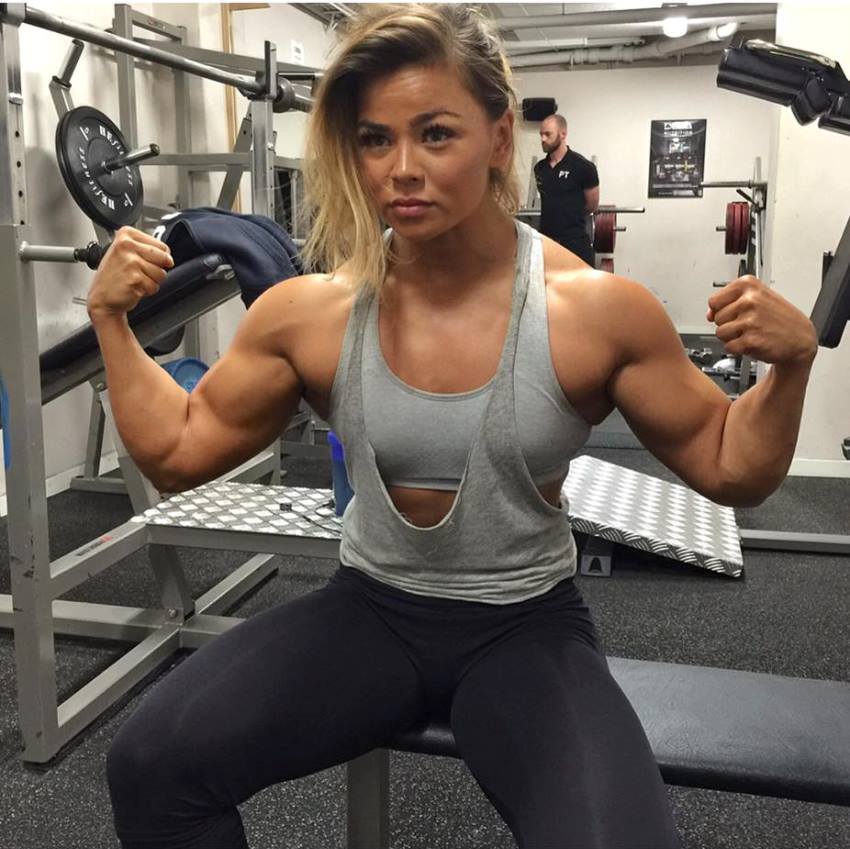 After 2 years of strict training and proper nutrition, Sophie completely transformed her body. From humble beginnings when she weighed 52 kg, all the way to 64 kg of solid muscle mass. Sophie inspired many people in her town to start living healthier lives.

One thing led to another, and Sophie soon found herself overwhelmed with the amount of positive feedback she got from people around her. By the time she was 22, the aspiring bodybuilder was already an internet sensation, with thousands of followers requesting dieting and training advice from her.

It was at that point that Sophie decided to start her own personal training business, and was surprised by the initial success she had. It didn’t take her long to gather massive amounts of followers and admitted that it ” was hard at times” to keep up with the sheer number of requests she had.

As the time passed, Sophie got used to her new lifestyle. She soon started modeling for a few reputable Swedish magazines, as well as becoming a sponsored athlete. During the time she was active in the sport, Sophie managed to reach many people around the world with her awesome transformation story, while establishing herself as one of the leading Swedish fitness icons. 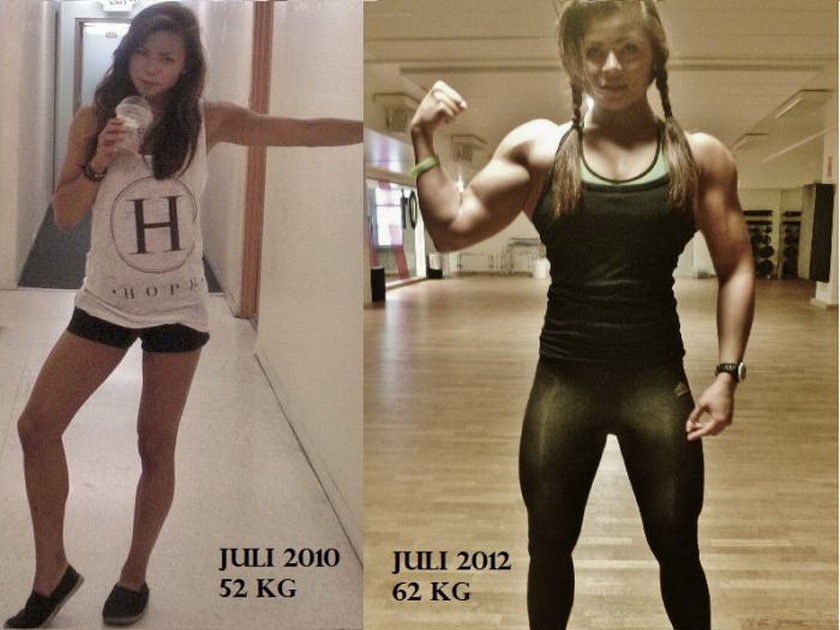 Sophie before and after.

“I think shoulders are, aesthetically speaking, the most appealing muscle group on the human body. Strong words, I know, but well-defined shoulders have the power to make a good physique look great. They’re like mountains on the horizon of a beautiful landscape—they complete the entire picture.”

Sophie is a big fan of strength and functional training, and one of her favorite workouts consist of deadlifts. She usually trains 7 days per week, sometimes even up to 2 times per day. Occasionally, Sophie will take a day off, which happens typically once or twice a month.

When it comes to her deadlift workout, Sophie always trains heavy. She will often do a low number of repetitions, combined with extremely heavy weight. She explains this is “like a powerlifting day” for her.

Doing heavy deadlifts is something Sophie wouldn’t recommend to everyone, but says that benefits greatly outweigh the risks for her. According to Sophie, a proper deadlift means keeping a low pressure in certain places of the body, while maximizing it in the other areas. She mentioned that it’s important not to stress the lower back too much, and to focus on lats and abdomen when performing the exercise.

Here are some of the most important tips Sophie gives to everyone who wants to build a great back with deadlifts; 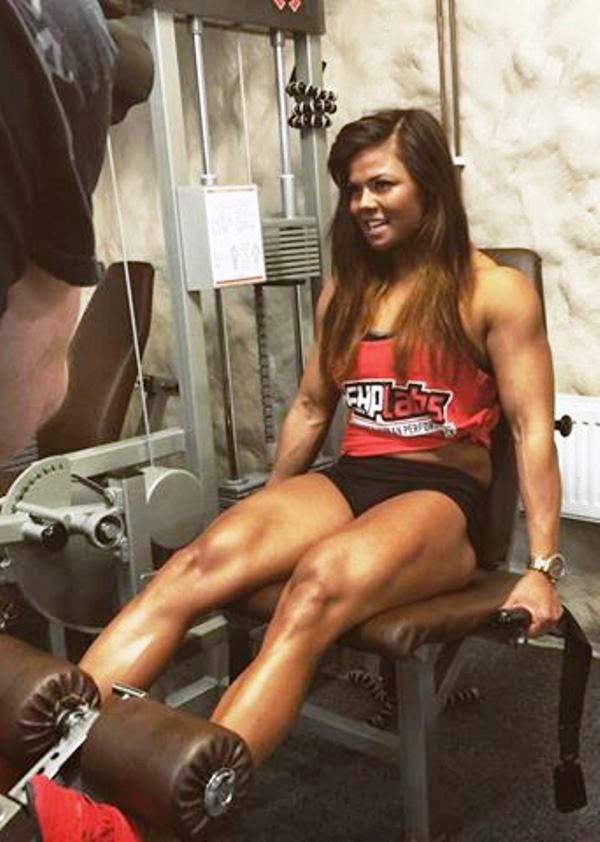 When asked what is her favorite body part, Sophie mentioned shoulders are by far the most aesthetically pleasing body part. She pays special attention whenever training shoulders and makes sure to keep the volume high and weights heavy.

Sophie’s shoulder workout is fairly simple – it consists of 5 exercises. However, the workout itself is based on a lot of volume, which makes it challenging. She usually starts off her shoulder workouts with heavy compound lifts, and always makes sure to hit each part of the shoulder properly. According to her, front, medium, and rear deltoids are all equally important for building balanced, great looking shoulders.

These are the 5 shoulder building tips Sophie mentioned;

1. According to Sophie, most bodybuilders don’t train their side and rear delts enough. She believes that most people have overdeveloped front delts because of all the bench press and chest movements, therefore she mentioned that it’s very important to pay special attention to middle and rear delts on shoulder days. That way the shoulder cap is prevented from rotating forward, and also the risk of the injury is greatly diminished.

2. After doing heavy compounds, Sophie usually continues her shoulder workouts with lighter weights and higher reps. She advises that by going lighter, the risk of cheating becomes minimal, which ultimately means that she can feel “the pump” and the connection with her shoulders better. At the end of each workout, Sophie likes to include a lot of drop sets just to get an extra pump.

3. Sophie’s shoulders almost never get sore, according to her. She believes that shoulders are a body part which can be trained up to 3 times per week, even 4 if they are a lacking body part. One of the reasons for the high training frequency is the fast recovery of deltoids, and their small structure, Sophie said.

4. It is very important to properly warm-up the shoulders before working out, Sophie advises. She says that by adding internal and external rotations to the shoulder warm-up routine, she avoids rotatory cuff injury.

5. One of the best ways to “blow up” the shoulder growth is by adding a few shoulder exercises at the end of each chest and back workouts. Sophie says that the best way to further grow shoulders is by adding front deltoid exercises when training chest, and rear delts with back. Doing it Sophie’s way almost certainly guarantees growth over time, she believes.

This is what Sophie’s typical shoulder workout looks like; 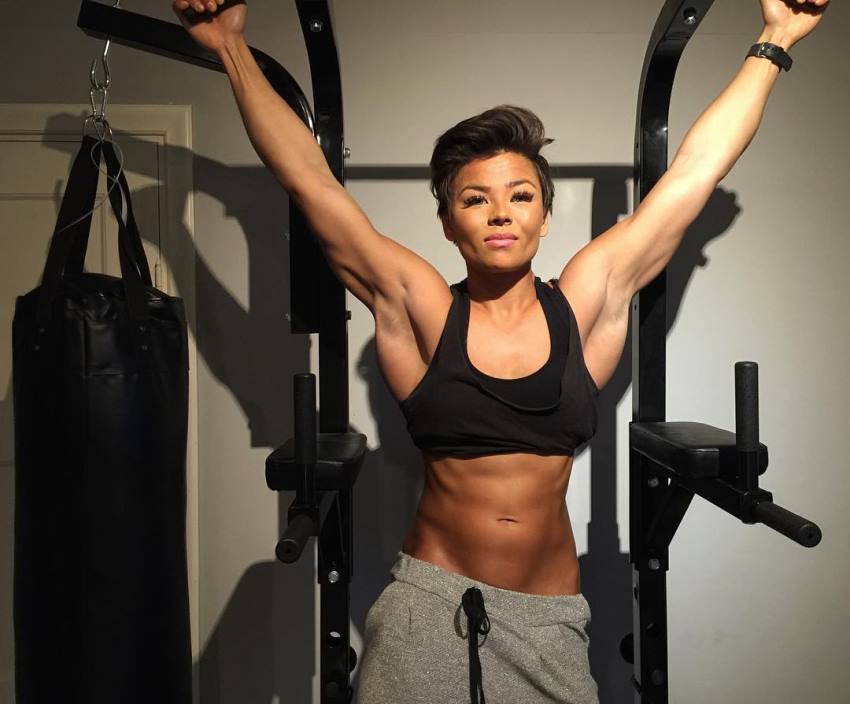 Sophie says she consumes a lot of quality calories and doesn’t cut back on those calories often. She trains with heavy weights, often more than 7 times per week, which means it’s necessary for her to fuel her body with the right amount of nutrients.

When it comes to her food choice, Sophie usually eats only healthy food and tries to avoid sweets and other cheat meals as often as possible – this way she almost never gets sick, and always feels “full of energy”.

Once a month, when she is cutting down, Sophie may occasionally take 1 day off where she only drinks lemonade and eats vegetables. One of the reasons for having such a low-calorie day is detoxification of the body, according to Sophie. “It’s very important to clean the body of all the toxins that build up throughout the month,” she advises.

Sophie’s supplement stack is small – she sticks to the basics, whey protein being the staple of her supplementation. Other supplements she will occasionally take are pre-workout, fish oil capsules, and a whole-food multivitamin.

This is Sophie’s recipe for a diet snack that she often eats in between meals;

Inspired to reach your maximum potential like Sophie? Read our comprehensive guide on how fat burner supplements can really up your game! 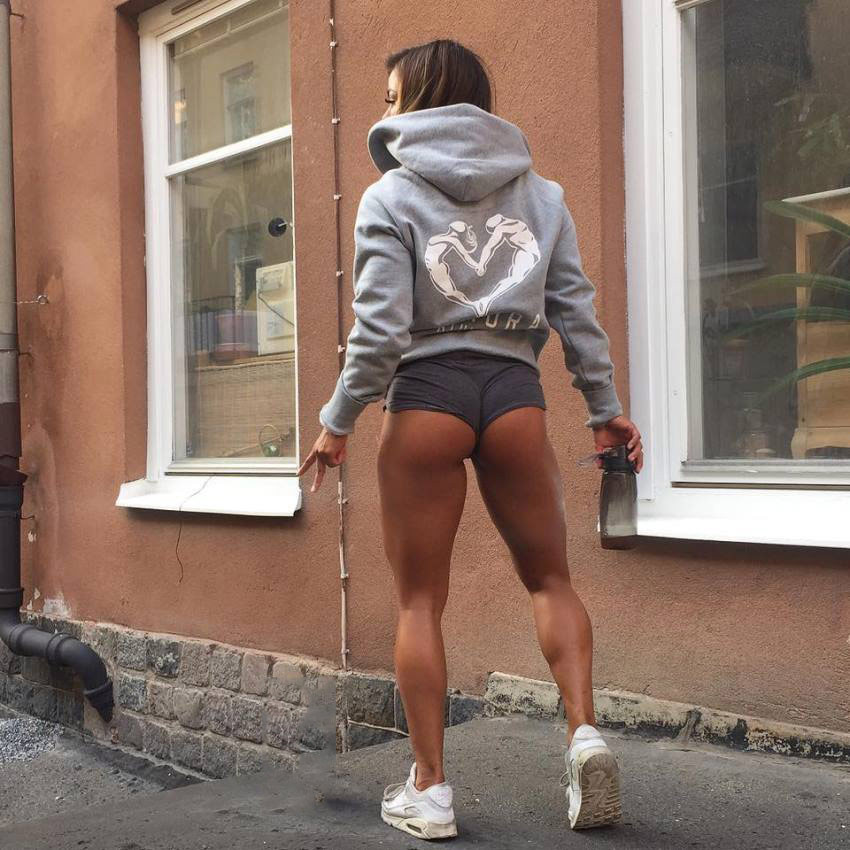 “I want to continue to add more muscle on me. And I’m really looking forward to strip the weight later, the muscles will stand out in all directions!”

What we can learn from Sophie  Arvebrink

Sophie Arvebrink’s story is a proof that almost any goal in life is achievable, as long as you set your mind to it. She managed to gain over 20 lbs of solid muscle mass in 2 years, which is an astonishing feat. Her message for everyone is to train hard, eat a lot of quality food, and enjoy life.

However, Sophie also often mentioned that people can get too caught up in their journey that they may forget the beauty of little things in life – that’s why balance is crucial.

By taking a risk in life and by being courageous on your journey, you too could build your dream life, just like Sophie. 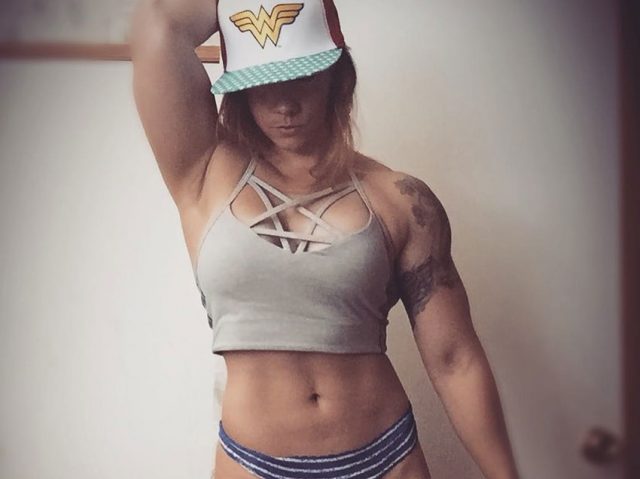 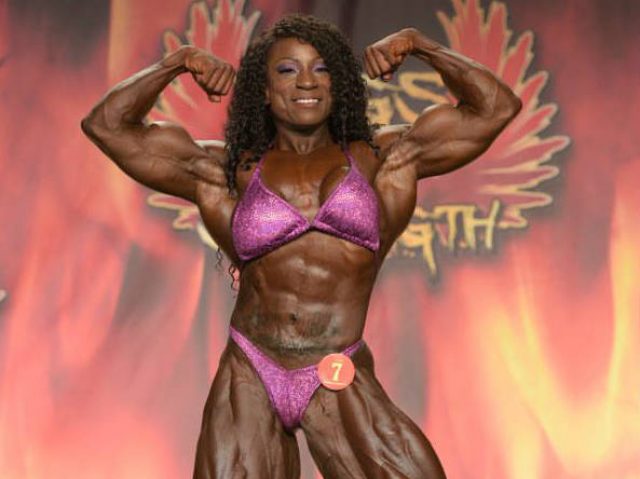 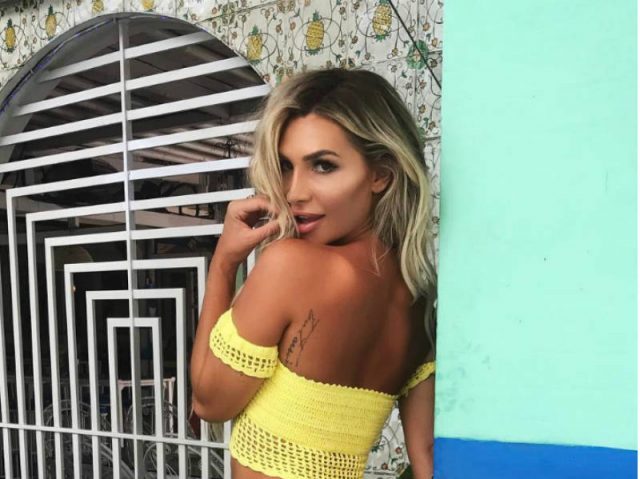 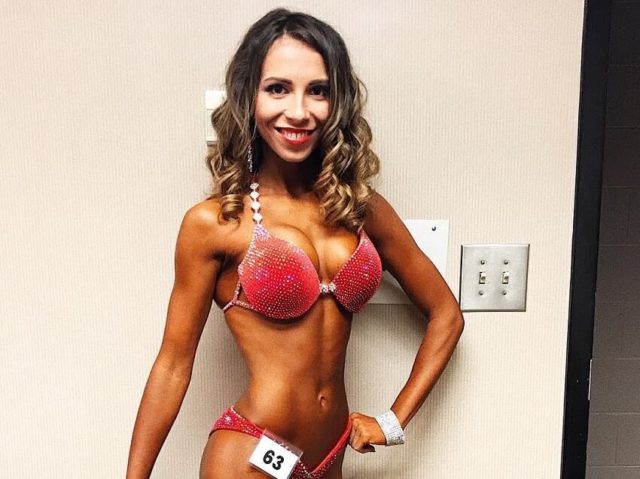 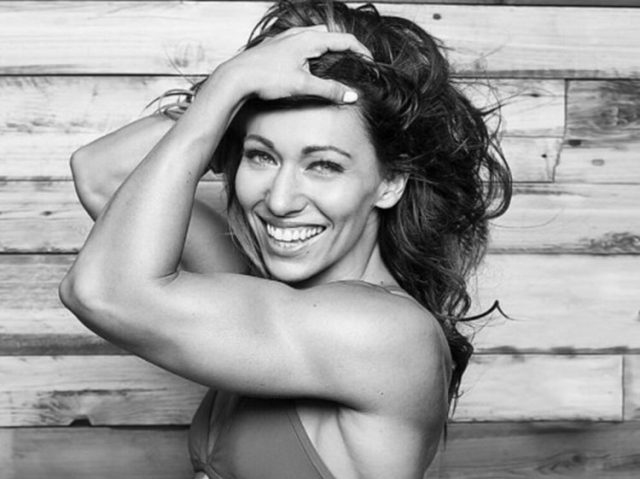 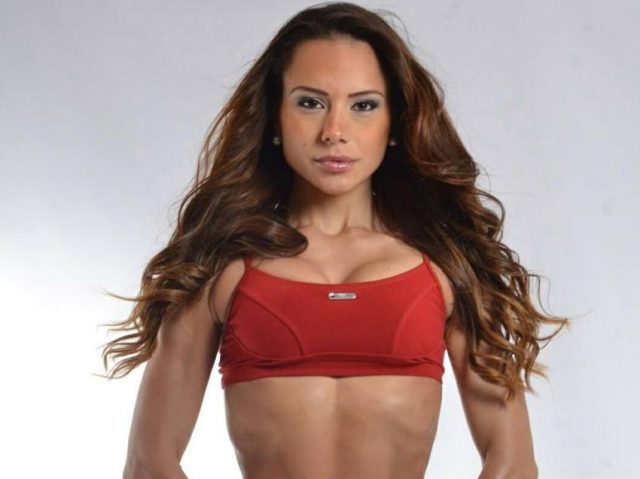