Sarah Ramadan is a social media and fitness icon from Canada. She’s gained masses of followers after sculpting an incredible figure, inspiring others to lead a healthy lifestyle.

However, it hasn’t been an easy journey for Sarah – she suffered from anorexia nervosa, nearly losing her life due to the mental heath condition.

” I am blessed to be alive, and I am damn proud of my fight for growth. 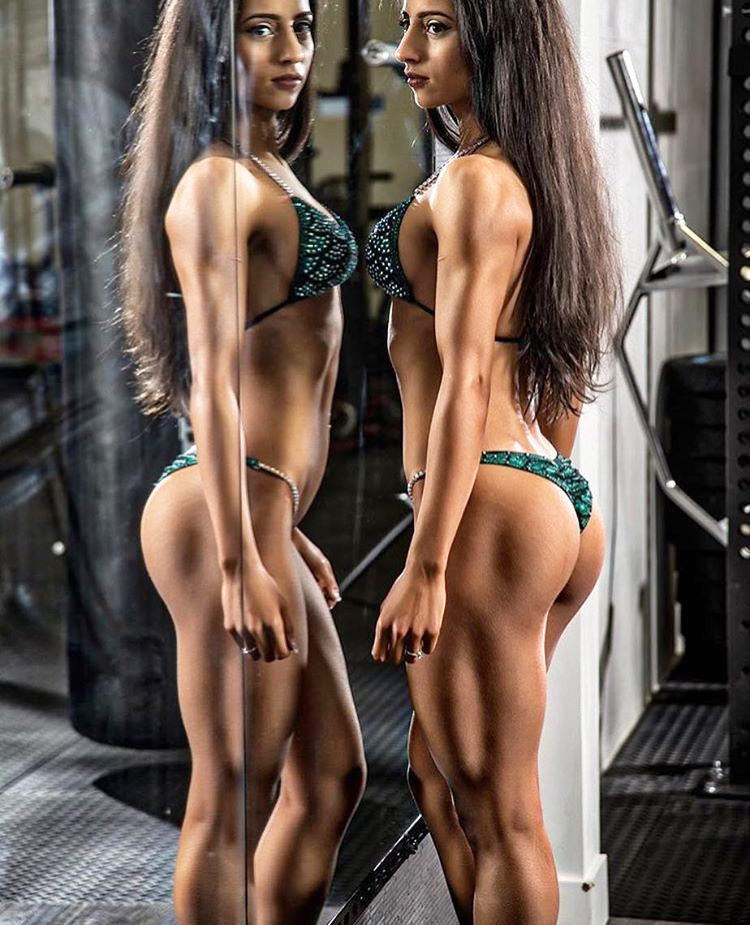 “There are no quick fixes to healing, no shortcut to self-compassion”. 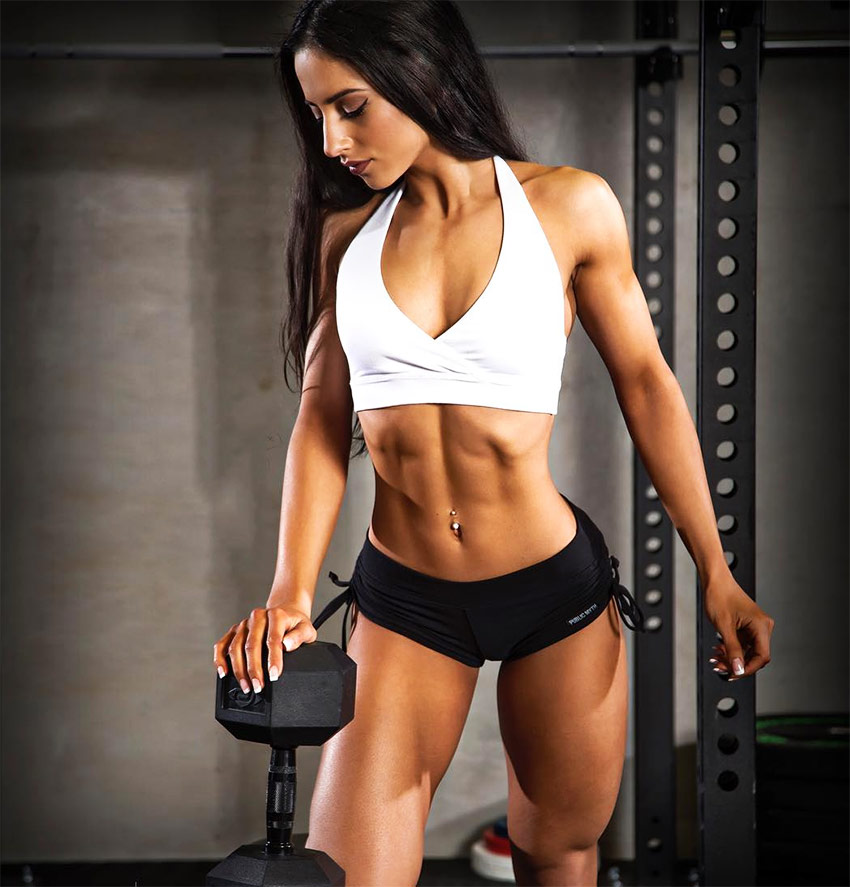 “I spent over 7 months in an intensive treatment facility. I developed a risk of cardiac arrest as the muscles of my heart withered and starved, and my lungs constantly heaved by the shortness of my breath.”

Born and raised in Canada, Sarah grew up determined to achieve perfection in everything that she did. However, this became the source of her unhappiness; Sarah’s high standards meant that she fell short in a range of activities.

At the age of 14, Sarah set her sights on sculpting her dream figure; at this point, she believed that perfecting her self-image would result in ‘a state of peace’. The Canadian believed that under-eating would result in her achieving a great physique – however, after seeing her weight drop further on the scales, she was never satisfied.

“Whether it be in school, sport, or simple everyday tasks, I was always striving for insurmountable standards. And in consequence, I always fell short.” – Sarah Ramadan 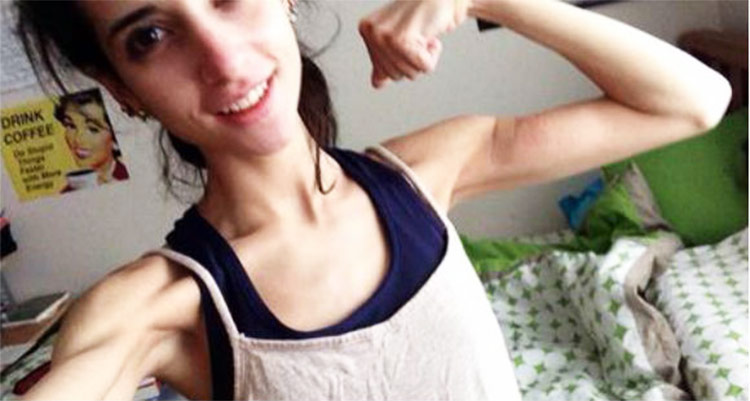 “I spent over 7 months in an intensive treatment facility. I developed a risk of cardiac arrest as the muscles of my heart withered and starved, and my lungs constantly heaved by the shortness of my breath”

Sarah’s continued to starve herself for the next 5 years, believing that this would lead to her achieving her ideal frame. But this lack of knowledge in fitness would almost cost the youngster her life.

In 2011, Sarah was officially diagnosed with anorexia nervosa (a serious mental health condition). As a result, she was rushed to the hospital for medical help – spending 7 months in an intensive treatment facility after developing a risk of cardiac arrest.

By 2014, at the age of 19, the Canadian’s condition led to her existing in a wheelchair; her body had become too weak to support her skeleton. At this point, Sarah was a risk of taking her own life by turning away support from her family and medical team.

“I fought against the support from loved ones and I undermined the concerns from my medical team. I was dying, but I was too numb to care.” – Sarah Ramadan

That same year, after almost losing her life due to anorexia nervosa, Sarah began fighting back. This was the realization she needed that under-eating wasn’t the answer to her problem, but the cause of it.

As a result, the Canadian began her road to recovery with the help of her physician. She began following a healthy diet-plan created by nutritionists, reaching a healthy body weight by the end of the year. 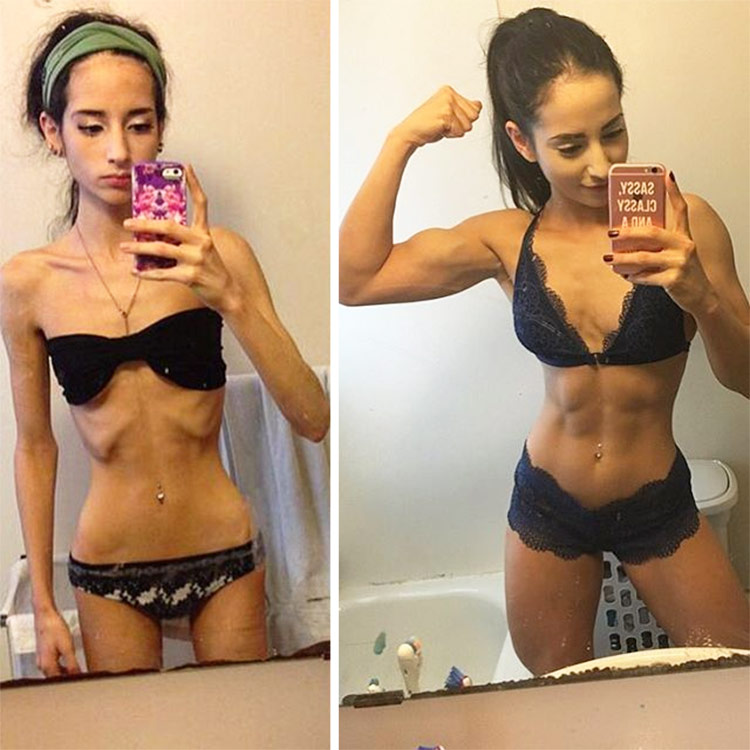 “I had to gain an immense amount of weight that winter, but I had no clue where to start. However, like anything I ever did, I naturally sought guidance from my mentor—my brother.”

By 2015, Sarah had returned home from the hospital, continuing to progress under the guidance of her close friends and family. It was at this point when her brother stepped in to help Sarah attain her ideal figure – he was an amateur bodybuilder and had a good knowledge of nutrition and fitness.

She began lifting weights in the gym, and it wasn’t long until the Canadian made serious progress on her figure. Proud of her development, Sarah created Social Media profiles on Instagram on YouTube under the name ‘FightForGrowth’ – determined to warn others of the dangers of eating disorders.

By 2017, Sarah had grown into a social media sensation – her followers around the world were inspired by her story, becoming fascinated with her progression from an anorexic teenager to fitness icon.

“In training for strength, I fell in love. I began to feel strong in my body, and rather than slimming intentions.” – Sarah Ramadan 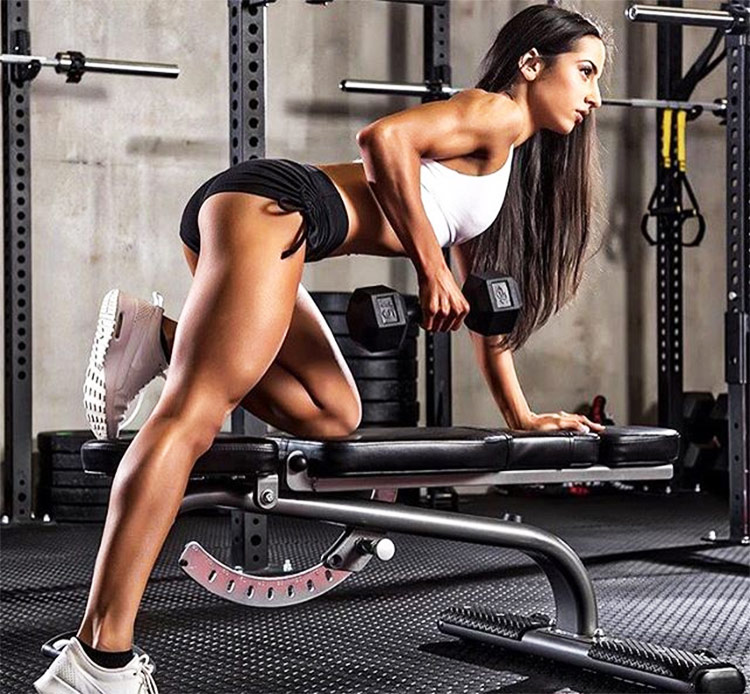 “Treat your life like a work of art. Let yesterday’s mistakes be known as lessons”. 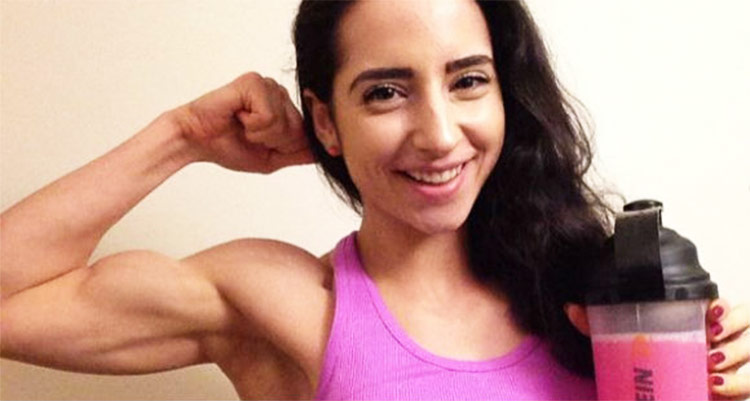 “Food no longer became a nightmare, it was fascinating. It was simply something that energised my body.”

Sarah knows first-hand how nutrition can affect your life, having suffered from anorexia nervosa in the past.

She’s a big advocate of the IIFYM (If It Fits Your Macros) approach, not restricting herself to any foods, but indulging in her favorite foods – as long as she stays within her calorific and macro goals.

The Canadian aims to consume 5 meals per day – keeping her metabolism high to help her stay lean.

Here’s a typical day of eating for Sarah: 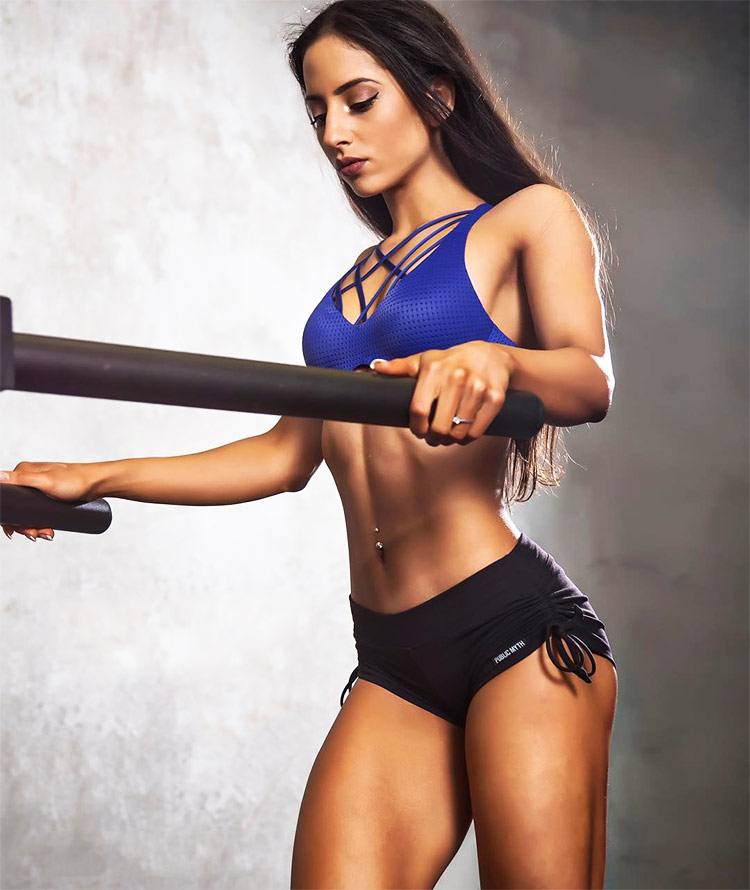 “Through Aladdin’s love, I shunned the disorder while embracing who I am, and that has made all the difference in my life.”

Sarah states her brother, Aladdin, as the main influence to begin following a healthy lifestyle – it was her brother that encouraged her to lift weights in the gym, in order to attain her dream figure.

“Through diligent and undeterred efforts, Aladdin and I established a meal plan together, where he monitored my weight gain every week.

Outside of my dietary goals, Aladdin further extended his passions by introducing me to the gym” – Sarah Ramadan 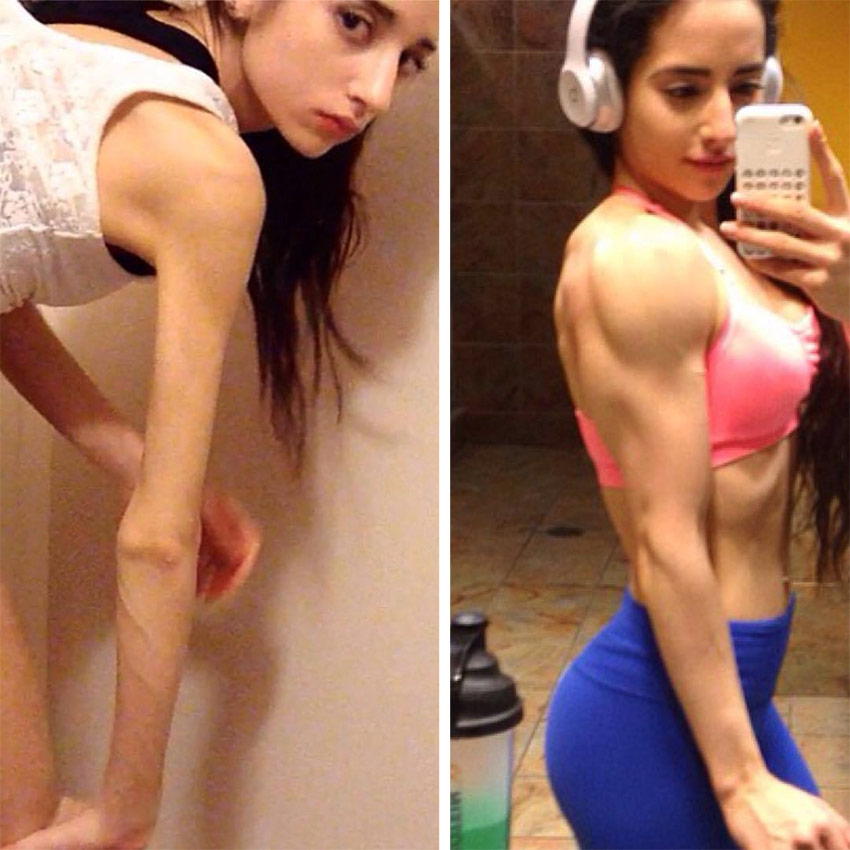 “The journey has been tough, it has been impactful, but above all, it was worth it.”

What We Can Learn From Sarah

One thing we can take away from Sarah’s story, is to never give up in life. She suffered from a serious mental health condition (anorexia nervosa), coming close to death due to becoming too frail and weak.

However, she picked herself up by following a healthy diet plan and lifting weights in the gym – successfully recovering from her condition and sculpting her dream figure.

I am currently dealing with an eating disorder/mental health issues. I have had a couple of hospital admissions… each time just gaining weight with the feeding tube and just put back to reality.. with not much support… and may have to go again… nothing ou their for adults… youth are typically given priority for admission for public funded facilities… and I can’t afford to go private… my meal plan was… I could just eat what I want but drink ensure if bad day… I am sick of living like this, protien supplements are expensive… in my recent admission in surrey bc… I was given your name for inspiration… I wanted to know if you are a resident of surrey… I would like to meet you… in confidence as I still dealing with my issues.