Robin Gallant is a powerlifter, figure competitor and fitness model. She’s become an established athlete in the fitness community, after embarking on her journey in 2012.

Since graduating from college, Robin has gained masses of followers on social media – inspiring countless fans around the world to lead a healthy lifestyle. 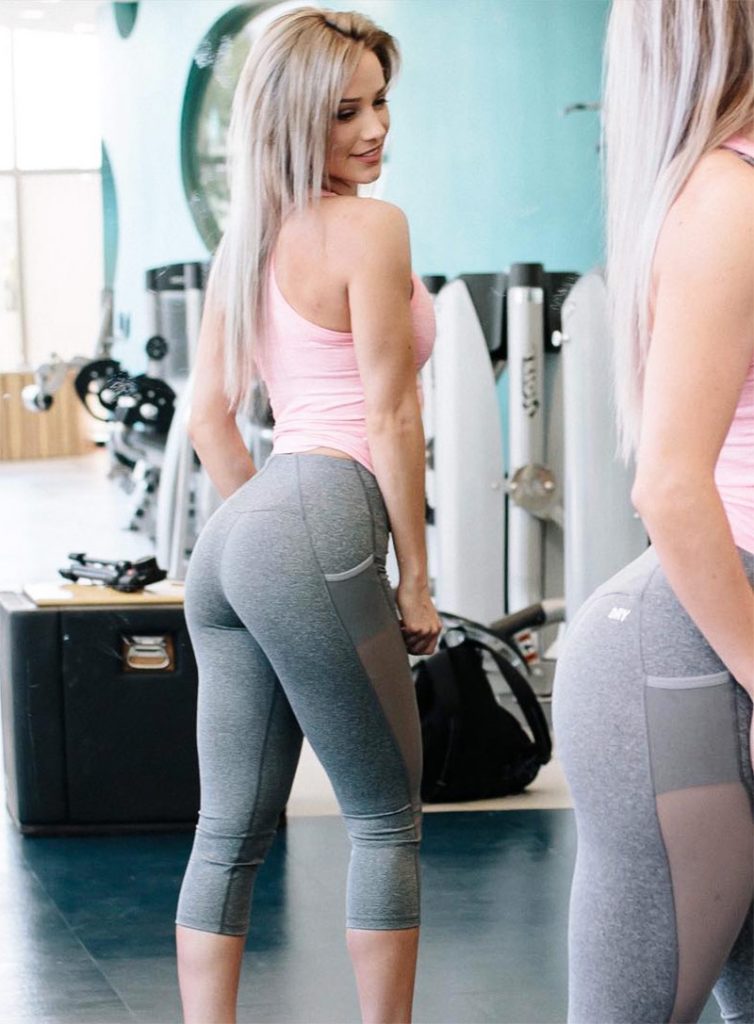 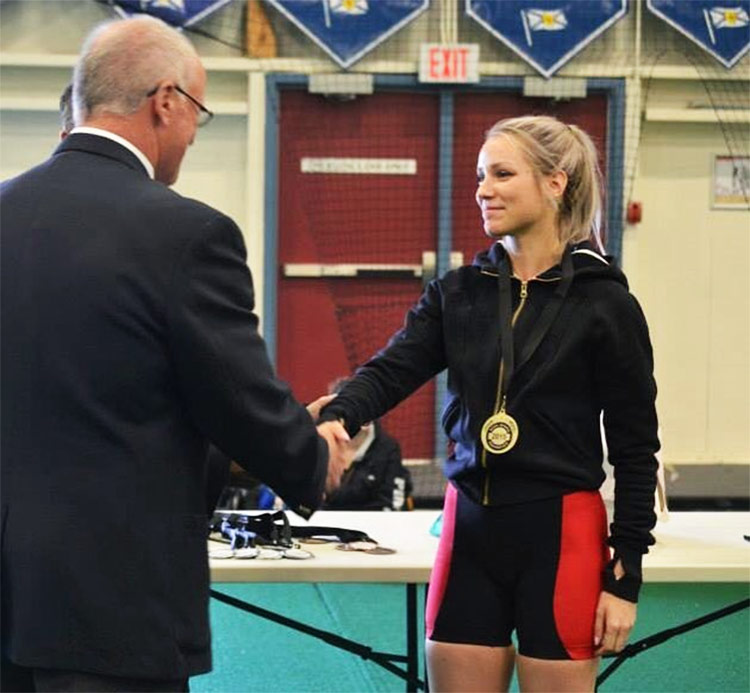 “My goal is to empower other women to become body and self-confident, and to live a balanced, healthy lifestyle.” 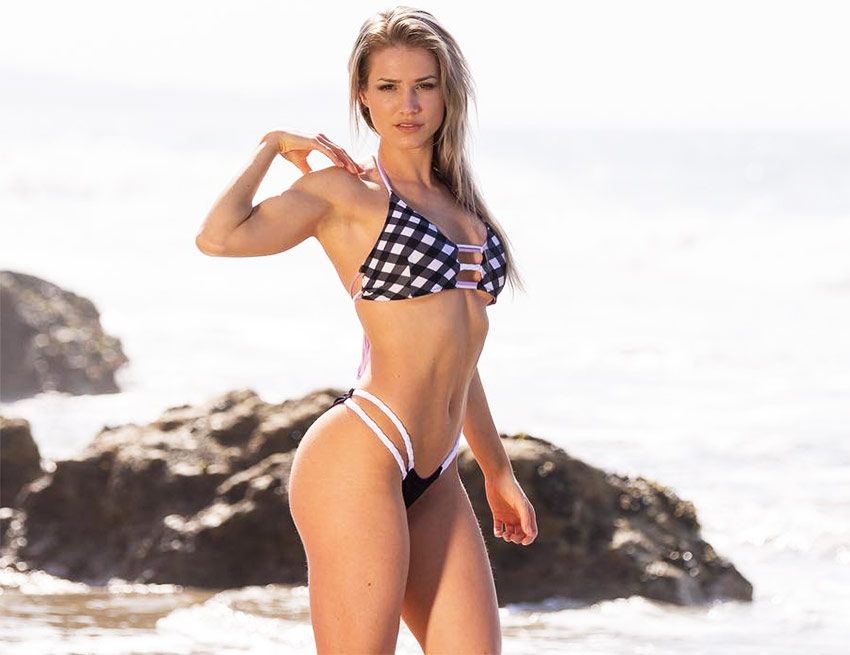 “By pursuing endeavors and a career I am passionate about, I’ve been able to work through difficult situations!”

Born and raised in Nova Scotia (Canada), Robin grew up with a keen interest in fitness. After seeing numerous fitness models online, she was amazed by their figures and what the human body was capable of.

As a result, in 2012, Robin made the decision to study a degree in Biochemistry & Molecular Biology. During her time at college, she gained an expansive knowledge on nutrition and human metabolism.

Ultimately, it was during this period that Robin began her fitness journey. With the right tools to succeed, she set her sights on sculpting her dream figure.

The Canadian found weight-lifting as the perfect escape from the stresses of education – as well as improving her confidence in her appearance. 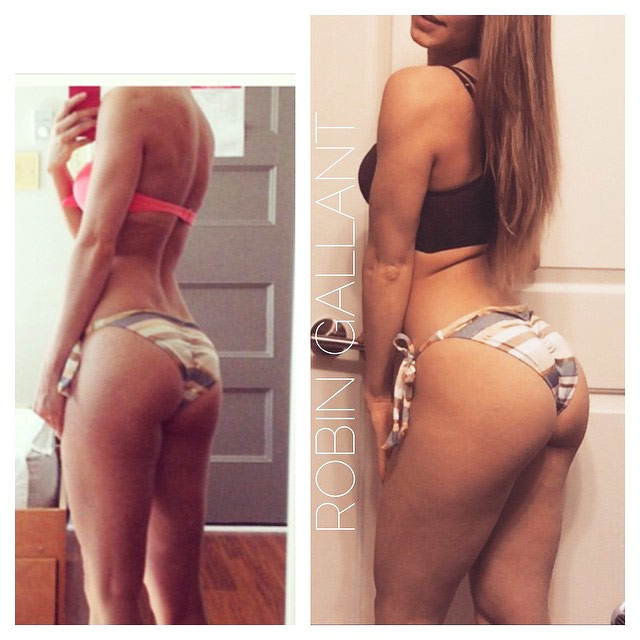 Three years after embarking on her fitness journey, Robin had managed to achieve a lean and strong figure – as well as completing her degree.

Robin’s training in the gym had led to her being inspired to compete as a powerlifter; she wasted no time and entered the 2015 Canadian Powerlifting Nationals shortly afterwards.

Although she didn’t have her dream start to her powerlifting career, Robin left the show with a respectable silver medal. This gave her the motivation she needed to pursue success – both as a powerlifter and bodybuilder.

Only a year later, Robin entered the 2016 OCB New York Stats Natural show – placing 2nd in her debut competition as a figure competitor. 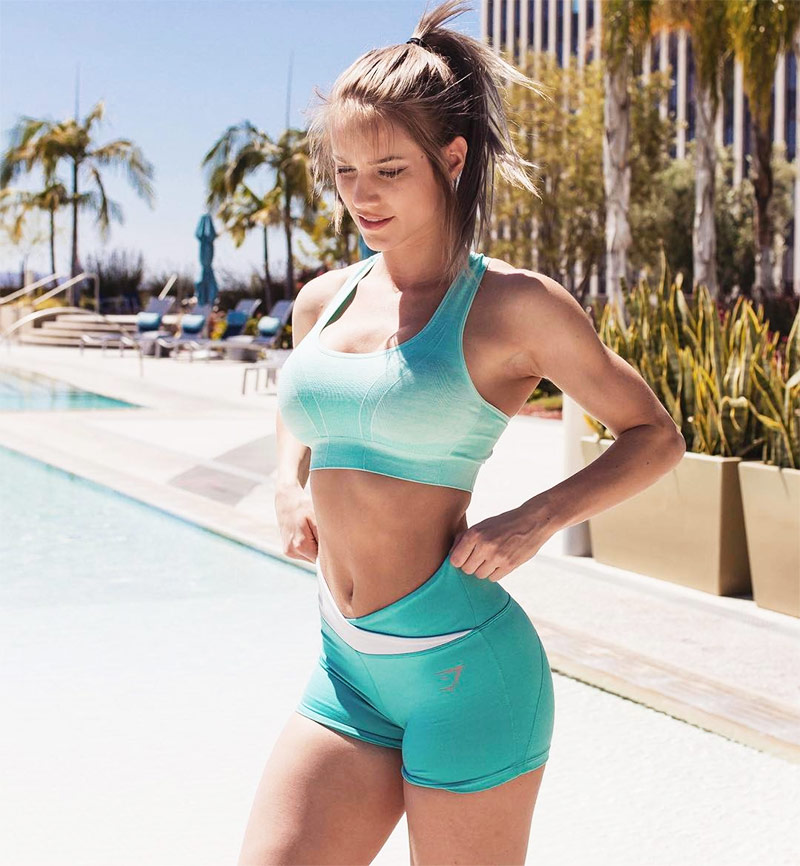 Not long after starting her preparations as a powerlifter and figure competitor; Robin began posting pictures and videos of her journey on Instagram.

She impressed the fitness community with her incredible transformation photos, and gained masses of followers as a result. After documenting her early success in competitions, Robin had gained even more exposure and fans.

By 2017, this Canadian had become an online fitness icon. 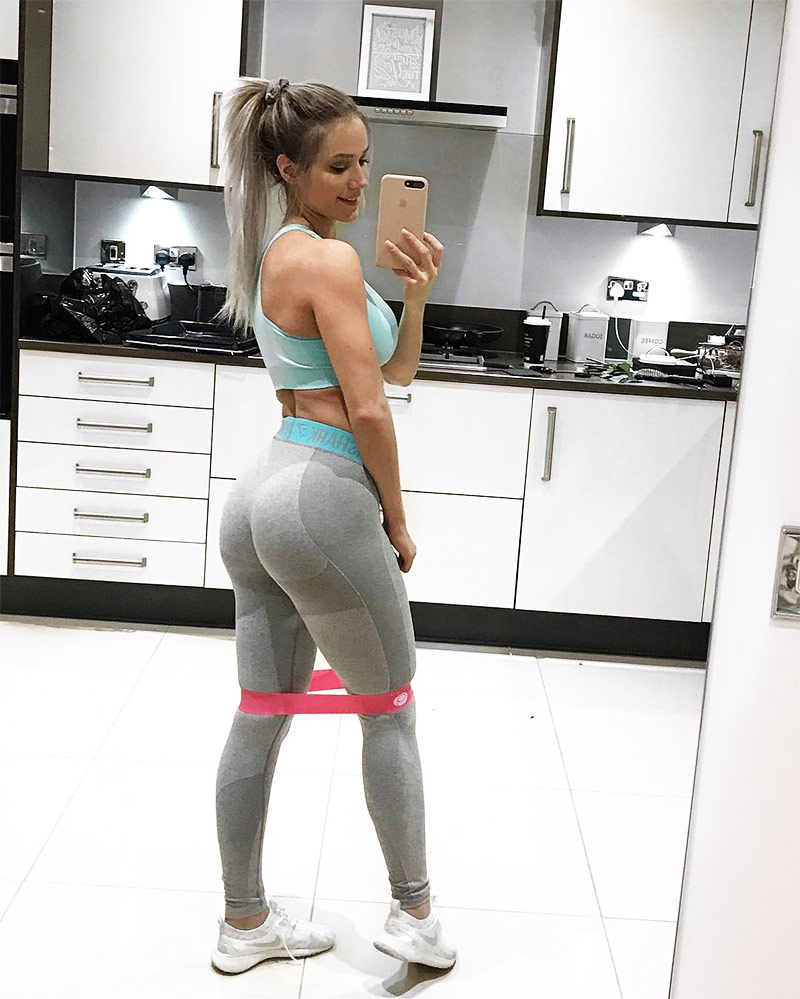 “Ever since I discovered fitness, I have never looked back.”

Robin is a big advocate of girls being ‘strong not skinny’; she showcases this as a competitive powerlifter. As a result, she always trains using compound movements – especially the big three lifts, squat, bench press and deadlifts.

Her favorite training routine is her ‘leg day’. 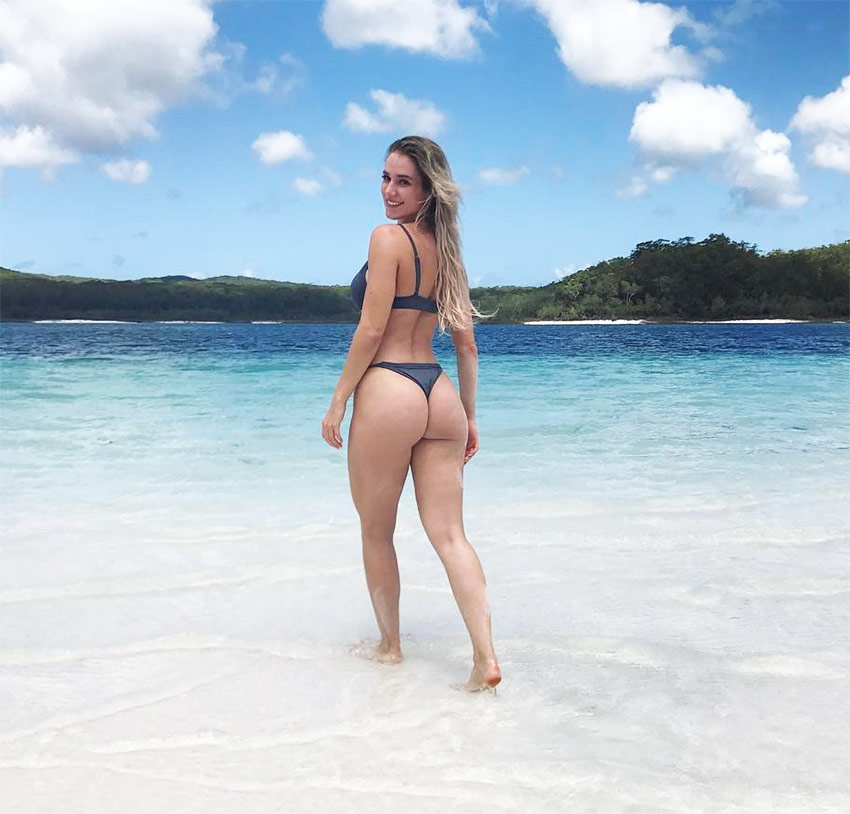 “Ever since IIFYM, my life has seriously changed. I don’t have panic attacks going out to eat, I don’t have fear foods. It’s amazing.”

In terms of her diet, Robin is quite flexible; she allows herself to eat foods that she enjoys – following the IIFYM (If It Fits Your Macros) plan. She believes that moderation is key, and that IIFYM is key to sustaining a healthy eating pattern.

For this reason, she doesn’t follow any strict weekly meal plans. 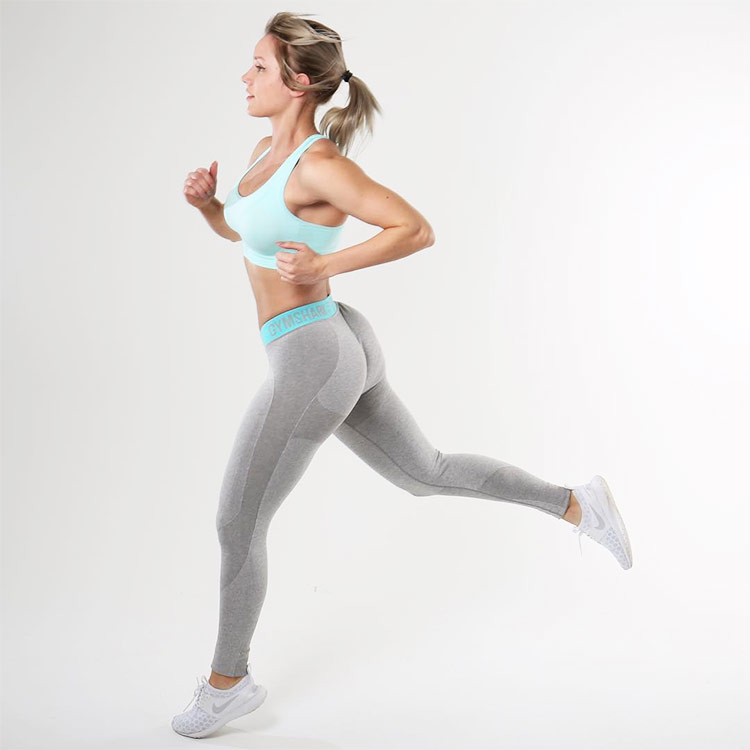 “I love the reach I’m given via social media and I use that to inspire other women to get into lifting.”

Robin has always been a ‘self-starter’; for this reason, she doesn’t have any particular influences.

However, she credits the fitness industry and all competitors for inspiring her to achieve a similar figure. Also, Robin names her followers on social media as great sources of motivation – their support constantly fuels her to succeed and push through her limitations. 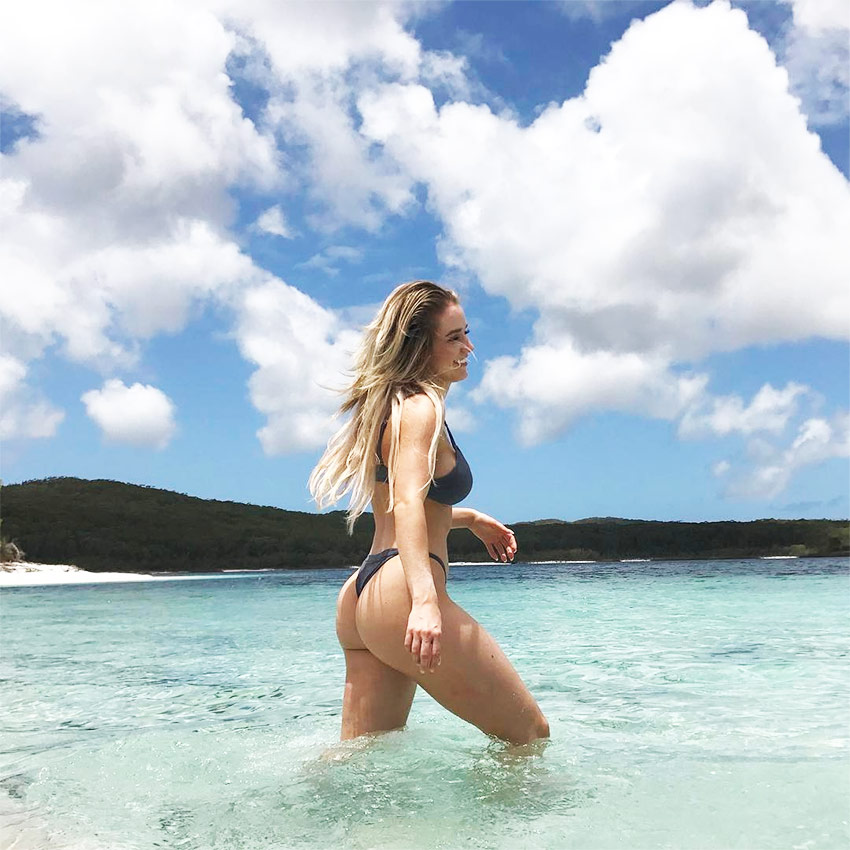 “Being a perfectionist, I always train and work hard to achieve my goals.”

What We Can Learn From Robin Gallant

Robin has taught us that chasing your dreams can lead to success – if you work hard enough.

The Canadian dedicated her life to the industry; she chose to study Biochemistry & Molecular Biology at college, in order to gain knowledge on nutrition and fitness – alongside an intense training schedule.

Ultimately, this led to Robin succeeding in 2 sports; bodybuilding and powerlifting.