Quiana Welch is a CrossFit athlete that has numerous competitions under her belt. She’s participated in a number of sports, including a year in the Lingerie Football League. 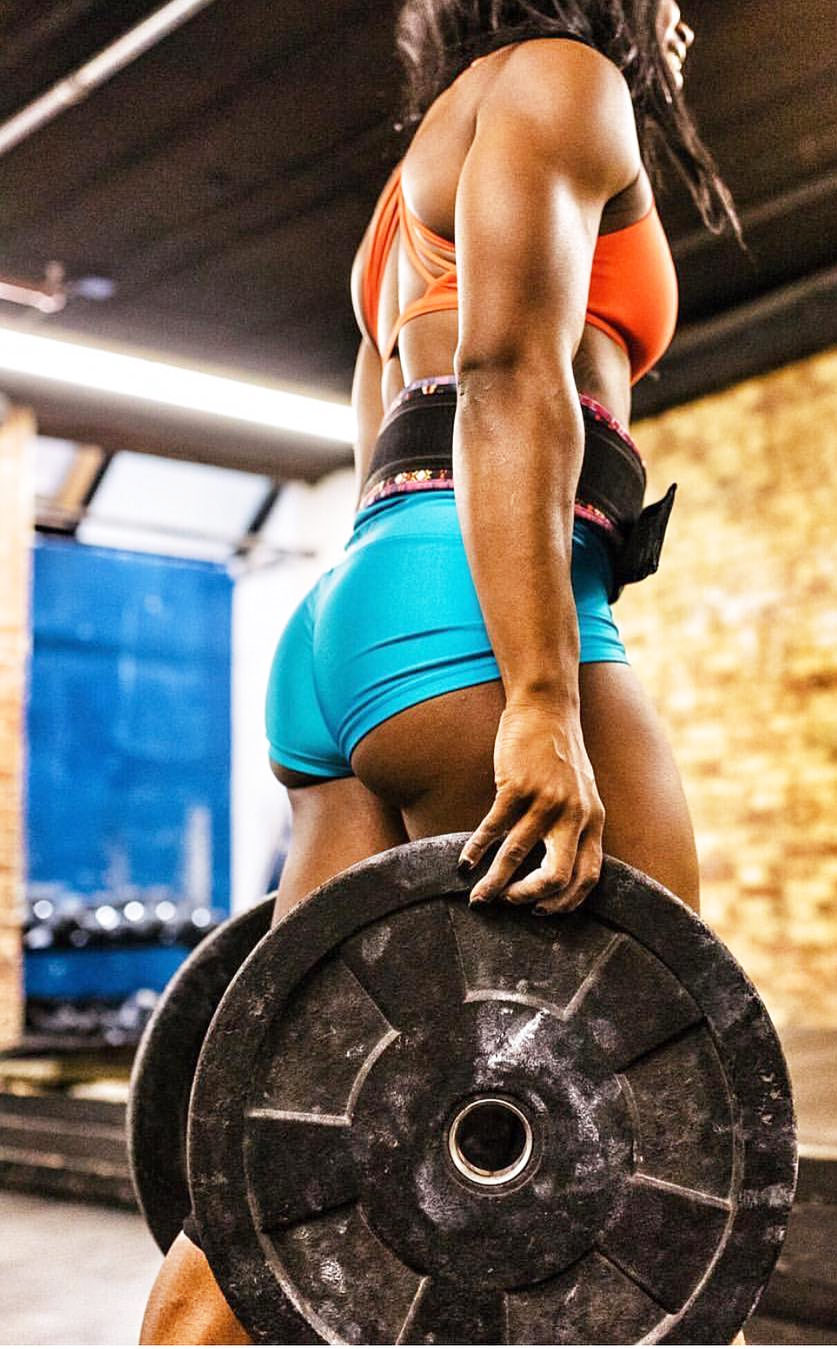 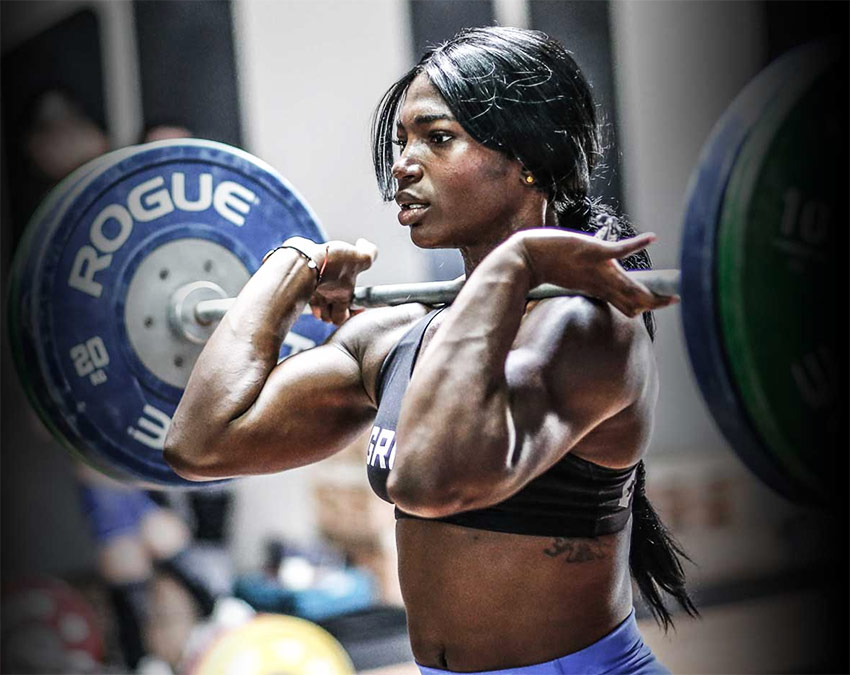 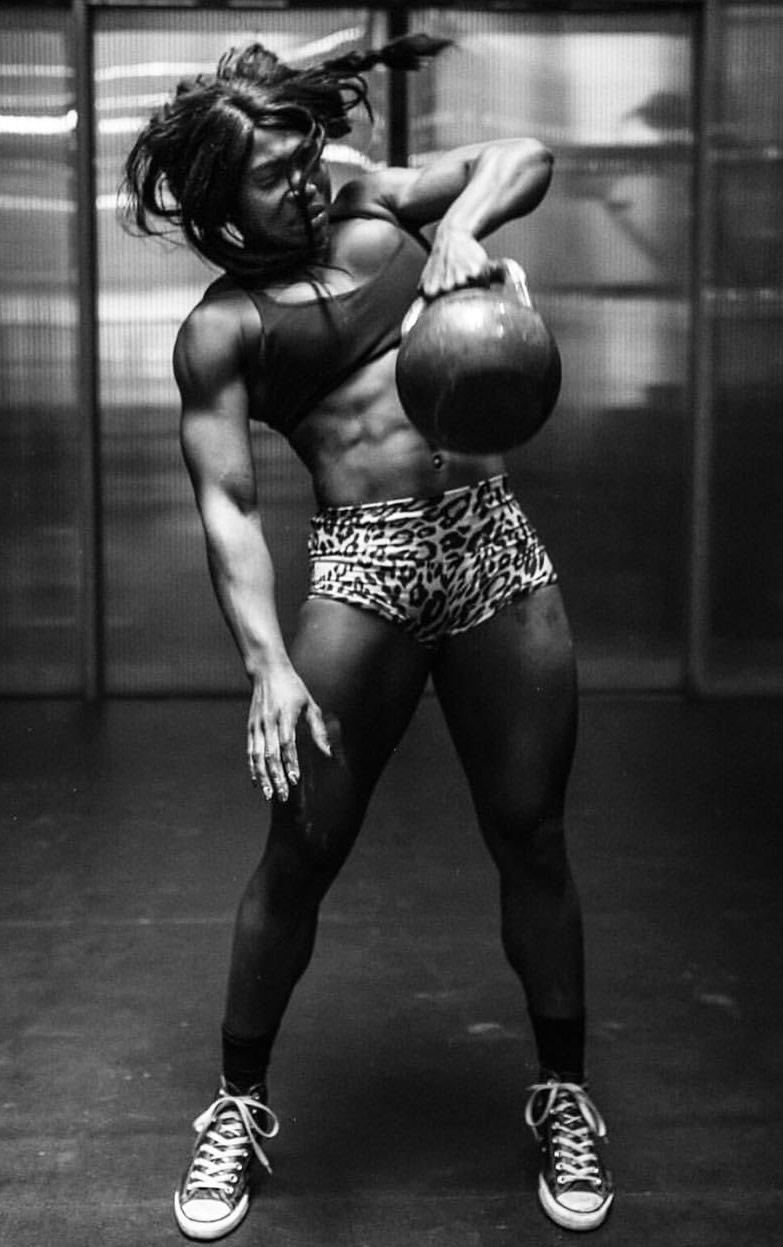 Born in the heart of New York, Brooklyn (USA), Quiana enjoyed sports from a very early age; she enrolled in gymnastics classes, and competed until she was 11-years-old.

However, she decided to leave the sport behind, pursuing other sports in college such as Volleyball and Athletics. At this point, she began watching Football, finding the desire to try her hand at the sport. 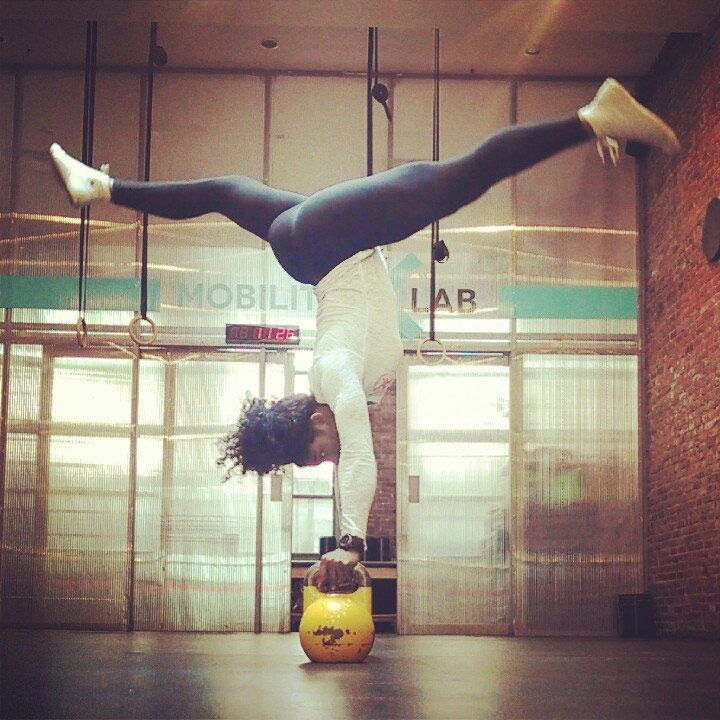 After graduating from College, Quiana made the decision to join a professional women’s lingerie football team – representing ‘Orlando Fantasy’ in the 2010-2011 season.

As a running back, Quiana was one of the fastest football players in the league. However, she lacked size and strength, often being overpowered by the bigger teams.

The athlete became unhappy with her slim frame; the physicality of women’s lingerie football motivated her to begin lifting weights in the gym, and to improve her figure. 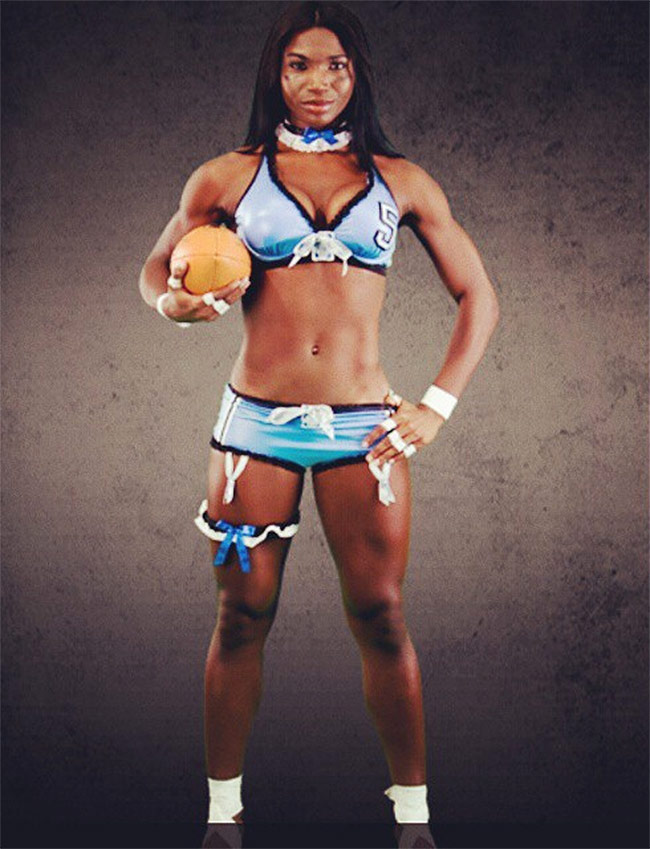 A year after beginning her fitness journey, Quiana started to see progress on her body; she’d toned up, and added muscle mass. It wasn’t long until she became inspired by female bodybuilders, and she set her sights on stepping on stage as a competitor.

By the end of 2011, Quiana had endured a tough preparation and was ready for her first competition – the 2011 Amateur NYC Championships.

After struggling to place in her debut show, Quiana knew that more work was needed on her physique. She went back to the drawing board, determined to return to improve on her performance. 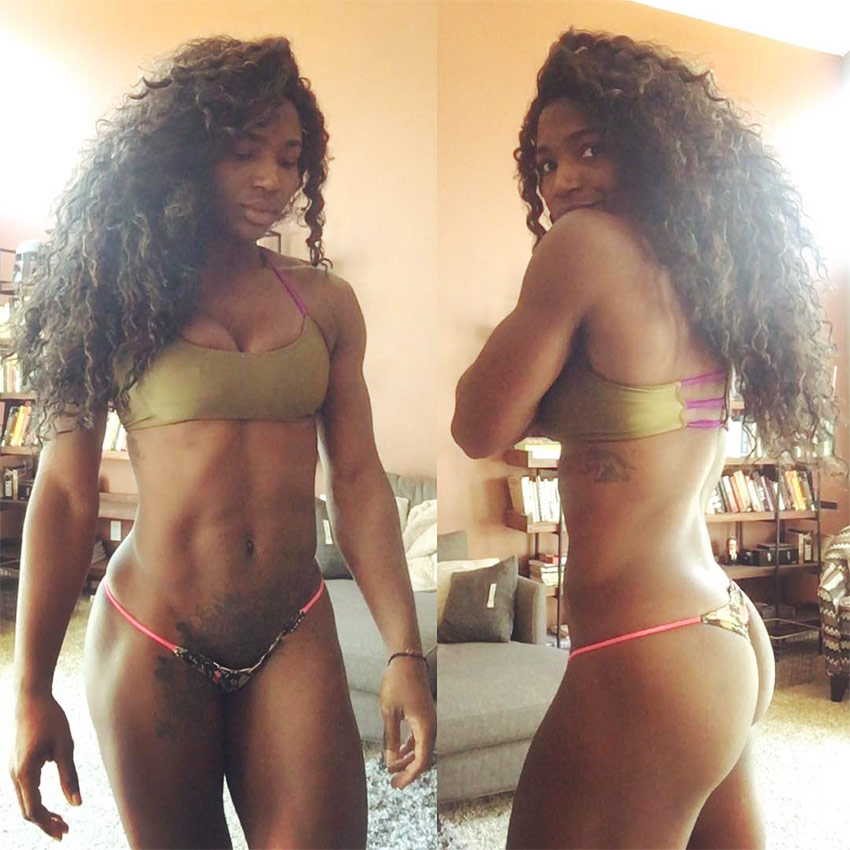 During this period, Quiana decided to work as a receptionist at her local CrossFit gym in Tribeca (Manhatten, USA). This was her first exposure to this sport, and she was instantly impressed by the athleticism of the participants.

With her heart set on becoming a competitive CrossFit athlete, Quiana didn’t make much of an effort in the 2012 Amateur NYC Championships; she’d already entered and had to honor her commitments to the show.

“I was just watching the members and thinking to myself, ‘I have to do this when this dumb [bodybuilding] show is over!'” 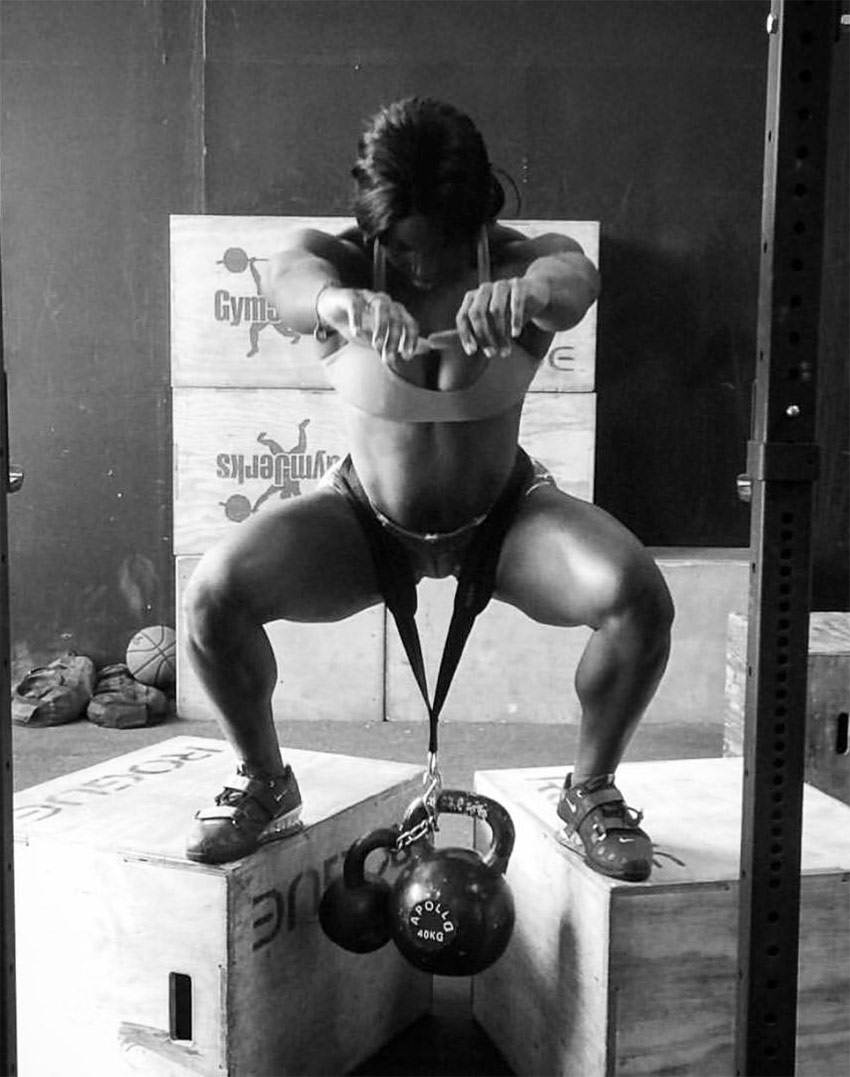 Due to the demands of CrossFit, Quiana’s training routine consists of compound lifts:

She splits her training into Strength and Conditioning; often training twice a day to fit these two sessions in a day. 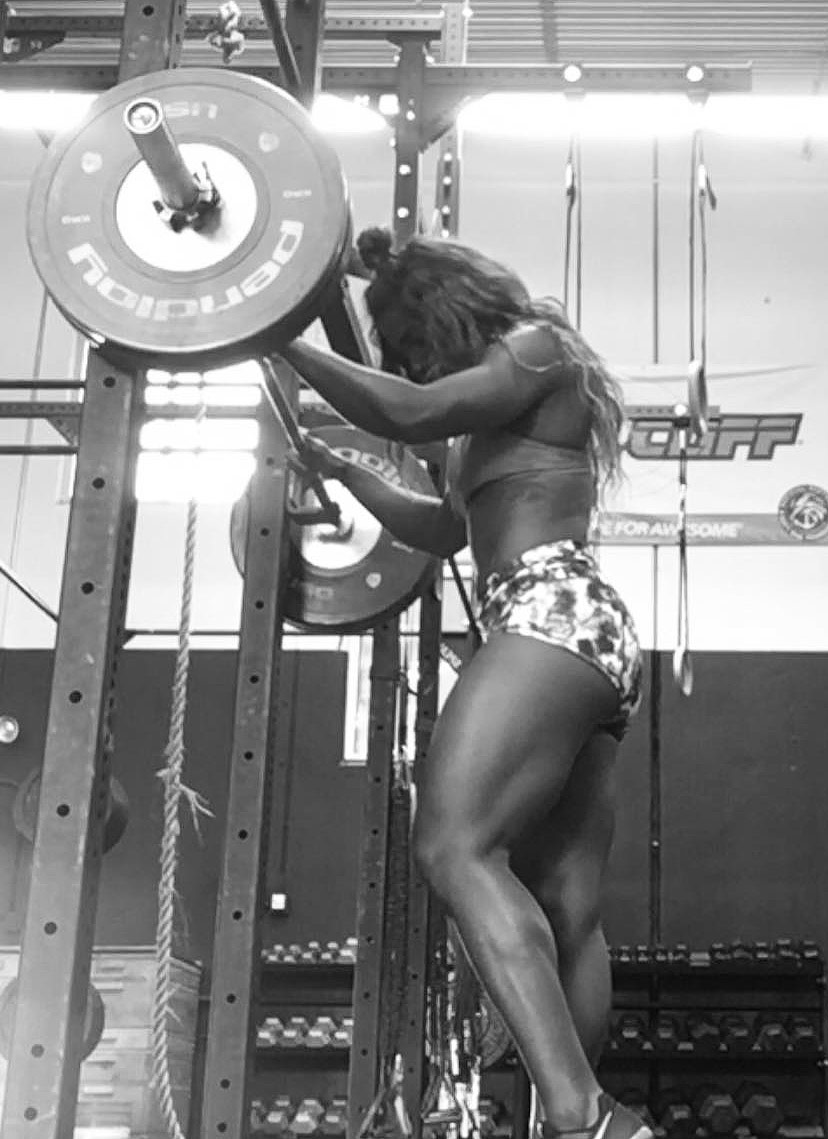 Unlike other athletes, Quiana doesn’t follow a set diet plan, or stop herself eating certain foods. However, she does keep an eye on nutrition labels and tries to eat mostly clean all-year-round.

Her favorite cheat meal is a pizza with extra meat and cheese, but she allows herself a few treats whenever she craves them:

“I’ll finish a whole pound cake or eat 2-3 cupcakes if you put them in my face.”

Quiana plans most of her meals around lean proteins, healthy fats, and leafy green vegetables – to consume enough macros to fuel her powerful figure.

Here’s a list of the foods she commonly consumes: 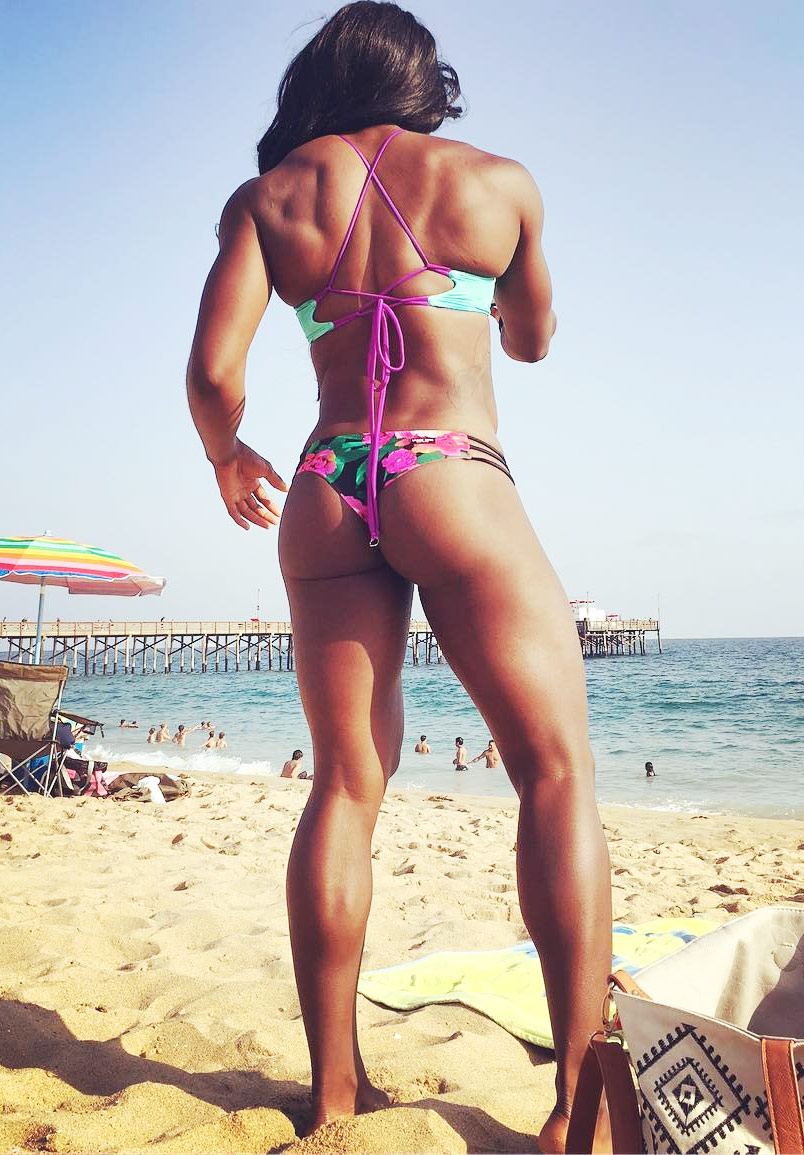 Quiana names her biggest CrossFit influence as Elisabeth Akinwale. The former gymnast looked up to Elisabeth’s strength when starting her journey into the sport, aiming to grow as strong as her idol.

“I still continue to do idolize [Elisabeth] now. I’m looking forward to the day where I can meet her and shake her hand.” 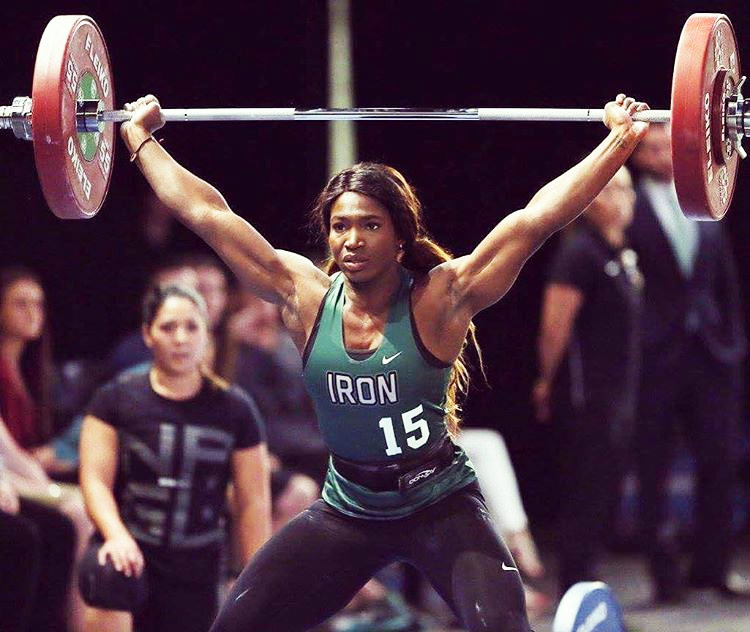 What we can learn from Quiana Welch

If we can learn anything from Quiana, it’s that you shouldn’t be afraid to try new things. She went from being a gymnast, to trying out Women’s Lingerie Football, to stepping on stage as a female bodybuilder, to eventually settling as a CrossFit athlete.

You might not find your passion straight away, but you’ll eventually find your place when exposing yourself to different options.

I am in love with Quiana Welch.

Quiana! You are an inspiration. Love what you do. Don’t stop.

Hands down one of the most inspiring athletes I follow! Beautiful strength and beautiful person, inside and out.

Supremely beautiful and sexy because of her commitment and strength and courage to pursue a passion that is hers alone. Total respect!!!!