Pauline Nordin is fitness model, author, and an entrepreneur who has an amazing transformation story. She’d struggled with body image and eating disorders between the ages of 12-17; weighing an extremely low 85 pounds.

Her life took a turn for the better, when, she started going to the gym. In turn, she also started eating more healthy foods to gain her weight back; motivated by the fitness models she saw on magazine covers. In three years of training, she not only transformed her physique, but she also became a fitness athlete and competitor; winning her first show at the age of 20.

Pauline hasn’t looked back ever since – she’s become an online personality, published author, and a personal trainer. 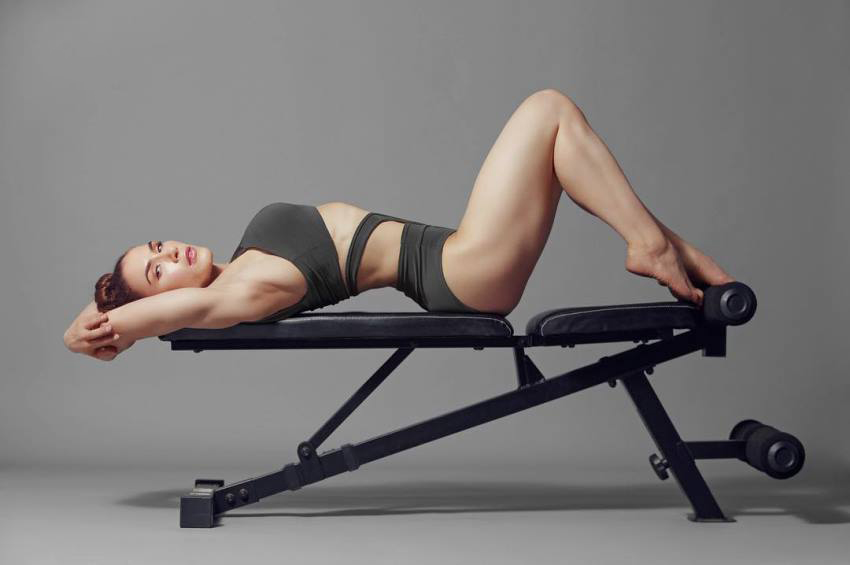 “Sometimes we take things for granted because we struggle to achieve perfection or balance, and then, what didn’t give us this struggle, we took for granted. This reminds us that it can all end. Be grateful, it’s a daily practice.” 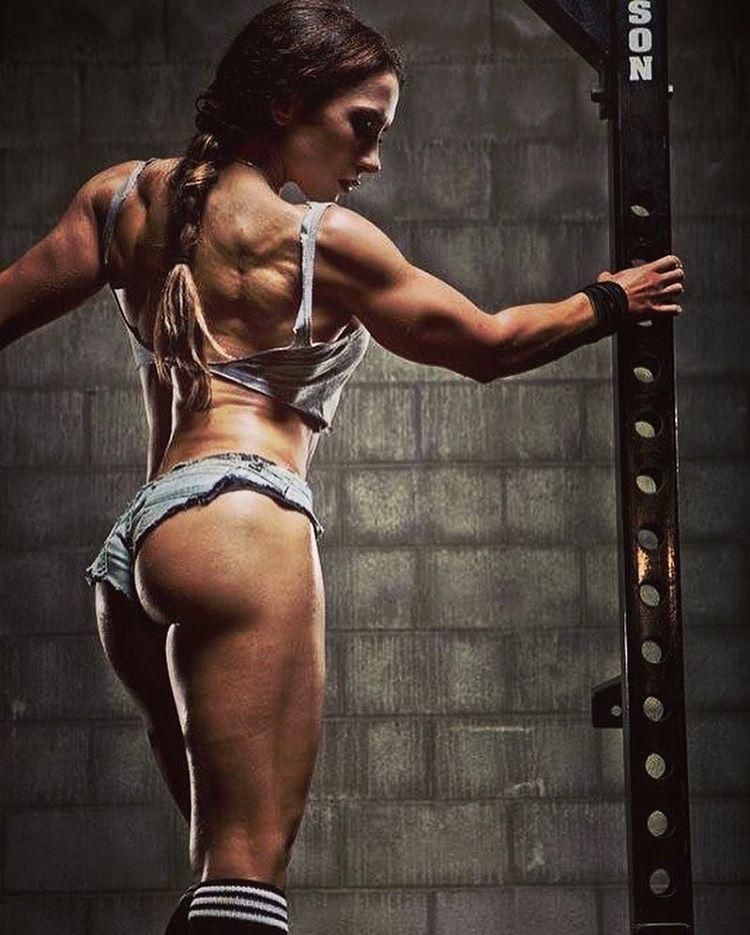 “Being healthy and fit does not mean you never ever eat anything of what you really love. It means you eat for health and weight control most of the time, so you can afford a reward here and there.” 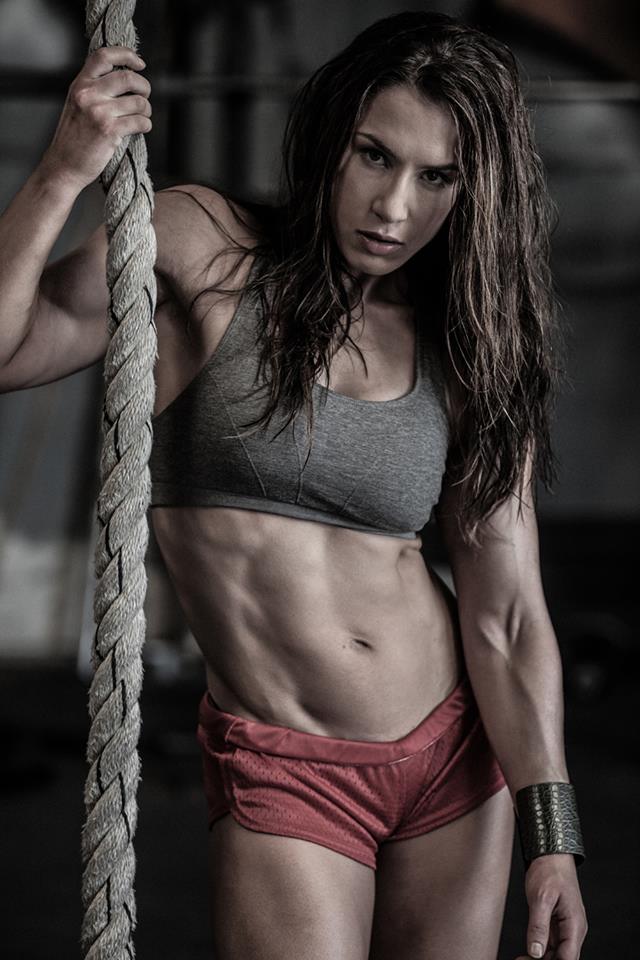 Born and raised in the southern Sweden (Ystad), Pauline Nordin had a tough life growing up. By the age of 12, she developed an eating disorder and body image issues – these disorders made her believe she was consuming too many calories, so she dropped her intake to dangerously low levels.

She also began working out several hours per day, afraid of gaining any weight; weighing only 85 pounds at the time.

This challenging period lasted for five years, until Pauline turned 17. That’s when she stumbled across a fitness magazine which featured muscular female models. Looking at these magazine, Pauline realized the difference between being fit, and dangerously skinny.

It was at this point she decided to stop destroying her health. This is when she became a fitness athlete; inspired by the models she saw in the magazines.

This is Pauline talking about her “revelation”;

“I was 17 and was in the ‘not eating and doing 500 sit-ups a day’ routine. Later, I accidentally bumped into a fitness magazine and saw the fitness model on the cover. I was terrified, she looked crazy, but in some way, it caught my attention.

Anyway, I realized it took dedication, discipline, a lot of exercise, and a strict diet. I decided to become a Pro bodybuilder, so I went to my first gym and told the trainer I was going to be onstage in 2002 (3 years later) and I needed to get muscular.” – Pauline Nordin 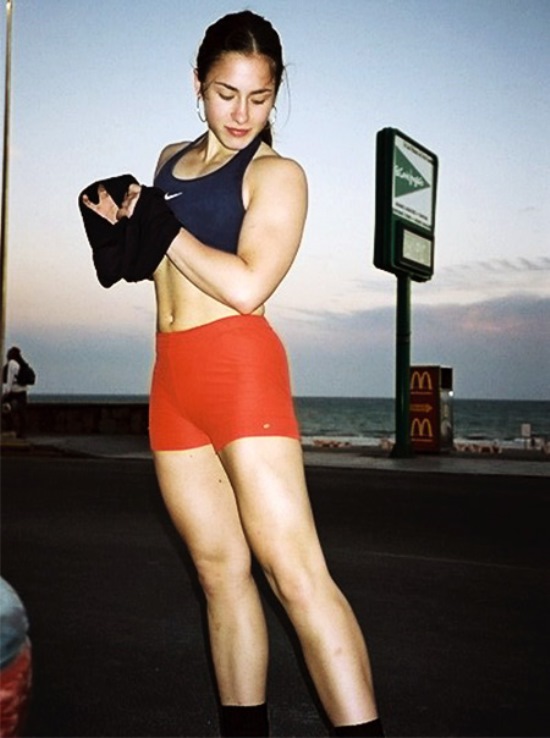 Having embarked on her fitness journey, Pauline trained non-stop in the gym for the next three years; determined to turn her life around.

Her dedication eventually paid off – she came out of her first show as the Teenage National Champion, before defending the title for the following three years, three times in a row. After this, she moved to the Senior Division, where she finished as the runner-up two times in a row. 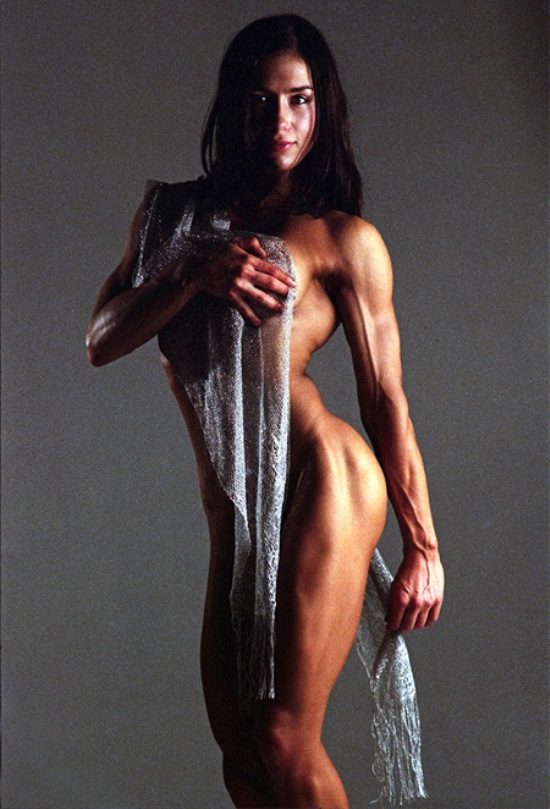 From that point on, Pauline’s career in fitness took an upward spike. In late 2005, she became sought-after by reality TV-show producers from her home country. The show featured trainers from several region’s countries who helped participants from their homeland lose as much weight as possible.

As one of the trainers, Pauline spent the next three months in Estonia in an old castle; being a coach, nutritionist, and leader of the Swedish team, ultimately leading her country to victory at the end of the 2006 season.

Talking about the experience, Pauline said; “It was 3 months of being a psycho drill sergeant/psychotherapist/diet coach/trainer/friend/nightmare to my team. I taught them the fighter diet principles before I even knew them as fighter diet. I won their confidence and trust as I walked with them for a 6-hour hike in the middle of nowhere in Estonia. It was intense.

Producers didn’t understand the amount of physical labor needed to lose 10 lbs a week for several weeks. Once the contenders were doing spinning for 8 hours non-stop. It was cut down to 15 seconds of the show. To this day, I still can’t believe these people sat on those tiny bike seats for 8 hours for television and entertainment. ” – Pauline Nordin

Later that year (2006), Pauline moved to The United States to further expand her career in fitness. There, she began appearing on a number of magazine covers, as well as competing in the IFBB league throughout San Francisco, California, and Colorado. She also became an author; on training, diet, and fat loss in 2008.

Driven by her success, Pauline hasn’t stopped working hard on turning her ambitions into reality ever since; staying true to her three main principles in life – “Be consistent, be patient, and work hard.” 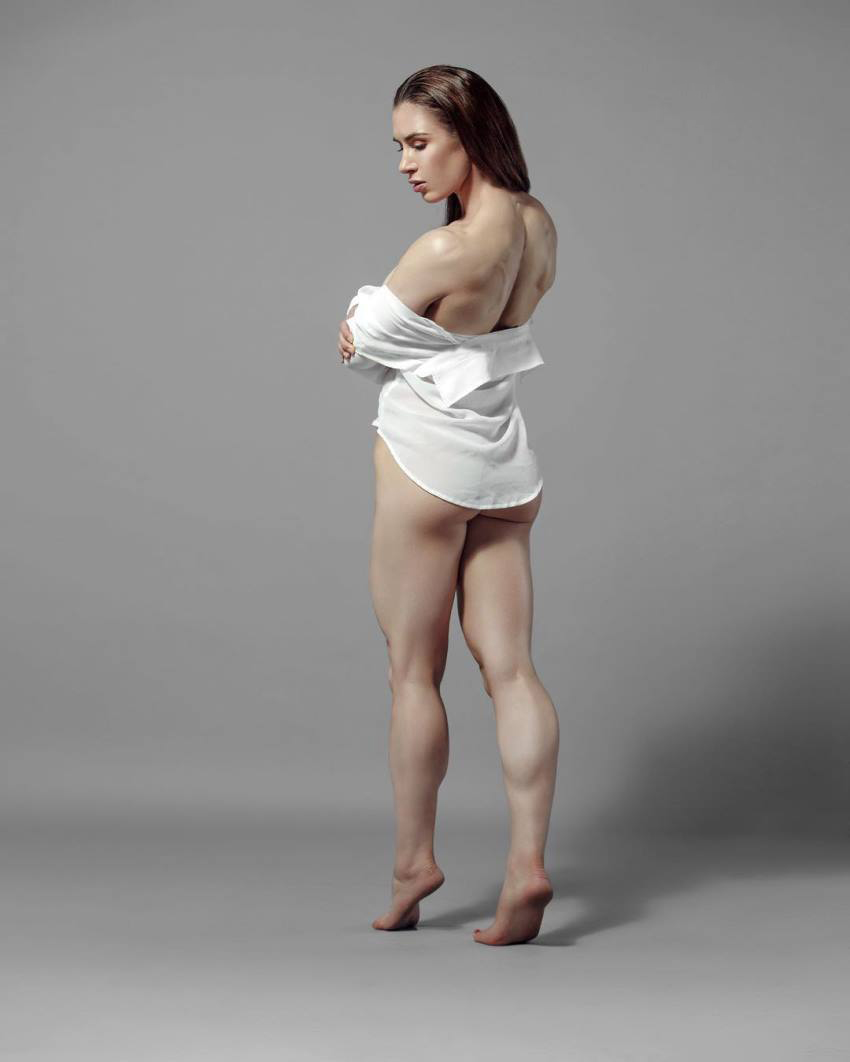 Pauline usually stretches after her workouts, once her muscles are fatigued. However, she sometimes likes to stretch before a workout, this way she achieves a “pump” in her muscles and gets them warmed up before she continues with the working sets. 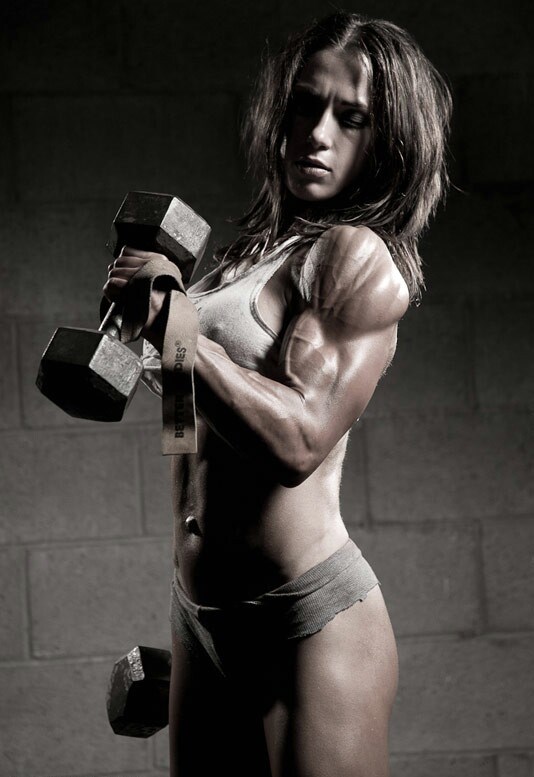 Training two times per day, six times per week has become a “ritual” for Pauline over the years. She’s found this type of training yields the best results. In the morning, she does cardio, which can be anything from HIIT to a regular walk outdoors. Later, in the evening, she works out using weights.

One of the body parts Pauline takes the most pride in is her triceps. As for her favorite exercise, she prefers chin-ups. 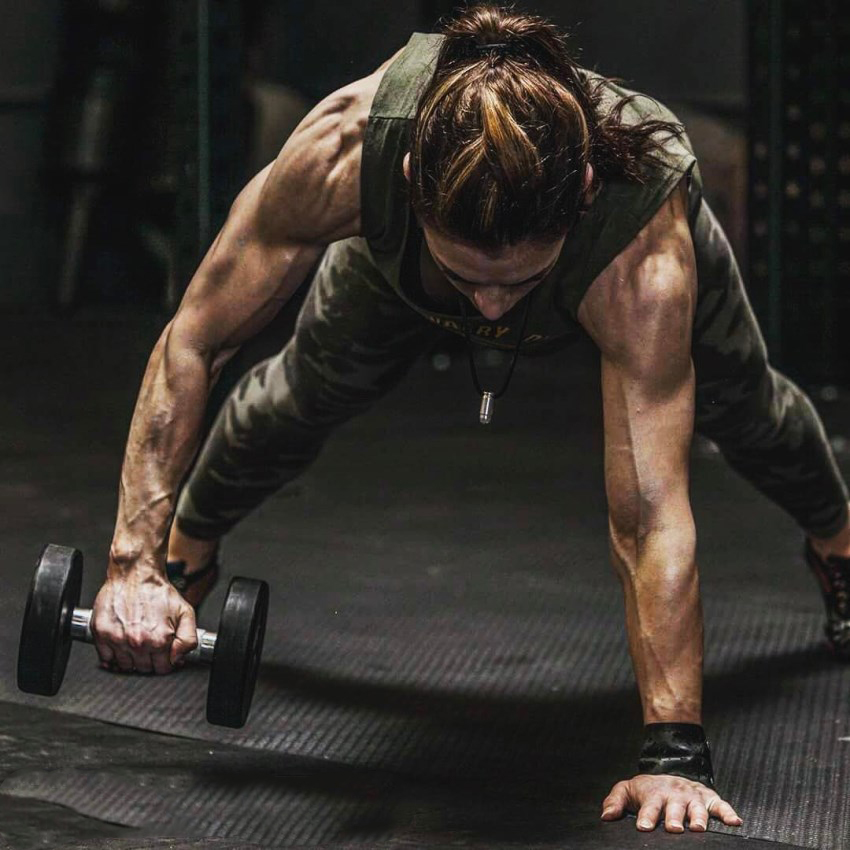 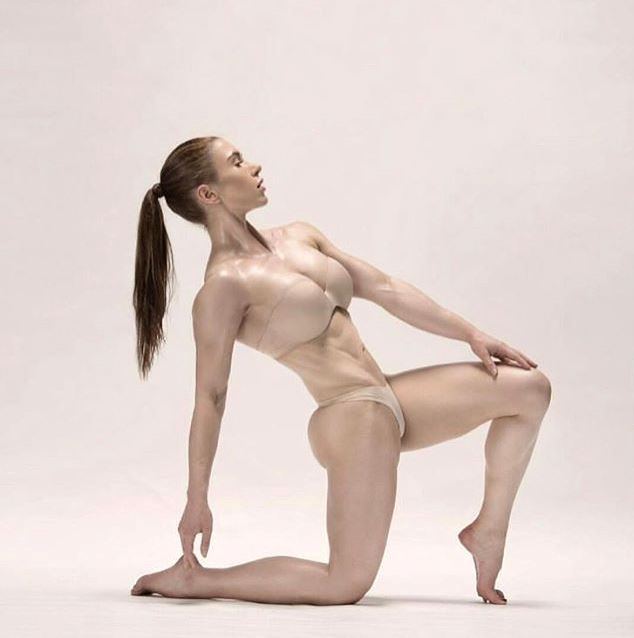 “Going on a low-calorie diet has never been an option for me: I work out a lot and need to eat. I have a big appetite.”

Pauline calls her diet the “Fighter Diet”, mainly because it requires her to stay lean year-round. This diet is based on two phases – the leanness inducing phase, and re-feed phase.

In the first phase, she incorporates a lot of vegetables, lean proteins such as whey, egg whites, cheese, chicken, pink salmon, and fats such as fish oil, olive oil, and nuts.

During the second, re-feed phase, she increases her carbohydrate intake; filling her muscles with glycogen, and making them look fuller.

Regardless of which phase she is in, Pauline makes sure to hit her daily protein intake, which is around 110-150 grams of protein. 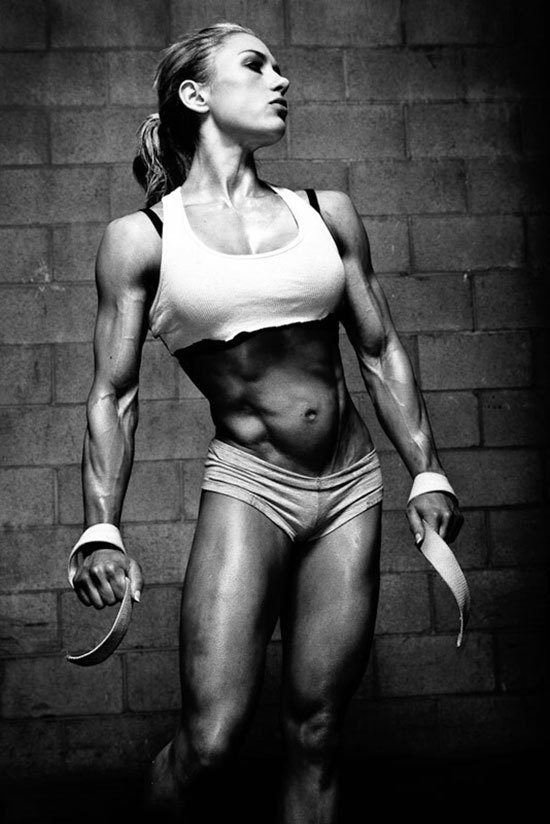 What we can learn from Pauline Nordin

In Pauline’s early teens, she struggled with serious mental and eating disorders, which made her look, and feel extremely unhealthy. With the help of her coach, and motivation from fitness magazines, Pauline was able to transform her physiqe, and life for the better; becoming a worldwide known fitness model and personal trainer.

If you ever find yourself in a similar situation as Pauline, remember that there is always a way out of the seemingly “bottomless pit”. However, it’s going to take time, and patience, there are no shortcuts. As Pauline says; “Nobody said it was easy.”

But, with the right attitude, you can overcome any obstacle in life, and accomplish your goals – just like Pauline Nordin.

Pauline Nordin looks like a superhero without the sexy one piece tight costume. There’s almost mo way in that she’s a bisexual or in an open marriage.

Thank you Pauline for your motivation, I am 55 with a right shoulder which tends to separate from time to time, however I know with patience and determination I can get the muscles around that area to strengthen.
You are truly a great source of motivation, I hope I can someday I can communicate with you and get some insight.
My significant other is in the medical field and maybe if can work myself into shape I may be able to help some of the people that come through her door.

Sorry about that. We have now updated your profile.

This is very inspiring and I really appreciated reading this article. I’m slim and looking to tone up and look defined but not too muscular. I want rock hard abs! Thanks for this post. Although, my goal is to not look as muscular as you, you look like a phenomenal sculpted goddess!

I would love to pick your brain on the best macros for lowering body fat% while building muscle. I’m 5’5”, 105 Ibs.