Pamela Reif is a German-born fitness model and social media star. Her rise to success all began at the age of 16, when she started posting pictures of her lifestyle online.

People became intrigued by Pamela’s aesthetic and lean physique, so much so, that they started spreading the word about the German model among others.

Before long, Pamela’s social media sites started growing like never before, as she slowly made her way to the top of the fitness and social media world.

By 2018, Pamela became a worldwide fitness sensation, with an army of followers who support her every step of the way. 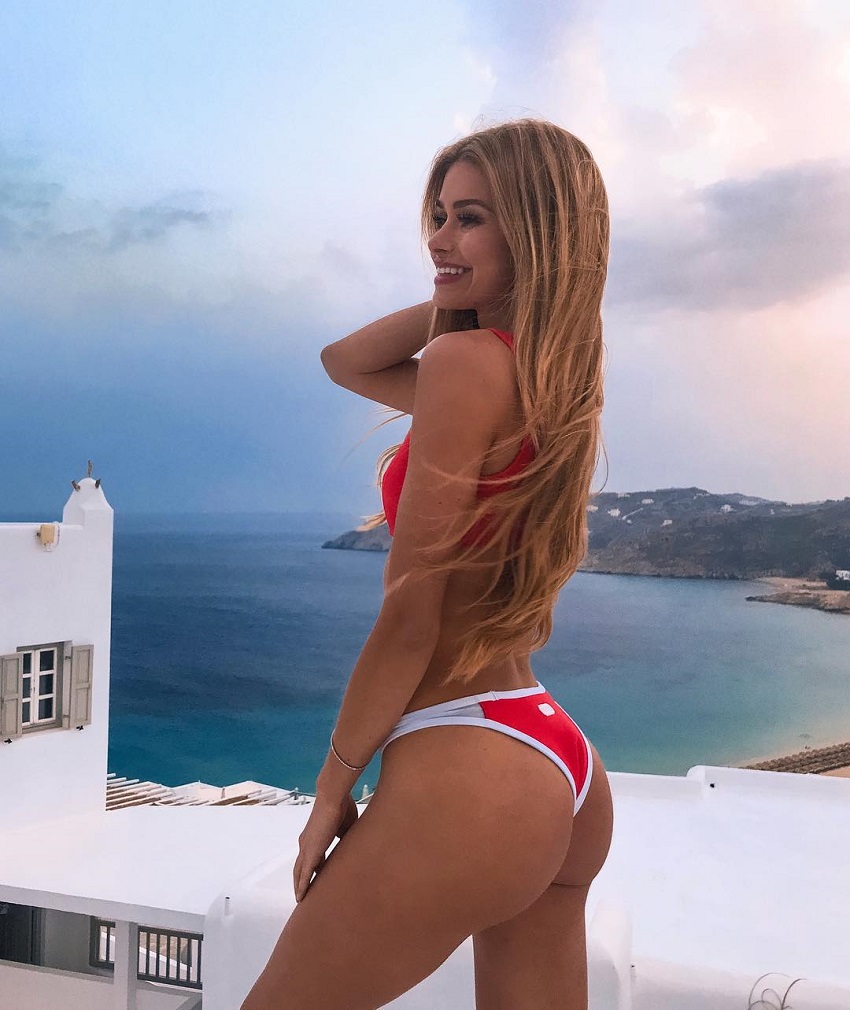 “We always think the waves define the ocean, but we forget about the huge amount of water underneath. Now imagine you being an ocean. 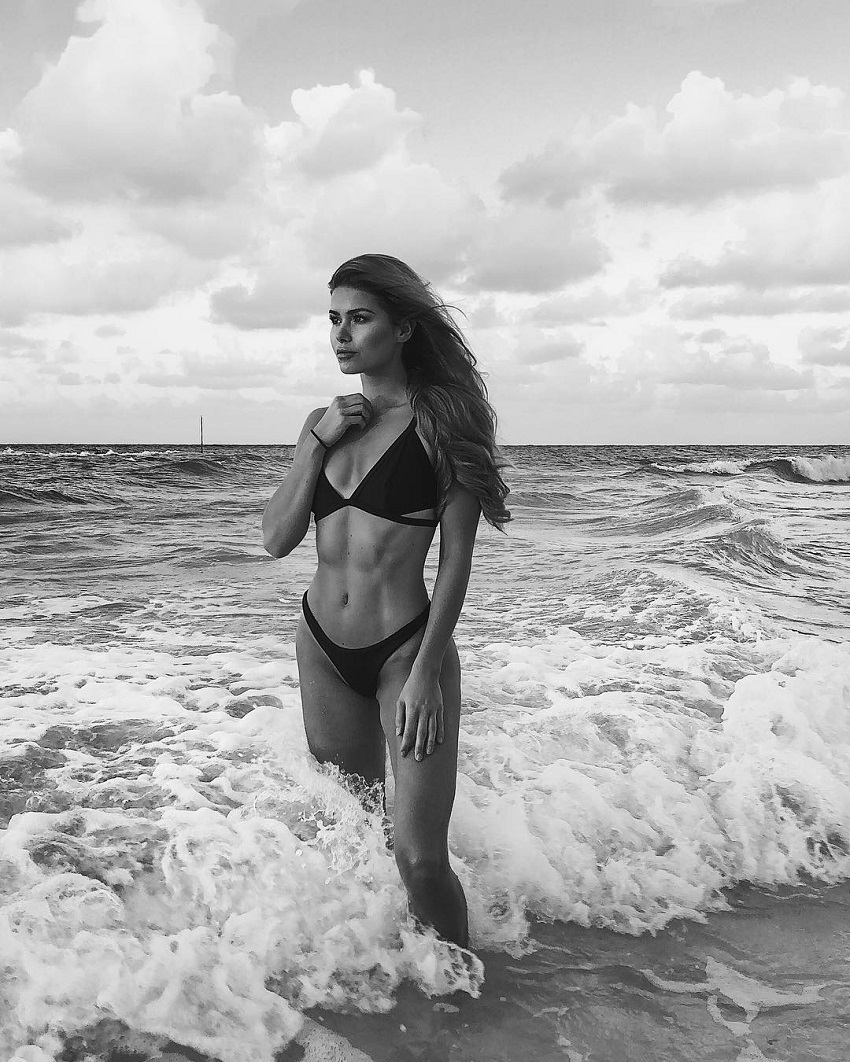 “It’s okay to feel proud of small achievements. You don’t need to be a millionaire, have a sixpack or a big butt to finally feel proud. Only looking at the destination might be cool for some time but what really makes you happy is enjoying the journey. “ 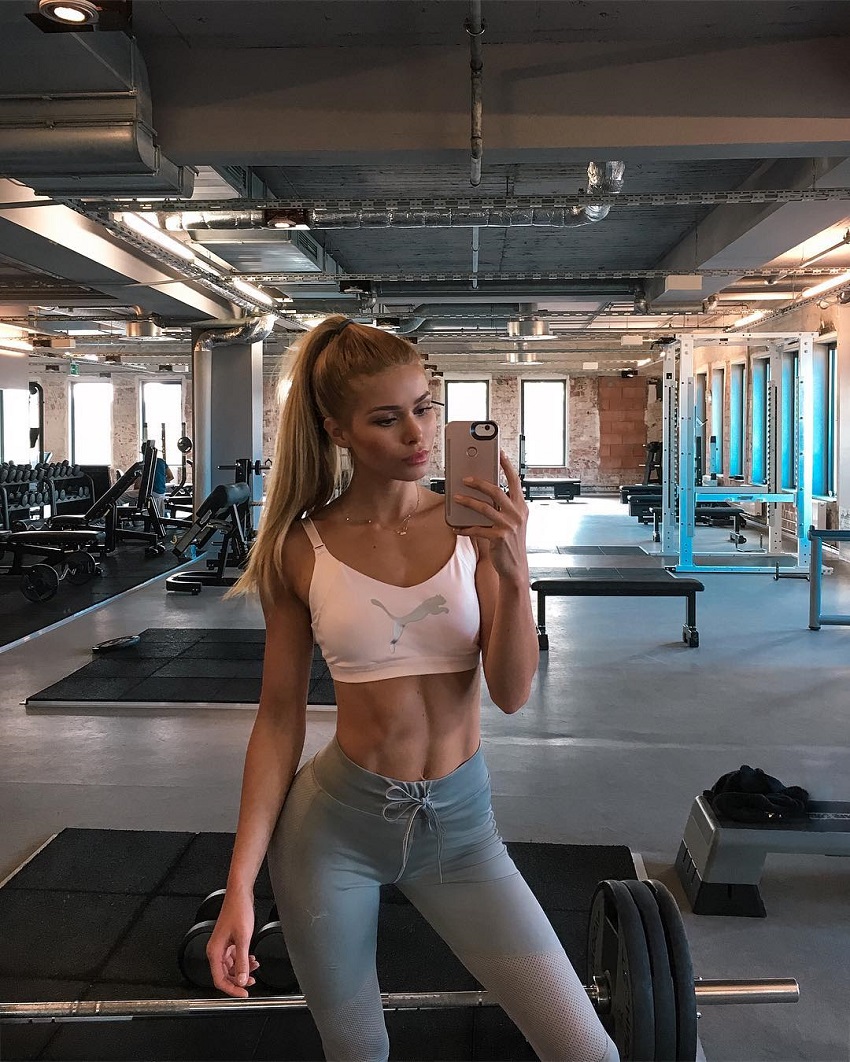 Pamela Reif was someone who enjoyed dance, sports, and other extracurricular activities growing up. She said; “I have always been into sports, previously as a dancer.”

However, by the time she turned 16, Pamela lost interest in some of these activities. In a search for something new, she decided to start going to the gym with her friend.

“When I turned 16 I decided to stop dancing and to start going to the gym instead. I went with a friend of mine and we had basically no plan.” 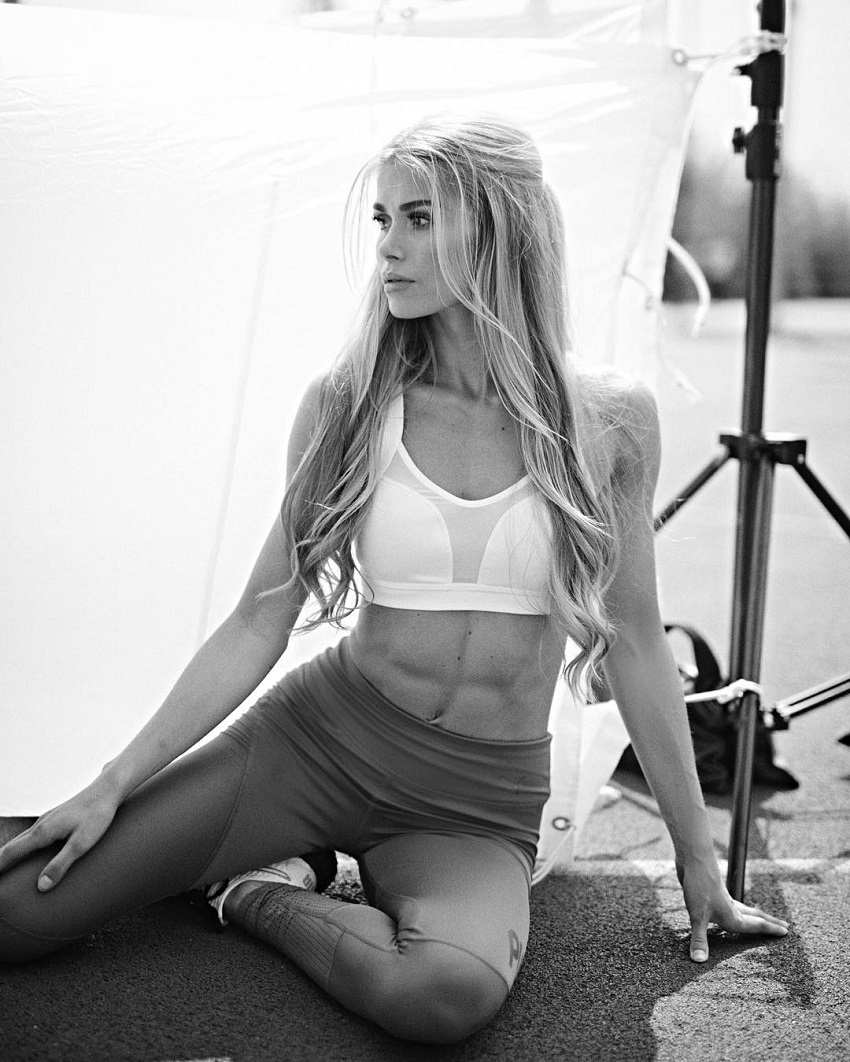 A Lack of Results

Initially, Pamela didn’t know anything about training in the gym. Because of this, she asked a person who worked at her gym to show her how to train.

Unfortunately, Pamela didn’t get the training plan she’d hoped for – saying; “This plan was just a standard plan they gave to everyone and not what worked for me.”

The plan Pamela was following consisted of countless cardio sessions, along with some light weightlifting and group training classes.

After weeks of training like this, Pamela saw no changes in her physique. In fact, she only lost more weight on her already slim frame. As she said; “during this time my body got very lean, my body fat percentage was pretty low too, my abs were strong & visible but I was extremely skinny. I weighed about 45kg.” 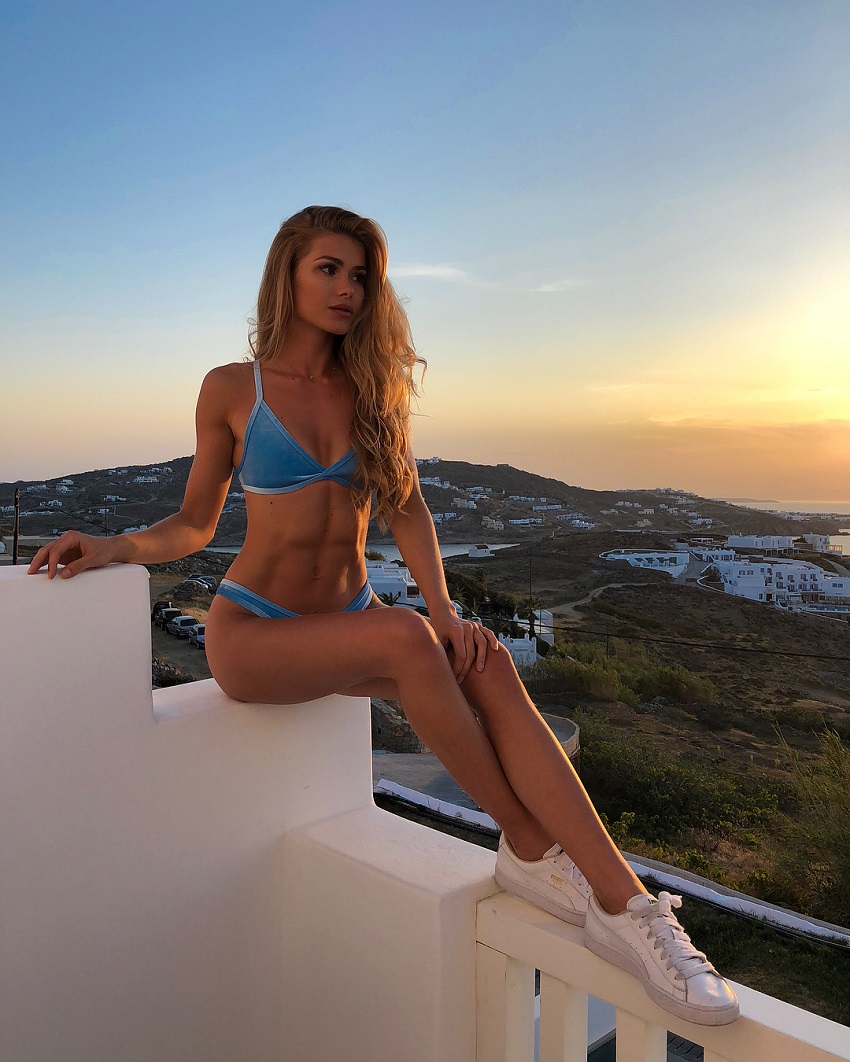 Changing Her Training and Diet

Having seen little to no results from cardio, Pamela eventually decided to change her training completely. Instead of running on a treadmill, she incorporated more weightlifting into her routine – consisting of squats, deadlifts, and other compound exercises.

“Eventually, I got interested in weightlifting. Not because I felt uncomfortable with my body but because I was interested in what the boys in the gym are doing with those big weights haha. It looked so much more fun than a treadmill.”

Combined with her nutrient-rich diet, Pamela’s new training program saw her physique improve dramatically. Her arms became toned, her legs and glutes firmer, and her midsection became more ripped than ever.

After seeing the results, Pamela became intrigued with the fitness lifestyle. In fact, what started as just a hobby, soon turned into a career on the rise. 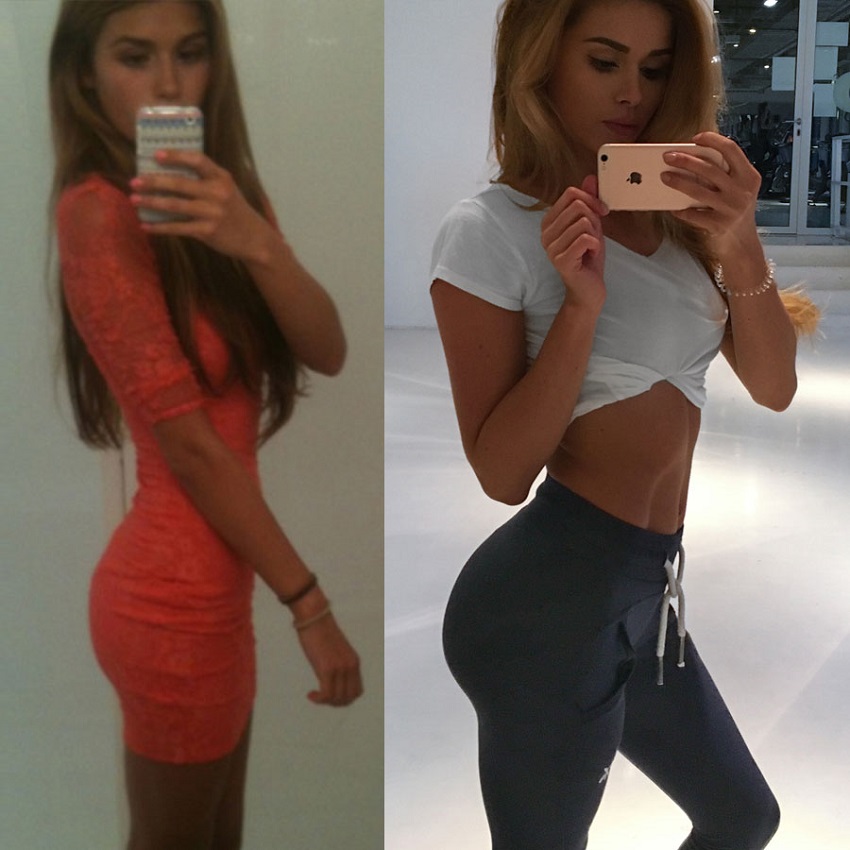 While on her fitness journey, Pamela opened her internet pages where she shared her fit photos and videos. Unexpectedly, she started attracting a large number of people to her sites.

“I started posting pictures and I had absolutely no idea that social media could get me somewhere in life.”

Pamela’s followers became intrigued by her physique, as well as her fitness story. This is where Pamela realized she could make an impact on people’s lives, along with building a healthy career on the internet.

She began sharing photos and videos of her lifestyle every day, slowly growing a community of followers on her social media sites. 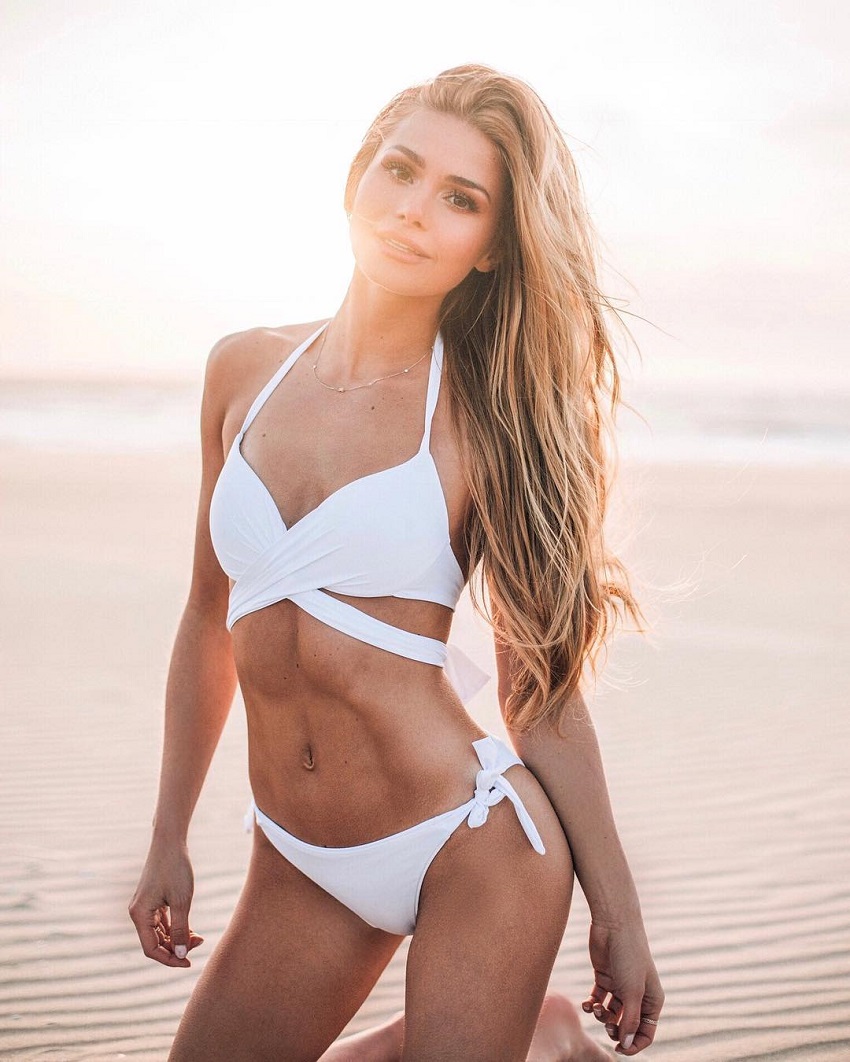 Ever since she started posting pictures and videos online, Pamela has grown into a social media sensation.

With millions of followers across the globe, she is an example for everyone who wants to take a ‘leap of faith’ towards their dreams in life – just like she did. 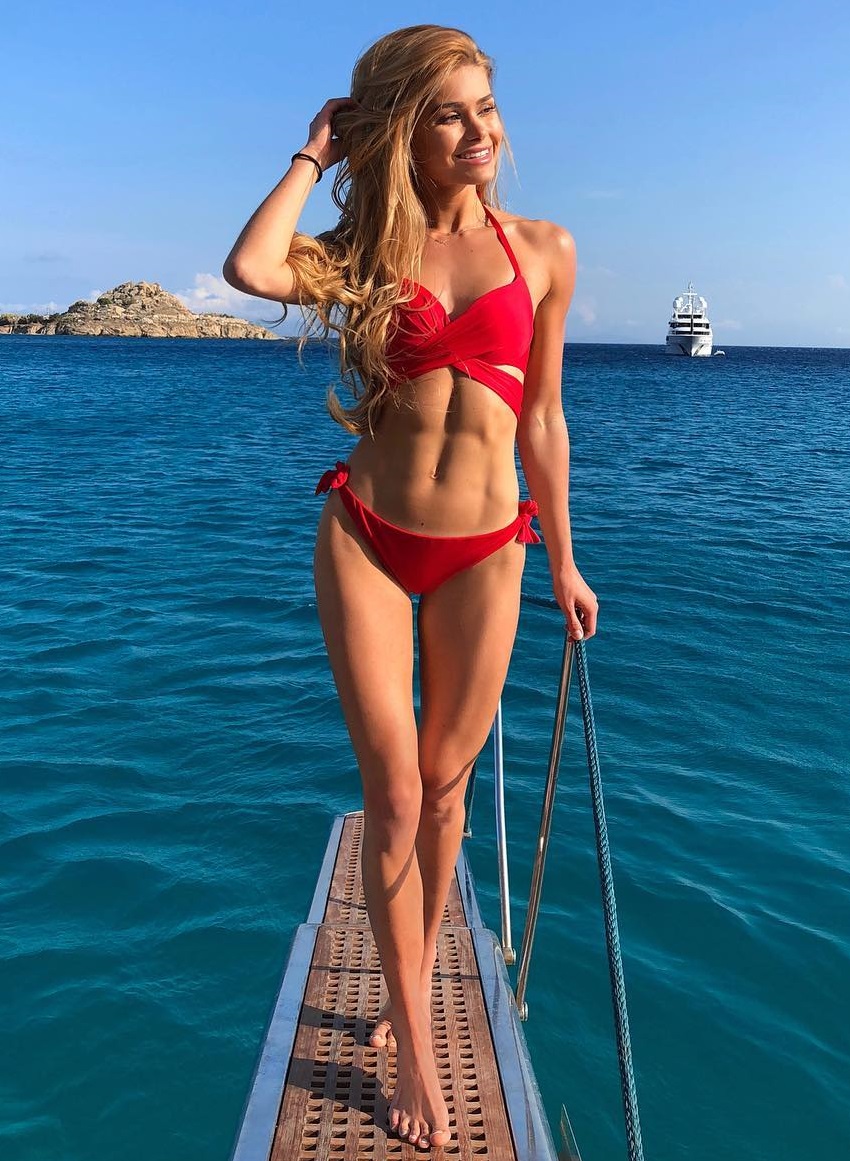 Pamela can be seen training in her online videos. She demonstrates various exercises, from body-weight workouts, group training, to heavy and intense weightlifting sessions.

She incorporates a lot of strength training in her routine – this is what makes her muscles grow. In terms of cardio, Pamela does it only on occasions where she wants to lose excess weight. 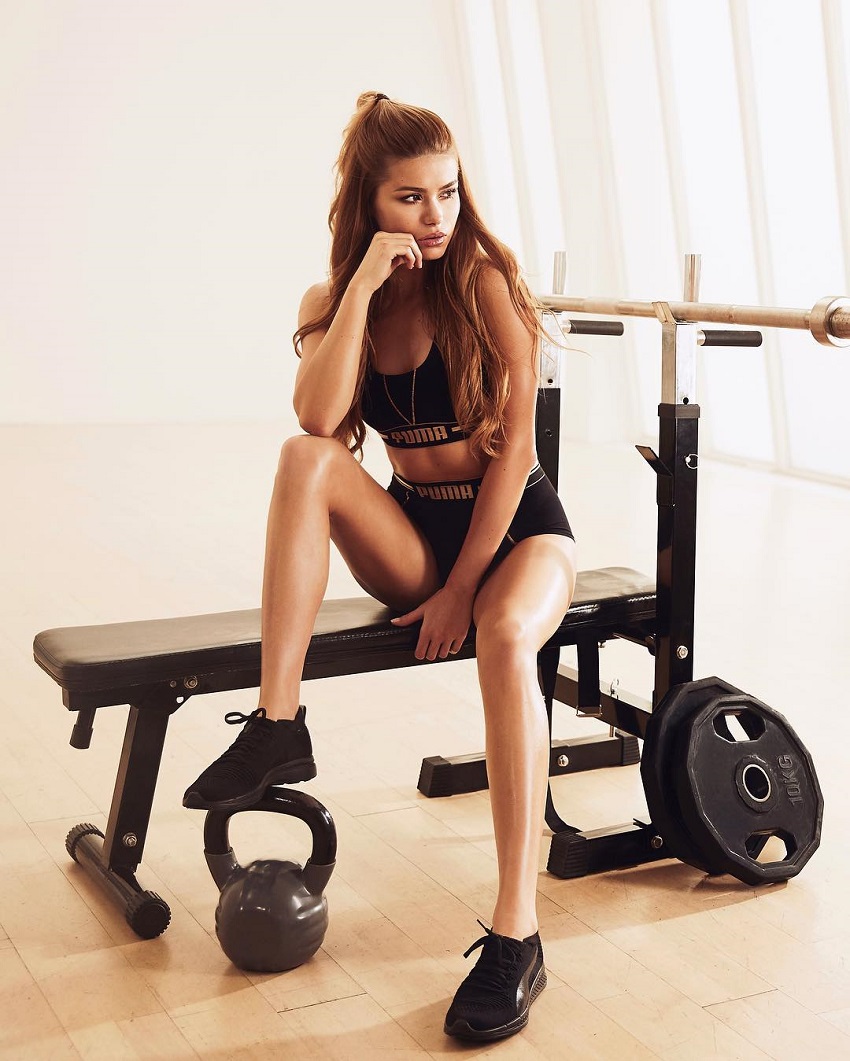 A Change in Her Diet

Over the years, Pamela’s diet has changed drastically. While she always focused on eating healthy foods, Pamela didn’t consume enough calories during the early stages of her fitness journey. Because of this, her progress in the gym suffered.

Once she added calorie-dense foods to her diet, Pamela saw the biggest changes in her physique. She said; “I started eating a lot of healthy food and got more knowledge about a proper nutrition, macronutrients, calories and of course I learned how to cook healthy and delicious meals. 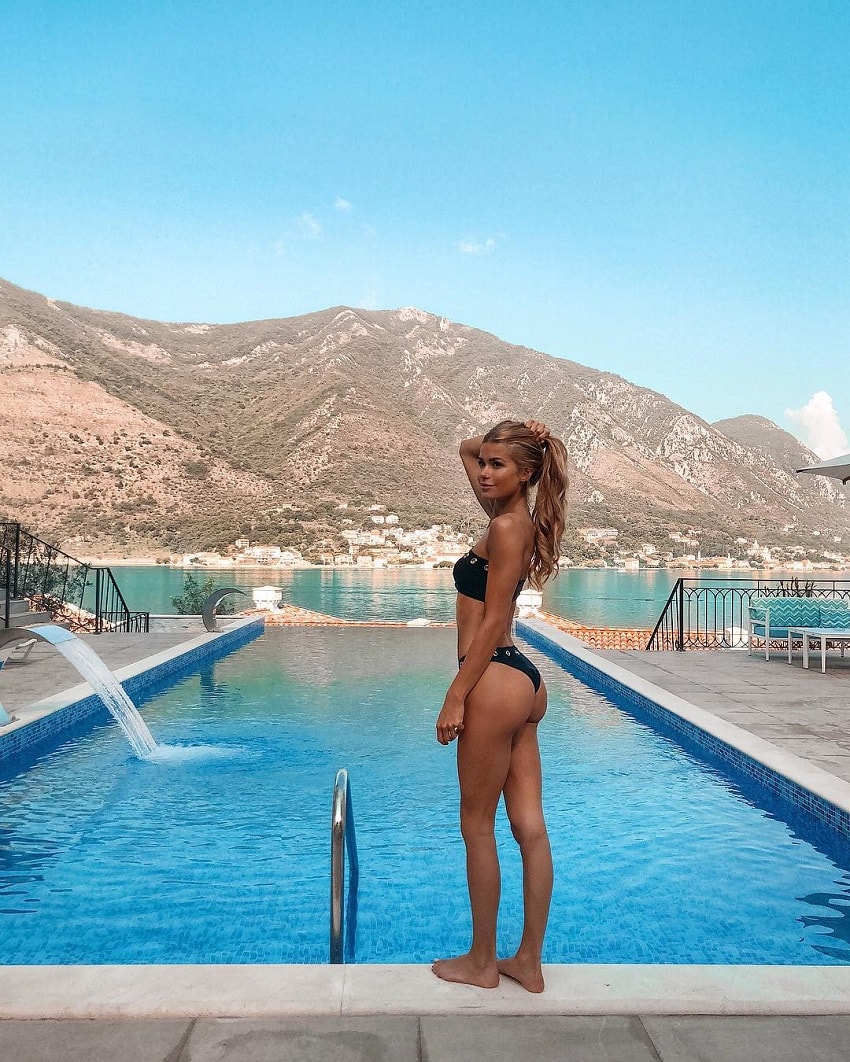 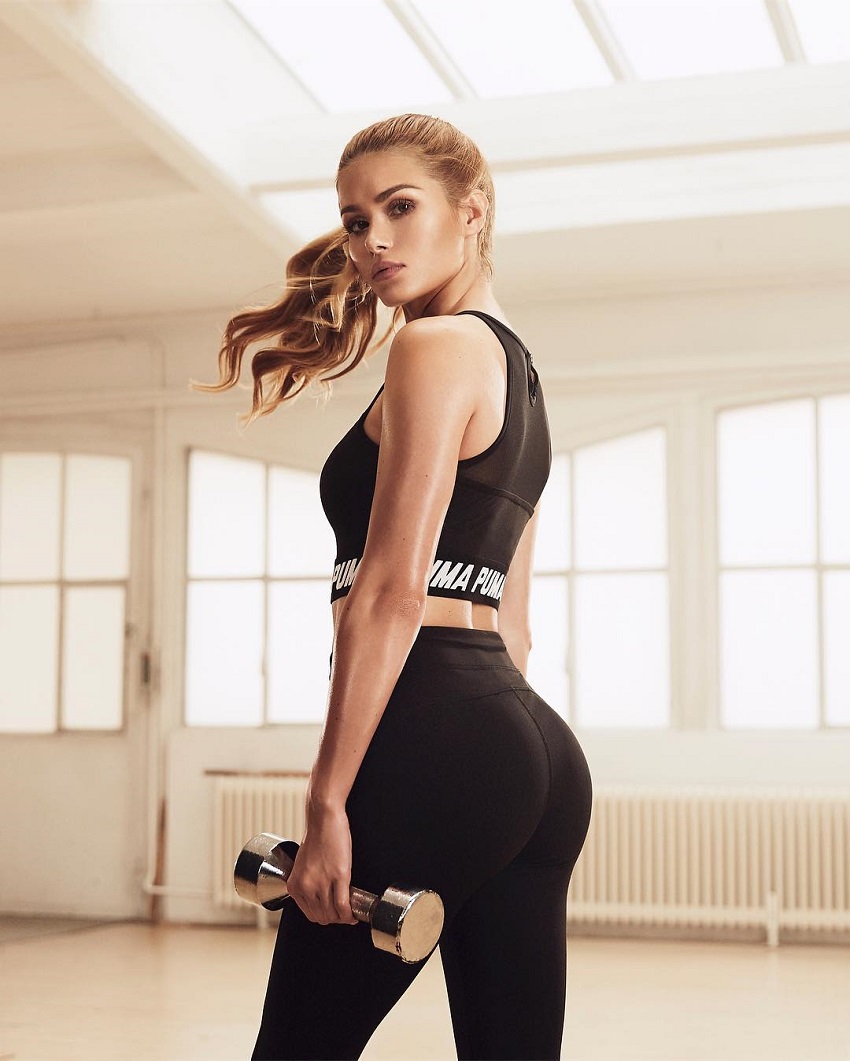 What we can learn from Pamela Reif

Pamela Reif has shown us how training and diet go hand in hand when it comes to reaching your fitness goals.

Initially, Pamela didn’t follow the correct training and nutrition plan. Because of this, her results in the gym stagnated.

It wasn’t until she incorporated serious weight training into her routine, along with adding more calories to her diet, when her physique improved the most.

If there’s one lesson to be learned from Pamela, it’s to focus on all aspects of your fitness journey, not just one.

Me love her long time

She is so beautiful!!

I really love her..
Pamela Workout..
1.Full body
2.leg workout
3.booty workout
4.abbs workout
5.sweet workout
6.muffin tops workout..
( I DO EVERY SINGLE DAY)
Many people can’t do it Pamela Workout but for me.. I really love burn and kill my body for this workouts…
I am athletes for run long distance in my college.. And i want to more challenge in my life..
Thank you Pamela Reif.. You are my idol..

Love your workout videos for beginners. I’m 66 yrs and need to work on my core strength. I’ve been diag. with SCA6 and think your workouts would be great for me. How many times a day , a week should I be doing the workouts. I think starting slow and work-up right.
Thanks Doug