Oksana Grishina is a natural-born athlete. She became a high-level gymnast at the age of 10, pursuing a career in the sport.

However, her passion for fitness grew while she studied Physical Training and Sports at university – where she was encouraged to begin weight lifting.

Since then, she’s earned 3 Ms. Olympia trophies and become one of the most recognizable figures in the fitness industry. But it wasn’t always easy for Oksana – her family moved a lot during her childhood. 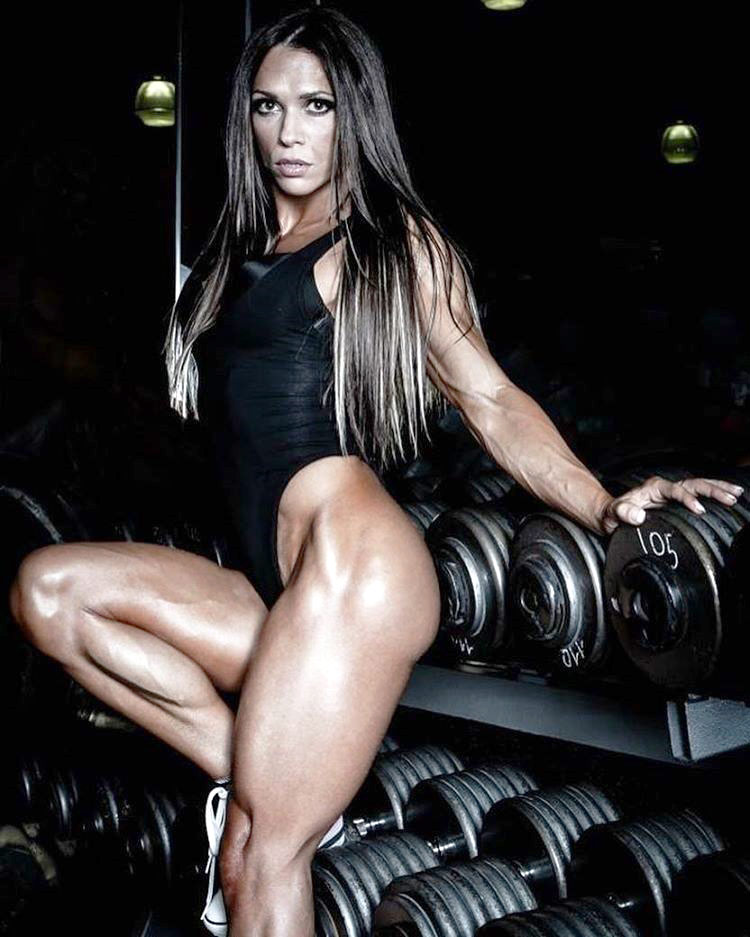 “I am motivated by my results, when I see changes in my body.” 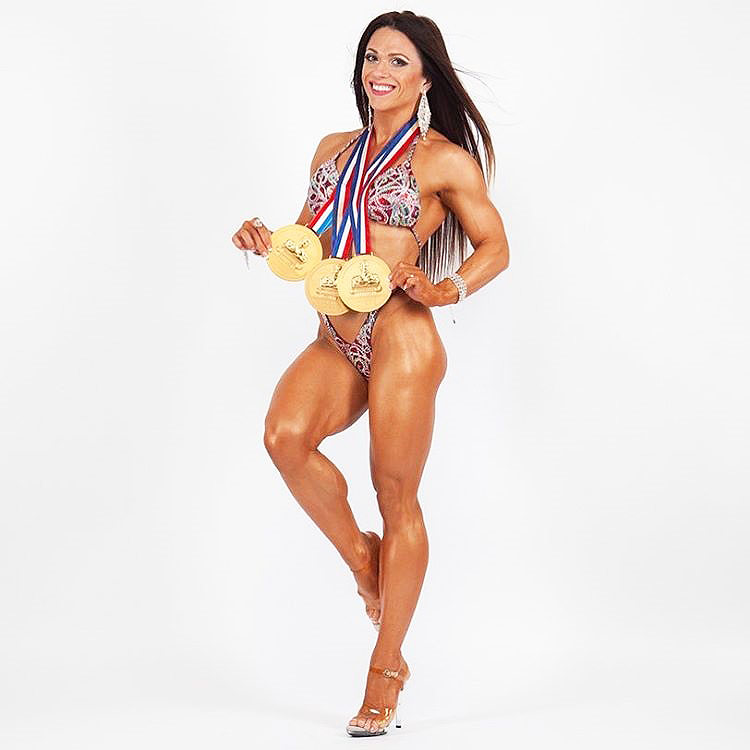 “It’s in my blood to compete, that’s who I am. I want to be remembered by what I’ve accomplished” 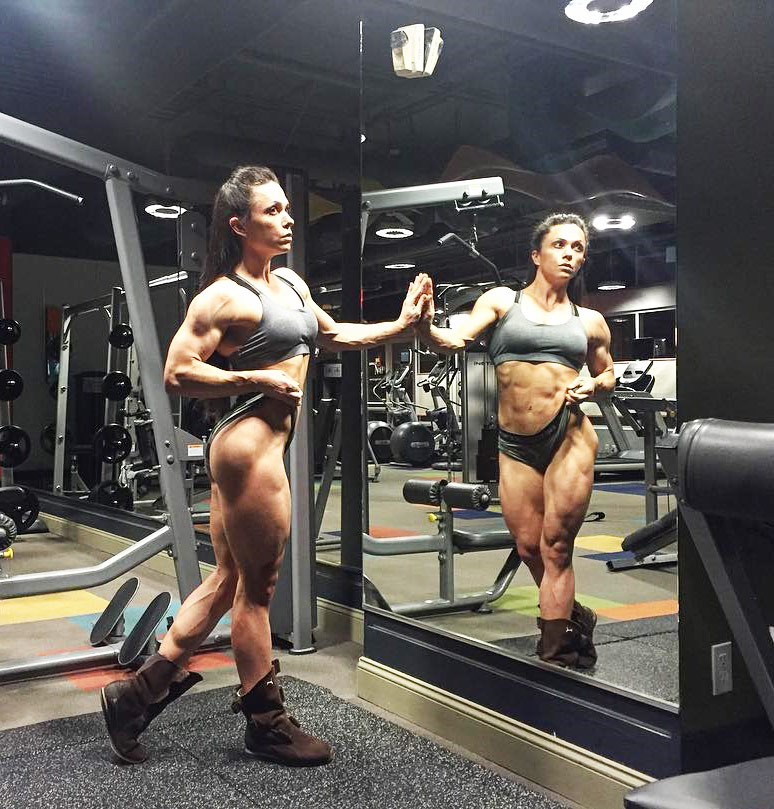 Born in Kaliningrad, Russia, Oksana grew up as a very athletic child. But she had a difficult early life – her family moved a lot, due to her father being in the military.

When her family moved to Latvia, Oksana began practising rhythmic gymnastics at 7-years-old. She quickly made progress, and A few months later, placed 3rd in her first gymnastics competition.

Oksana became very skilled in rhythmic gymnastics. By the age of 10, in 1988, she’d fallen in-love with the sport.

However, at this point, her family faced a dilemma – her father was told to return to Russia in the military, but there were no gymnastics classes in the city.

Oksana’s gymnastics coach offered to take care of Oksana in Latvia, but her parents didn’t want to leave her. In the end, Oksana’s father switched military posts, so Oksana could continue practising gymnastics.

“This was a huge sacrifice for my family, because the government would not provide housing for us.  I was able to pursue my gymnastics in Kaliningrad, but we changed apartments often and I moved from school to school.” 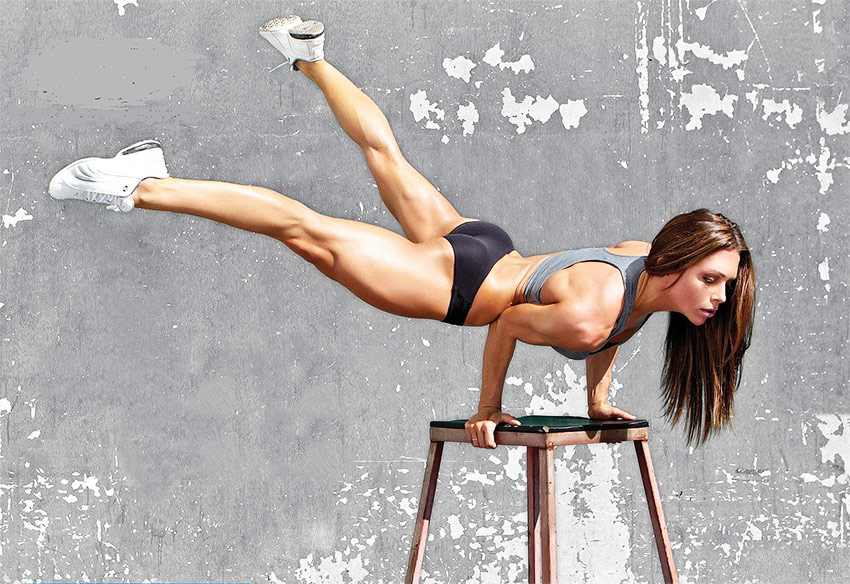 Over the next 12 years, Oksana dedicated her life to gymnastics – spending countless hours travelling between school and sport classes.

After graduating from high school, she enrolled at Kaliningrad University at the age of 22, in 2000  – to study Physical Training and Sports in a specialist degree.

Oksana spent the next 3 years becoming increasingly interested by fitness – but she soon realized there were no gyms in Kaliningrad.

In her last year of university, a gym opened in Kaliningrad – Oksana’s friend encouraged her to apply for a job there.

Oksana took the advice, and started working as a fitness and aerobics instructor at the gym. During her time at the gym, her passion for fitness grew – after encouragement from other trainers, she began lifting weights. 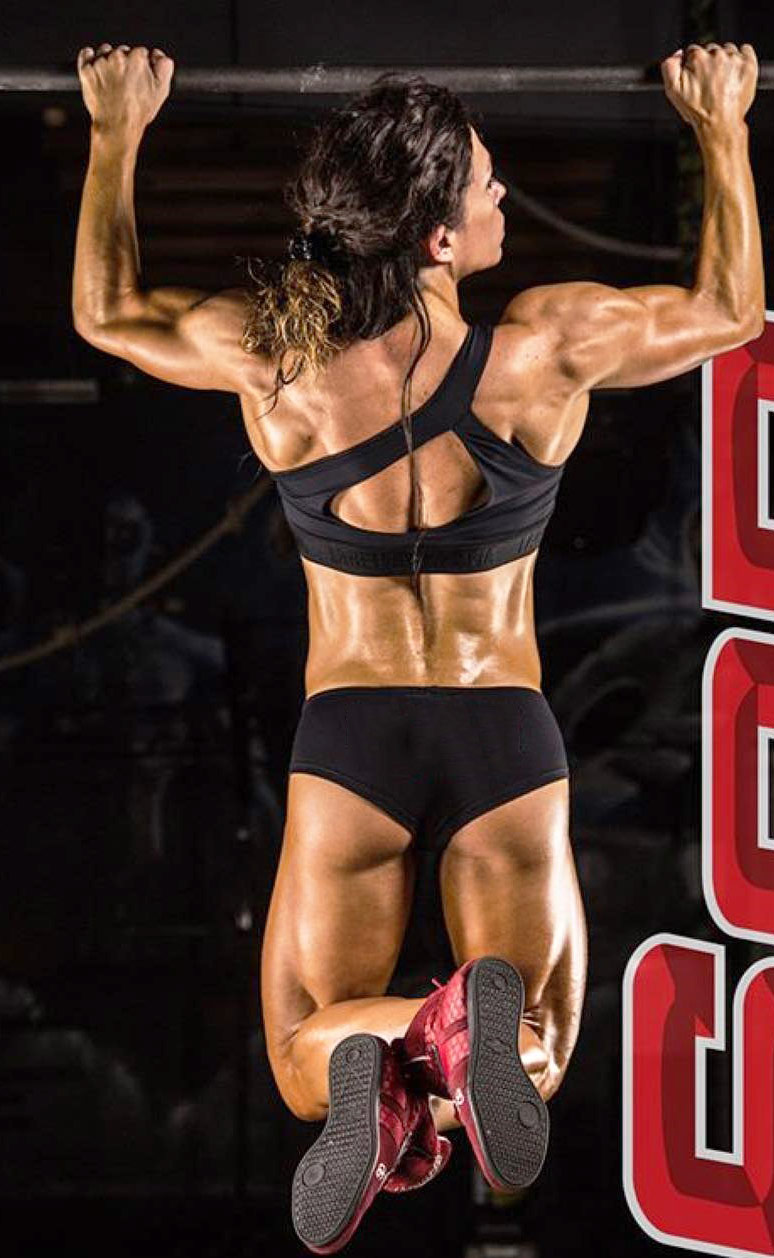 2 years after beginning training in the gym, Oksana had made serious progress on her physique. After further encouragement from trainers at her gym, she entered her first competition – the 2004 Russian Championship.

Her hard work paid off – impressively, she walked away with the trophy after being placed 1st. But that wasn’t all.

Oksana was also awarded with the overall title. At this point, she realized that she had a future as a fitness competitor – she set her sights on earning her Pro Card.

She became a well-known figure in the fitness industry, after taking home 2 silver medals in the prestigious IFBB Ms. Olympia shows.

However, her biggest success was yet to come. 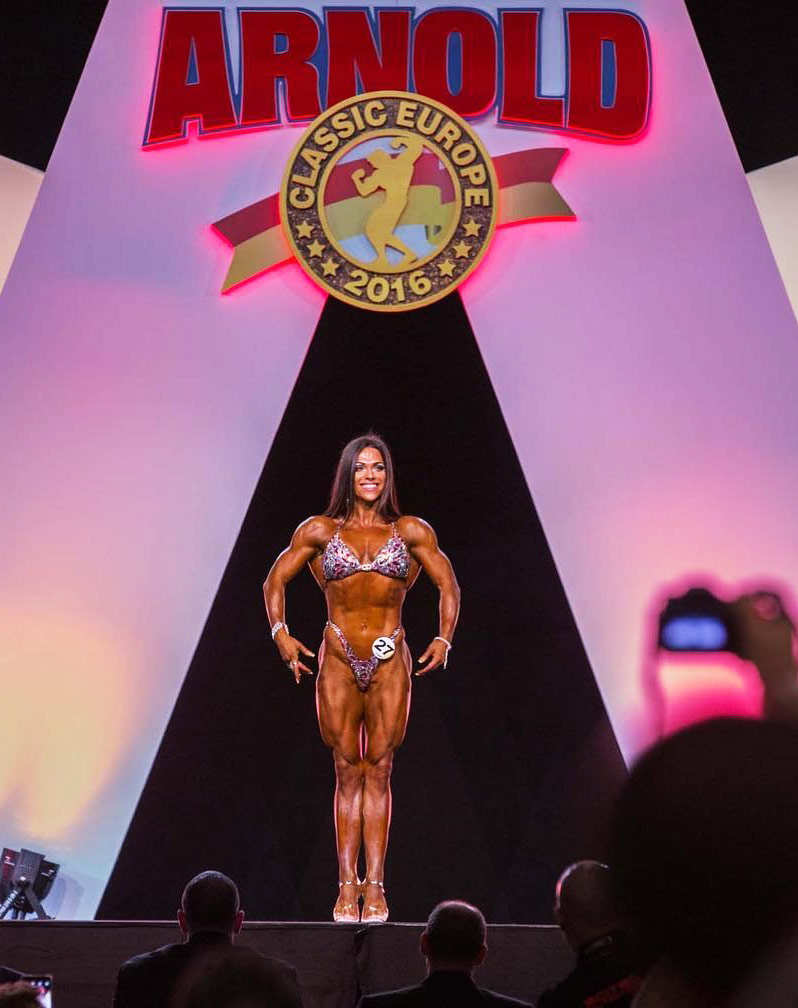 Oksana spent 2014 preparing for the Ms. Olympia through intense preparation. She was determined to earn a gold medal, after placing 2nd twice (in 2013 & 2014). 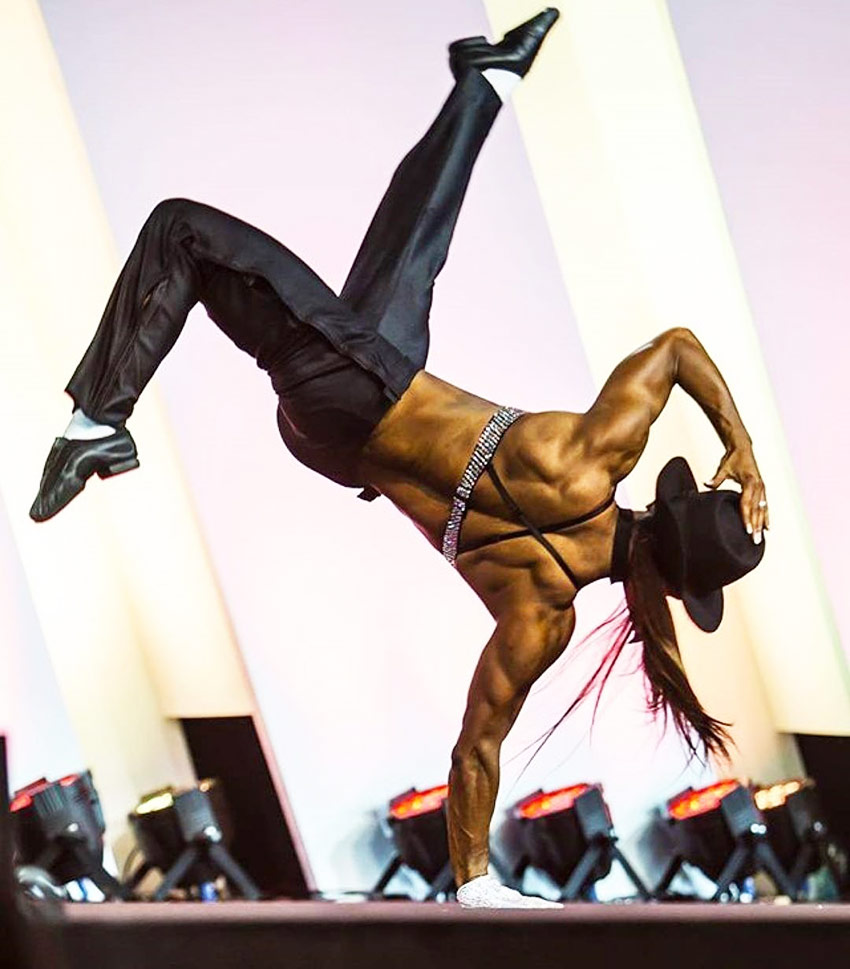 Oksana won every competition that she entered in 2015 and 2016, taking home 3 Arnold Classic titles. But she set a new career record after winning the Ms. Olympia 2 more times.

Oksana had made history, becoming one of the very few athletes that had earned 3 Ms. Olympia trophies – she’d successfully become a fitness icon. 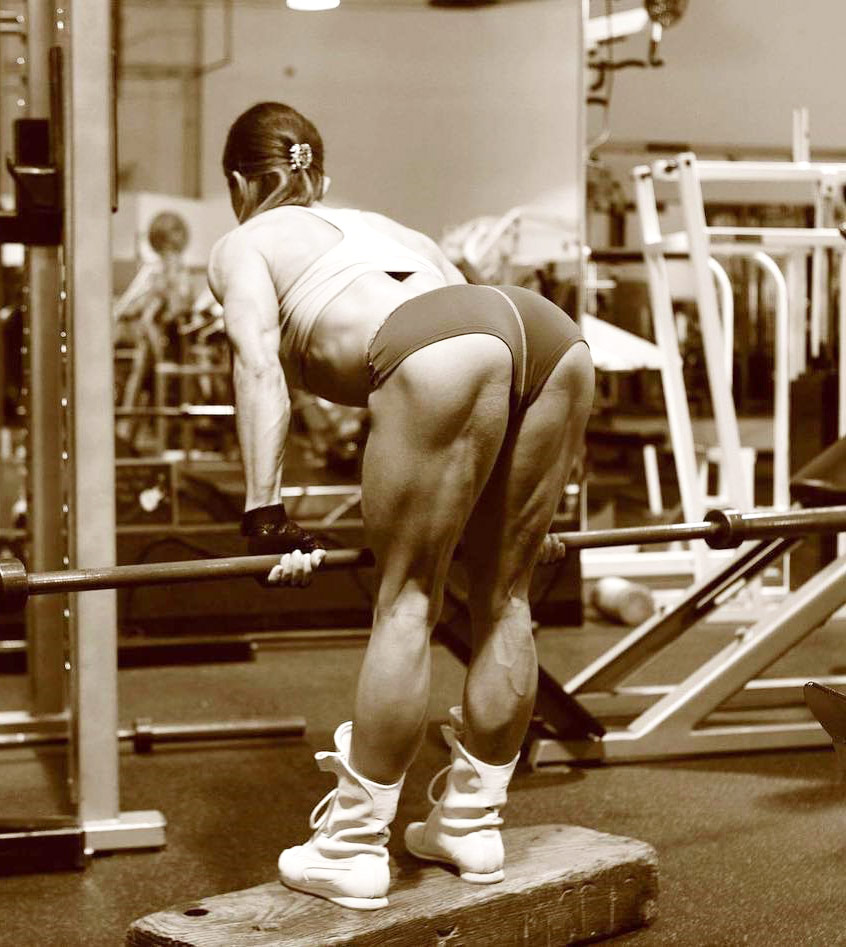 “I work out six days a week, while alternating gym and performance workouts through the week.”

Oksana trains in the gym, 6 times per week – to maintain and develop her figure. She performs cardio twice a day (before breakfast and in the evening). 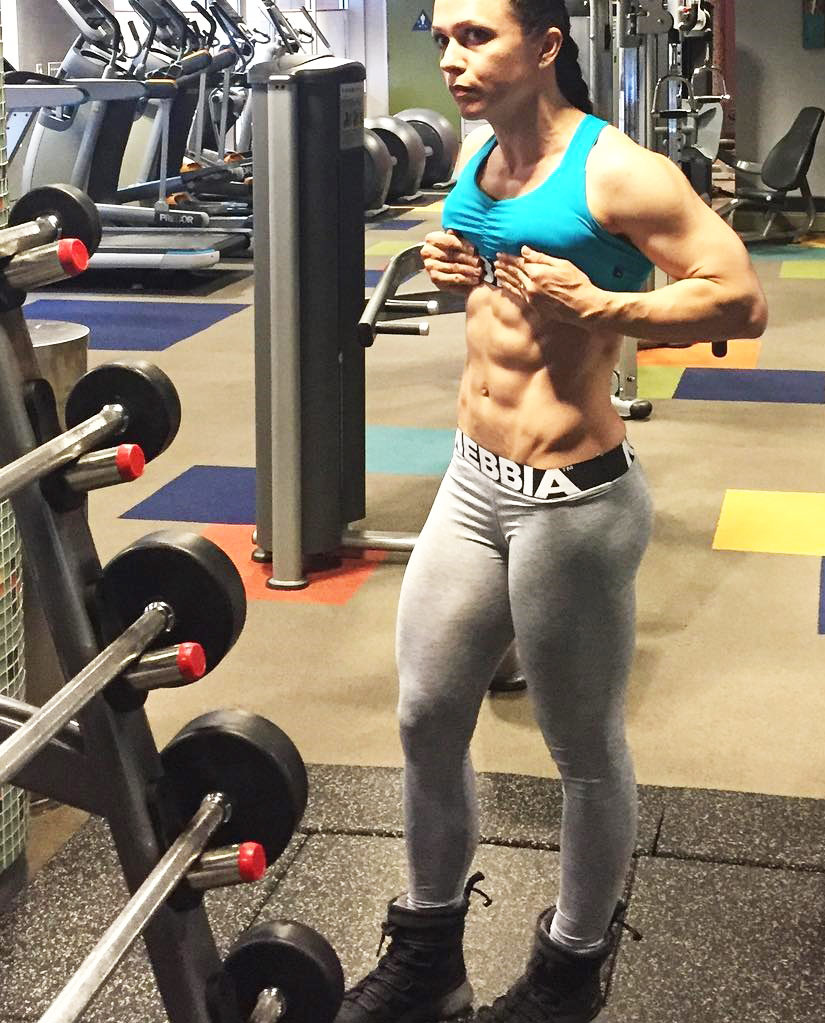 “People often ask me how I can eat 5-6 times a day. Honestly, I eat even more than 6 times a day, sometimes by splitting meals over 1-2 hours”

Oksana always aims to eat 5-6 meals per day, to keep her metabolism fired up – even eating more meals if she feels her body needs it.

This is her advice: “Keep your meals to small portions of healthy food, eat often so you’re satisfied, but never full or hungry. Train you stomach, as well as your body. Keep your meals smaller and keep consistent and your body will work more efficiently.” 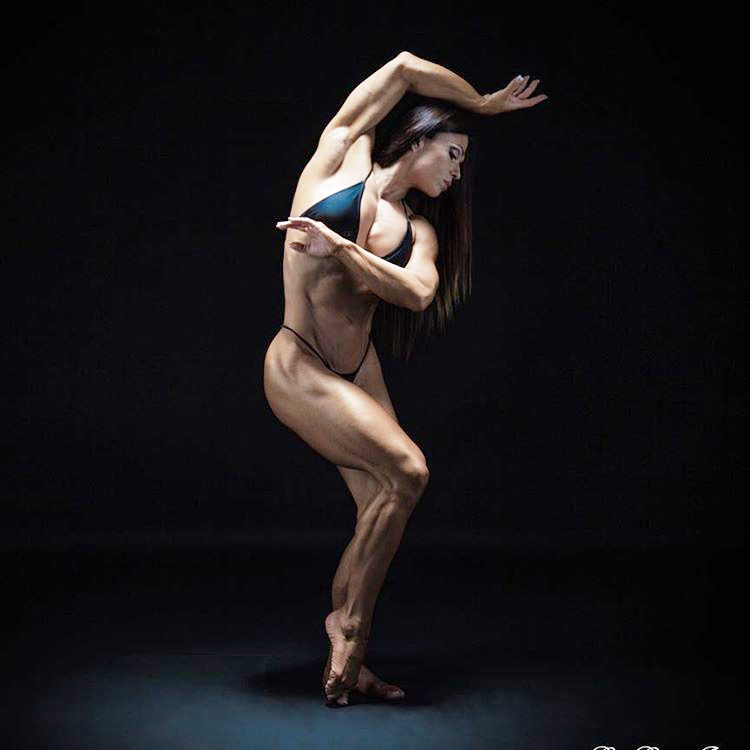 “Make a goal. Be brave and strong in pursuit of your goal.
Be a fighter for what you want and never give up”

Oksana names her family and friends as her main influences – they’ve always pushed her to succeed, and supported her ambitions.

But she states that her childhood spent competing in gymnastics is what’s given her the determination to succeed. 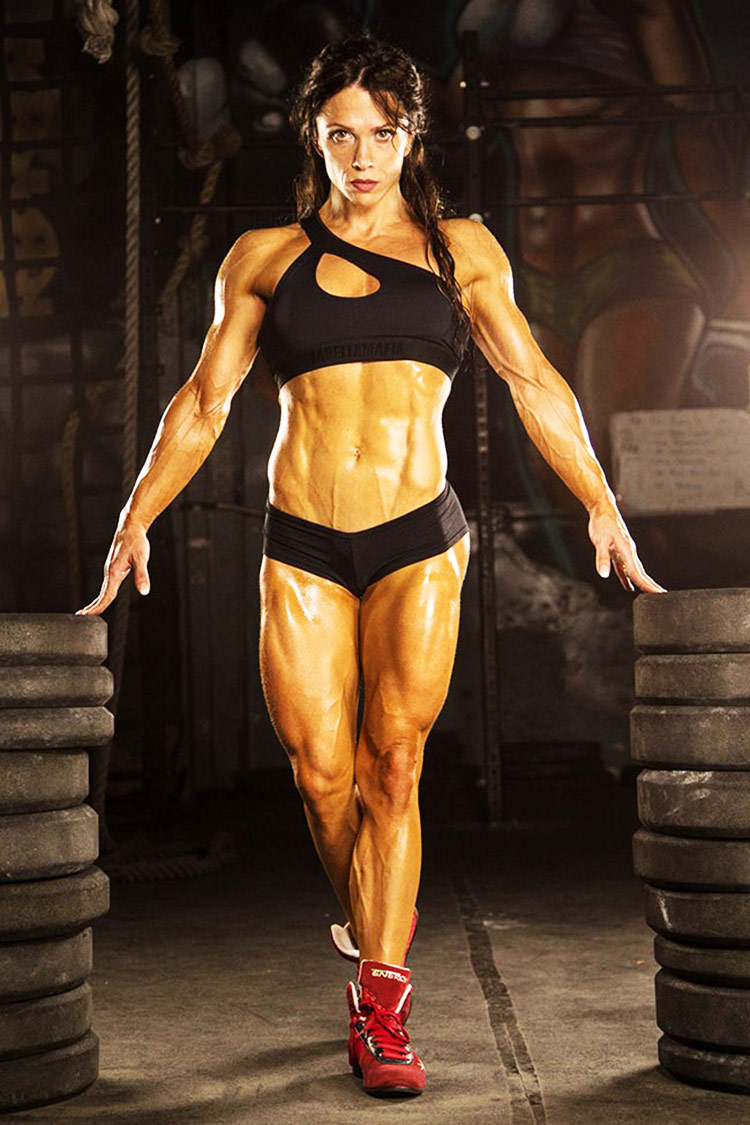 “Helping people to reach their goals, in fitness or in life, is what makes me most proud”

What we can learn from Oksana Grishina

Oksana has shown strong determination throughout her life. She was willing to stay in Latvia with her gymnastics coach, to pursue her ambition of becoming a professional gymnast.

She’s been disciplined throughout her life, working hard to realize her dream – you should learn from her work ethic and determination to succeed.

[…] favorite athlete is Oksana Grishina. Helga believes that Oksana’s body is a representation of extreme and hard work, and her […]

One of my very very very favorites in the fitness world! You are amazing!!!

Oksana, you are a marvel at what you do. I am not that into muscle building but I enjoy seeing you as you are. You are amazing and I hope your social life is not being hurt by your workout endeavors. I congratulate you on your recent marriage and I hope you are very happy with your choice. I would love to meet you some day in the future. At 42 years old that age is a problem for you to be child bearing but that is your business especially bearing the athlete you are. Bob