Born and raised in Huston, Texas, Nikki Blackketer was a normal child growing up. When she hit her late teenage years, Nikki started drinking alcohol on a regular basis, which slowly ruined her health.

She eventually quit drinking alcohol and decided to joined a gym in order to turn her life around. Ever since that moment, Nikki’s life changed dramatically, and after several years of dedication in the gym, she transformed her body, became a fitness model, and gained a lot of fame through social media. 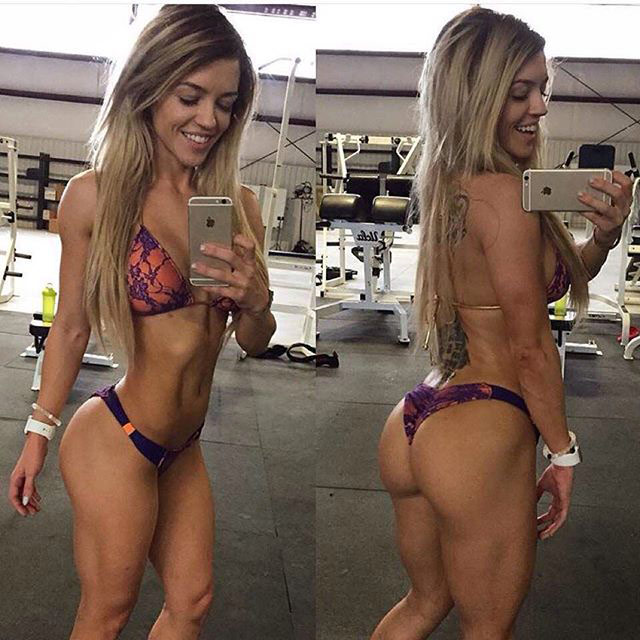 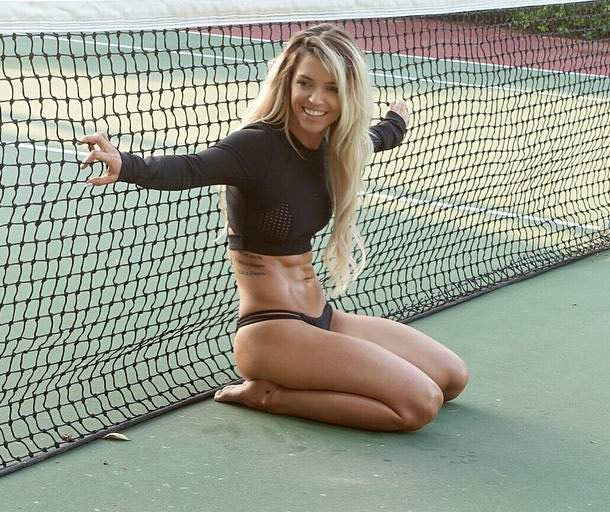 “I need you to remember to fight for what you believe in. Fight for the good even when you can’t find it in other people. Fight for your heart, because that’s all you can do. Our lives are so short, and the good is worth fighting for.”

As of 2016, Nikki Blackketter has participated in 2 bikini competitions, grown a massive social media following, and owns a personal training business.

She is also a fitness model and a sponsored athlete. 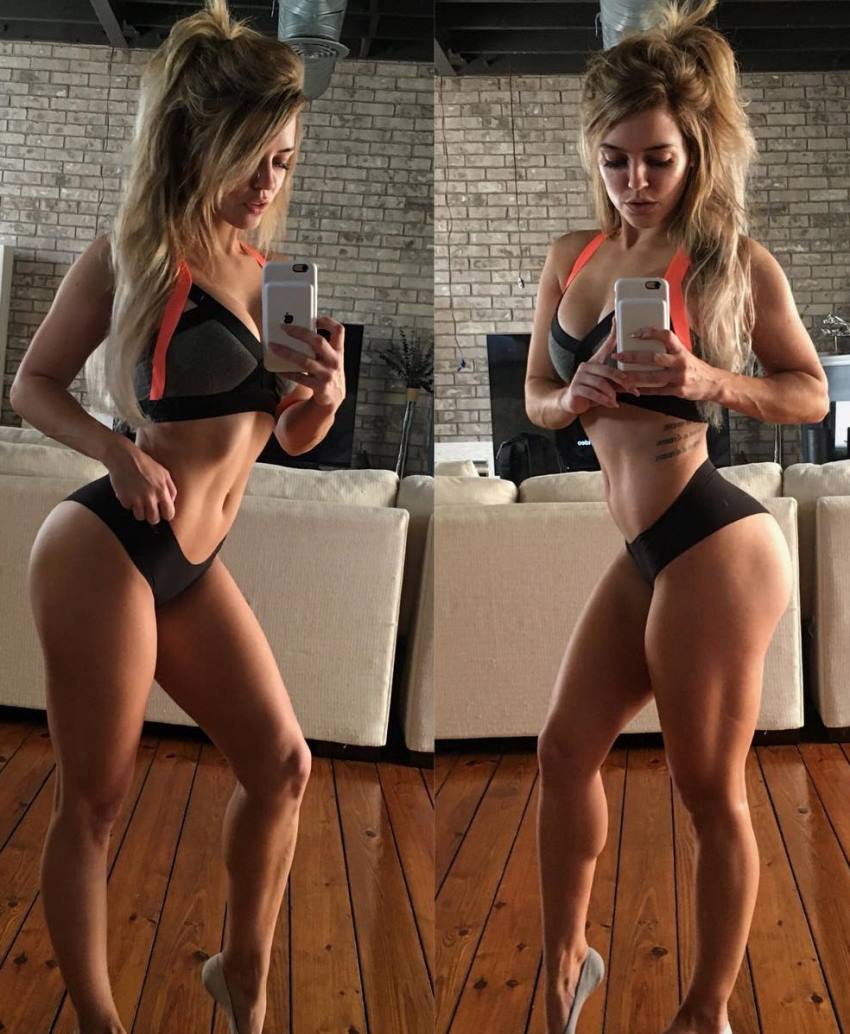 Nikki Blackketter was born as Michelle Blackketter on February 23, 1992, in Huston, Texas. She wasn’t an active child growing up, and had little interest in sports.

When she entered high school, Nikki started developing unhealthy habits. She would often eat fast food and sweets, which didn’t significantly affect her looks because of her fast metabolism.

It wasn’t until her senior year in high school that Nikki started to notice her body change for the worse. This was also the time she started drinking alcohol. At first, she would casually drink with her friends on weekends, but as the time went on, she became regular drinker, and would find herself going to the school with a hangover almost every day.

“I finally decided that I was tired of going to school every day with a hangover. I hated the way my body looked and felt.”

Nikki realized she had to change something about her partying problem if she was to keep her mental and physical health, as well as keep up with her grades.

During her teens, Nikki said she always thought about going to the gym, but was afraid to get “bulky” from lifting weights.

However, as her bad habits catched up to her, Nikki drastically realized she needed to change something, and the weight-room was a perfect solution.

She started working out with lighter weights, and would do a lot of cardio, but as she got more confident, Nikki started training with high volume and heavy weights. It was at that point that she noticed progress in her physique.

Needless to say, Nikki became obsessed with exercising and completely forgot about her old partying lifestyle, as she said; “I became addicted to lifting weights, and I haven’t looked back since!” 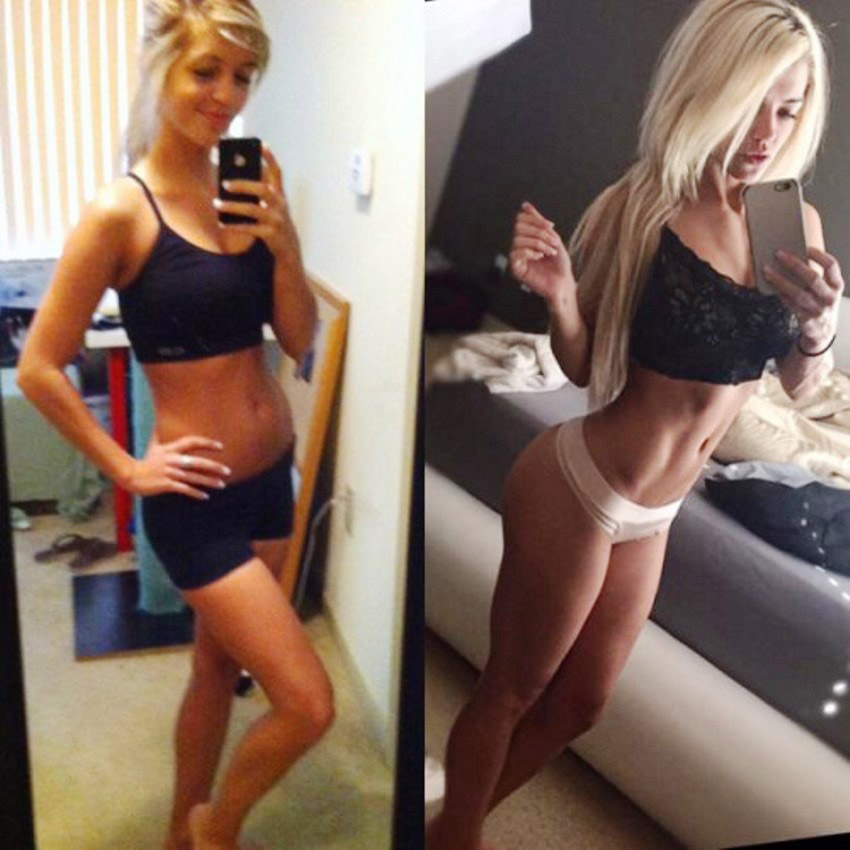 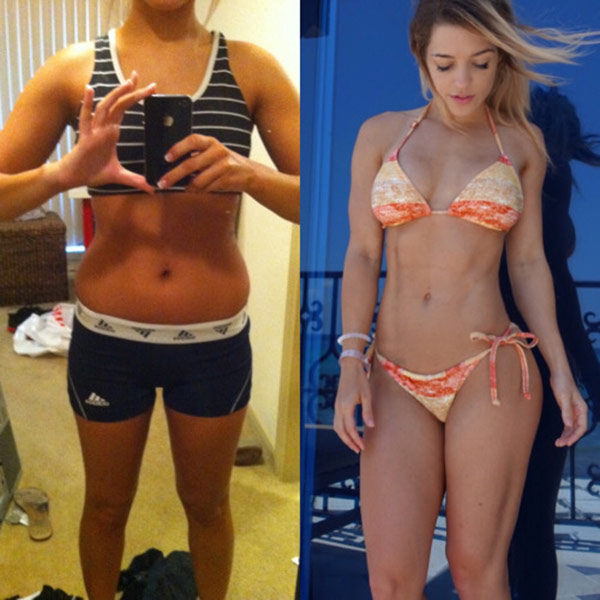 Nikki before and after 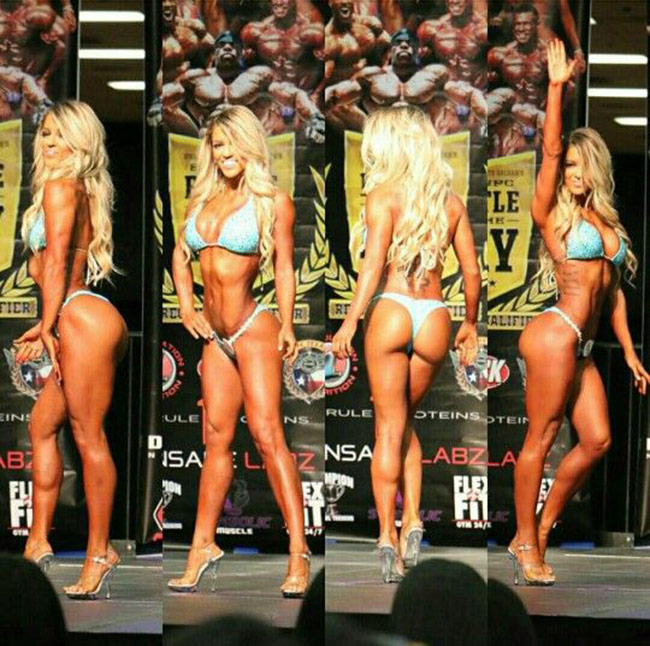 By the time she was 21, Nikki had already gained a lot of experience in lifting weights. During that time, she also started to watch her diet and that’s when she noticed even bigger changes in her figure.

After several months of dieting and hard work in the gym, several friends encouraged Nikki to try competing in a bikini show. Nikki always liked the thought of stepping on the stage, so she decided to try it. After her first bikini competition was over, Nikki said it was an amazing feeling and she wanted to do it again.

In the meantime, the aspiring fitness model also created her social media profiles where she would post pictures of her physique she sculpted over the years, along with motivational quotes.

Her activity on social media attracted a lot of attention, and Nikki found herself with a huge amount of fans requesting fitness advice from her.

Since her first steps into the fitness world, Nikki has become a well known known fitness model and a bikini competitor.

Due to the amount of requests for fitness advice she received, Nikki decided to start her personal training business. Since then she’s helped women around the world transform their lives.

Nikki continues to inspire her fans daily, and is looking forward to new challenges that arise in the future. 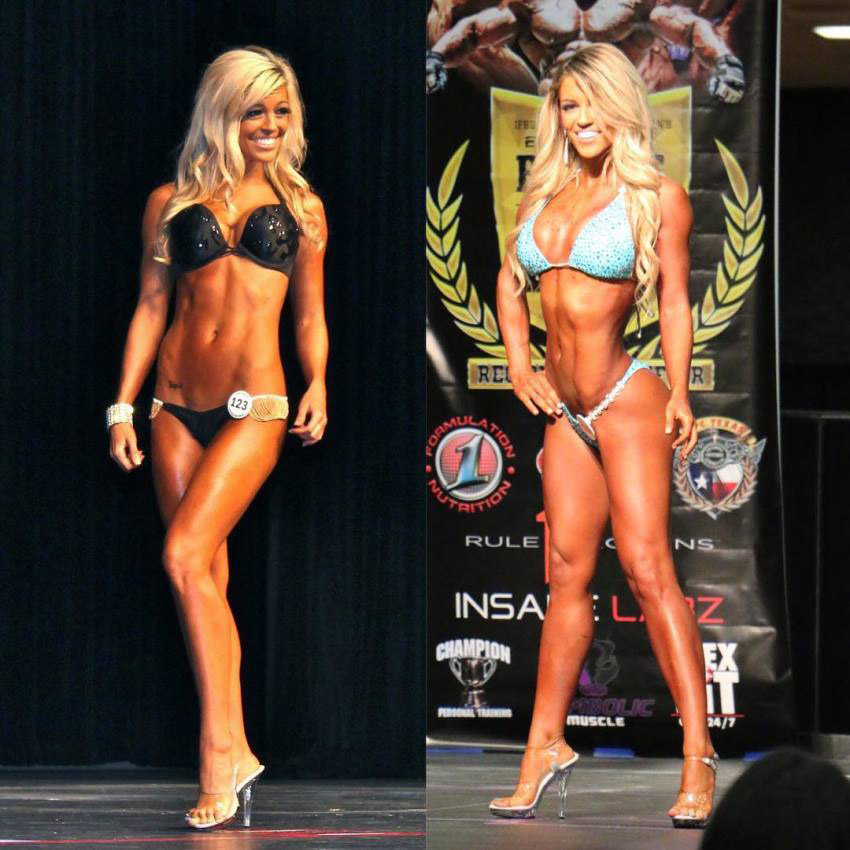 “Laughing until your abs ache is my favorite exercise.”

For the better part of her fitness journey, Nikki has always preferred doing 5 day splits consisting of 2 upper body days and 3 leg days.

According to her, focusing on compound movements is one of the best ways to build a solid foundation for beginners. Only after several months of training in the gym, she went on to do isolation exercises.

When it comes to cardio, Nikki says she does it whenever she feels she needs it. Otherwise, she likes doing plyometrics because it keeps her heart rate up. In case she needs to cut down really fast, Nikki will do a lot of High Intensity Interval Training, which consists of either sprinting or using the Stairmaster.

This is what a week’s workout usually looks like for Nikki: 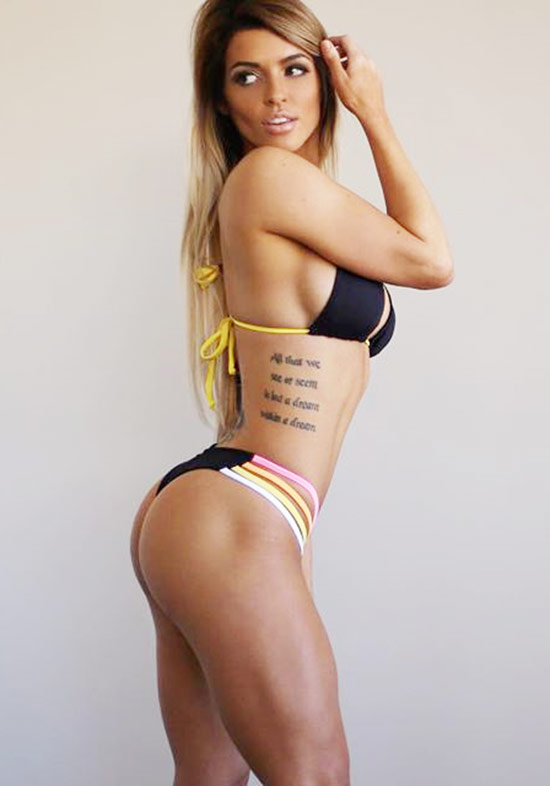 “Since day one I’ve been recording my journey on social media and quite honestly I don’t want to let anyone down. I want to be a positive and healthy role model for girls to look up to.”

Nikki is an advocate of an IFFYM diet, which is an acronym for “If It Fits Your Macros”. The diet allows Nikki to eat mostly whatever she wants, as long as it is fits her daily macro-nutrient plan.

She says it’s one of the best thing she could do for herself, as she feels that dieting shouldn’t be a stressful matter.

Nikki’s favorite meal of the day is breakfast, and he favorite foods are eggs, bacon, oatmeal, waffles, and hash browns.

Nikki’s diet varies greatly, but a usual day of eating looks like this for Nikki.

Nikki isn’t a big fan of supplements; the only 2 she uses on a daily basis are Vitamin C and Biotin. Occasionally, she takes BCAA’s or a per-workout if she fells it’s necessary.

Inspired to reach your maximum potential like Nikki? Read our comprehensive guide on how fat burner supplements can really up your game! 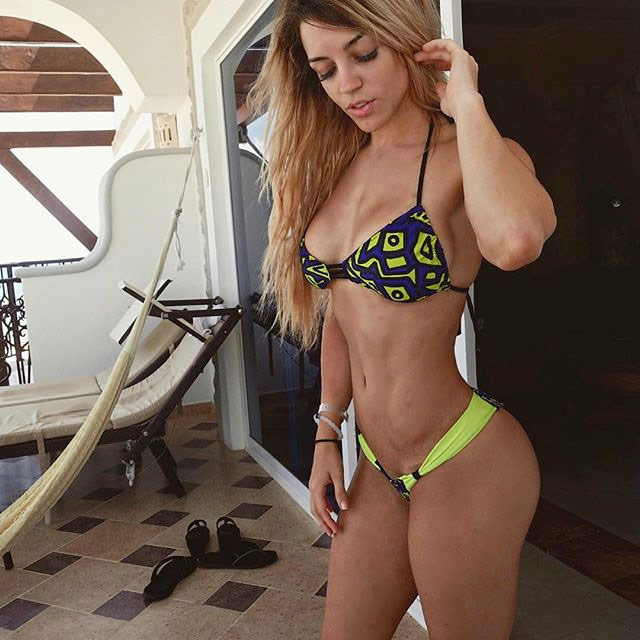 “A goal is a dream with a deadline.”

Nikki said she didn’t have any inspirations in the fitness community growing up, but after she quit her drinking habits and started working out, she saw some amazing people who inspired her, one of them being Jamie Easton. 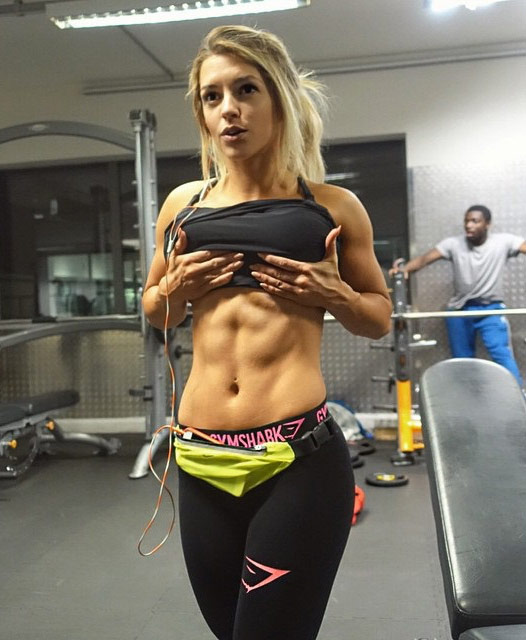 What we can learn from Nikki Blackketter

Living a life of unhealthy habits was something Nikki became all too familiar with throughout college. Drinking, fast food, and a diet high in sugar took its toll on Nikki’s body. However, she found the strength to quit her bad habits and dedicate her life to fitness, ever since that moment, she’s never looked back.

If we can learn anything from Nikki, it’s to quit the bad habits one step at a time and focus on our health. If you follow the same path as Nikki’s, you too can see amazing results.

Thanks Irma! We have updated the profile, thanks again for all of your help! Greatest Physiques always appreciates updates and comments to keep the profiles up to date.

Many thanks!
Greatest Physiques

https://www.youtube.com/watch?v=JIDtux9XFMw
measurements are wrong
hers are 36-25-36

Thanks for pointing this out. We’ve amended the article!

She was born in Houston TX. Not Huston.

[…] glutes which are her favorite part of her body – she has shared her entire workout routine on the greatestphysiques.com […]