Minna Pajulahti is a Finnish powerlifter, coach, fitness athlete, and international bodybuilding judge. Her success on the fitness stage has seen her become one of the top Finnish fitness competitors. However, that’s not the only feat Minna is known for.

She also holds the world record in powerlifting with a total of 1168lbs lifted. What’s more, Minna achieved this in the raw category, meaning she didn’t use any extra equipment to achieve her result.

As an IFBB Pro, Minna has competed in elite shows around the world. Including the famous 2011 Arnold Classic. She’s been in the competitive circuit ever since 2000 and is still going strong – setting the benchmark for other athletes around the world. 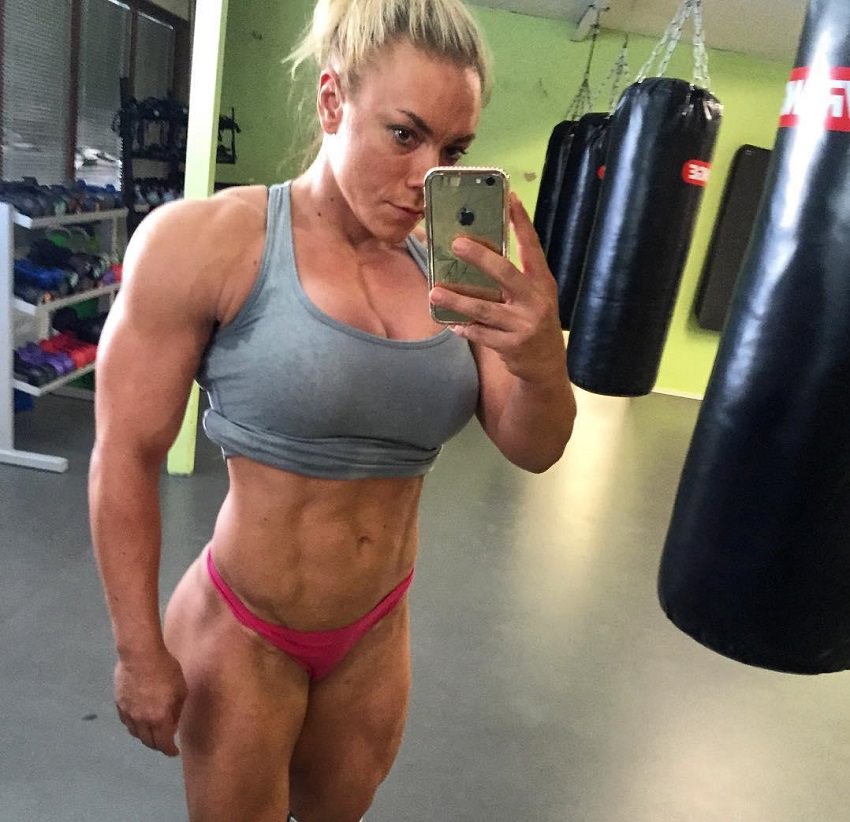 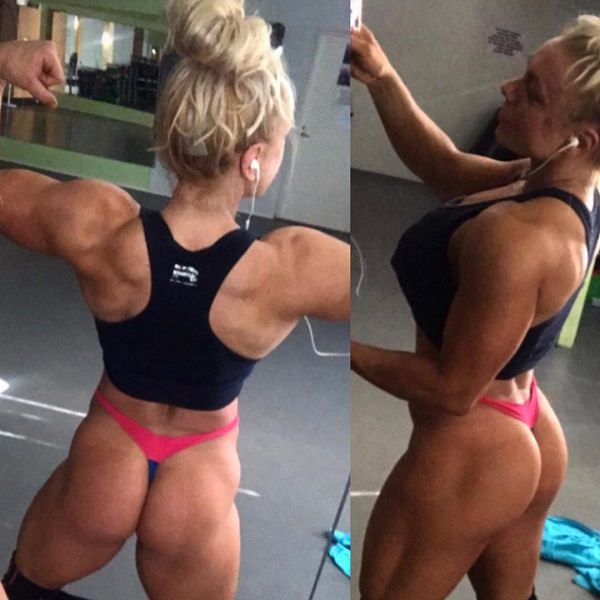 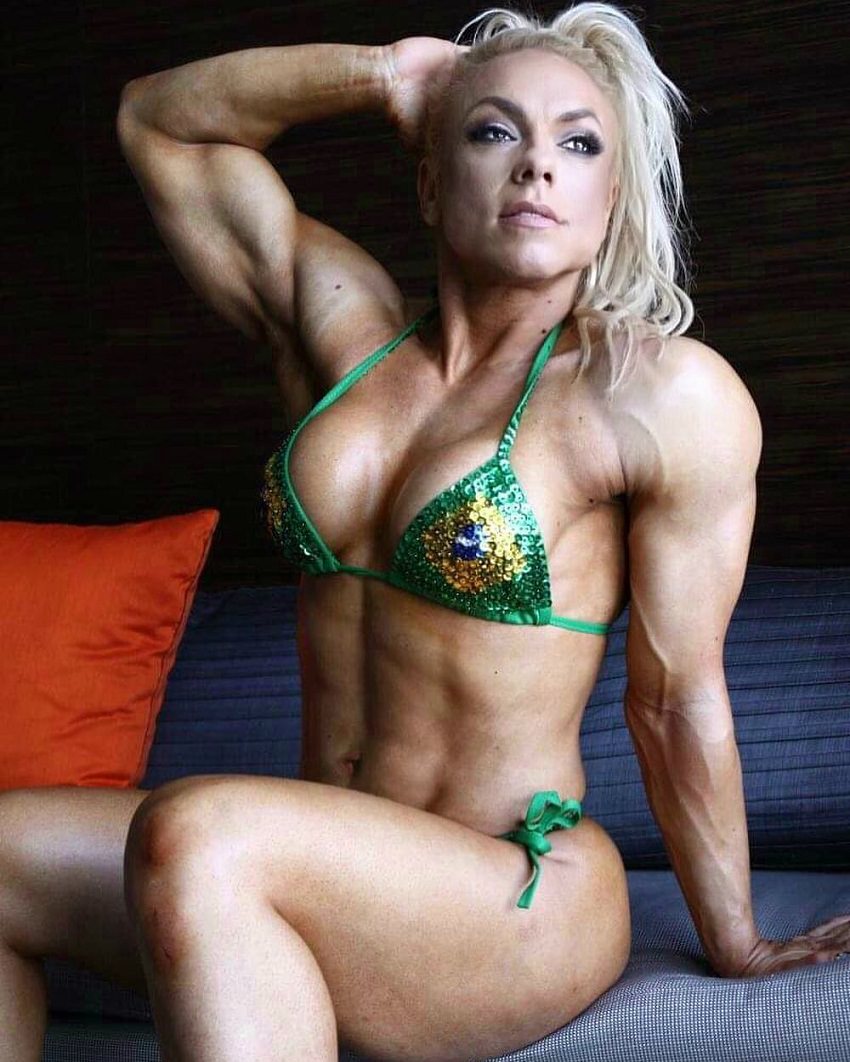 Born and raised in Finland, Minna Pajulahti took on gymnastics at the age of seven.

She went on to develop admirable skills in the discipline and was soon recognized for her abilities. Before long, she earned a place in the Finnish National gymnastics team.

Minna continued to compete on and off in gymnastics for almost ten years. During this period, she toured the country taking part in various events.

By the age of 14, Minna’s interests in sports developed even further. It was around this time that she became interested in cheerleading and decided to try it out for a change.

Just like with gymnastics, Minna went from leaps to bounds during her time as a cheerleader. Between 2005-2006 period, she and her team won the Finnish Championships in the dance class of cheerleaders. Subsequently, they became crowned the “Dream Team”.

Over the years, Minna continued to achieve great results in cheerleading. One of her best results was finishing in 2nd place at the Tokyo World Championships in Japan. 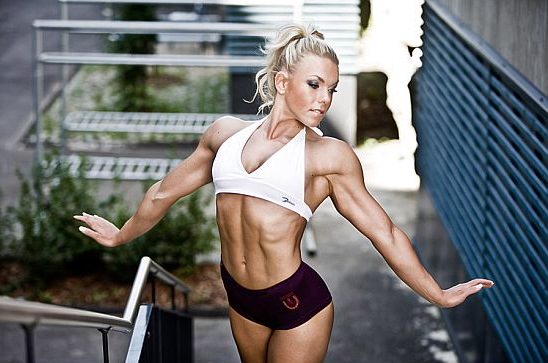 During her time as a cheerleader, Minna discovered her love for keeping fit and strong. It was this initial ‘spark’ that led her to join the gym for the first time. After just one workout, Minna was hooked.

She eventually decided to make a career switch to fitness. The year was 2000, and after a couple of months of training, Minna knew she wanted to step on the bodybuilding stage one day.

“I started weight training when I was 19 years old, after I had quit gymnastics. I wanted still to compete and practice routines and I had always admired muscular bodies so fitness was a good choice for me.”

As Minna trained, her body began improving drastically. Her abs became leaner, and her legs more toned. Noticing these improvements, Minna decided to take the plunge and start preparations for her first contest.

In order to arrive at the contest in her best possible version, Minna decided to find herself a coach. He helped her perfect all the little details in training and dieting – this helped Minna to maximize her progress.

Then, after several months of preparations, the show day came. Slightly nervous, but positive, Minna walked onto the stage in front of the judges and audience.

Here’s how she described her first competitive experience; “The first competition was exciting and I learned much about my body and nutrition. All and all it was a great experience and then I knew that I was going to do this for a long time.” – Minna Pajulahti 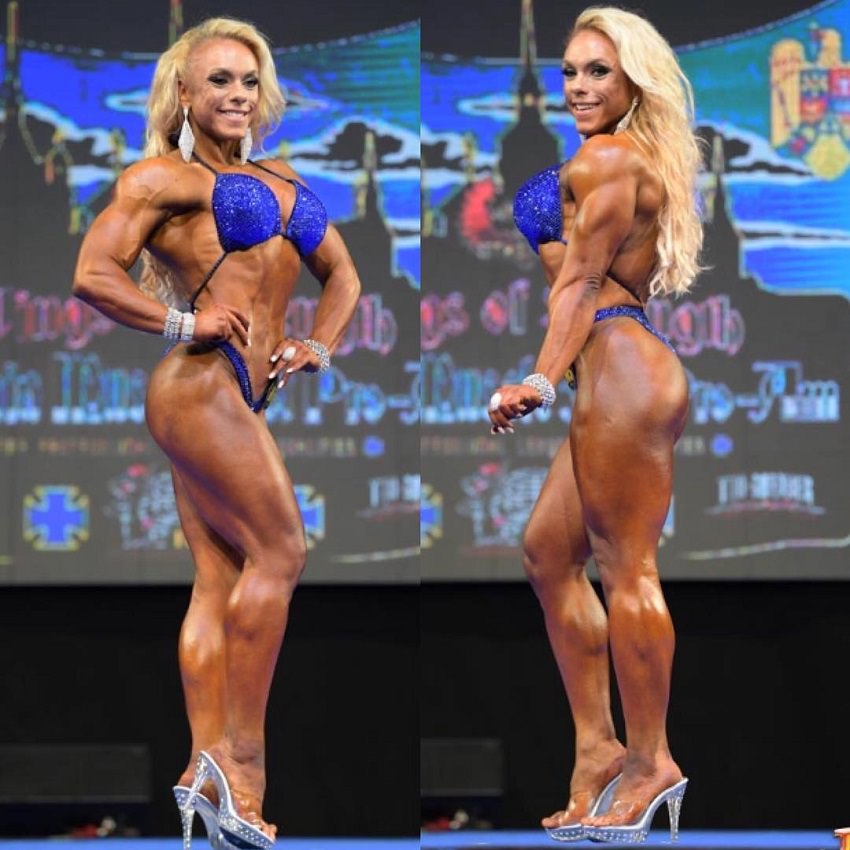 With the first contest under her belt, Minna confidently started preparations for her second show. Several months later, she stepped on the stage yet again.

But this time, she partook in a much bigger contest – the 2001 Finnish Junior Championships. Undeterred by this, Minna went on to claim the 1st place that day, wowing everyone in the audience.

After a string of successes on the stage, Minna decided to take a break from competing.

Instead, she devoted more time to improving her physique and conditioning. This way, she hoped to bring an even better version of herself to contests, and ultimately, win the world’s most elite shows. 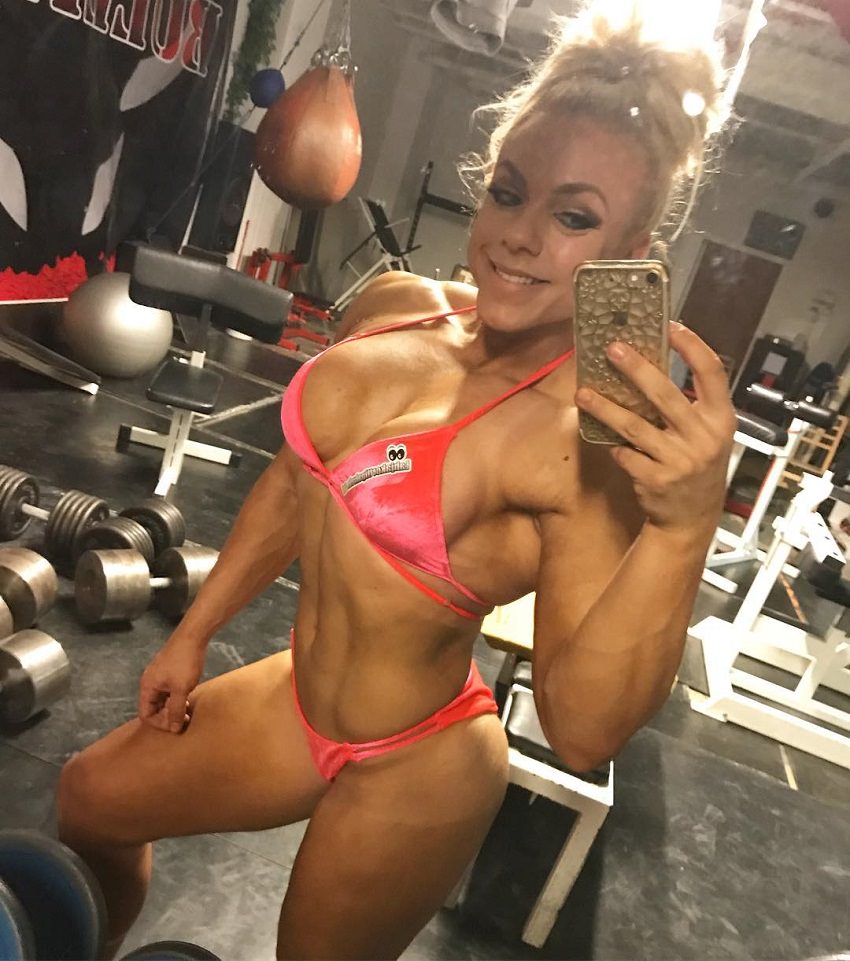 After a period of working hard on her physique, Minna was satisfied by the results. She was confident she could achieve a top spot yet again. But, things didn’t go according to her plan.

Minna’s next contest wasn’t nearly as successful as her previous ones. She said; “My diet wasn’t optimal and my body didn’t function the same way as it did before. I only managed to get to the final rounds.” – Minna Pajulahti

At first, Minna was disappointed by the result, due to the fact that she invested a lot of time into improving her physique the months prior to the contest.

A few days later though, she was back into the routine of training hard and preparing for the next show. Minna said; “I think that you can learn something from every competition you go to, and you just have to think how to turn your loss into a victory. This is a sport in which you can not always succeed. But when you do it tastes even sweeter.”

Over the years, both Minna’s physique and results on the stage improved. Eventually, she earned her Pro card and started competing in the IFBB Pro league.

Between 2014 and 2018, she took part in over 8 contests. Some of her most notable results from this period include;

Minna also competed at the 2016 Arnold Classic, against some of the top athletes in the world. She claimed 11th place that day. 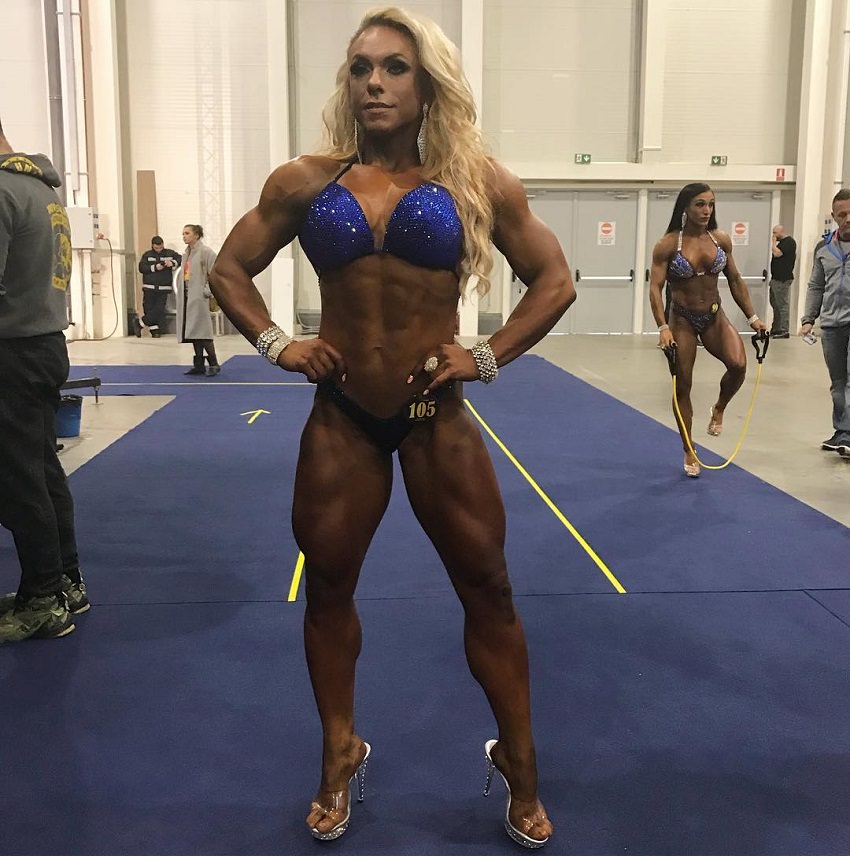 She holds the world record in powerlifting; at 1168lbs raw without any additional equipment.

Among all of this, Minna is also an influencer on social media, where she inspires a growing number of people to take on weight training and become their strongest versions – just like herself. 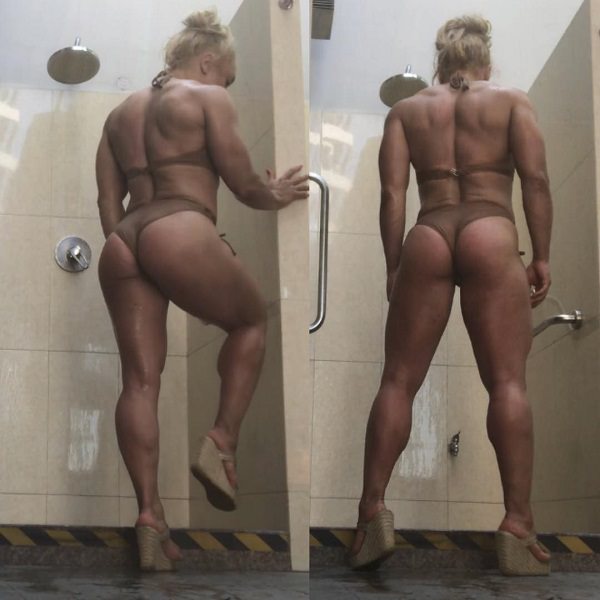 A Week of Training For Minna Pajulahti

Minna tries to train with weights five times per week. However, since she’s often on the move, things don’t always go as planned. If she doesn’t have the chance to go to the gym, Minna will improvise by either doing a body-weight workout at her apartment, or skipping training altogether. It all depends on how her schedule looks.

This is her typical workout plan for the week;

In terms of training specifics, Minna does 6 sets of 12 reps per exercise. She uses various techniques to increase the intensity of training, such as forced reps, drop sets, and supersets.

In the ‘off-season’, Minna tries to do as much cardio as her schedule allows. Specifically, she aims at having at least 3 cardio sessions per week.

When she’s on a diet, Minna will kick it into an even higher gear, doing cardio 4-5 times per week. She’ll also do it in a fasted state, typically in a morning, to induce a powerful fat loss effect. 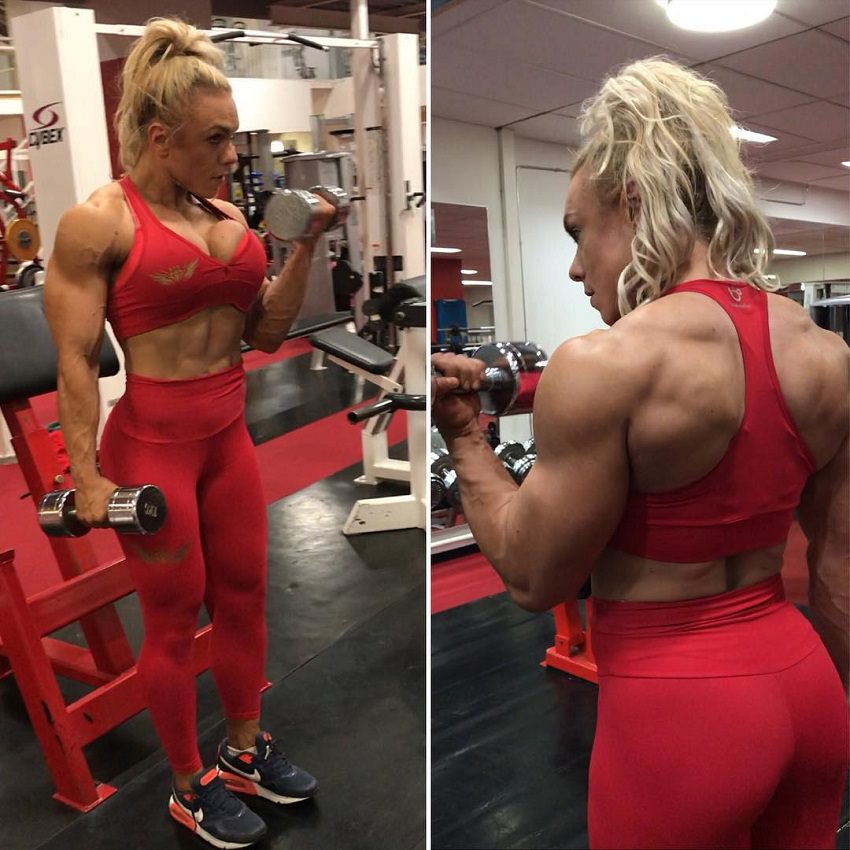 For the most part, Minna eats a clean diet. Her go-to foods include egg whites, protein shakes, and any type of poultry breast, with chicken being her favorite. She also allows sweet treats here and there.

However, when she’s preparing for a contest, sugars and processed foods are off limits for Minna. Throughout preparation, she’ll only eat lean proteins and good fats to reach a single-digit body fat percentage. 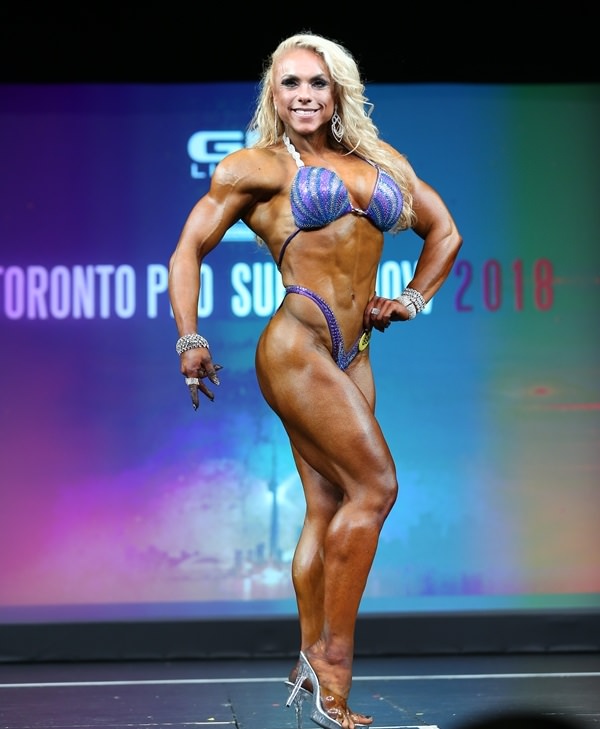 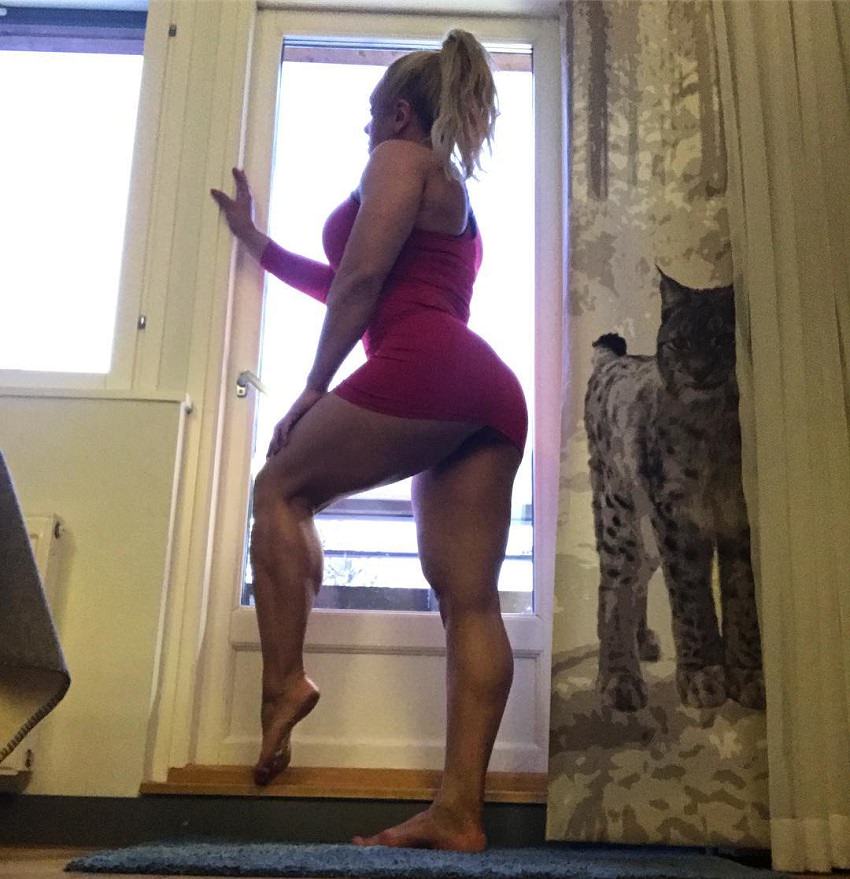 What we can learn from Minna Pajulahti

Some of the key lessons we can learn from Minna Pajulahti are; never settle for mediocrity, work hard for your fitness goals, and don’t be afraid to ‘cheat’ once in a while.

From Minna’s example, we can see she’s been involved in fitness for many years now – since 2000 to be precise. Being in the industry for so long didn’t happen by chance; Minna was passionate about her craft and it wasn’t hard for her to keep a strict diet and a training program for many years at the time.

That said, she knows when it’s time to kick back and enjoy the fruits of her labor. Having a balance in everything is key to success. Have faith in yourself, put in the work each day, and don’t forget to stop and ‘smell the roses’ once in a while – just like Minna Pajulahti has shown us.

You are so beautiful and sexy strong, that’s what a good physique is all about, not just strength and agility but also the courage to out stand anything in life be it tragic or triumphant.
Keep up the good job and always aim higher.
Philly toss.