Originally from the Dominican Republic, Massy moved from her Carribean home country to L.A. in the hope of a better life. At the age of 16, and learning to be independent in a new country with limited English, she faced many struggles early on.

She’s dealt with poverty, hunger, insecurities and a serious case of depression. However, one thing Massy’s done and continues to do throughout her life is – fight every obstacle and jump over every roadblock in becoming the best and proudest version of herself.

She’s known as a successful personal trainer, motivator, and activist. 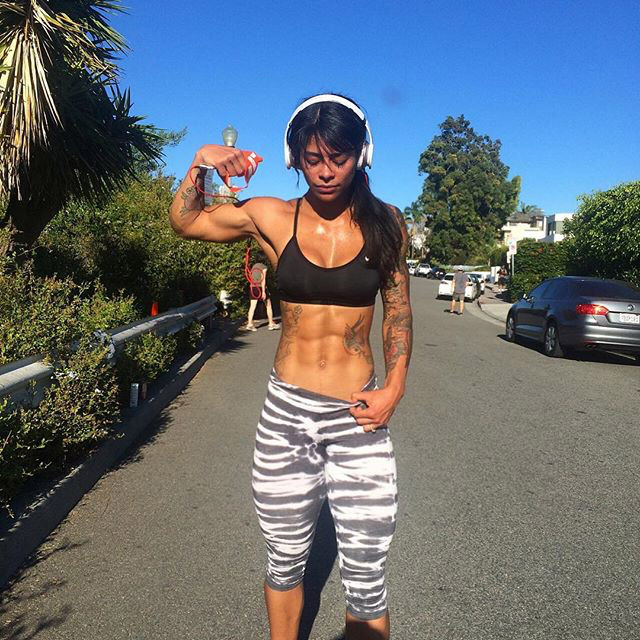 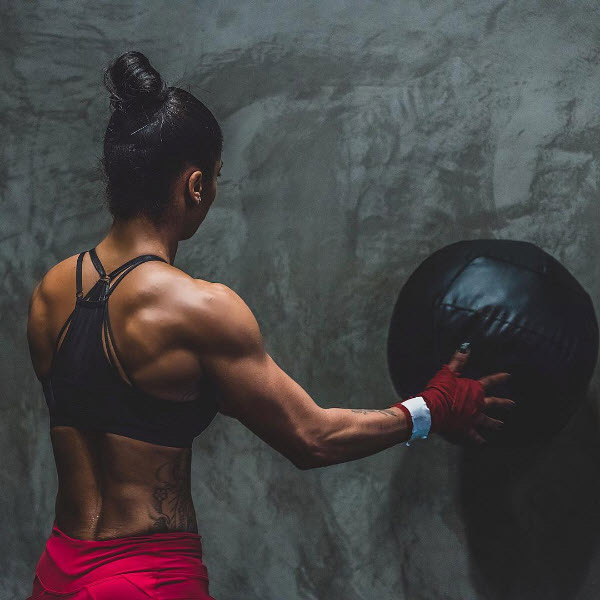 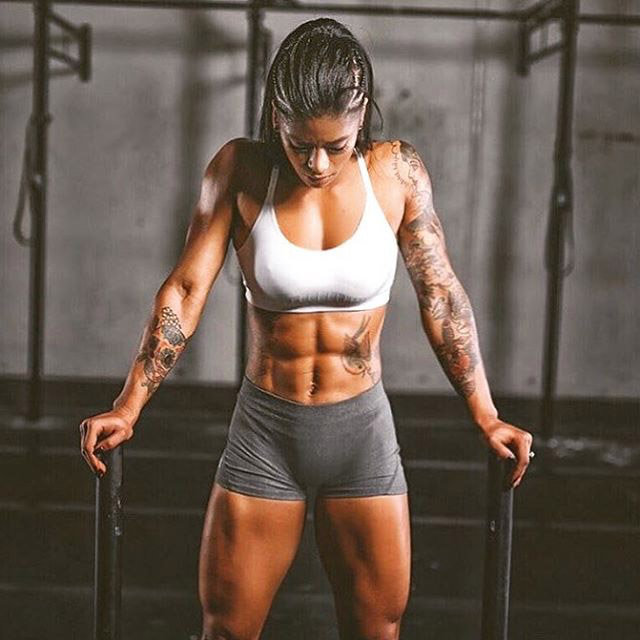 “I had no background in training or sports or anything, but I started going to the gym and working out on the elliptical. I worked up to 45 minutes, one hour, an hour and a half — it became like a healthy addiction.”

Originally from the Dominican Republic, Massy moved to Los Angeles, California, at the age of 13 to find work and a better life. Moving to the United States was a huge challenge for Massy as she didn’t know any English.

The transition moving from the Carribean Island to a concrete jungle was a tough move for her. She quickly had to grow up and become responsible working to pay her way in life.

At times in life, she’s felt the strain of not having and money in her pocket with no direction to go. She struggled for food and often went hungry. However, Massy’s a very proud person and she wanted to prove to her family and to herself she could stay in the country and make it work. 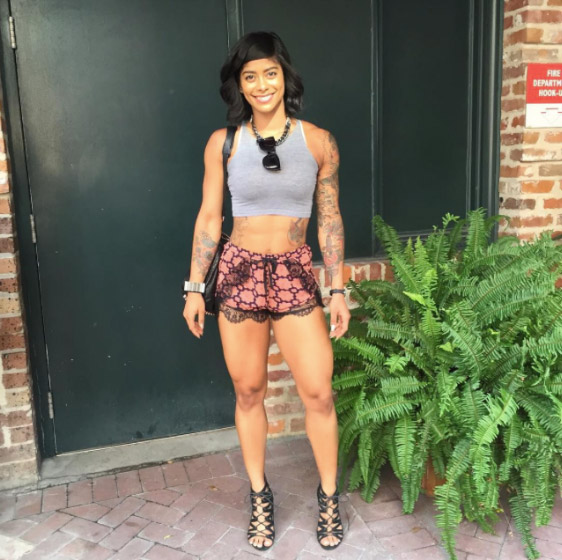 “A lot of people misuse the word depression to describe when they’re sad, but depression almost took my life. I tried herbal treatment, hypnosis, you name it — everything except prescription drugs because my mom doesn’t believe in them. It was a life and death situation where I had to do something to get out of the funk I was in. “

It wasn’t only the lack of money and finding her place in the world that Massy struggled with, she’s also suffered from depression throughout her life.

As a teenager earlier on in her youth, she found it difficult to understand who she was and how she was supposed to look in society. Her depression has taken her to rock bottom at times. Not wanting to get out of bed, and not wanting to live are all things Massy’s had to deal with.

Massy now says the issues with her image in the past and not liking the way she looked or who she was – was a form of disrespect to herself.

She’s used fitness and health as her own “drug” and her “cure” for her depression. She’s created the best life possible through respect for her health and enjoyment for feeling the best she possibly can – not the way she’s supposed to look by media and society. 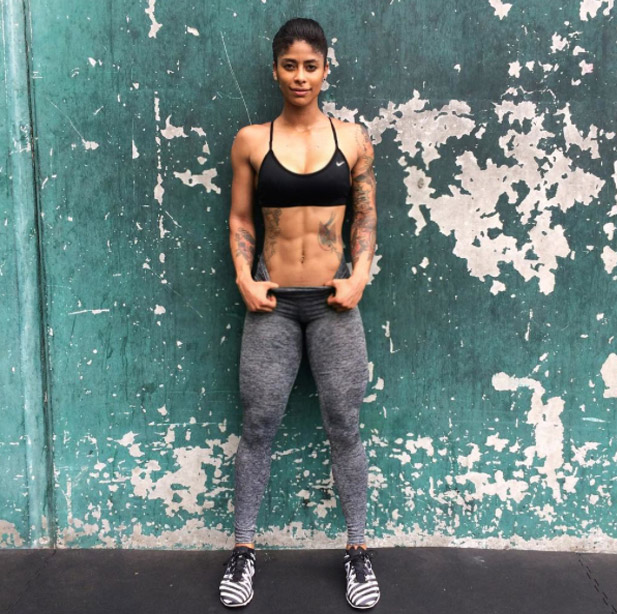 She want’s to teach and help people to do things in a different way. Not focusing on image alone, but on health and a steady progression through exercise.

“I want to help people to understand how to workout, not only to look good, but workout to feel good inside. There’s more to fitness that just a body and a six pack, it’s much more than that, it’s about health, it’s about getting your life together, it’s about being healthy mentally, emotionally, physically, being strong, being powerful and independent.” – Massiel Arias 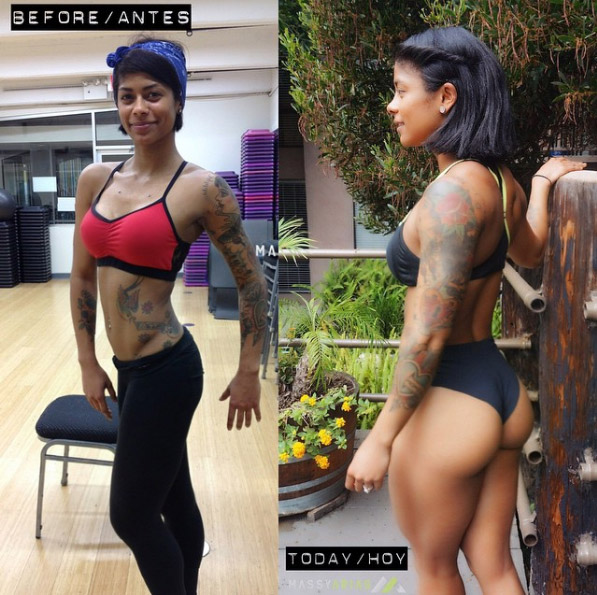 Massy then and now

Massy says she’s on a mission to help women everywhere feel better about themselves and their own image, not trough torture and unhappiness with the way they look, and the pressure put on them by society –  but instead, trying to instill positive reinforcement on a daily basis.

Her goal is to leave a legacy that will hopefully change people lives and show everyone it’s more than just looks, it’s about the way people feel inside. Massy says;

Massy’s also known as a world class personal trainer. She can be seen motivating and changing peoples live all around the globe with her tailored services to help people eat, train and feel better. 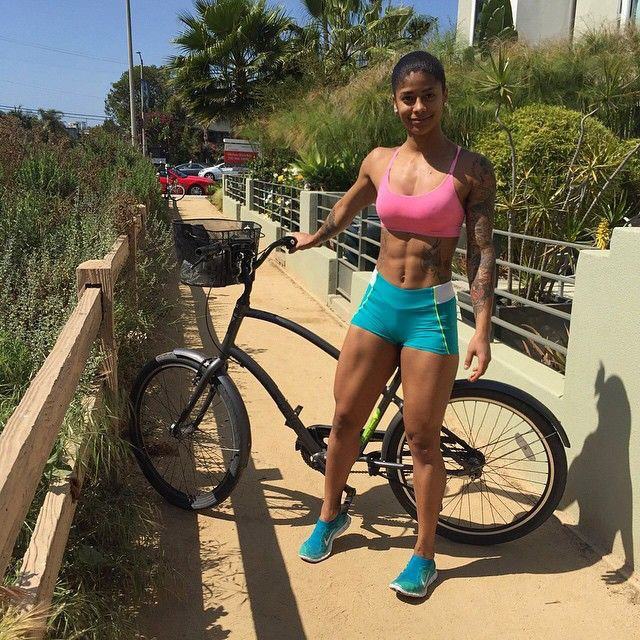 “I work out so hard all day, every day.  I’m always sweating. But exercise continues to make me happy, which is why I do the happy dance. “

Massy advocates spending more time thinking about progression for purpose and goal setting rather than on image alone. Making one more push-up than the time before, running faster or for longer, and doing new exercises better each time is her philosophy on training.

A combination of calisthenics, weight training, cardio, and a whole host of technical sporting abilities that Massy has built up over her years of training, is what she represents through her amazing physique. 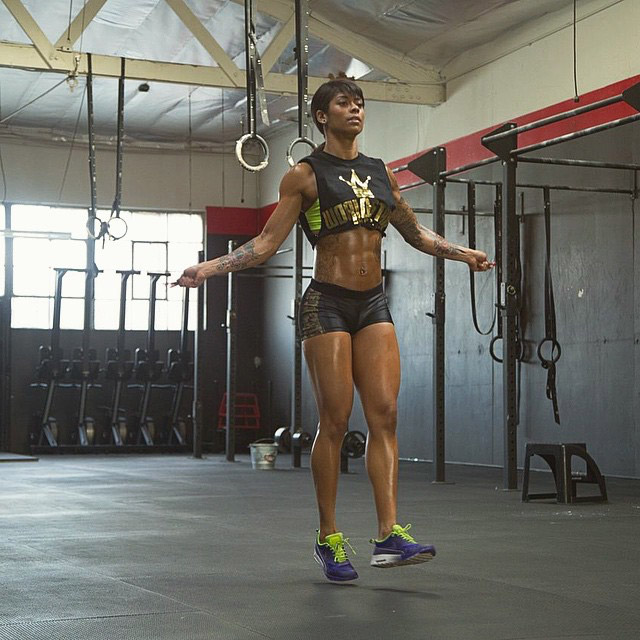 Massy And The Feminine Look

“Before I started training. I used to look at female body builders and be like, ‘Oh my god, she looks manly — it’s too much.’ But now I realize you can be muscular and be feminine, and this look is a part of an acquired palate that a lot of people don’t have. Even though muscular women might not have a body type that appeals to everyone, they’re still women.”

It’s clear to see Massy is an advocate for women to weight train and feel comfortable in their own skin. She says, “f you’re super curvy — as long as you’re happy, that’s what matters.”

She also says, “There are 13 billion people in the world, and we all have different tastes – It’s why ice cream was invented with different flavors!.” 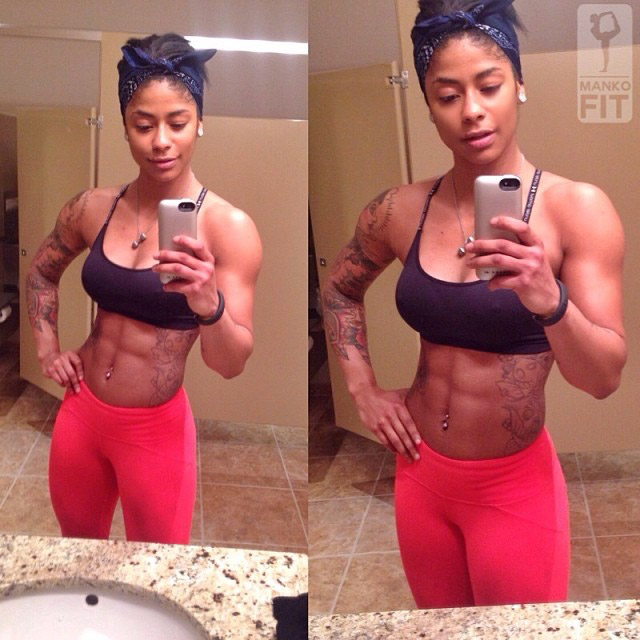 She can be seen on her popular social media accounts sharing her fitness, health, and a wellbeing lifestyle along with her diet.

She eats clean foods and a lot of vegan meals. Her diet contains lean proteins, complex carbs, and healthy fats. Food like eggs, raw vegetables, salads, and oatmeals are all among the foods Massy will eat on a daily basis to stay fit and healthy.

Massy says, that for her busy lifestyle and daily workouts, she eats a lot of food to maintain her energy. She knows the importance of maintaining health overall anything else.

Massy’s diet will consist of the following meals;

Inspired to reach your maximum potential like Massy? Read our comprehensive guide on how fat burner supplements can really up your game! 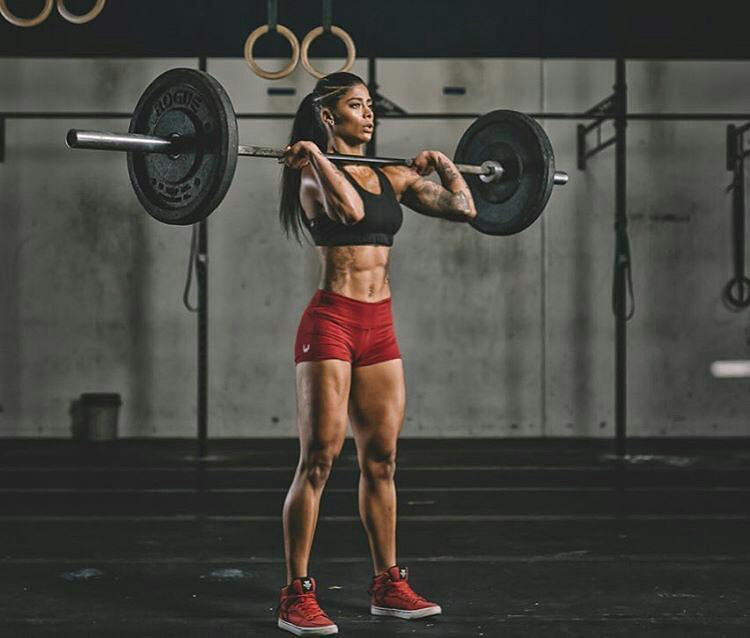 Massy’s motivation comes from within to do better each day than the last while making a change in other people’s lives.

Her influence in fitness also comes from the millions of fans worldwide. Who she motivates and helps to become a better version of themselves. 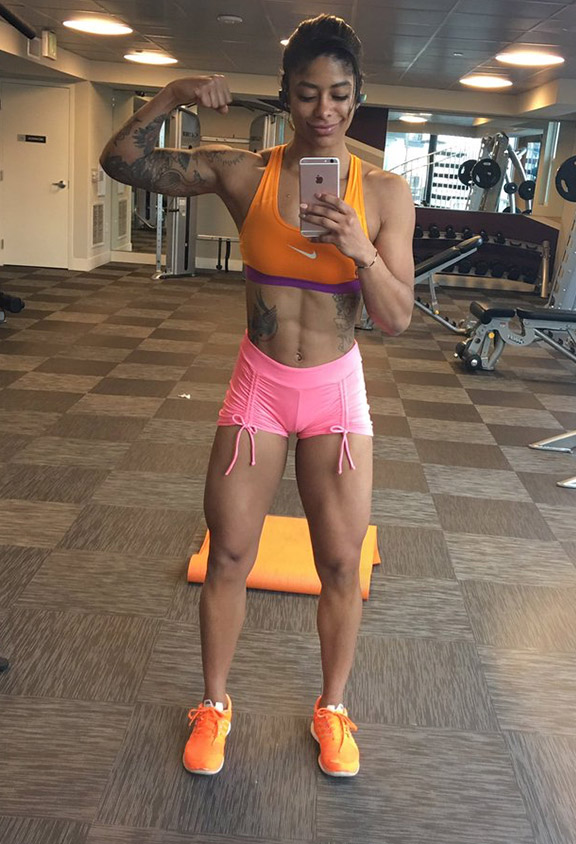 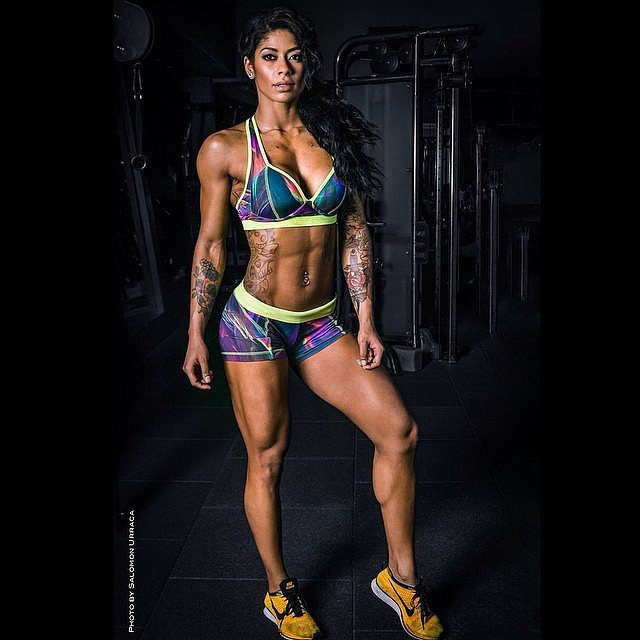 What we can learn from Massiel Indhira Arias

As we can see, Massy has lived through some tough moments in life. Independence at such an early age in a new country with a foreign language was one battle. But, having to deal with everything with depression only shows how dedicated she’s become to creating the best life imaginable.

If we can learn anything from Massy, it’s never to give up, even when all hope seems lost. Her strength has kept her going through countless setbacks, and each one she’s faced, she’s managed to overcome.

God bless u& thanks for the motivation. I am told all the time that I look like a man& it’s not true. U r gorgeous& feminine. God bless u & ur baby..

yes great .I suffer with depression n abosulety I agree at times it a matter of life or death its a mental toture you couldn’t even imagine. my friend told me to check her out n it feels good to know I’m not alone n exercise work way better for me then the drugs..then you got another problem ! please n that’s just me

You are beautiful in- and outside. The words you speak give each if us so much encouragement to move in and this on a daily basis.

I think you are beautiful and strong.I wish you nothing but the best and continued success. I do have a question is there anything a women in her 60’s can do?

Pure motivation, for everyone out there

Can you recommend exercises for someone who is partially crippled and can’t walk great distances. I’m elderly and find it difficult to lose weight or exercise. Your story is amazing and I wish you had a book. My niece is emerging as a strong, socially intelligent young woman. You are a good role model, especially for young women who are searching for answers.

How do you motivate someone you love to want to look and feel her best again. after 15 yrs of education and raising 2 boys and supporting them with their college fund.
How do I help to get her back into eating and exercising faithfully.
GETTING OUT OF THE RUT.LIVING HER BEST LIFE AGAIN.

You give recommendations for exercise and diet, but you have left out what your performance enhancing drug regimen is. Please provide that as well since it is a significant factor in shaping your body and the body we all want as well. What are you on, how much and how often? What’s your cycle? Thank you.