Maria Garcia is a professional Spanish Figure athlete, fitness model, personal trainer, and online fitness influence. She’s competed in both amateur and Pro fitness shows around the world, in countries such as; Finland, United States, Australia, Netherlands, and England.

However, while Maria has an impressive record on the stage and a succesful career in fitness, she didn’t always have it easy. In fact, when she first started her fitness journey in the late 90s, Maria had to balance her personal life and two part-time jobs with her love for fitness.

Still, Maria says the sacrifice was well worth it, as she now lives a life of a fitness icon; proud of her accomplishments, both on, and off the stage. 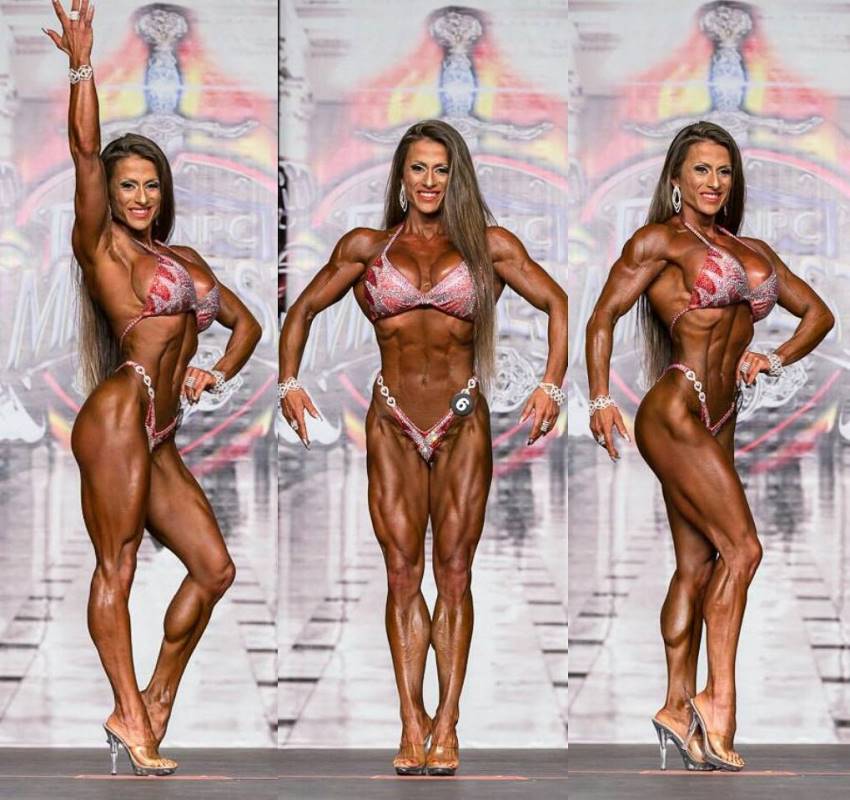 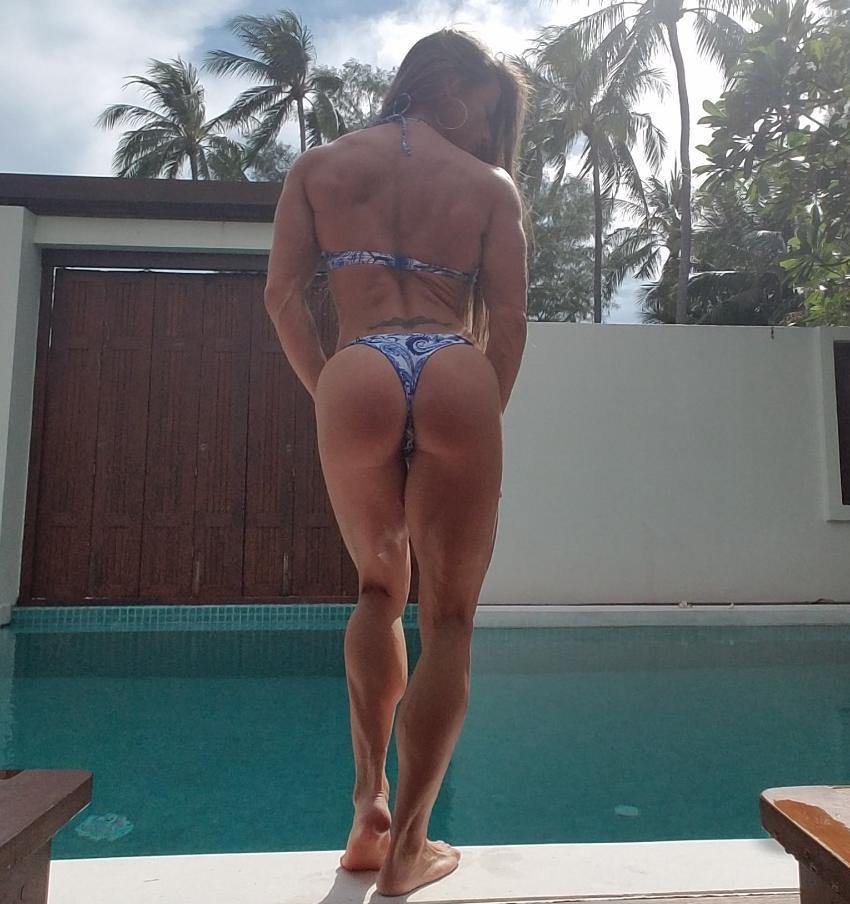 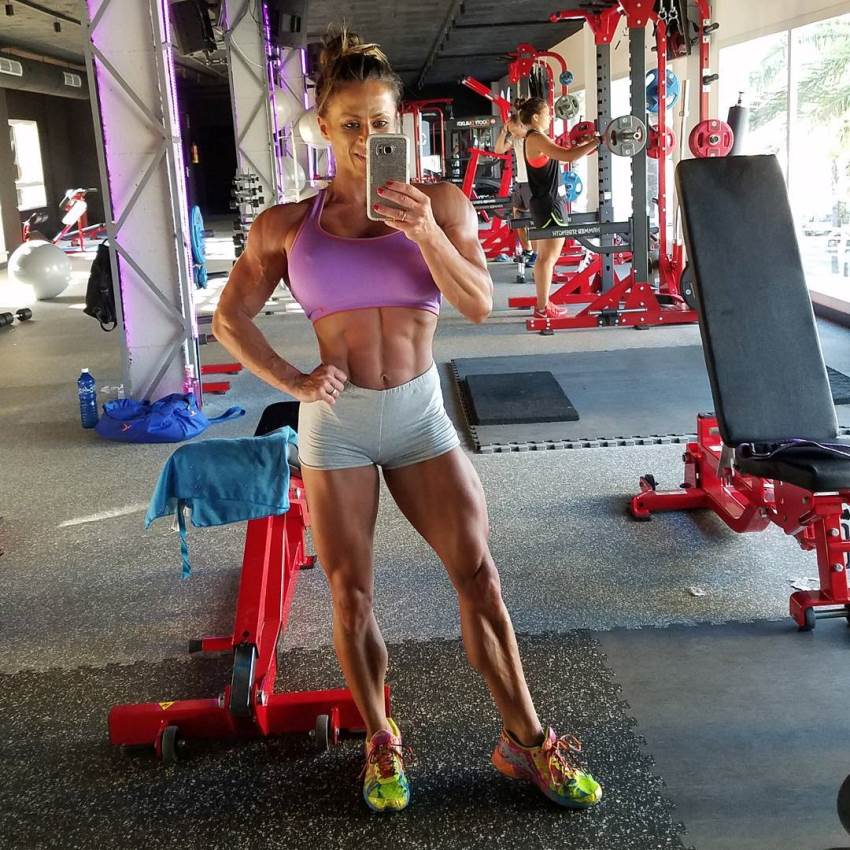 Born and raised in Málaga (Spain) Maria first participated in sports at the early age of 7. At the time, she was interested by rhythmic gymnastics – but later, she transitioned to classical and flamenco dancing.

During this period, she learned the value of hard work; she continued practicing dance for the next eight years – dedicating all of her time and energy to this sport.

As a result, she decided to find a new hobby.

In a search for other activities, Maria stumbled upon acrobatic dancing.

“One day, I saw some dancers doing an amazing acrobatico dance show on the TV, which totally impressed me! Never before had I seen some kind of dance so spectacular, and from the moment I saw it, I decided that I wanted to learn that sport,” – Maria Garcia.

Alongside acrobatic dance, Maria was also fascinated by pole dancing and striptease. She started practicing all of these styles of dancing on her own; watching video tutorials, and using trial and error as her guide for progress.

After a few years, Maria made the big decision to become a professional pole dancer. She even went on to open her own striptease club, which saw a fair amount of success throughout the years. 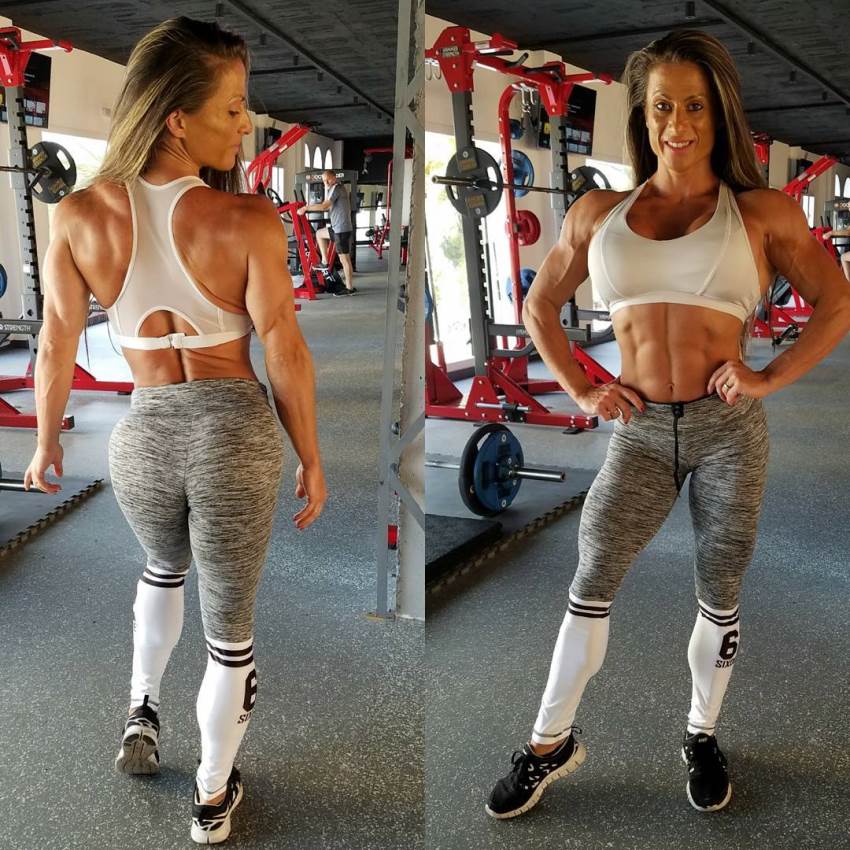 Being an acrobat and pole dancer required a lot of strength and physical endurance from Maria. As a result, she decided to enter the gym to improve her physical abilities.

However, what started as a hobby turned into a passion; as the time went by, Maria became more and more ‘captivated’ by the fitness lifestyle – falling in-love with seeing results and experiencing the ‘highs’ from lifting weights.

For this reason, Maria developed a strong passion for fitness; deciding to chase it as her full-time career, leaving her short dance career behind.

Initially, Maria’s start to fitness wasn’t very smooth’; she was forced to juggle her personal life, including taking care of two children – as well as working 2 part-time jobs.

However, Maria still found the time to train rigorously in the gym; due to her dedication and perseverance, Maria was able to sculpt an awesome physique.

In fact, she was in such an impressive shape that one of her gym trainers recommended she should try competing in a body fitness show. Always open to new possibilities, Maria accepted the suggestion, and started preparing for her debut contest.

Several months later, Maria stepped on the stage for the first time; winning the regional Bodyfitness competition held in Granada. 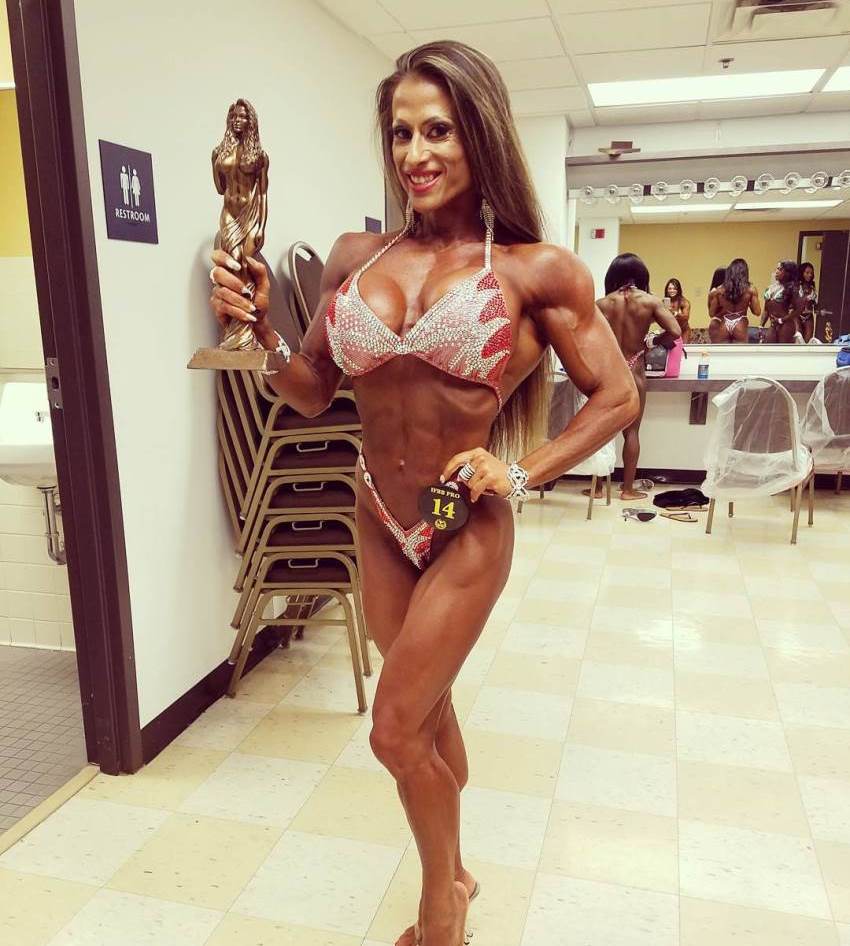 Motivated by her early achievement, Maria began preparing for another show – detemined to replicate her success and continue her momentum moving forward.

Once again, her hard work paid off; she impressed several months later, winning her second show in a row.

From there on, Maria continued to place highly in a number of shows; the most impressive result being her victory at the Spanish National Bodyfitness contest.

As a result of this, she qualified for the Juliette Bergman Classics in Netherlands. But this meant Maria set her sights on her biggest goal yet – winning this competition would earn Maria her Pro Card.

Knowing the importance of the competition that was ahead of her, Maria dedicated all of her time and effort into training, dieting, and supplementation.

A few months later, she was finally ready to step on stage.

Ultimately, she was rewarded for her intense preperation; leaving the show as the champion of the Juliette Bergman Classics, and earning her Pro Card in the process.

Entering the Pro Circuit meant Maria could no longer compete in her homeland (as there were no professional Bodyfitness contests held in Spain).

Because of this, Maria decided to go ‘all out‘, and temporarily move to the United States – where all the top fitness shows were held.

This decision massively paid off, as Maria placed highly in numerous IFBB Pro contests held in the USA.

Some of them included the 2014 IFBB Kentucky Muscle Pro, where she finished amongst top 5, and the 2014 Natural Ohio, where she was proclaimed victorious. 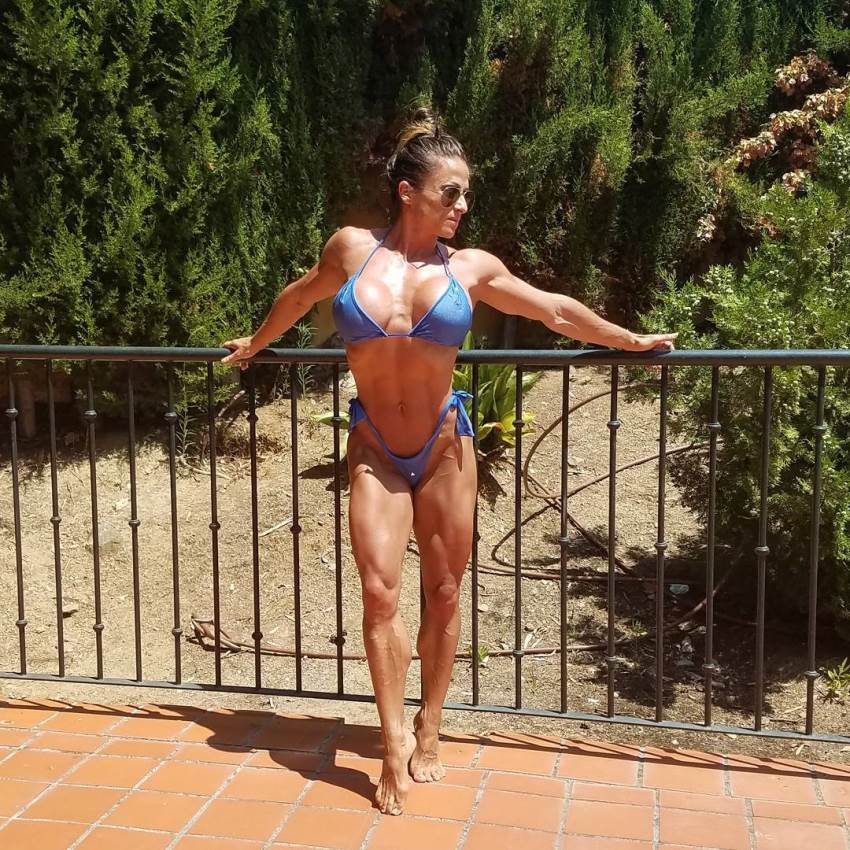 “I am proud of many moments, titles, and contracts that I have obtained, and also, proud of knowing that I helped someone get in a great shape. It makes me feel really good to know that my efforts motivate, help, inspire or teach other people.”

Maria trains in the gym five times per week, spending about an hour and a half training with weights and doing cardio each day.

In addition to her regular training, Maria also does a lot of aerobic activities, which, she says, help her lose fat, and keep her overall health in check.

While many female athletes like to train their lower body the most, Maria prefers working on her upper body; specifically, her biceps and shoulders.

Her favorite exercises are Z-bar curls for biceps, and also, seated shoulder press for middle deltoids. These exercises give Maria the best ‘pump’ and overall results in terms of her muscle development.

Although Maria likes to do all types of cardio, her favorite one is the Elliptical machine. 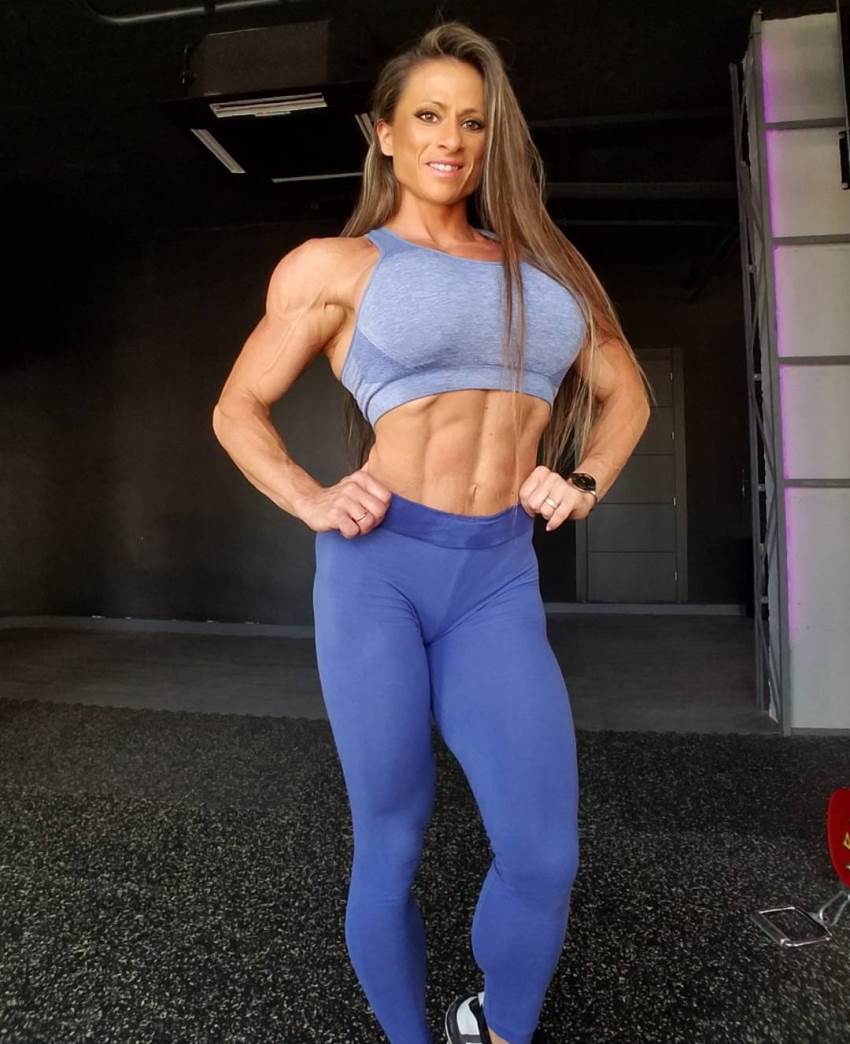 “Do not be afraid or embarrassed to ask. After so many years working in advising people, I have seen that many of the mistakes are made because of the fear of asking. The coach is there for that, so do not be afraid to ask what you need, as basic as it may seem. In addition, I would also advise finding an expert who will create you a structured diet plan, according to your needs.”

There isn’t much difference in Maria’s diet when she prepares for a contest, or when she’s in the off-season.

For supplements, Maria only takes whey protein, BCAAs, and glutamine. 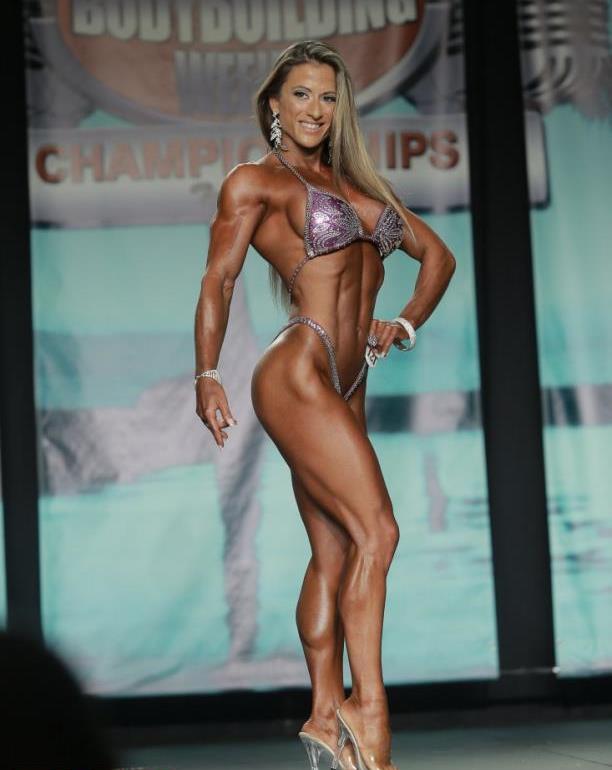 One of Maria’s biggest influences in fitness is Larissa Reis, whom Maria describes as “a women who inspires me and transmits good vibrations.”

Maria also said she admires Larissa’s “agressive” physique, her style, as well as her illustrious career in fitness. 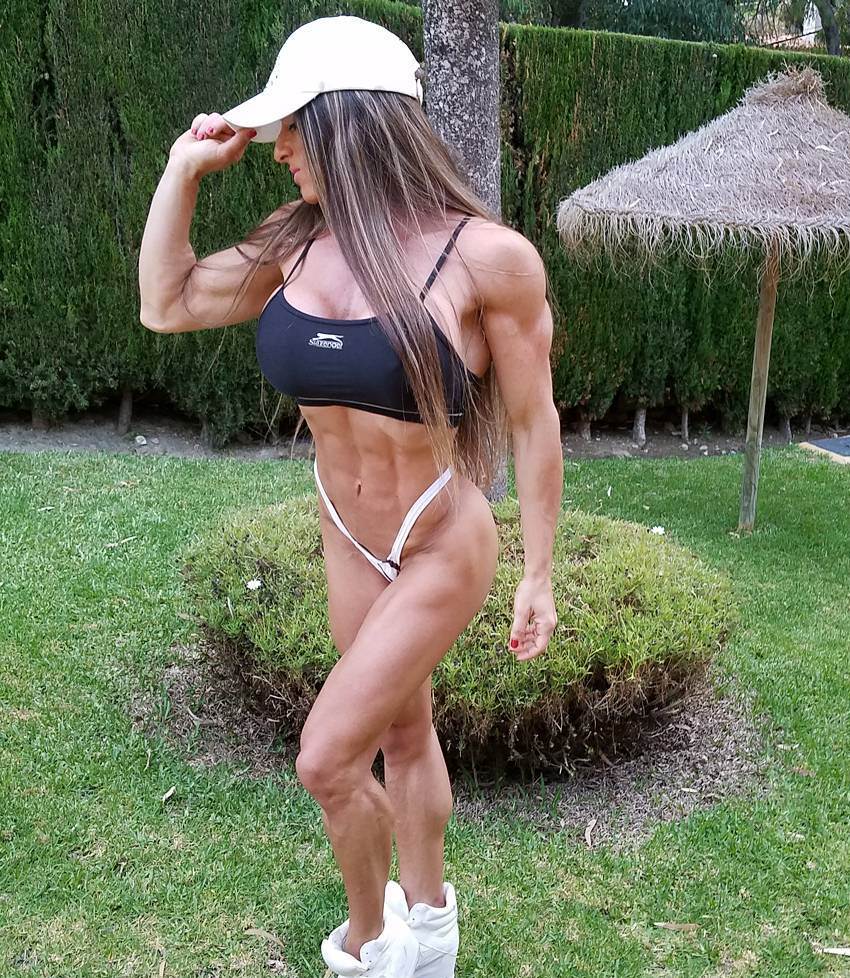 What we can learn from Maria Garcia

Despite the difficulties she had to face when she embarked on her fitness journey (especially the lack of the free time), Maria still came out successful; sculpting a physique, and a career of greatness.

She’s shown us that with enough desire, discipline, and focus, you can achieve almost anything in life.

If you can have some of these virtues, then fulfilling your ambitions in life will always be possible – just like Maria has proven through her fitness journey to success.

Hi Maria. This is Joe…you’re big Boston fan. Just wanted to say you look better and better every time I see a pic or video of you. If you don’t mind…could you message me back at my [email protected] just to let me know you got my message. Thank you. You’re a goddess amongst women. ???