Maren Turmo is a fitness model and online influence from Oslo, Norway. She gained recognition by posting pictures and videos of her fitness lifestyle, attracting an army of fans along the way.

Using online platforms to share her knowledge of weightlifting and nutrition, Maren continues to rise within the fitness industry. Showing no signs of slowing down, she’ll be sure to grace the fitness world with her example for years to come. 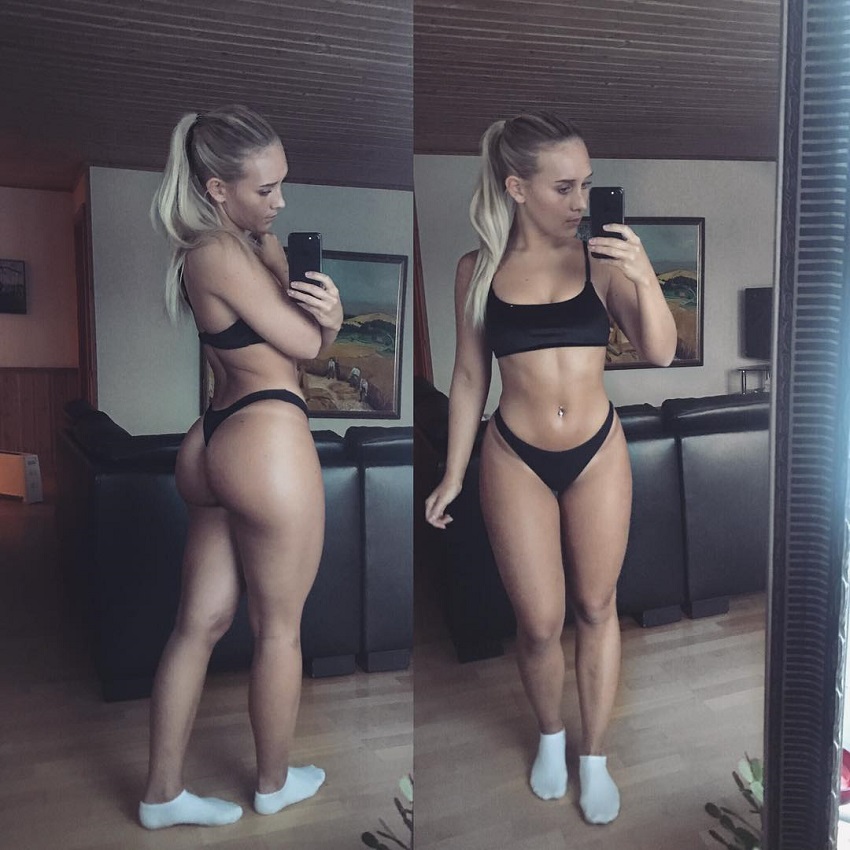 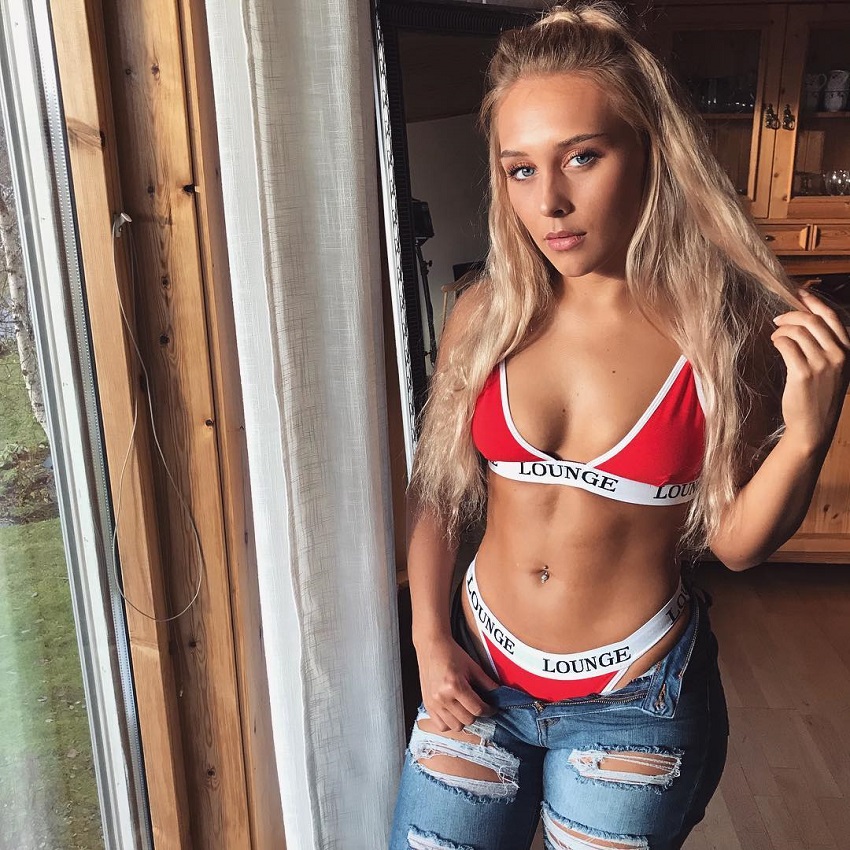 “When you dance to your own rhythm people may not understand you they may even hate you. But mostly they’lll wish they had the courage to do the same.” 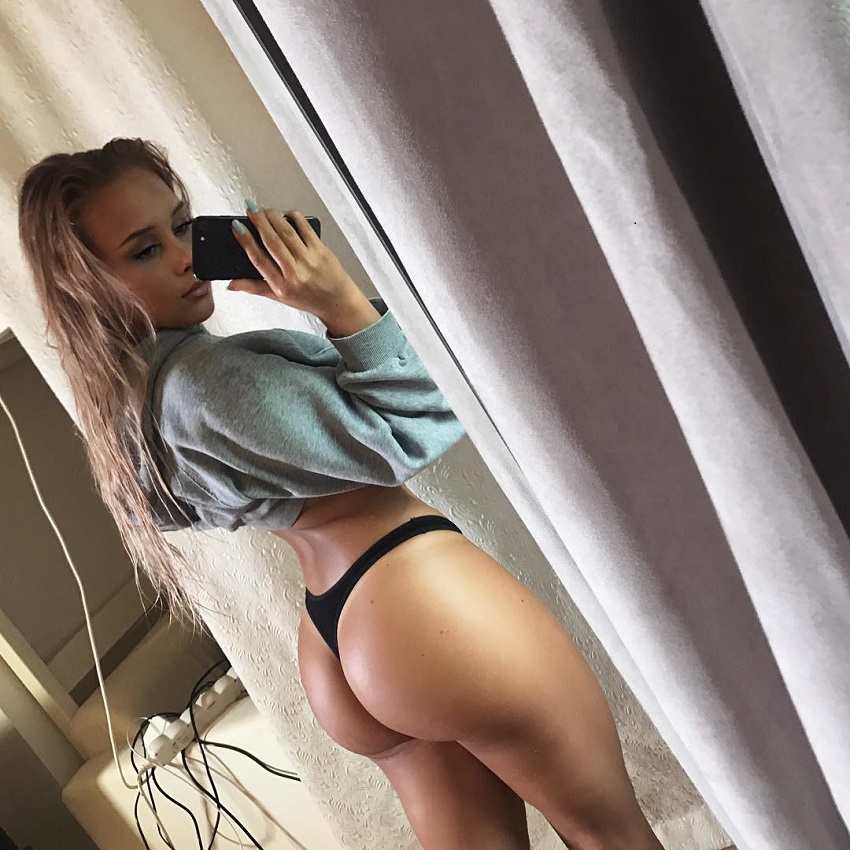 “When looking back at my journey I have decided to focus on the positive things that happened, and not on the negative things. I’ve learned that I should never give up no matter how hard things get. Because I will never lose. I either win or I’ll learn.” 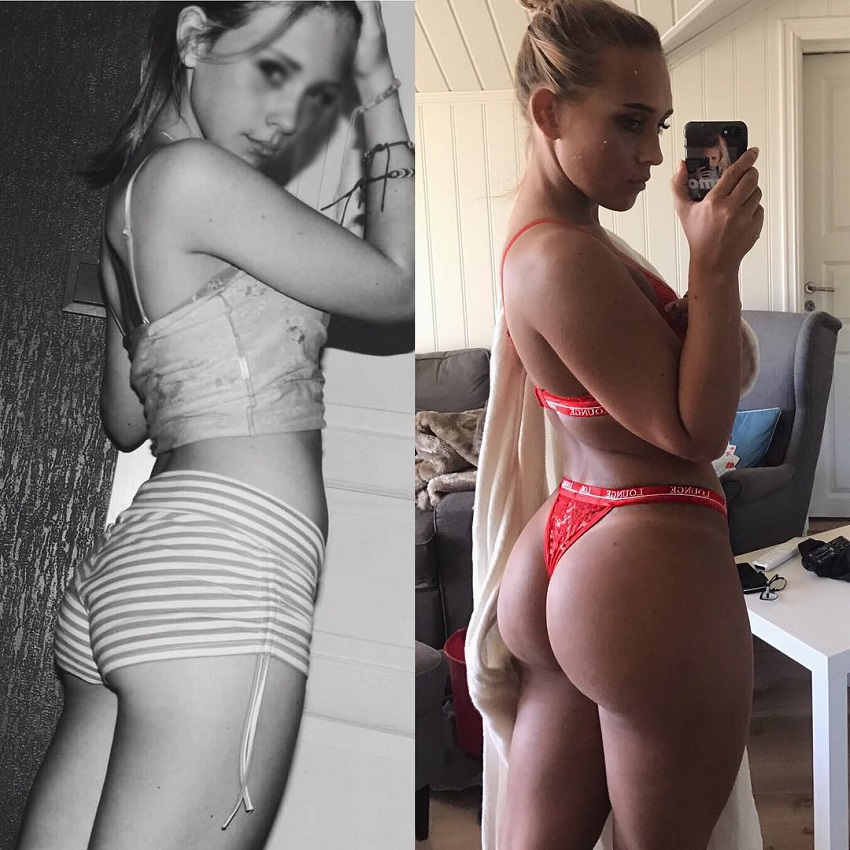 Maren Turmo’s fitness transformation, before and after. 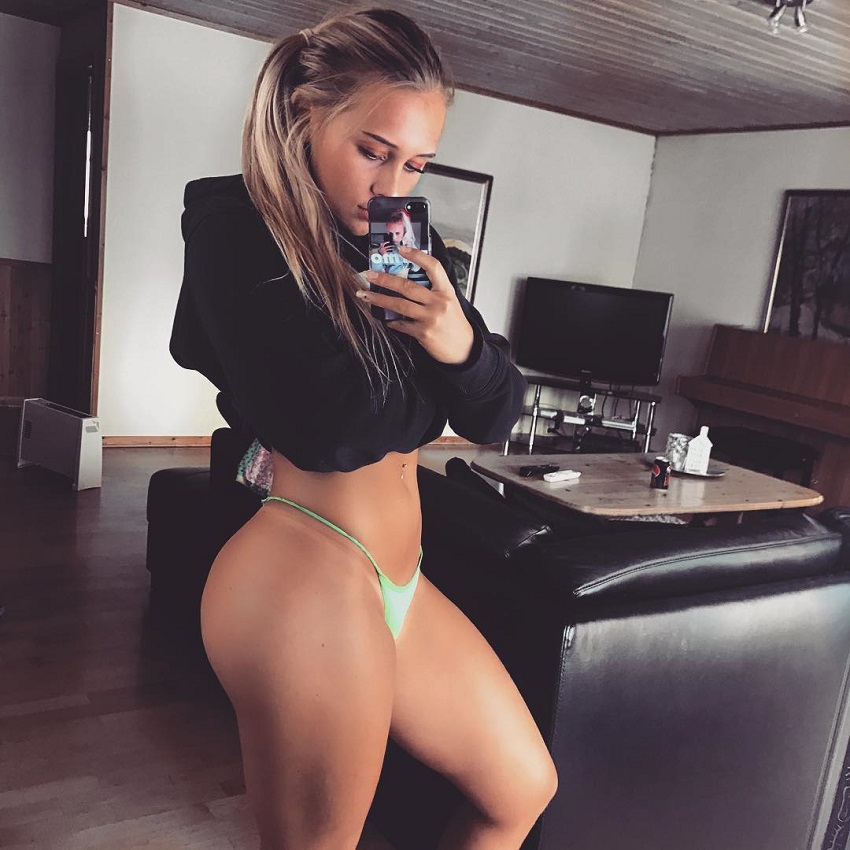 “Never let small minded people and people who are jealous drag you down! These people will always find a way to put your success in a negative light. Do not let these peoples jealousy affect you and your success. Do your things, work hard, and achieve your goals!!”

Maren says, her cardio frequency depends on her goals in fitness. If she feels she could burn some extra fat, Maren will do cardio four to seven times per week.

However, if she’s satisfied with her figure, Maren won’t do more than three cardio sessions per week.

In terms of Maren’s favorite forms of cardio, they are HIIT and walking outdoors. 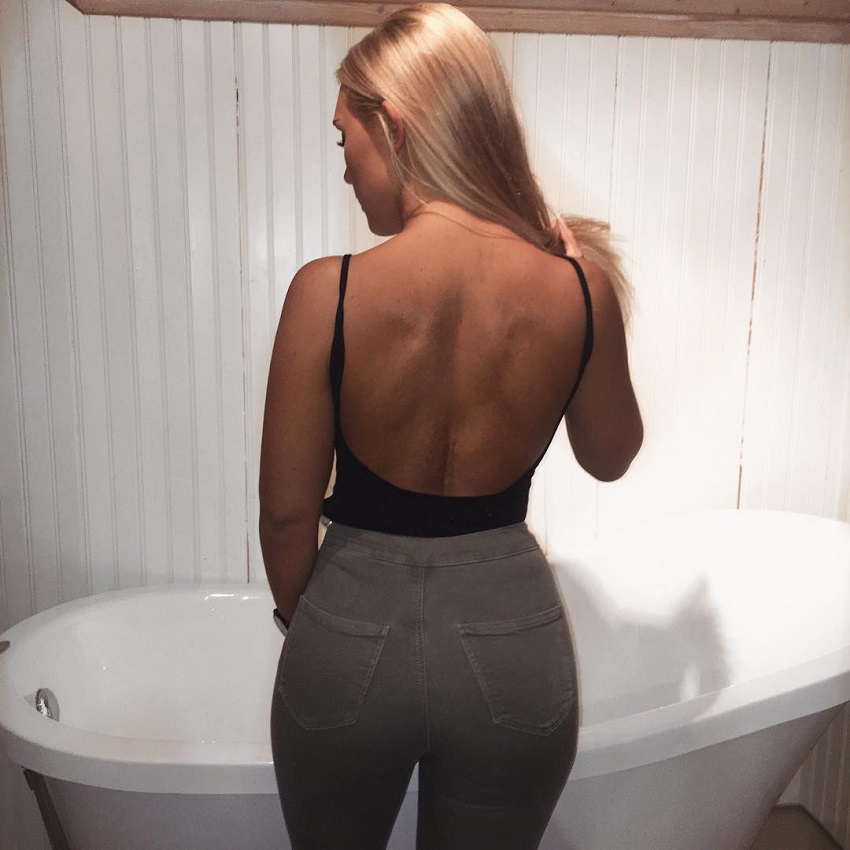 Some of Maren’s favorite body parts are legs, glutes, and abs. She works on these body parts multiple times per week in the gym.

Maren usually begins her workouts by warming up the muscles she’ll train that day. After this, she starts the actual workout with several sets of heavy compound exercises.

Once she’s done with heavy training, Maren will finish her workout with several more sets of high-intensity, light-weight isolation movements. 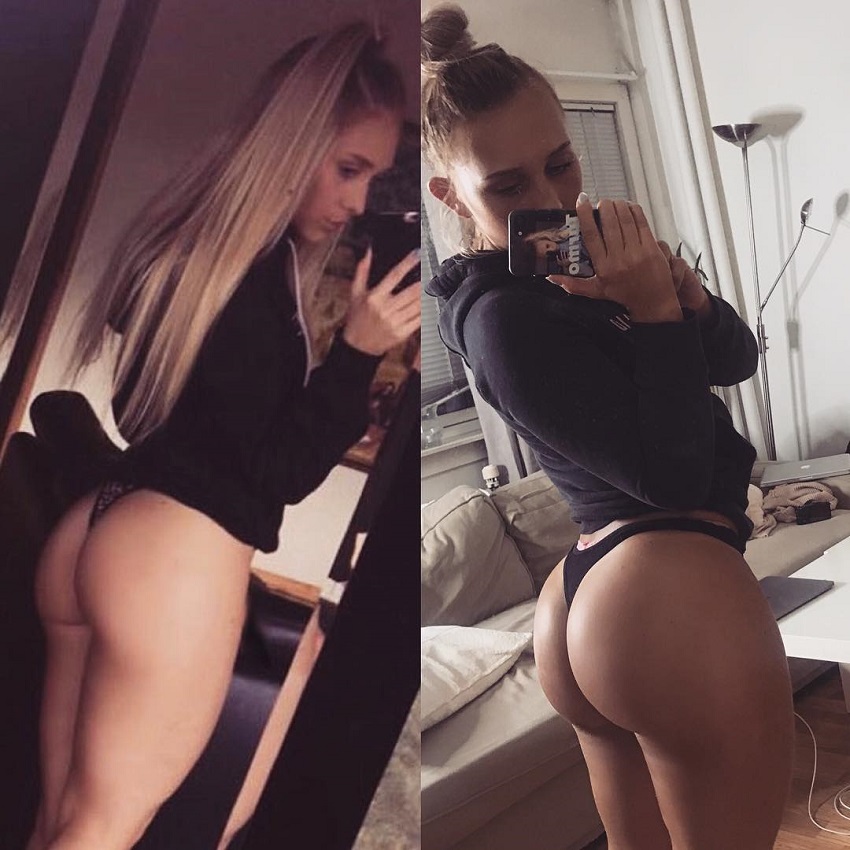 Maren eats extremely healthy foods every day, something that she doesn’t find difficult at all. As Maren said; “Some may think that I eat too healthy, but for me, it works and I like to eat healthy food. I have actually eaten the way I do now as long as I can remember.” – Maren Turmo

For breakfast, she’ll typically have oatmeal. This is one of her favorite foods – it’s rich in nutrients such as fiber, iron, magnesium, and protein. Additionally, the fiber found in oats helps to keep Maren satiated throughout the morning.

For lunch, Maren will have zero-fat cottage cheese with berries. She says, even though this isn’t one of her favorite meals, she still eats it as it’s full of healthy nutrients.

When it comes to dinner, Maren will prepare herself something more enjoyable. Such as salmon or cod fish, along with sweet potatoes, asparagus, and other green vegetables. Lastly, Maren’s ‘go-to’ meal before bed is eggs with vegetables. She believes eggs are one of the most nutritious foods, containing protein which is essential for muscle growth. 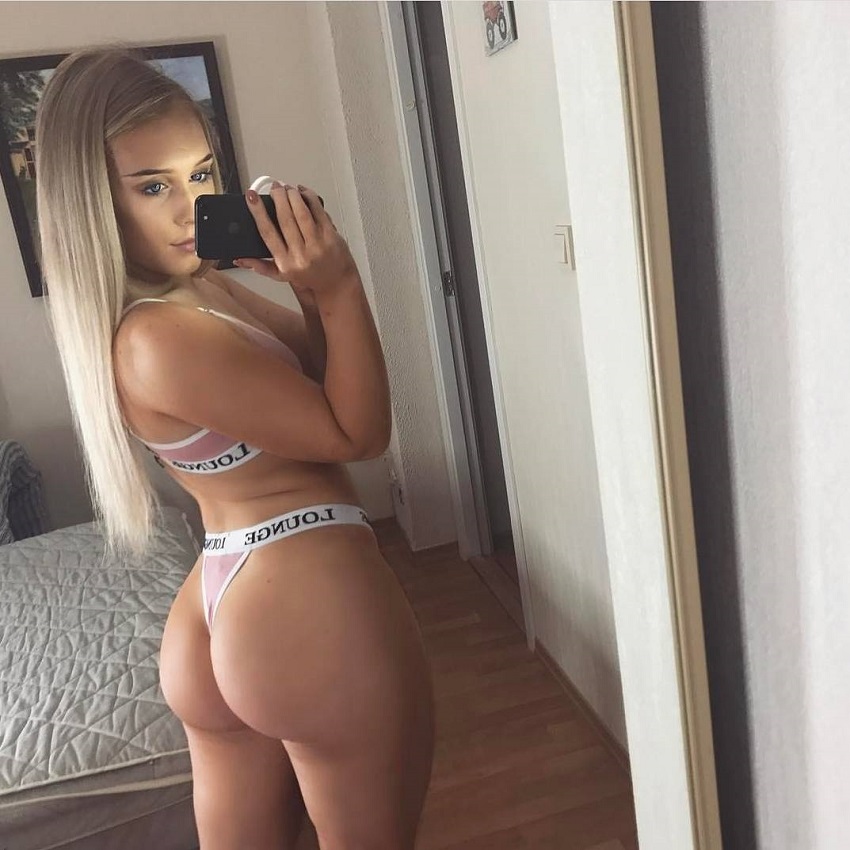 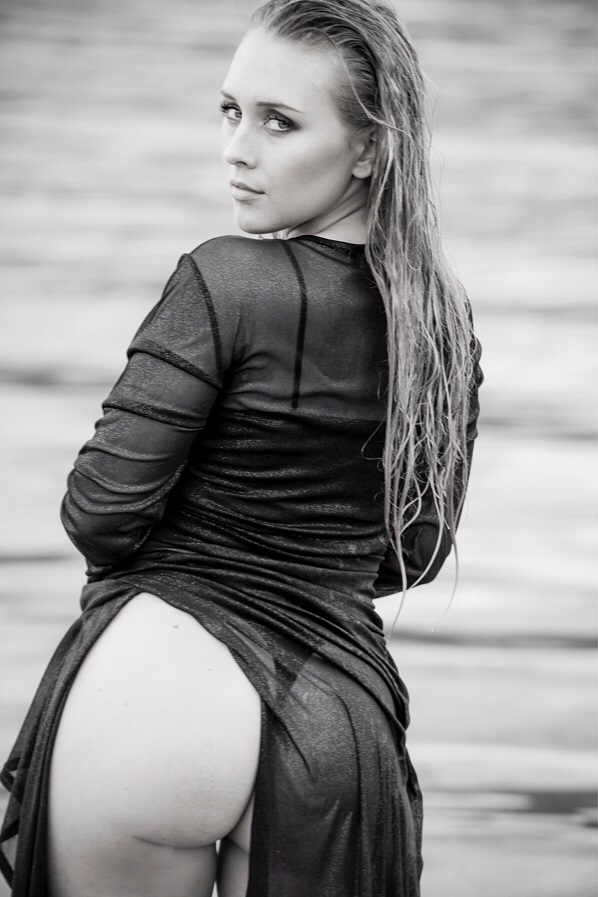 “You learn more from failure than from success. Don’t let it stop you. Failure builds character.”

What we can learn from Maren Turmo

Maintaining a ‘clean’ diet such as Maren’s isn’t an easy task. As Maren says, it doesn’t matter how strong your willpower is – if you don’t like this lifestyle, you’ll eventually give up.

For this reason, it’s important to follow your passions, and do something that you truly love. By doing so, you’ll be able to lead a lifestyle full of contentment and happiness – just like Maren Turmo.

That but is amazing, wish I could squeeze it.

she looks amazing from the waist up, but I really dont like it when the butt looks like it belongs on a different body. Fat ass