Maggie Corso is an American IFBB Figure Pro, Online Coach and Sponsored Athlete hailing from New Jersey. She was able to earn IFBB Pro status in 2015, well into her 40s – proving that age isn’t a factor on the road to success.

Throughout her time in high school, Maggie began taking part in weight lifting and athletics. From then on, her love for bodybuilding was born.

However one day, this all began to change. She started to build a career outside of bodybuilding, becoming successful in the banking sector. As a result, she lost touch with fitness.

But after a while, Maggie realized that enough was enough. So it was at this point, she rediscovered her love for bodybuilding. Ever since then, her career excelled, allowing her to become an online coach and sponsored athlete. Now, she lives by the following message:

“I’m not interested in fitting in or being the same as anyone. I’m just looking to be the best version of me that I can be”. 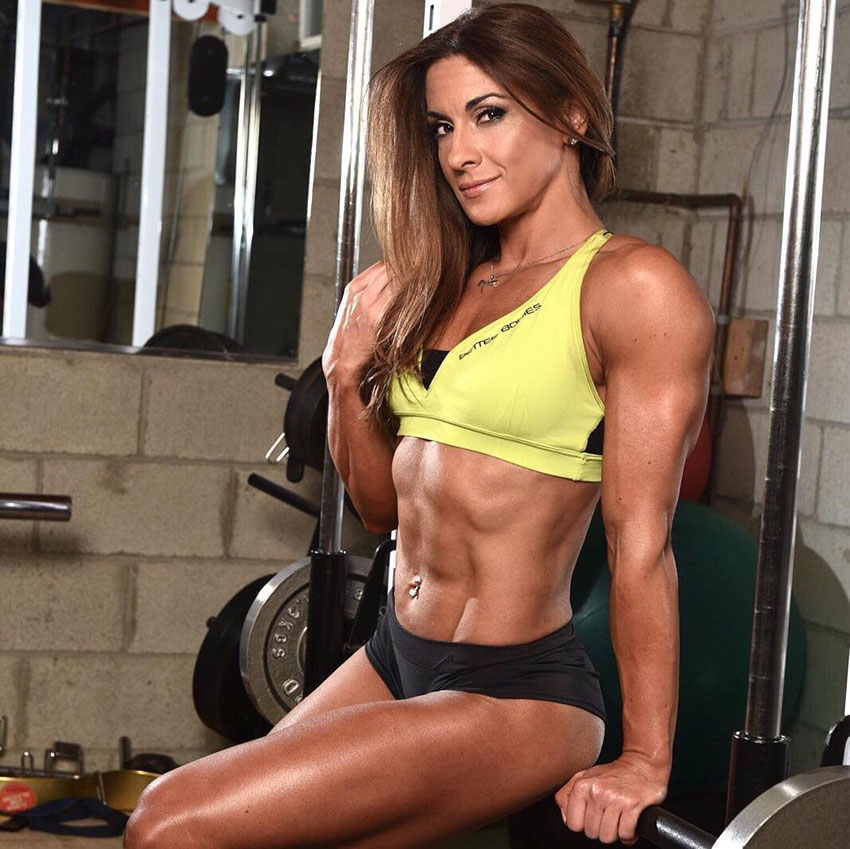 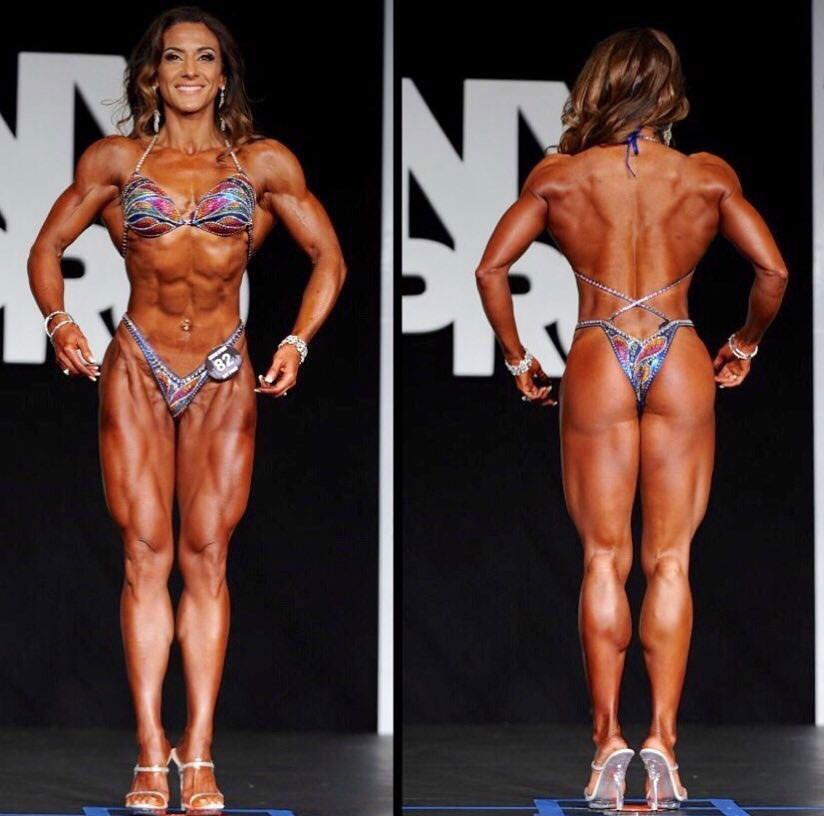 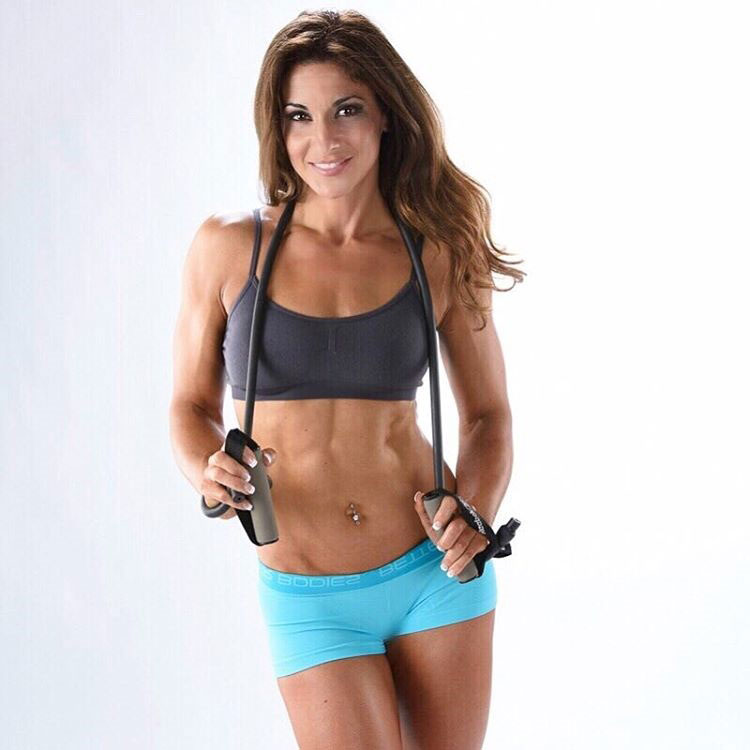 Maggie Corso was born in 1969 in New Jersey, where she has lived ever since. Growing up, she had a keen interest in the physiques of gymnasts. So as a result, Maggie was intent on earning an athletic physique just like her fellow gymnasts.

However, Maggie was unsure where to start. It was at this point, she sought advice from one of her teachers at school. They introduced Maggie to weight training, and ever since then, bodybuilding became one of her biggest passions in life.

After she discovered bodybuilding, Maggie was determined to build a great physique. She trained five days per week, taking part in sports such as athletics and weight training regularly.

After leaving high school, Maggie ensured that she made time for fitness – alongside her part-time studies and job working in a bank. However, she soon found that her hectic lifestyle got in the way of her fitness desires.

Throughout her life, Maggie always had a mentality to make her own way in life. Because of this, she began placing focus on building her life outside of bodybuilding. Consequently, by the time she reached her 30s, her love for fitness had all but faded away.

However, things then took a turn for the worse. During her first pregnancy, she went into labor prematurely. As a result, she spent a lengthy amount of time in the hospital – leaving her incapable of being out on her feet.

Throughout this time, Maggie gained a substantial amount of weight. Because of this, the hard work that she had put into her training in the gym was laid to waste.

By the time she had given birth to her second child, Maggie’s days in fitness were long gone. This is when she realized that she needed to make a change. From then on, her fitness journey was reignited. 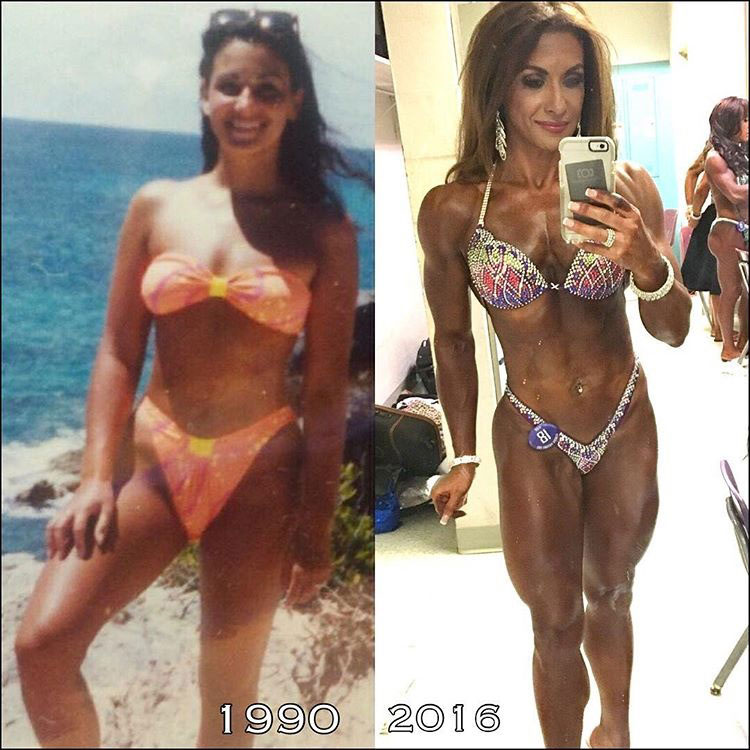 Maggie before compared to how she looked in 2016.

When she reached her 40s, Maggie recalled that she was in the worst shape of her life. Throughout the 10 years prior to her 40th birthday, she had placed focus on her career, as well as her duties as a mother.

As a result, Maggie had lost her athletic physique. But now, she was determined to get back into shape. She took inspiration from the fitness models that were on the covers of fitness magazines across the world.

Many of the models were much younger than her, but she didn’t let this stop her from reaching her goals. She trained hard in the gym, working on regaining the physique she had prior to building a life outside of fitness.

After making substantial progress, Maggie then wanted to take things a step further. But a close friend told Maggie that the odds were stacked against her because of her age. So, she set out to prove her wrong – this is when she turned to the bodybuilding stage.

Maggie was determined to take her fitness career to the next level. To achieve this, she entered the INBF Mr. America Championships in 2012. As a result of her hard work and determination, she was able to earn her WNBF Pro Card at the first attempt, finishing in 1st place at the competition.

From then on, she began to defy her critics to keep pushing forward in her fitness career. In her next competition, Maggie was able to replicate the success of her first win, finishing in 1st place at the 2013 NPC Garden State just two months later.

Due to making a success out of her bodybuilding career, Maggie sought a new challenge. It was at this point, she made it her next goal to earn her IFBB Pro Card. Shortly after this, she was able to finish in 1st place at the NPC Muscle Beach competition in 2014, highlighting that she was capable of achieving more.

The highlight of Maggie’s career came when she appeared in the NPC Universe competition in 2015. As a result of her first place finish, she was able to reach her goal – obtaining her IFBB Pro Card. Ever since then, Maggie has kept moving forward – hoping to achieve more success.

By working hard in the gym, Maggie was able to overcome a difficult period in her life. She gained a substantial amount of weight, but was able to move past this with her determined mindset.

Maggie reached her ultimate goal of becoming a success as a bikini competitor. As a result, she became a sponsored athlete. Now, she aims to help others achieve the same level of success, by becoming an online coach. 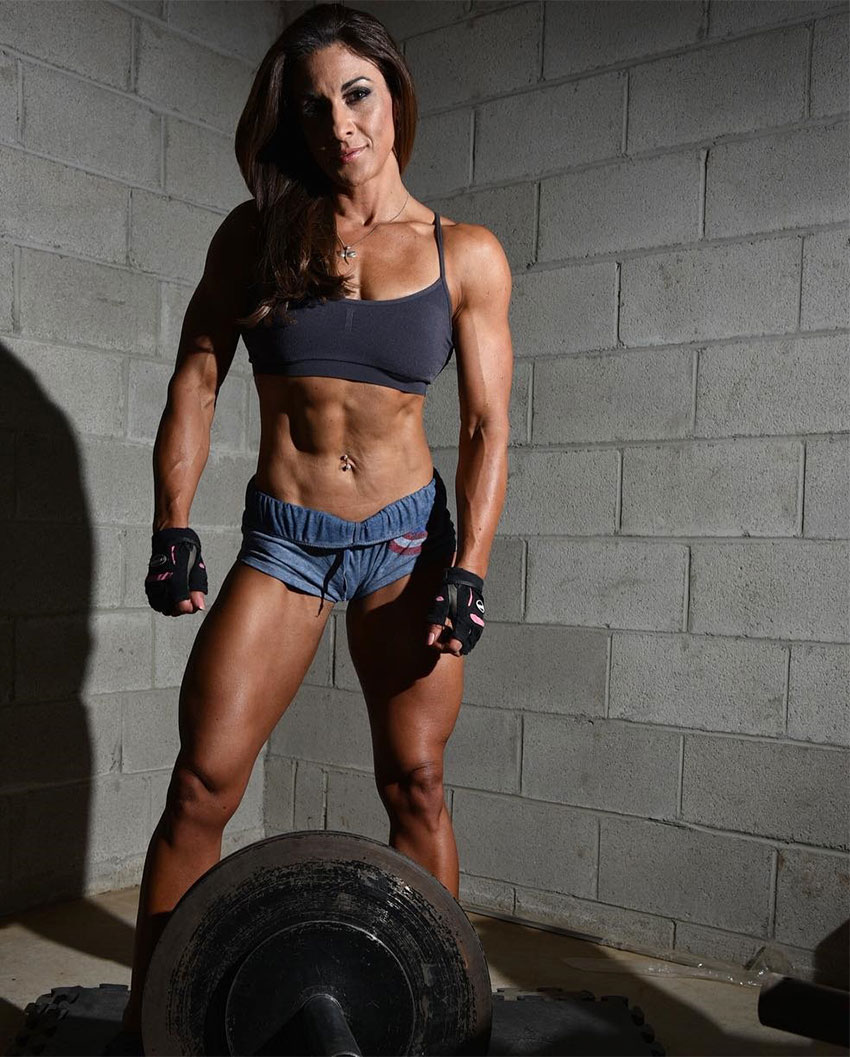 Maggie works out in the gym 6 days per week. It is her aim to continually build lean muscle mass, highlighting that it takes patience to follow this approach:

“My training and diet are focused on lean growth.  It takes a little bit more time but I’m patient and enjoy the process”.

Furthermore, Maggie’s favorite exercises are barbell squats, barbell deadlifts & military presses. She performs these exercises often, with the aim of moving onto heavier weights on a regular basis. Additionally, she performs HIIT cardio once or twice per week in order to facilitate fat loss.

Her training split is as follows: 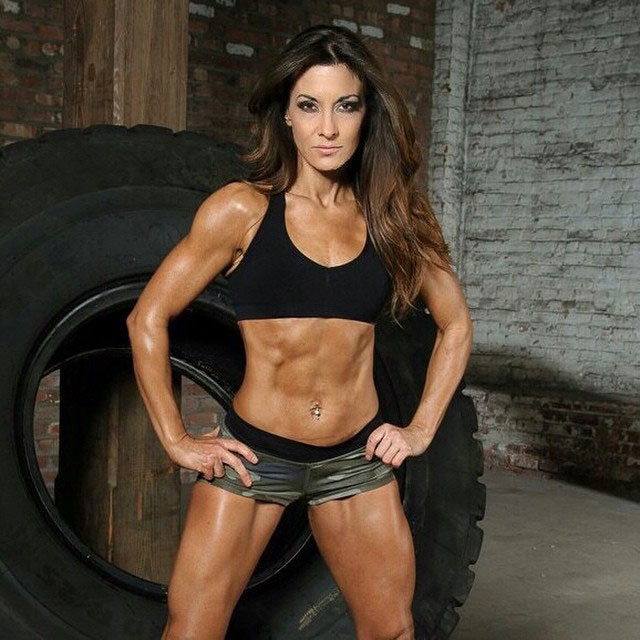 To stay on track in her preparations for competitions, Maggie learned how to successfully manage her macronutrients. She tracks her calories on a daily basis, revolving her diet around healthy options such as those listed below: 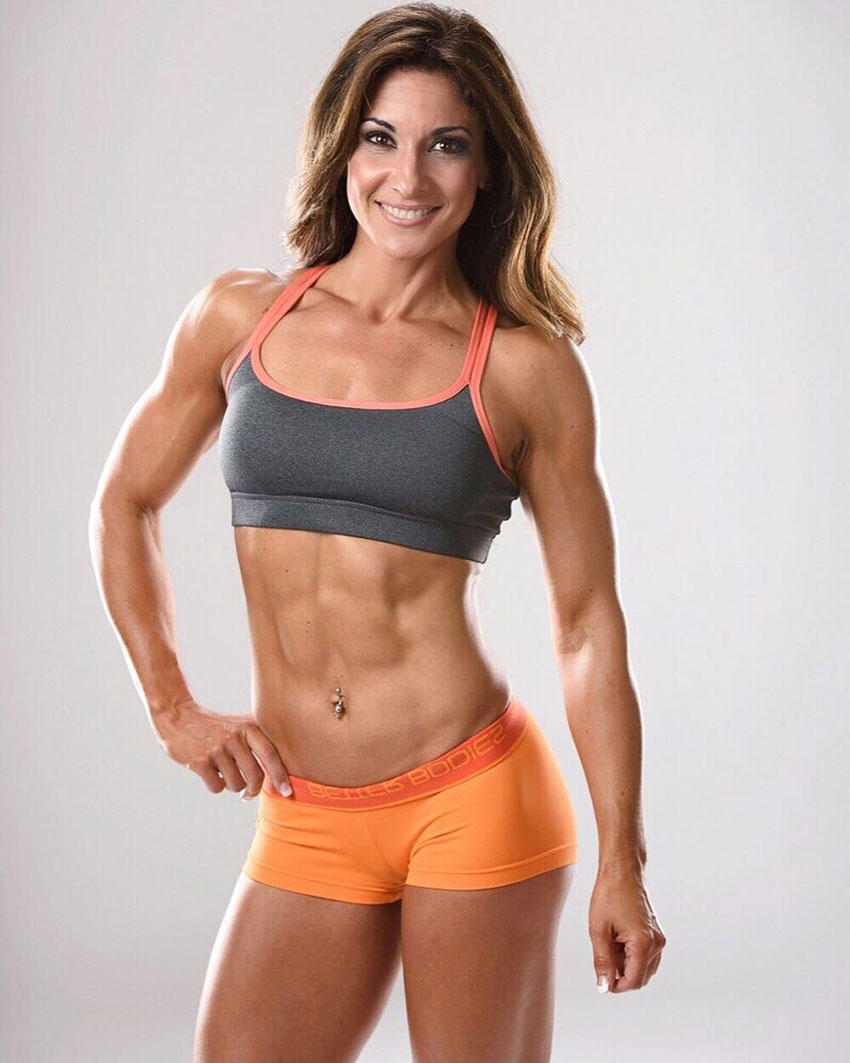 Erin Stern was a huge influence in Maggie wanting to reignite her love for fitness. Here’s Maggie recalling Erin’s influence ahead of starting her career as a bikini competitor:

“I love her athletic and strong look. It was her photo on the cover of Oxygen Magazine that kicked off the spark to work towards the physique that I have today”.

However, Maggie also states that it was her determination that allowed her to continually progress in her fitness career:

“I would say that I am more disciplined than motivated.  Motivation can come and go. If I relied upon motivation, I’d still be overweight and out of shape. I want more out of my body and I know what I want reflecting back from the mirror at me.  The best way to achieve those goals is through discipline. Set the course and go!”. 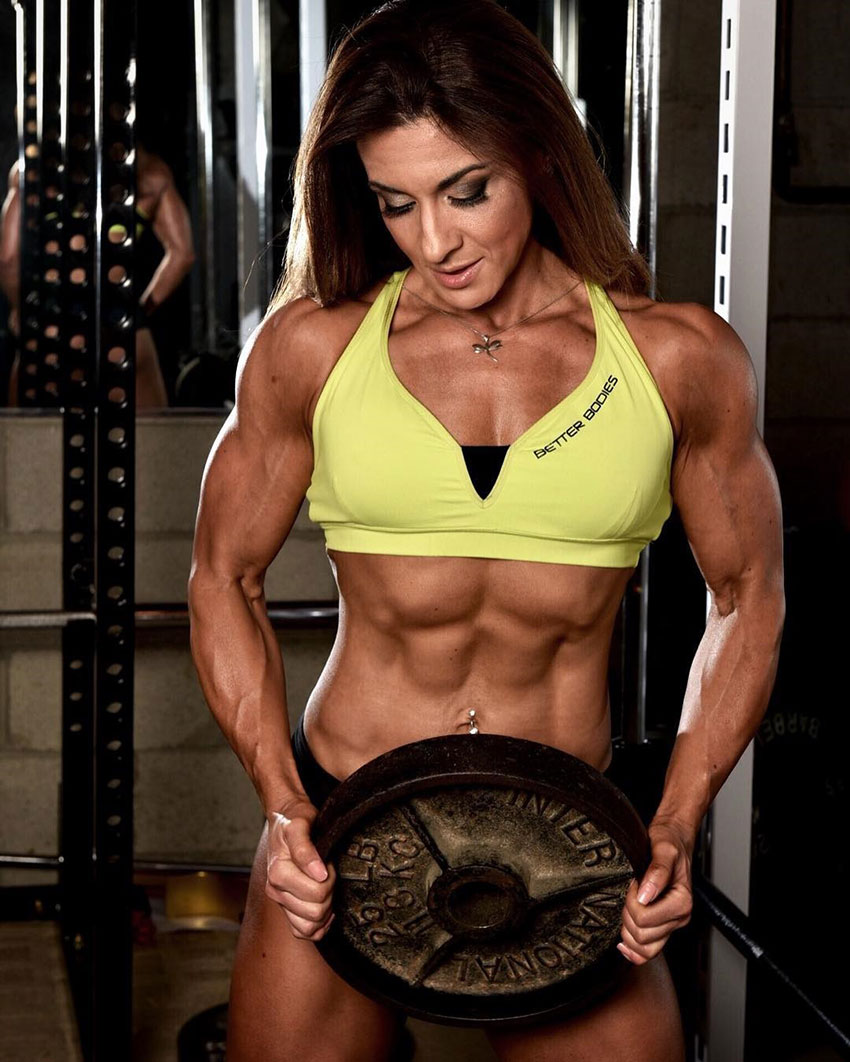 What we can learn from Maggie Corso

Maggie Corso was able to take within her stride comments from those who doubted her. As a result, she earned success as a bikini competitor. While at the same time, proving her critics wrong.

What we can learn from Maggie Corso is; she didn’t let her age stop her from reaching her life’s ambitions. Because of this, she earned success on the bodybuilding stage, inspiring many people across the world along the way.

This lady looks great – for any age group. Just goes to show it is never too late. Quite the inspiration!!

I love older women with pierced bellybuttons. I think I’m in love with this goddess