Laura Michelle Prestin, also known as ‘Miss Prestin’ has maintained her motivation, passion, and desire to reach her life’s ambitions ever since she was a young child – becoming a nurse and a personal trainer. Because of this, she was able to make her mark as a fitness model.

Her triumphs on the fitness modeling stage allowed her fitness career to excel, even more so when she went on to enter the WBFF Pro bikini circuit in 2011.

Ever since then, she’s dedicated her life to helping others, working as a registered nurse alongside her personal training career. After reaching her own fitness goals, she now helps others achieve things they never thought they could. 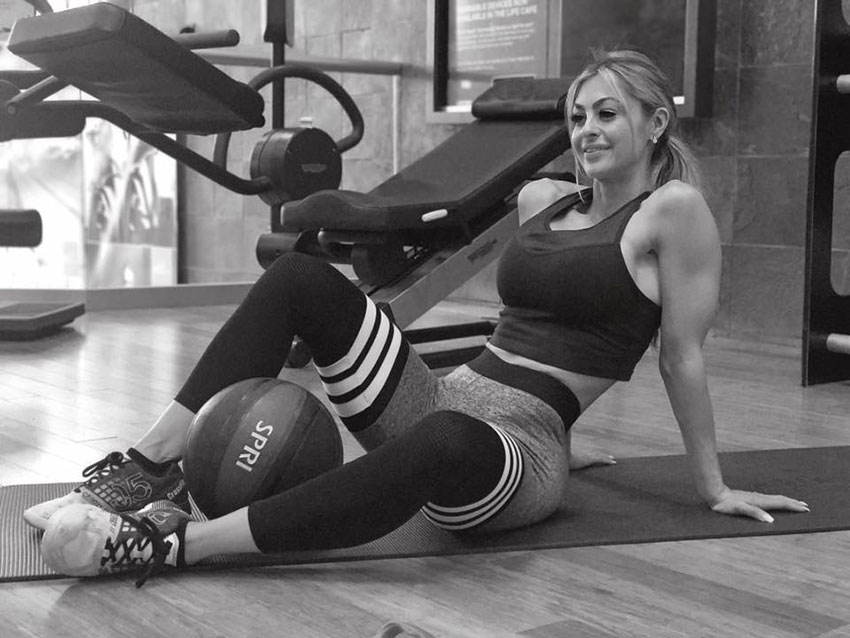 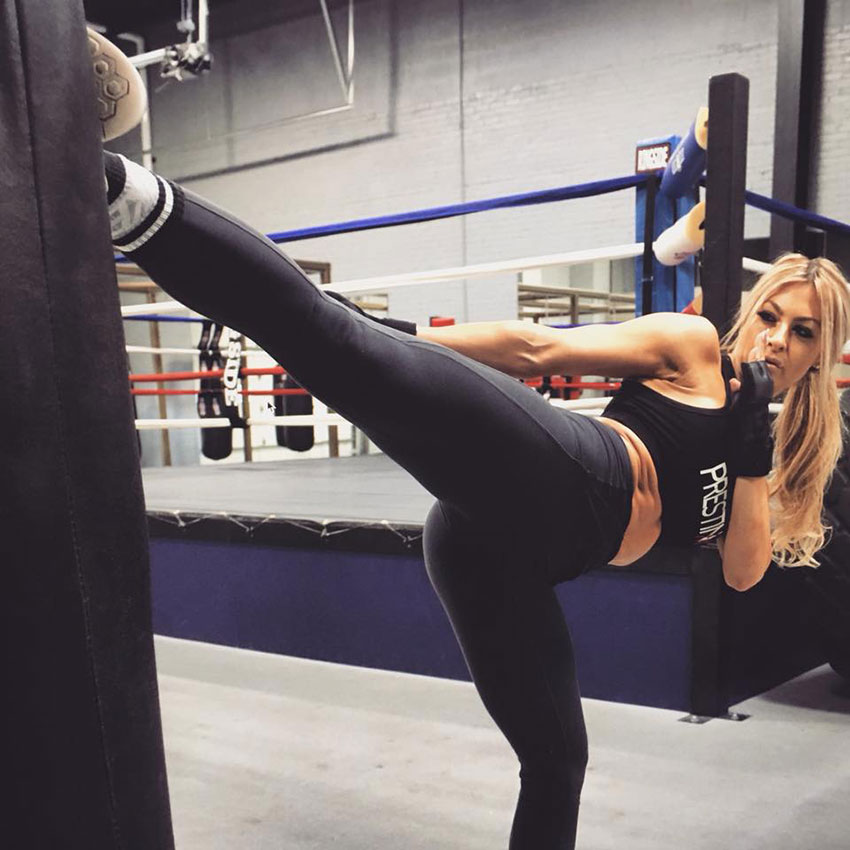 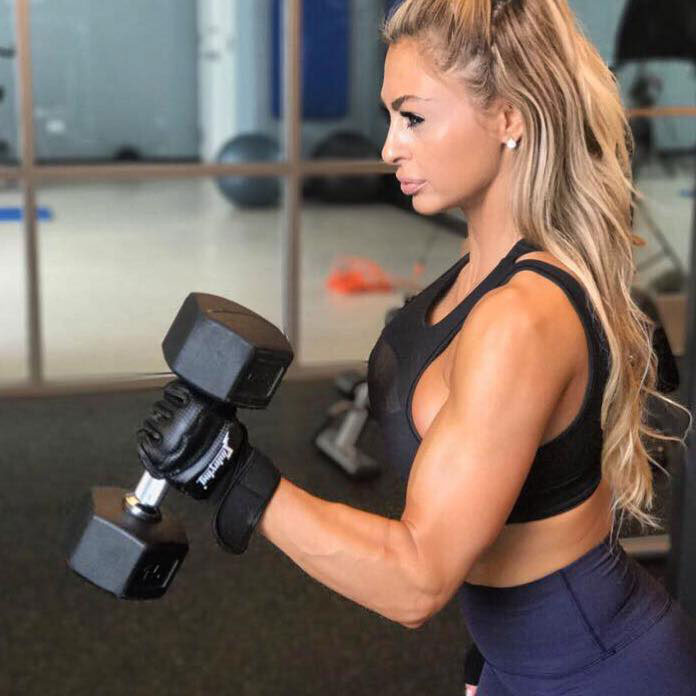 Athlete from the Start

Laura was born on the outskirts of Toronto, Canada in 1985. As a child, competitive sports became something that Laura was heavily involved with – taking part in soccer and running track regularly.

By the time she reached high school, Laura decided to expand her love for competitive sports. It was at this point, Laura began swimming and taking part in gymnastics – fulfilling her desire to lead an active lifestyle.

Soon enough, Laura found that she wanted to build upon her athletic physique. However, Laura didn’t really have a clue where to start. Because of this, she failed to make progress due to a lack of consistency and failure to follow a suitable workout and nutrition program.

Even though Laura had a deep passion for keeping fit, with years of swimming, gymnastics, and weightlifting under her belt, she slowly lost touch with her fitness goals, and her overall health when she entered University. She began taking part in modeling shoots throughout her time in college, but she quickly fell out of love with training in the gym due to her busy lifestyle. 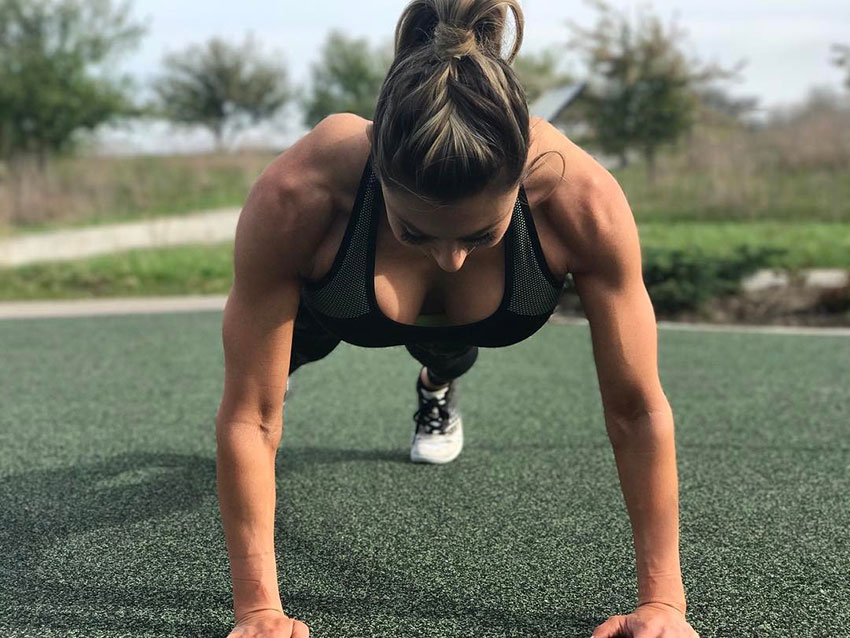 During her time at university, Laura spent her days partying, paying little attention to her nutrition and sleeping irregularly. As a result of this, her fitness levels soon began to suffer. During this period, keeping fit was no longer a priority for her.

Throughout her early university career, Laura followed a hectic schedule that involved not only attending lectures, also modeling photo shoots. Because of this, Laura barely had any time for herself. Soon enough, this began to have a negative impact on her life.

It was at this point, her life began to commence on a downward spiral. Laura’s disorganized and unhealthy lifestyle meant that for some time, she relied on prescription drugs and suffered from anemia as a result of her poor eating habits.

But one day, that all began to change, when Laura realized that it was now or never – being the only one that could improve her life. From this moment onward, her love for fitness was reignited. Because of this new found passion for her health, she was motivated more than ever to get her life back.

Dedicated to Helping Others

Laura began training consistently, determined to push past any negative aspects of her life. She worked out at least 30 minutes a day, 3-4 times per week, aiming to regain her fitness levels.

Laura continued to train regularly right up until her graduation from university, when she became a registered nurse. After overcoming a period of ill-health herself, Laura became dedicated to help others follow her lead.

However, Laura also wanted to make a success out of her fitness modelling career. Eventually, she achieved just that – earning WBFF Pro status in 2011, alongside becoming a cover model for a world-famous fitness magazine in 2013.

After reaching her own fitness goals, Laura became an influential personal trainer, inspiring people across the world with her story. 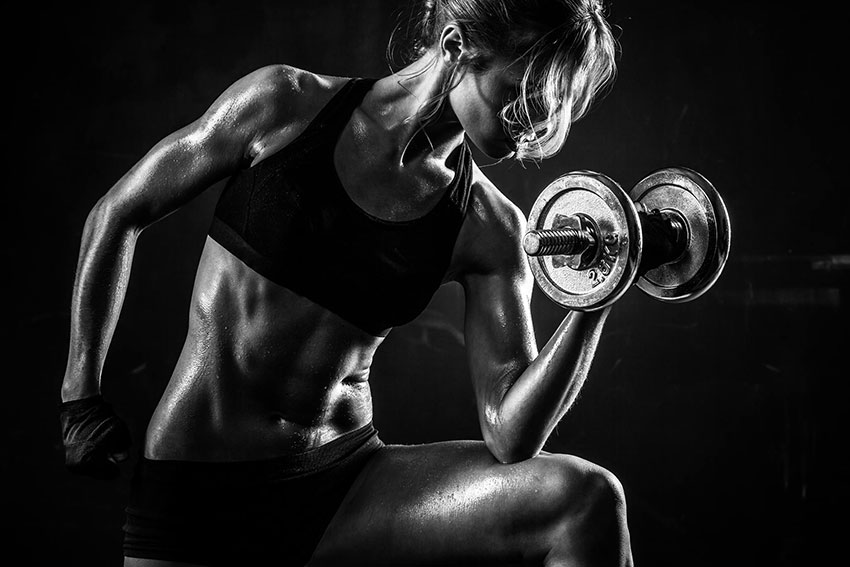 Laura trains in the gym 5 – 6 days per week, giving her the best chance to reach her fitness goals. While performing her workouts, Laura likes to perform super sets, particularly when training legs – her favorite muscle group.

Her workouts are generally based around the following split: 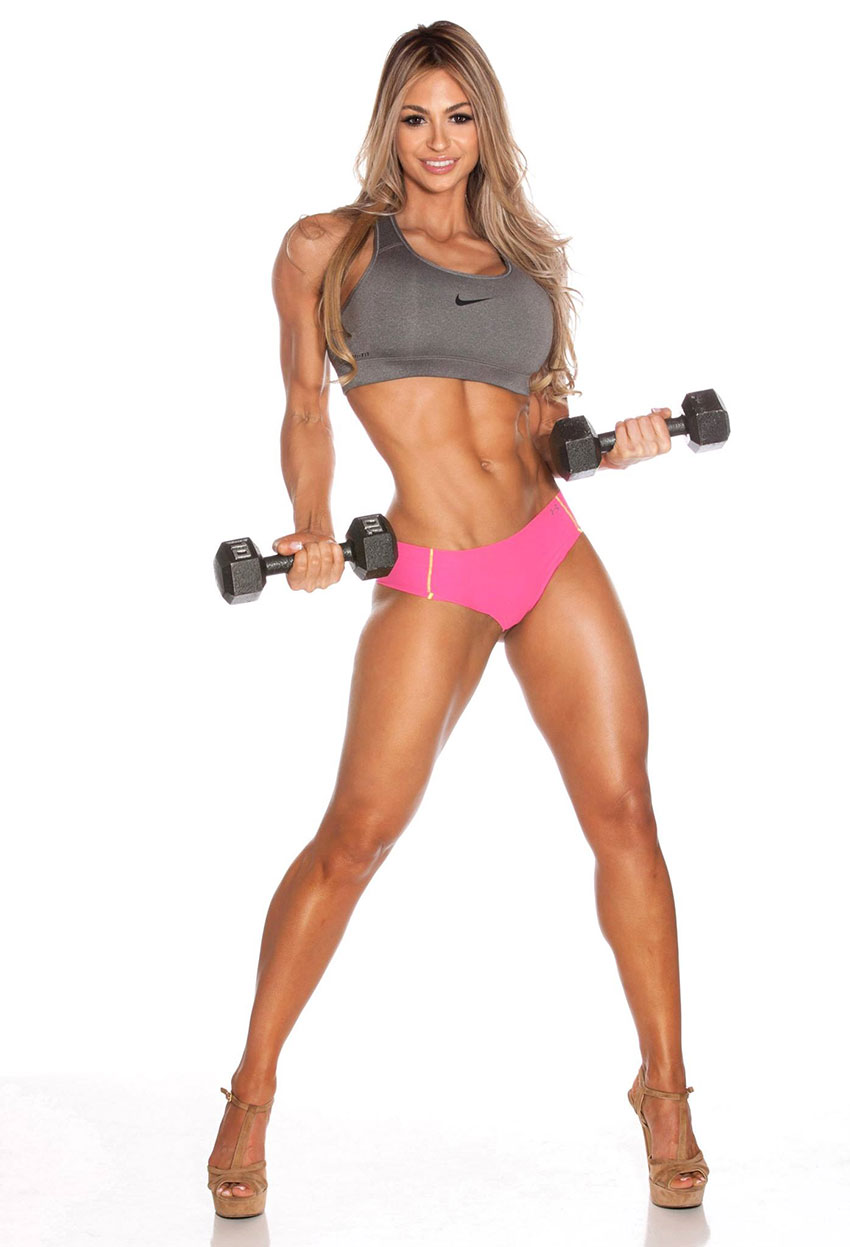 Laura generally bases her diet around eating ‘clean’ foods, although she has an occasional cheat meal as an incentive to reach her fitness goals.

Her overall meal plan revolves around healthy fats, lean protein and complex carbohydrates. Eating frequently up to 7 meals per day, Laura follows a nutrition plan that consists of the following meals: 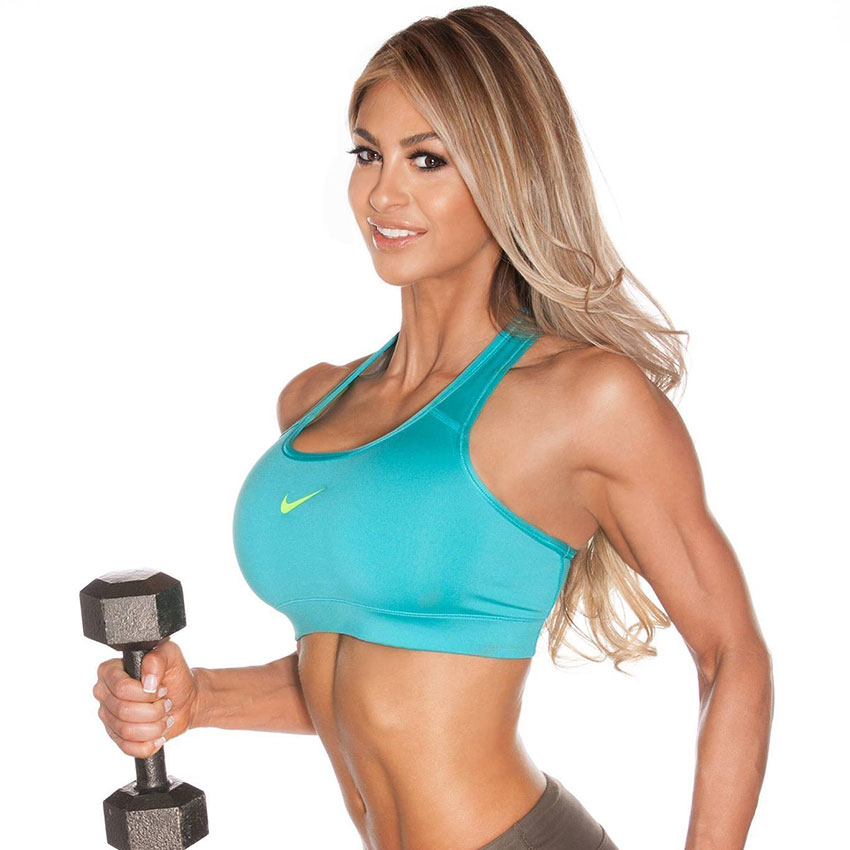 Laura greatly respects the likes of Ronda Rousey, who has established herself as a world-renowned athlete. Laura aims to follow in her footsteps, to become a success in her own life.

In addition, Arnold Schwarzenegger is also one of Laura’s influences. Arnold’s phenomenal physique in his heyday alongside his life’s accomplishments are something that Laura greatly admires.

However, Laura highlights the importance of self-motivation, taking advantage of the support from her fans, and following the example of successful business owners in fitness. Laura states that this is the key to success.

“I just keep pushing myself to strive to always be the best I can possibly be. My fans push me to and I’m intrigued by business owners and entrepreneurs in this industry and how they got to where they are now”. 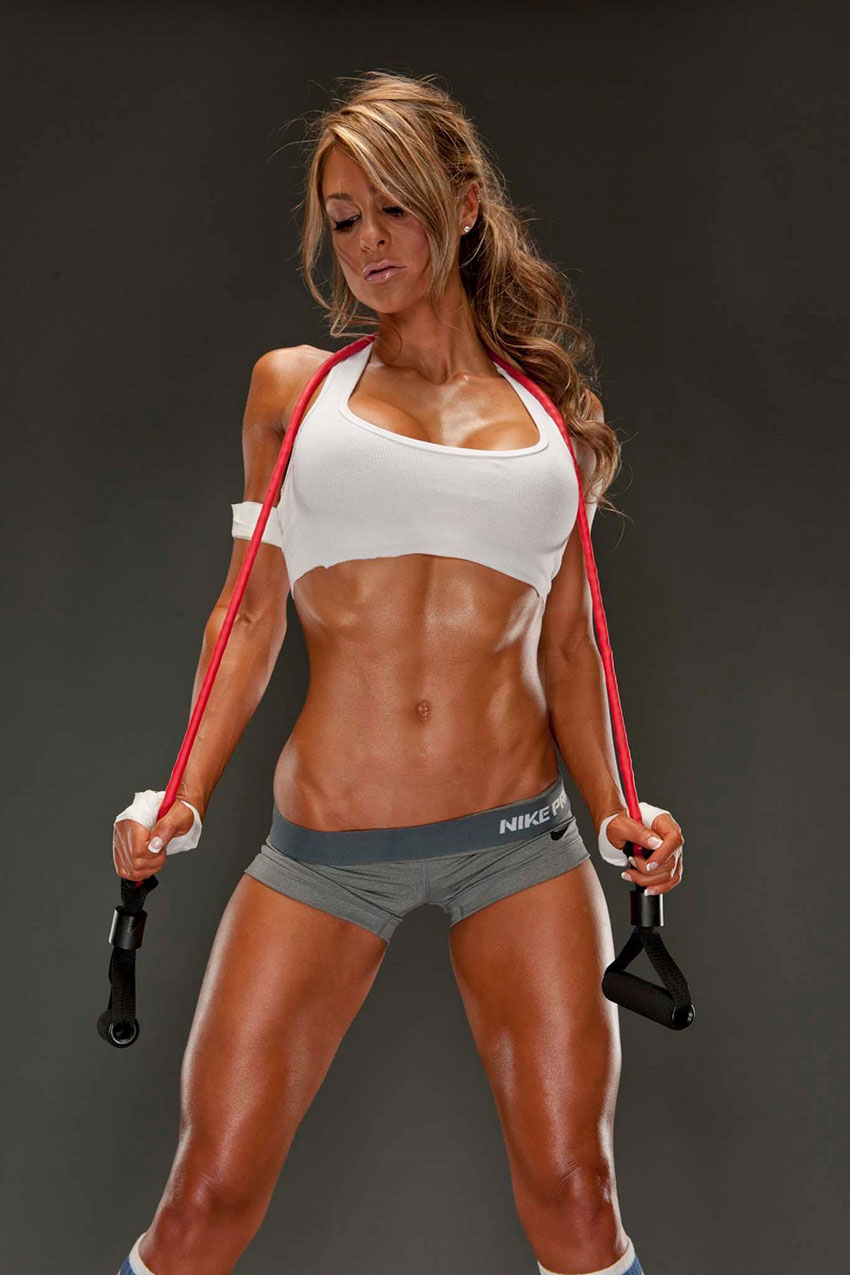 What we can learn from Laura Michelle Prestin

What we can learn from Laura Michelle Prestin is; her life reached a low point in which she thought there wasn’t a way out. But one day, Laura realized that she needed to make a change. Because of this, Laura completely turned her life around – dedicating her life to helping others not only as a nurse, but also a personal trainer.

Through hard work and determination, Laura reignited her fitness journey to overcome a dark period in her life. In the process, she achieved great things such as earning WBFF Pro status in 2011, and becoming a cover model in 2013.

To keep pushing forward in your own life – follow Laura’s example, you too could have the potential to achieve your life’s goals – just like her.

Laura you are some kind of delicious, the pictorials of you tugging on your bottoms with the fake bake are some kind of special. Really enjoy the pics of you in the slingshot bikini and high heels, the photographer must really enjoy getting you to pose provocatively and seductively. Love your sexy legs and beautiful face. I bet you’re a handful in the bedroom, mmmm!